Croonaert Chapel Cemetery is located 6 kilometres south of Ieper town centre, between the villages of Voormezele and Wijtschate.

From Ieper town centre the Kemmelseweg is reached via the Rijselsestraat, through the Lille Gate (Rijselpoort), and straight on towards Armentieres (N365). 900 metres after the crossroads is the right hand turning onto the Kemmelseweg, (made prominent by a railway level crossing). Follow the Kemmelseweg to the crossroads next to the Goudezone factory. Turn left into Vierstraat and follow this road and then take the first turning left. The cemetery is along here on the left.

Visitors to this site should note a 200 metre grassed access path which is unsuitable for vehicles.

Croonaert Chapel was a shrine in a hamlet on the Wytschaete-Voormezeele road, and was in No Man's Land before the Battle of Messines 1917. The cemetery was begun by the 19th Division Burial Officer in June 1917, and used until the following November. Two further burials were made in April 1918 and January 1919.

Croonaert Chapel Cemetery contains 75 Commonwealth burials of the First World War, seven of which are unidentified. 51 German graves of June 1917 were removed after the Armistice. 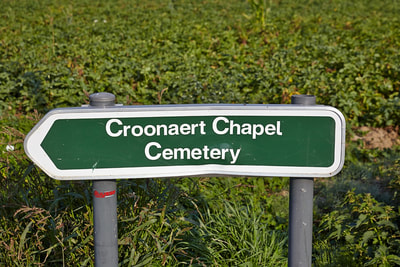 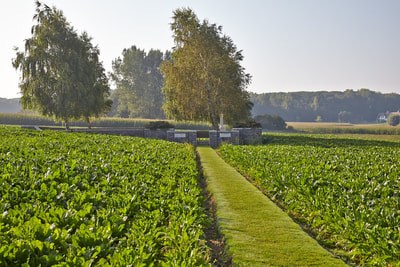 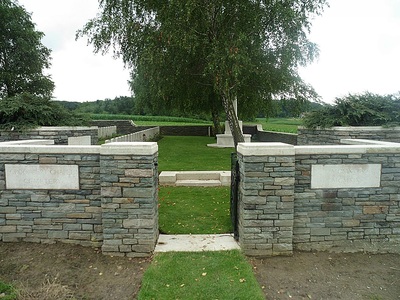 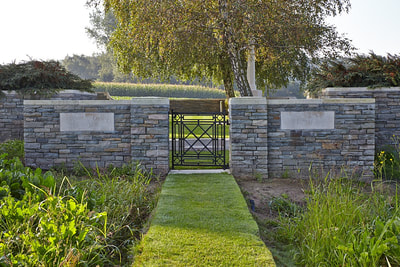 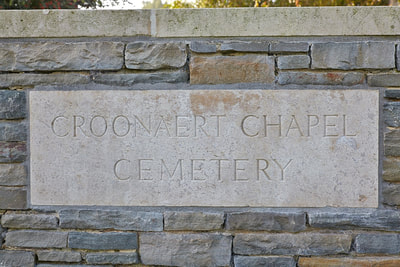 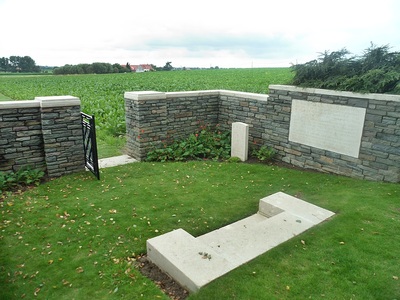 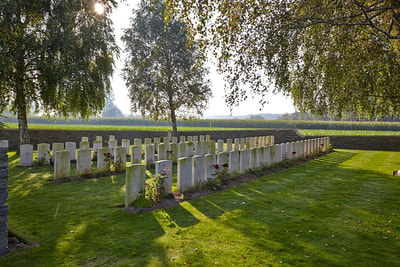 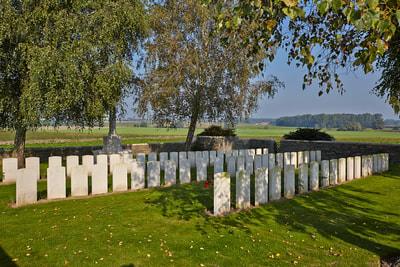 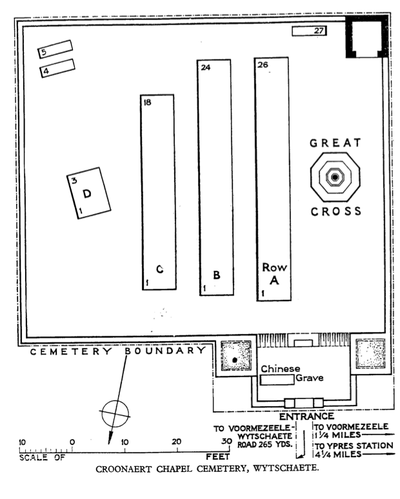 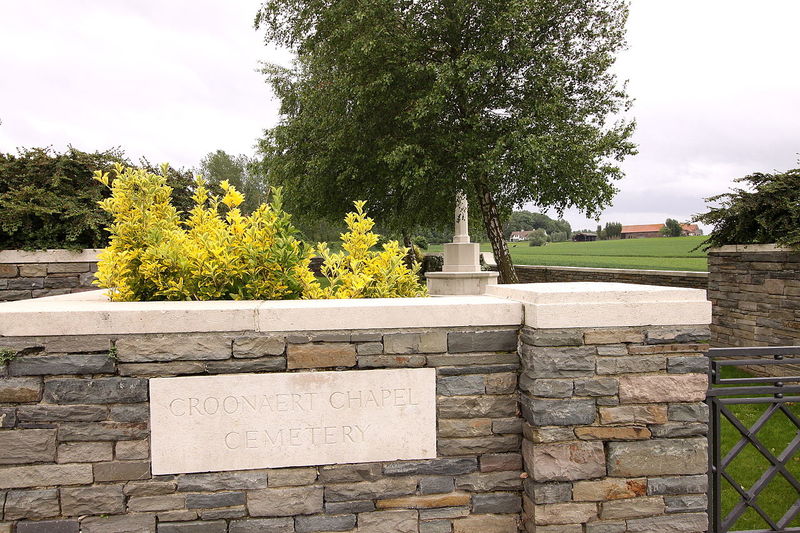 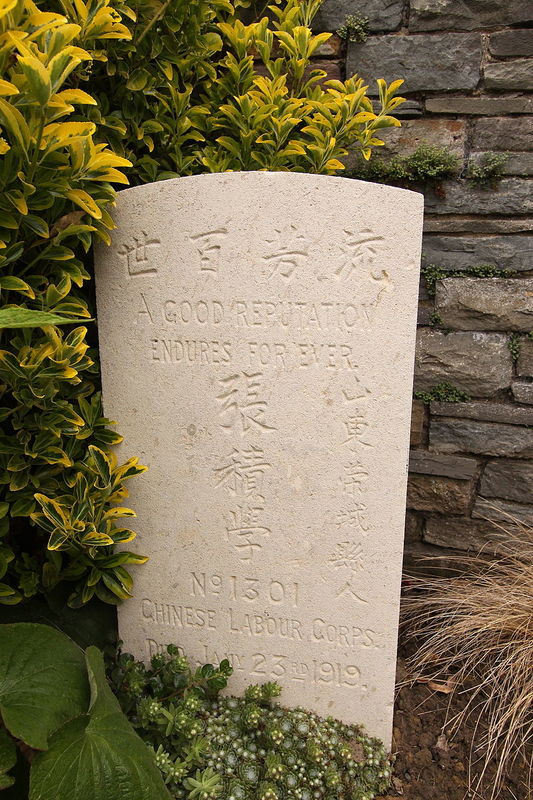 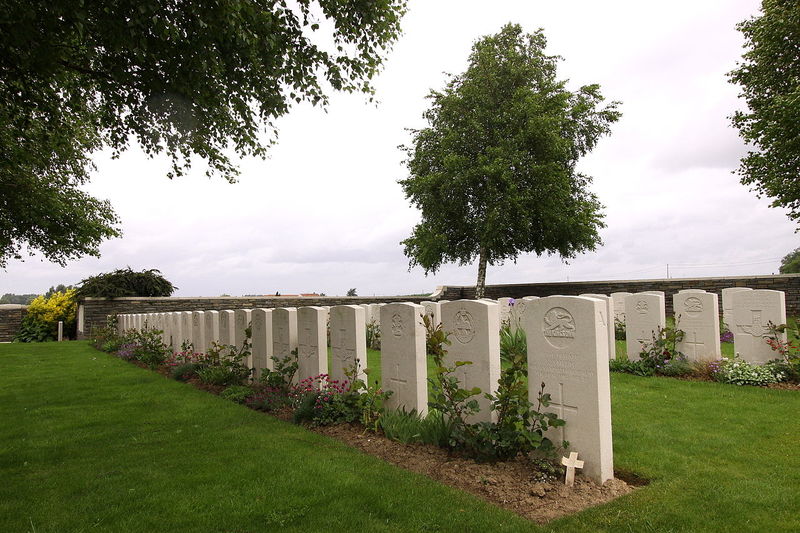 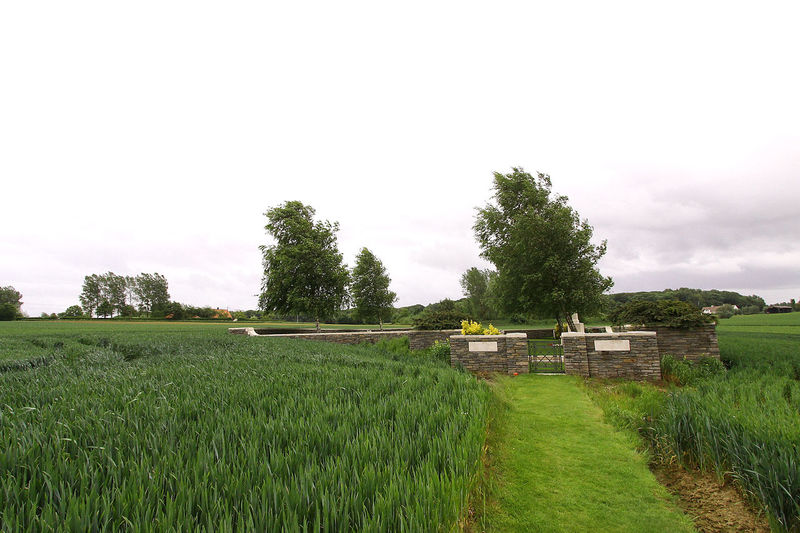 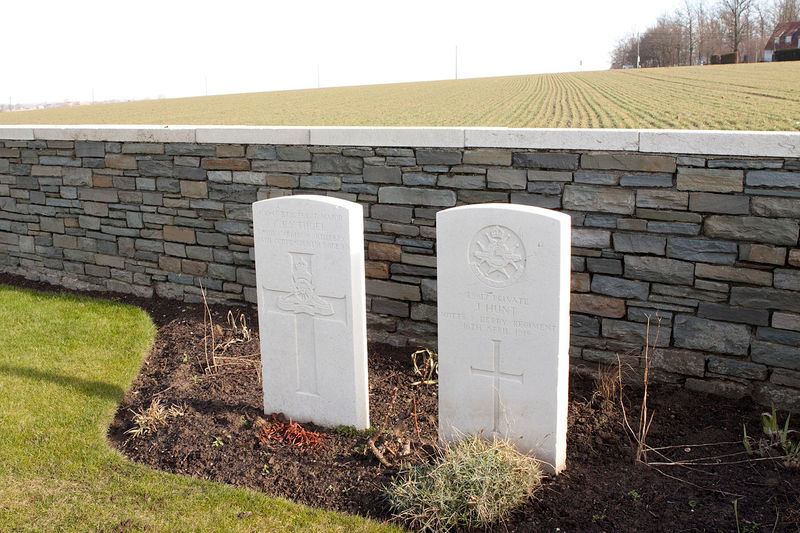 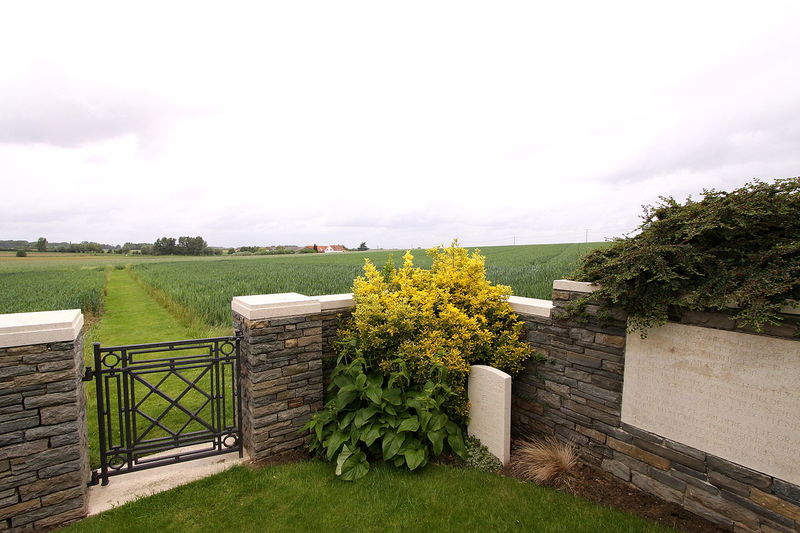 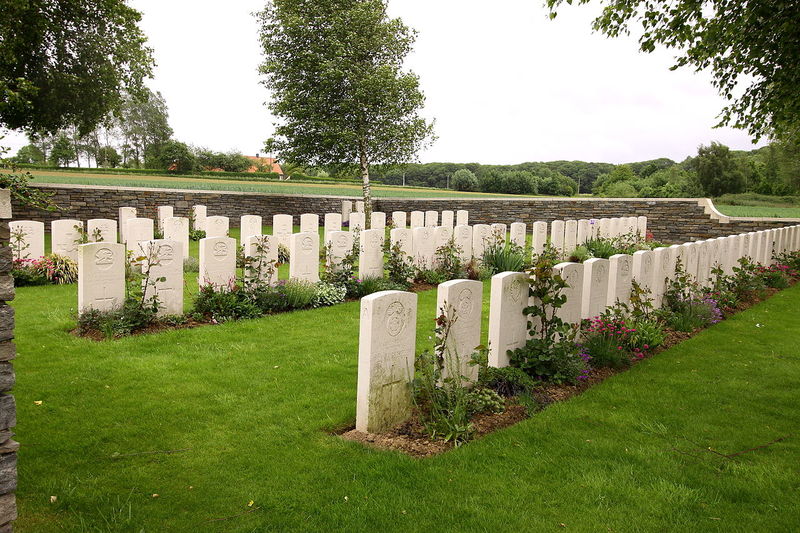 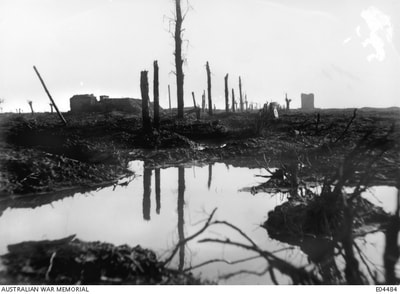 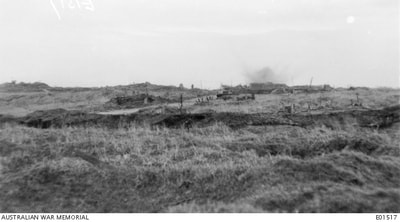 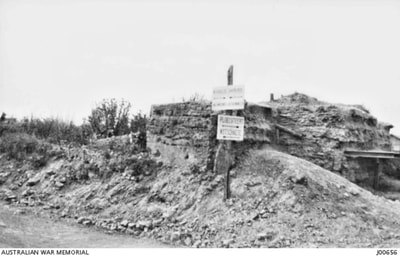 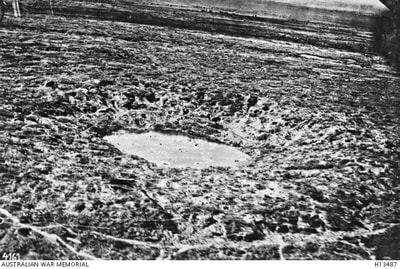 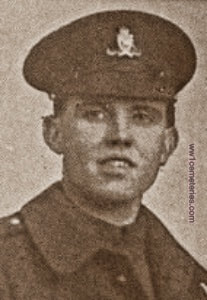 Son of Thomas A. and Elizabeth Caroline Barker, of Brickyard, Toutley, Wokingham. 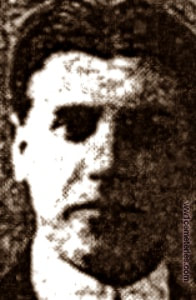 ​His headstone bears the inscription; "For Ever With The Lord. Lovingly Remembered By His Wife Maud And All." 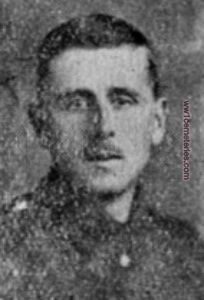 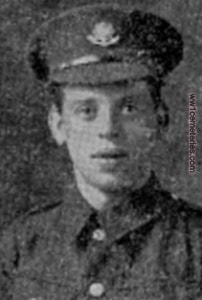 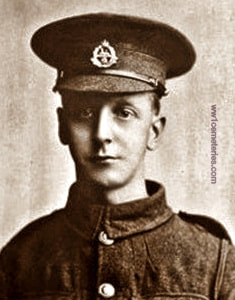 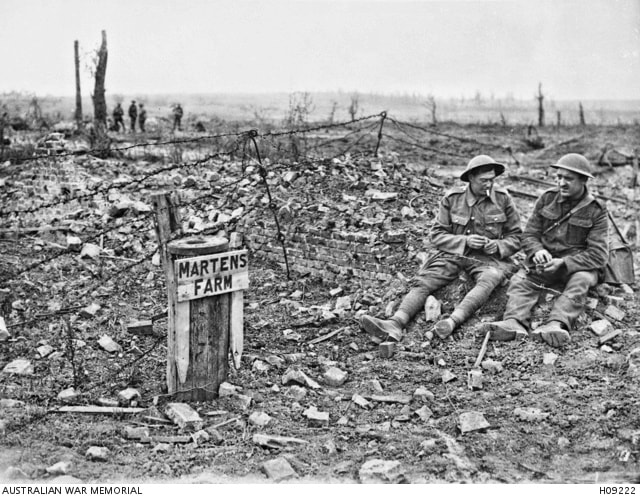 Wytschaete, Belgium. c. 1917. Two British Army soldiers seated beside a sign which indicates that the war ruined area had been known as Martens Farm. 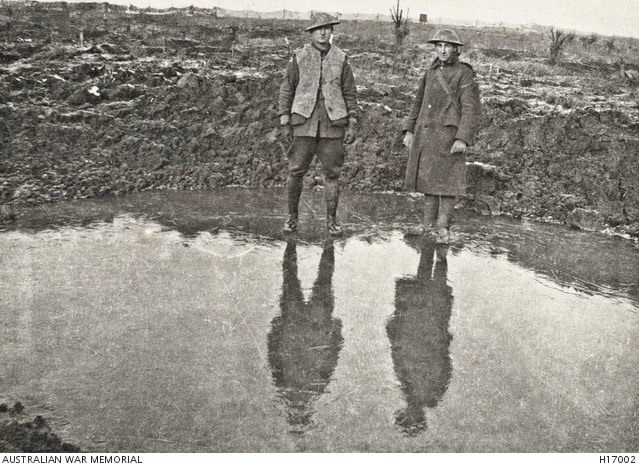 Messines Area, Belgium. 6 December 1917. Privates W. Treweeke and S. Best of the 3rd Pioneer Battalion, AIF, standing on the frozen surface of a water filled mine crater on Wytschaete Ridge.