Cugny is a village in the department of Aisne, some 30 kilometres south-west of St Quentin on the D937. When passing through the village there is a large crucifix at the edge of the road, take the small road opposite this and then the first track on the right which leads to the cemetery. On entering the cemetery, turn immediately right and the war graves will be found at the rear of the cemetery on your right. 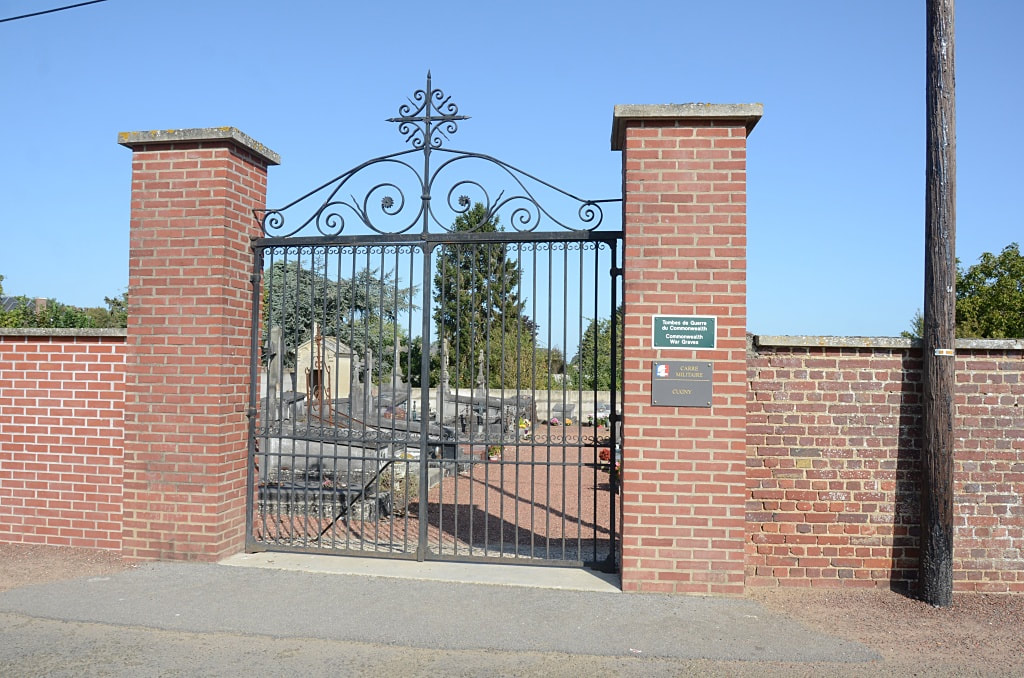 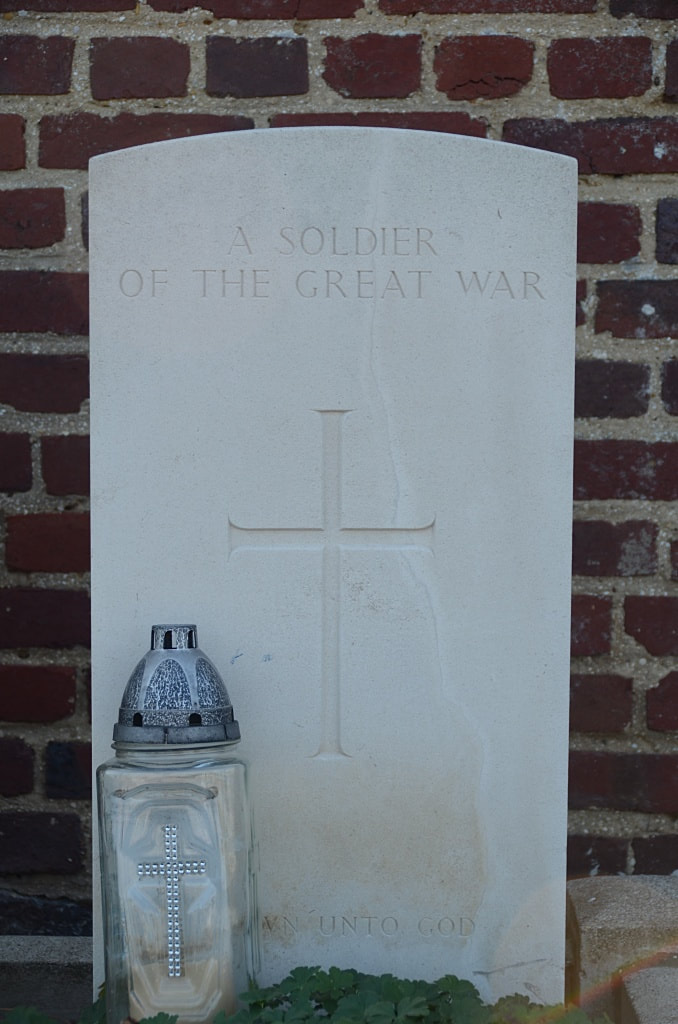 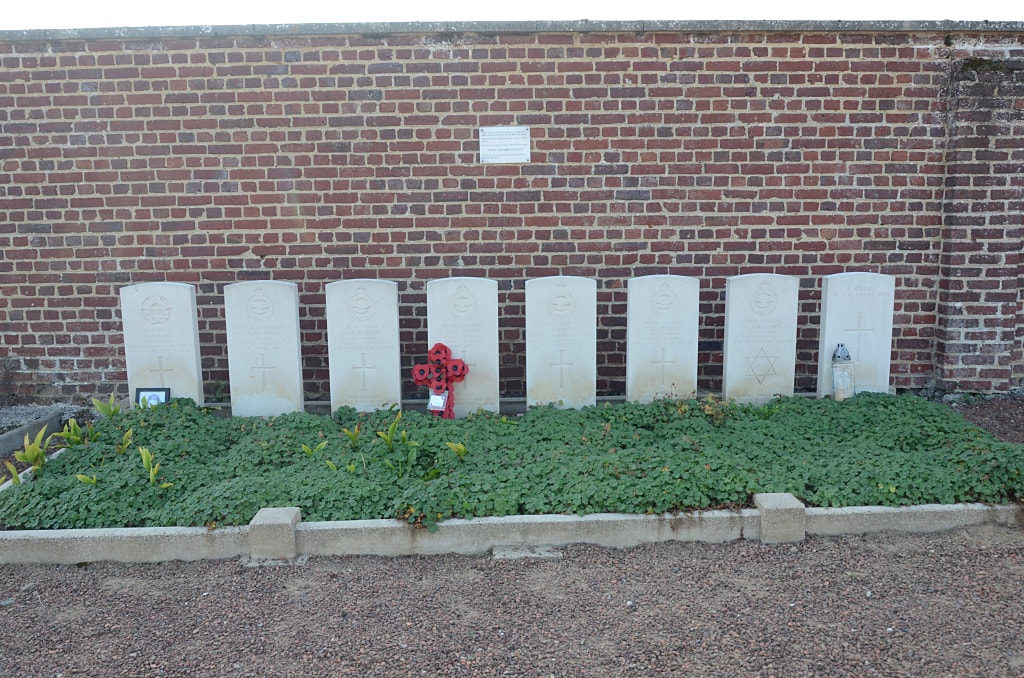 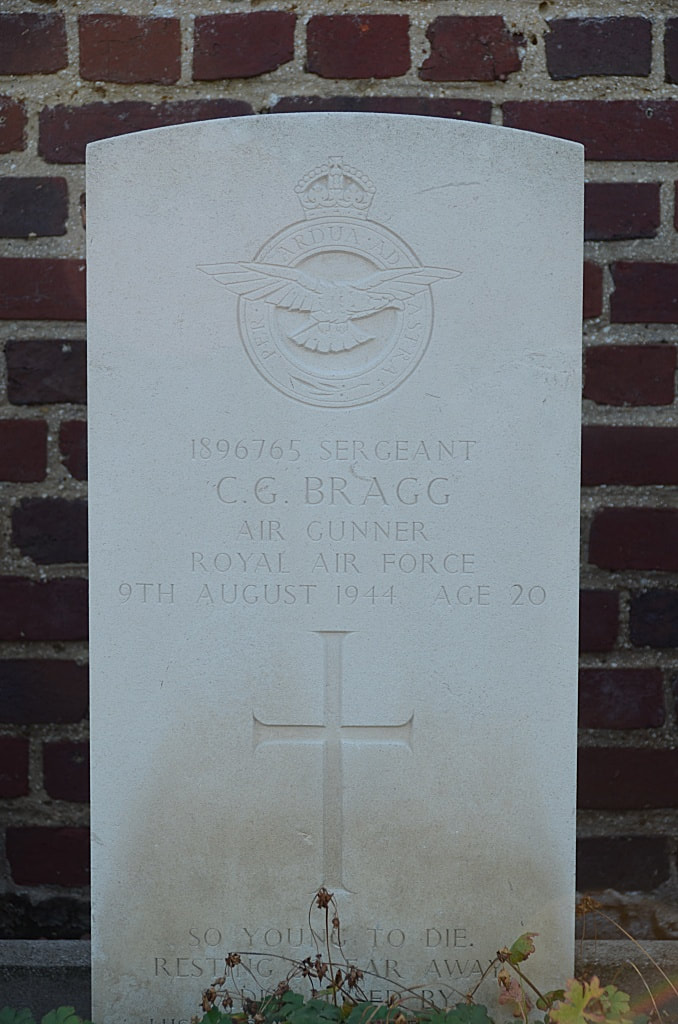 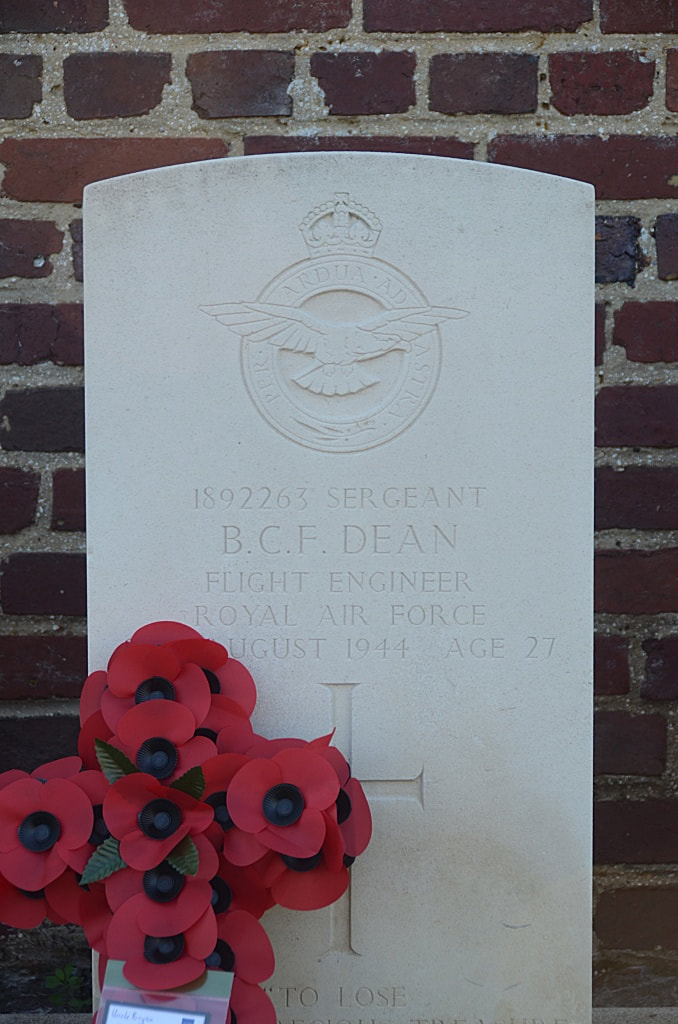 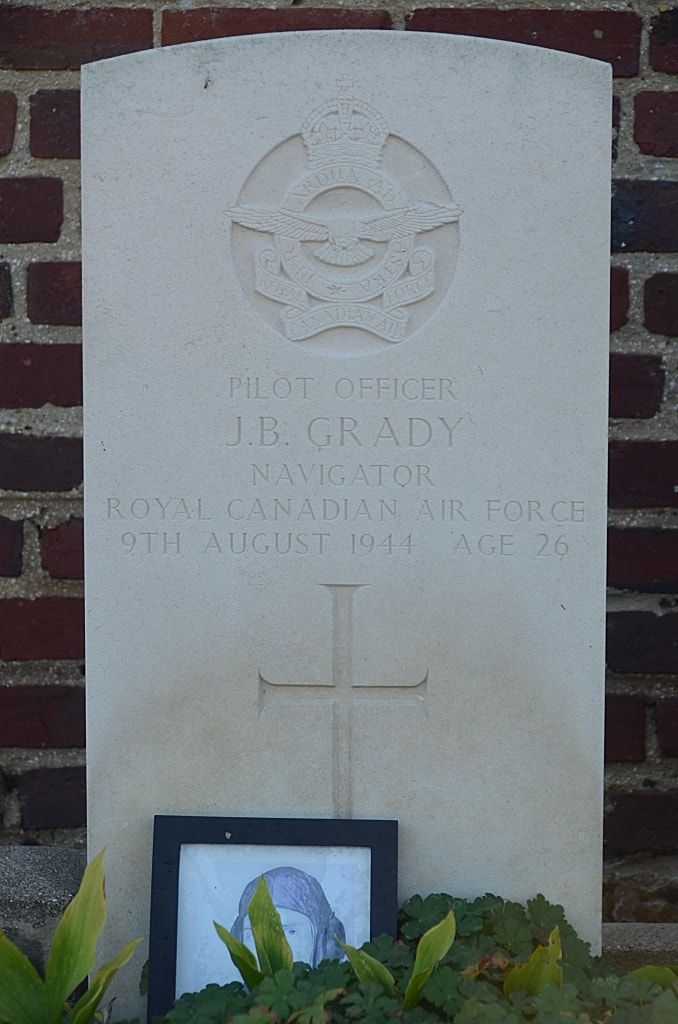 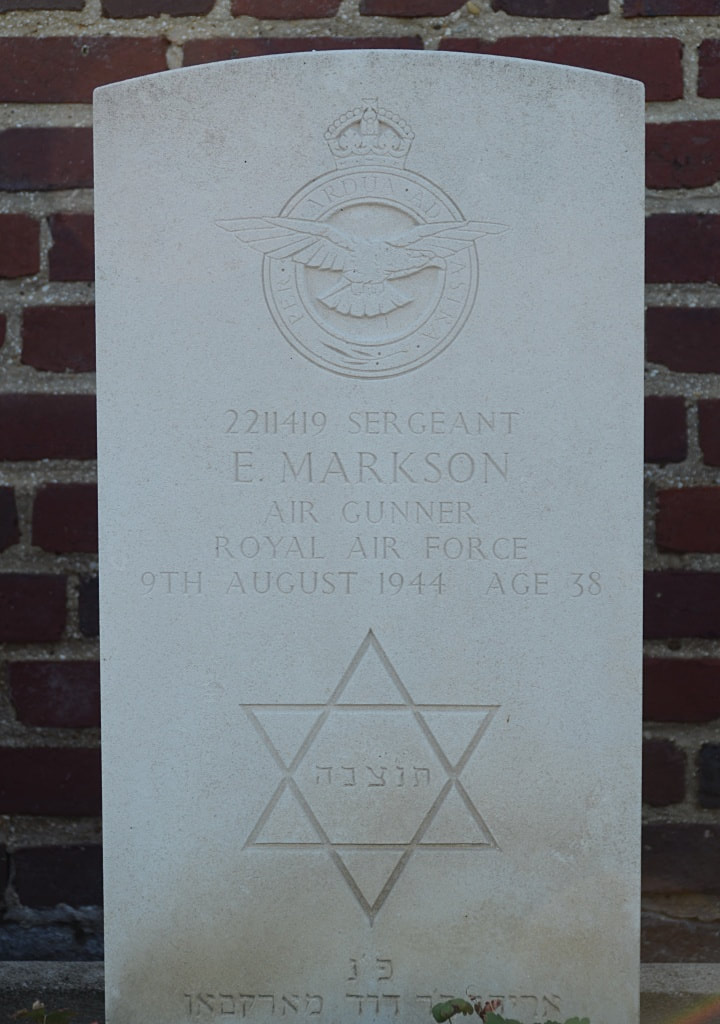 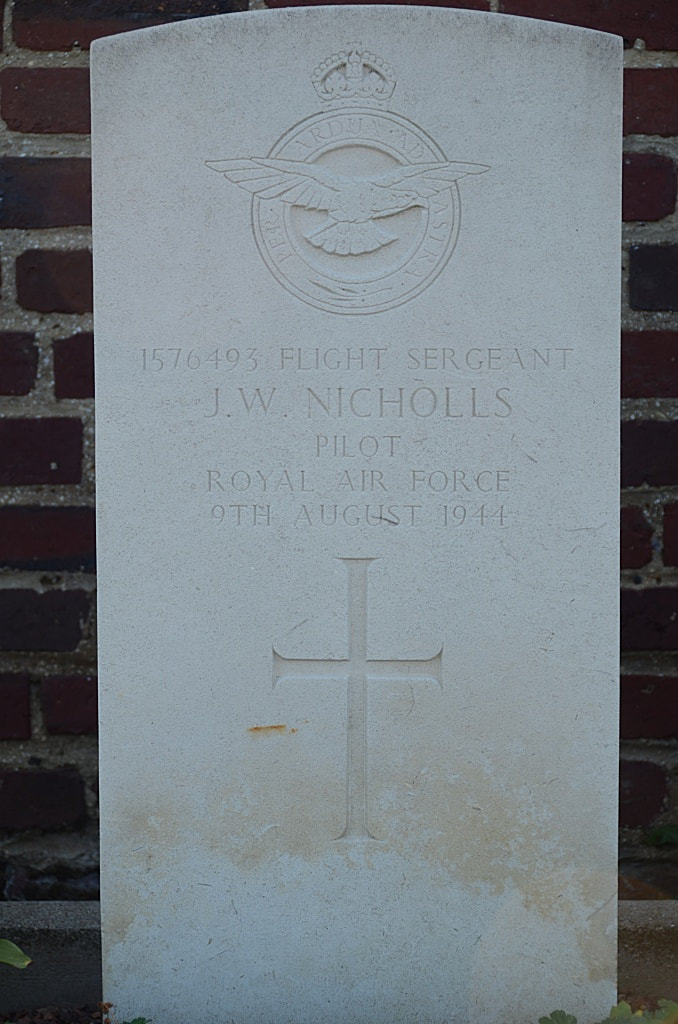 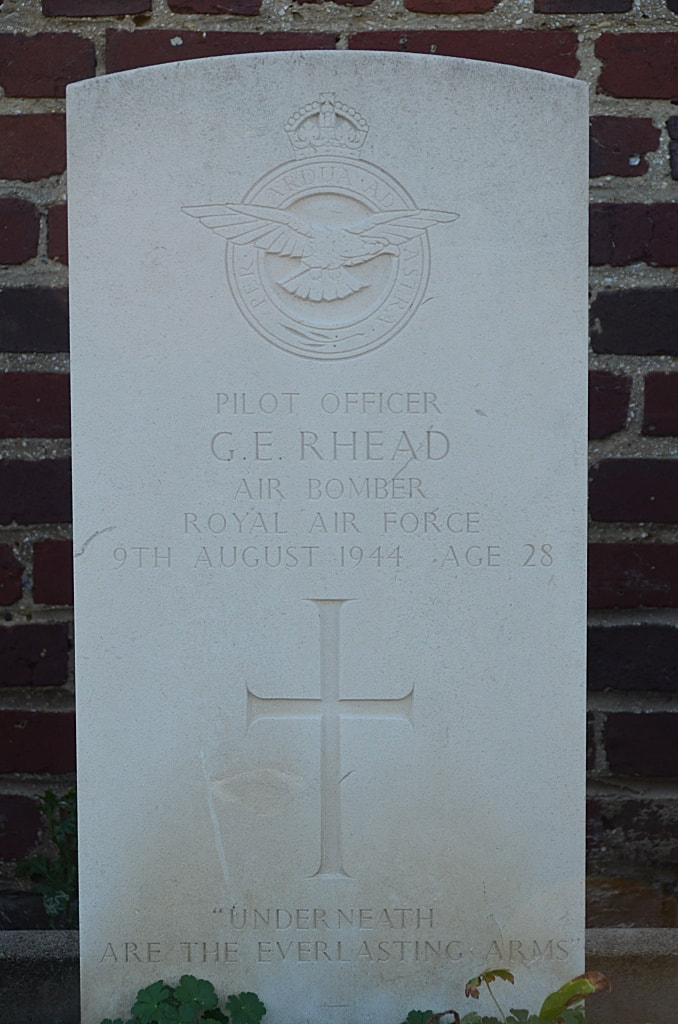 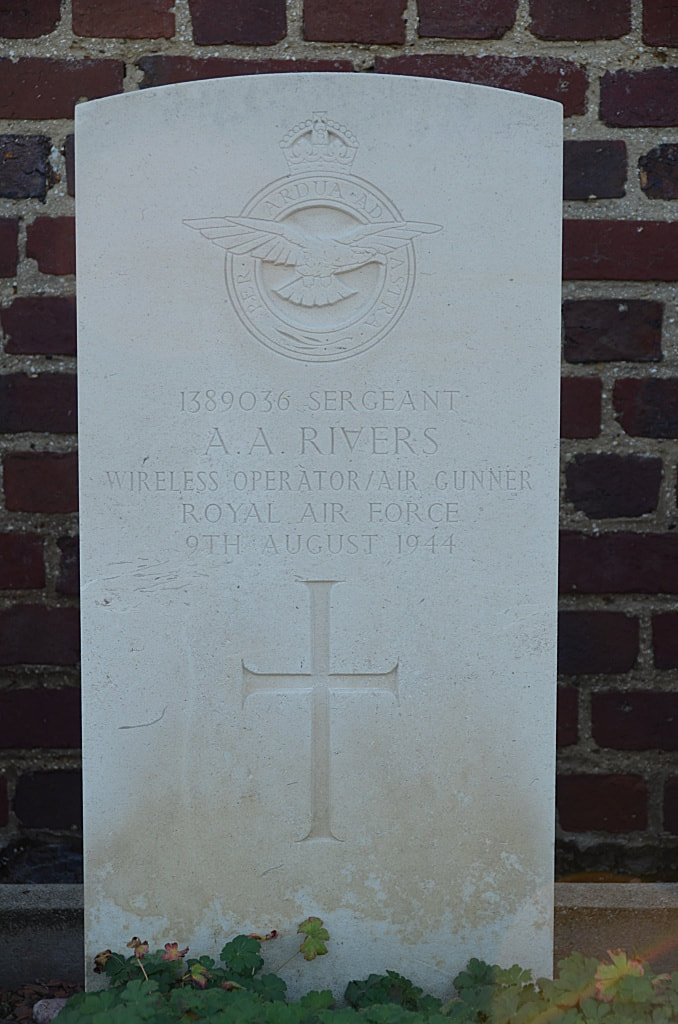 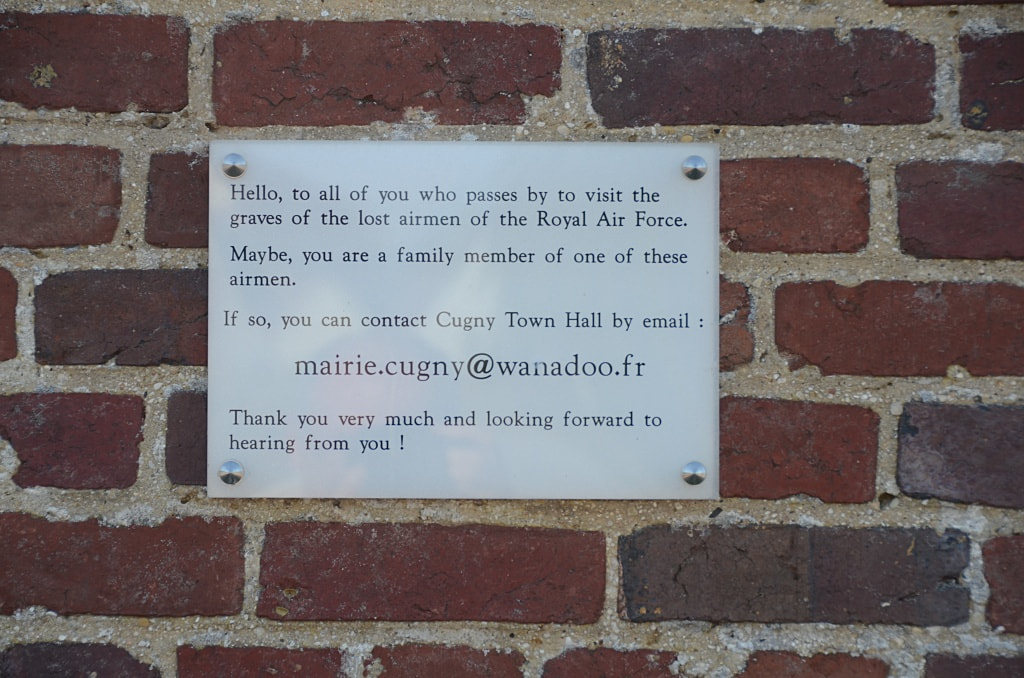 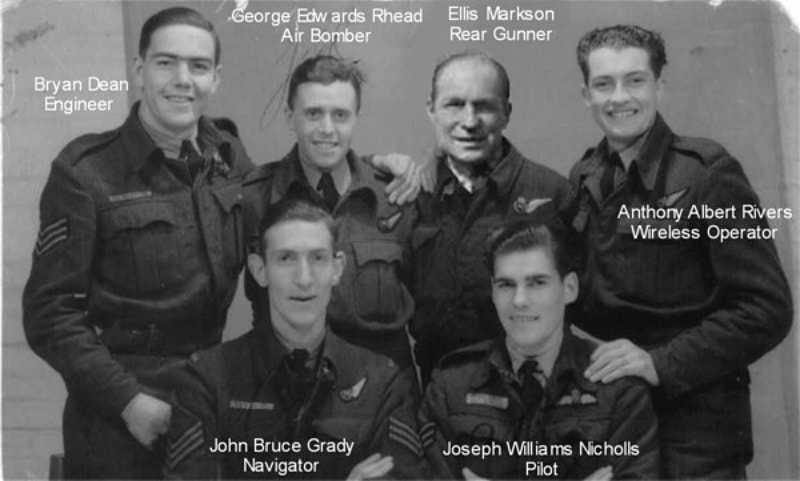 Six of the seven members of the crew killed at Cugny 9th August 1944.
(Courtesy of John Grady)
​ 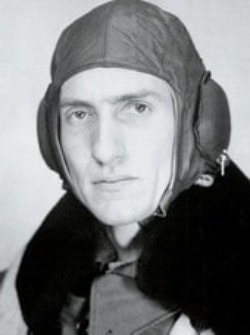 ​His headstone bears the inscription " His Country Called; He Heard And Obeyed" 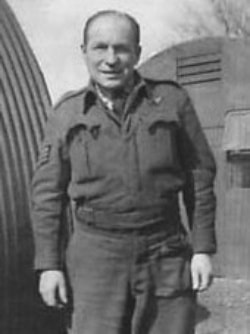 Son of David and Sarah Markson; husband of Ethel Markson of Liverpool. 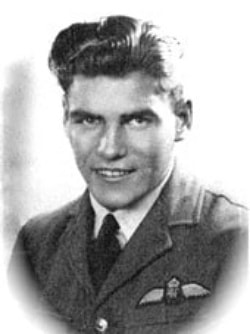 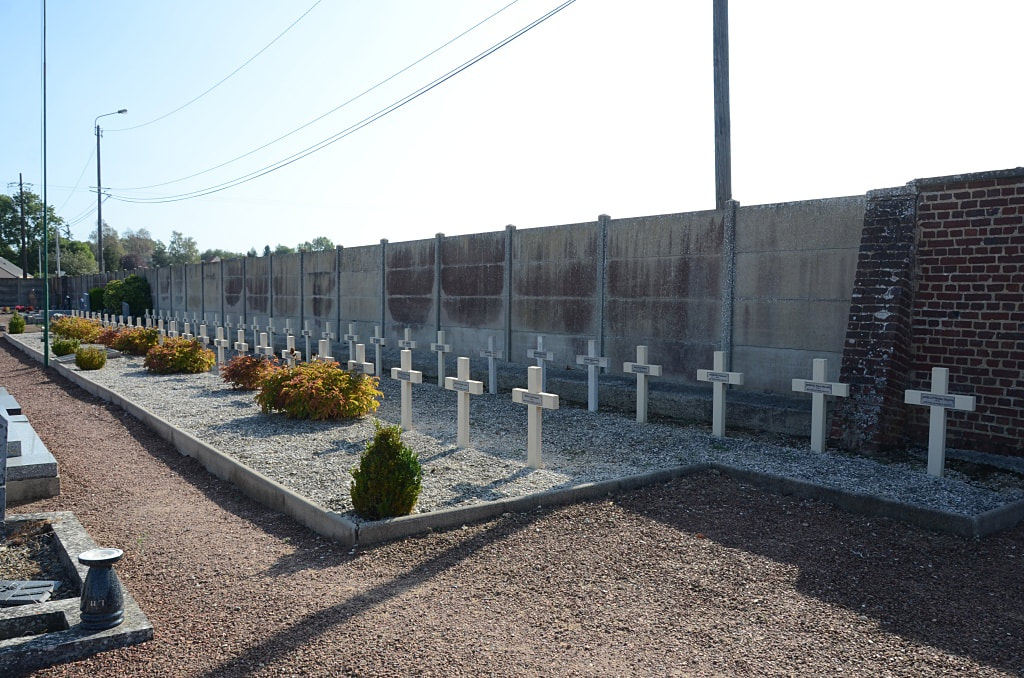 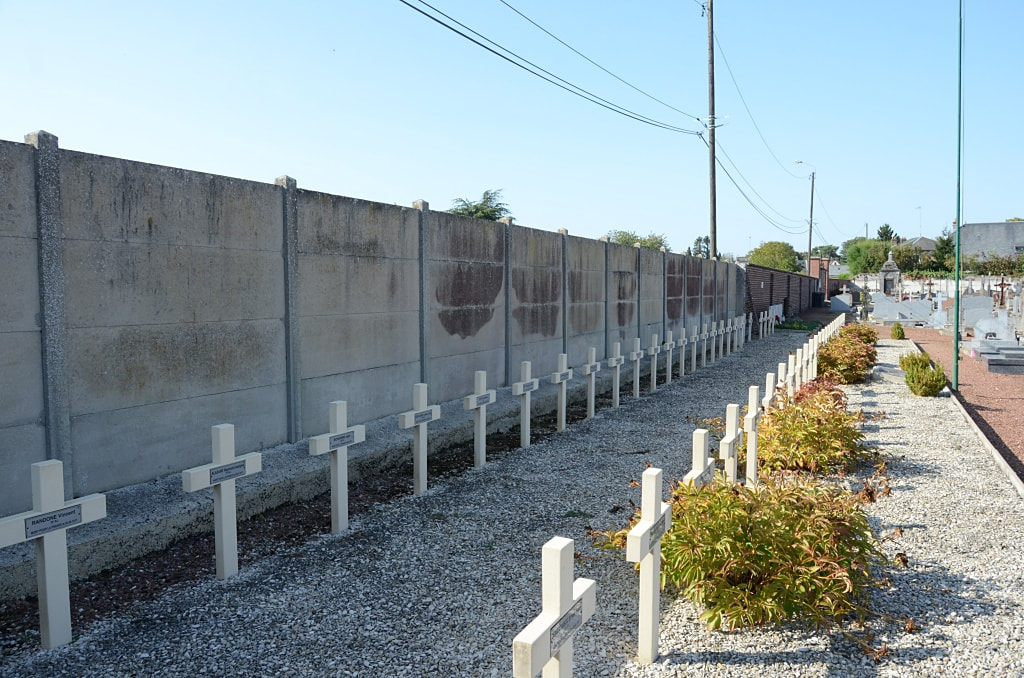 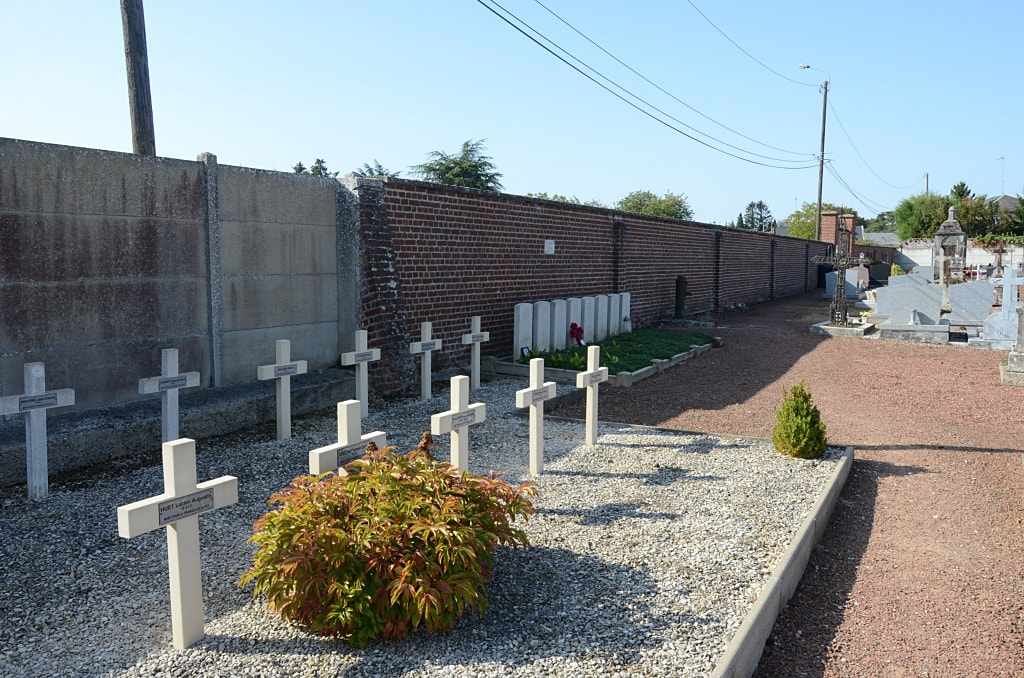 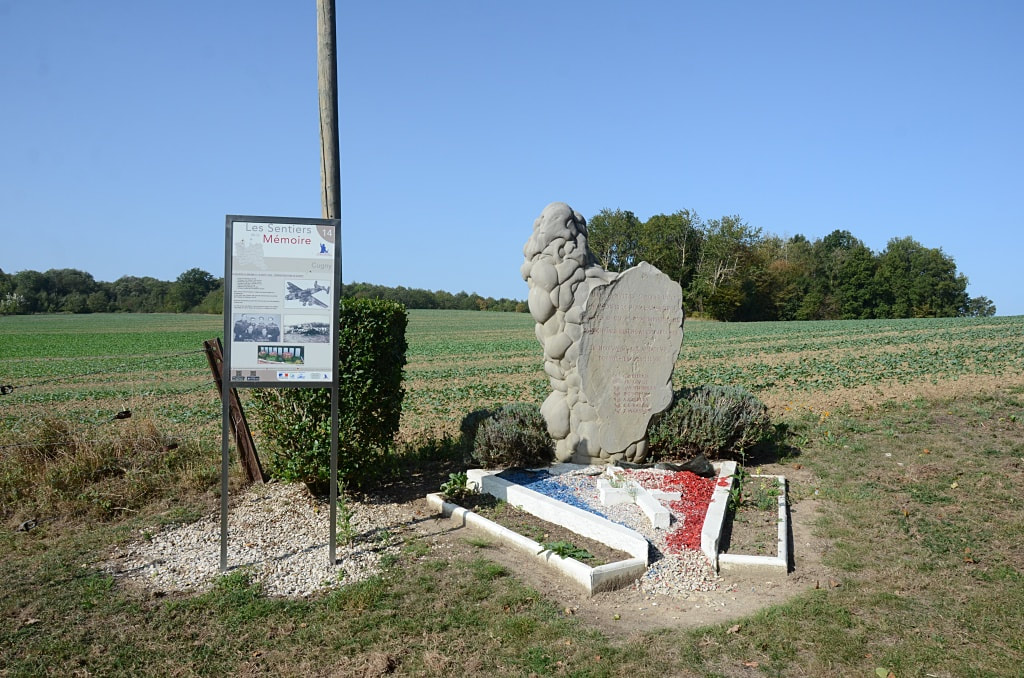 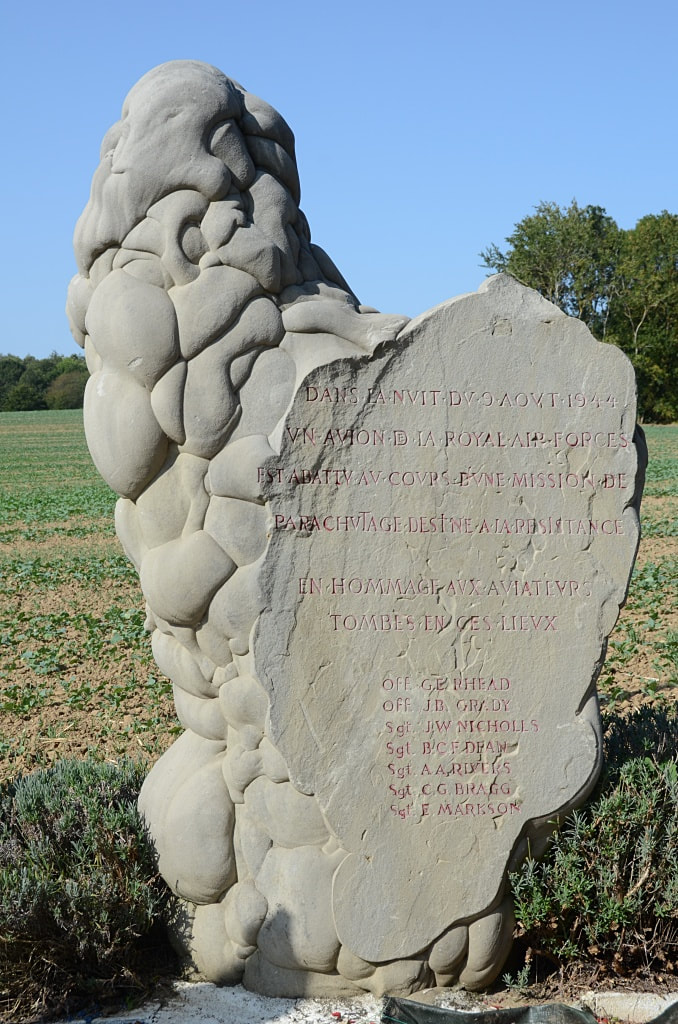 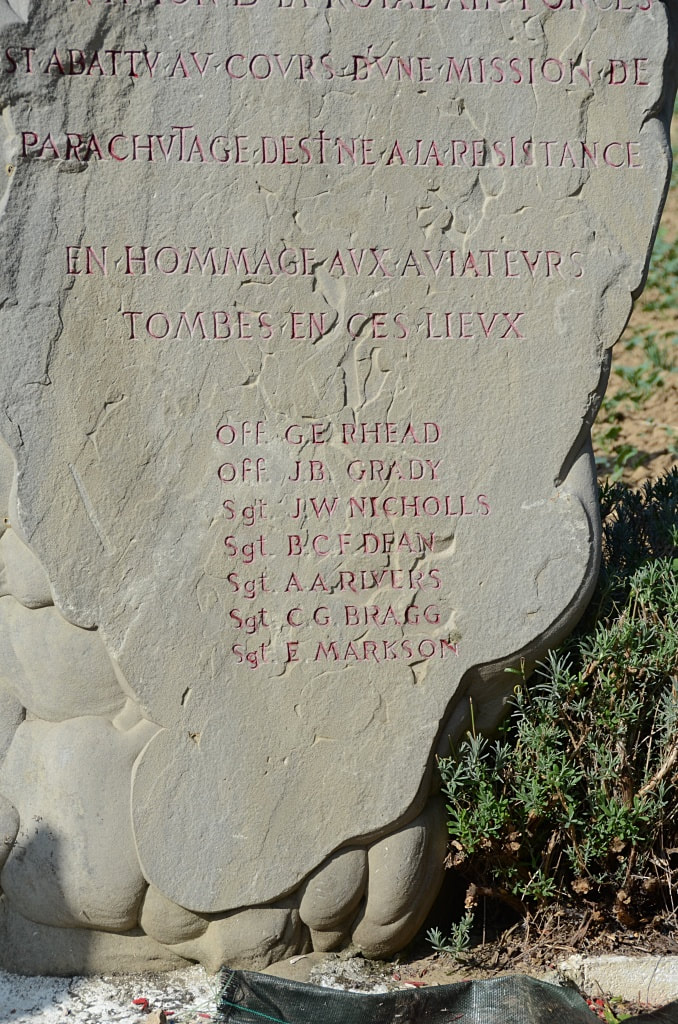 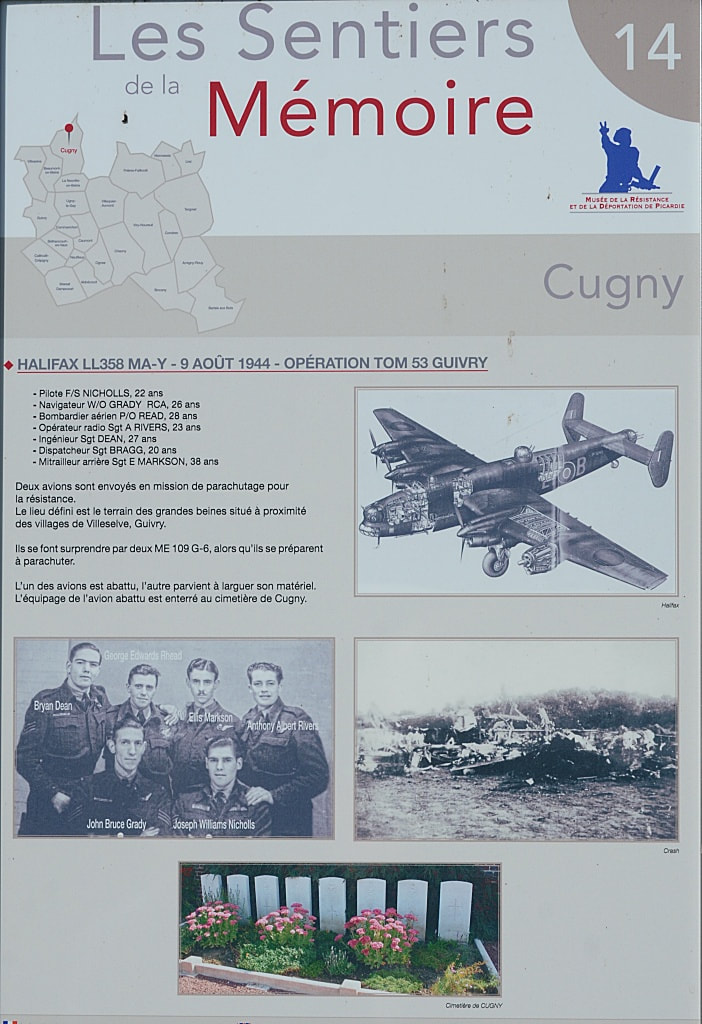 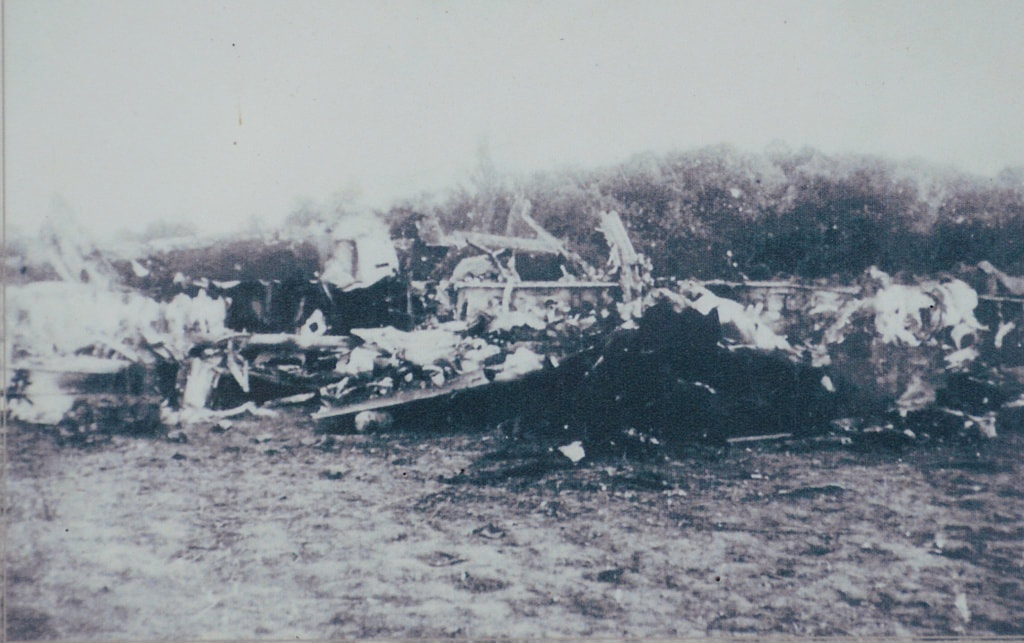 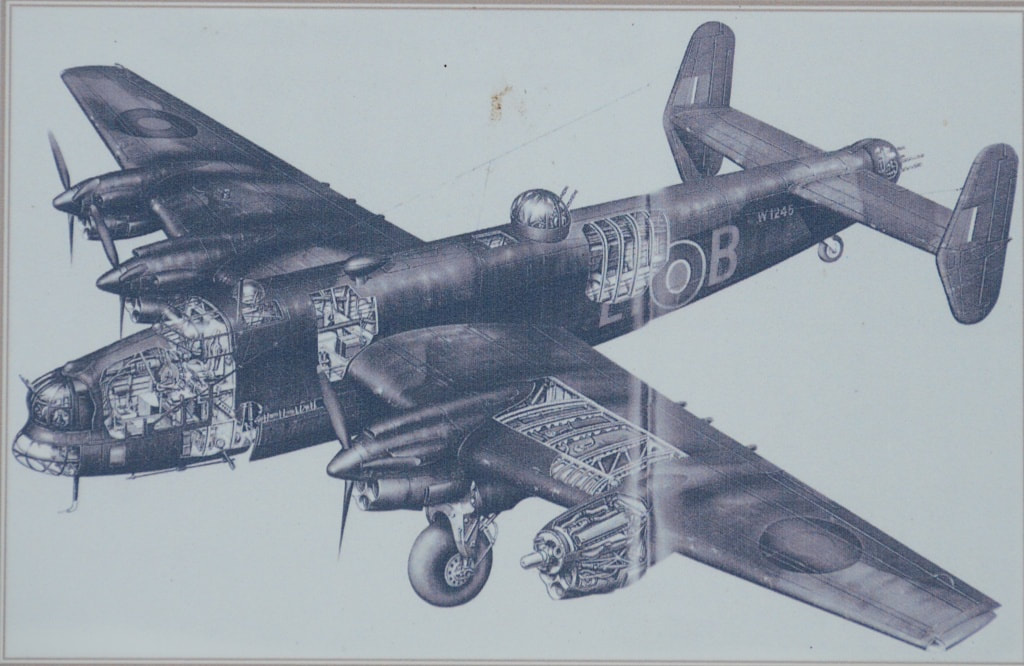 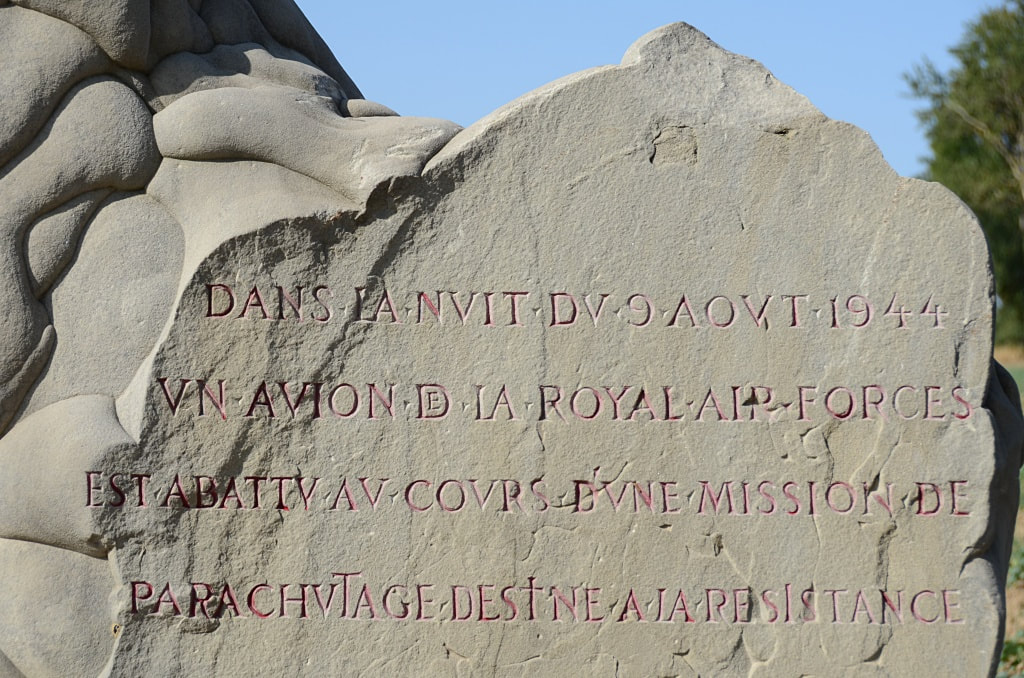 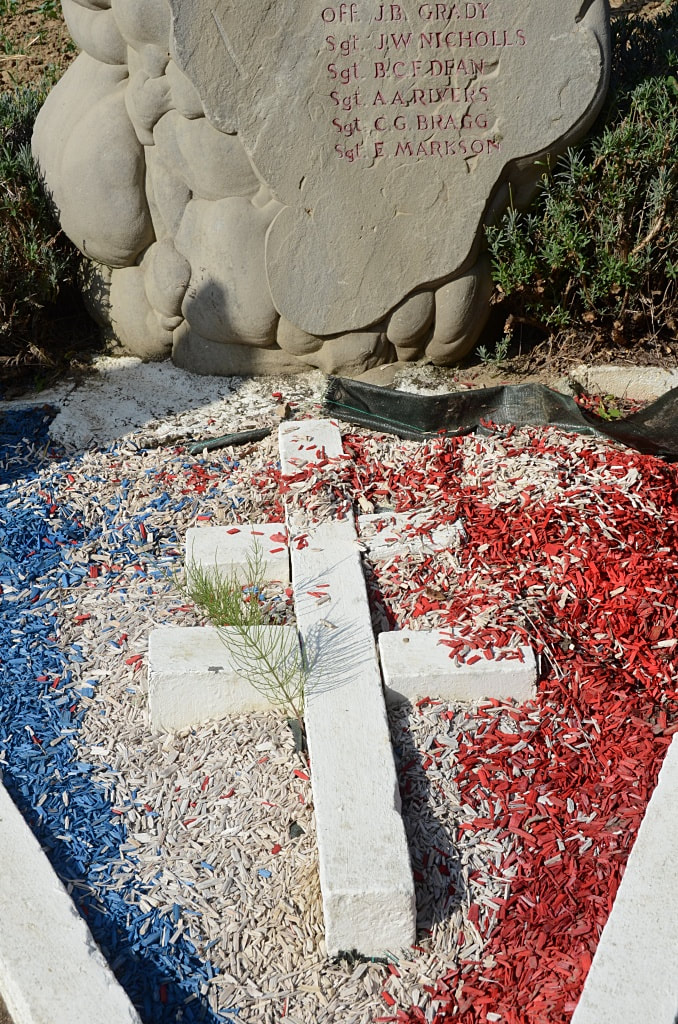