Longueval is a village 11 kilometres east of Albert. Delville Wood Cemetery is east of the village and on the south side of the road from Longueval to Ginchy.

Delville Wood was a tract of woodland, nearly 1 kilometre square, the western edge of which touched the village of Longueval in the Somme. On 14 July 1916 the greater part of Longueval village was taken by the 9th (Scottish) Division and on the 15th, the South African Brigade of that Division captured most of Delville Wood. The wood now formed a salient in the line, with Waterlot Farm and Mons Wood on the south flank still in German hands, and, owing to the height of the trees, no close artillery support was possible for defence.

The three South African battalions fought continuously for six days and suffered heavy casualties. On 18 July, they were forced back and on the evening of the 20th the survivors, a mere handful of men, were relieved. On 27 July, the 2nd Division retook the wood and held it until 4 August when the 17th Division took it over. On 18 and 25 August it was finally cleared of all German resistance by the 14th (Light) Division. The wood was then held until the end of April 1918 when it was lost during the German advance, but was retaken by the 38th (Welsh) Division on the following 28 August.

DELVILLE WOOD CEMETERY was made after the Armistice, when graves were brought in from a few small cemeteries and isolated sites, and from the battlefields. Almost all of the burials date from July, August and September 1916.

There are now 5,523 burials and commemorations of the First World War in this cemetery. 3,593 of the burials are unidentified but there are special memorials to 27 casualties known or believed to be buried among them. Other special memorials record the names of three soldiers buried in Courcelette Communal Cemetery German Extension, whose graves were destroyed by shell fire.

Opposite the cemetery stands the SOUTH AFRICAN NATIONAL MEMORIAL. Originally intended as a memorial to the South African servicemen who served and died in all theatres during the First World War, this was later extended to include the Second World War and the Korean War. 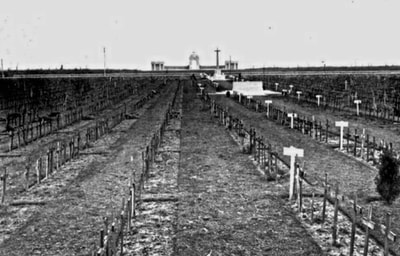 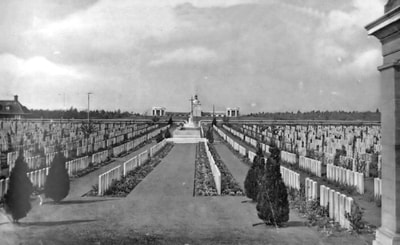 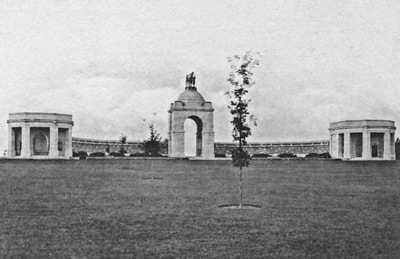 Citation: An extract from "The London Gazette" dated 24th Oct., 1916, records the following :-"For most conspicuous bravery. The enemy made a very strong counter-attack on the right flank of the battalion, and rushed the bombing post after killing all the company bombers. Serjeant Gill at once rallied the remnants of his platoon, none of whom were skilled bombers, and reorganised his defences, a most difficult and dangerous task, the trench being very shallow and much damaged. Soon afterwards the enemy nearly surrounded his men by creeping up through the thick undergrowth, and commenced sniping at about twenty yards' range. Although it was almost certain death, Serjeant Gill stood boldly up in order to direct the fire of his men. He was killed almost at once, but not before he had shown his men where the enemy were, and thus enabled them to hold up their advance. By his supreme devotion to duty and self-sacrifice he saved a very dangerous situation." 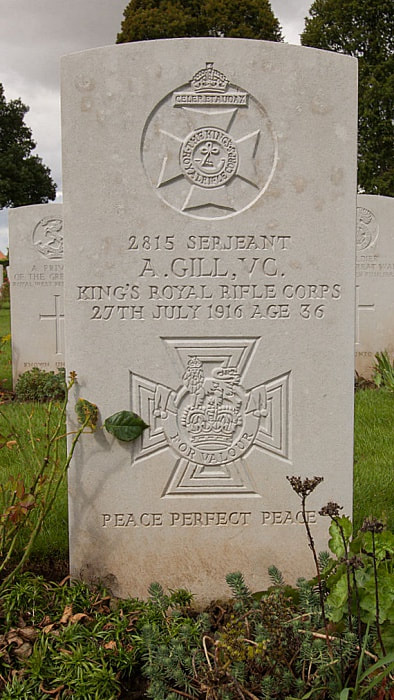 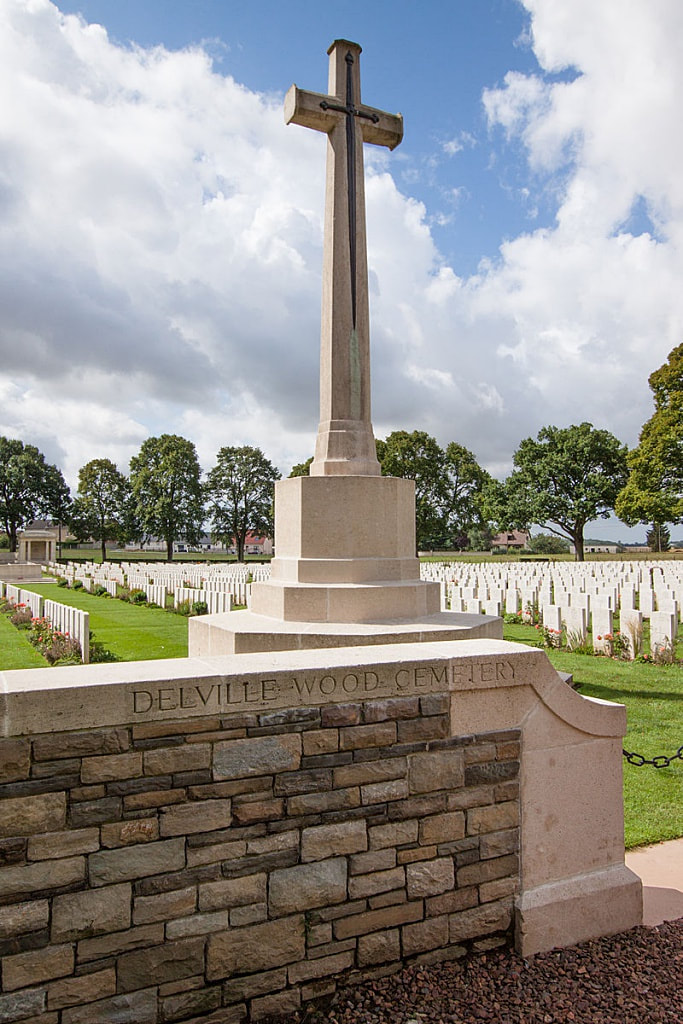 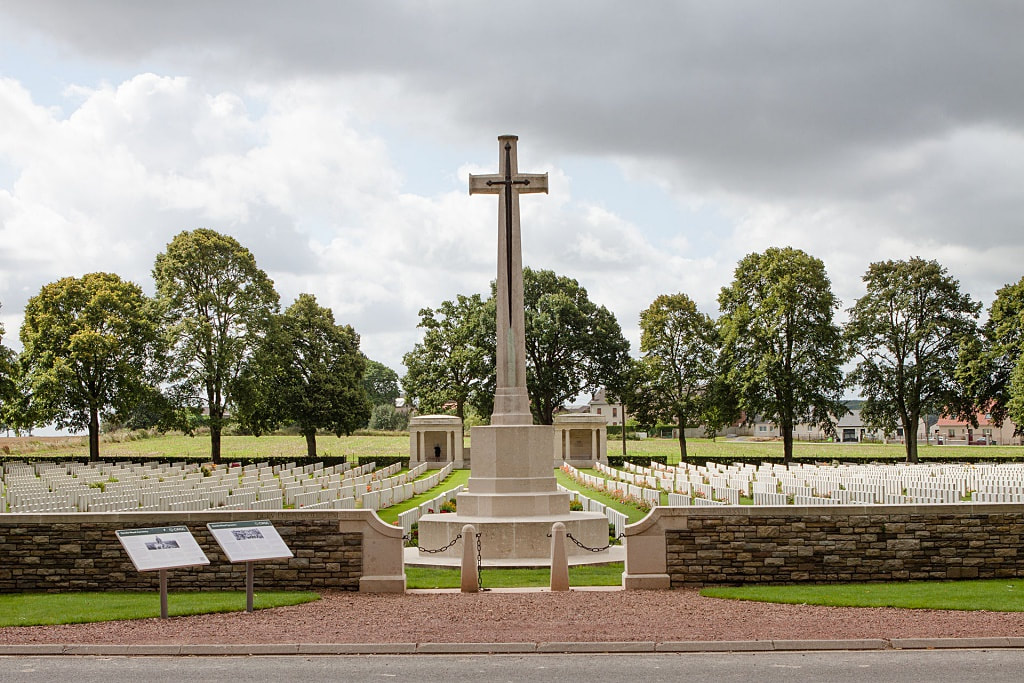 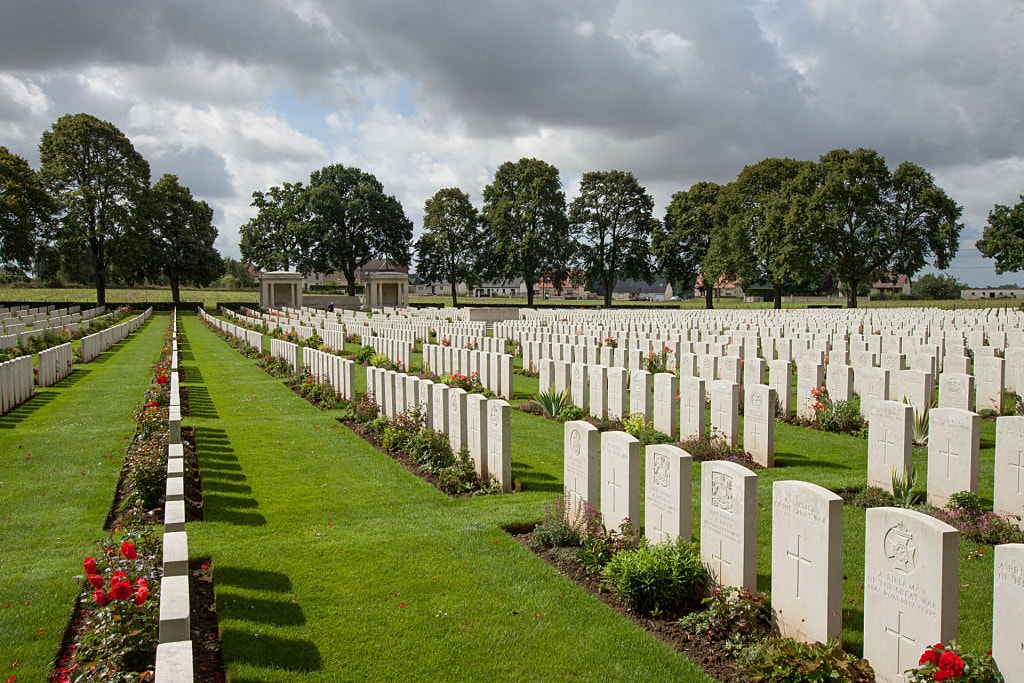 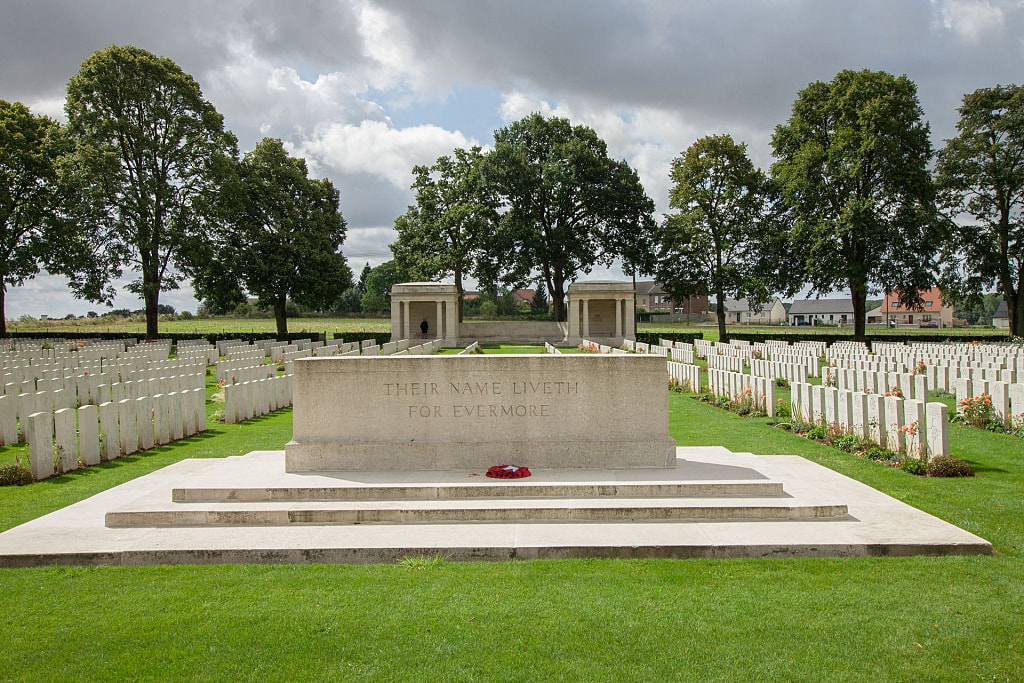 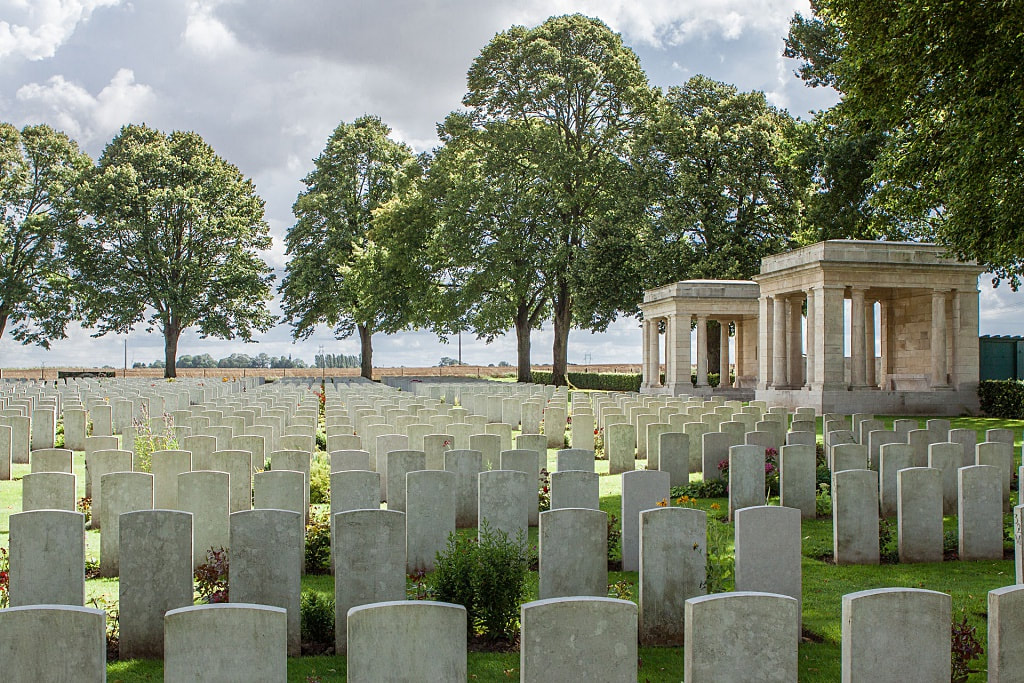 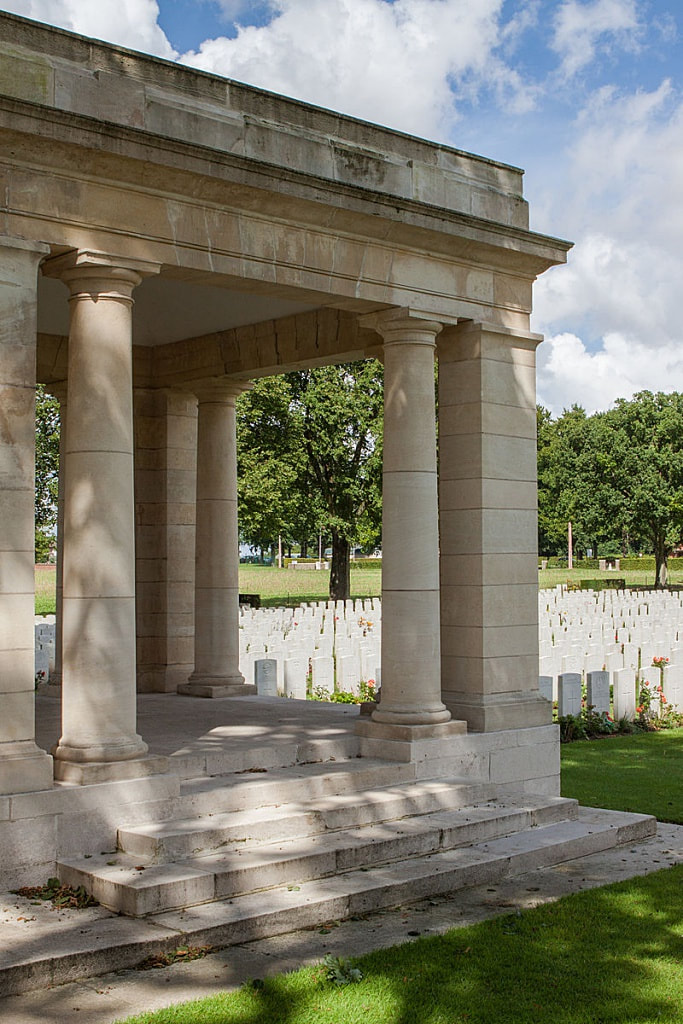 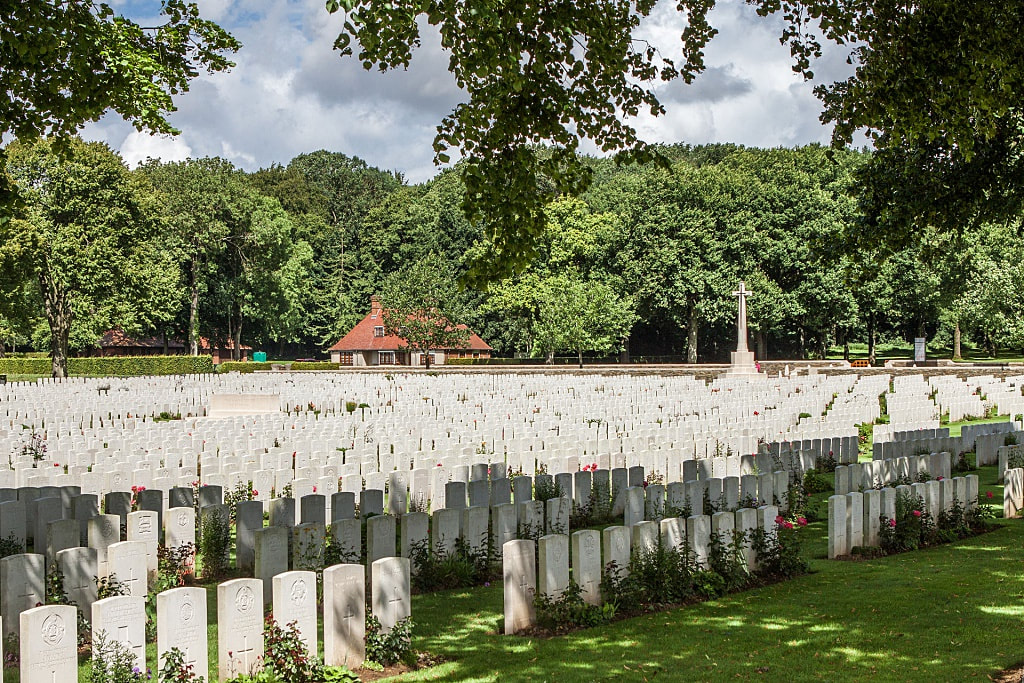 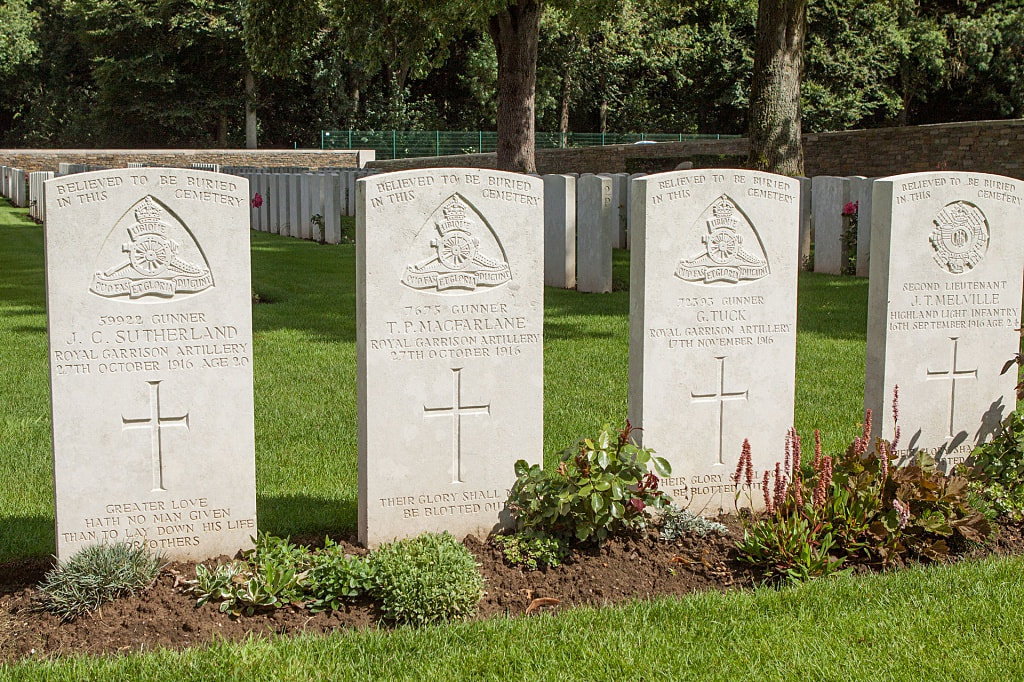 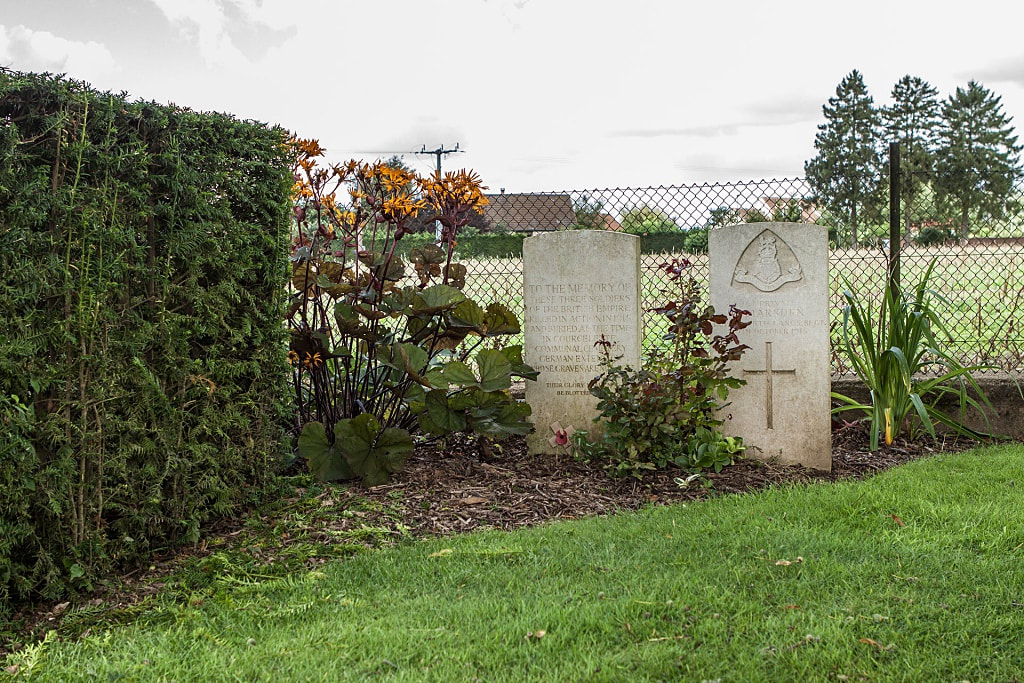 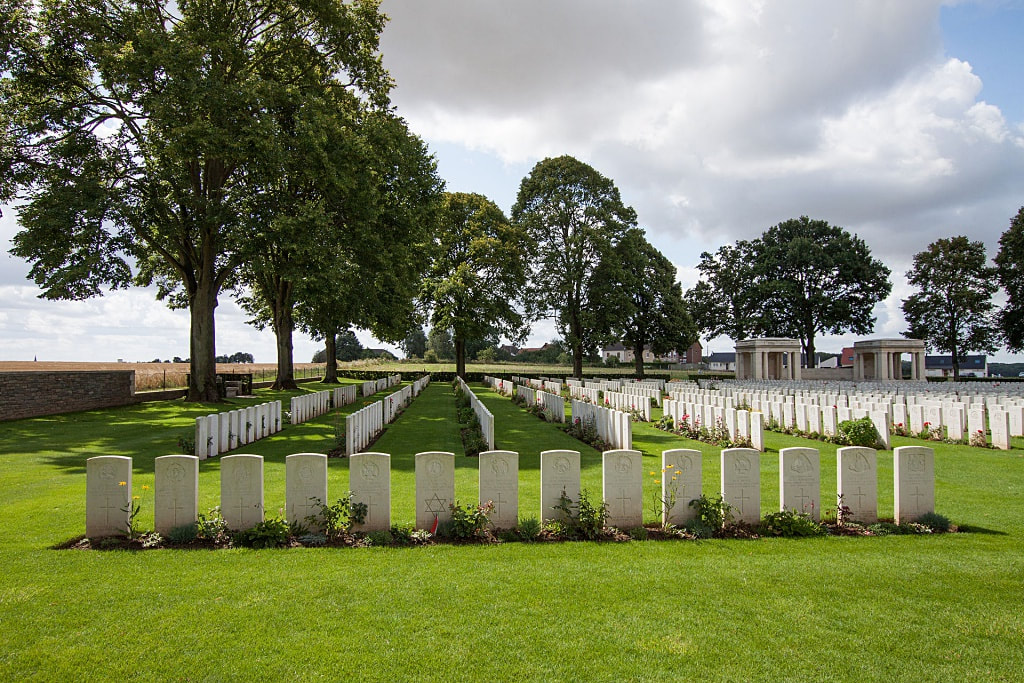 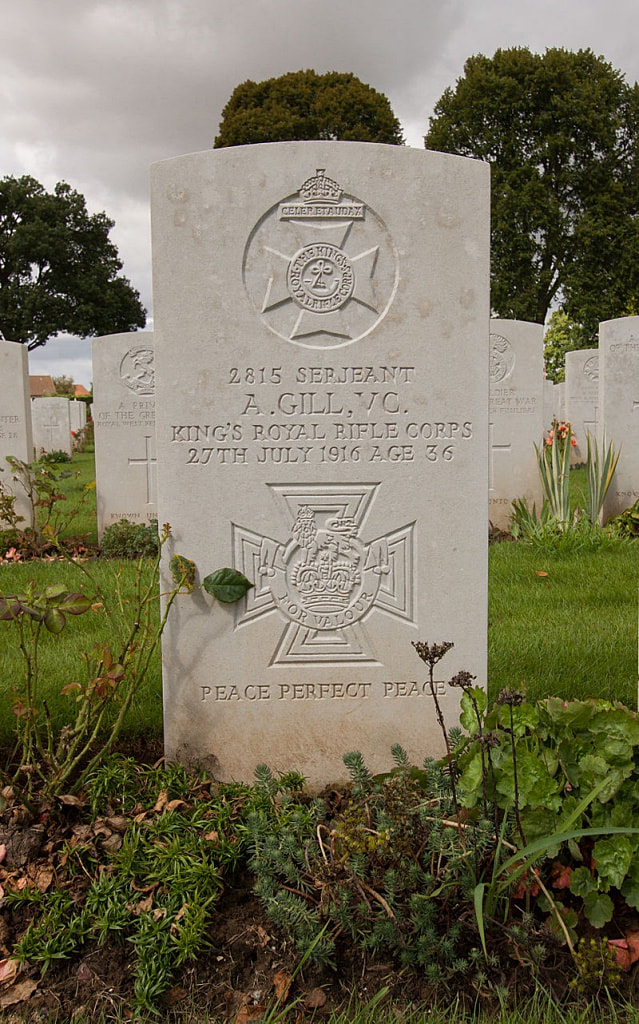 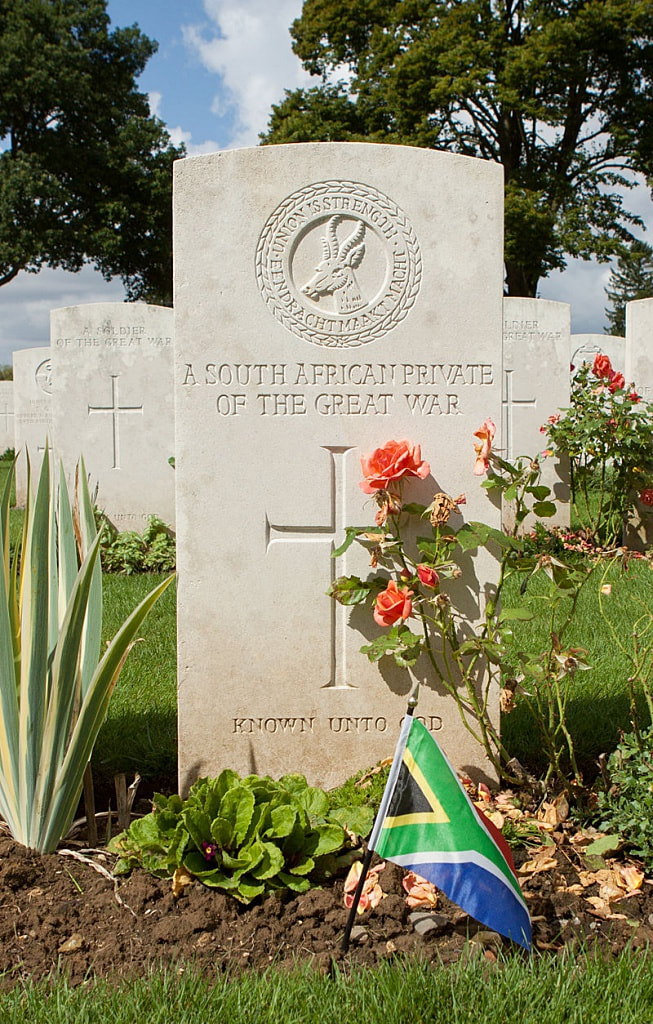 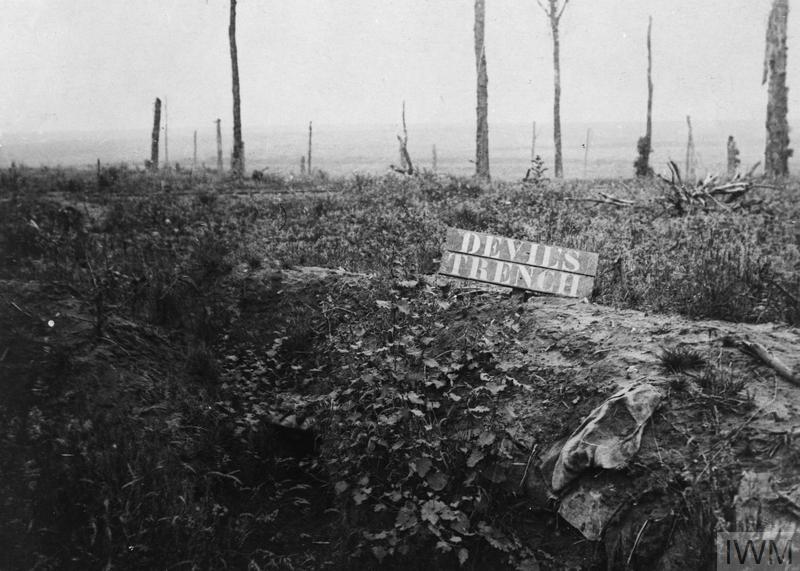 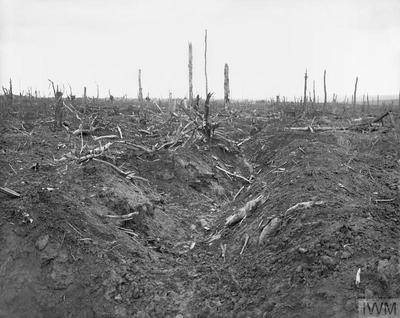 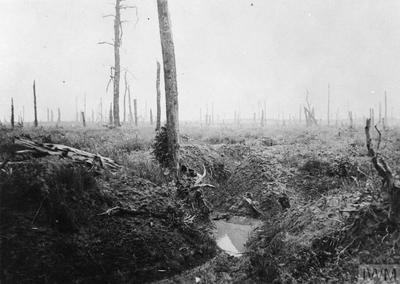 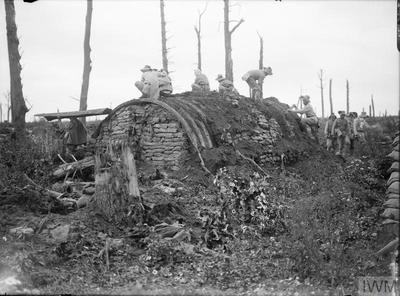 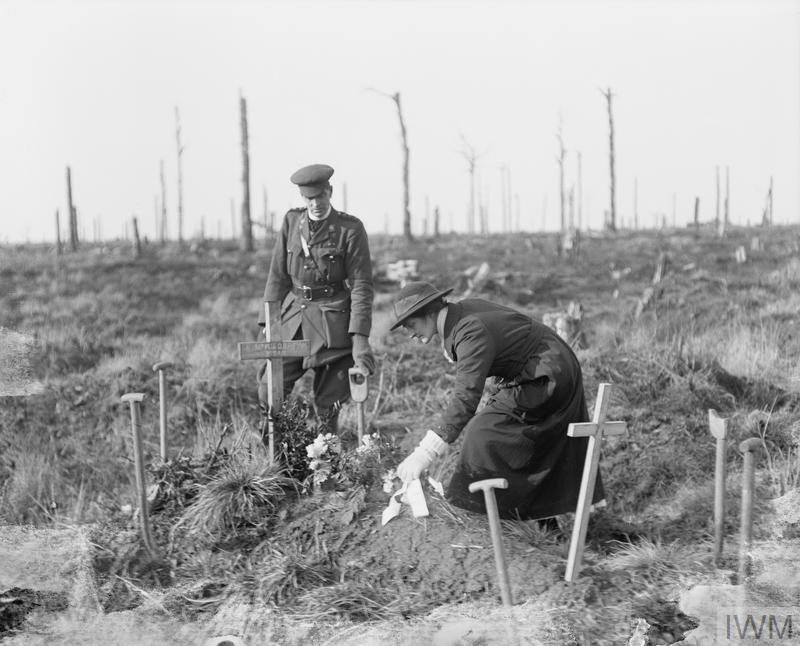 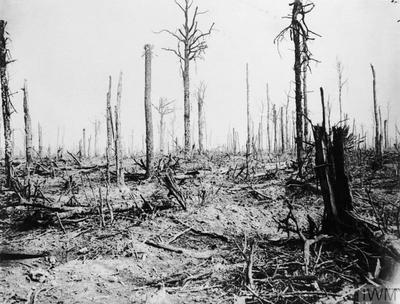 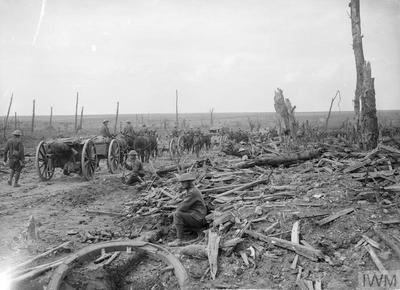 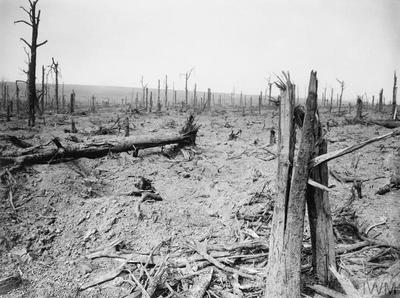 The remains of Delville Wood under snow; a landscape transformed into tree stumps and shell craters after allied forces attempted to capture the wood from German hands in July and September 1916. 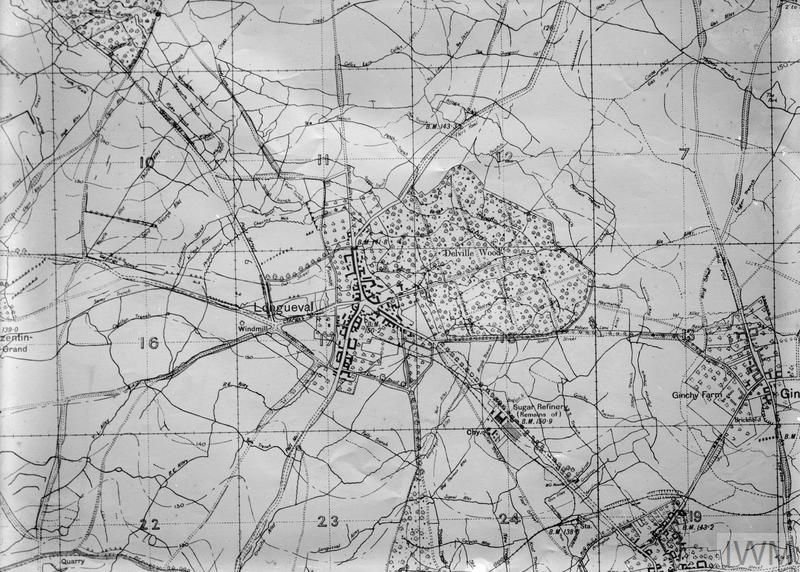 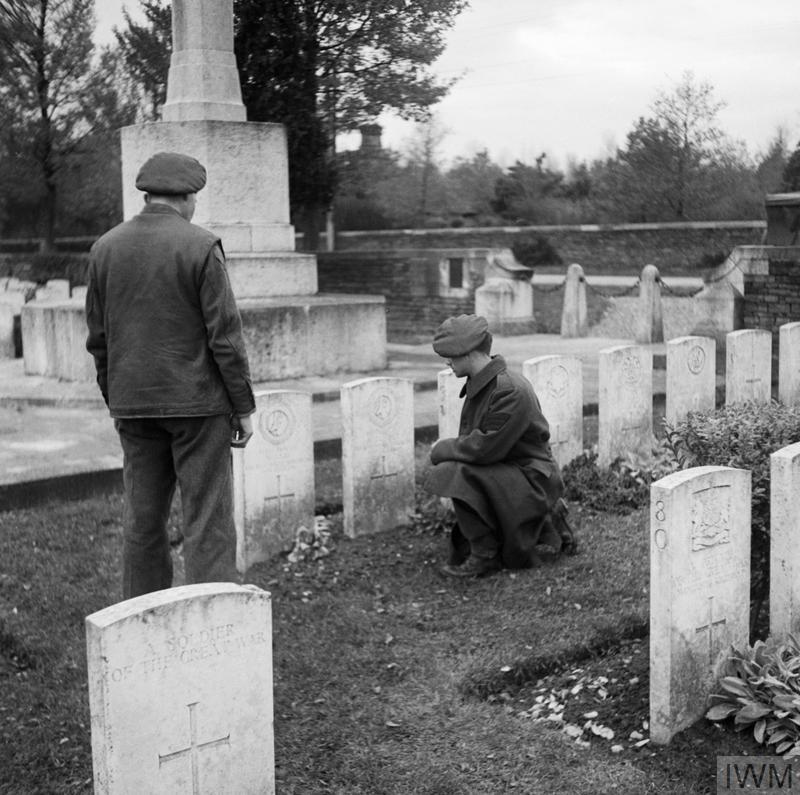