Two roads connect Ieper town centre onto the Zonnebeekseweg. The Torhoutstraat leads from the market square onto a small roundabout. Take the first right turn which is Basculestraat. At the end of Basculestraat there is a crossroads and Zonnebeekseweg is the turning to the left. 7 kilometres along the Zonnebeekseweg, in the village of Zonnebeke, lies the left hand turning onto the Langemarkstraat (further on this street name changes to Zonnebekestraat). The cemetery lies 1.5 kilometres along this road on the left hand side.

Dochy Farm, which had become a German strong point, was taken by the 4th New Zealand Brigade on 4 October 1917, in the Battle of Broodseinde. The cemetery was made after the Armistice when isolated graves were brought in from the battlefields of Boesinghe, St. Julien, Frezenberg and Passchendaele.

The cemetery now contains 1,439 burials and commemorations of the First World War. 958 of the burials are unidentified but special memorials commemorate two casualties believed to be buried among them. 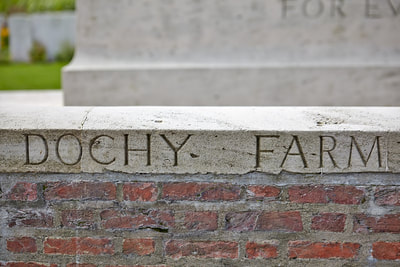 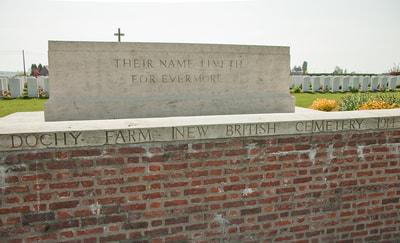 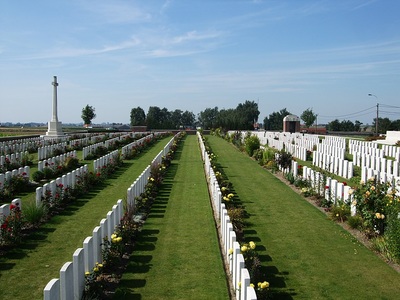 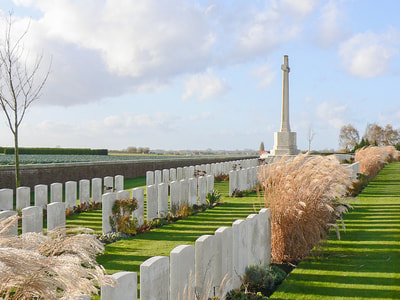 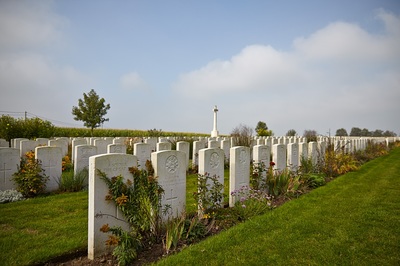 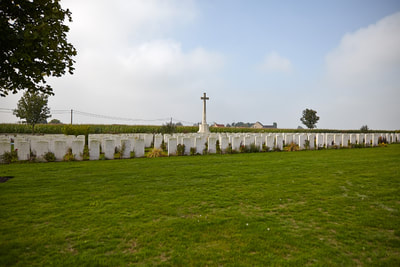 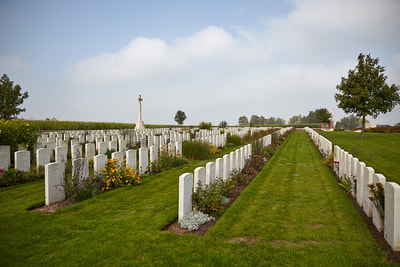 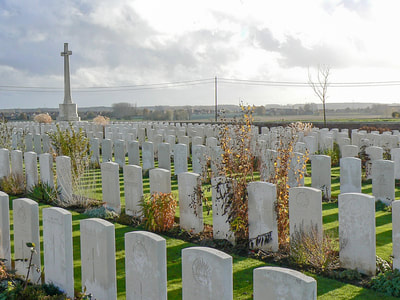 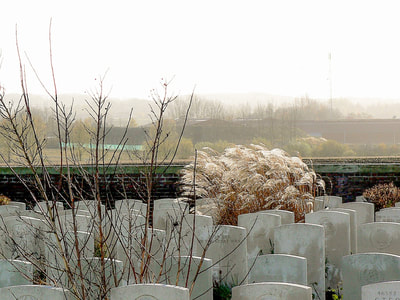 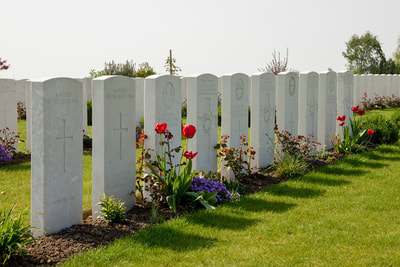 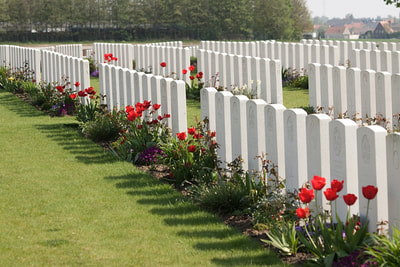 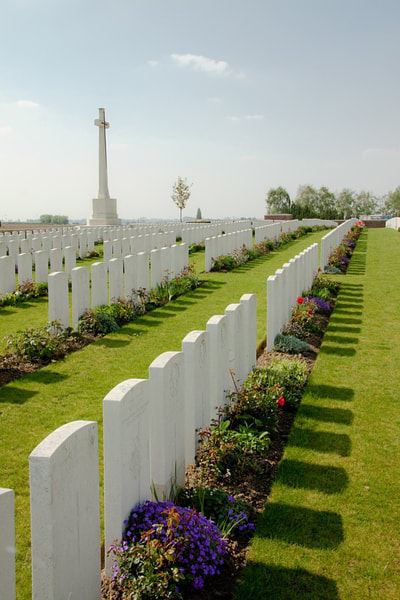 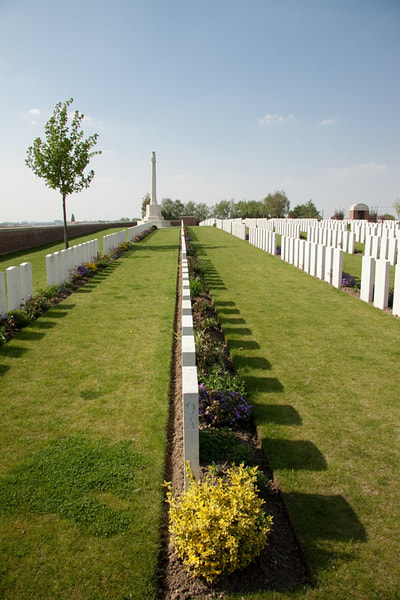 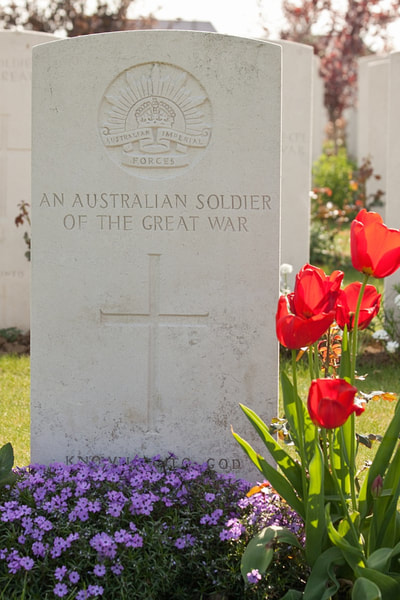 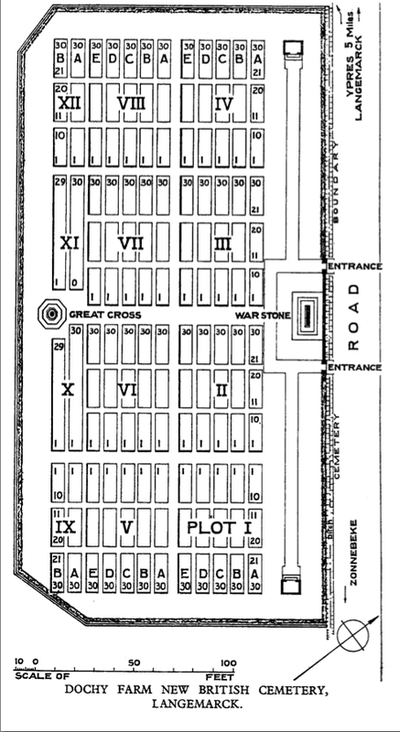 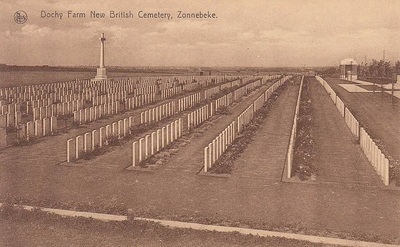 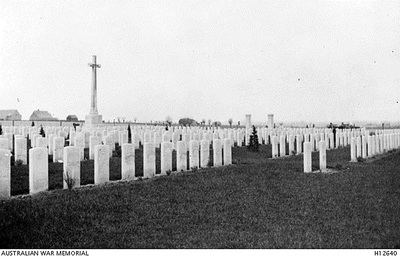 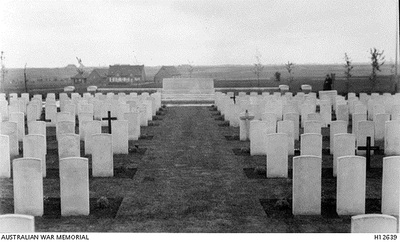 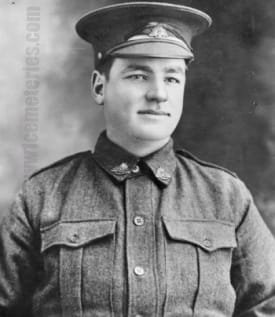 A farm labourer prior to enlistment, Pte Adler embarked with the 6th Reinforcements from Melbourne on HMAT Port Lincoln on 20 October 1916. After transferring to the 4th Machine Gun Company and with the rank of lance corporal, he was killed in action along with the other members of his gun team when a H. E. shell exploded near Zonnebeke on 17 October 1917. 3702 Corporal William Edward Wright and 556 Private Cleve Goulding Milne were two of the other men killed with Bert Adler, they are also buried at Dochy Farm in Plots VII. D. 2. & VII. D. 22 respectively. 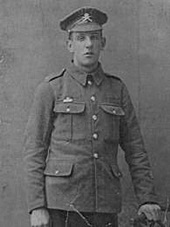 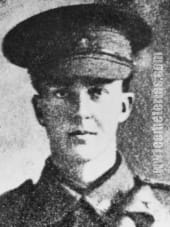 A station overseer prior to enlisting on 3 May 1916 he embarked from Sydney aboard HMAT Mashobra on 14 September 1916. Dvr Elder was killed in action on 20 October 1917 in Belgium whilst serving with the 5th Field Artillery Brigade, aged 21 years. He was a descendant of Phillip Gidley King, Third Governor of NSW, one of over 50 whom served in the First World War. 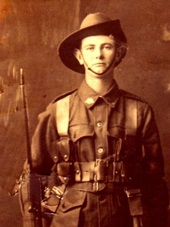 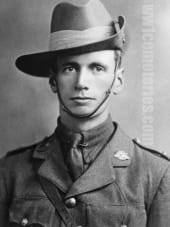 "On the 4th October the Battalion was at Broodseinde and holding positions. Lt. Harper was in a little dug-out, I was nearby, about 4 yards off, when a shell fell in the dug-out and killed Lt. Harper and Corporal Bott. I saw both men and helped to bury them. Discs and belongings were taken from both men and handed to the orderly room. We went out that night and there was no cross on the grave but I could go to the place."

4979 Corporal Ernest George Henry Bott, M. M., of the 21st Bn. Australian Infantry, A. I. F., has no known grave and is commemorated on the Menin Gate Memorial. 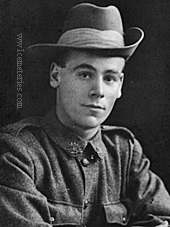 A labourer from Albury, NSW prior to enlistment, Pte Molony embarked with his brother 2174 Pte Francis William Molony with the 4th Reinforcements on HMAT Argyllshire from Sydney on 30 September 1915. On 9 October 1917 he was killed in action, aged 19, and was buried in the Dochy Farm New British Cemetery, Belgium. Pte Francis Molony had been earlier killed in action in France.​ 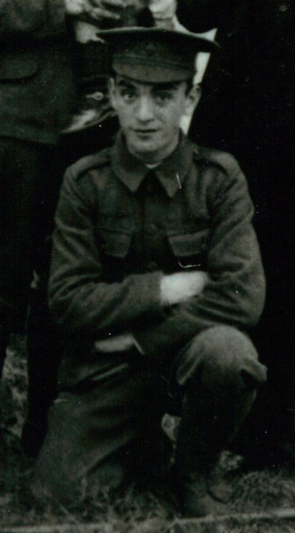 Son of John William and Elizabeth Moss of 21 Bath Road, Holbeck Leeds, Albert was born on October 5th, 1895 in Holbeck and, according to the 1911 Census,  was a ‘Screw Maker’ prior to volunteering for service.

According to the Great War National Roll of Honour, 'he volunteered in August 1914 (aged 18) and was sent to France the following February and took part in numerous engagements. He was in action at the Battle of Ypres, Armentieres and the Somme and fell in action on February 23rd 1918 (differs to CWGC) at Zillebeke Lake'.

Albert was the brother of my paternal grandmother who was born in 1901 and as his 3 brothers also also saw service her teenage years were dominated by her 4 brothers all leaving the family home to go to war. The 3 other brothers survived. 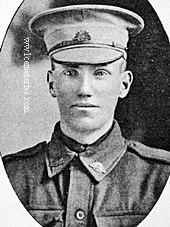 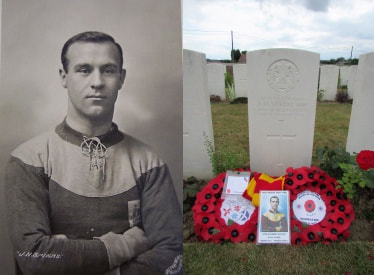 James Hamilton Speirs (22 March 1886 – 20 August 1917), commonly known as Jimmy Speirs, was a Scottish footballer who represented his country on one occasion, scored the winning goal in the 1911 FA Cup Final, and received the Military Medal during the First World War. 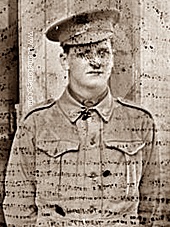 From Carlton, Victoria. A 28 year old miner prior to enlisting on 12 August 1915, he embarked for overseas with the 14th Reinforcements from Melbourne on 18 February 1916 aboard HMAT Ballarat. After further training with the 14th Battalion in Egypt, he deployed with them to France in June 1916. On 18 September 1916 he was wounded in action at Dickebush, France and evacuated to England for medical treatment. After recovering, he re-joined the Battalion in Belgium on 1 October 1917 and just over two weeks later, on 16 October 1917, he was killed in action at Broodseinde. 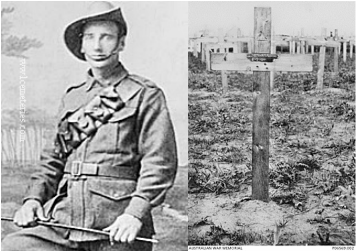 Son of George and Harriet Wickens. Native of Isle of Wight, England.