Doingt is a small village on the eastern outskirts of Peronne, on the left hand side of the D44 road to Ham and St. Quentin.

The Cemetery is signposted from the centre of the village on the D199 road (towards Tincourt) and is situated behind the Communal Cemetery, which is to the left of the church.

Doingt was captured by the 5th Australian Division on 5 September 1918, and the village was completely destroyed in the fighting. In the same month, the 20th, 41st and 55th Casualty Clearing Stations arrived, remaining until October, when the cemetery was closed. It was made in three plots; Plot I contained only Commonwealth graves, Plot II only American, and Plot III the graves of both armies. The American graves were later removed by the American Graves Registration Services.

The extension was designed by Sir Herbert Baker

Remembered by  Eileen Ireland and all the family xx 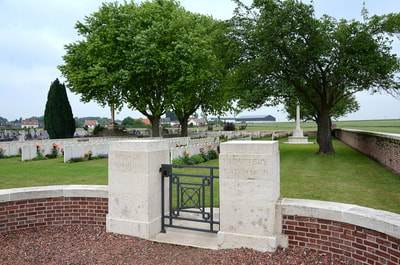 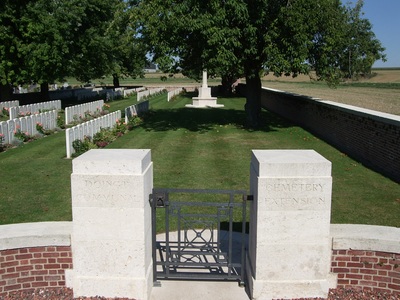 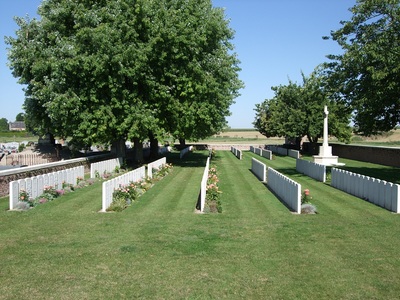 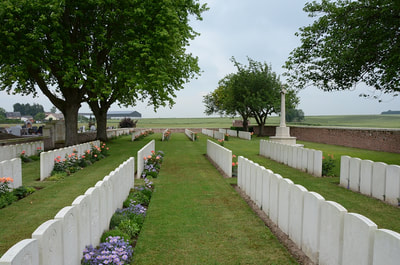 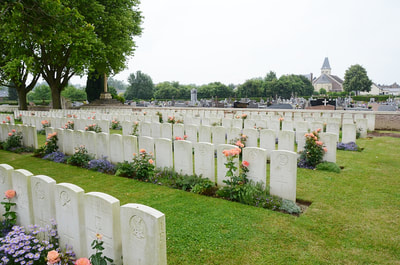 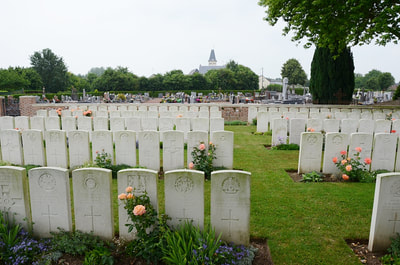 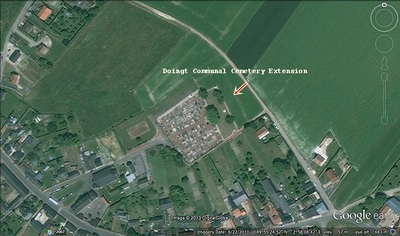 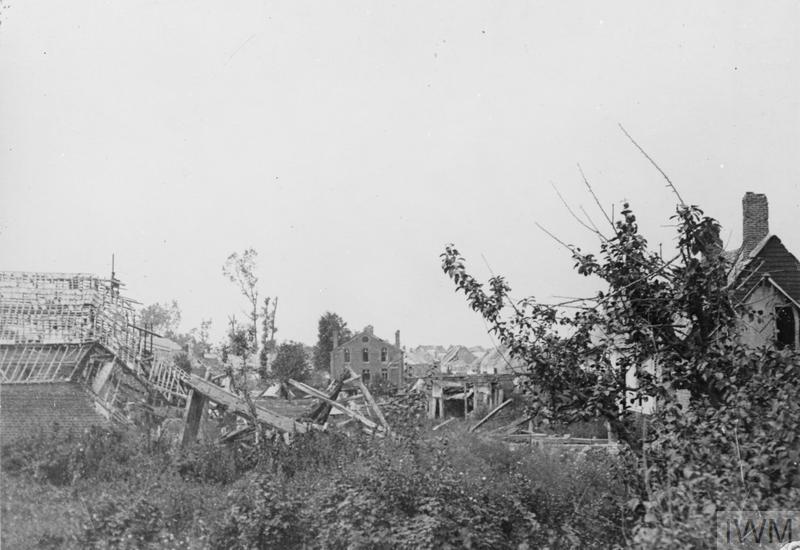 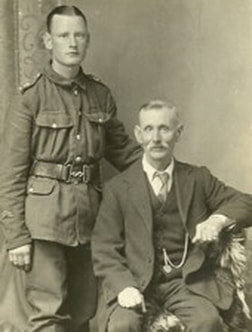 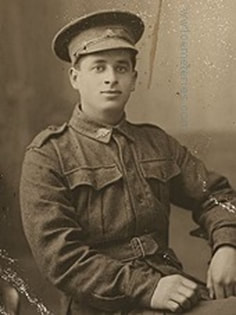 A labourer in Horsham, Victoria, before enlistment at the age of 19, he embarked from Melbourne with the 21st Reinforcements aboard HMAT Nestor (A71) on 2 October 1916. Whilst serving on the Western Front, Pte McLean was wounded in action in September 1917, but rejoined his unit the following month. Pte McLean died at the Casualty Clearing Station in Doingt, France, on 25 September 1918 after receiving multiple gun shot wounds in action the previous day. 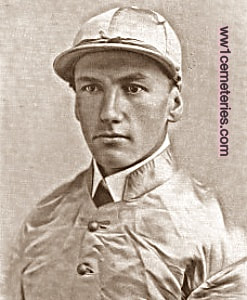 The following inscription was added to his headstone; "O God bring back those lovely hours we pray." 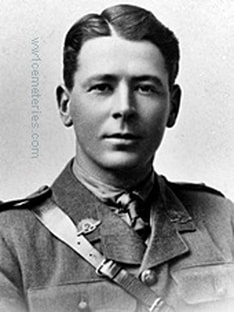 A 26 year old accountant prior to enlisting on 18 May 1916, he was promoted to Sergeant a week later and to Company Sergeant Major on 28 November 1916. After being promoted to Second Lieutenant on 8 January 1917, he embarked for overseas with the 26th Reinforcements from Melbourne on 4 August 1917 aboard HMAT Themistocles. He was wounded in action on 20 April 1918 at Meteren, France and evacuated to England for medical treatment. Two months later he returned to his unit in France, having been promoted to Lieutenant on 1 May 1918. He was wounded in action again on 19 September 1918 at Jeancourt, France and died of his wounds that same day. 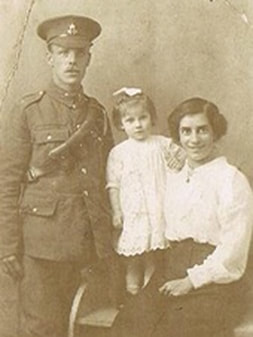 34154 Private
Edward John Skidmore
8th Bn. (King's) Royal Irish Hussars
19th October 1918.
Plot I. F. 41
​
Believed to have been shot and wounded in the shoulder, and returned to duty, but he was admitted to 20th Casualty Clearing Station near Peronne on 16th October 1918 suffering from pneumonia, where he passed away at about half past midnight on 18th October 1918.
Known as Ted, he was married to Emily Bessie (Bateman) and had a daughter, Elsie Kathleen, (my Grandmother) who was born in 1914. This is to remember them. 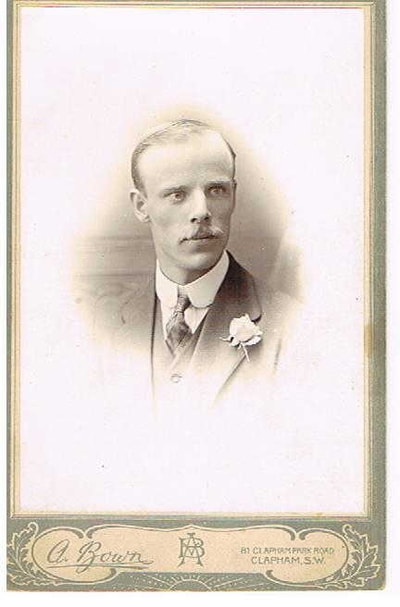 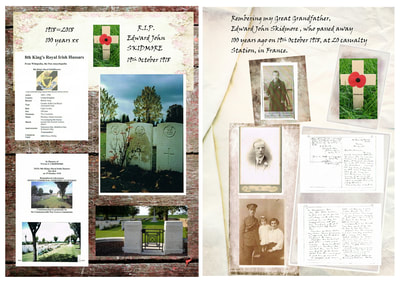 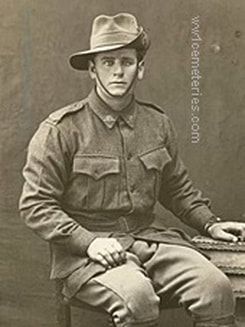 A farm hand from Choral, WA prior to enlistment, Pte Thompson embarked with the 25th Reinforcements from Fremantle on HMAT Borda on 29 June 1917. Whilst serving in France he was wounded in action and, on 18 September 1918, he died as a result of his wounds. 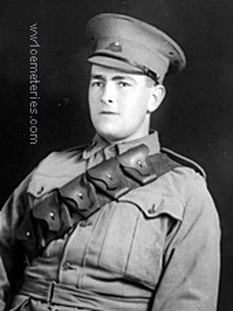 From Windsor, Victoria. A 22 year old storeman prior to enlisting on 13 July 1915, he embarked for overseas with the 1st Reinforcements from Melbourne on 18 November 1915 aboard HMAT Wiltshire (A18). After arriving in Egypt, he joined the 5th Field Artillery Brigade (FAB) and proceeded to France with them in March 1916. He joined the 22nd FAB in August 1916 and transferred back to the 4th FAB in January 1917. After being hospitalised for illness in May 1917, he joined the 2nd Divisional Ammunition Column in August 1917 on recovering. Pte Wallis was wounded in action on 27 September 1918 and died from his wounds on 4 October 1918. 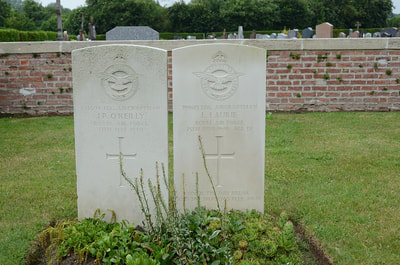 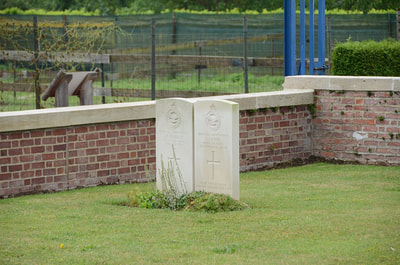 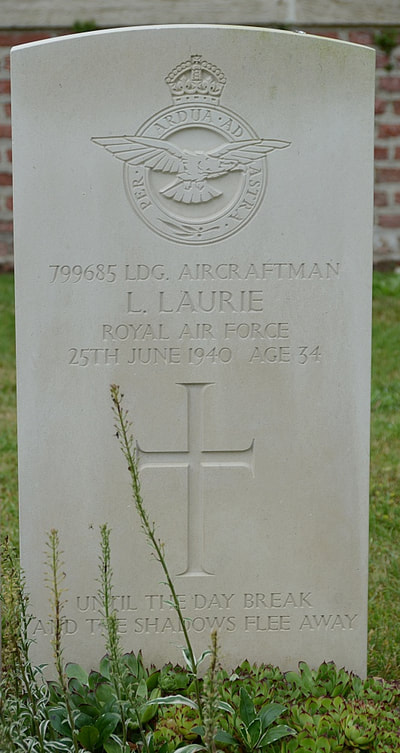 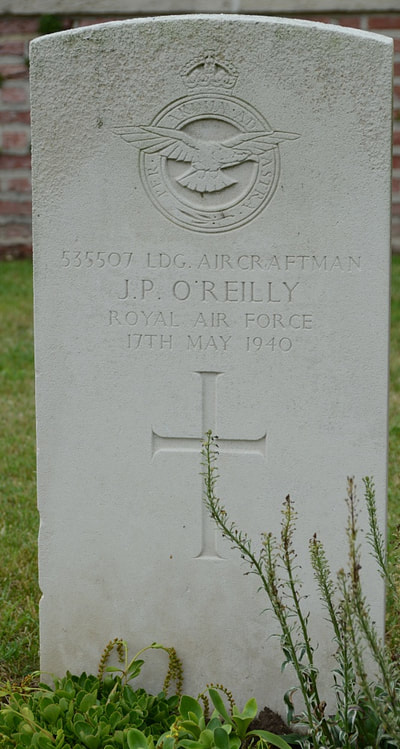 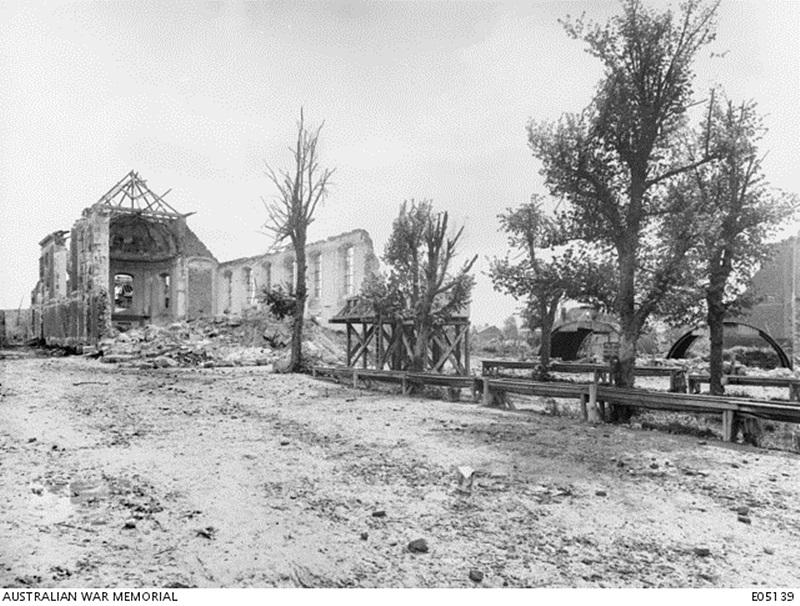 27th May 1919 - Doingt, France. View of a water point near Peronne showing an extensively shell damaged building (left) and incomplete Nissen huts (background, right). Note a sign near the water troughs reads 'All bits to be removed before watering'.