Parking is only available in the cemetery on Thursdays and Fridays between 14:00 and 17:00. At any other times, parking in the vicinity of the cemetery may be difficult.

Douai was occupied by French troops and the Royal Naval Air Service on the 22nd September, 1914, and captured by the Germans on the 1st October; it remained in enemy hands until the 17th October, 1918. The 42nd Casualty Clearing Station was posted in the town from the 28th October, 1918, to the 25th November, 1919.

Douai Communal Cemetery was used during the occupation years of 1914-18 by the Germans for prisoners of war and British, French, Russian, Rumanian and Italian soldiers, as well as German soldiers were buried in it.

During the 1939-45 War Douai was in British hands until the German break through in May, 1940. The 1st Corps Headquarters were at Cuincy, on the western edge of the town, from October, 1939 onwards and Douai was one of the towns from which the Allied advance into Belgium was launched early in May, 1940, only to be followed by the collapse of the French and Belgian units and the consequent withdrawal of the British element towards Dunkirk. 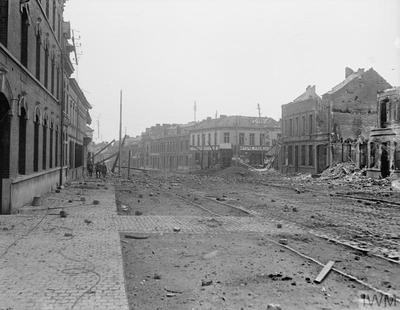 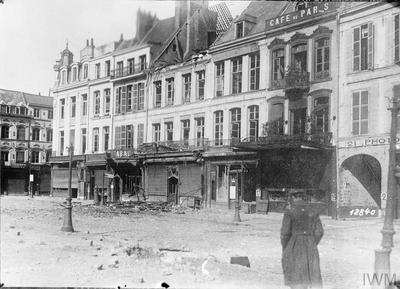 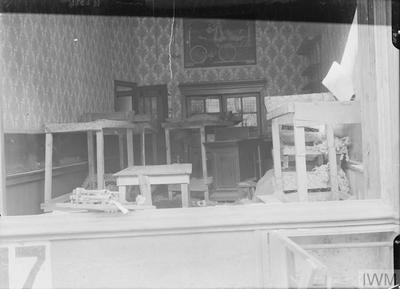 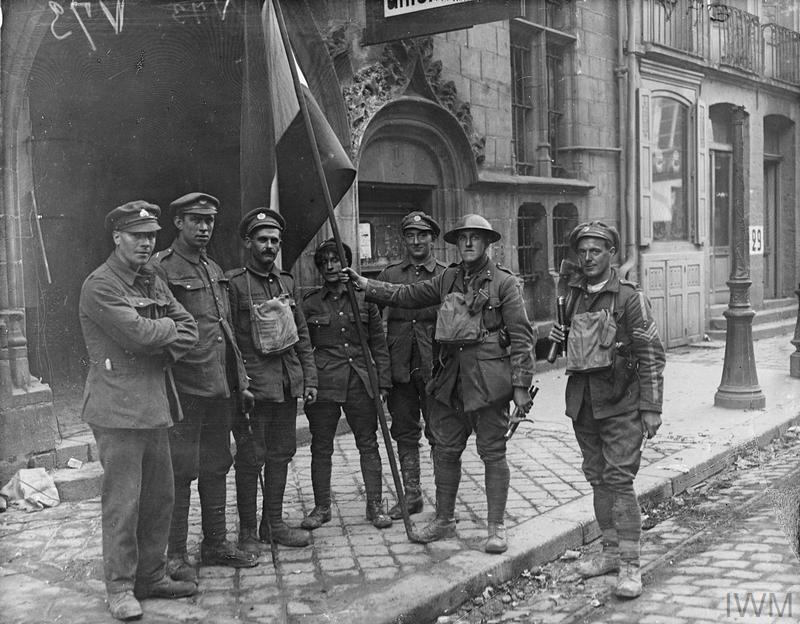 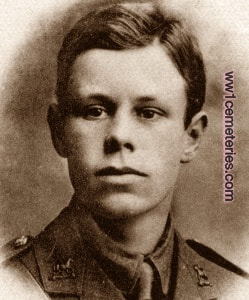 The words "With Christ" were added to his headstone. 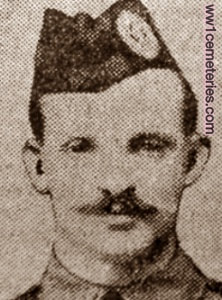 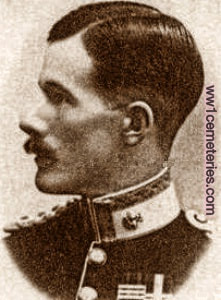 His family added the words "In Loving Memory" to his headstone. 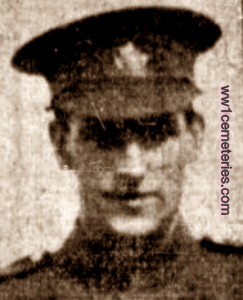 His parents added the following inscription to his headstone; "Asleep in Jesus, blessed sleep from which none ever wake to weep." 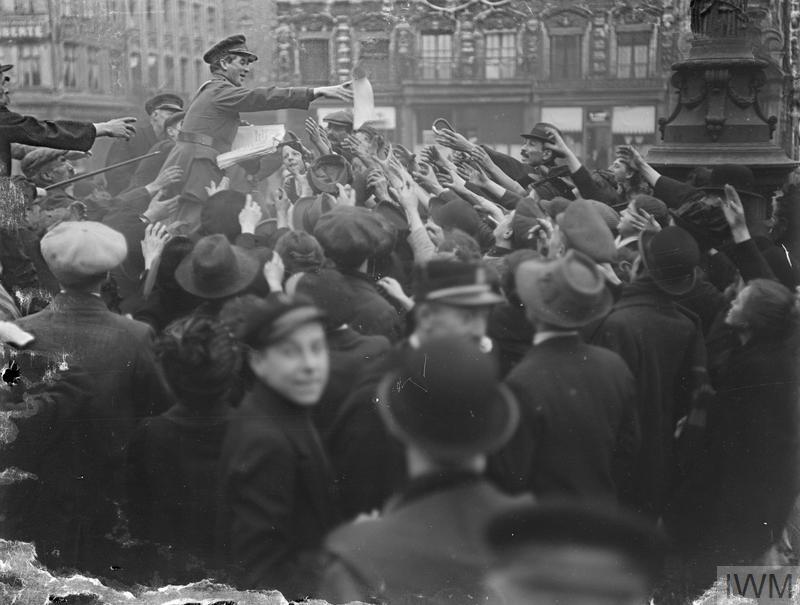 British officer distributing newspapers to French refugees who had returned to Douai, 25 October 1918. The city was deserted on the day of its occupation by the British 8th Division on 17 October. © IWM (Q 11406)