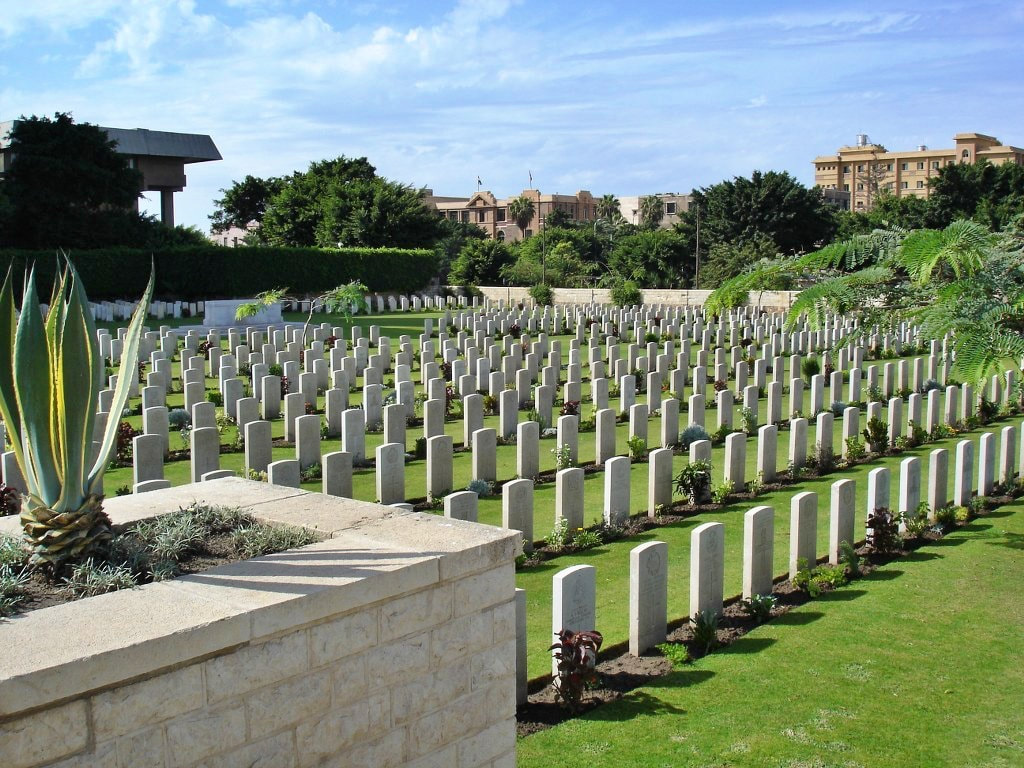 Hadra is a district on the eastern side of Alexandria and is south of the main carriageway to Aboukir, known as Al Horaya, near the University of Alexandria.

The Cemetery is on the road Sharia Manara. The junction of this road and Al Horaya is diagonally opposite the University of Alexandria.

In March 1915, the base of the Mediterranean Expeditionary Force was transferred to Alexandria from Mudros and the city became a camp and hospital centre for Commonwealth and French troops. Among the medical units established there were the 17th, 19th, 21st, 78th and 87th General Hospitals and No 5 Indian Hospital. After the Gallipoli campaign of 1915, Alexandria remained an important hospital centre during later operations in Egypt and Palestine and the port was much used by hospital ships and troop transports bringing reinforcements and carrying the sick and wounded out of the theatres of war.

This cemetery was begun in April 1916 when it was realised that the cemetery at Chatby would not be large enough. Most of the burials were made from the Alexandria hospitals, but a number of graves of December 1917 were due to the loss of the troop transports "Aragon" and "Osmanieh" which were sunk by torpedo and mine as they entered the port. The cemetery continued in use until December 1919 but later, some graves were brought in from small burial grounds in the western desert, Maadia and Rosetta.

During the Second World War, Alexandria was again an important hospital centre, taking casualties from campaigns in the Western Desert, Greece, Crete, the Aegean Islands and the Mediterranean. Rest camps and hostels were also established there together with a powerful anti-aircraft base. Alexandria was also the communications centre for the middle and near east and became the headquarters of the Military Police. The cemetery at Hadra was extended for Second World War burials and was used from 1941.

There are now 1,700 First World War burials in the cemetery and 1,305 from the Second World War. The cemetery also contains war graves of other nationalities and some non war burials.

The cemetery was designed by Sir Robert Lorimer 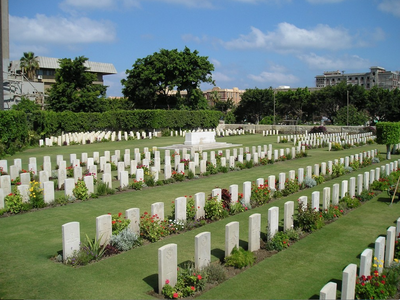 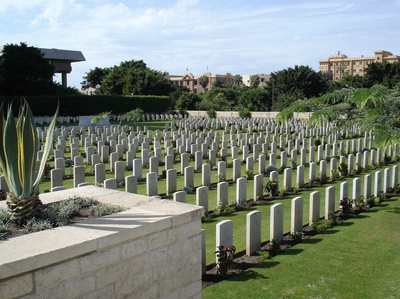 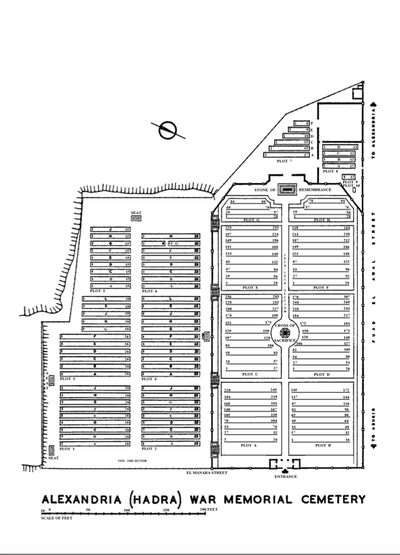 World War I Victoria Cross Recipient. He received the award on December 3, 1914 from British King George V at Merris, France for his actions as a bombardier in the 113th Battery, Royal Field Artillery of the British Army on September 15, 1914 at the First Battle of the Marne near Vendresse, France. Born in Alton, Hampshire, England, he joined the Royal Field Artillery in February 1914 before the start of World War I in July. He was later promoted to the rank of battery sergeant major. In December 1917 he was on board the troop ship HMT Aragon enroute from Marseille, France to Alexandria, Egypt, to join the Egyptian Expeditionary Force's Southern Palestine Offensive against the Ottoman Empire when it was struck by a German torpedo and sank, just ten miles from its destination. He survived the sinking but after he was rescued by the escort destroyer HMS Attack, it was also sunk by a German torpedo and he was killed at the age of 32. In addition to the Victoria Cross, he was awarded the 1914-15 Star, the British War Medal, and the Victory Medal. A memorial in his honor resides at the St. John's Parish Church in Langrish, Hampshire, England.​

​An extract from "The London Gazette" dated 24th Nov 1914. (No 28985) records the following:- "For conspicuous gallantry on 15th Sept., near Vendresse, when his battery was in action under a heavy shell fire, in that although twice wounded, he persisted on each occasion in returning to lay his gun after his wound had been dressed". 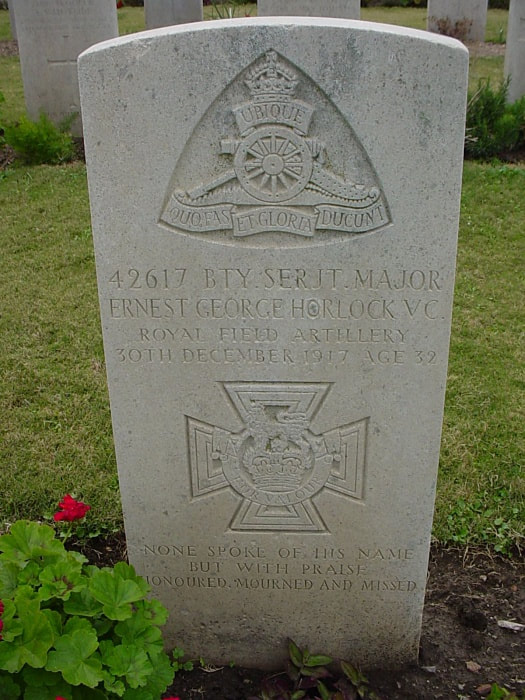 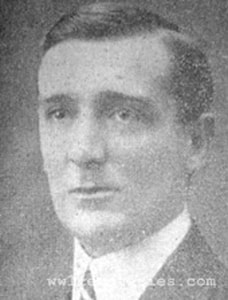 Son of John and Mary Ann Bannister, of 114, Accrington Rd., Burnley; husband of Alice Bannister. Councillor for the Borough of Burnley. 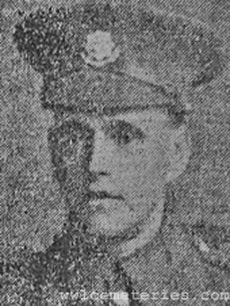 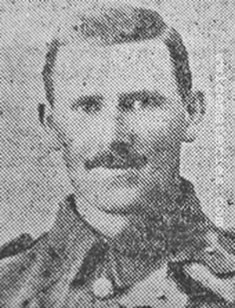 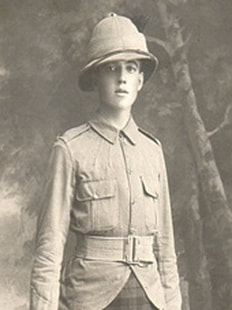 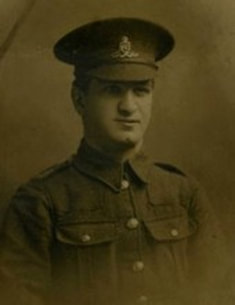 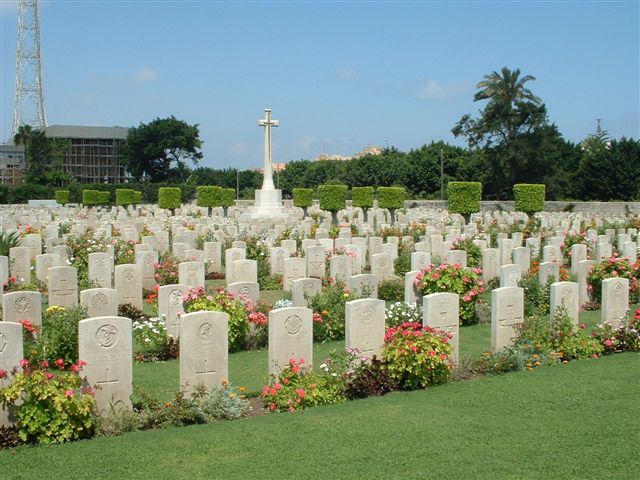