Eterpigny is a village in the Department of the Pas-de-Calais.

From Vis-en-Artois take the D939 towards Cambrai until you come to a roundabout. Take the D956 to Dury, followed by a 2 kilometre track to the cemetery.

Eterpigny British Cemetery was begun by the 4th and 1st Divisions and was used from the end of August 1918, to the middle of October. One grave was brought in after the Armistice.

The cemetery contains 66 burials and commemorations of the First World War. Ten of the burials are unidentified but there is a special memorial to one casualty believed to be buried among them. 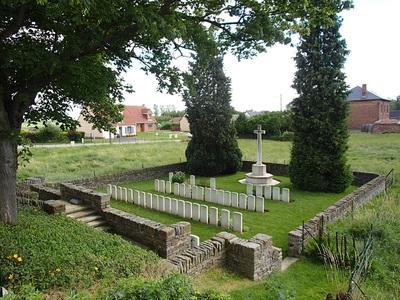 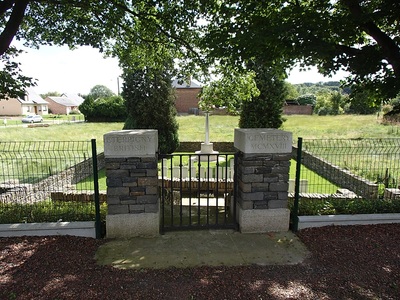 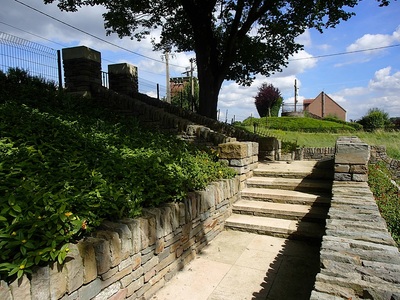 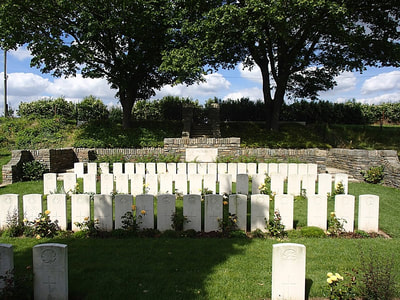 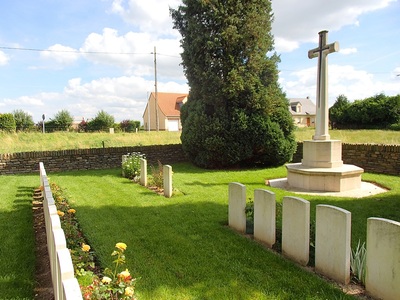 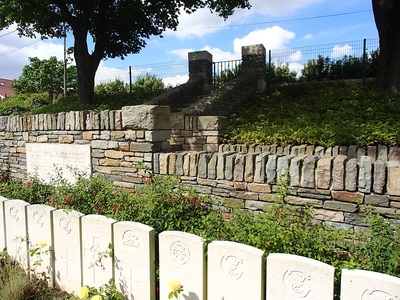 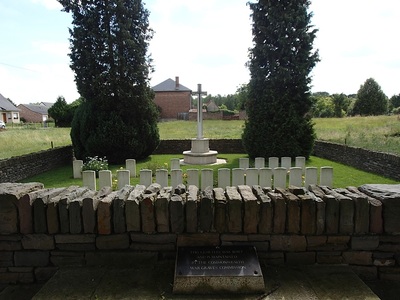 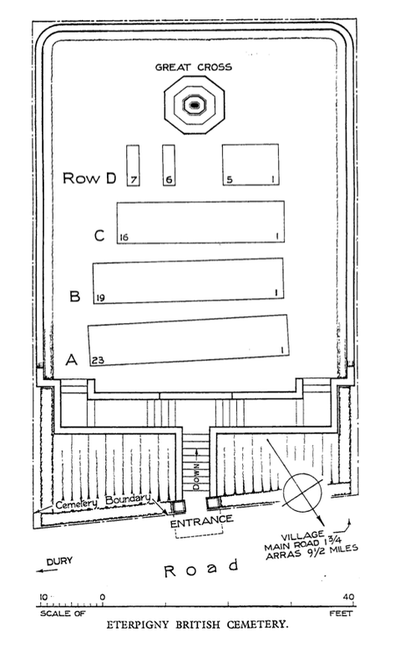 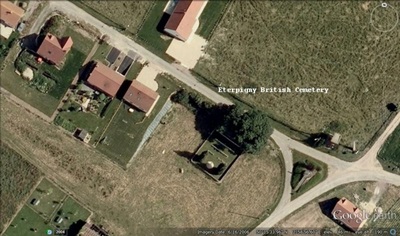 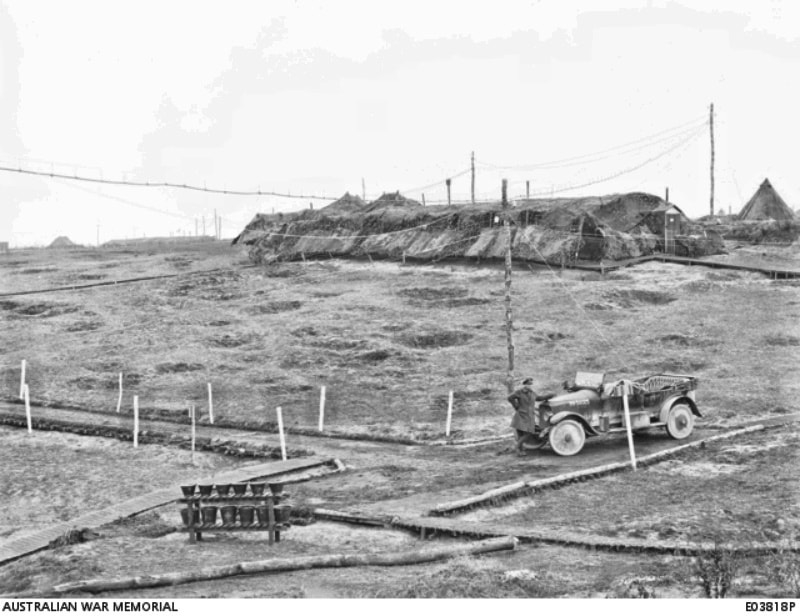 20th October 1918; Eterpigny, France. The camouflaged camp of the Fourth Army Headquarters. In the foreground (left) is an unidentified British soldier standing beside a motor vehicle marked M54025. Note the fire buckets in two rows on a makeshift table (foreground, far left). 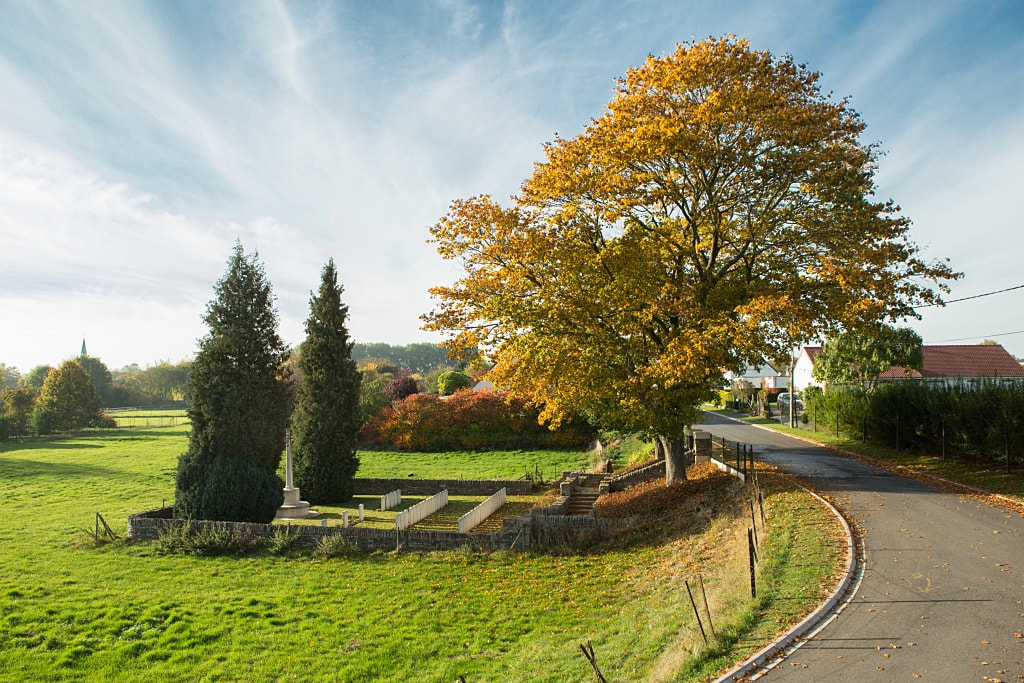 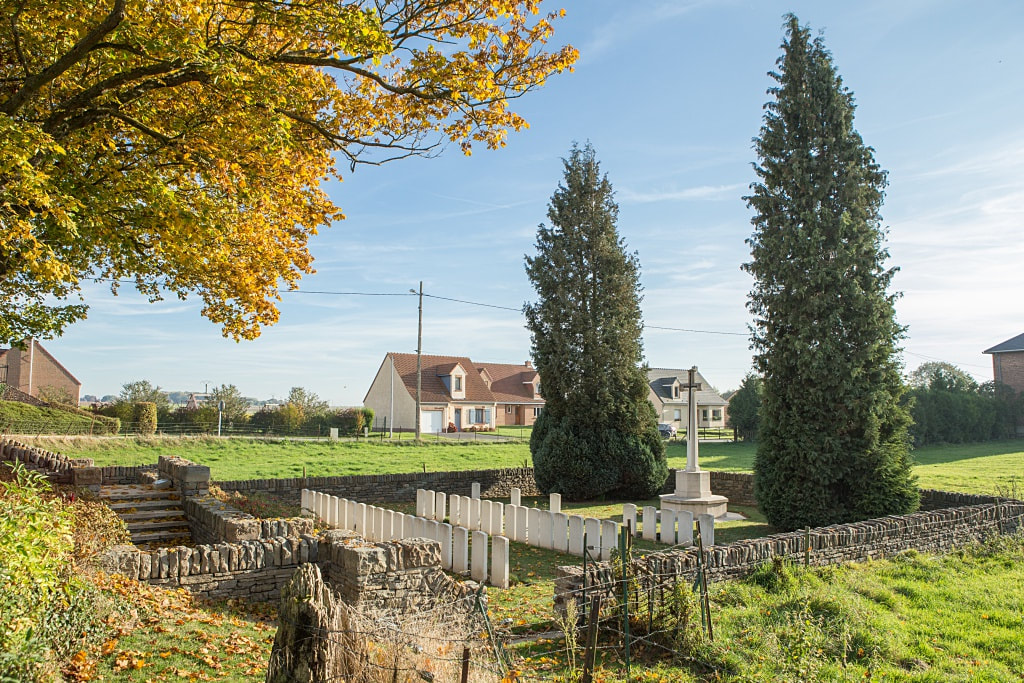 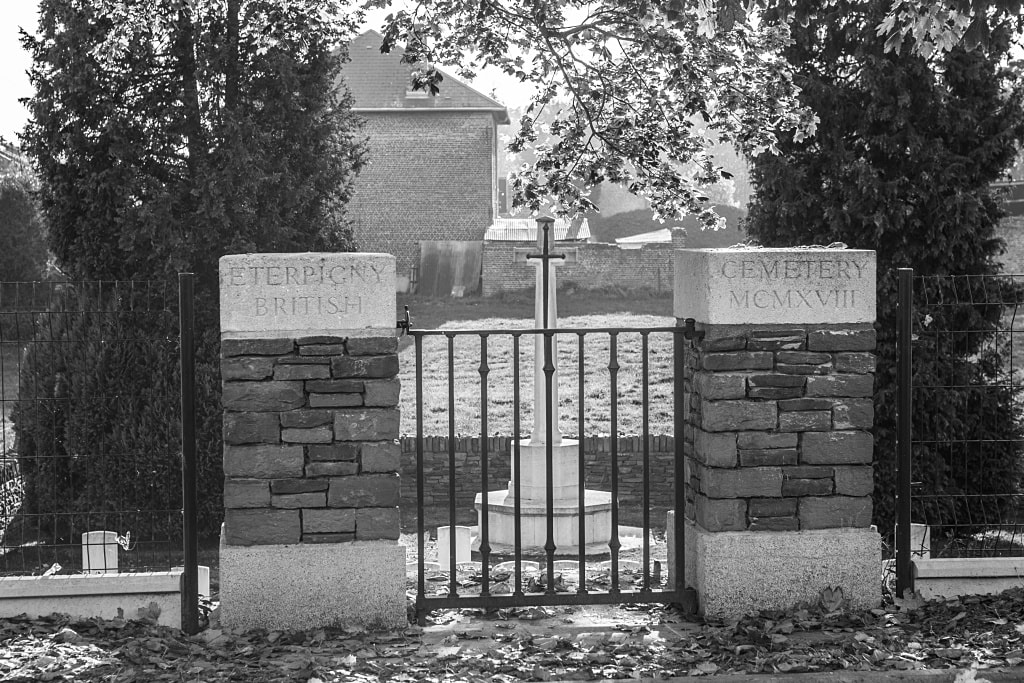 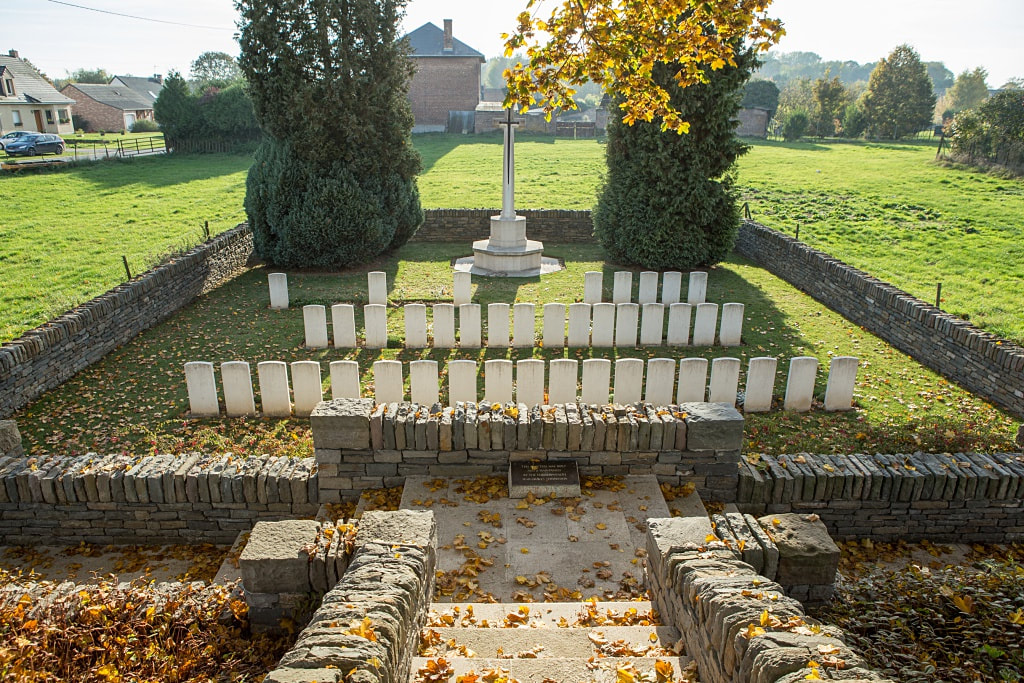 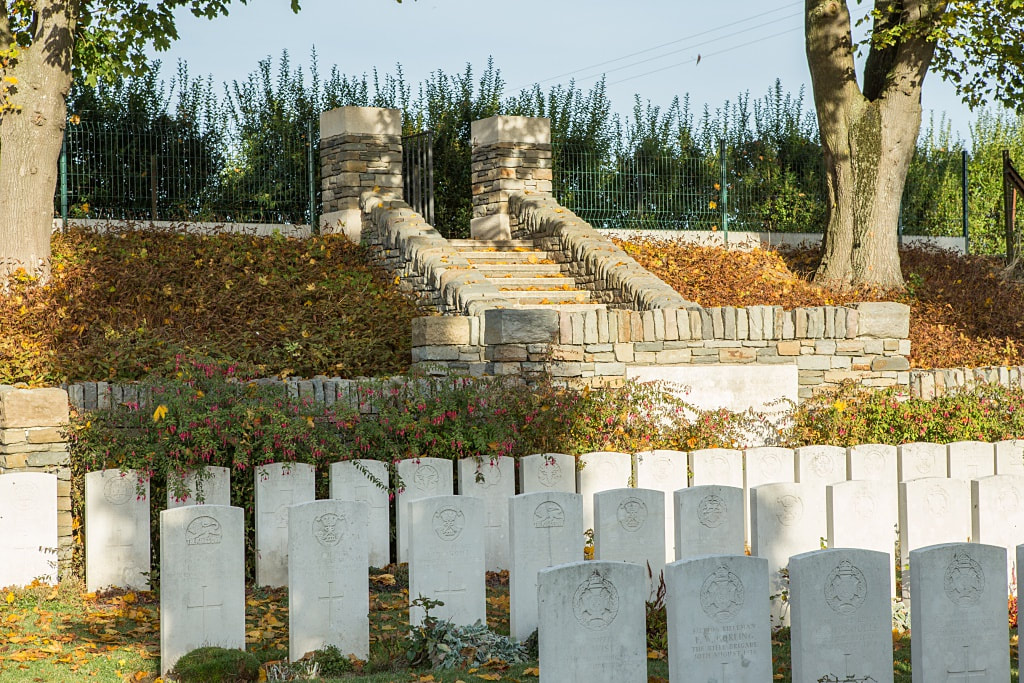 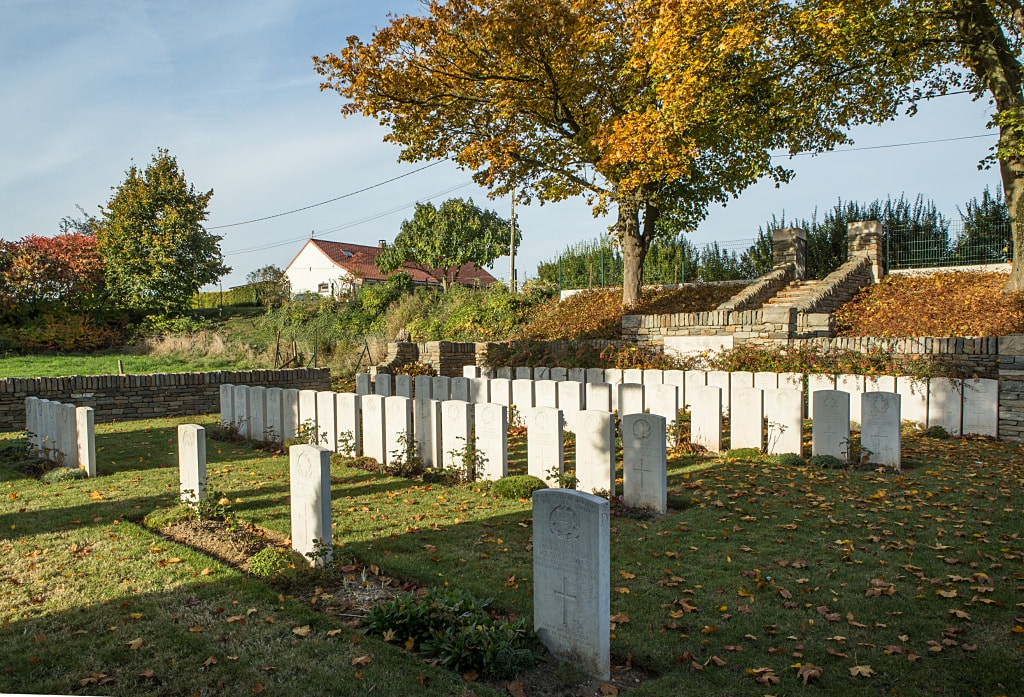 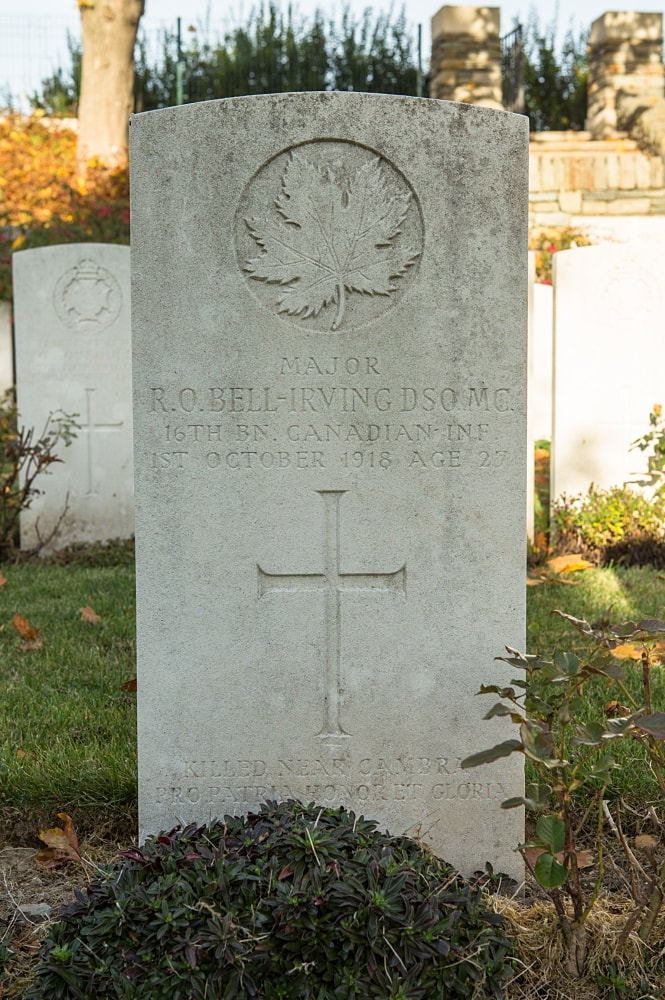 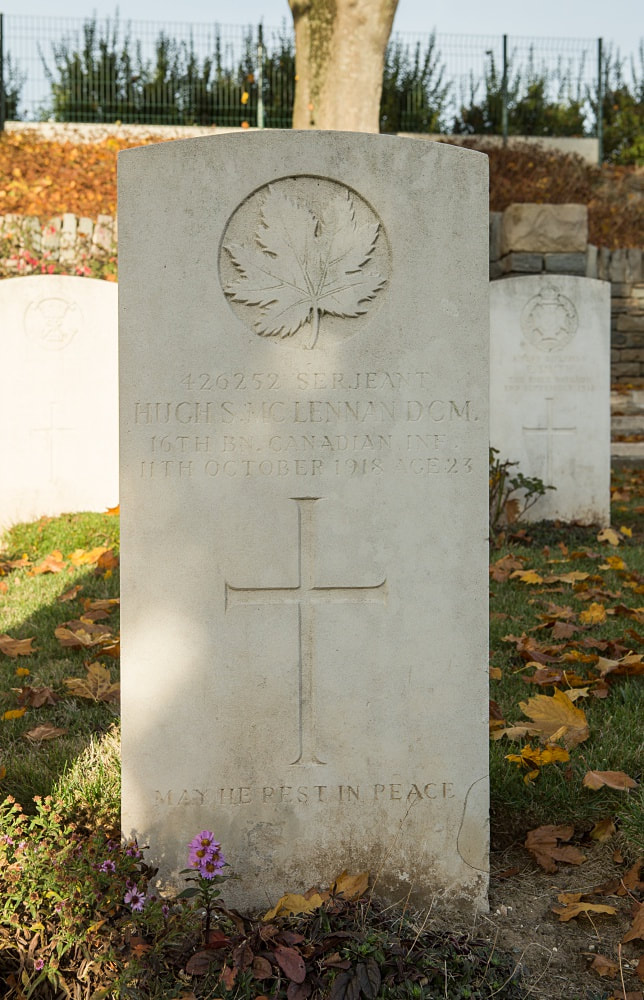 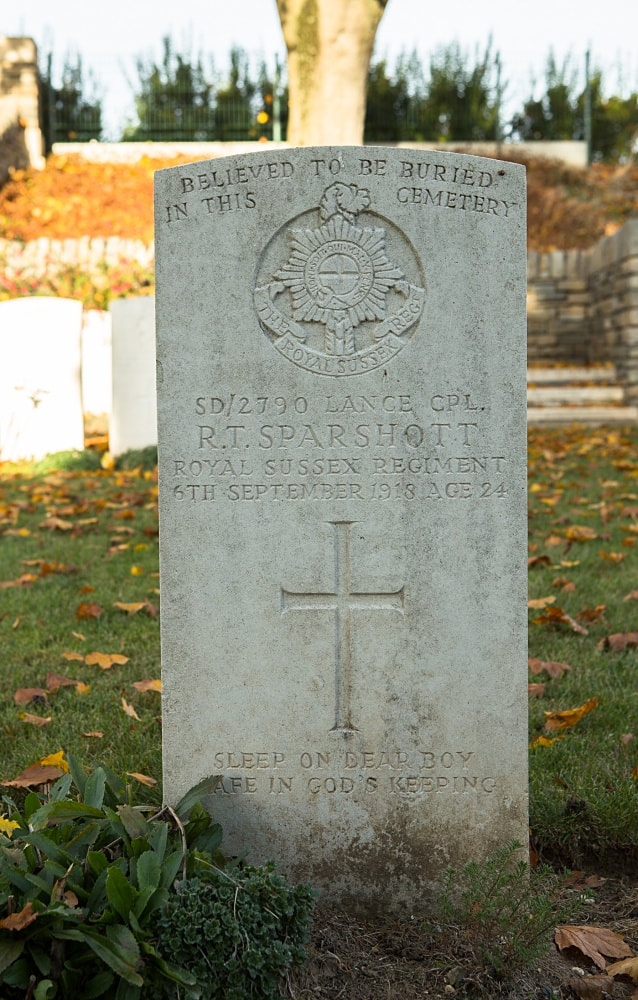 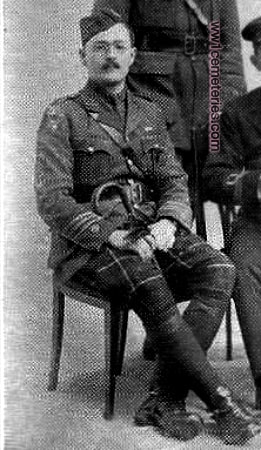 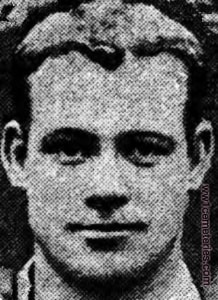 ​His headstone bears the inscription; "Tranquil you lie, your knightly virtue proved."

The inscription comes from the hymn; "O Valiant hearts," written to remember the fallen of the first world war.

Fred Lessons was a professional footballer who spent his career as a centre forward with Nottingham Forest and then Northampton Town. 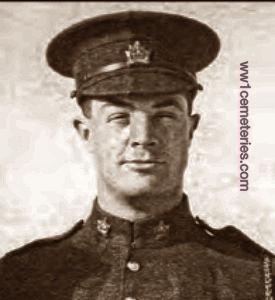 Son of Eugene Widmeyer and his wife Mary Grant Shiel, of Dauphin, Manitoba.

His headstone bears the inscription; "Sleep brave heart, who for others died." 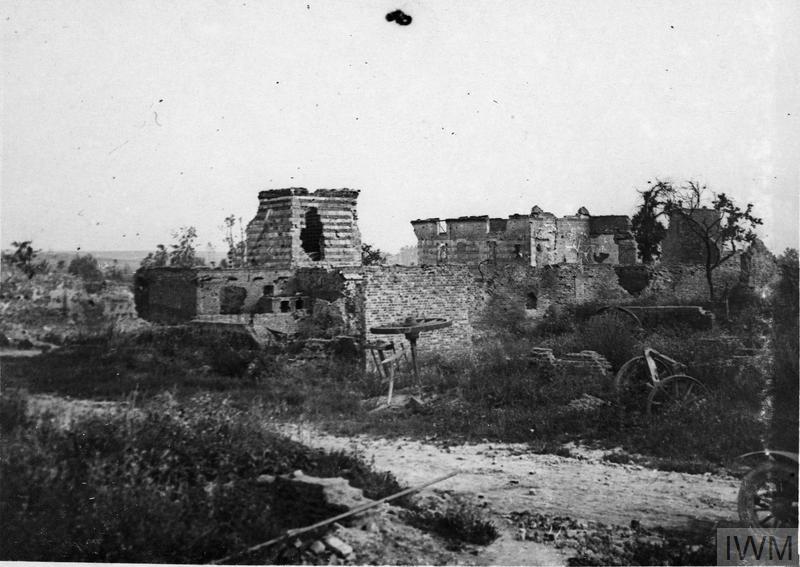