Feuchy is a village in the Department of the Pas-de-Calais, 5 kilometres east of Arras, on the south bank of the Scarpe river.

Feuchy British Cemetery is on the south-west side of the village, between the Arras road, the railway and the church.

Feuchy village was captured by the 15th (Scottish) Division on 9 April 1917, lost at the end of March 1918, and retaken at the end of the following August.

Feuchy British Cemetery was made by the 12th Division in April 1917, and used until March 1918. A few graves were added after the recapture of the village. The present Plot I was regrouped in 1926 to allow the construction of a railway station. 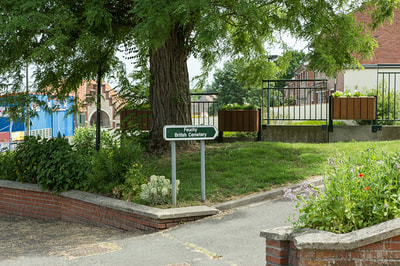 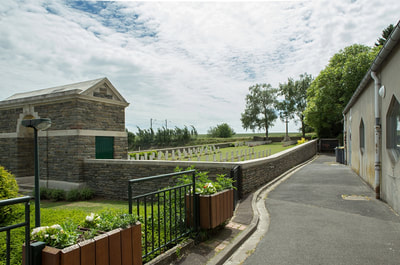 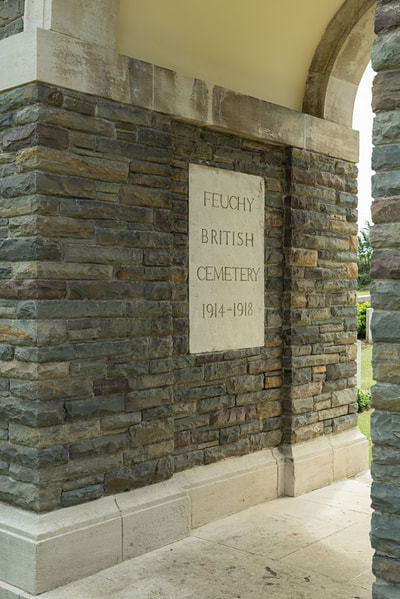 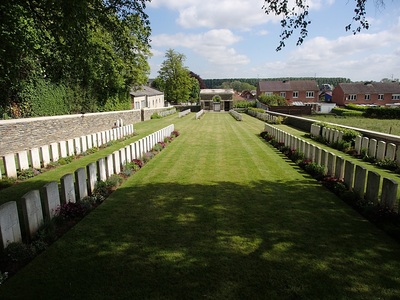 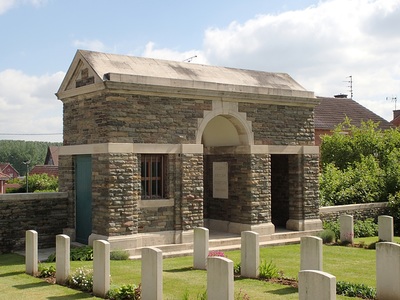 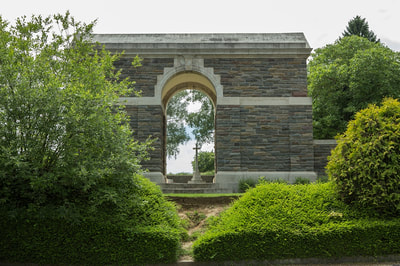 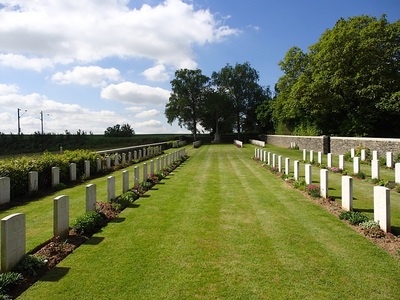 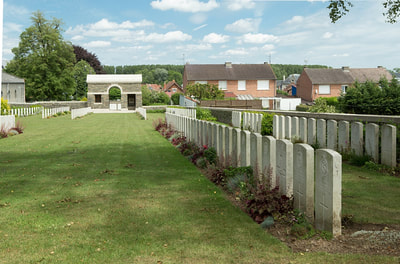 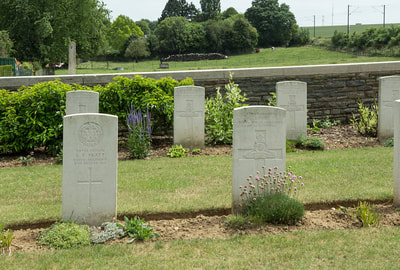 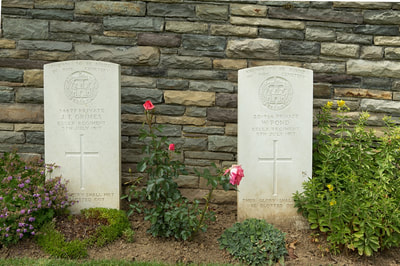 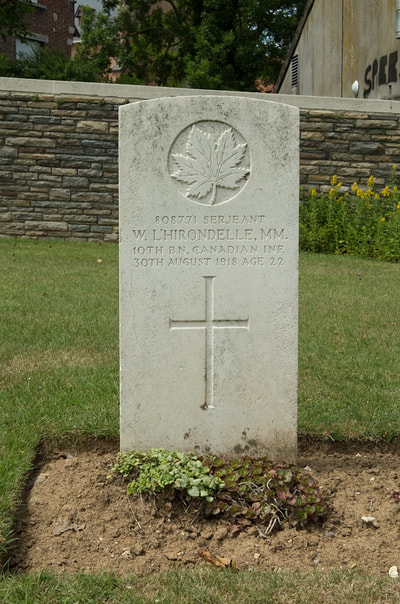 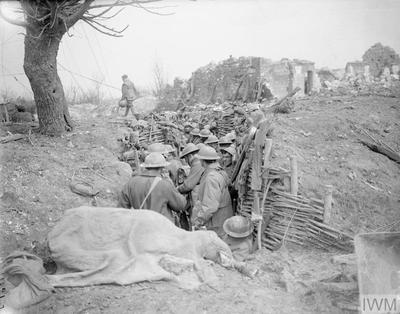 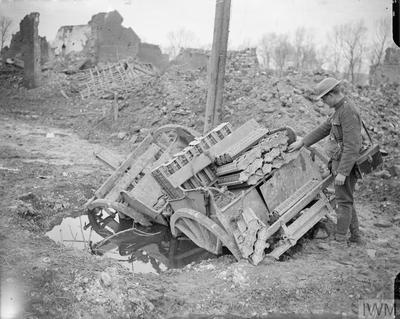 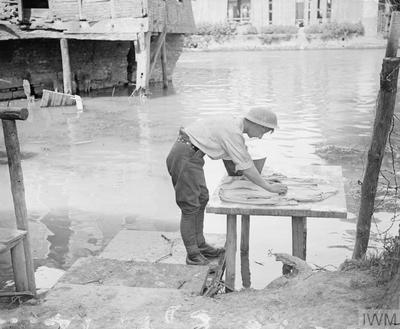 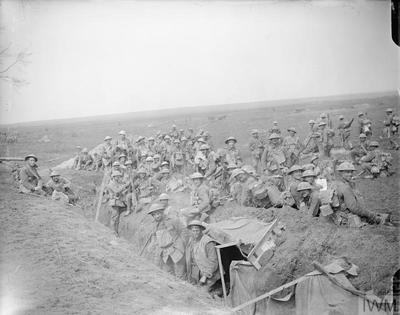 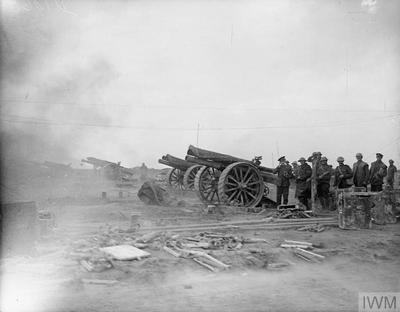 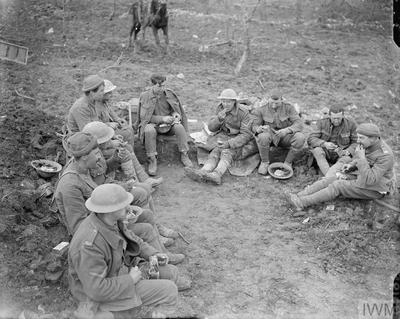 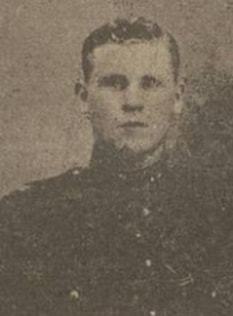 Son of William and Mary Ann Blatchford, of The Village, Honiton Clyst, Exeter. 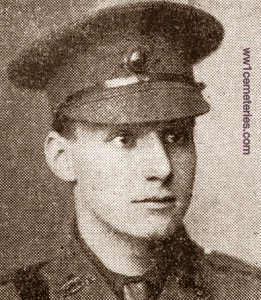 His headstone bears the inscription; "Father in thy loving keeping, leave we now our loved one sleeping." 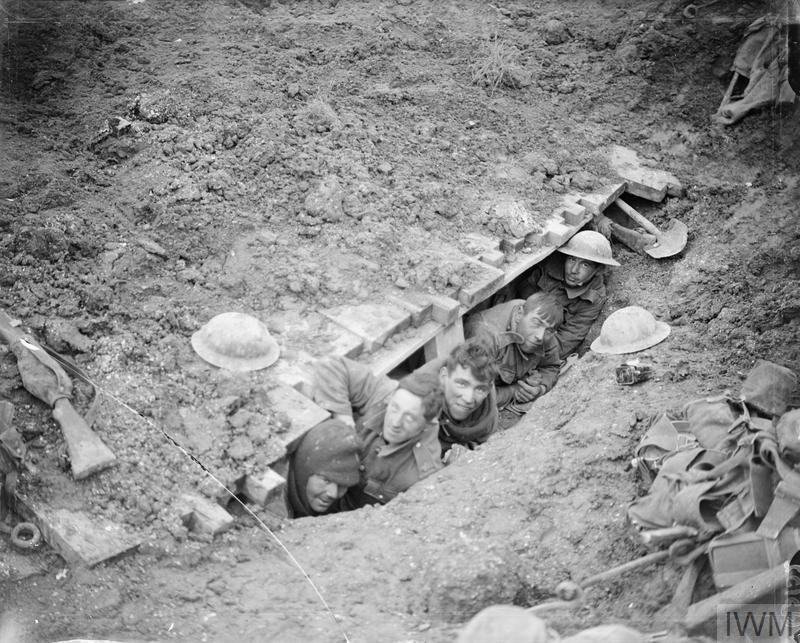 Troops of the 10th Battalion, Royal Fusiliers in a captured dug-out at Feuchy cross roads. Feuchy was captured by the 9th Division, 9 April 1917. © IWM (Q 5152) 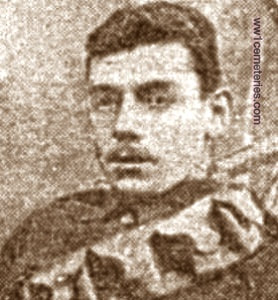 His headstone bears the inscription; "Also in memory of 26477, L/Cpl. Jim Palethorpe, West Riding Regiment, 27th November 1917." (Jim Palethorpe has no known grave and is commemorated on the Cambrai Memorial.) 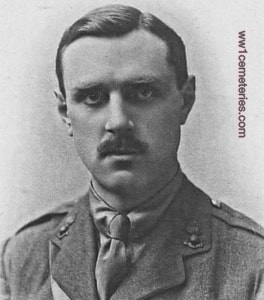 Son of Edmund and Felice Slade, of Chislehurst, Kent. Born at Chislehurst.

His headstone bears the inscription; "He that loses his life for my sake shall find it." 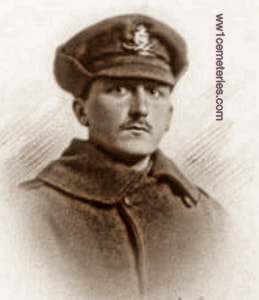 Son of Henry and Sara West, of Hull. 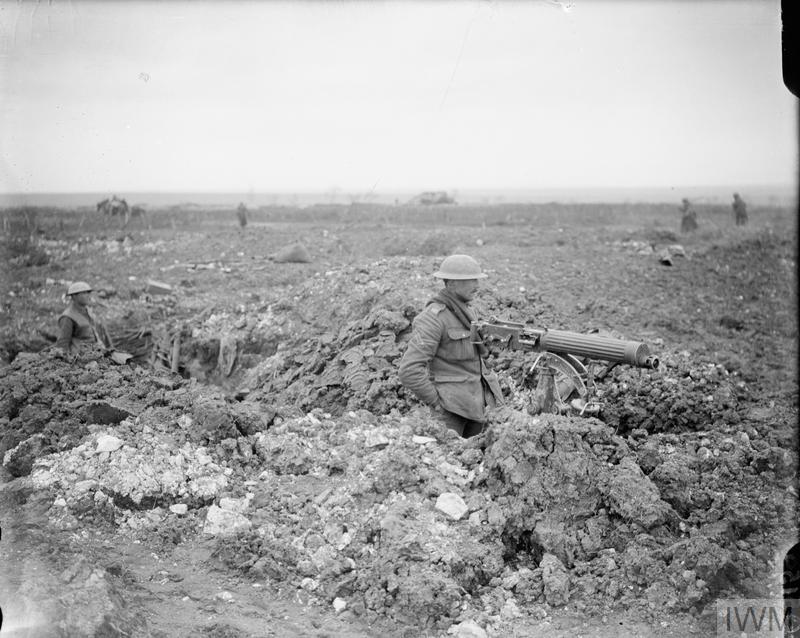 A Corporal of the Machine Gun Corps (MGC) stands at a machine gun post in a captured trench at Feuchy during the Battle of Arras, April 1917. © IWM (Q 5159) 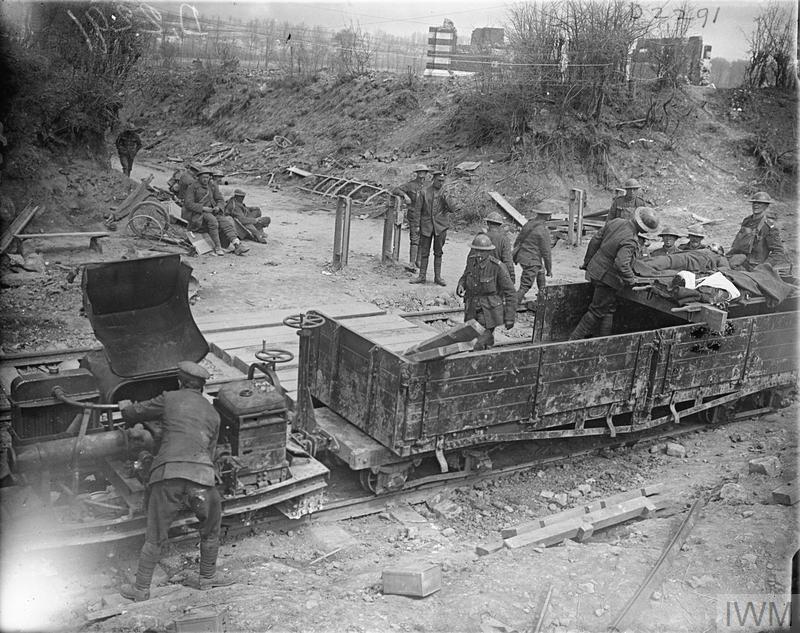