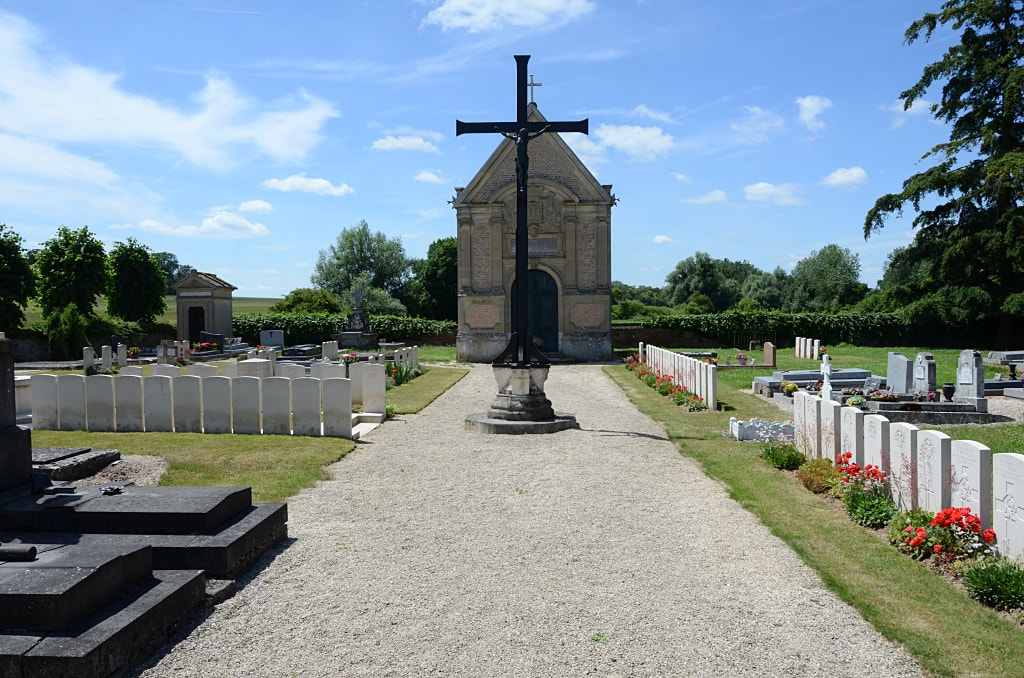 Foreste is a village in the Department of the Aisne, situated approximately 14 kilometres west of St. Quentin and approximately 9 kilometres north of Ham. Foreste Communal Cemetery is situated to the south of the village on the D34.

Foreste Communal Cemetery was used by the 92nd Field Ambulance in April 1917 and later by the 61st (South Midland) Division. The village fell into German hands in the summer of 1918.

The cemetery contains 117 Commonwealth burials and commemorations of the First World War. 22 of the burials are unidentified and special memorials are erected to 23 casualties buried by the Germans whose grave cannot be traced. 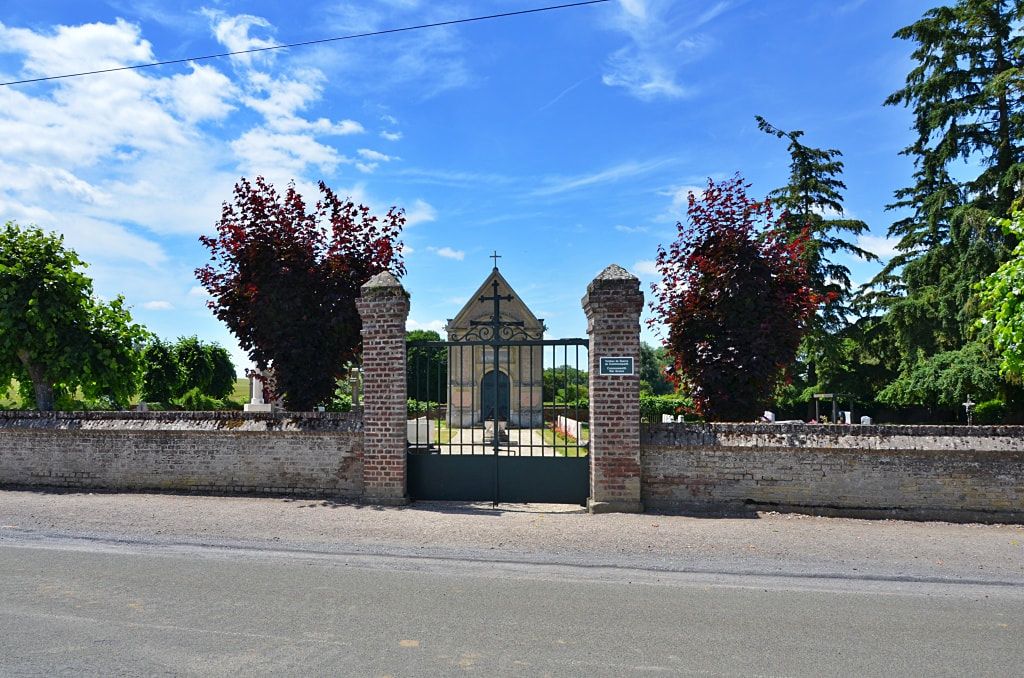 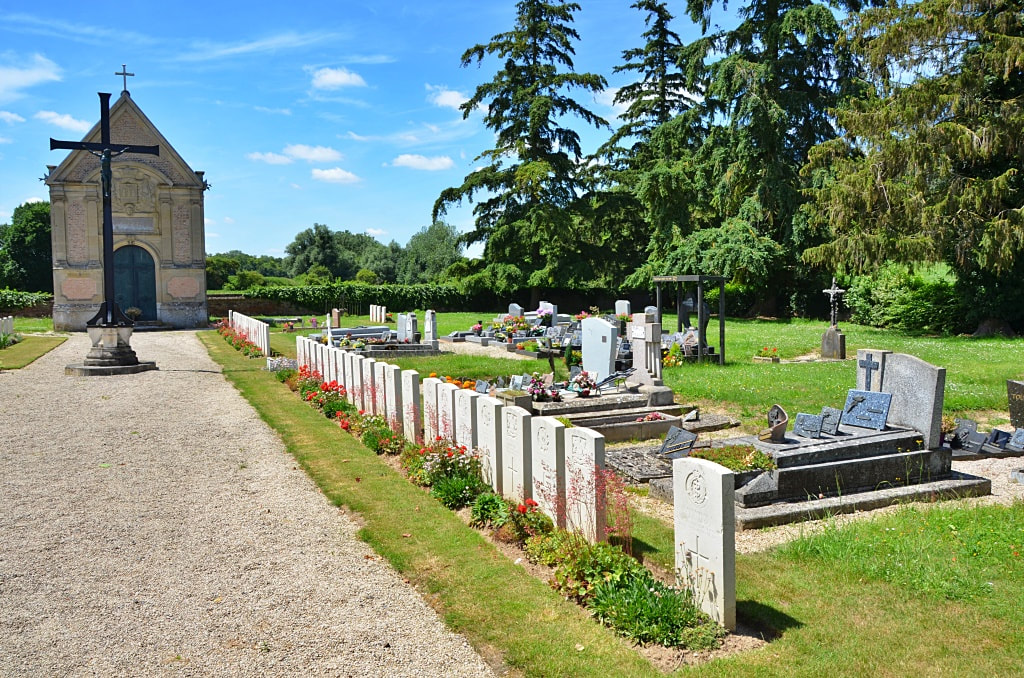 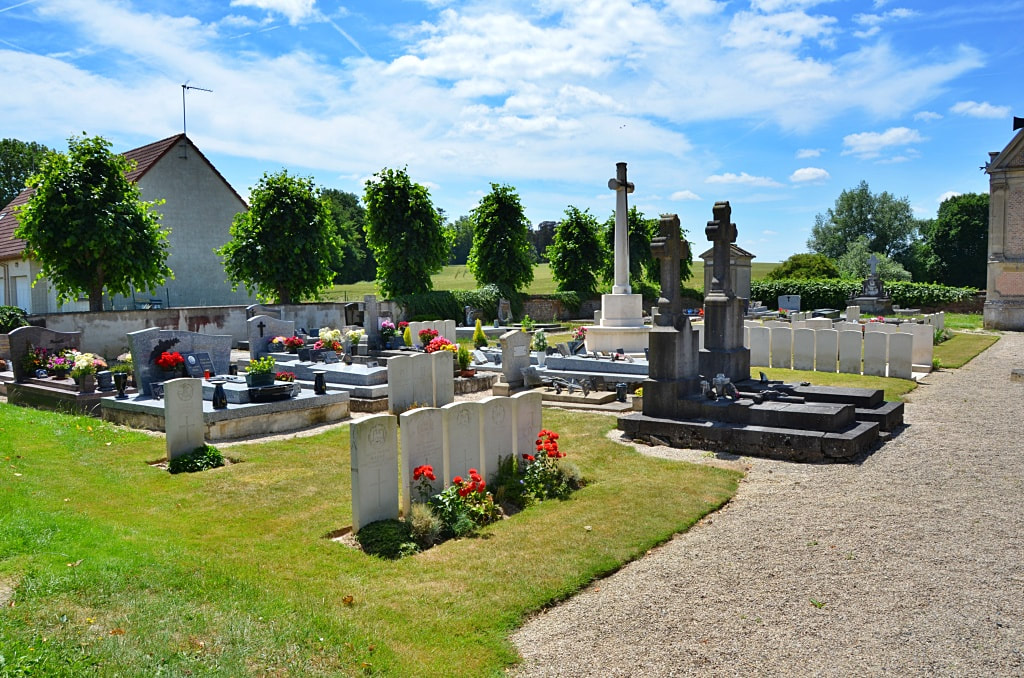 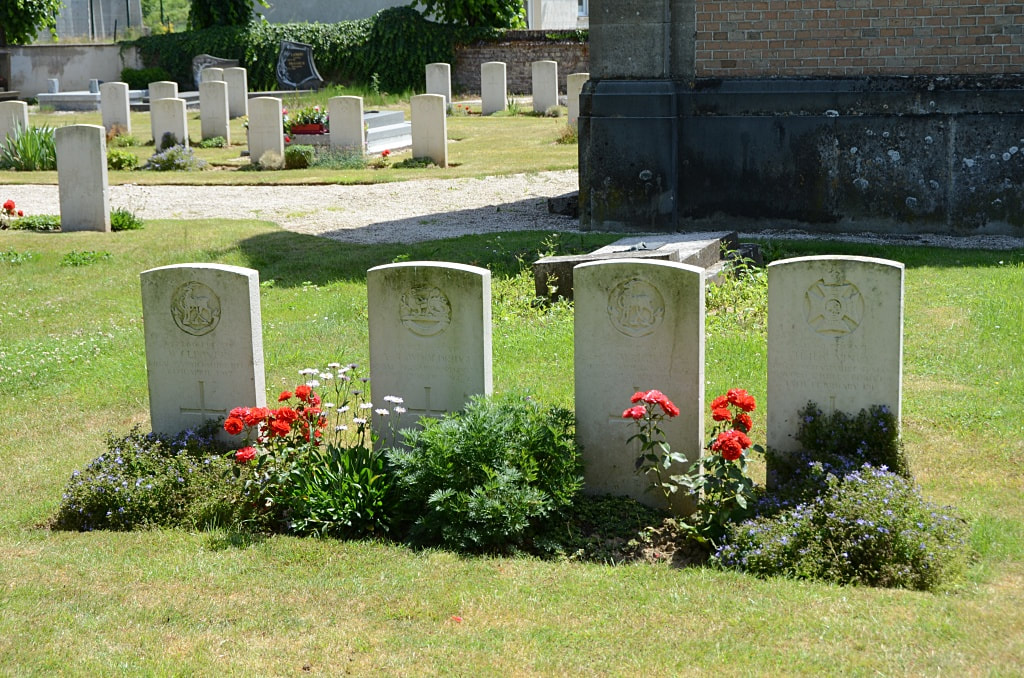 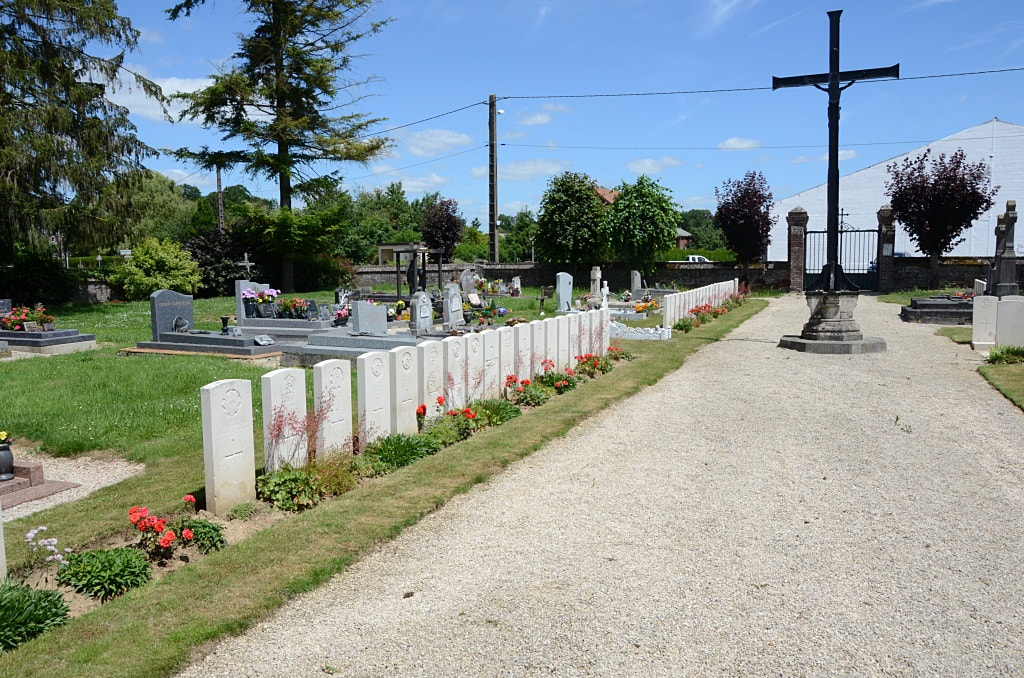 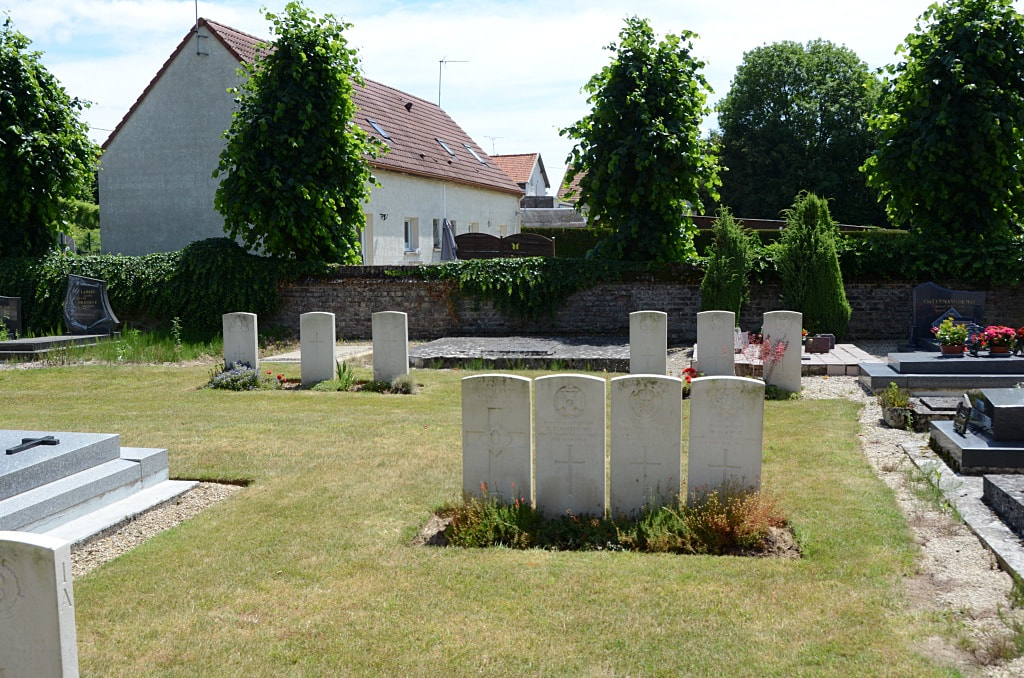 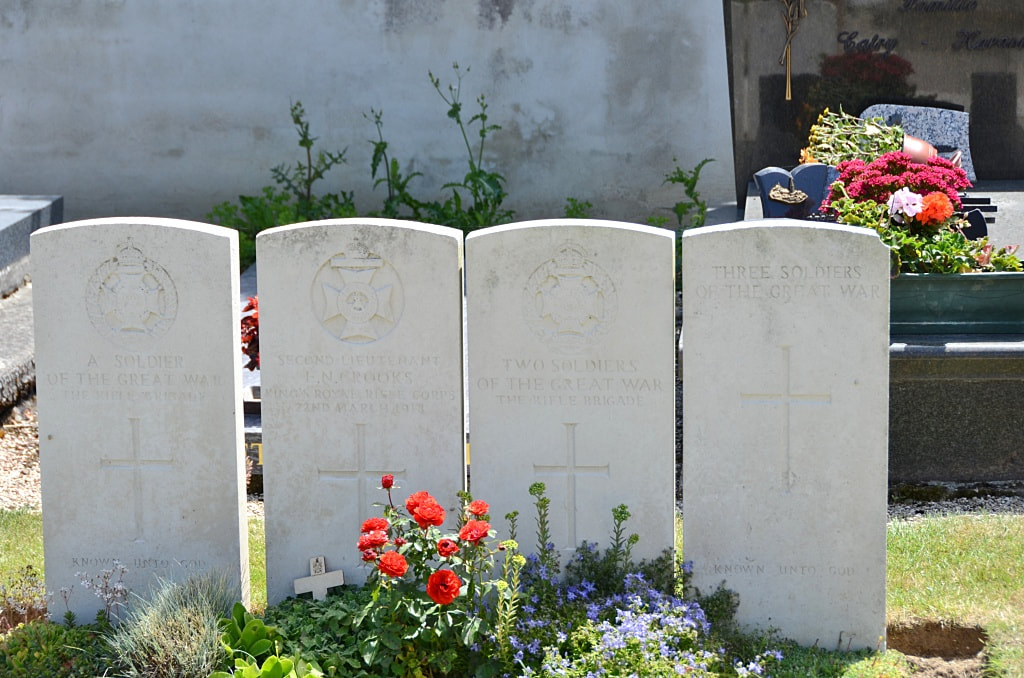 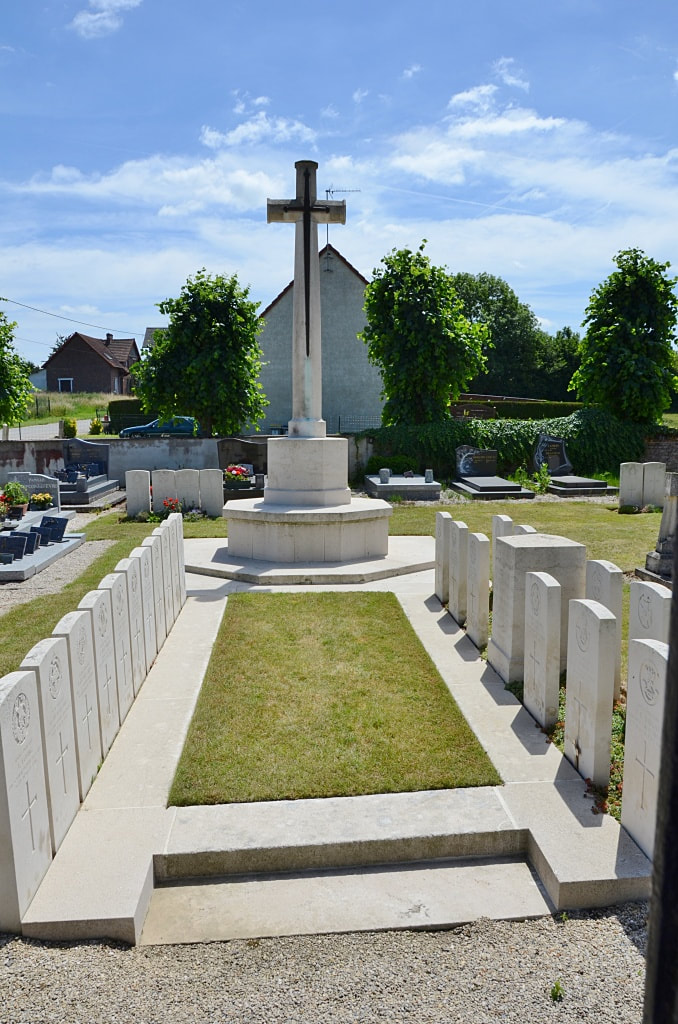 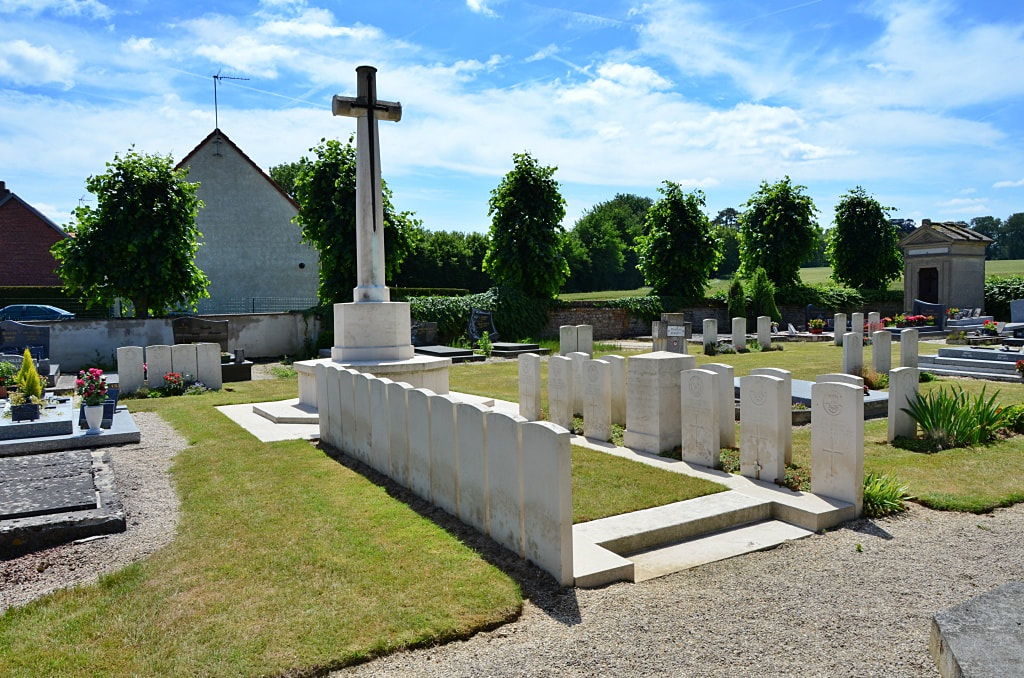 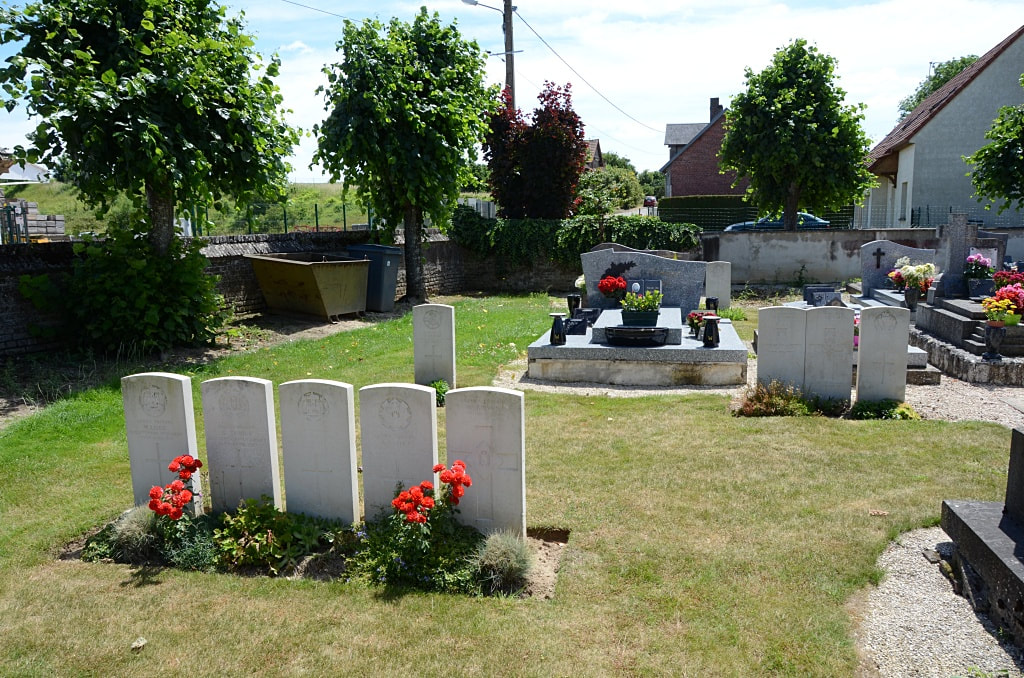 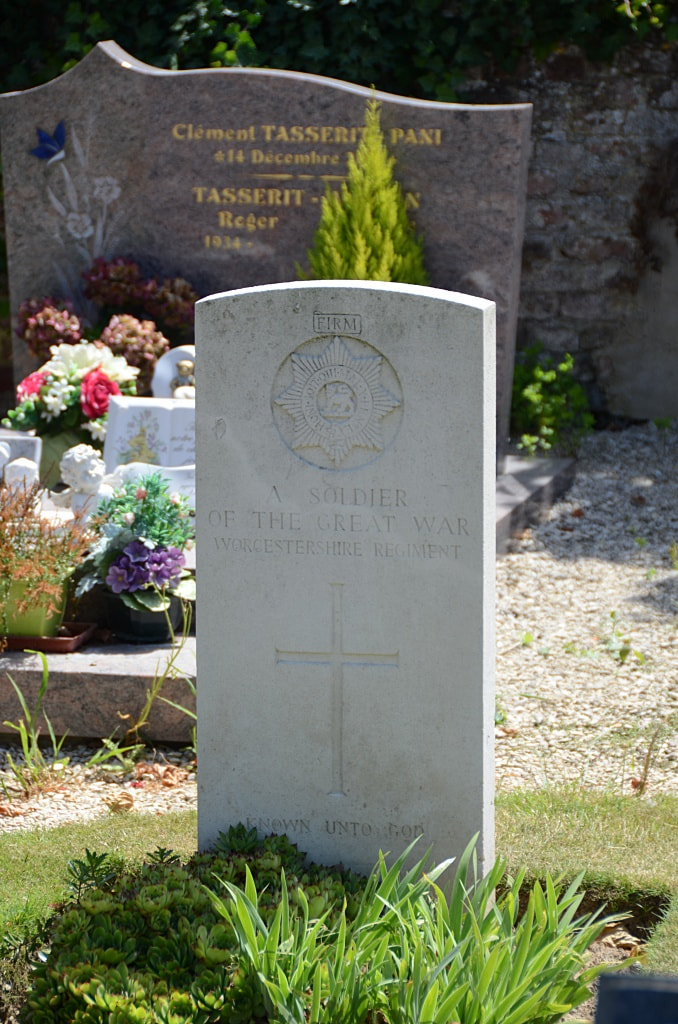 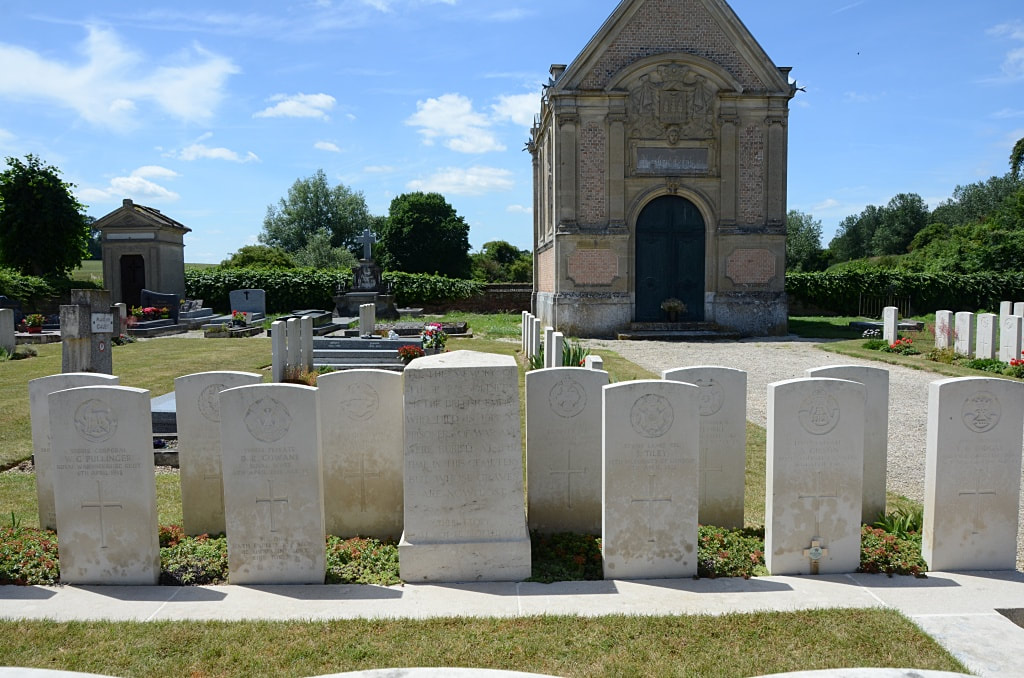 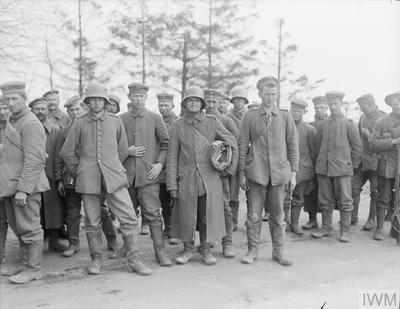 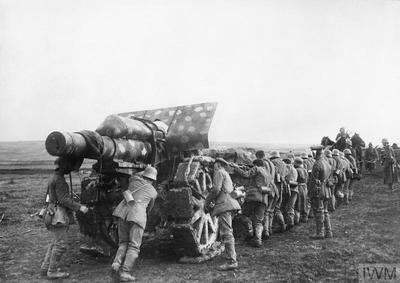 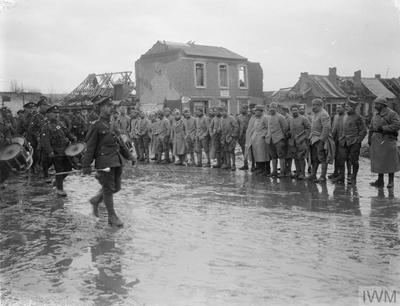 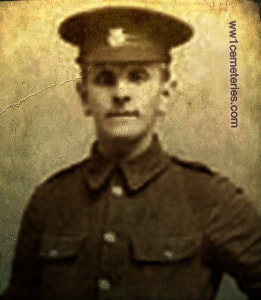 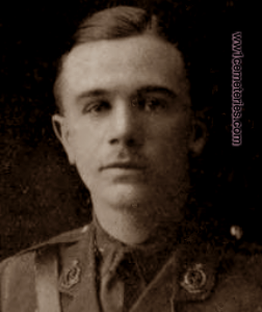 His headstone bears the inscription: "He Being Made Perfect. In A Short Time Fulfilled A Long Time." 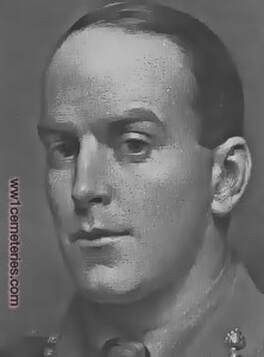 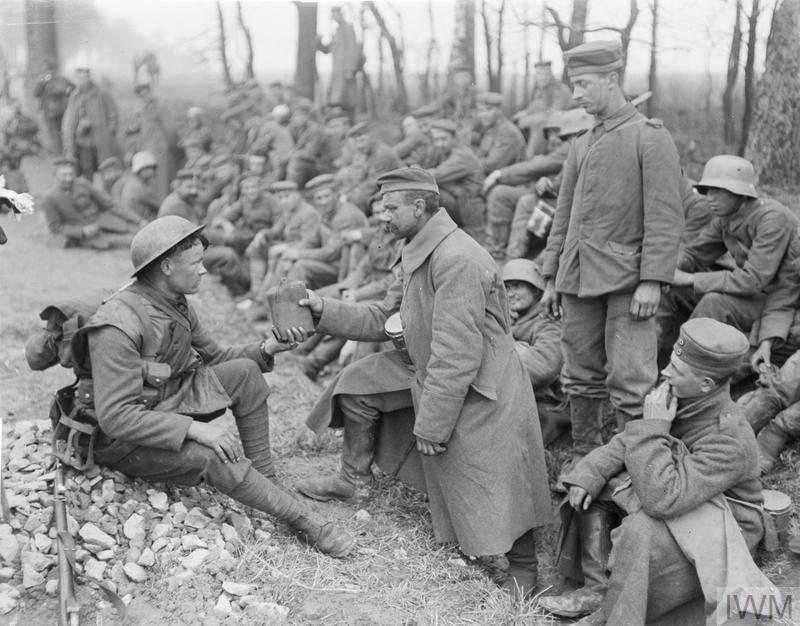 One of a number of German prisoners captured at the Battle of St. Quentin is offered a flask of water by a British soldier, part of the Rifle Brigade escort from the 20th Division, during the march along the Roye-Ham road, 22 March 1918. © IWM (Q 10773) 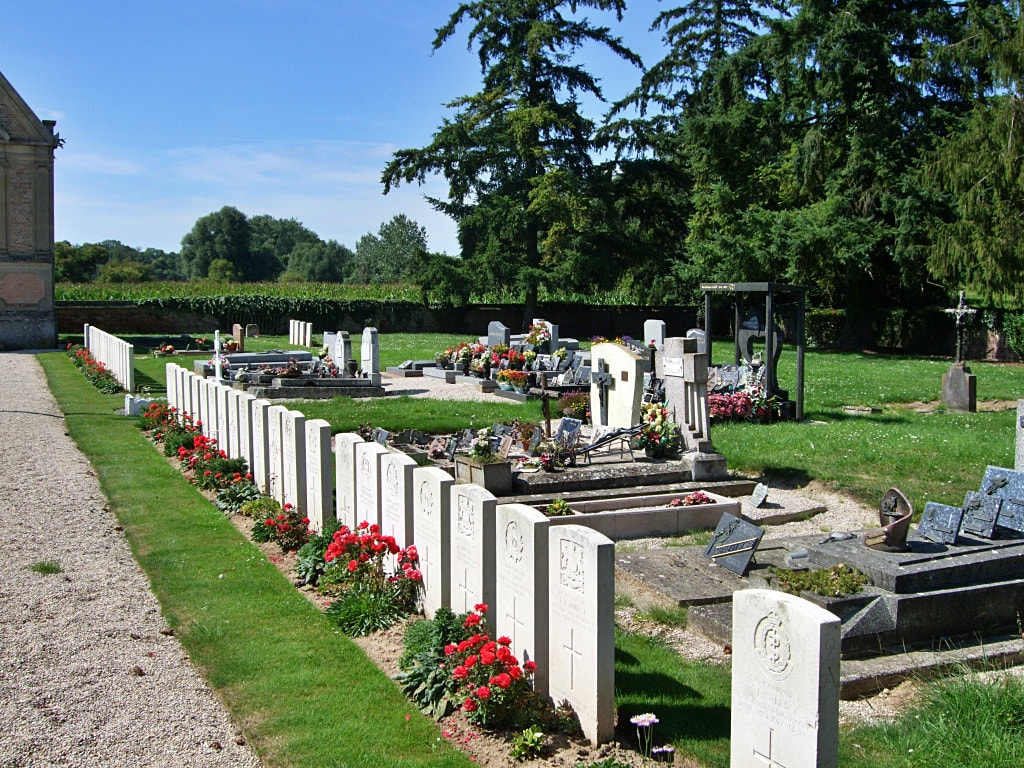 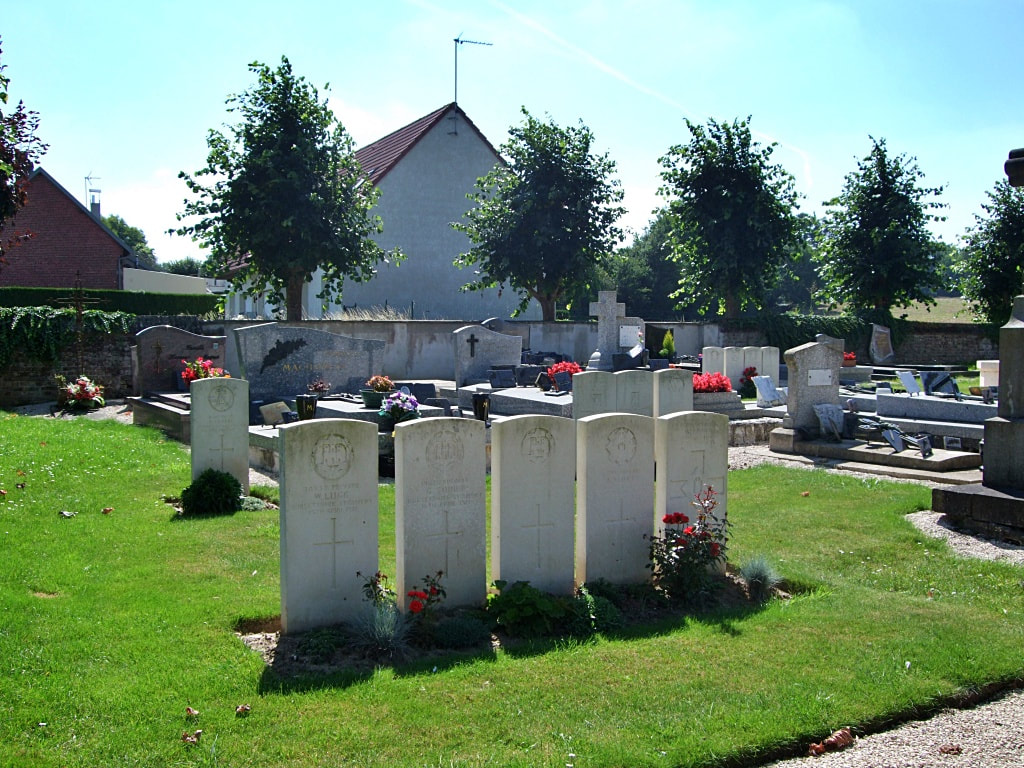 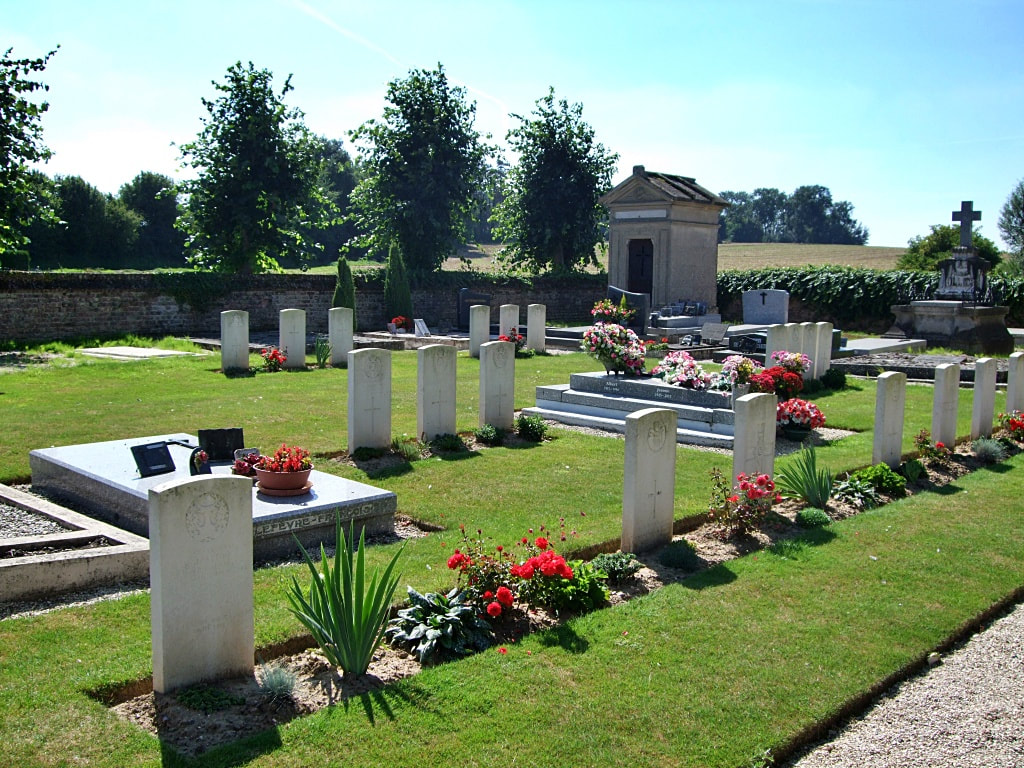 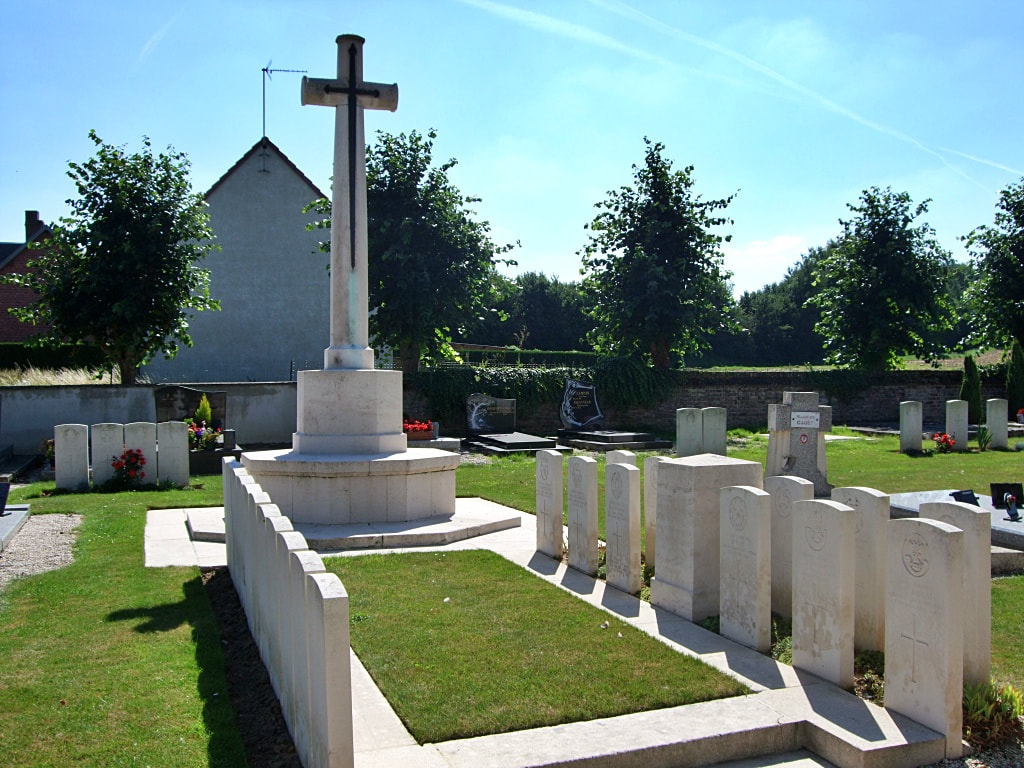 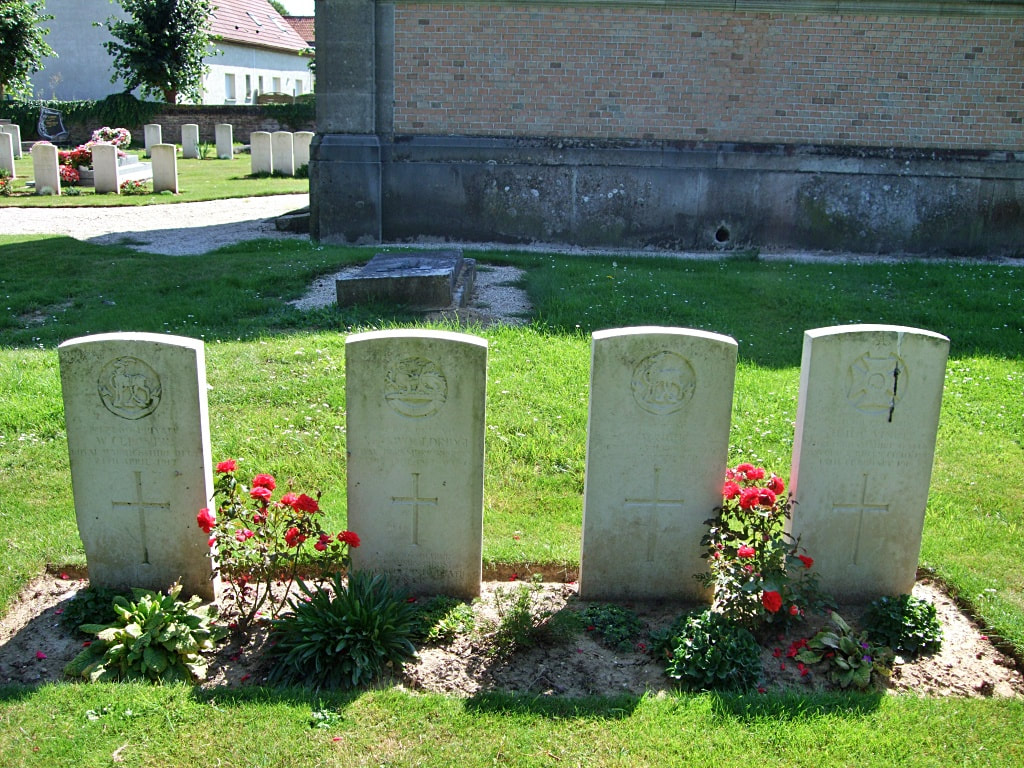 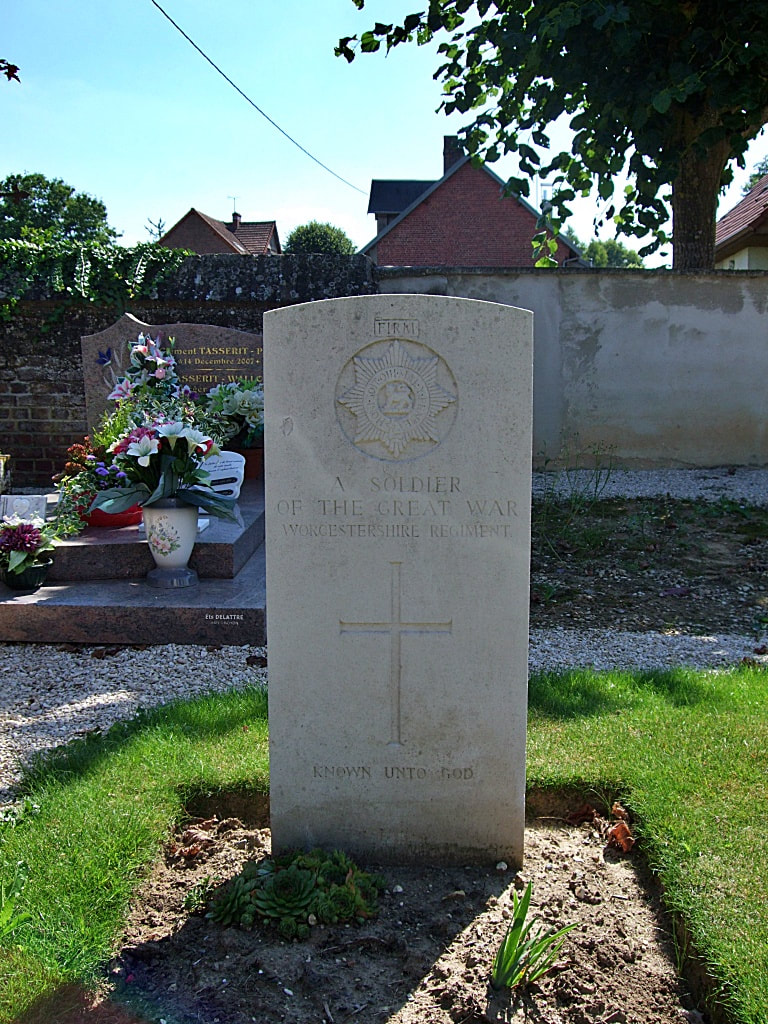