Fouquescourt is a village 35 kilometres east of Amiens and 8 kilometres due north of Roye.
​
The British Cemetery is a little north of the village on the east side of the road to Maucourt.

Fouquescourt village was captured by the 10th Canadian Infantry Brigade on 10 August 1918.

Fouquescourt British Cemetery was made after the Armistice when graves were brought in from the battlefields in a wide area round the village and other burial grounds, including:-

ASSEVILLERS MILITARY CEMETERY, on the West side of the village, begun by the French (who captured the place in 1916), which contained the graves of ten soldiers and one Royal Marine gunner from the United Kingdom, two soldiers from South Africa and one from Australia.

BEAUFORT CHURCHYARD, which contained one British burial of March, 1918.

BELLOY-EN-SANTERRE COMMUNAL CEMETERY FRENCH EXTENSIONS, which were two in number, containing respectively the graves of four and eleven soldiers from the United Kingdom. The village was captured by the Foreign Legion in July, 1916, and the British graves were made in 1916 and 1917.

CAPPY FRENCH MILITARY CEMETERY, which was an Extension of the Communal Cemetery North of the village of Cappy, and was used both by French and by German troops. It contained the graves of 590 French soldiers, 213 German, 16 from the United Kingdom and 13 from Australia. The British graves were made in 1915 and 1918.

CHAULNES COMMUNAL CEMETERY GERMAN EXTENSION (known as the New Military Cemetery by the Railway Station), which contained the graves of 201 German soldiers and three from the United Kingdom who fell in April and May, 1918.

ESTREES-DENIECOURT MILITARY CEMETERY, at the West end of the village, which contained the grave of one soldier from the United Kingdom.

MEHARICOURT COMMUNAL CEMETERY EXTENSION, on the North side of the Communal Cemetery, which contained the graves of nine soldiers from the United Kingdom who fell in February and March, 1917, and 225 French soldiers.

The cemetery contains 376 Commonwealth burials and commemorations of the First World War. 130 of the burials are unidentified but there is a special memorial to one casualty believed to be buried among them, and to five others buried by the Germans whose graves could not be found. The date of death in the great majority of cases is February or March 1917, or March, April or August 1918, but a few graves of 1915 will be found in Plots I and III. 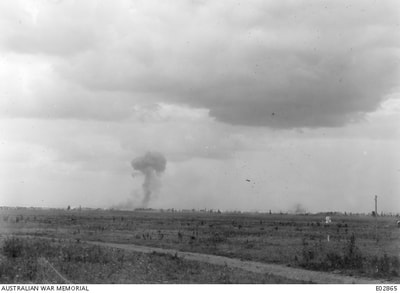 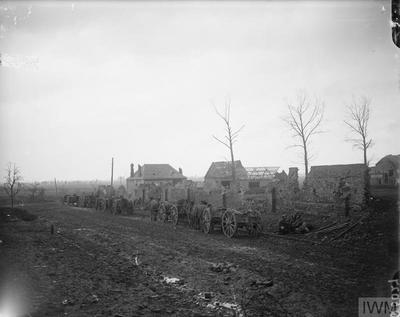 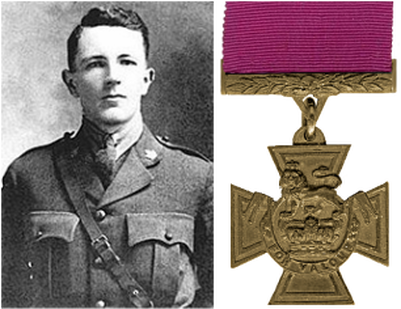 78th Battalion, Canadian Infantry (Manitoba Regiment), he was killed on the 11th August 1918, aged 31. He has no known grave and is commemorated on a special memorial in the cemetery.


Citation: An extract from "The London Gazette", dated 24th Sept., 1918, records the following:-"For most conspicuous bravery and initiative in attack. The advance having been checked by intense machine-gun fire, Lt. Tait rallied his company and led it forward with consummate skill and dash under a hail of bullets. A concealed machine gun, however, continued to cause many casualties. Taking a rifle and bayonet, Lt. Tait dashed forward alone and killed the enemy gunner. Inspired by his example his men rushed the position, capturing twelve machine guns and twenty prisoners. His valorous action cleared the way for his battalion to advance. Later, when the enemy counter-attacked our positions under intense artillery bombardment, this gallant officer displayed outstanding courage and leadership, and, though mortally wounded by a shell, continued to aid and direct his men until his death." 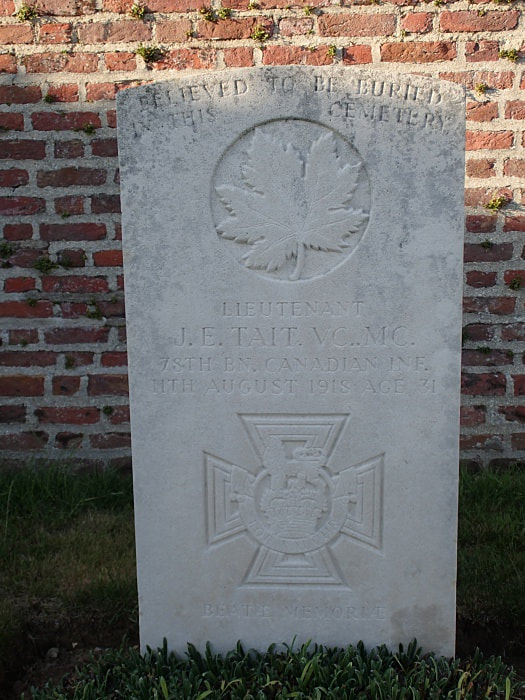 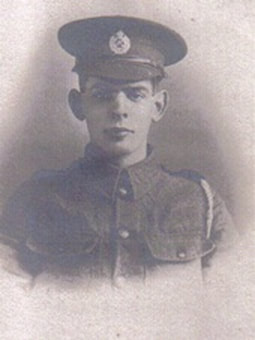 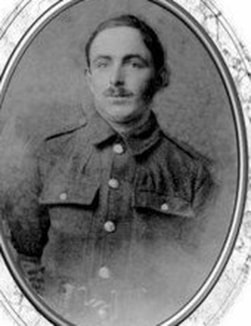 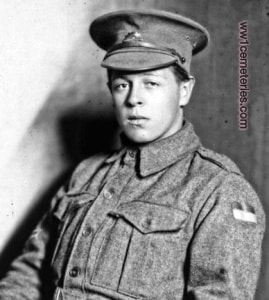 From Melbourne, Pte O'Toole enlisted on 4 March 1915 using his brother's name (Lawrence Joseph) and claiming to be an 18 year old clerk. He embarked for overseas with the service number 2195 with the 6th Reinforcements of the 14th Battalion from Melbourne on 17 June 1915 aboard HMAT Wandilla (A62). After arriving in Egypt, he was taken ill and returned to Australia in November 1915. He re-embarked for overseas with service number 6828 with the 22nd Reinforcements of the 6th Battalion from Melbourne on 25 October 1916 aboard HMAT Ulysses (A38). Following further training in England, he proceeded to France where he joined the 6th Battalion on 11 May 1917. Pte O'Toole was killed in action at Aubigny, France on 10 August 1918. 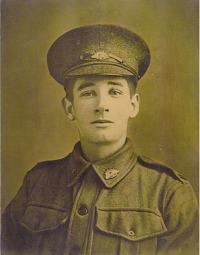 Remembered with honour and respect by his great niece Cecilia Hannon and the combined Tucker and Hannon families. 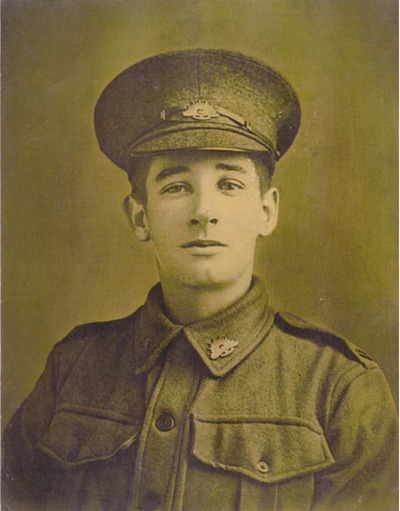 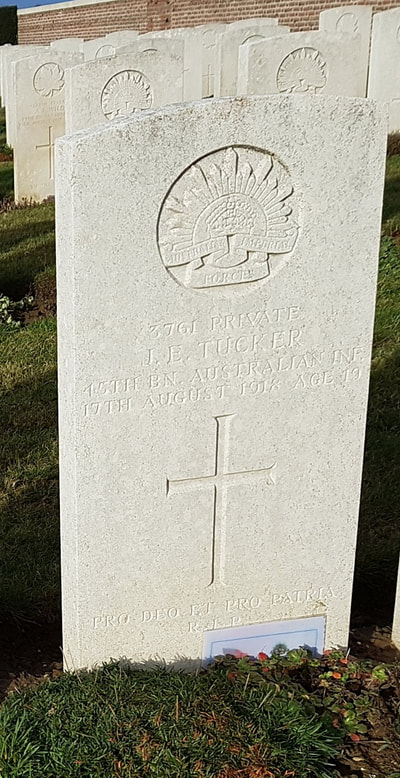 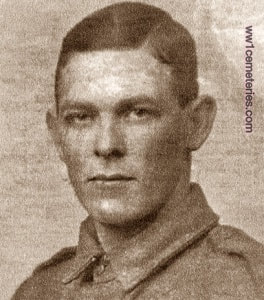 Son of Francis A. and Catherine Wortley, of Peel St., Yatala, South Australia. 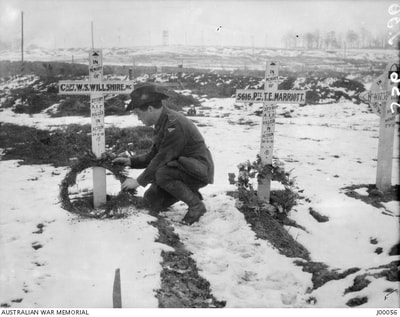 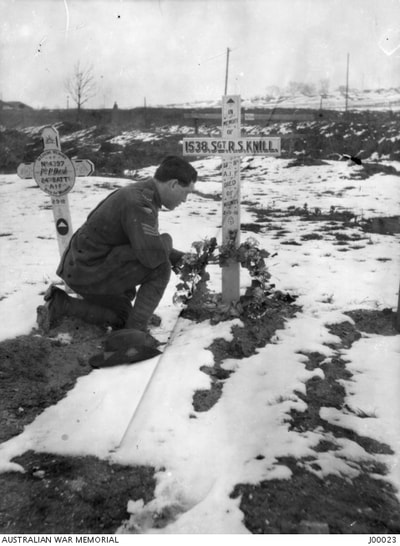 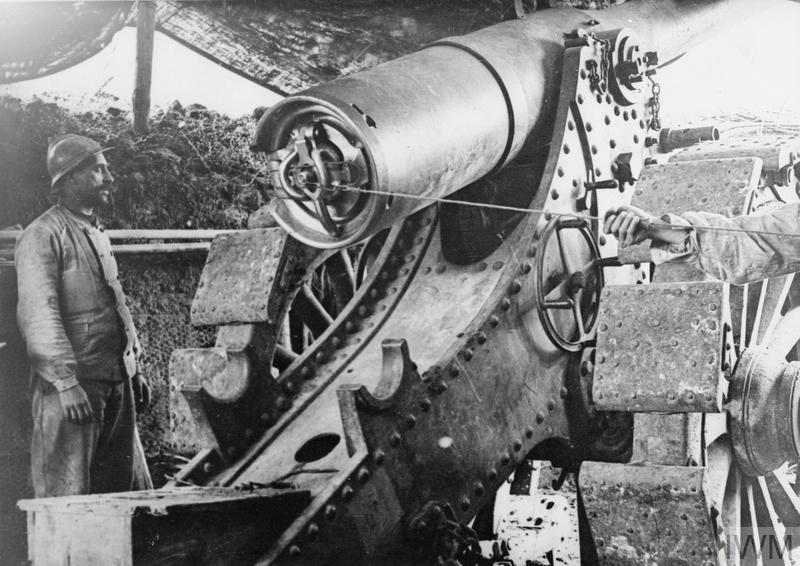