The village of Frameries is located south-west of Mons off the R5 ring. From the E19 motorway turn off at junction 24a and onto the ring R5. Follow the ring to the junction with the N544, turn right onto the N544 direction Frameries. Follow the N544 into Frameries and at the first turning on the left turn left into rue Sainte-Philomene. Take the first turning left into rue Donaire, cross the railway and the cemetery is along here on the left. The graves are located in the Belgian Military area in plots 9 and 39.

The 9th Infantry Brigade fought their way through the streets of Frameries on 24 August 1914. The village remained in German hands until retaken by the Canadian Corps at the end of the war.

The graves in the communal cemetery are largely those of soldiers who fell in August 1914, most of whom belonged to the 3rd Division and largely to the 1st Lincolns. These graves, with one exception, were brought into the cemetery after the Armistice.

The cemetery now contains 95 Commonwealth burials of the First World War, 67 of which are unidentified. 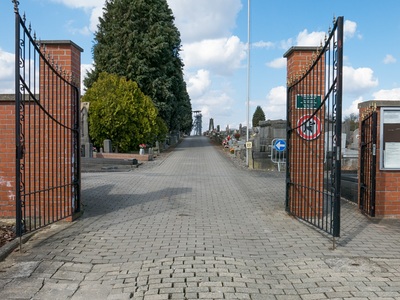 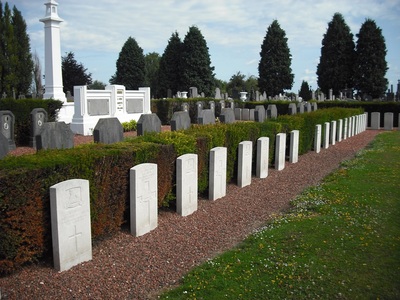 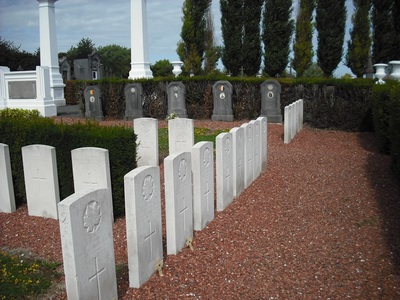 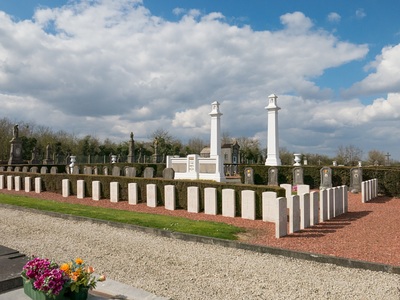 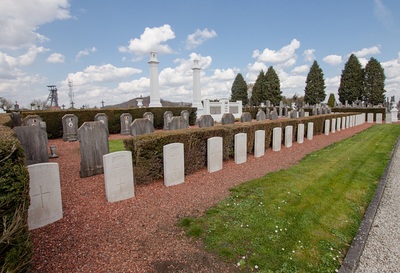 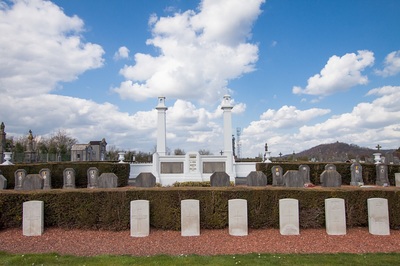 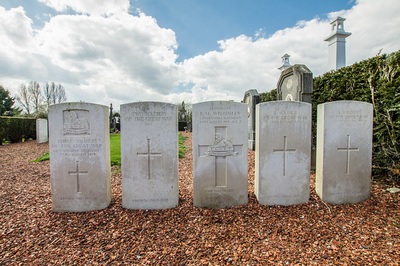 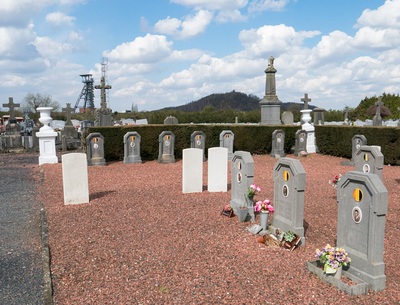 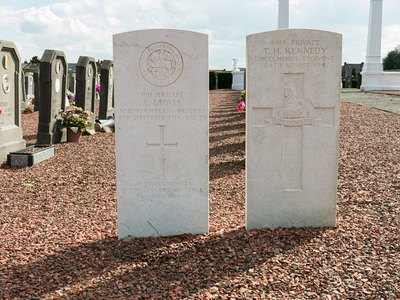 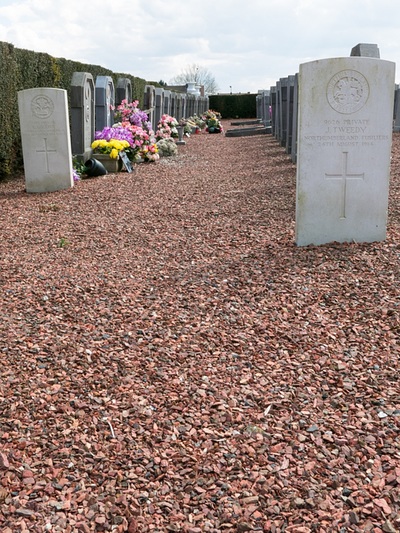 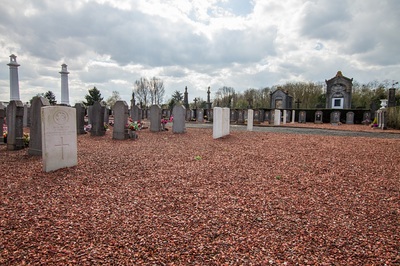 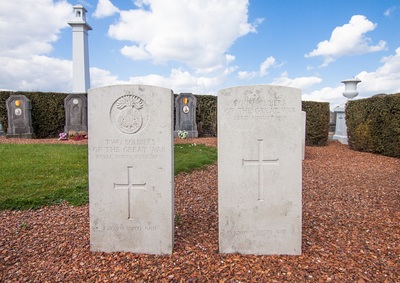 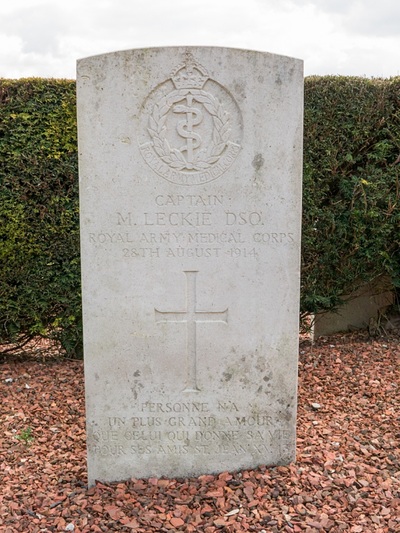 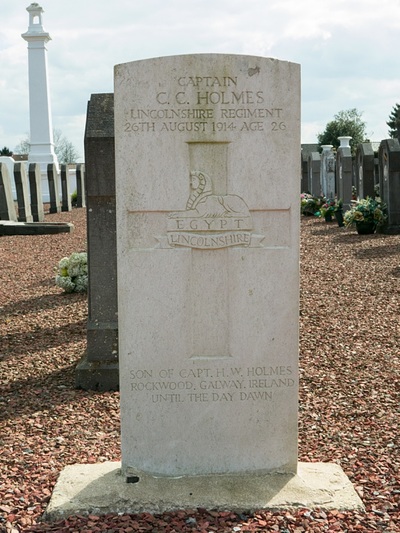 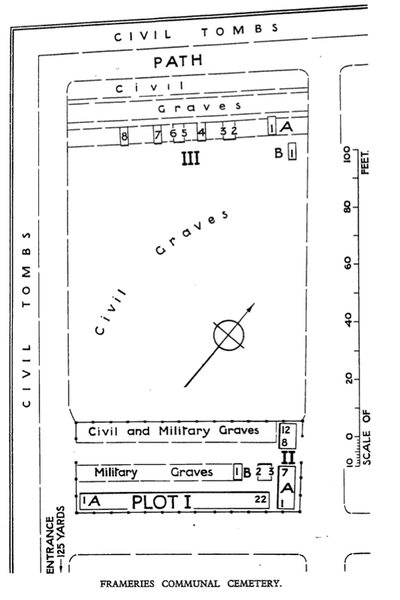 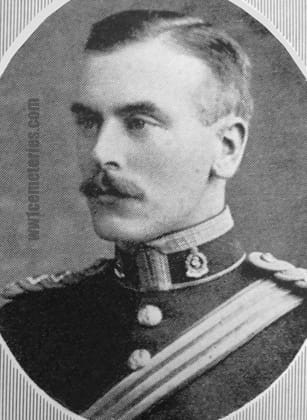