The village of Flenu is located south-west of Mons off the R5 ring. From the E19 motorway turn off at junction 24a and onto the ring R5. Follow the ring to the junction with the N51, turn left onto the N51 direction Jemappes. Follow the N51 into Jemappes and turn left into avenue du Champ de Bataille, this is the turning on the left before the church. Follow this road to the main crossroads and turn right at the crossroads into Rue De Quaregnon. The cemetery is along here on the right. The graves are located to the right hand side of the main entrance.

Flenu Communal Cemetery contains 17 Commonwealth burials of the First World War, 12 of which are unidentified. All date from August 1914. 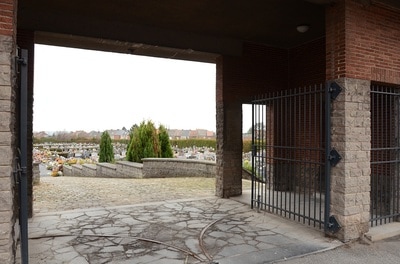 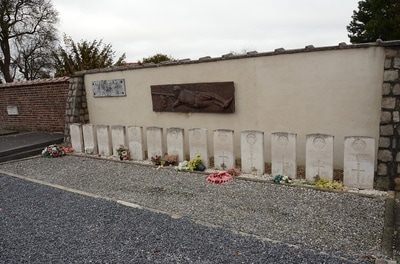 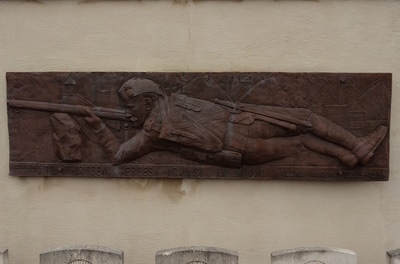 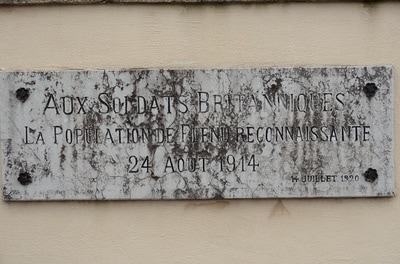 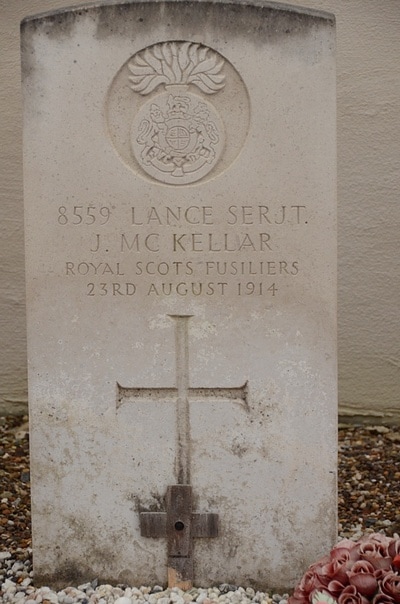 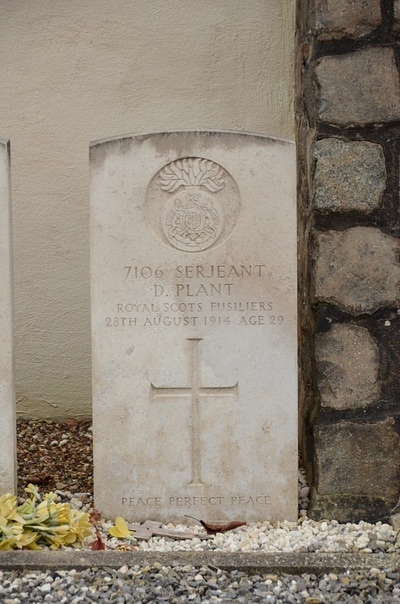 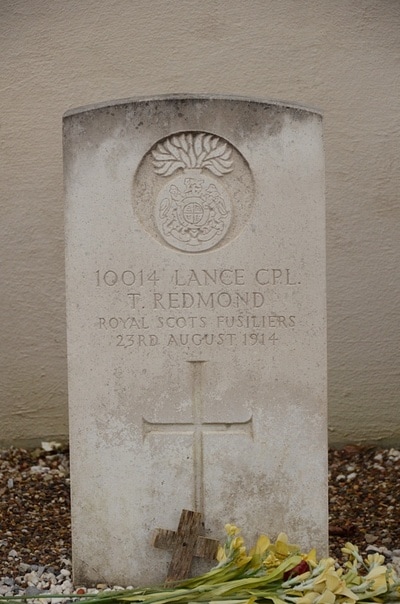 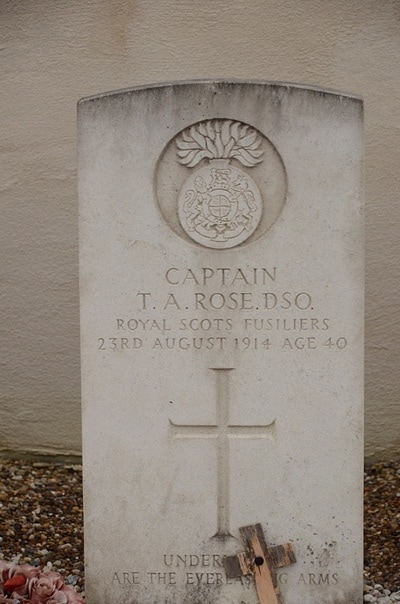 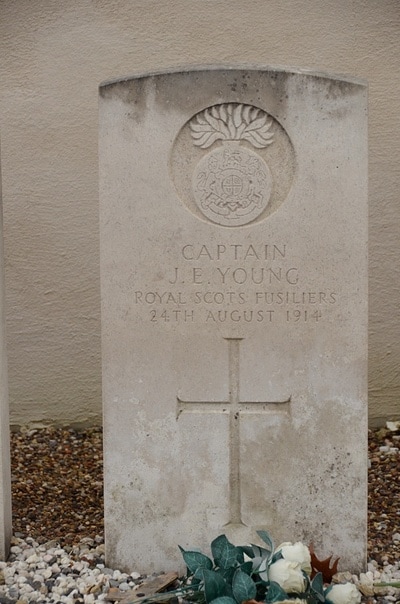 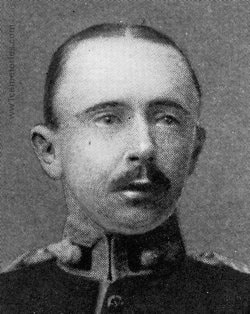