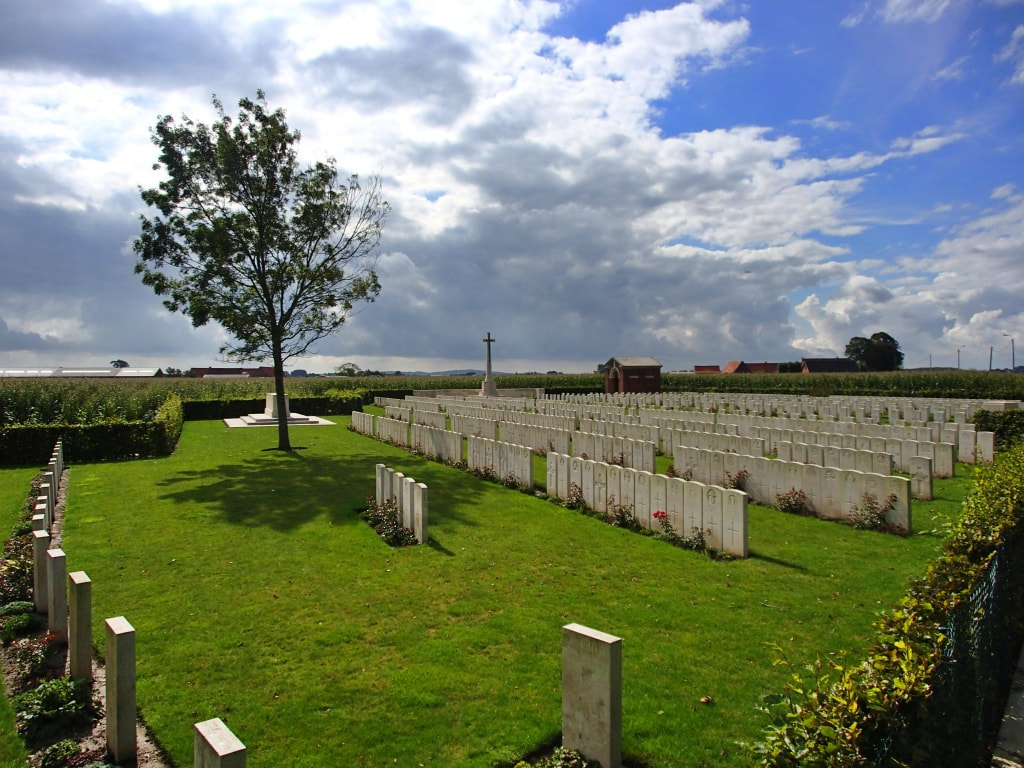 The cemetery is located 18 km from Ieper town centre on a road leading from the N308 connecting Ieper to Poperinge and on to Roesbrugge.

The second right hand turning in the village of Haringe leads onto Nachtegaalstraat. The cemetery lies 400 metres along the Nachtegaalstraat on the left hand side of the road.

Bandaghem, like Dozinghem and Mendinghem, were the popular names given by the troops to groups of casualty clearing stations posted to this area during the First World War.

The cemetery contains 772 Commonwealth burials of the First World War. There is a separate plot of 39 German war graves, but four plots (X, XI, XII and XIII) of French graves were removed to other burial grounds after the war. There are also five Second World War burials in the cemetery, three of which are unidentified. 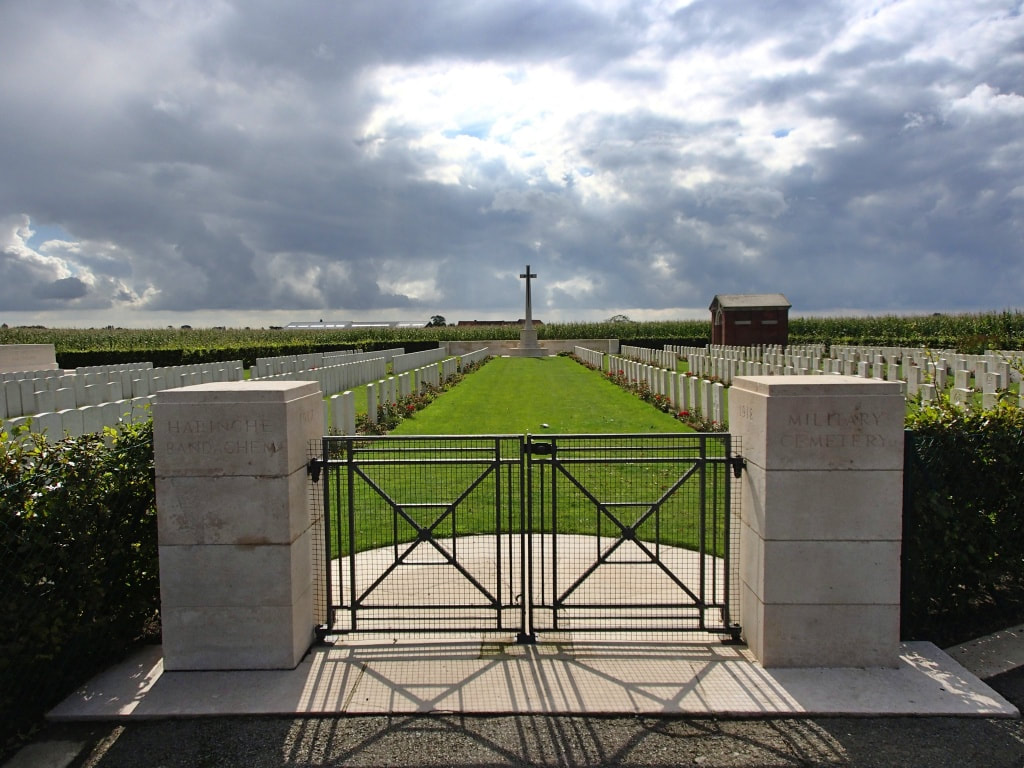 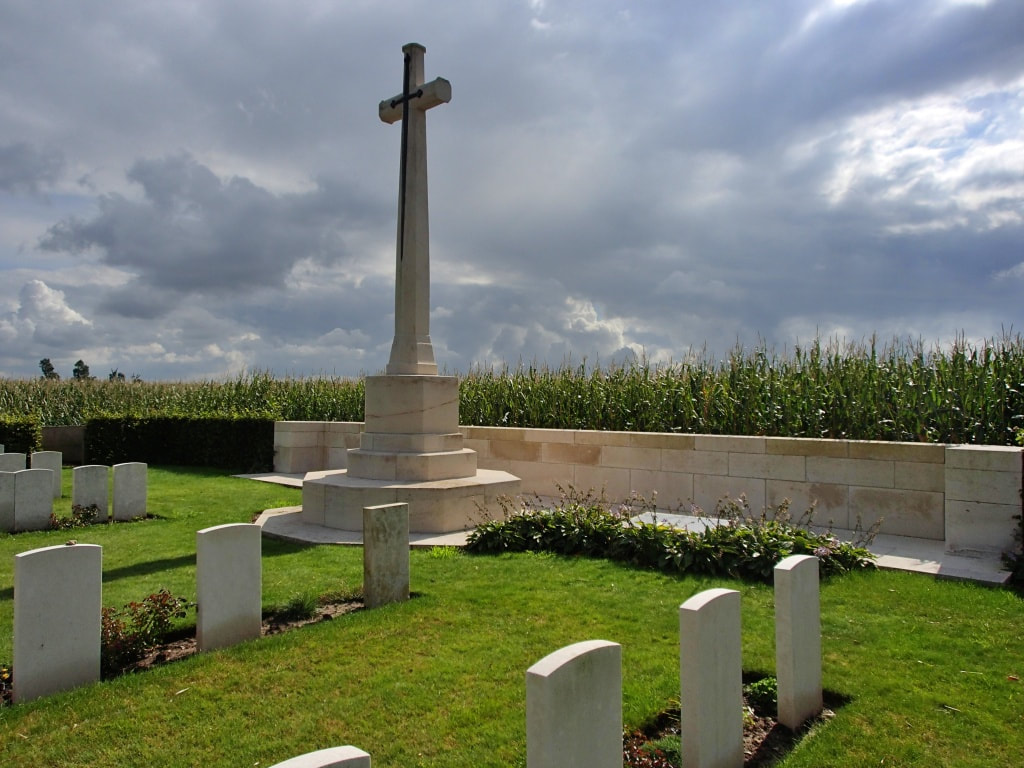 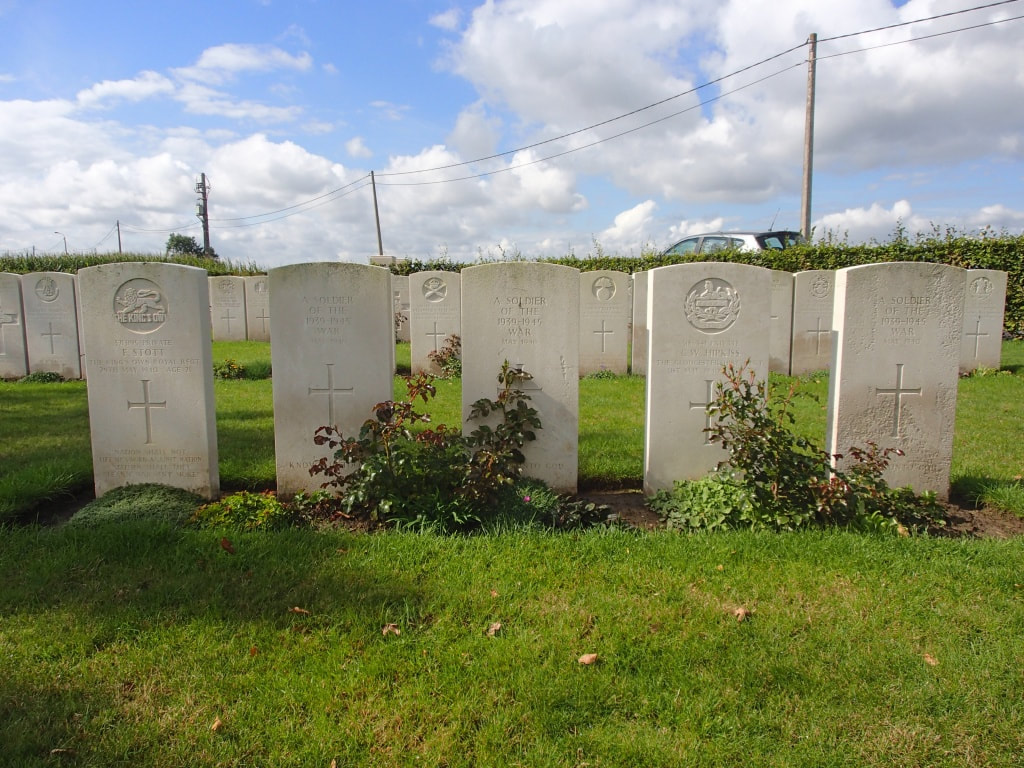 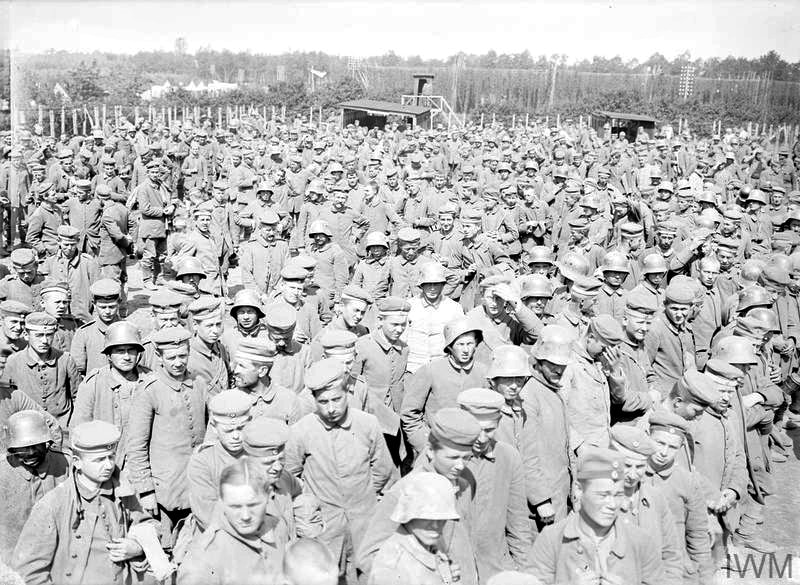 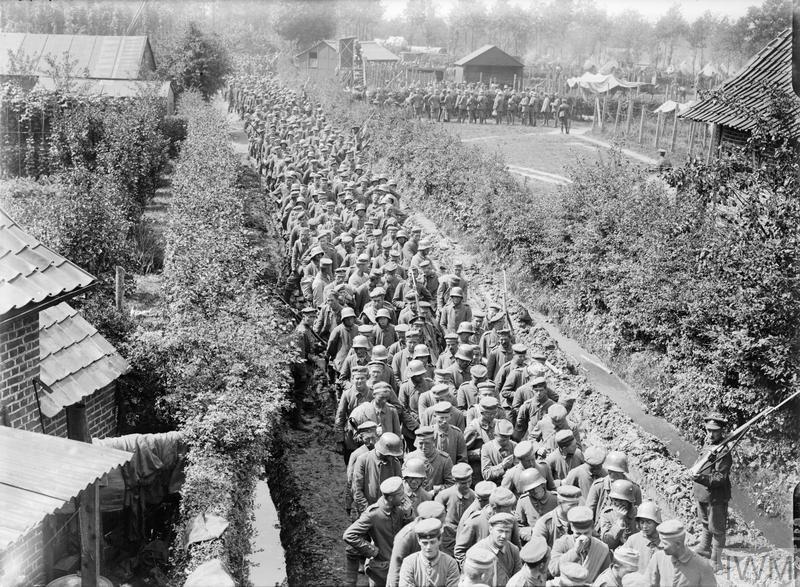 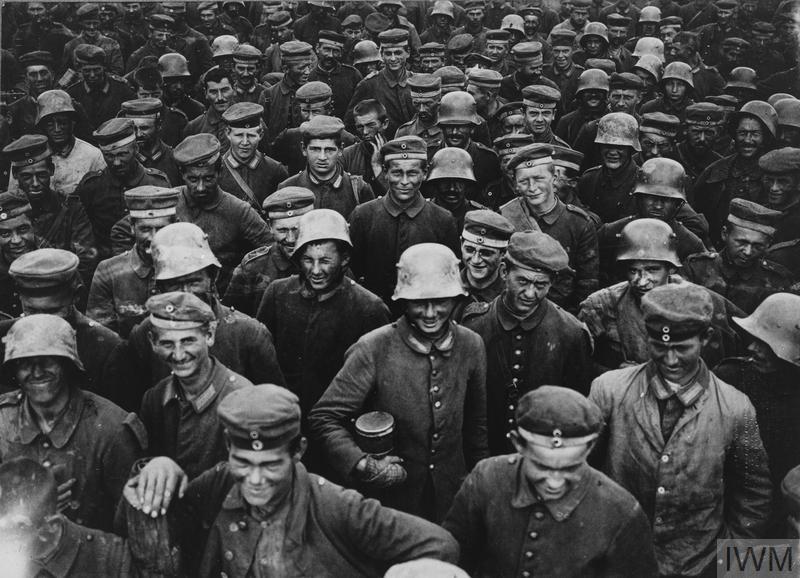 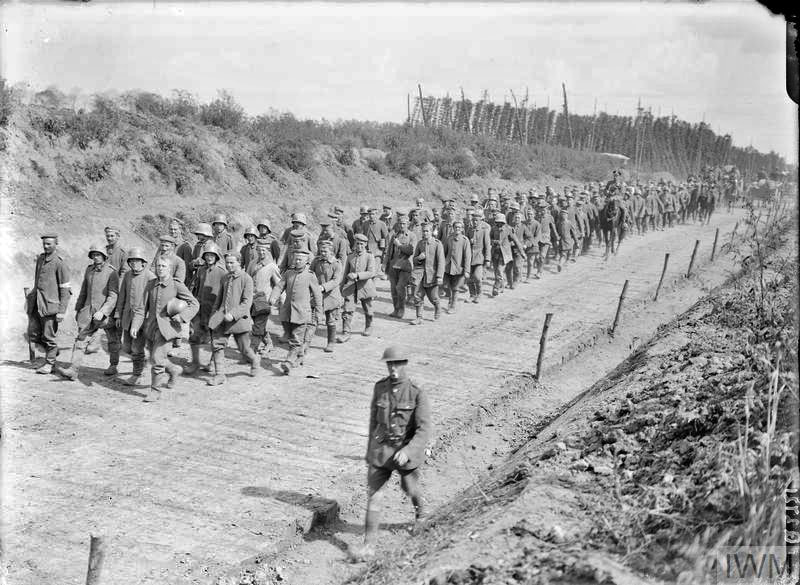 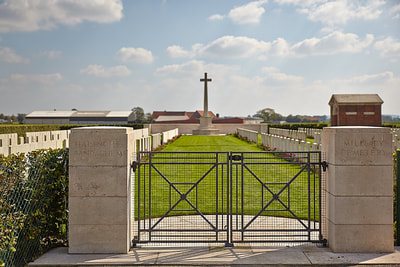 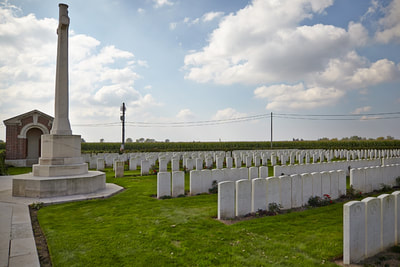 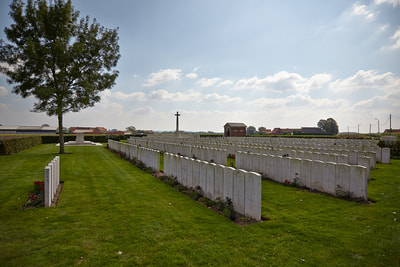 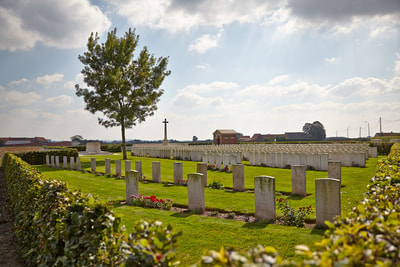 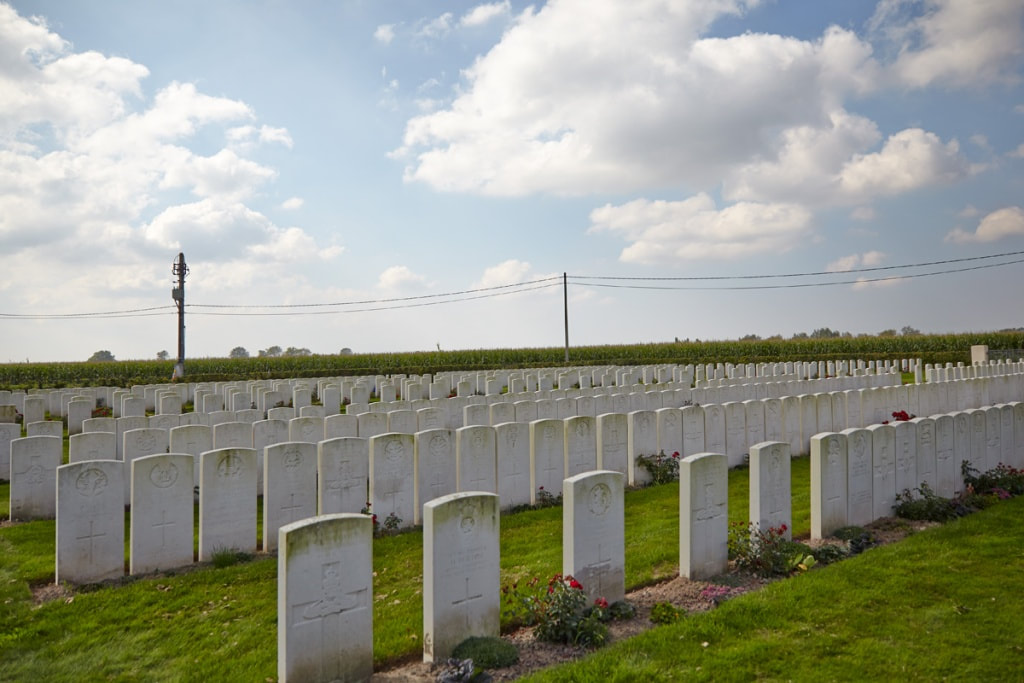 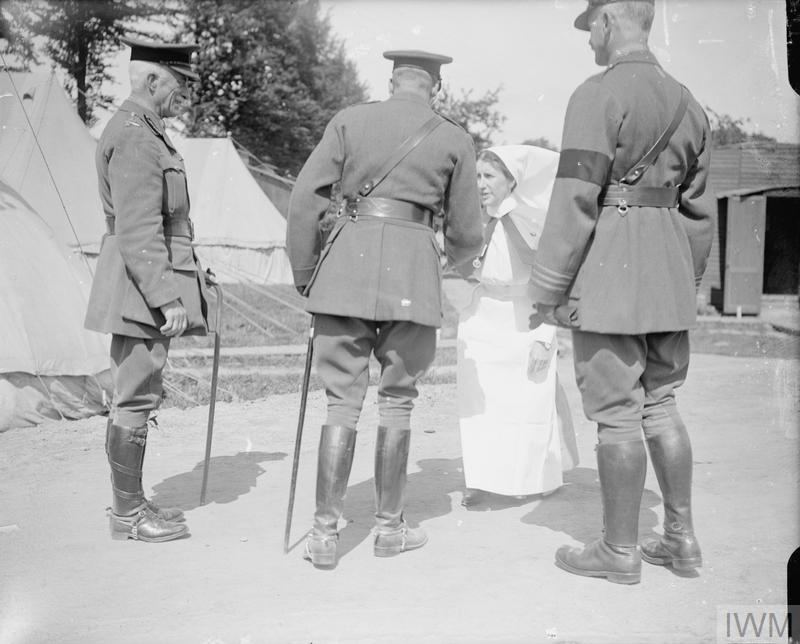 King George V receiving a Matron at a Casualty Clearing Station near Proven, during his visit to the Fifth Army, 6 July 1917. © IWM Q 5596 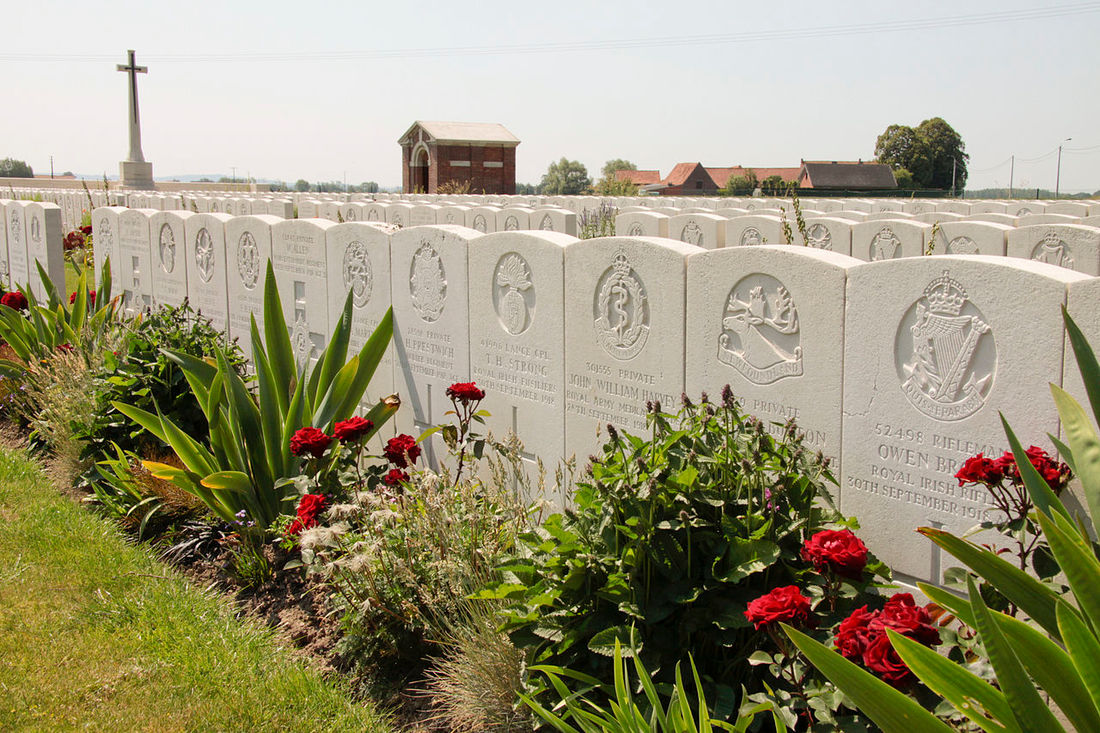 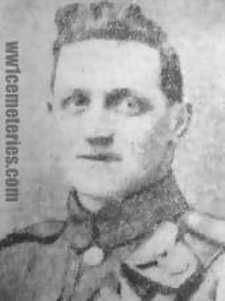 His wife placed an "In Memoriam notice" in the Burnley Express on 26th June 1918, it read:

"As through this weary world I wander,
My thoughts will ever be of you;
In memory I shall see you ever,
I loved you better than you knew."

From his sorrowing wife. 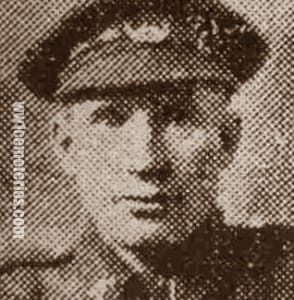 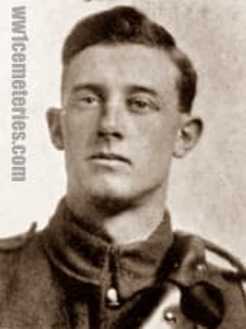 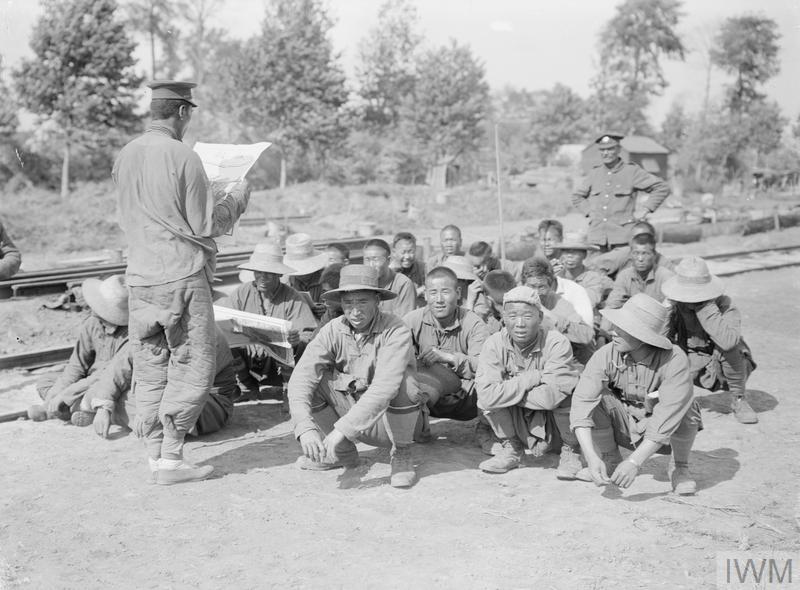 3 Recipients of the Albert Medal 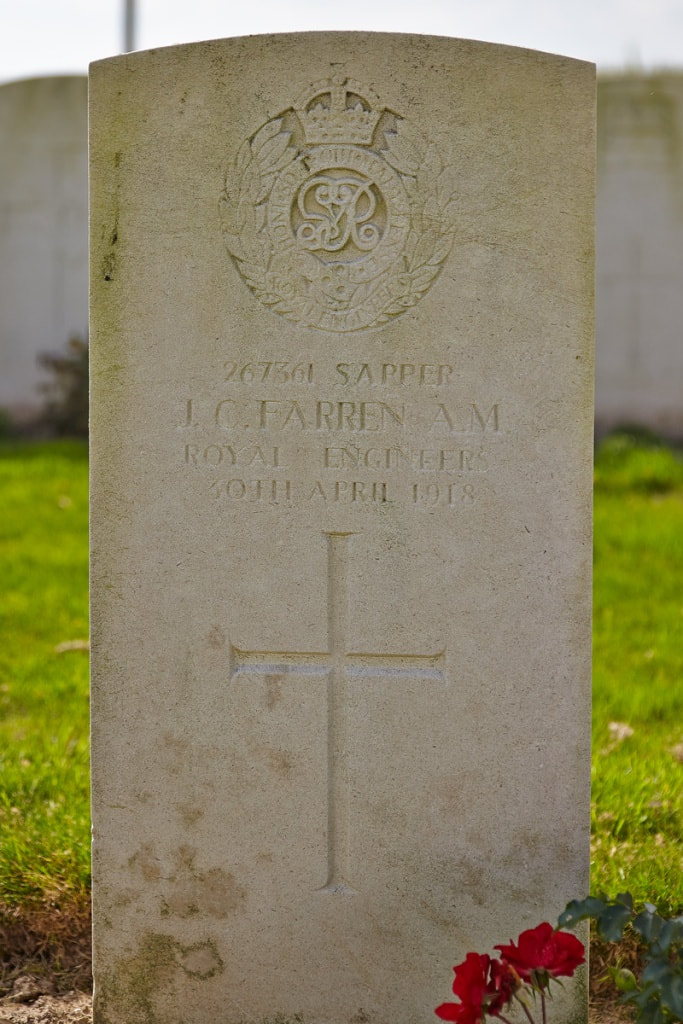 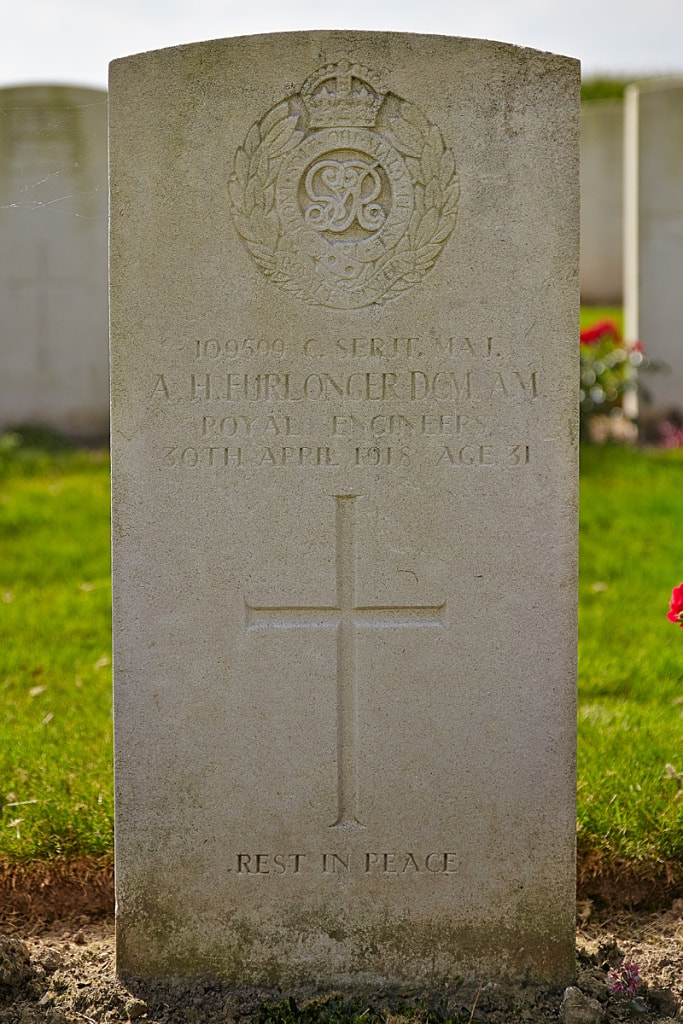 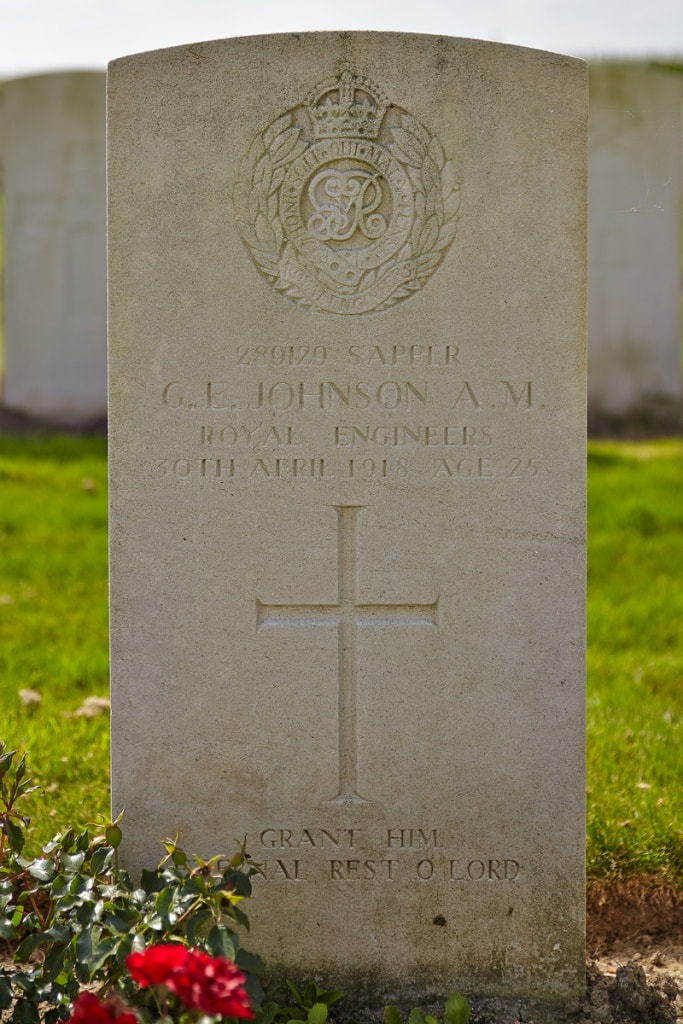 "In Flanders, on the 30th April, 1918, a train of ammunition had been placed at an ammunition refilling point, and after the engine had been detached, and was being removed from the train, the second truck suddenly burst into flames. Furlonger immediately ordered Bigland, the driver, to move the engine back on to the train for the purpose of pulling away the two trucks nearest the engine. Bigland did so without hesitation, and the engine was coupled up by Furlonger, assisted by Farren, while the burning truck was uncoupled from the remainder of the train by Woodman. The two trucks were then drawn away clear of the ammunition dump, it being the intention to uncouple the burning wagon from the engine and the first wagon and so isolate it, with the object of localising the fire as far as possible. The uncoupling was about to be done when the ammunition exploded, completely wrecking the engine and both trucks, killing Furlonger, Farren and Johnson (a member of the train crew), and seriously wounding Bigland. Had it not been for the prompt and courageous action of these men, whereby three of them lost their lives and one was seriously injured, there is not the slightest doubt that the whole dump would have been destroyed and many lives lost" 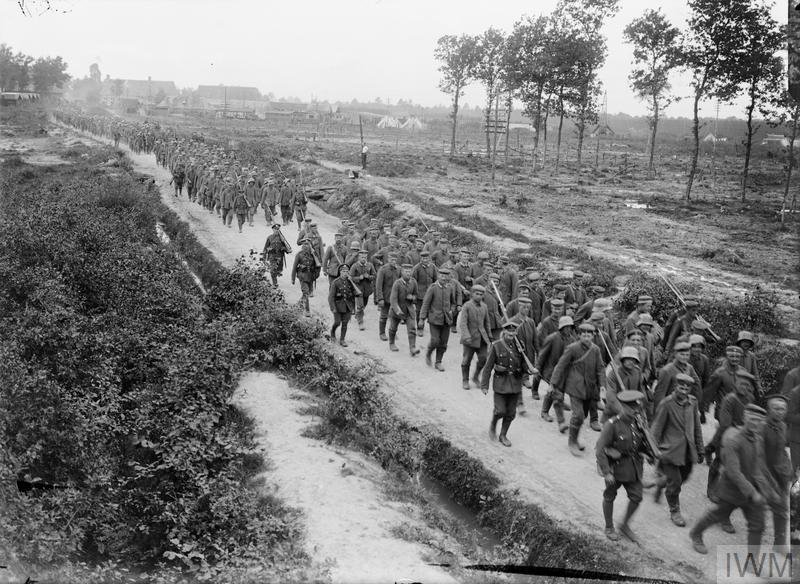 6th August 1917; Columns of German prisoners of war, captured during the Battle of Langemarck, being marched into captivity. Photograph taken near Proven. © IWM Q 3941 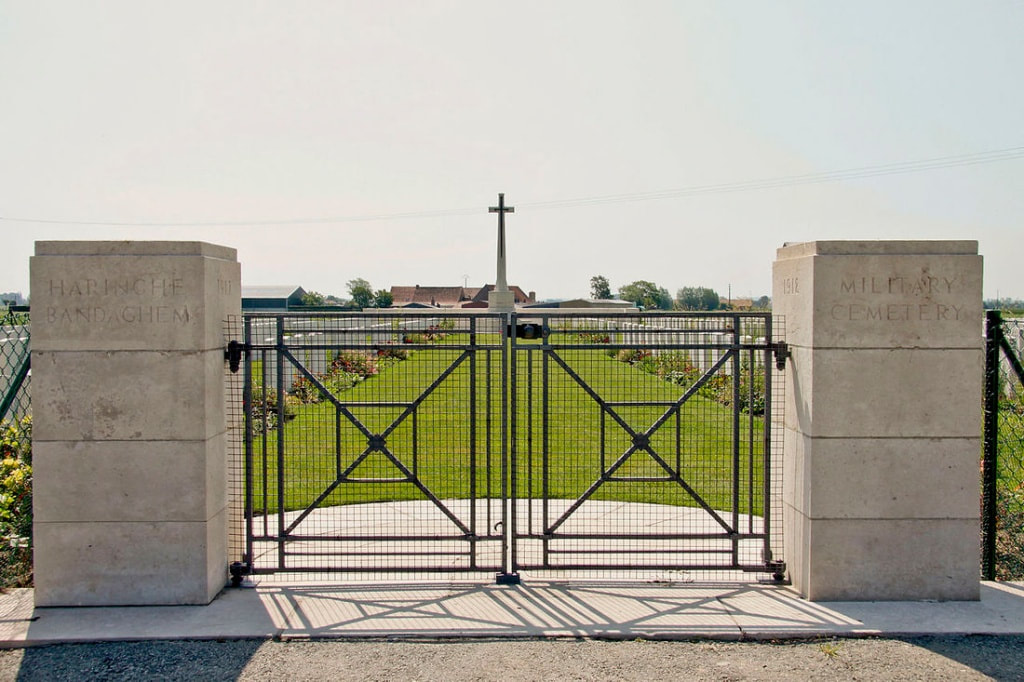 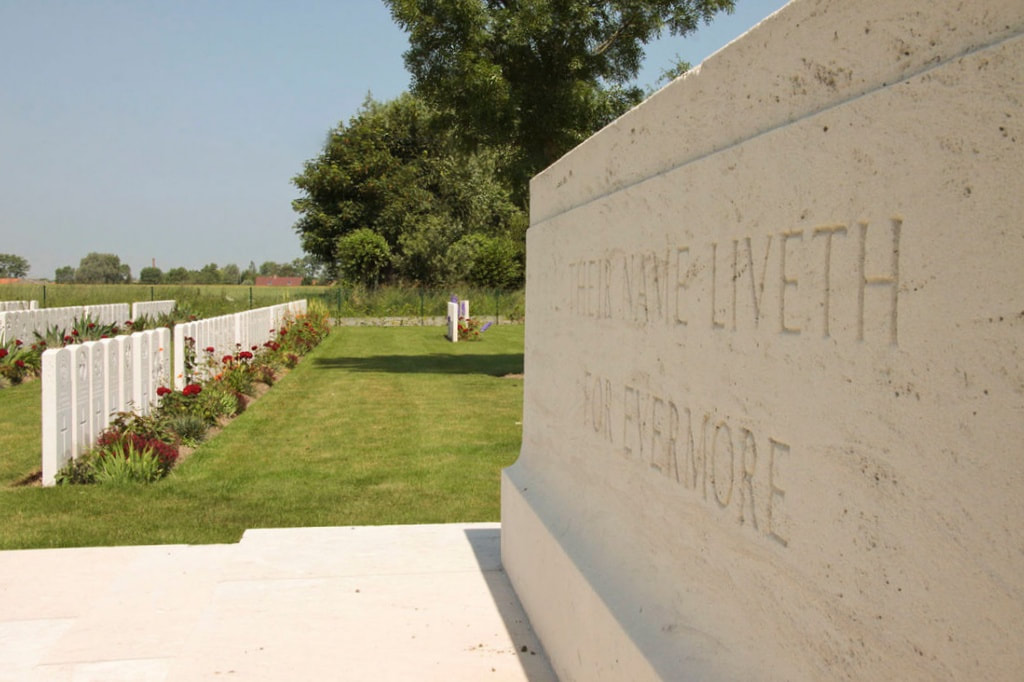 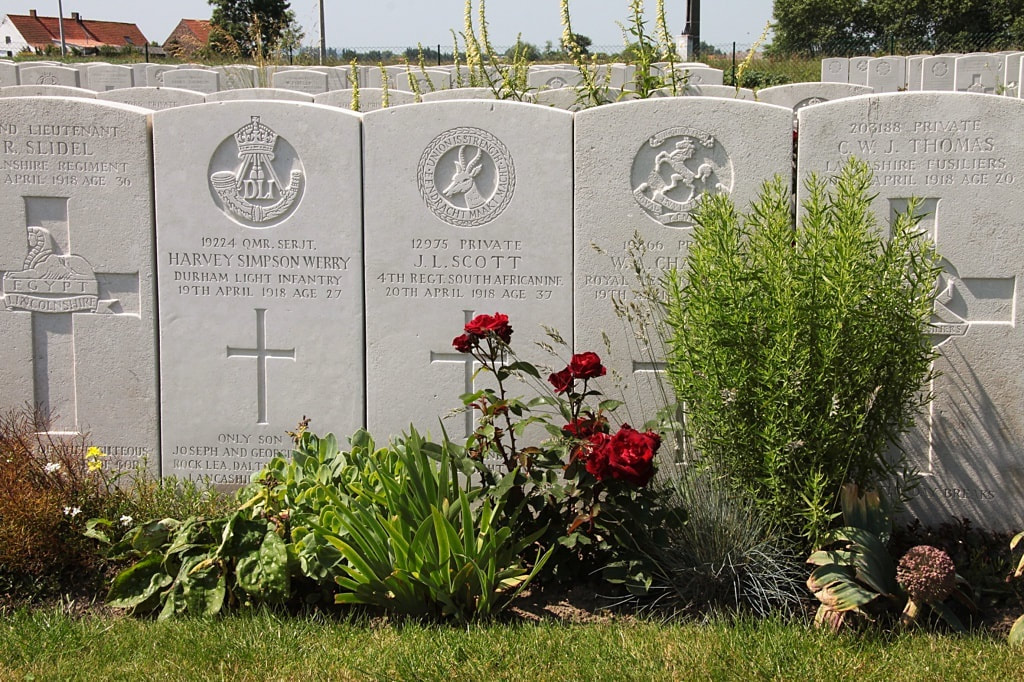 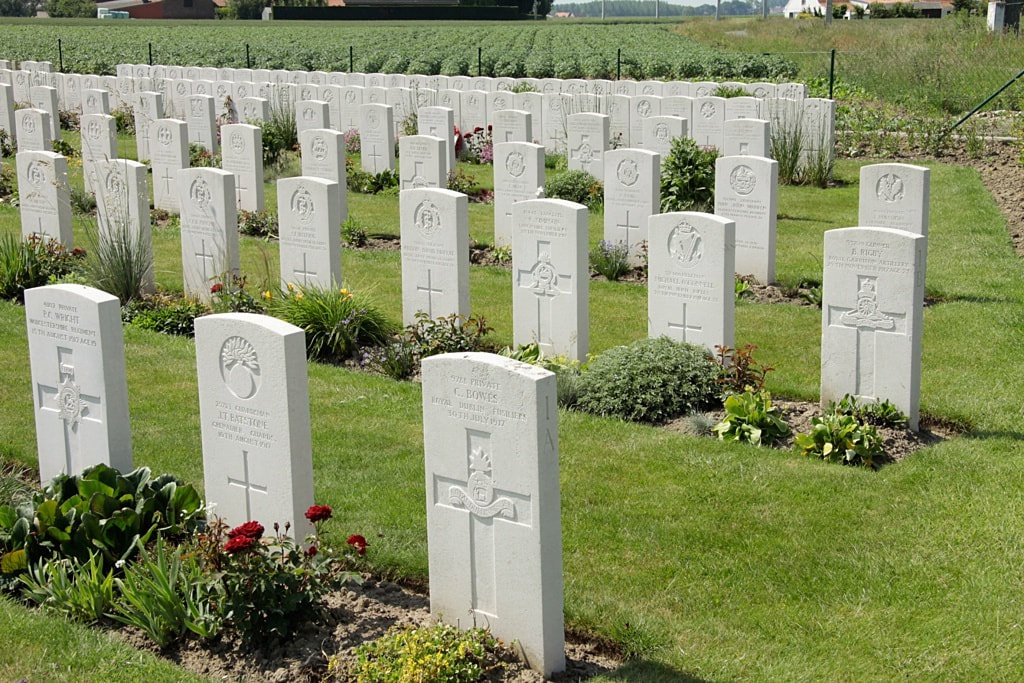 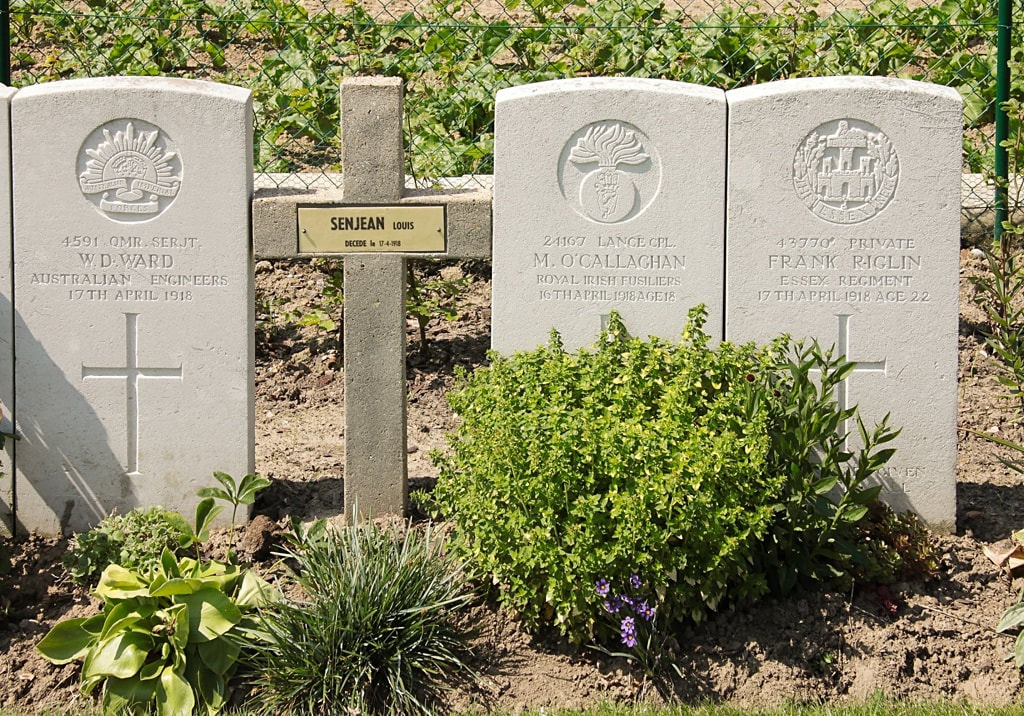 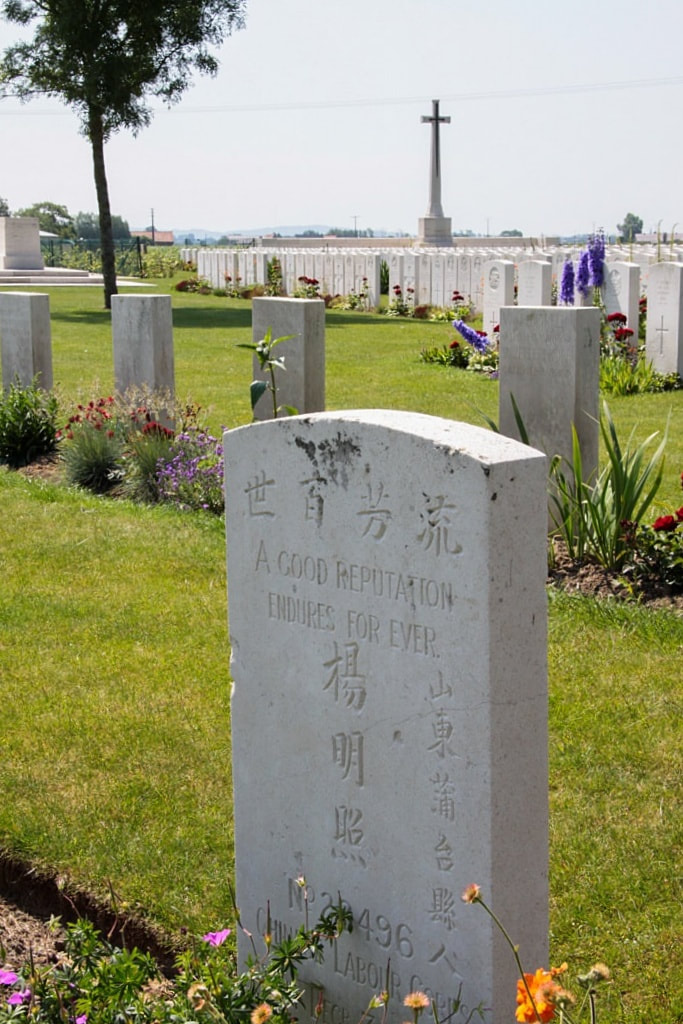 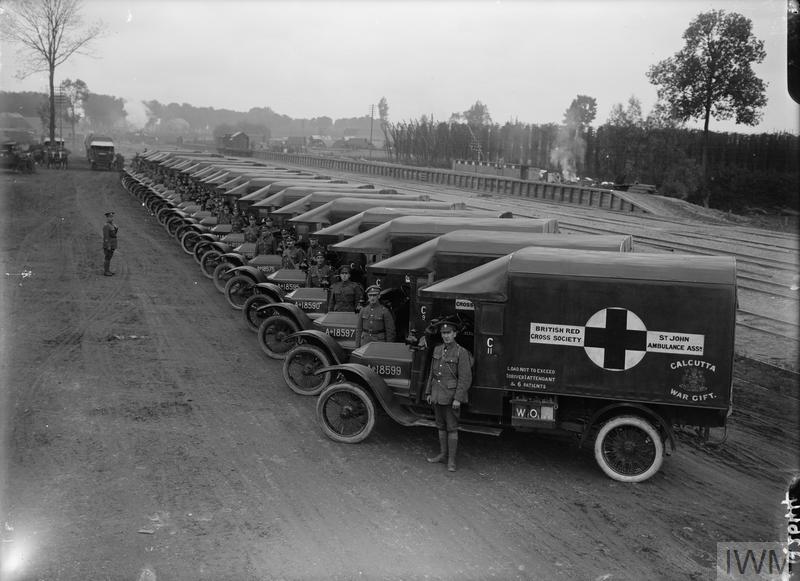 A fleet of motor ambulances, part of the Calcutta war gift, outside the railway station at Proven, 30th July 1917. © IWM Q 2643