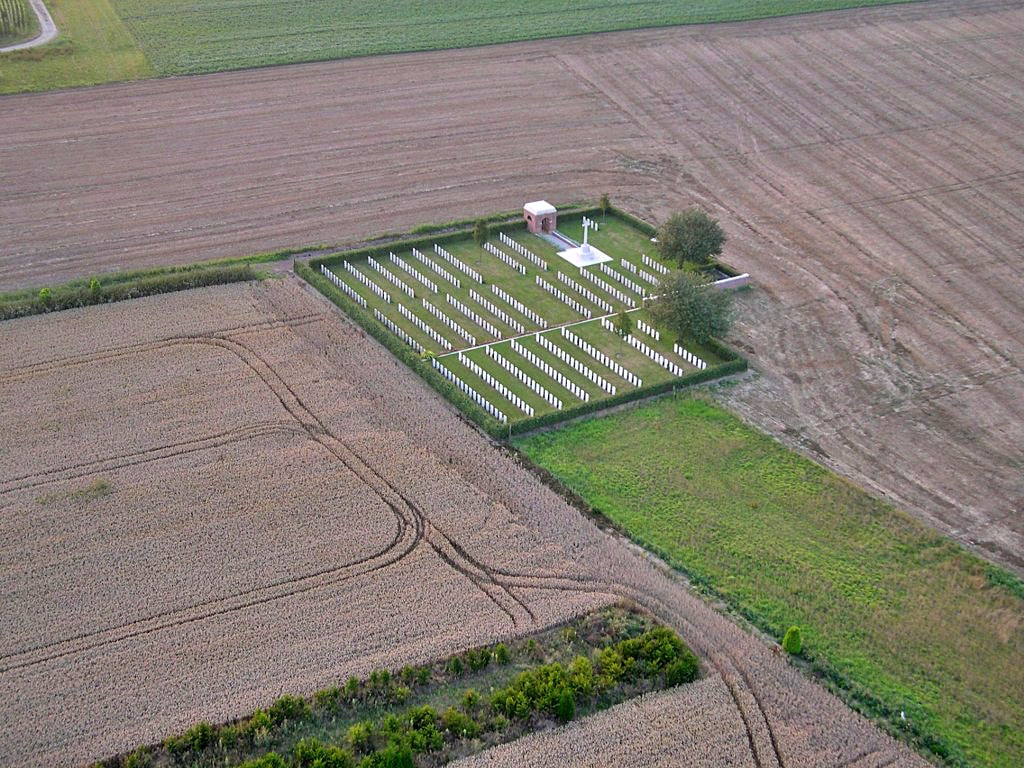 Morebecque is a small village in the Department of the Nord, 3 kilometres south-west of Hazebrouck.

Leave the church in Morebecque and head north on the D916 towards Hazebrouck. After approximately 1 kilometre there is a Plant Nursery on the left hand side. Take the small road which goes through the nursery and Le Grand Hasard Military Cemetery  will be found on the right hand side in amongst farm land.

Le Grand Hasard Military Cemetery, begun by the 31st Division at the end of June 1918, was also used by the 40th Division. On its closure at the end of August the cemetery comprised Plots I and II, but after the Armistice Plots III and IV were added when scattered graves were brought into the cemetery from a wide area around Hazebrouck. The earliest of these graves dates from May 1915, but the majority were from the fighting of April 1918.

There are now 300 Commonwealth burials of the First World War in the cemetery.

Two further plots of 138 burials were added to the cemetery during the Second World War. Among these later burials, all dating from May and June 1940, are special memorials to a number of casualties known to be buried within the cemetery whose graves could not be precisely located. 58 of the graves are unidentified. 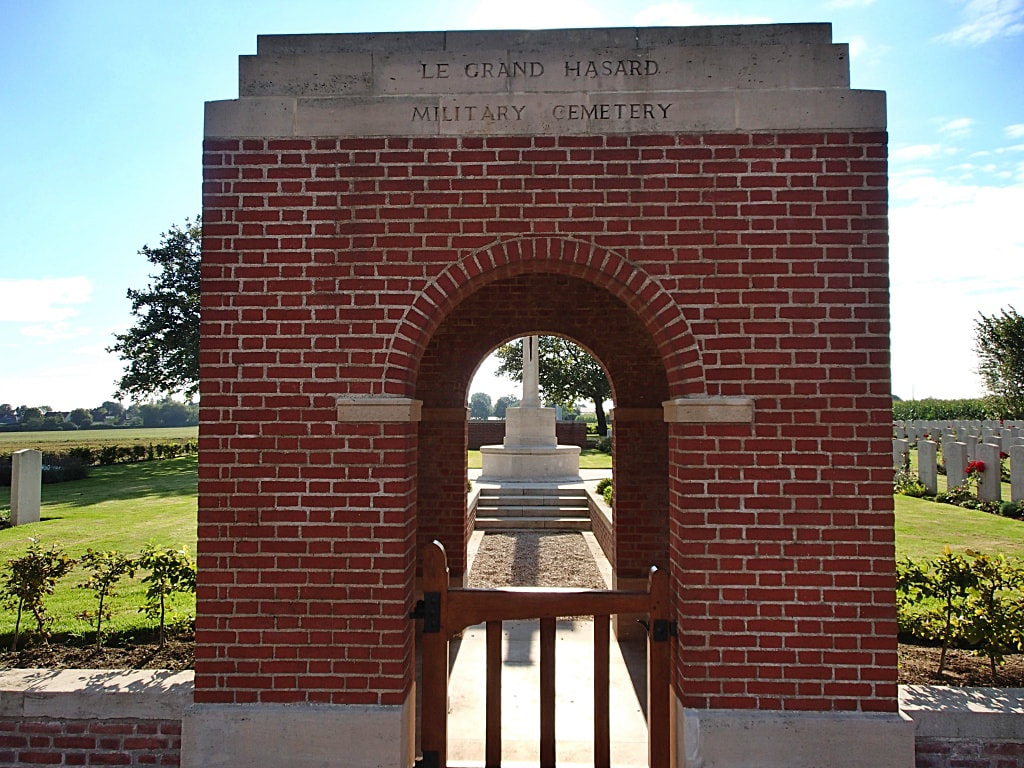 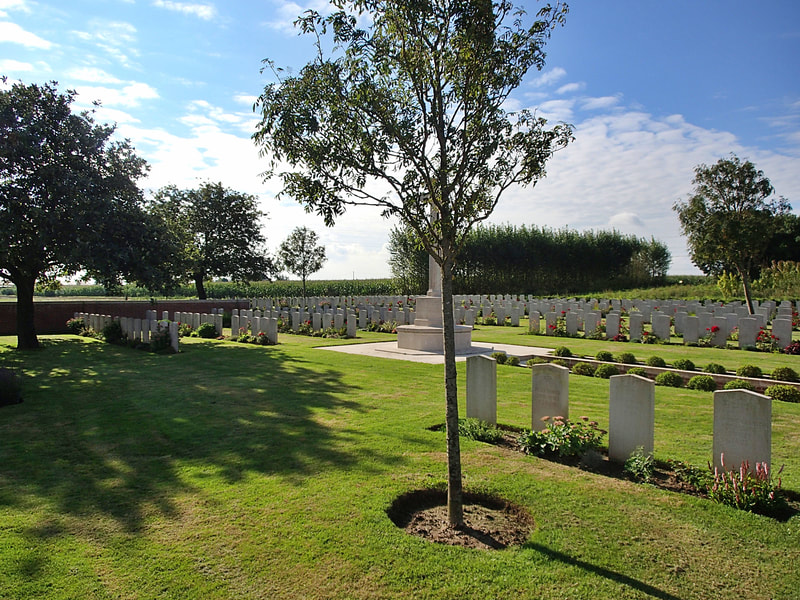 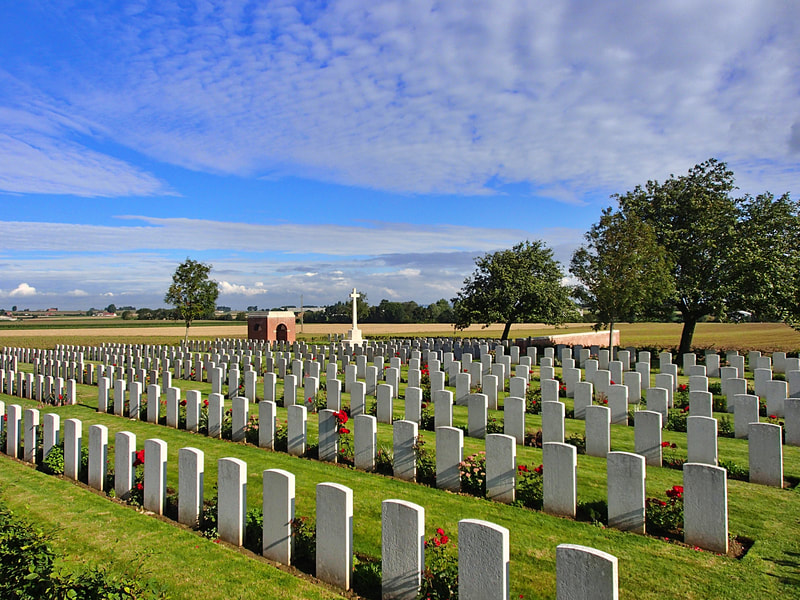 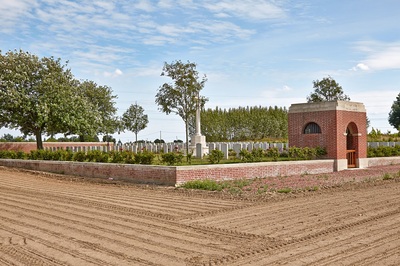 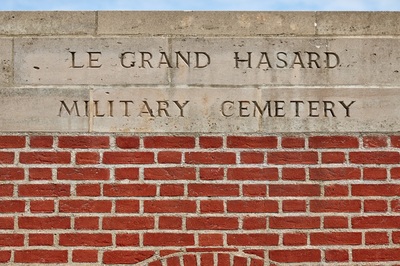 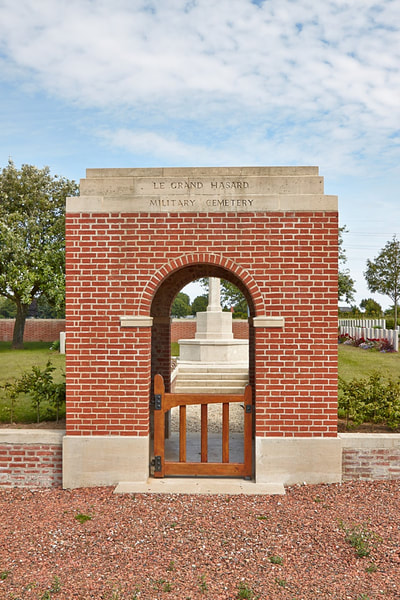 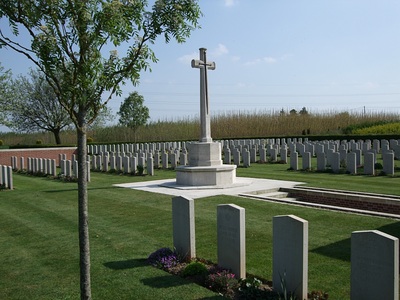 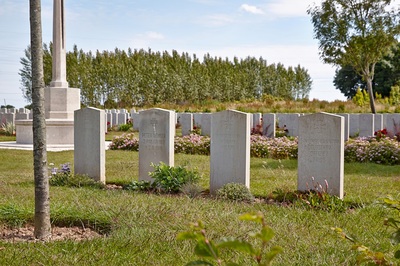 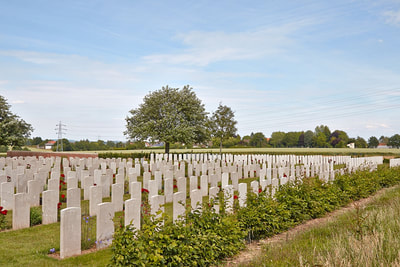 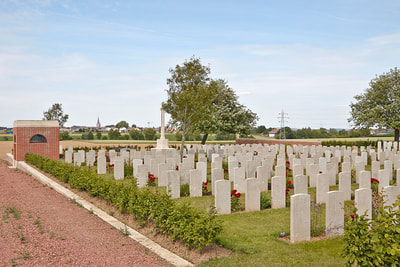 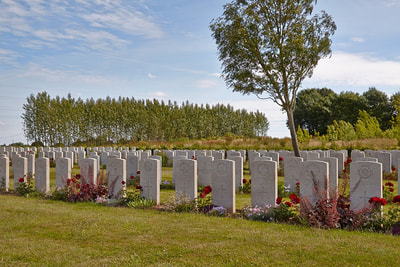 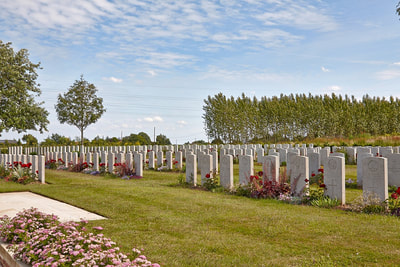 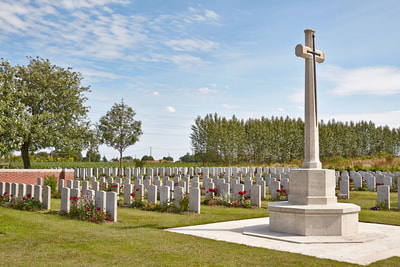 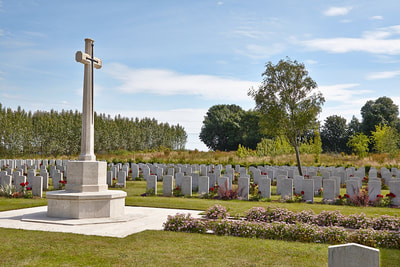 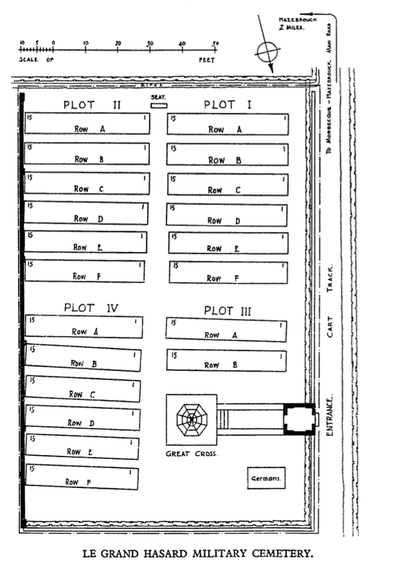 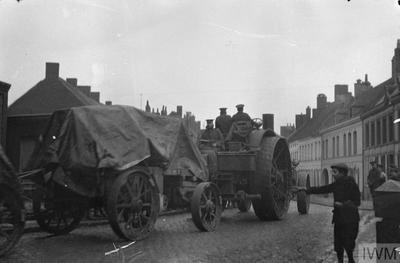 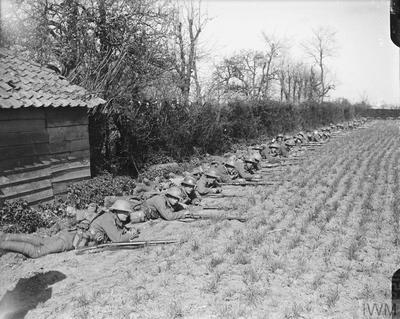 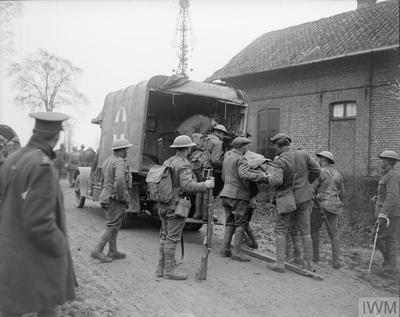 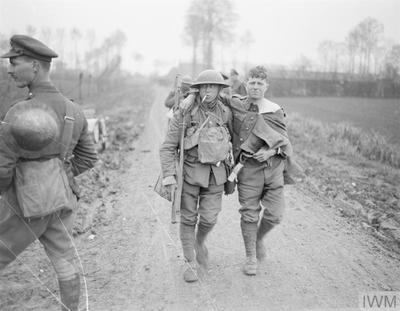 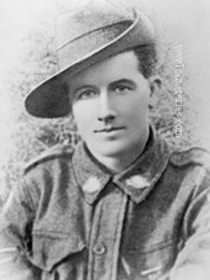 From Auburn, Victoria. A 21 year old picture theatre operator prior to enlisting on 20 July 1915, he embarked for overseas as a Private with the 7th Reinforcements of the 22nd Battalion from Melbourne on 26 November 1915 aboard HMAT Commonwealth. He was killed in action at the Second Battle of the Somme, France on 13 April 1918. 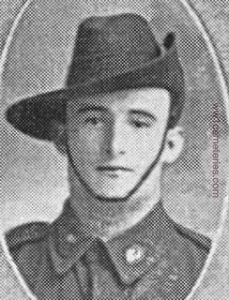 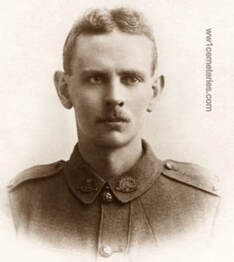 ​His headstone bears the inscription; "In Sad But Loving Memory Of My Dear Husband Mr. Eliason."

A labourer prior to enlisting on 18 August 1914, he embarked from Melbourne aboard HMAT Hororata (A20) on 19 October 1914. He landed at Gallipoli on 25 April and was wounded in the shoulder causing his evacuation for treatment in early May. He returned to Gallipoli on 15 August until again being wounded in action on 28 August 1915. After recovery in England, he arrived in France in June 1916 for service on the Western Front. Pte Eliason was transferred to the 2nd Machine Gun Company in May 1917 and to the 1st Machine Gun Battalion on 1 April 1918. 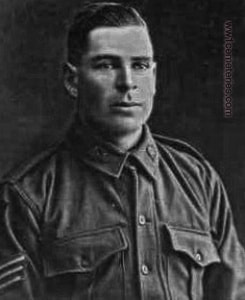 His headstone bears the inscription; "Rest In Peace Beloved One; Until We Meet Again." 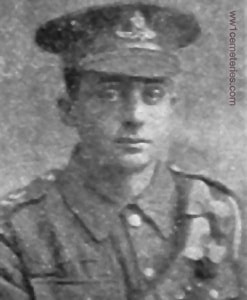 Son of Mr. and Mrs. Jempson, of Hastings.

​His headstone bears the inscription; "While Friendship Says "Stay" But Duty Is The Word "I Must Obey." 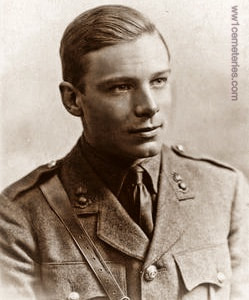 On 3 Nov 1915, at about 2015, he returned to his billet in a barn, staggering & apparently drunk. Knight soon began to parry at the wall with his rifle, & thereafter began shooting wildly.  Despite efforts to disarm him, Knight succeeded in shooting dead Pte Edwards, &, with 4 shots, wounding Pte Poffley.  The CSM charged the barn & managed to overpower Knight.  There were found 25 empty cartridge cases on the straw where Knight had been standing, 5 rounds in the magazine (the rifle was red-hot to the touch), & 125 live rounds nearby.

Several witnesses thought Knight had been drunk, though the Major who arrested him did not agree.  The doctor — who saw Knight semi-conscious in the guard-room at 2245 — said that Knight’s mental condition, due to drink, was not normal, though Knight was quite sensible the next morning.

At trial —where Knight acted without a prisoner’s friend — he made a statement saying that he had earlier felt strange, with a rattling noise in his head; that he had returned to the barn, ate & tried to sleep;  & that he had gone for a walk, met friends & had a few drinks.  When his head got worse, he returned to the billet & lay down.  After about 10-15 minutes, he saw shadows on the wall, which he attacked with something, & remembered almost nothing till the next morning.

After the finding against him, on the basis that he had failed to prove that he was not responsible for his actions, his conduct sheet revealed 5 charges of drunkenness in his 14 months of service.

His CO said that Knight was ‘of apparently very low origin, though of considerable personality….who had great influence amongst the men, & on more than one occasion had been recommended to me for promotion’.  Knight was ‘a man addicted to drink & when under its influence appeared to lose control of his actions’.

The formation commanders all took the view that execution was merited for a murder in such circumstances.  (Corns, pp.361-364)  Knight’s victim is buried in Eecke Churchyard, Nord, France. 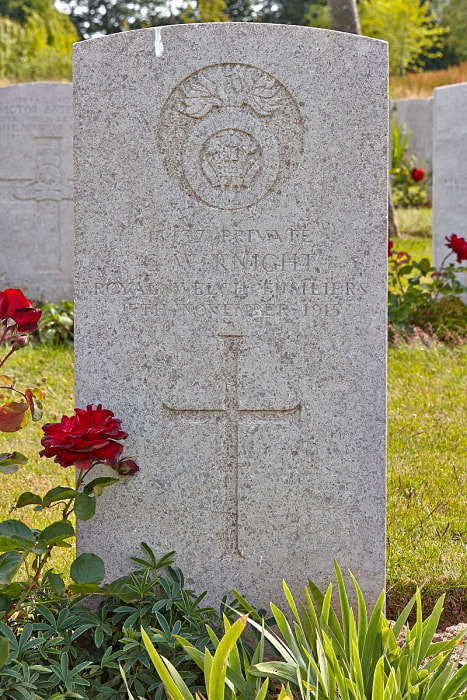 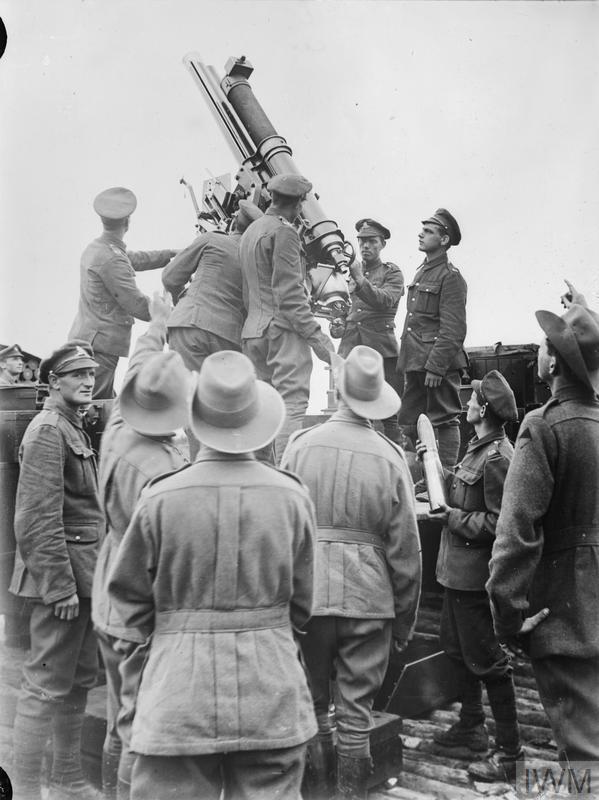 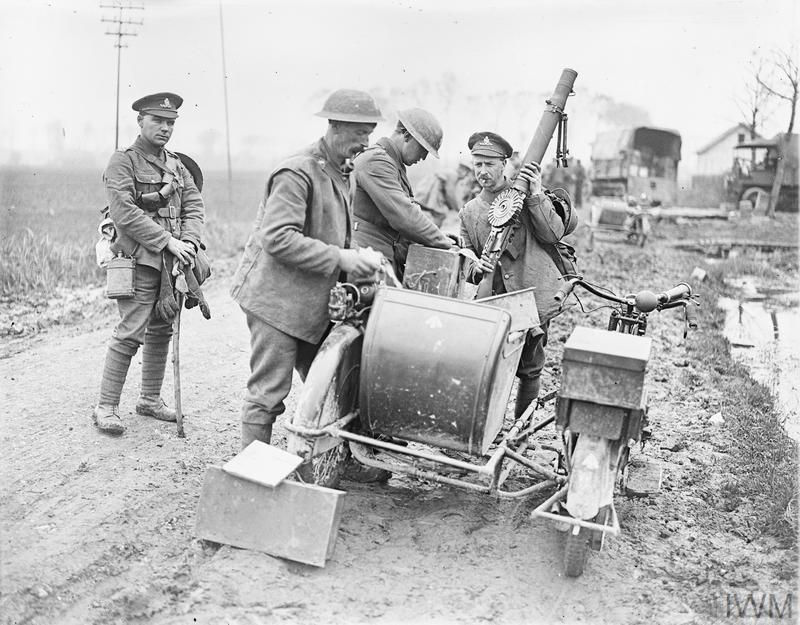 Battle of Hazebrouck. An artillery subaltern preparing motorcycle and side car in which he fixed a Lewis gun and covered the withdrawal of his artillery guns. Near Merris, 12 April 1918. © IWM (Q 8691)