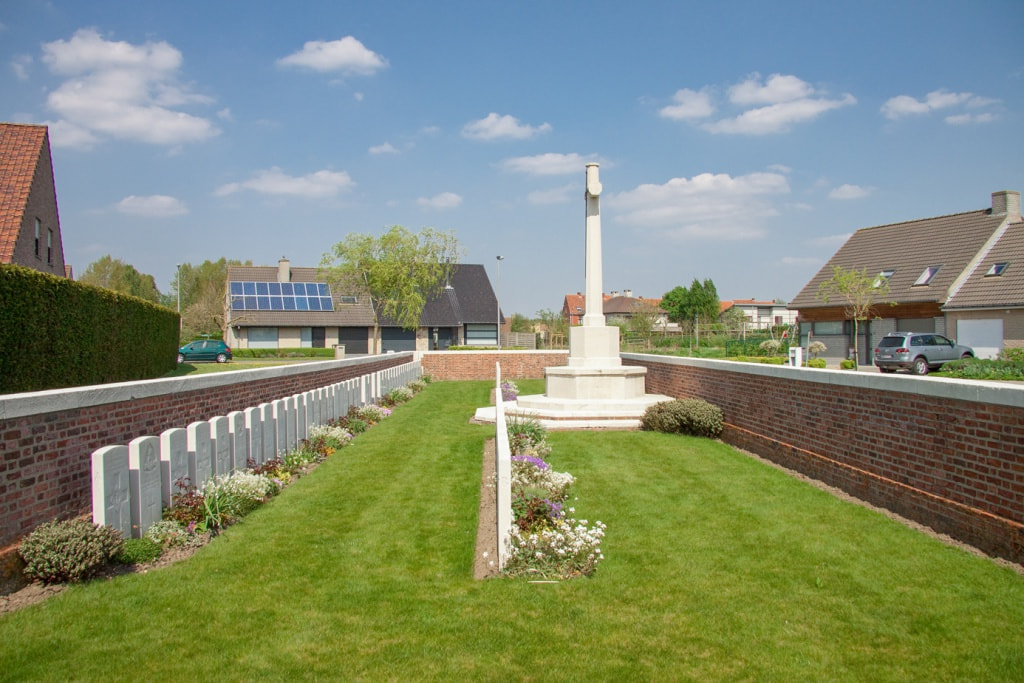 Ledeghem was almost captured on 19 October 1914 by the 10th Hussars, who were forced to retire the same day. It then remained in German hands for four years. On 1 October 1918, the 9th (Scottish) Division captured the village, but could not hold the whole of it; it was finally cleared by the 29th Division on 14 October.

There are now 85 Commonwealth burials and commemorations of the First World War in this cemetery. 17 of the burials are unidentified but there are special memorials to two soldiers believed to be buried among them, and one whose grave was destroyed by shell fire in Ledeghem Churchyard. 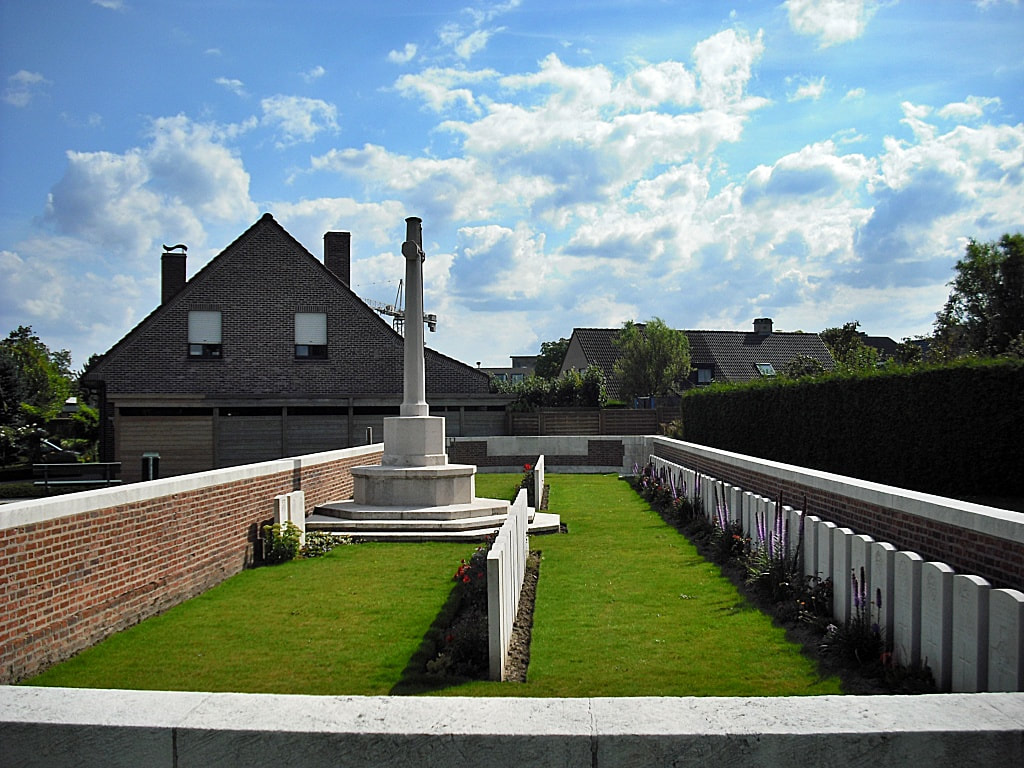 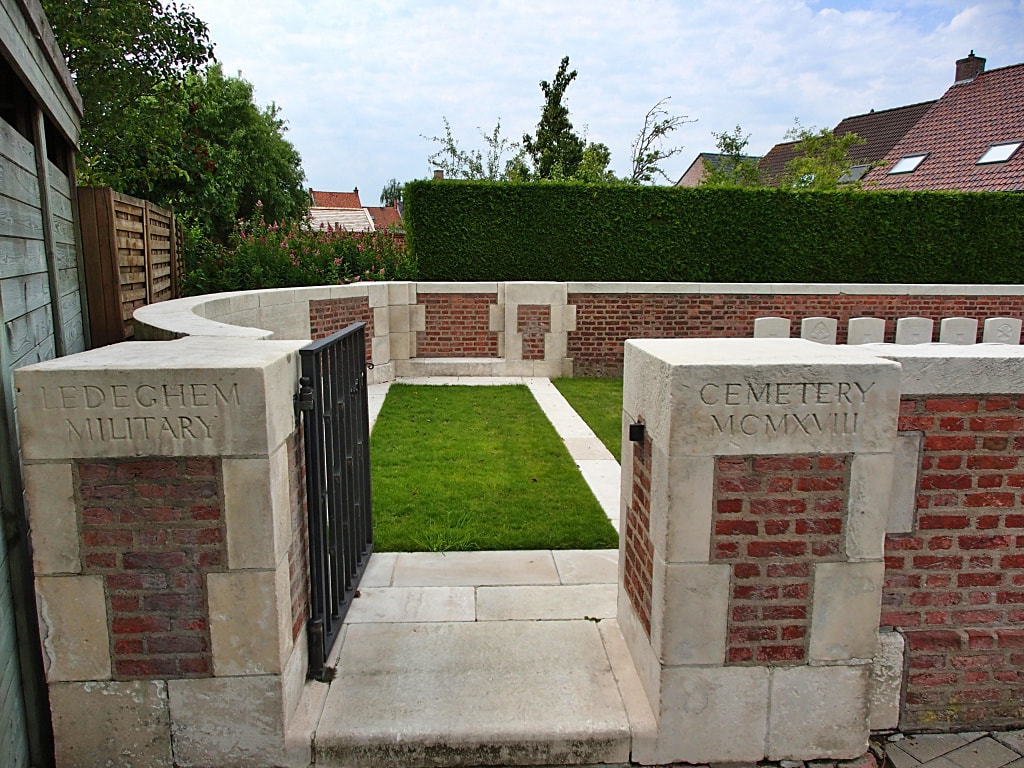 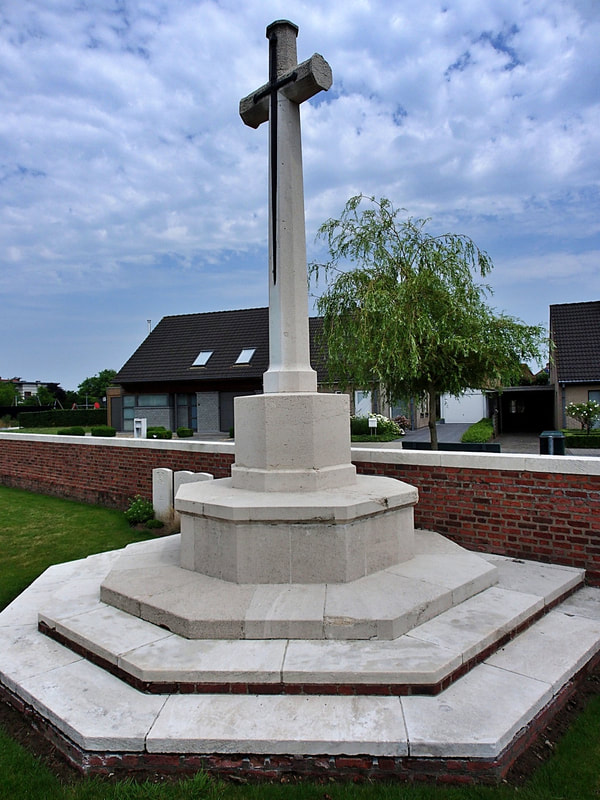 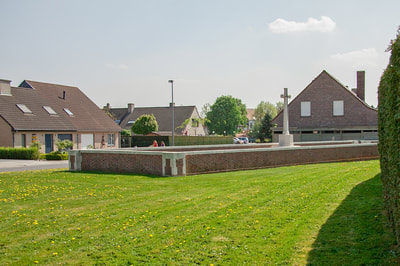 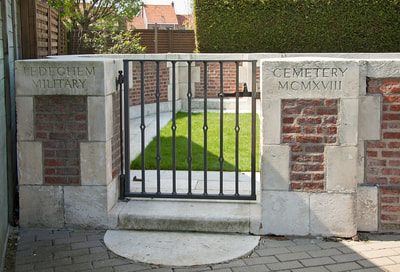 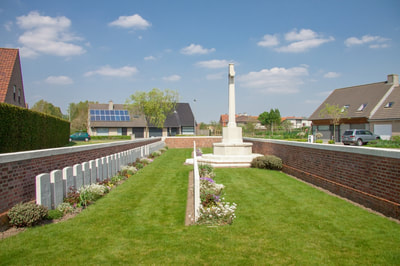 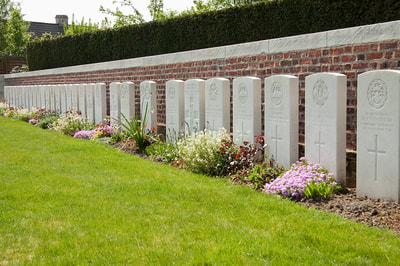 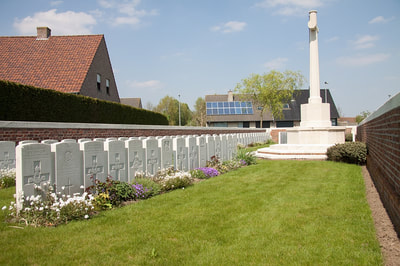 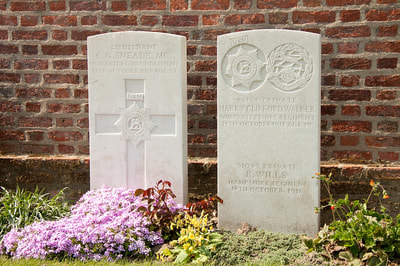 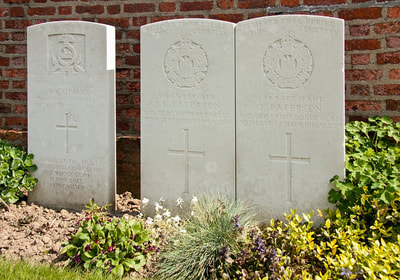 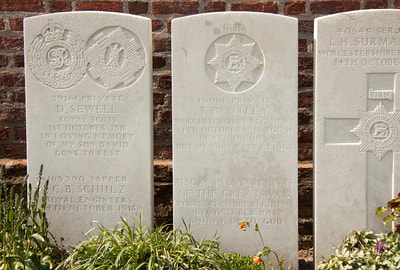 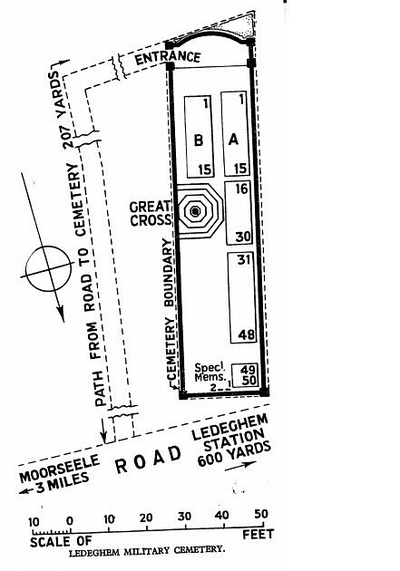 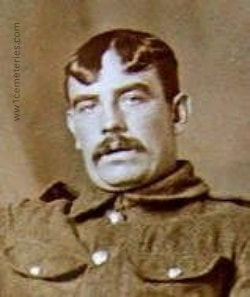 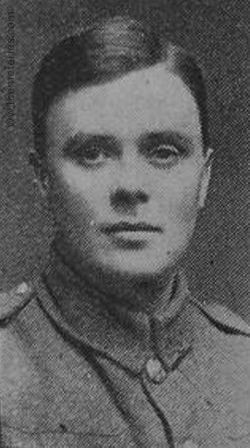 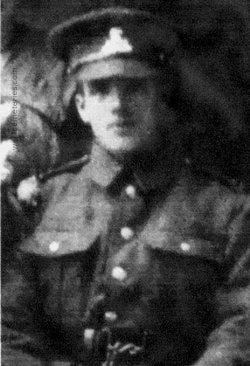 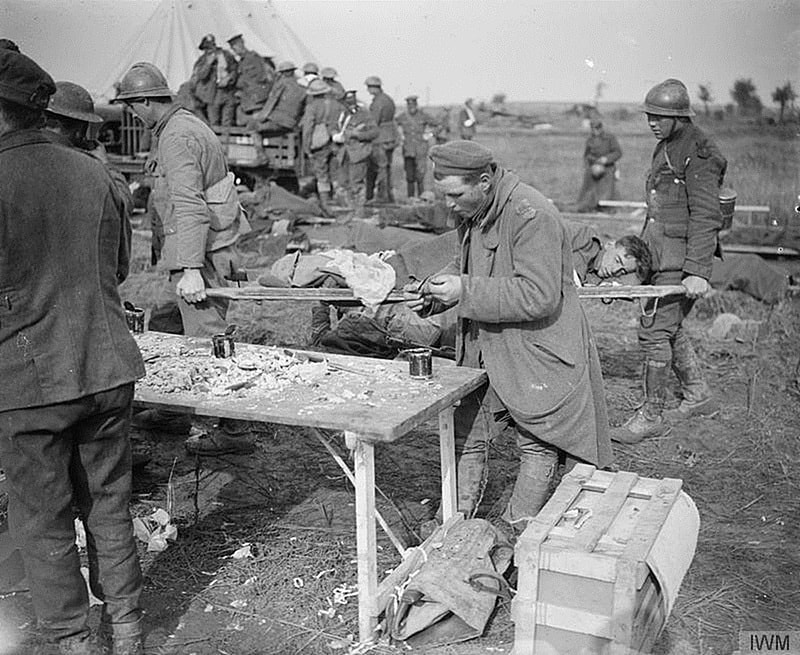 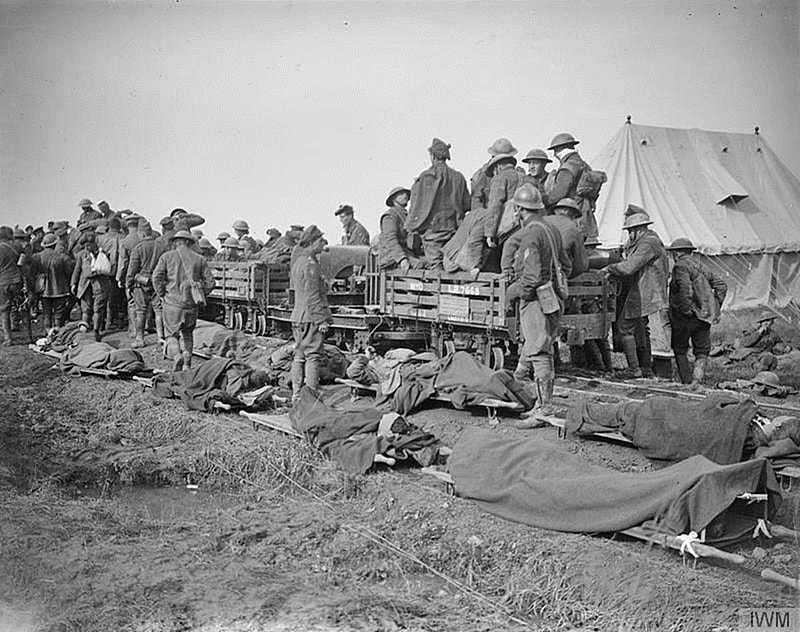 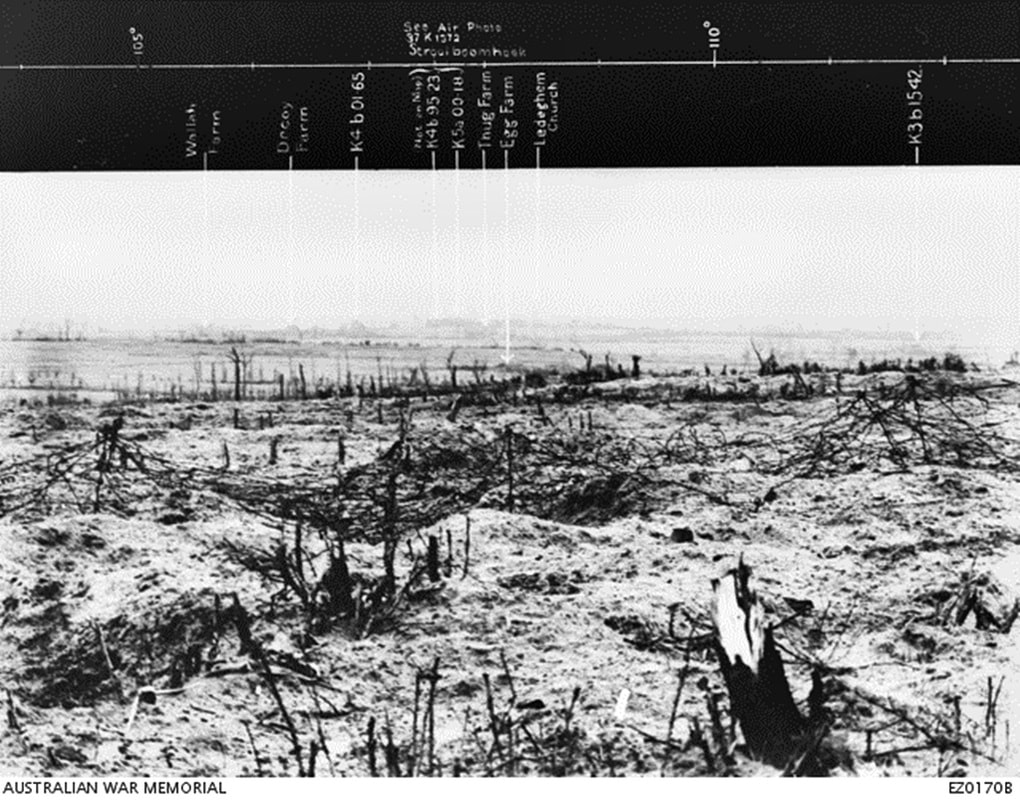 c. 1917 - Panoramic view of the battlefield southeast of Passchendaele from Moorseele to Dadizeele (Dadizele), taken from Broodseinde Ridge. In the foreground the wreckage of a wood is bisected by a tangle of barbed wire. In the distance are several farms and the spire of Ledeghem (Ledegem) church. 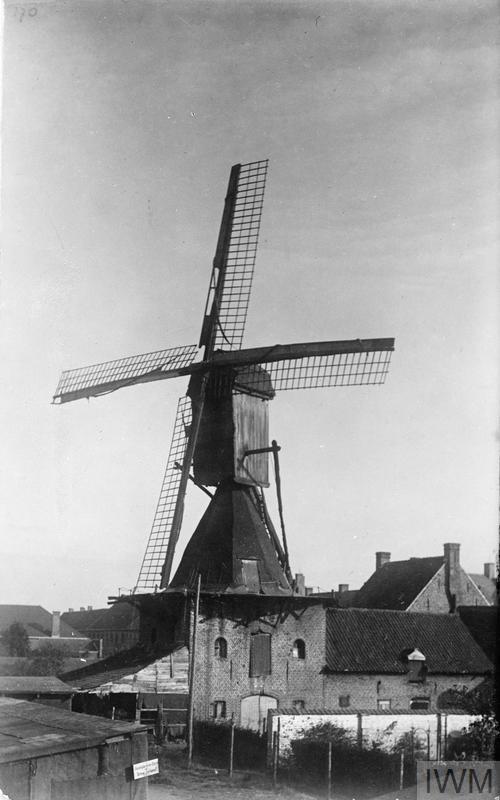 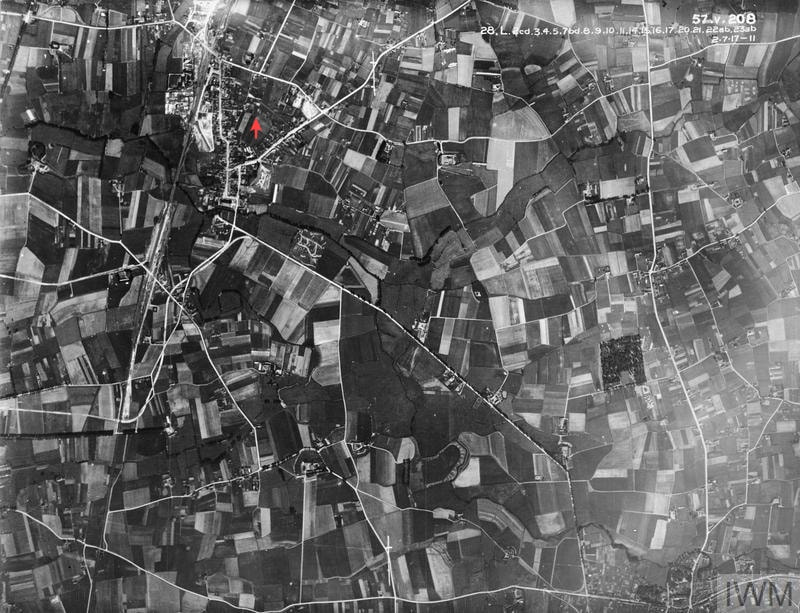 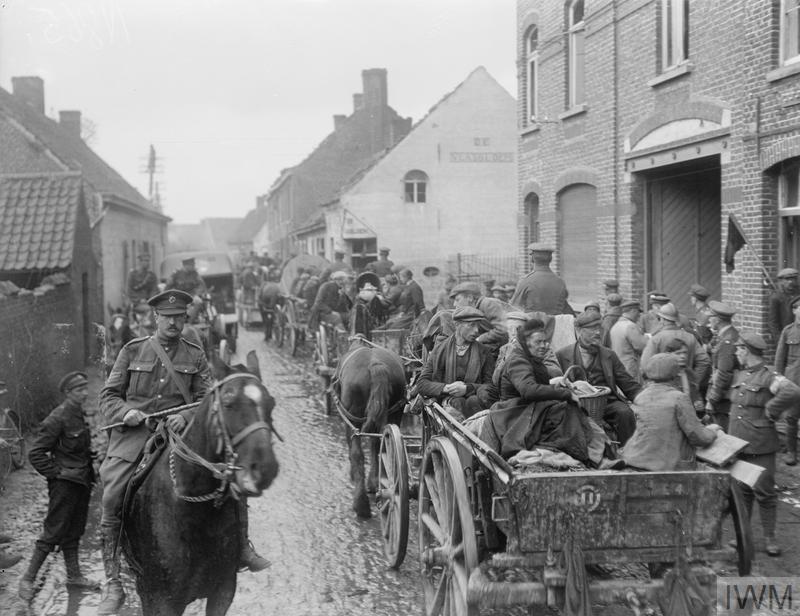 Belgian refugees being taken to the rear in Army Service Corps horse-drawn wagons. Rollegem-Kapelle, near Ledegem, 20 October 1918. Rollegem-Kapelle was entered by the 9th (Scottish) Division on 14th October. © IWM Q 11392