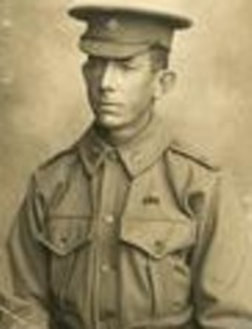 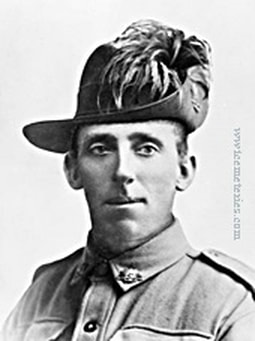 ​Studio portrait of 709 Trooper (Tpr) Edgar Vernon Brady, 10th Australian Light Horse Regiment. A plumber from Victoria Park, Western Australia, prior to enlistment on 4 January 1915, he was one of five brothers who enlisted in World War One. He embarked from Fremantle aboard HMAT Itonus on 19 February 1915 for Egypt. The regiment embarked from Alexandria on 16 May 1915 for Gallipoli. Tpr Brady was killed in action at Walkers Ridge, Gallipoli, on 7 August 1915. He was aged 32 years. His brother, Lance Corporal Ernest Wood Brady, died of wounds received in action at Dernancourt, France, on 3 March 1917 and is buried in Dernancourt Communal Cemetery Extension 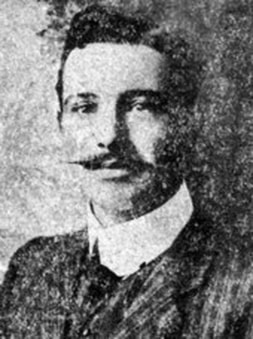 William was born at How Cottage in Harray on 27th December 1888, the son of James Brass, a farm servant, and Isabella Brass (née Bews).  Soon after the family moved to Aberdeenshire, where James worked as a cattleman near Stonehaven, another son, James was born. The family had returned to Orkney, when William's mother Isabella, died of tuberculosis at Crook Rendall on 7th January 1893. William finished his schooling while living with his grandparents at Upper Ellibister in Rendall and then worked on their farm.  William also joined the Orkney Royal Garrison Artillery (Territorial Volunteers), serving three years.
​
William left Orkney when aged 20, for the south island of New Zealand.  He became a guide there for parties climbing its highest mountain, Mount Cook.  It has three main peaks (highest 3,764 metres), a vast network of glaciers that wrap the entire mountain in ice and is subject to sudden storms that are long and severe. William demonstrated great strength and stamina on February 22nd, 1914, when an avalanche overwhelmed a climber and two guides on Mount Cook. William found the body of guide Jock Richmond and then shared turns with others in carrying him on his back down the mountain in the dark.

Incredibly, when William first attempted to join up in Christchurch, he was turned down as “overweight” (he weighed 154 pounds). However he was successful when he tried again a few days later and enlisted in the Canterbury Regiment on the 17th August 1914.

William was appointed Lance Corporal on the 25th August.  He sailed from New Zealand on Transport No. 11 on the 11th October and landed in Egypt on the 4th December. William was promoted again a month later on the 4th January 1915.

William landed at Anzac on Gallipoli with the Canterbury Battalion on the 25th April.  William Brass’s Commonwealth War Graves record and his New Zealand Army service records both give the date of his death as between the 25th April and the 1st May 1915. He probably died during the desperate fighting to stop the Turkish counter-attacks on the first day, when troops of the Canterbury Battalion were thrown in at various parts of the line, including most of two companies in vain attempts to hold the lower slopes of Baby 700.

William’s body was never found and identified on Gallipoli, so he is commemorated there, with other soldiers of the Canterbury Battalion, on Panel 74 on the Lone Pine Memorial.  It commemorates more than 4,900 Australian and New Zealand servicemen who died in the Anzac area and whose graves are not known.  William Brass is also commemorated on two of the Orkney war memorials, those in Rendall and in Kirkwall. 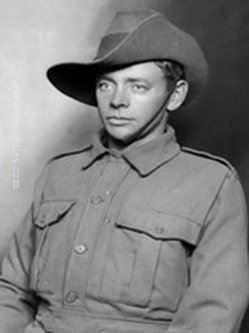 ​Studio portrait of 1679 Private (Pte) William Robert Brereton, 2nd Reinforcements, 23rd Battalion. Originally a seaman of Bangor, Wales, Pte Brereton, labourer of Woodend, Victoria, enlisted on 27 May 1915 and embarked from Melbourne aboard HMAT Demosthenes on 16 July 1915 for Gallipoli. He was admitted to the Australian Casualty Clearing Station suffering from acute bronchitis on 5 November 1915 and was evacuated by hospital ship for Malta. Pte Brereton died of illness at sea on 10 November 1915. He was aged 36 years. 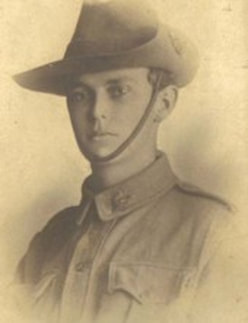 Son of William and Frances Broome of Rockhampton, Qld, Australia 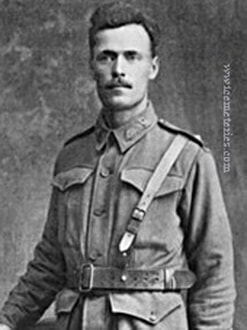 Son of Alfred Edward and Elizabeth Catherine Cooke; husband of Rosetta A. B. Cooke, of Wickepin, Western Australia. Native of England.

Studio portrait of 2nd Lieutenant Joseph Henry Cooke, 11th Battalion of Wickepin, WA. He was born in Dinapore, India and served 12 years in the 1st Battalion Lancashire Fusiliers. An accountant prior to enlisting in August 1914, he embarked from Fremantle on board HMAT Ascanius (A11) on 2 November 1914. Prior to embarkation he was promoted to Sergeant and, in October 1914, 2nd Lieutenant. 2nd Lt Cooke was reported missing in action at Gallipoli on 2 May 1915. It was later confirmed that he had been killed in action. He was 32 years of age. 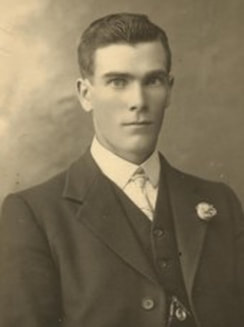 A labourer prior to enlisting, he embarked from Sydney aboard HMAT Ceramic (A40) on 25 June 1915. He was killed in action on 6 August 1915 at Gallipoli, Turkey, aged 25. He has no known grave and is remembered with honour on the Lone Pine Memorial, Turkey. 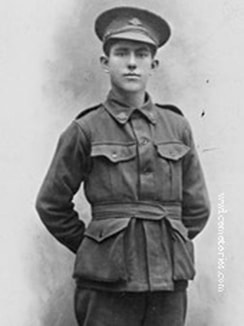 Studio portrait of 507 Private (Pte) Alfred Terak Elwood, 2nd Battalion. Originally from Woodville, New Zealand, Pte Elwood was a 25 year old carpenter from Glebe, NSW prior to enlistment. He embarked from Sydney on 18 October 1914 aboard HMAT Suffolk. On 17 May 1915 he was killed in action at Gallipoli and is commemorated on the Lone Pine Memorial, Gallipoli, Turkey. 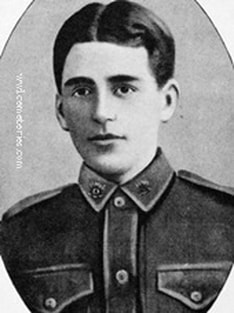 Studio portrait of 166 Private (later Lance Corporal) Noel William Howard, 2nd Battalion of Goulburn, NSW. A bank clerk prior to enlisting, he embarked from Sydney aboard HMAT Suffolk (A23) on 18 October 1914. He was killed in action on Gallipoli Peninsula, Turkey on 2 May 1915, aged 20. He has no known grave and is remembered with honour on the Lone Pine Memorial, Gallipoli, Turkey. 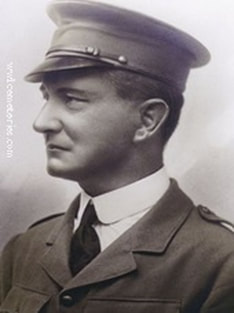 Studio portrait of Major (Maj) Charles George Gordon, 2nd Battalion, of Inverell, NSW, formerly of Kingstown, Ireland. A grazier prior to enlisting in May 1914, he embarked from Sydney on board HMAT Suffolk (A23) on 18 October 1914. Maj Gordon was killed in action at Gallipoli on 25 April 1915. He was 45 years of age. 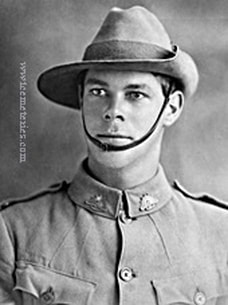 Studio portrait of 1434 Corporal (Cpl) George William Greengrass, 14th Battalion from Yarraville, Victoria. A 24 year old printer prior to enlisting on 22 October 1914, he embarked for overseas with the 2nd Reinforcements from Melbourne on 2 February 1915 aboard HMAT Clan McGillivray. He joined the battalion at Gallipoli where he was killed in action on 8 August 1915. Cpl Greengrass is commemorated on the Lone Pine Memorial, Gallipoli, Turkey with others who have no known grave. His younger brother, 572 Acting Sergeant Charles Morris Greengrass, 7th Battalion was killed in action at Passchendaele, Belgium on 4 October 1917 and is buried in Buttes New British Cemetery, Polygon Wood.