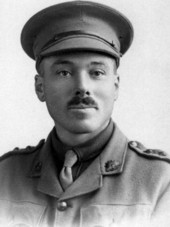 James was born on the 22nd November 1881 at Heatherbank, Westray, a farm of 32 acres of which 14 were arable.  His father, Andrew, had taken over the farm after working as a teacher, but died at Heatherbank of pneumonia when James was only seven years old, leaving his widow, Jane (née Logie), as head of the household including five children.  James completed his schooling at Midbea Public School in Westray, then moved into Kirkwall to board with his uncle, George Harcus in Bridge Street Wynd, and started work as an apprentice law clerk.  By then James was known to his family and friends as “Hamish”.

On the 31st January 1899 Hamish also started on his other main career path, joining the volunteer gunners in the Orkney Royal Garrison Artillery. Hamish left Orkney on  the 12th May 1904 to study law in at Heriot Watt College, Edinburgh and joined Midlothian RGA volunteers on the 22nd May. However on the 29th November Hamish transferred to the 9th Volunteer Battalion (Highlanders), The Royal Scots, passing before King Edward VII in it's ranks during the 1905 Royal Review. Unusually for an Orcadian, Hamish learned to speak Gaelic.

Having completed his law degree, Hamish left London on the 14th June 1907 for Sydney, Australia, where a cousin, George Harcus, already lived.  Hamish set to work establishing himself as a Barrister at Law, so it was not until the 19th December 1910 that he found time to obtain a commission in the Scottish Rifles, New South Wales (soon became 25th Infantry).

Hamish had still not married when war broke out, which made it easier for him to give up his legal practice and join the Army.  On the 14th August 1914 Hamish applied for a commission in the 1st Contingent , Australian Naval and Military Expeditionary Force and was appointed the rank of Captain on the 18th August. as office commanding the machine gun section , Hamish left Sydney on HMAS "Berrima" the next day and sailed to Rabaul, New Guinea. Hamish's were the only soldiers to take part in the fighting to overpower the German garrison there, the rest being navy men. Hamish returned to Sydney at the end of February 1915.

On the 2nd May 1915 James Harcus was appointed Captain in the Australian Imperial Force and joined its 20th Battalion in 5th Brigade. Hamish was promoted to Major in command of "D" company on the 1st of June, then embarked at Sydney on HMAT A35 "Berrima" on the 26th June for service abroad.

By the time 5th Brigade reached Egypt, the new 2nd Australian Division was forming and completing its training there. However, the 5th Brigade was rushed to Gallipoli to reinforce the tired Anzac and 1st Australian Divisions in their attempt to breakout from the Anzac bridgehead at Sari Bair. When Hamish Harcus landed at Anzac on the 16th August, the main advance on Chunuk Bair had failed, breaking down in confusion in difficult terrain and because of determined Turkish resistance and overwhelming counter-attacks. The 17th and 18th Battalions of the 5th Brigade joined the series of attacks that failed to complete the capture of Hill 60 and lost heavily in the fierce fighting, but the 20th Battalion was spared that ordeal.

By the end of the August the situation at Anzac had reverted back to static trench warfare, with the Turks still holding the vital high ground. The 2nd Australian Division took over most of the defences at Anzac, while the exhausted original Anzac brigades were withdrawn to the nearby island of Lemnos for a rest. The 20th Battalion took over on the 26th August the defences on Russell's Top, where it remained until the withdrawal. Although improved sanitary arrangements lowered sickness rates among the new arrivals, James Harcus was admitted to hospital in the 5th Field Ambulance with dysentery on the 16th October and did not return to his unit until the 1st of November.
​
The 20th Battalion was dealt a devastating blow on the 11th December, when a Turkish shell burst in one of its saps on Russell’s Top, killing three of its senior officers. They were checking the ground to plan the gradual thinning out of the troops holding the Battalion line prior to the evacuation from Anzac just over a week later.  That difficult operation was carried out without discovery by the Turks, but James Harcus did not live to slip away with his company. He and Major Richard Jenkins were killed outright by the exploding shell, while Major Gordon Uther was fatally wounded and died later that day.

James Harcus was 34 years old when he was killed on Russell’s Top on the 11th December 1915.  The three brother officers were buried next day in the cemetery at the foot of Walker’s Ridge, but the graves of Majors James Harcus and Richard Jenkins could not be located when the Imperial War Graves Commission consolidated the Anzac cemeteries after the war ended.  Their names are therefore commemorated together on Panel 64 of the Lone Pine Memorial. 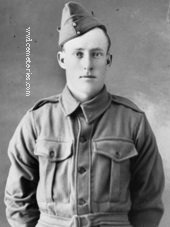 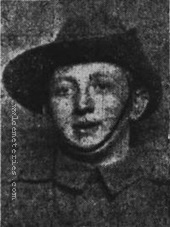 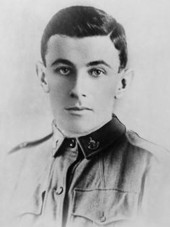 Harry was born on the small Orkney island of Graemsay on the 20th January 1890, registered at birth as Henry.  His parents, George Linklater and Mary Linklater (née Thomson), farmed 36 acres at Fillets and employed a farm servant and dairymaid.  Harry had an older sister, Alice, and younger sister, Catherine, also three older brothers, James, John and Joseph.

Harry’s mother had been a dressmaker before she married, which probably influenced him to train as a draper in George Thomson’s shop in Stromness.  Harry also served 4 years in the Stromness Company of the Orkney Royal Garrison Artillery (Territorial Force).  When aged 23, Harry followed his brother James and travelled out to Sydney, Australia.  Harry was employed as a draper in Sydney’s largest and most diverse department store, Anthony Hordern and Sons’ New Palace Emporium.  In 1905 the company replaced a store destroyed by fire in 1901 with a building that occupied an entire city block and employed about 3,000 people.

Harry enlisted in the Australian Imperial Force on the 27th February 1915, 18th Battalion, 5th Brigade formed at Liverpool, New South Wales on the 1st March. When the 18th Battalion left Sydney on HMAT A40 "Ceramic" on the 28th June, Harry held the rank of Lance Corporal and had trained as a signaller. He spent only a short time in Egypt, embarked for Gallipoli on the 16th August. The 18th and 19th Battalions came ashore at Anzac cove on the night of the 19th, as the first two units of the Australian 2nd Division, and they spent a day near the foot of the Sphinx.

The last offensive to drive the Turks off the Sari Bair heights had already failed in the face of fierce resistance and overwhelming counter–attacks, when the 5th Brigade concentrated below Walker’s Ridge.  Anzac troops were still on the offensive, to connect the north of their beachhead to a new British landing site at Sulva. After fierce fighting on the 21st August, Anzac and British troops had gained only a couple of footholds on Hill 60, at heavy cost.

Harry was posted missing on the 22nd August. A court of enquiry, held at Tel el Kebir in Egypt after the Gallipoli evacuation, found it reasonable to suppose Harry Linklater was killed in action on the 22nd August 1915. A signaller friend, Arthur Hall, reported that during the charge on Hill 60, he passed Harry lying on the ground. Harry seemed to have been hit on the left side of the head and appeared dead.  Harry is commemorated on Panel 60 of the Lone Pine Memorial in Gallipoli, but he is probably one of the 712 unidentified burials in Hill 60 Cemetery.  Harry Linklater’s photo at the top of this page is taken from a montage Honour Board that commemorates 46 of the 48 employees of the Sydney department store Anthony Hordern and Sons Ltd., who died serving in the First World War. 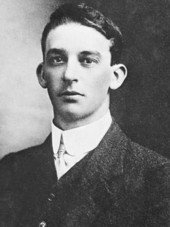 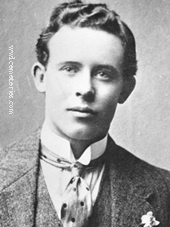 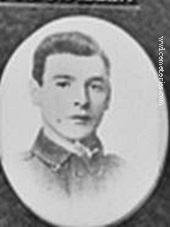 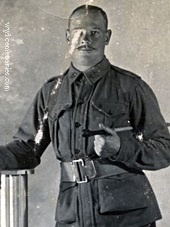 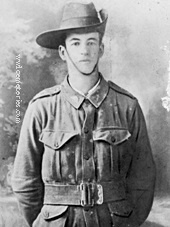