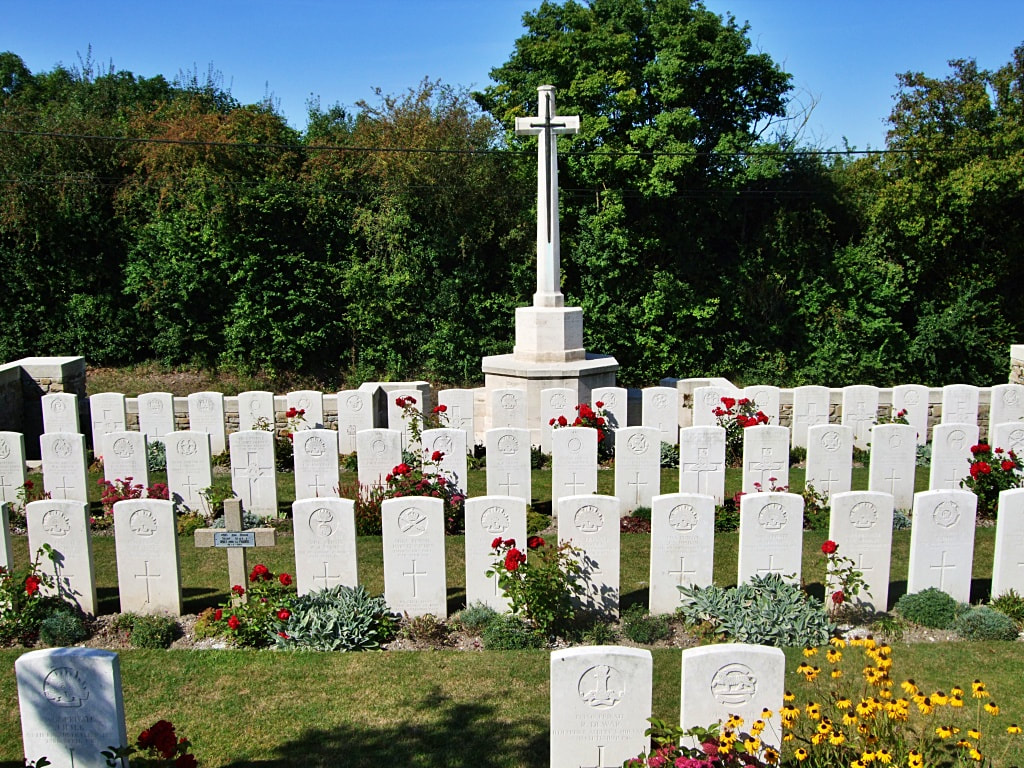 In April 1918, at the turning-point of the German offensive towards Amiens, the 12th and 55th Casualty Clearing Stations came to Longpre and opened a cemetery close to the station, afterwards known as Longpre British Cemetery No 1. When it was closed before the end of the month, it contained 35 graves and the present cemetery, then known as Longpre British Cemetery No.2, was begun about 800 metres south of the village.

In May, this cemetery was also closed and in 1919, the graves from Longpre British Cemetery No.1 were brought into it to form rows C and D. 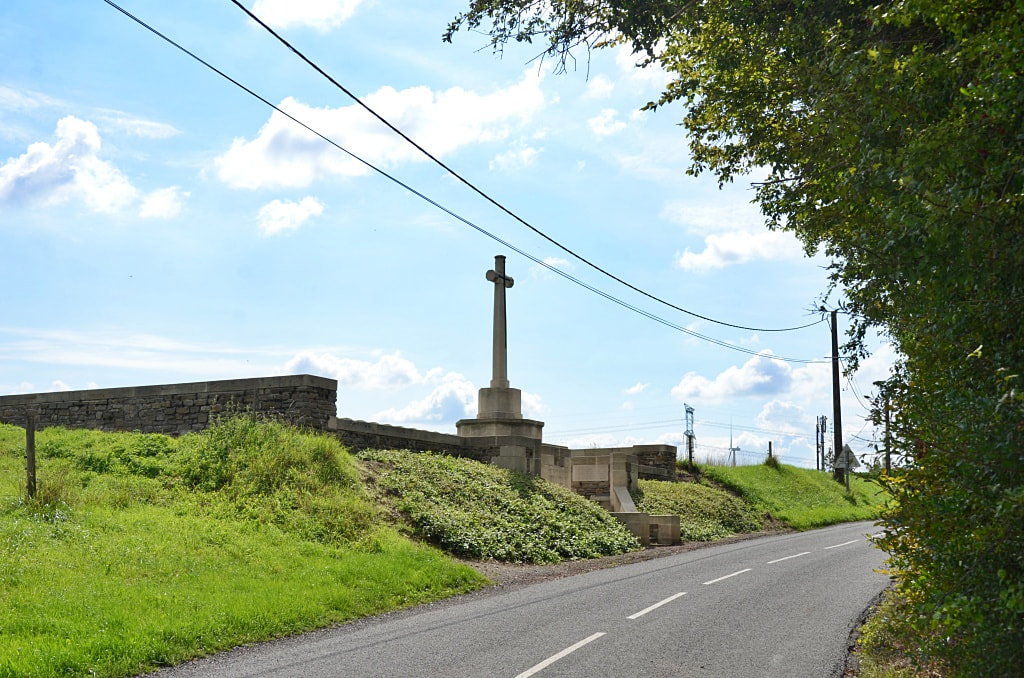 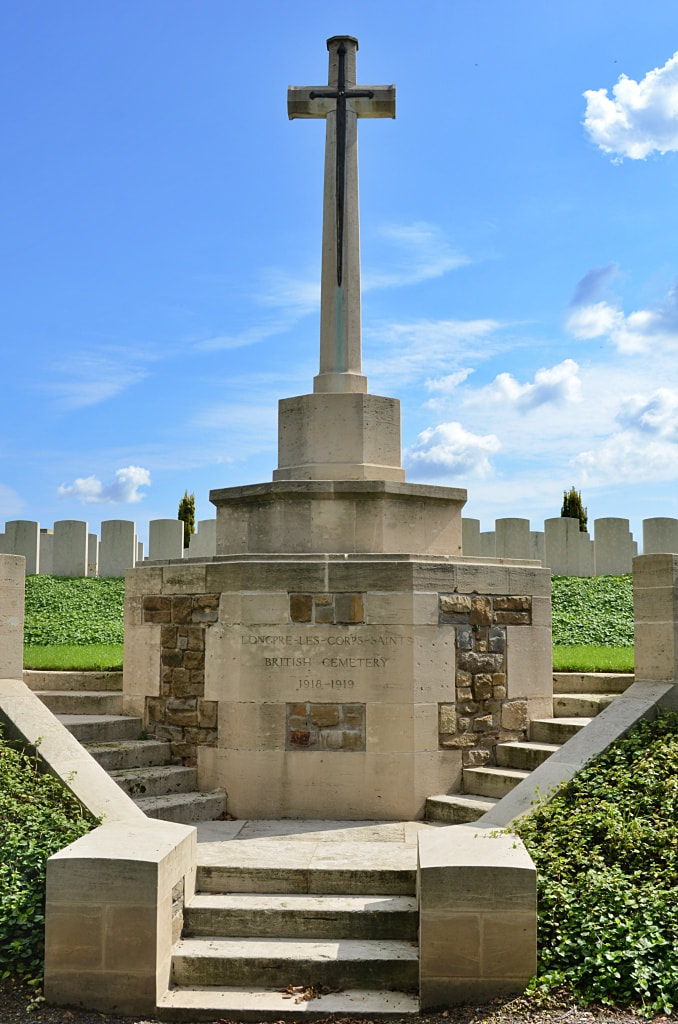 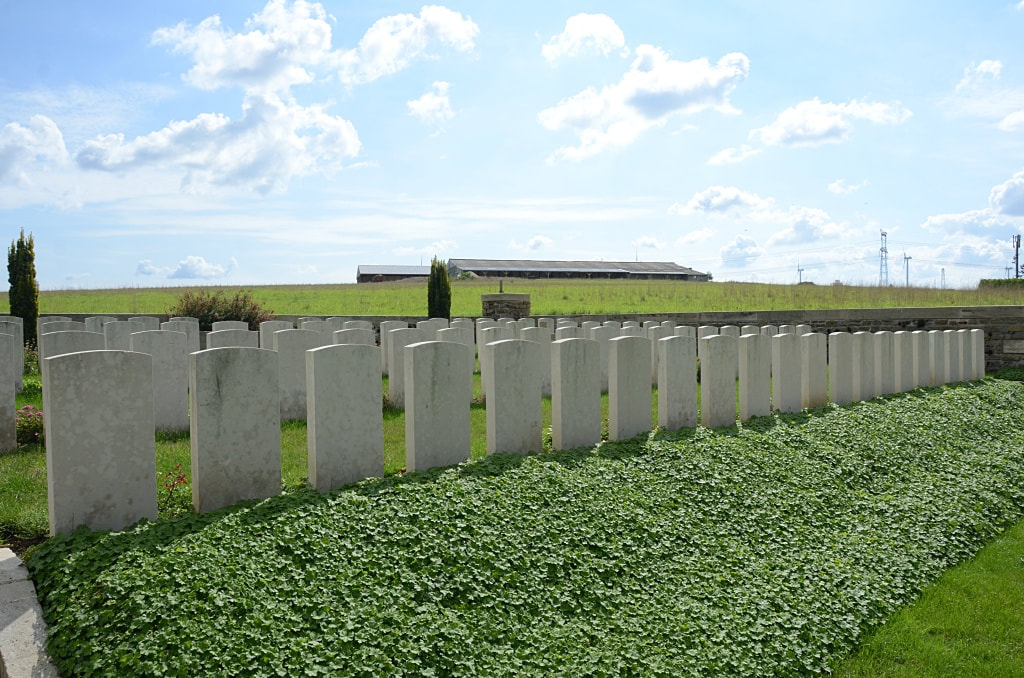 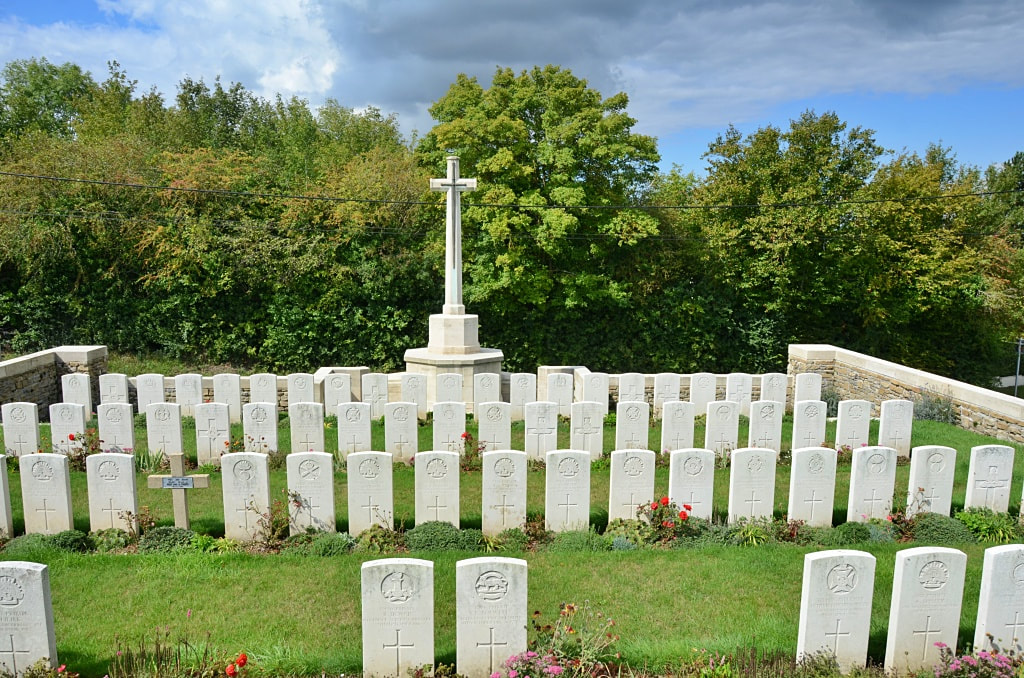 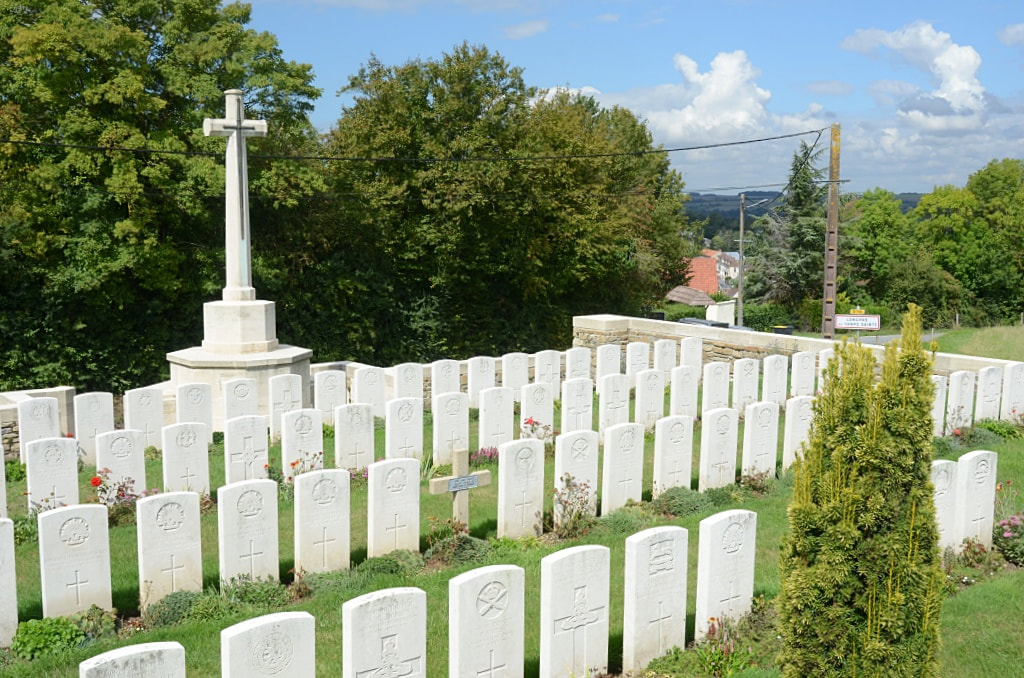 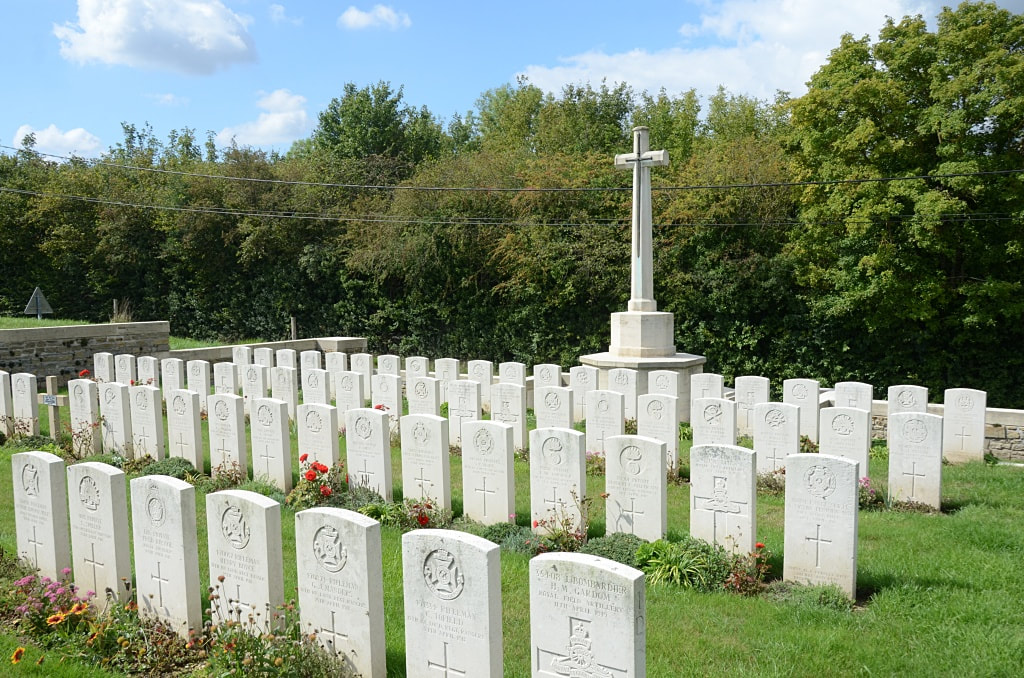 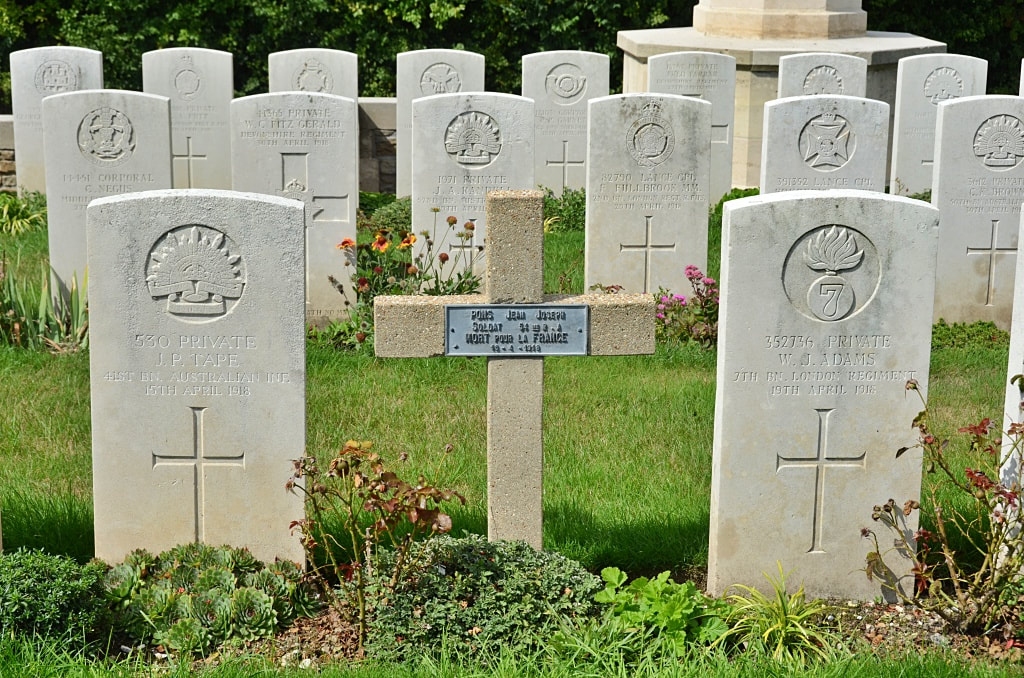 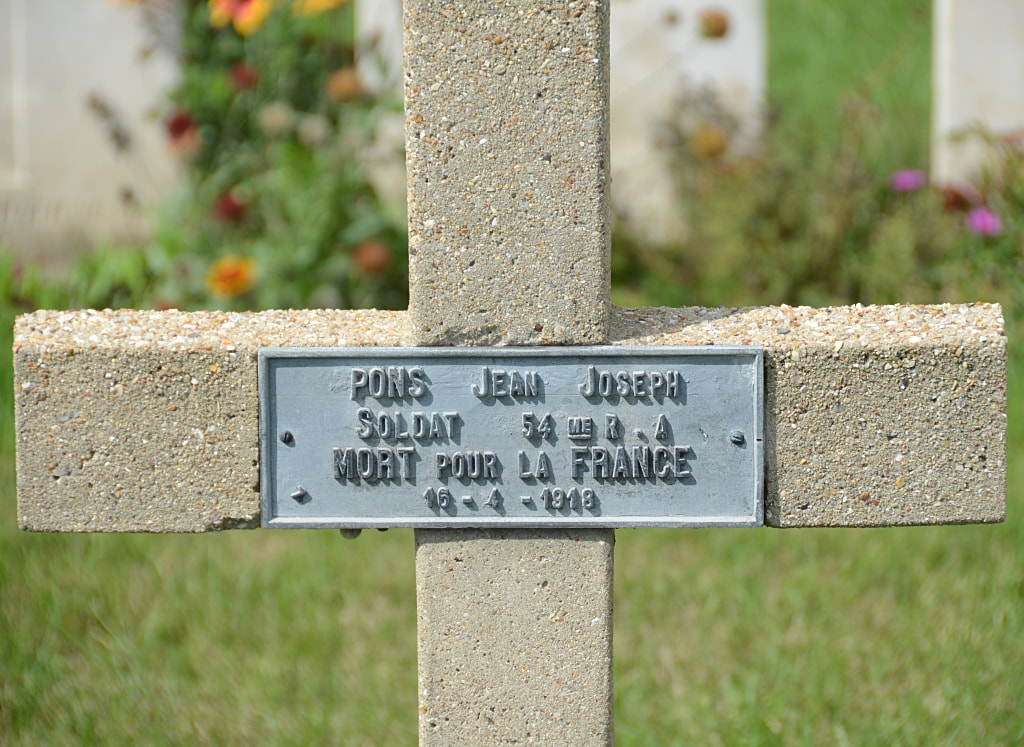 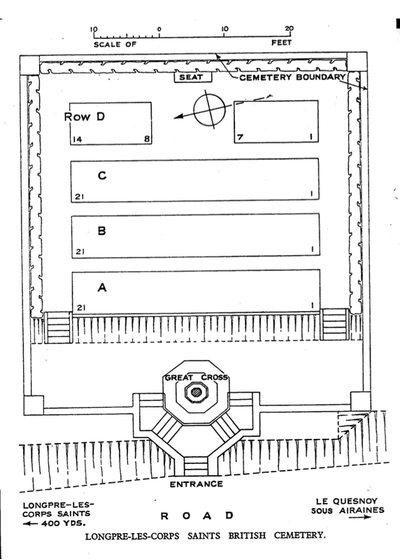 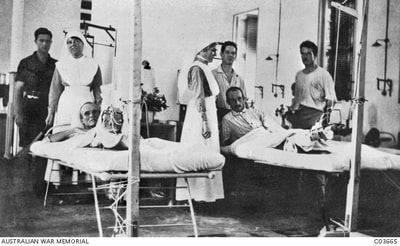 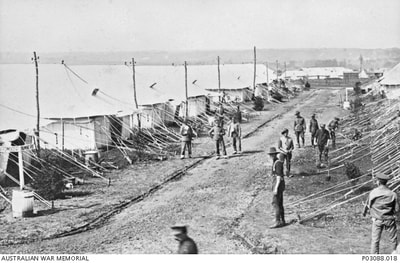 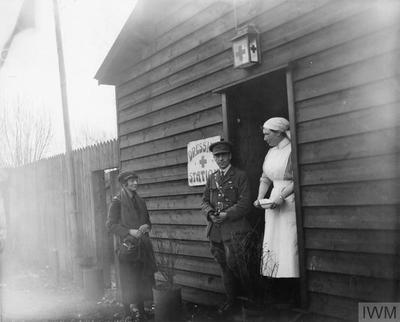 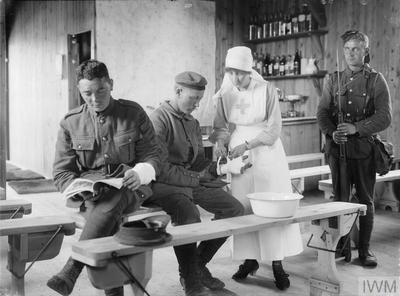 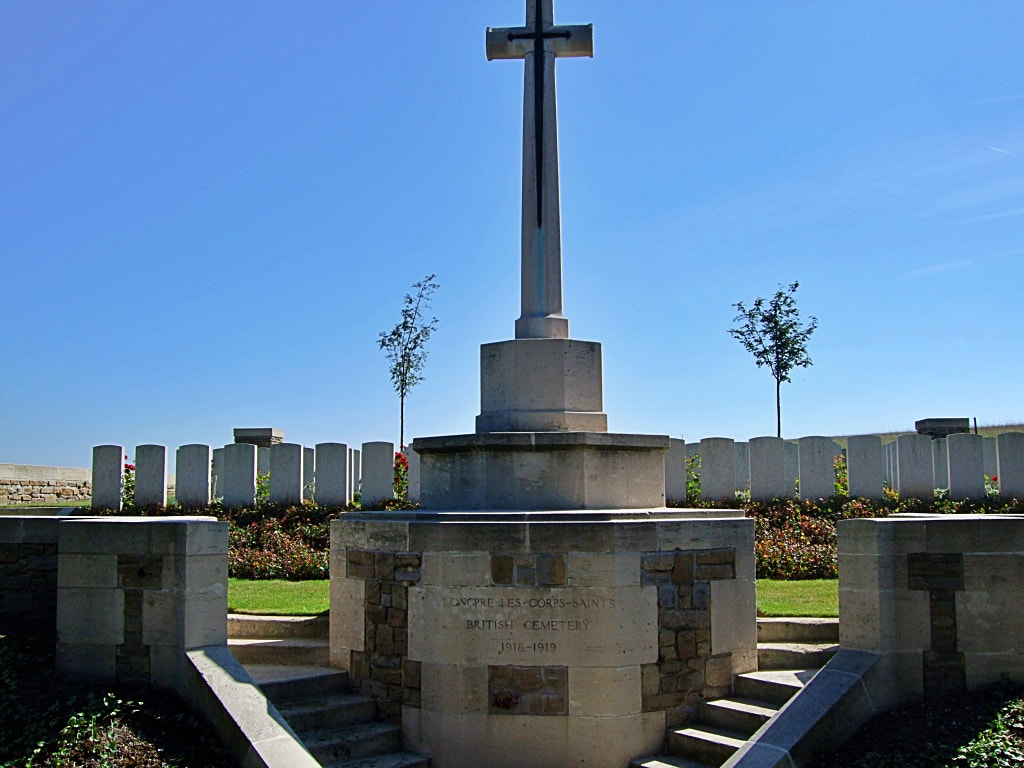 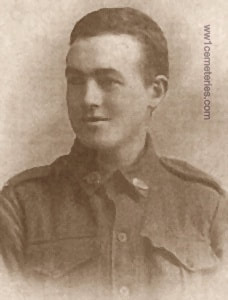 ​His headstone bears the inscription; "My Country First."

He was admitted to No.55 Casualty Clearing Station on 26th April 1918 suffering from gun shot wounds of the left thigh and compound fractured of the femur and right thigh.

​His battalion were attempting to take a wood near to Villers-Bretonneux at night. Edward was wounded by a machine gun bullet and taken to the Dressing Station. His battalion suffered many casualties that night. 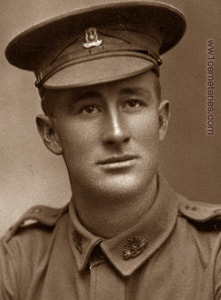 Clive Kewson was involved in the 'moonlight' attack at Villers-Bretyonneux on 26th April 1918, he was severely wounded in the back by machine gun bullets. 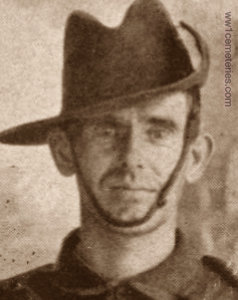 ​His headstone bears the inscription; "Beloved Son Of Robert And Sarah Christmas Of Scottow, Norfolk, England." 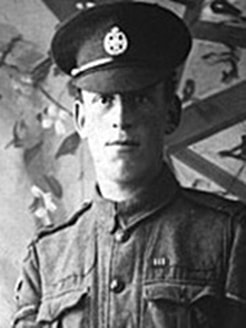 Son of Albert and Mary Fenwick, of South Hackney, London.

​His headstone bears the inscription; "Thine Is A Perfect Rest, Secure And Deep, Beloved, Good-Night."​ 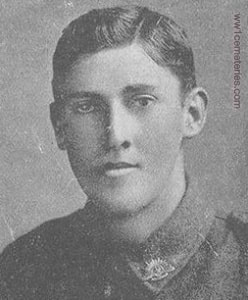 Son of Russell and Louisa Kidd, of Mowbray, Tasmania. Native of Launceston, Tasmania.

​His headstone bears the inscription; "Beloved Only Son Of R. And L. Kidd Of Launceston, Tasmania. Age 20." 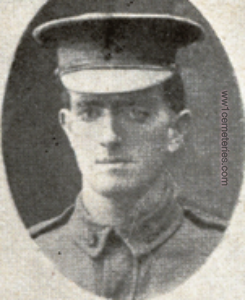 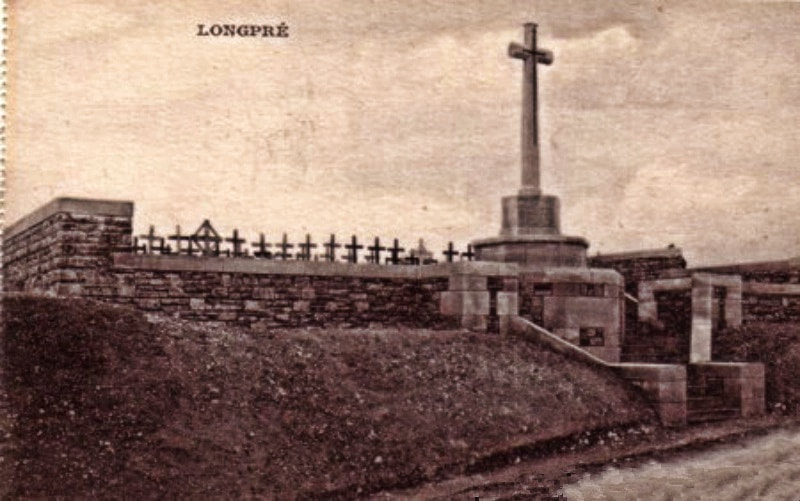 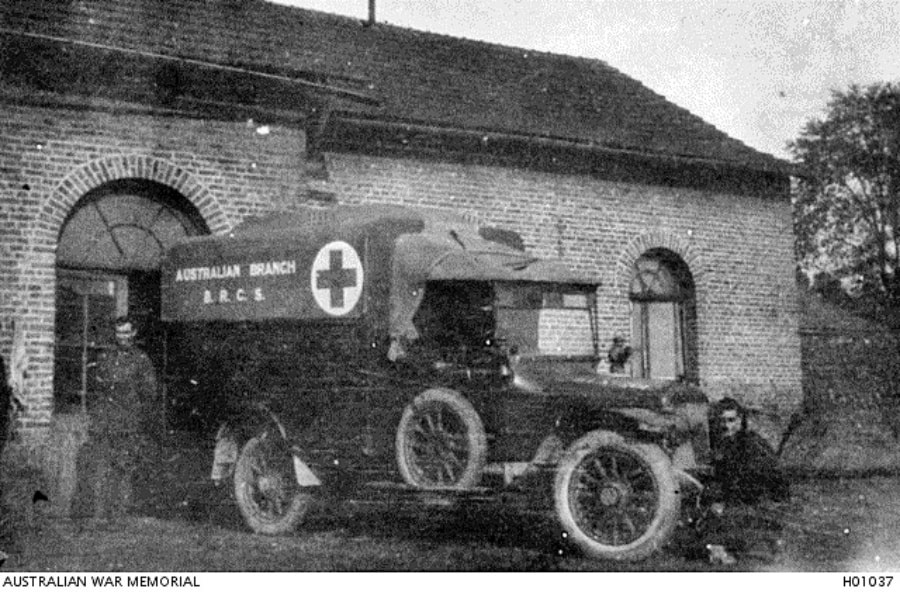 Longpre, France. November 1918. An Australian Red Cross vehicle outside a Red Cross depot which had been established just before the Armistice.