Merville is a town 15 kilometres north of Bethune and about 20 kilometres south-west of Armentieres.

The Communal Cemetery is on the north-east side of the town to the north of the D38 road to Neuf-Berquin.

On the evening of 11 April 1918, in the Battles of the Lys, the Germans forced their way into Merville and the town was not retaken until 19 August. The cemeteries were not used again until the concentration of battlefield burials into the Extension began, after the Armistice.

During the Second World War the river Lys was the southern end of a deep but narrow area held by British forces at the end of May 1940. Merville is on the territory over which were fought desperate rearguard actions during the withdrawal of the British Expeditionary Force to the coast, for evacuation from Dunkirk.

MERVILLE COMMUNAL CEMETERY was used by French troops (chiefly cavalry) in October 1914, and for Commonwealth burials from that date until August 1916 (in the case of officers, to March 1918). It now contains 1,268 Commonwealth burials of the First World War, and 12 French war graves. There is also 1 non war burial.

MERVILLE COMMUNAL CEMETERY EXTENSION was opened in August 1916, and used by Commonwealth and Portuguese hospitals until April 1918. It was enlarged after the Armistice when graves were brought in from the battlefields immediately north and east of Merville and from the following cemetery:-

CAUDESCURE HALTE CEMETERY, MORBECQUE, which was close to the road and the light railway from Merville to Hazebrouck, and just within the Bois-Moyen. It was made by fighting units, and it contained the graves of 38 soldiers from the United Kingdom who fell in the period April-August, 1918.

The Extension was designed by Sir Herbert Baker

Not known but found by his Grandson Keith Grover, now remembered 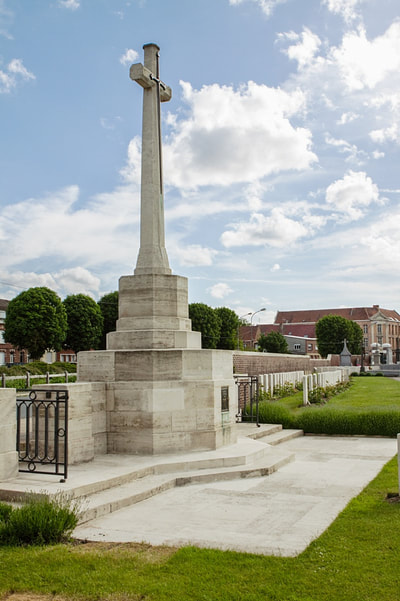 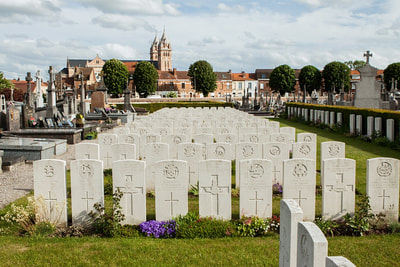 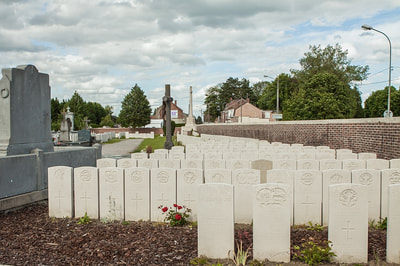 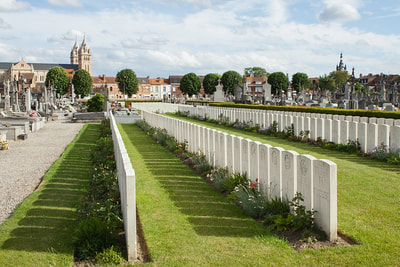 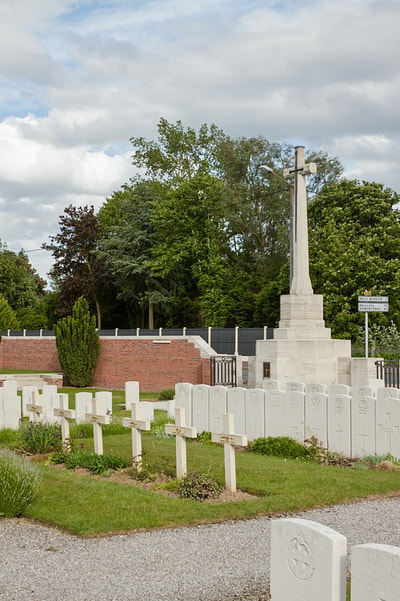 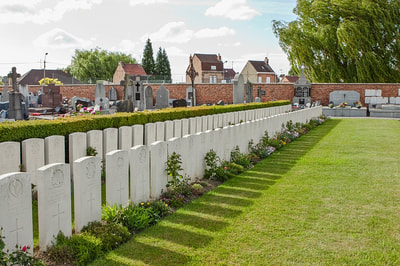 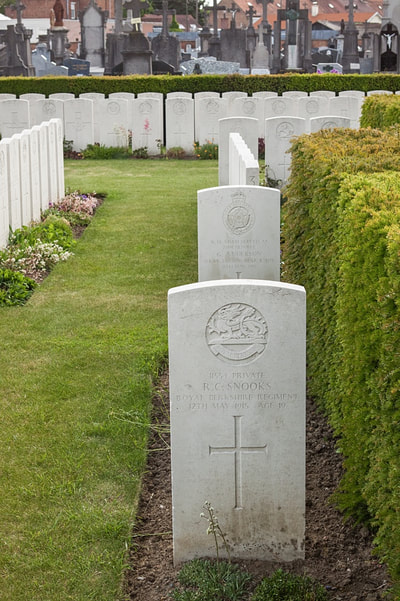 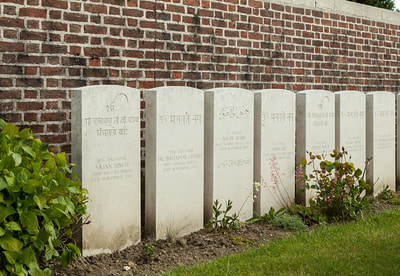 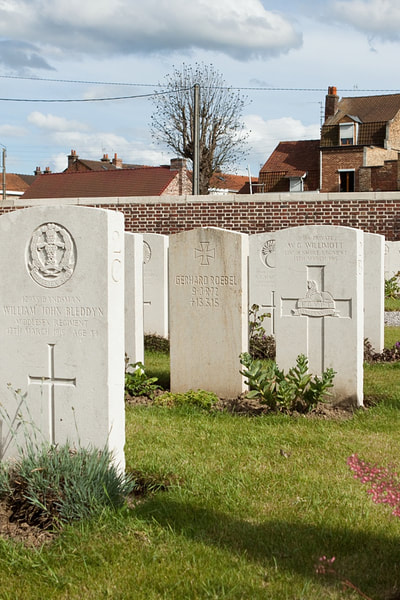 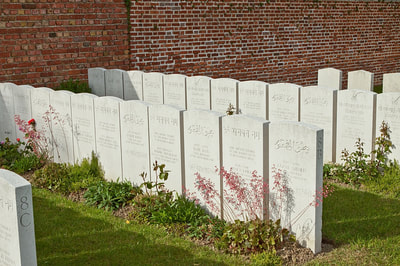 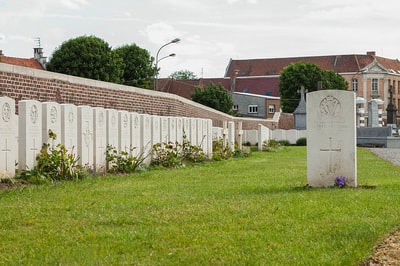 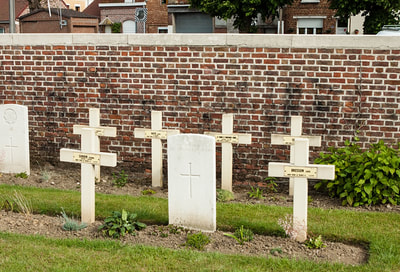 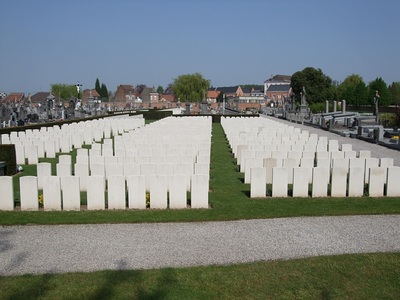 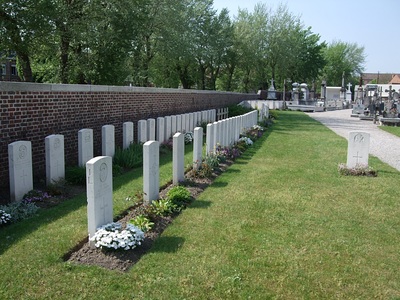 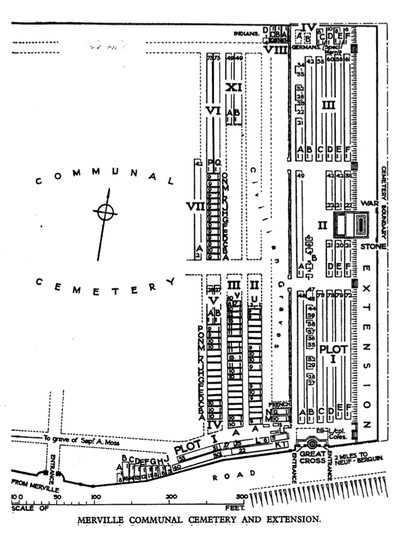 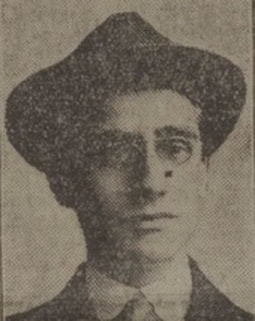 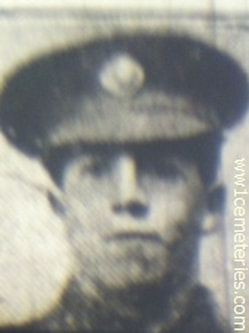 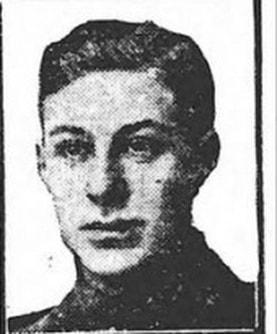 ​His headstone bears the inscription; "Greater Love Hath No Man Than This That A Man Lay Down His Life To Save His Friends." 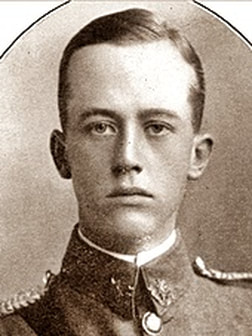 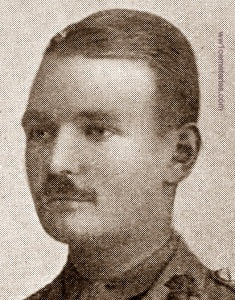 His headstone bears the inscription; "Ever Faithful." 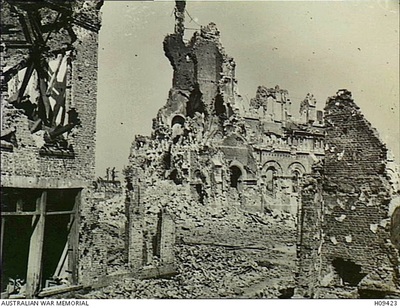 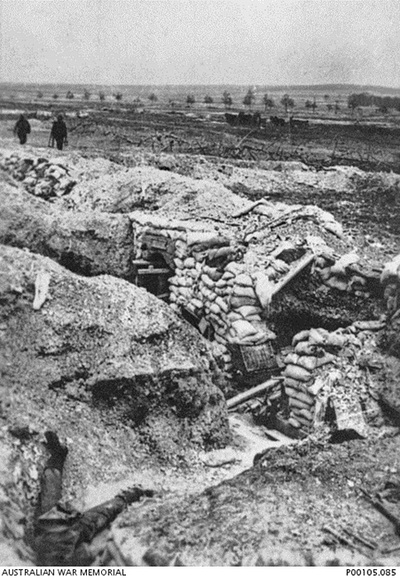 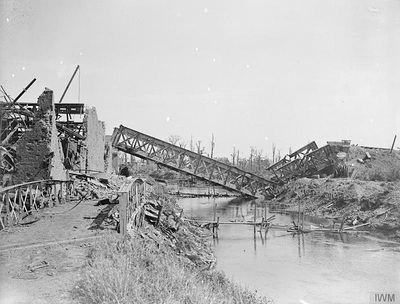 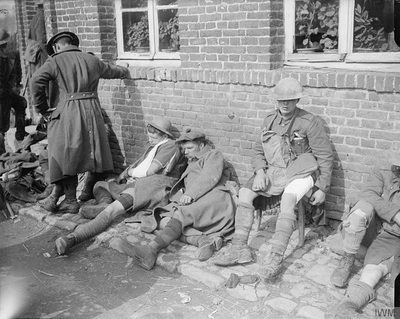 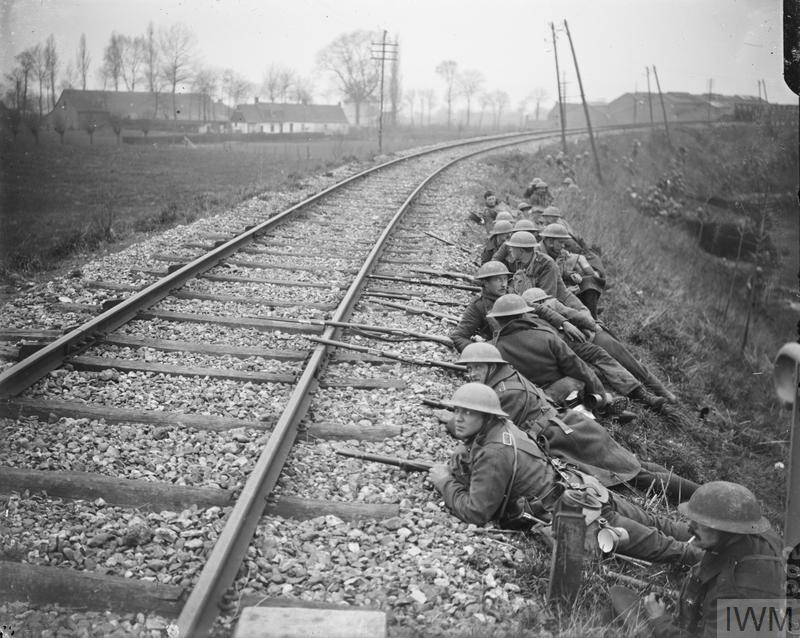 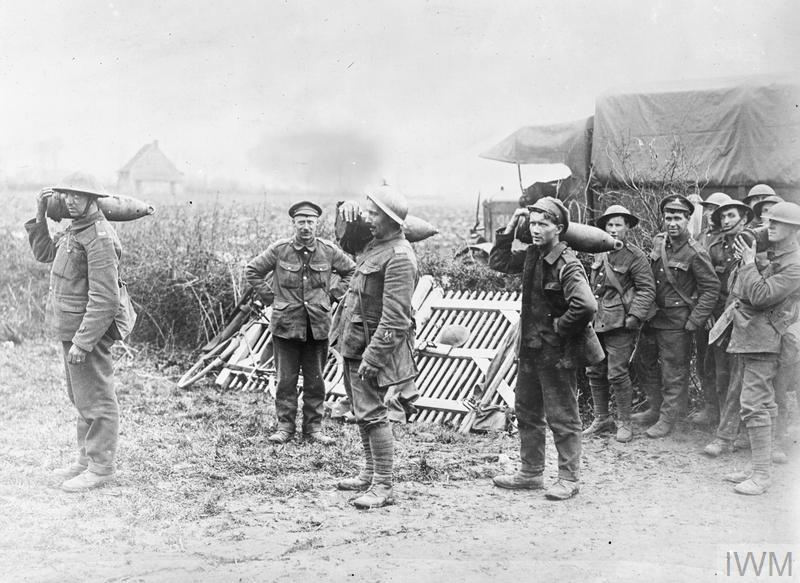 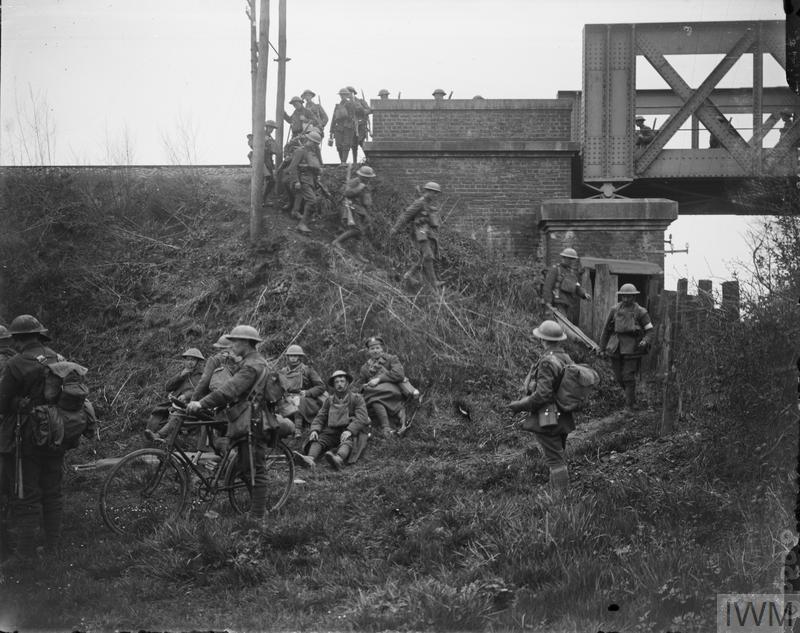 Battle of Hazebrouck. Troops arriving at a railway embankment which they are to defend, Merville, 11 April 1918. © IWM (Q 6503) 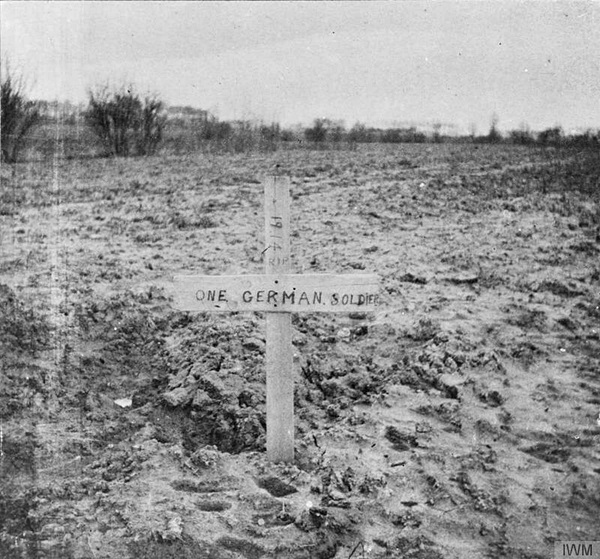