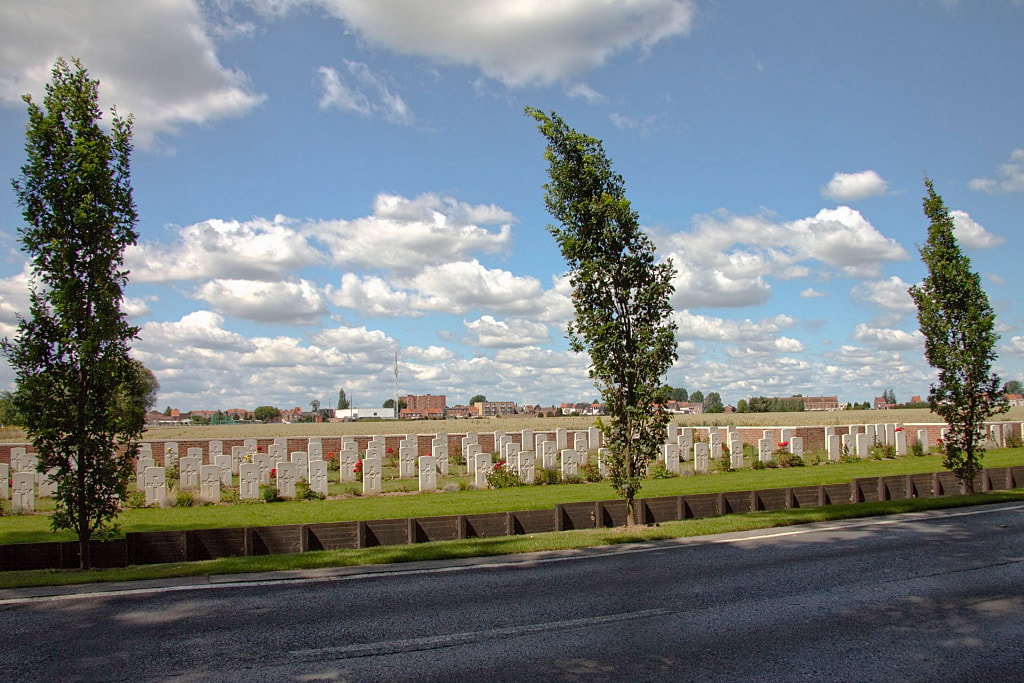 Motor Car Corner Cemetery is located 17 Kms south of Ieper town centre, on a road leading from the Rijselseweg N365, which connects Ieper to Wijtschate, Mesen, Ploegsteert and on to Armentieres.

In this sector, Motor Car Corner marked the point beyond which military cars were not allowed to proceed towards the front. The cemetery was begun in June 1917 at the outbreak of the Battle of Messines and continued in use until the end of March 1918. It was originally sheltered by an avenue of trees and used in conjunction with a trench railway. The cemetery was in German hands between 10 April and 29 September 1918, during which period they extended it northwards. These German graves were later removed. 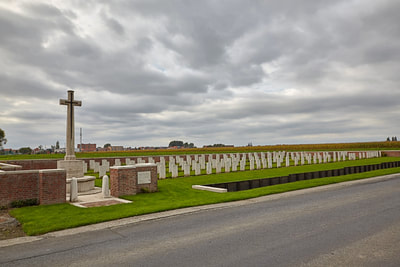 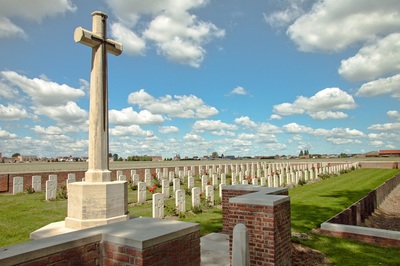 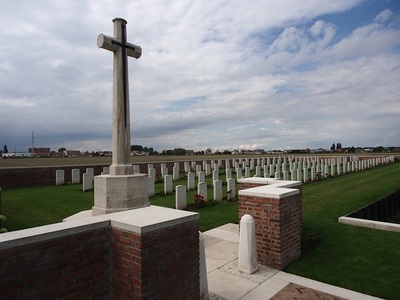 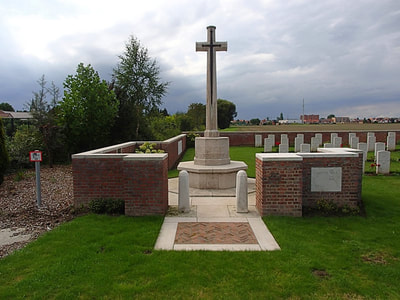 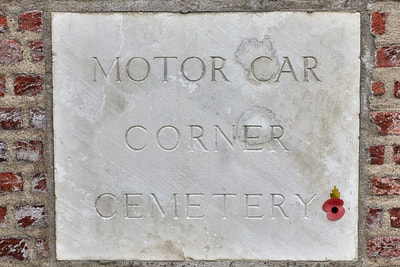 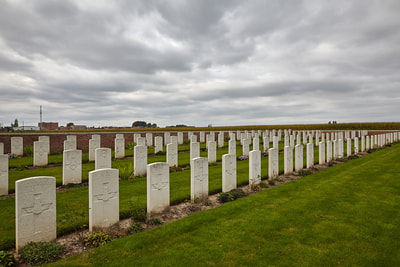 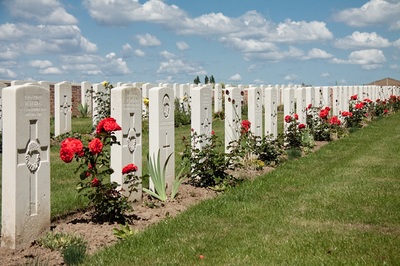 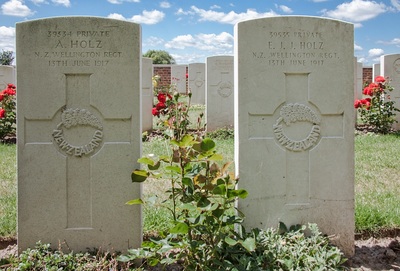 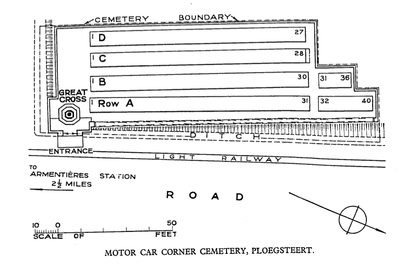 Son of John and Agnes Mylie; husband of B. Mylie, of 416, Illawarra Rd., Marrickville, New South Wales. Native of Scotland.
​
Originally of Castle Douglas, Scotland. A laundryman prior to enlistment he embarked with the 6th Reinforcements on board HMAT Beltana (A72) on 25 November 1916. 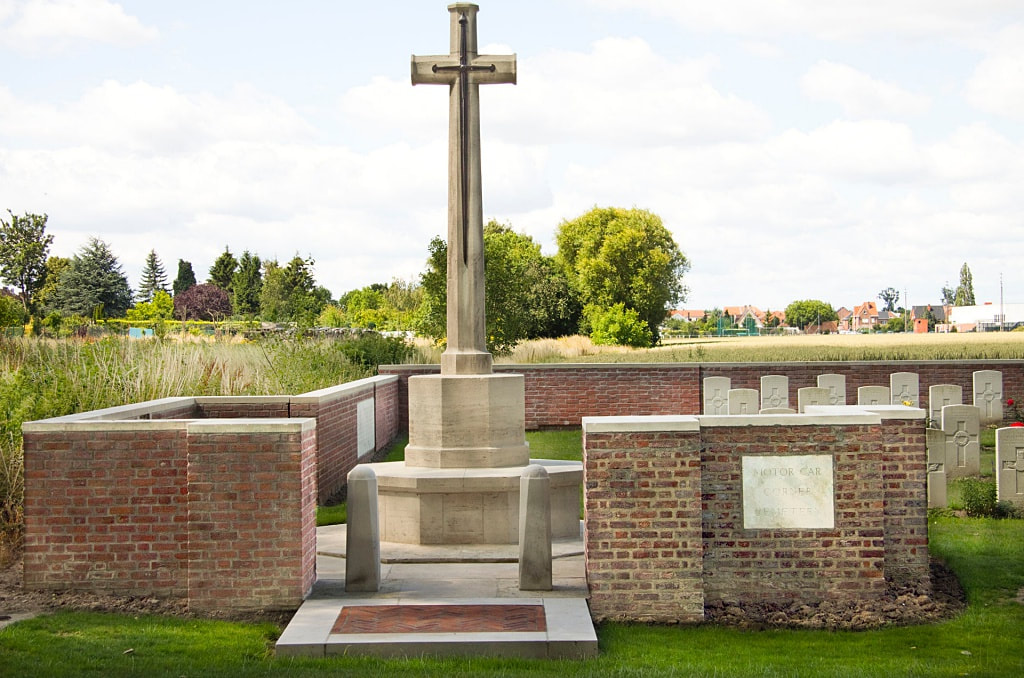 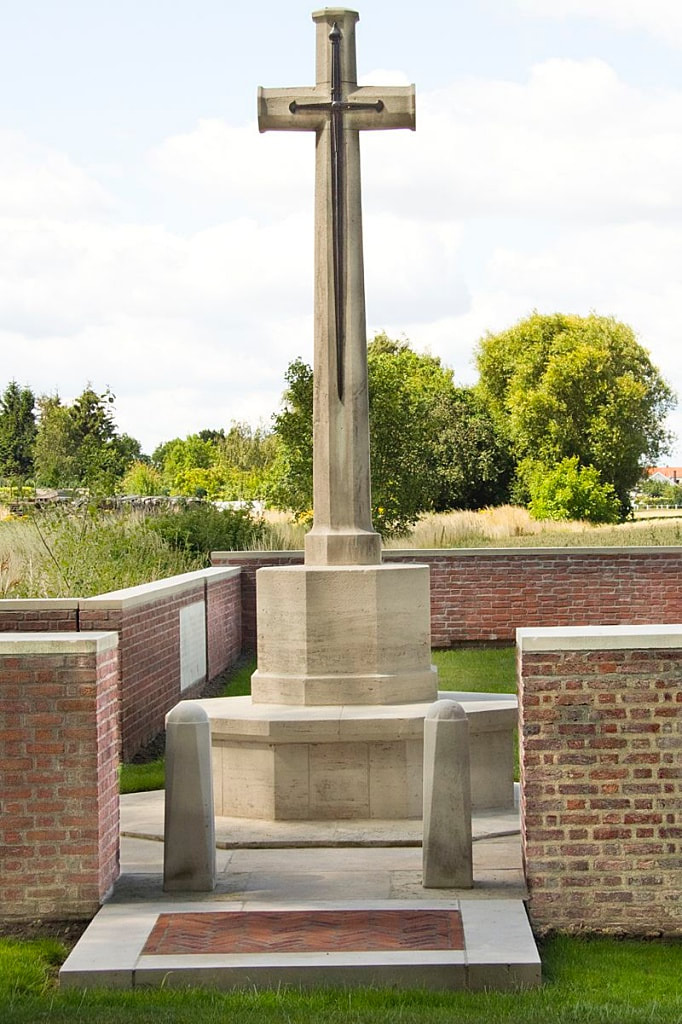 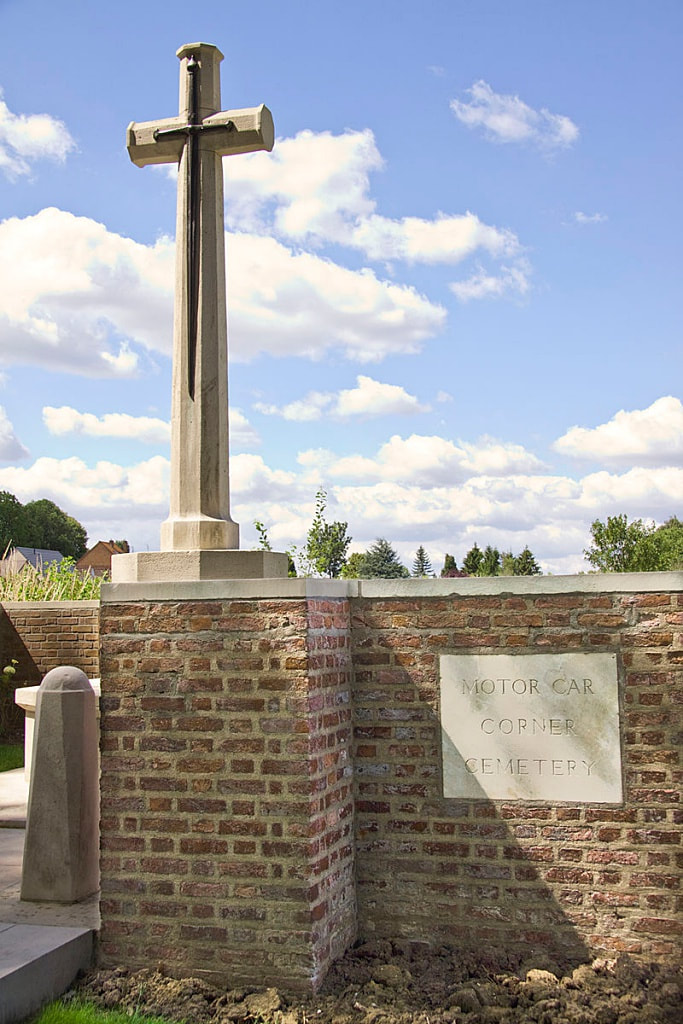 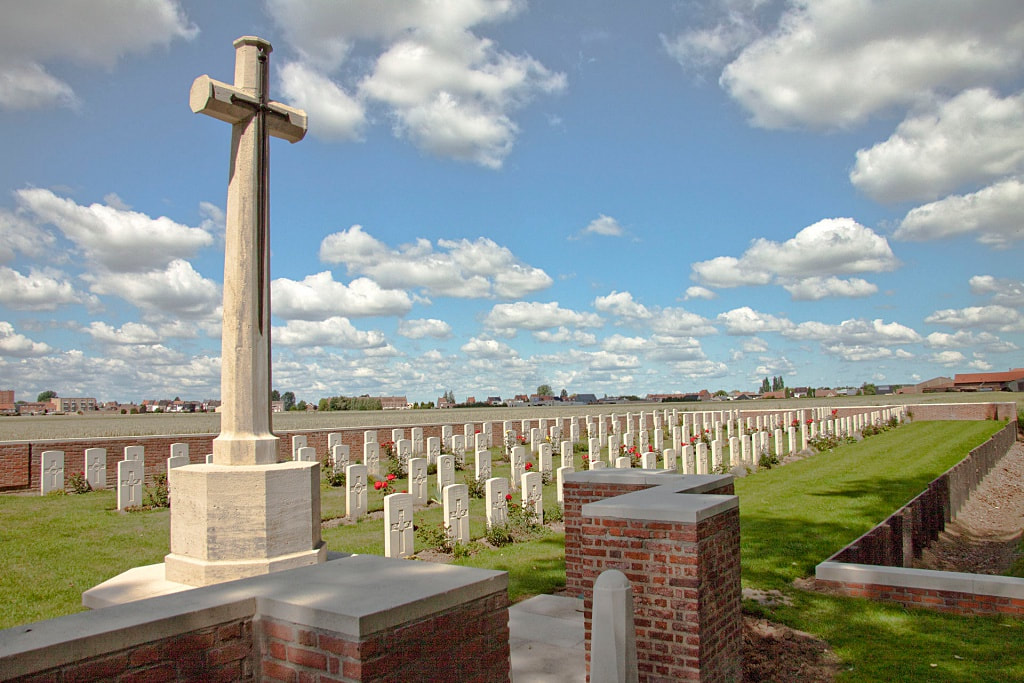 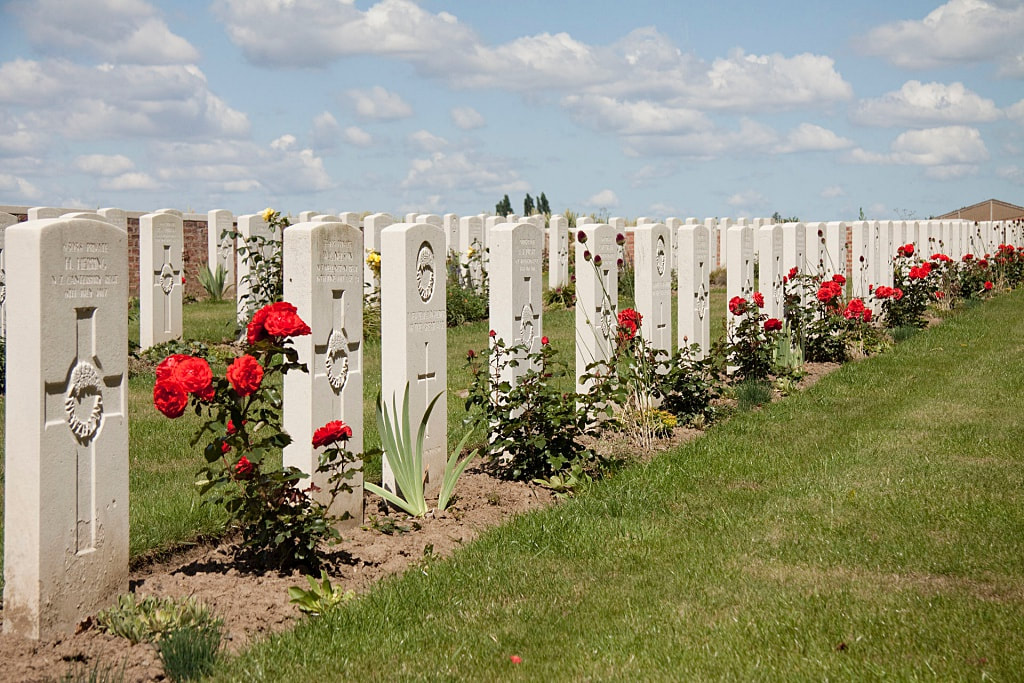 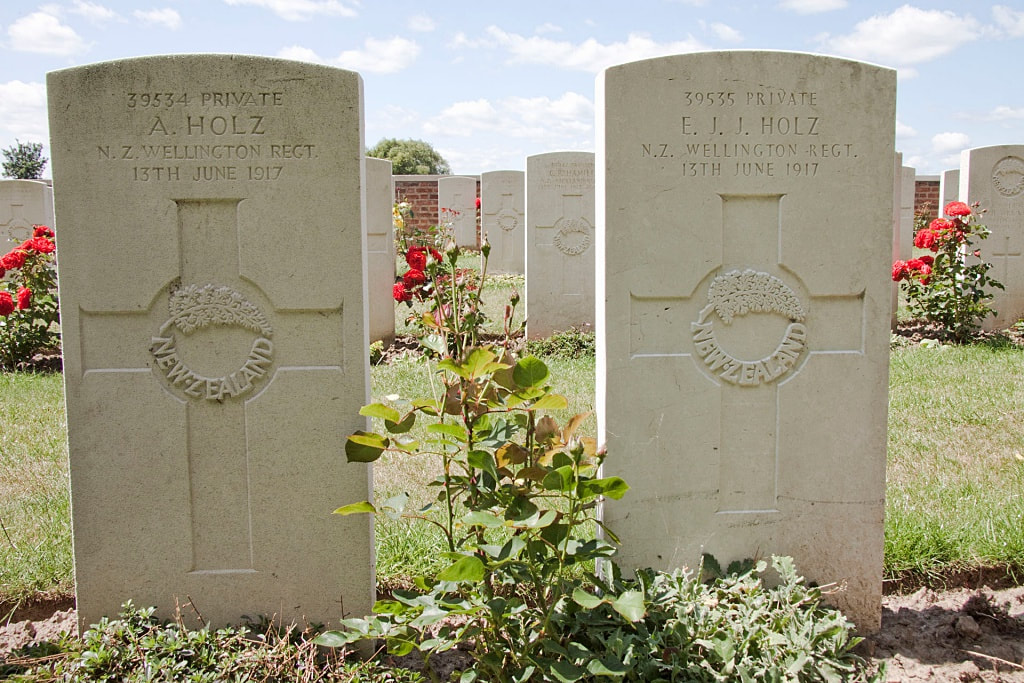