Moulins is a small village situated 16 kilometres south of Laon and 13 kilometres north of Fismes, within the Department of the Aisne, Northern France. From Reims take the N44 towards Laon. Passing the French Military Cemetery at Cormicy on the left, shortly followed by the CWGC cemetery of La Ville aux Bois, continue along this road for about 22 kilometres until the village of Corbeny is reached. Take the left hand turning next to the church and go along the D18, "Chemin des Dames", for 14 kilometres until you reach the crossroads at Cerny en Laonnais. Turn left towards Fismes along the D967, passing Vendresse British Cemetery on the right. Take the first left hand turning after passing the cemetery, signposted "Moulins". As you enter the village turn sharp left and the cemetery is facing you about 100 metres up a short track. The 4 plots of war graves are all in the far north-eastern corner of the cemetery.

There are now 10, 1914-18 war casualties commemorated in this site. Five special memorials represent graves which cannot now be identified on the ground. 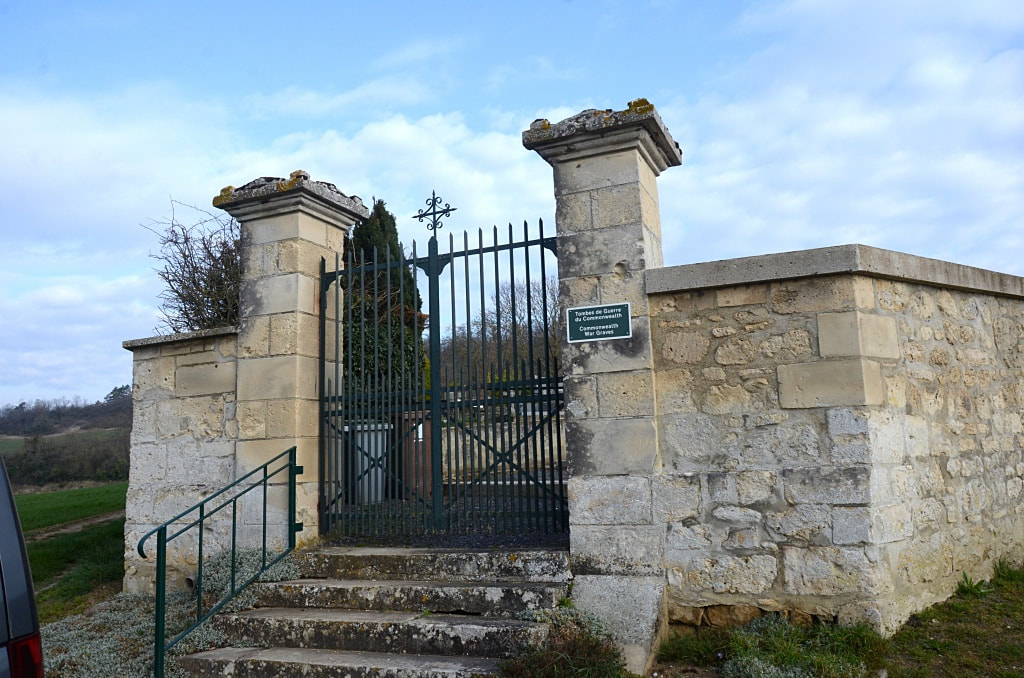 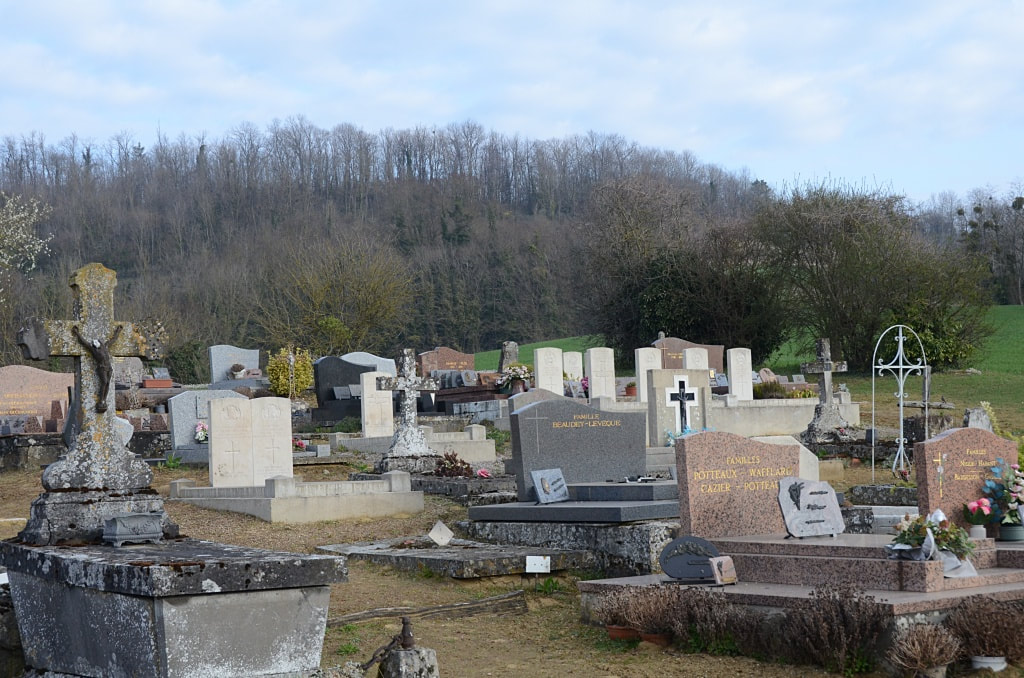 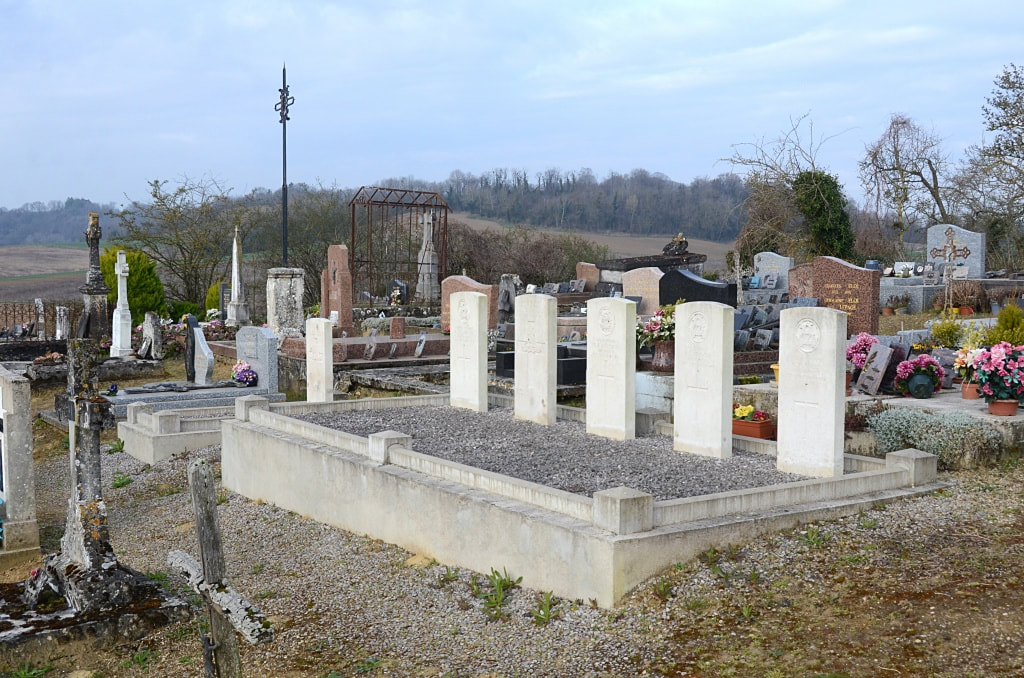 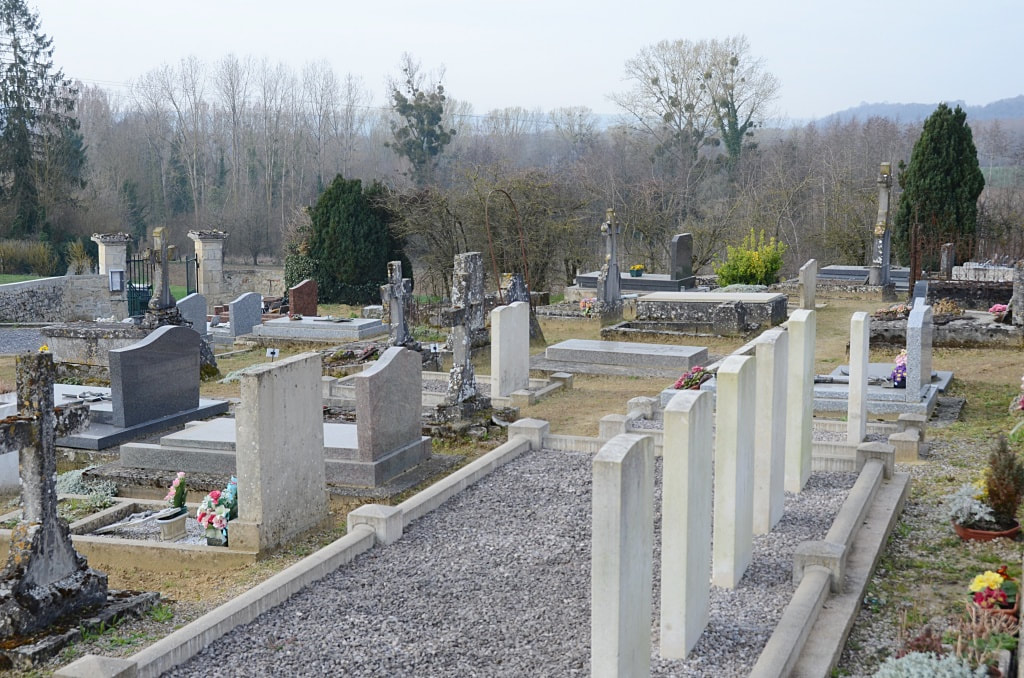 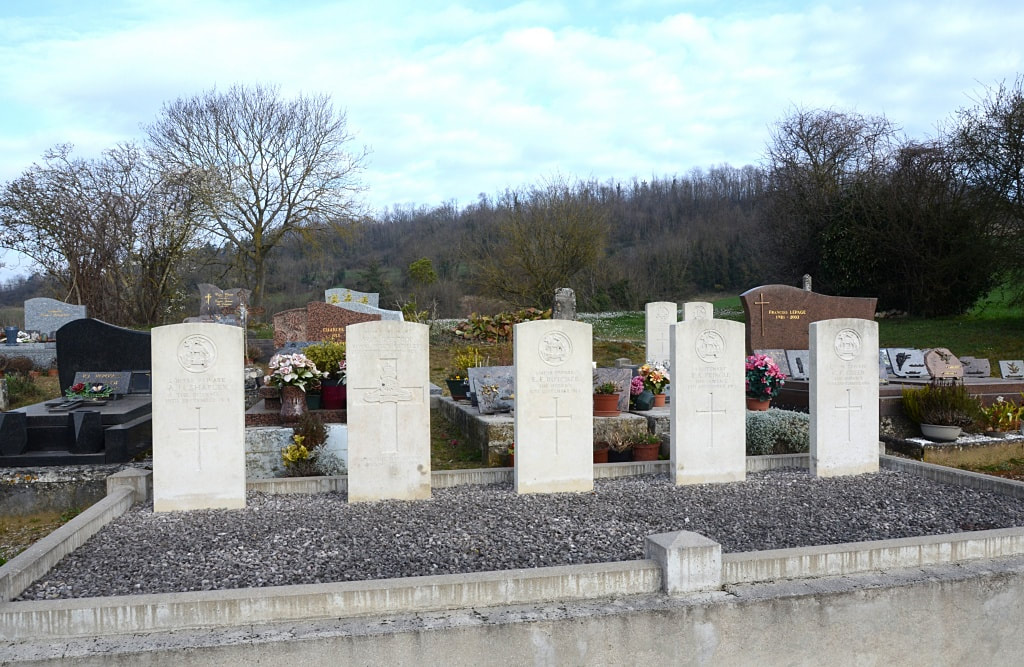 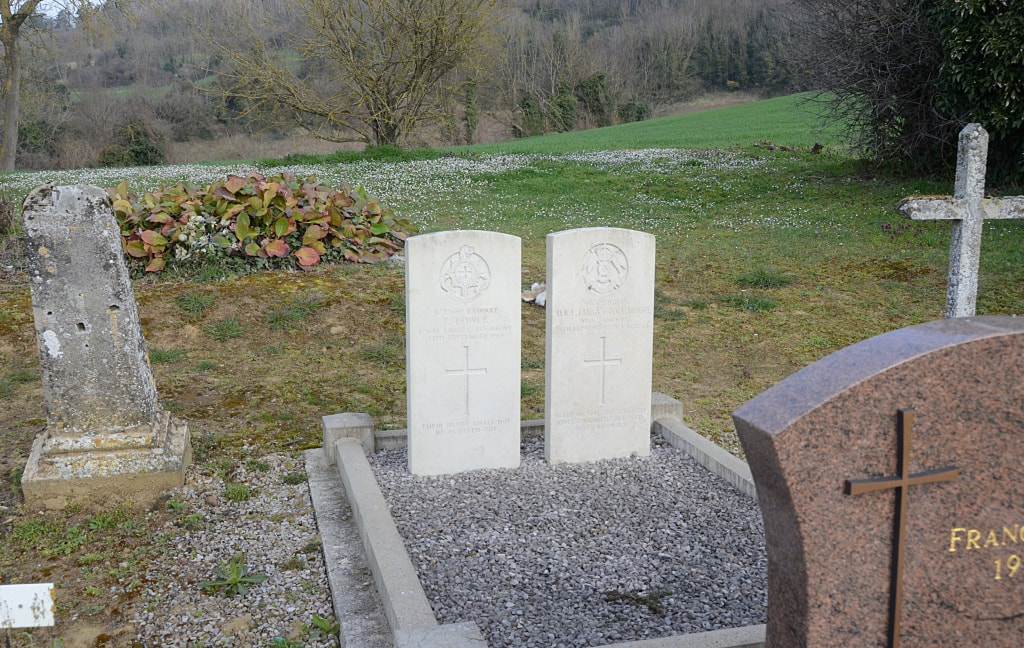 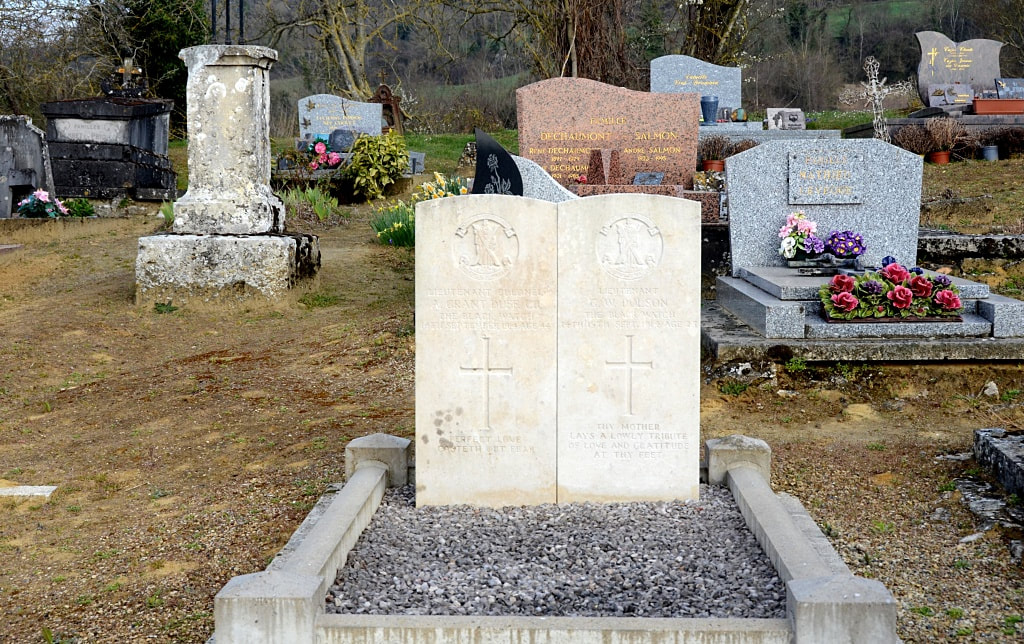 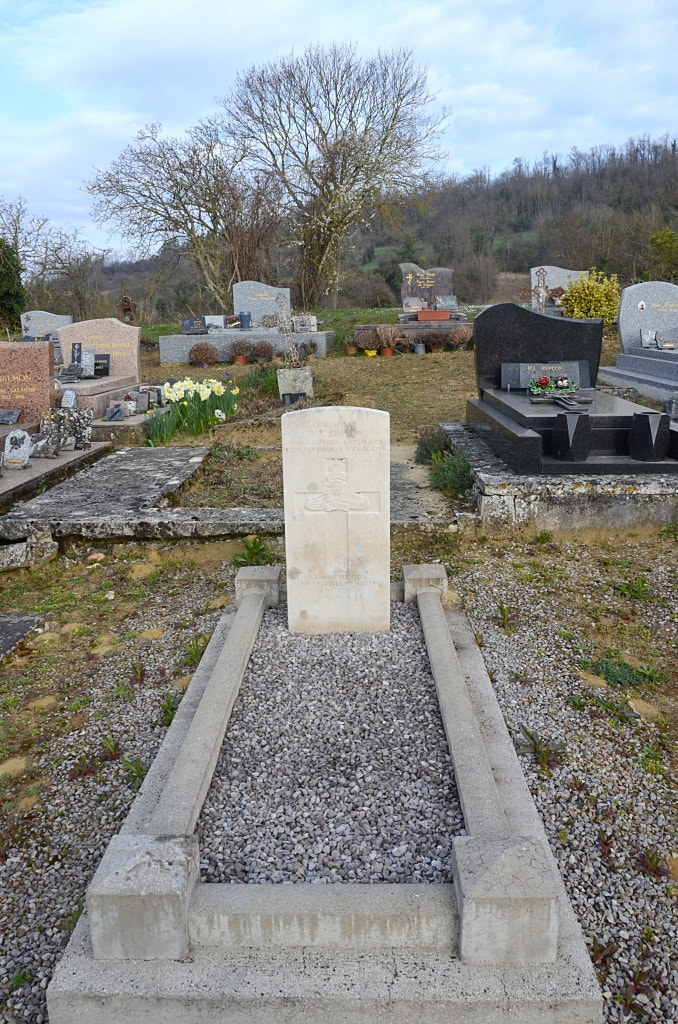 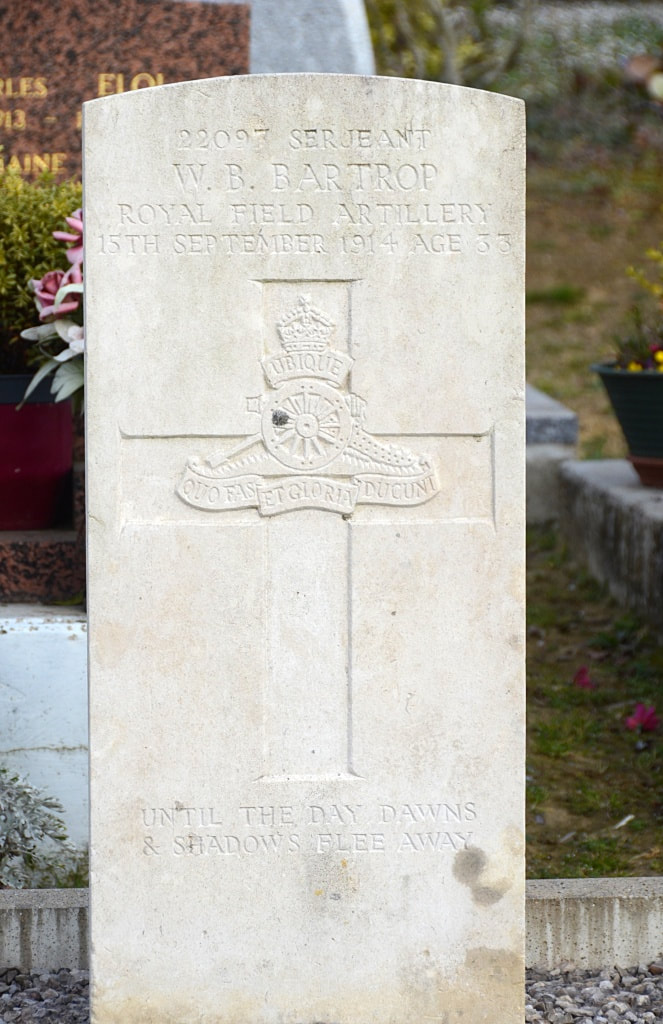 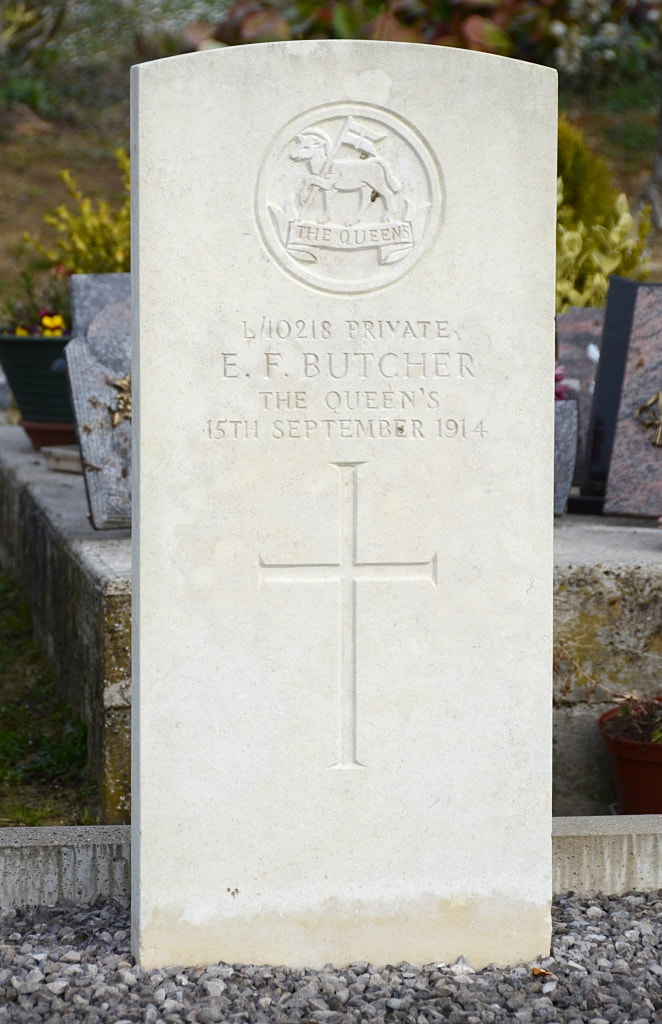 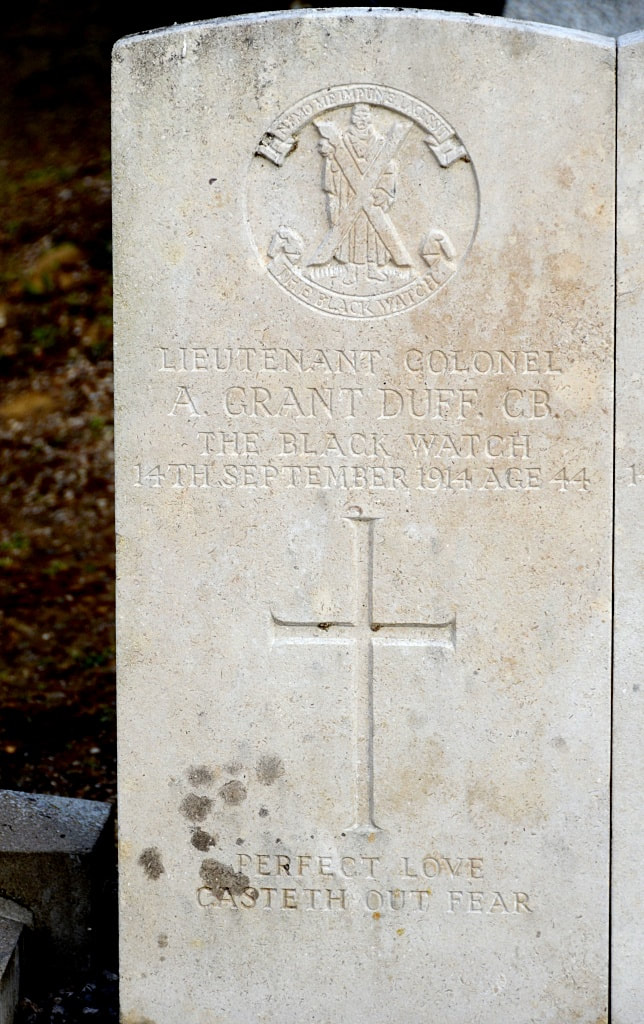 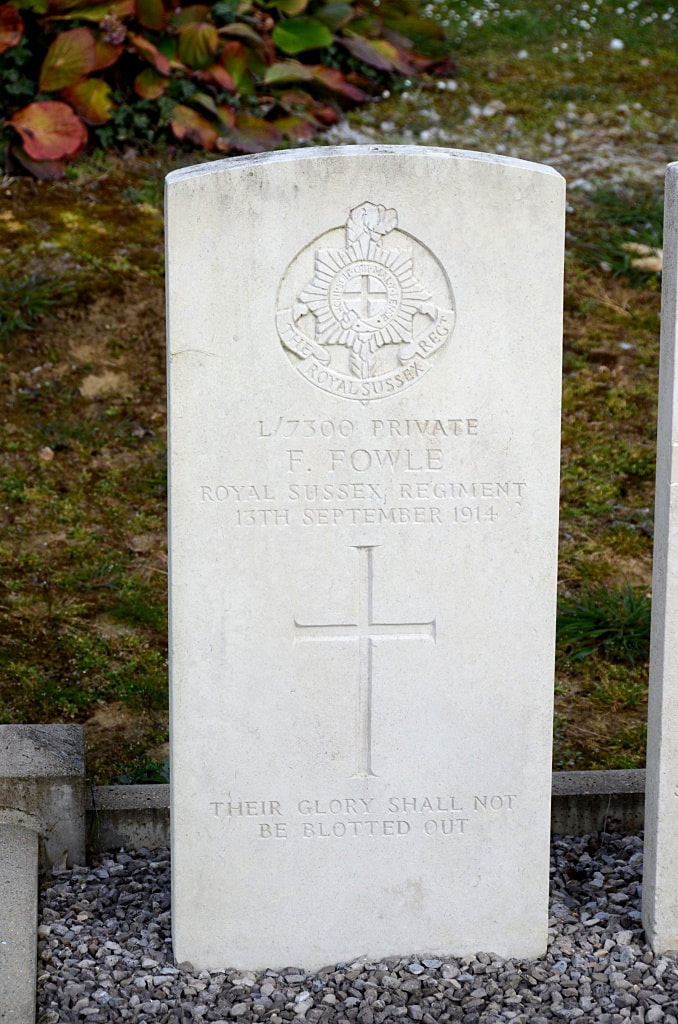 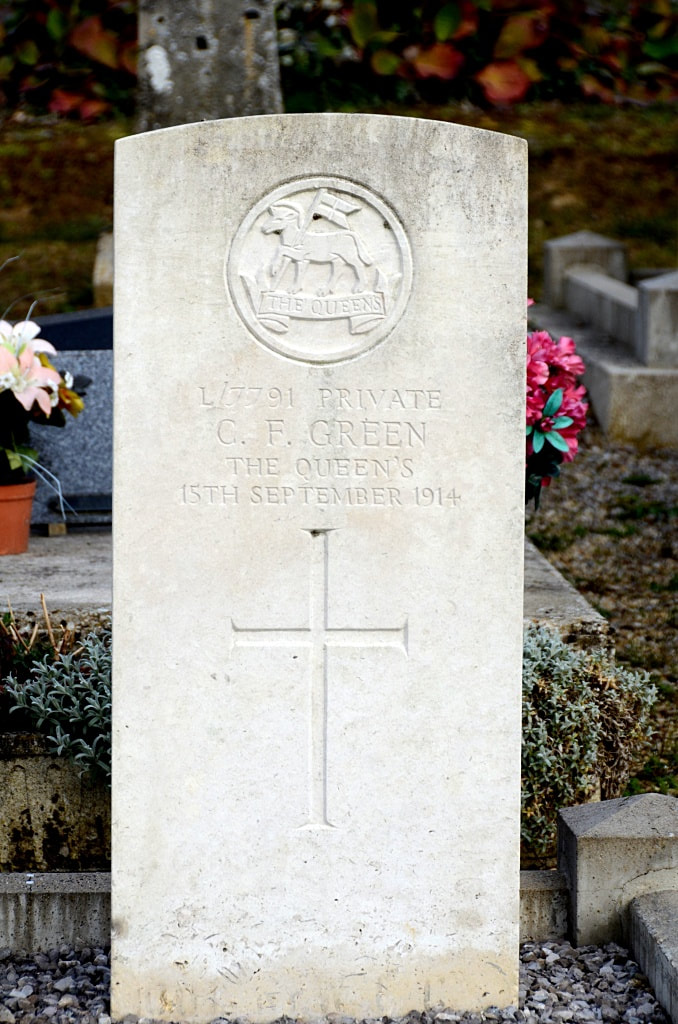 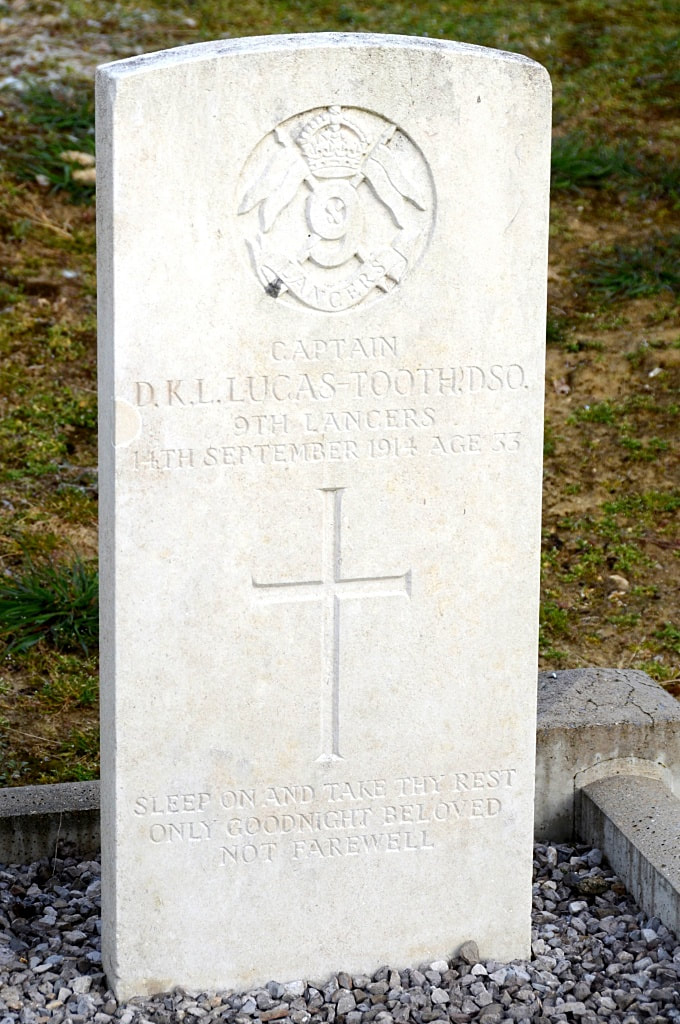 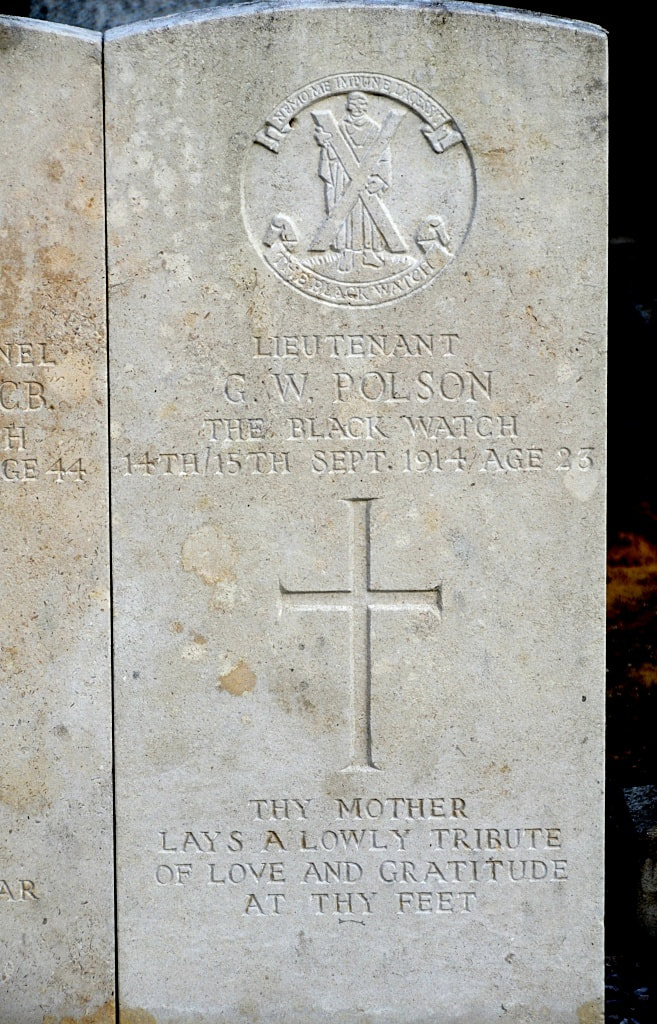 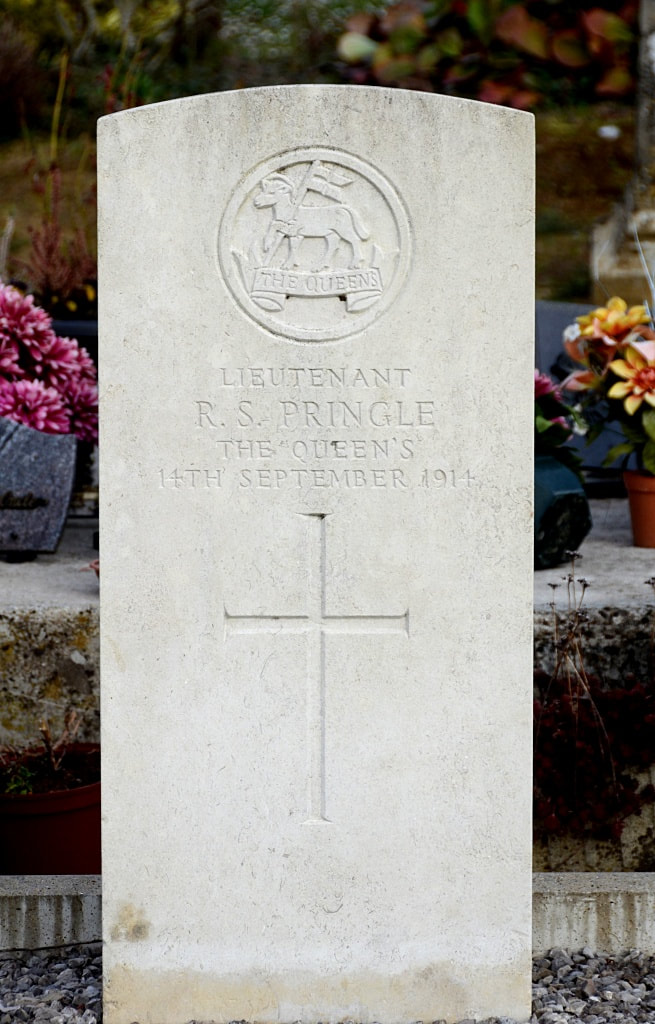 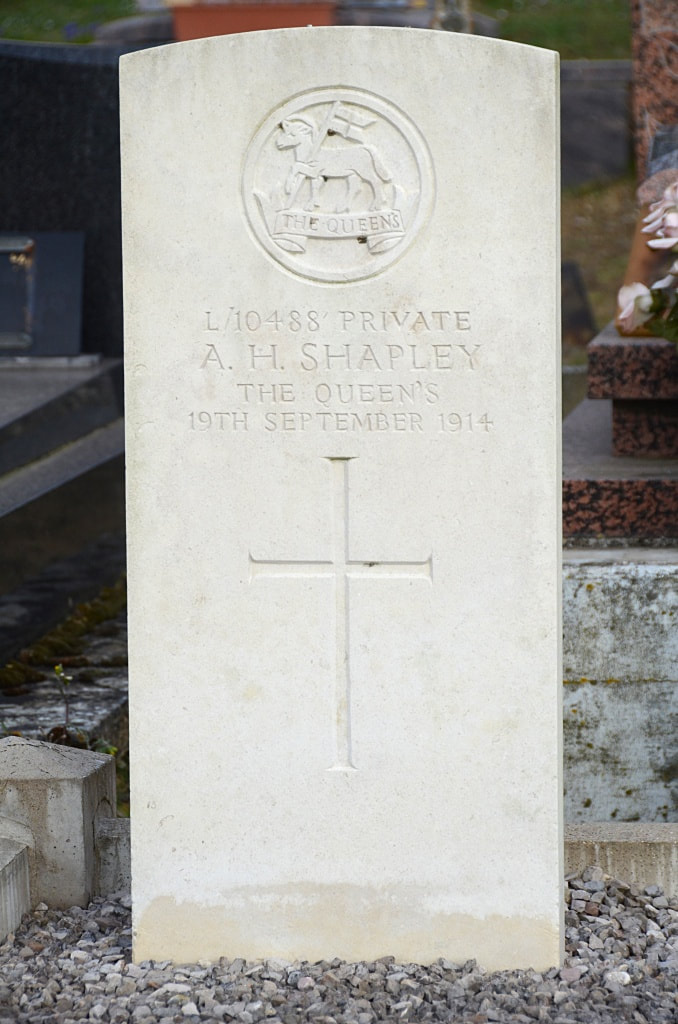 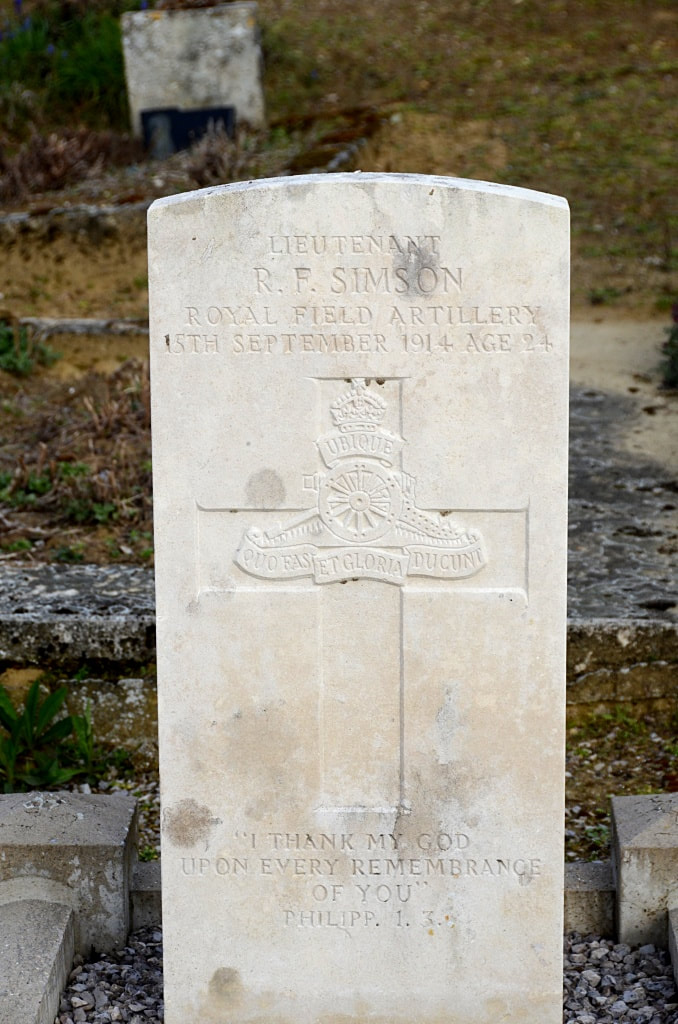 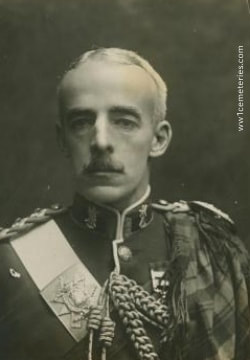 His headstone bears the inscription "Perfect Love Casteth Out Fear" 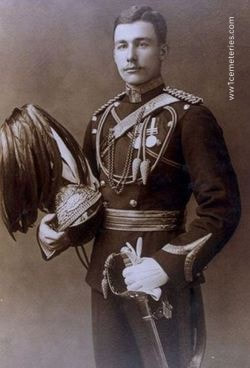 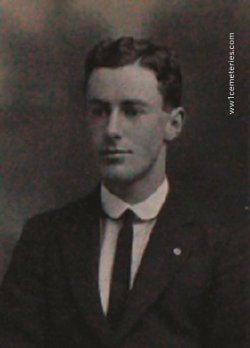 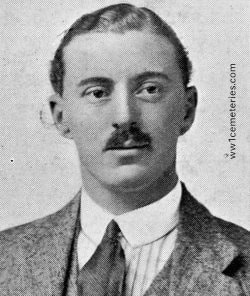 Son of the late Robert Brown Pringle, of Ardmore, Guildford. 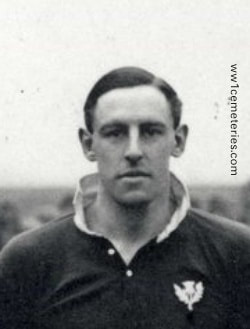 His headstone bears the inscription "I Thank My God Upon Every Remembrance Of You" Philipp. 1. 3.