The village of Haisnes remained in German hands until the final advance in the year 1918, but parts of the commune were gained by British troops in the Battle of Loos.

Ninth Avenue Cemetery was named from a trench which ran across the North end of it. It consists of one large grave.

There are now over 40, 1914-18 war casualties commemorated in this site. Of these, a small number are unidentified.

The cemetery covers an area of 242 square metres and is enclosed by a flint wall. The headstones to the Cameron Highlanders are erected in the form of a square round the cemetery. 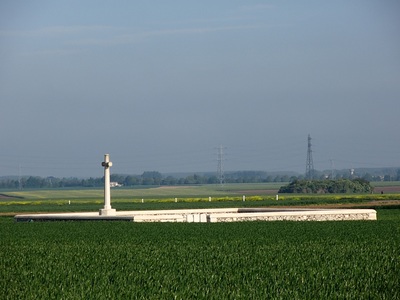 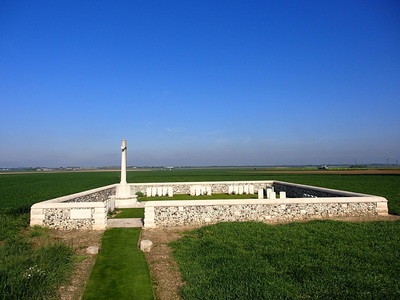 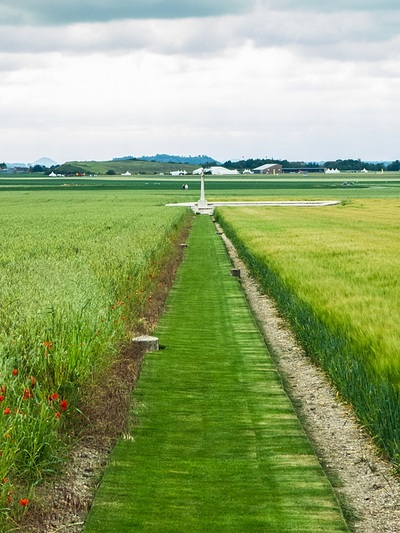 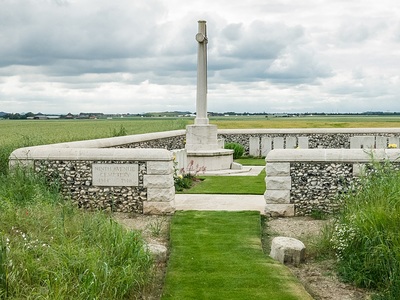 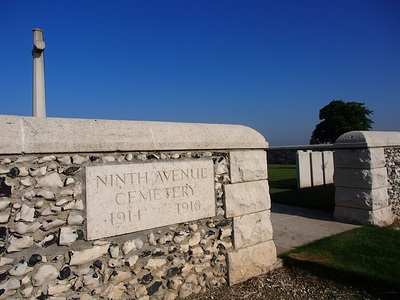 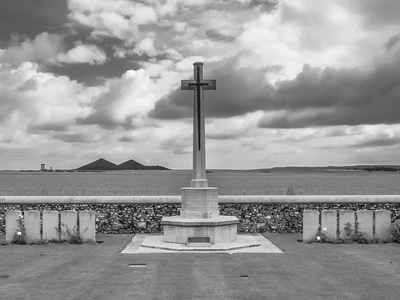 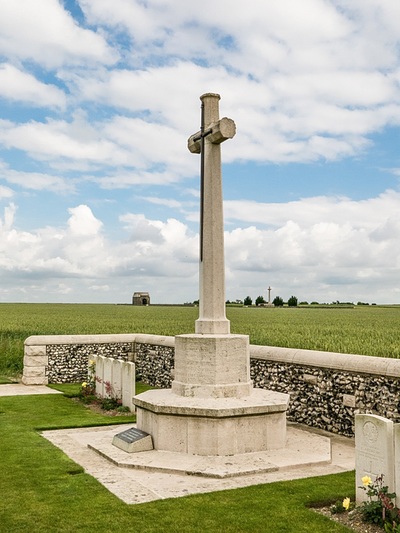 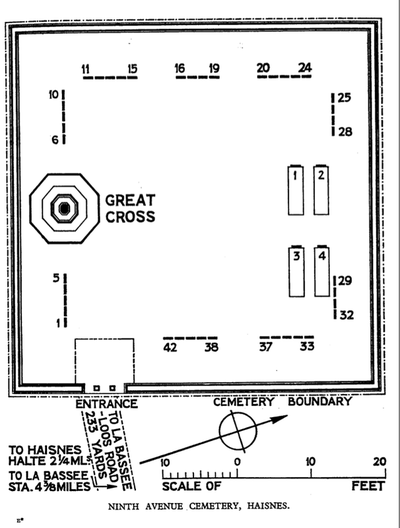 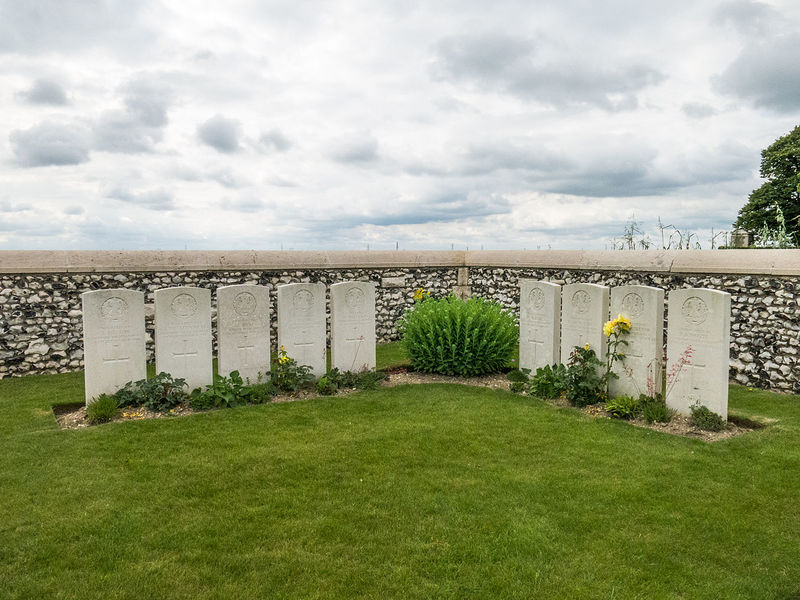 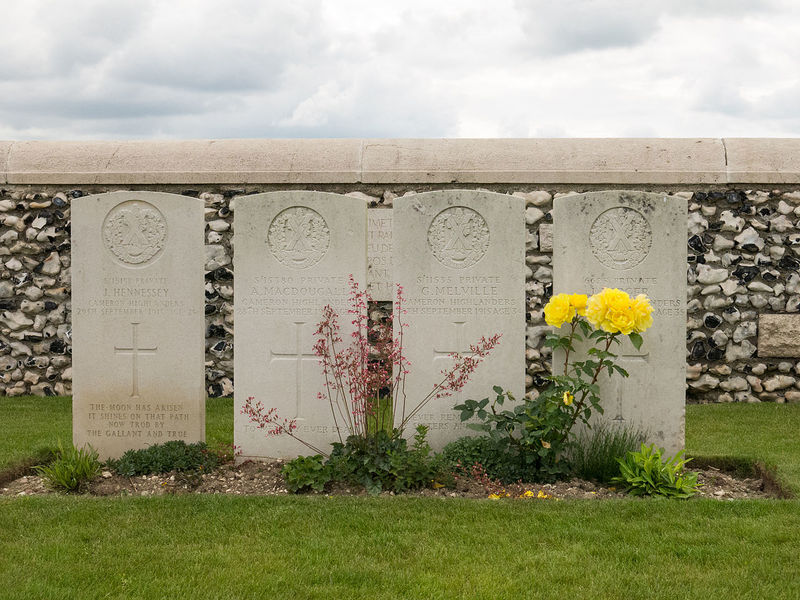 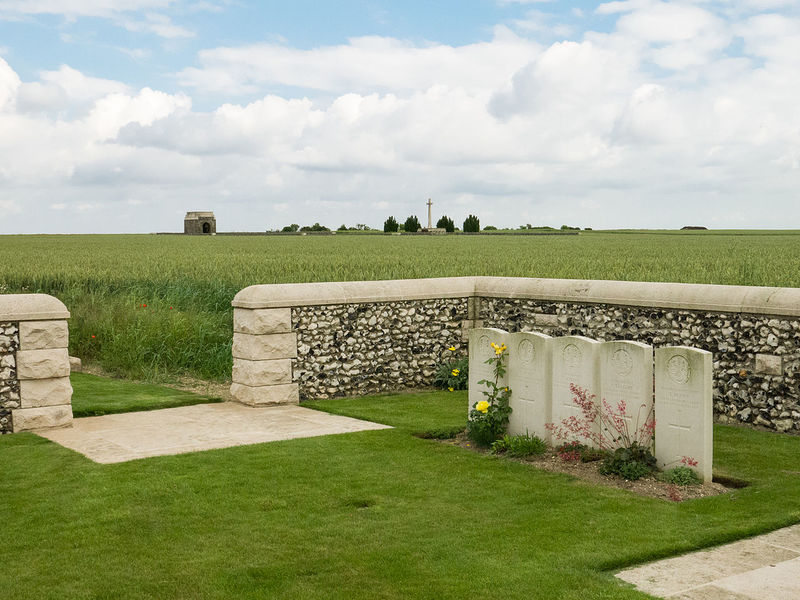 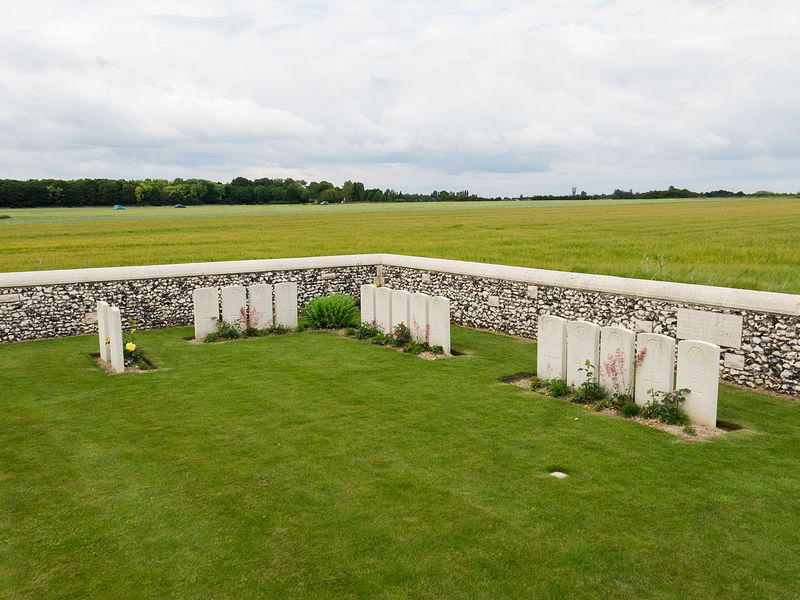 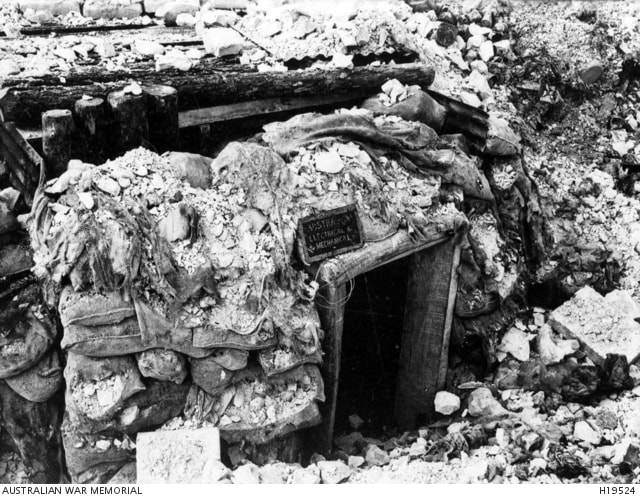 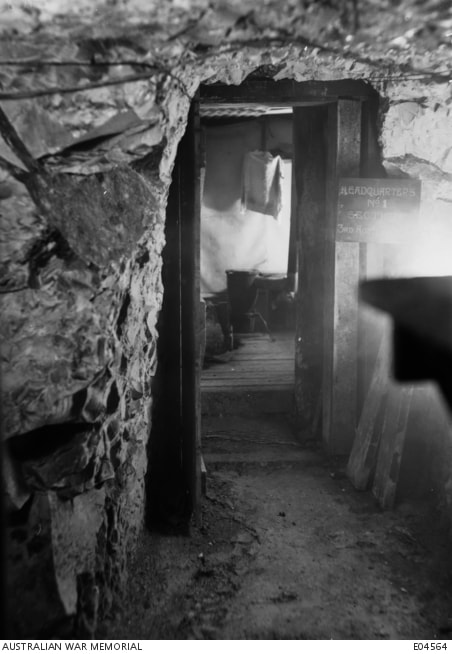 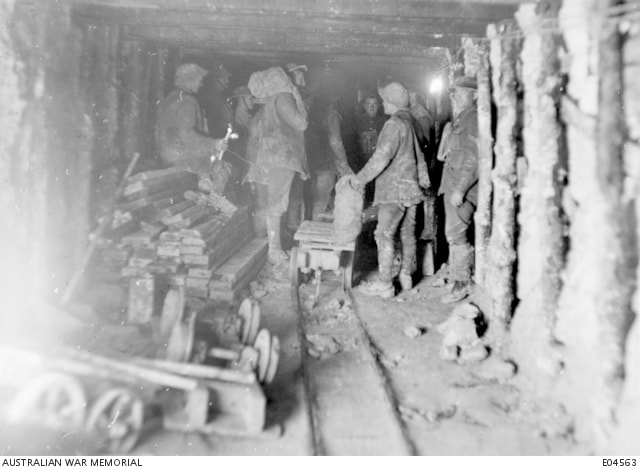 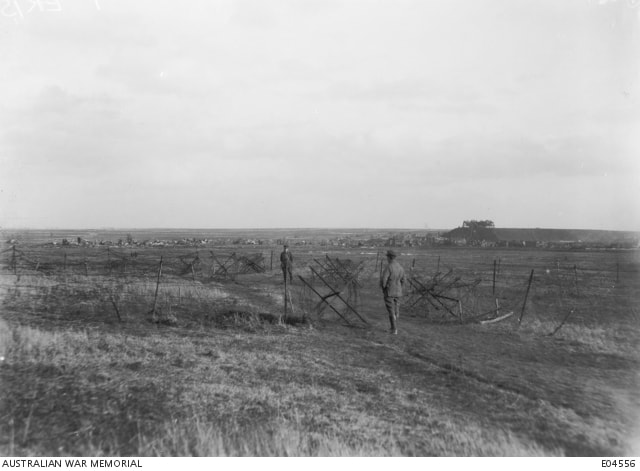 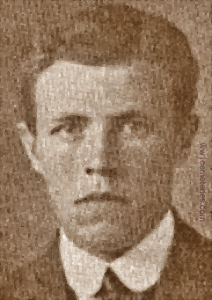 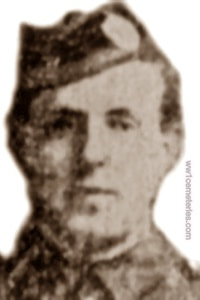 ​His headstone bears the inscription; "His Deeds Will Never Die." 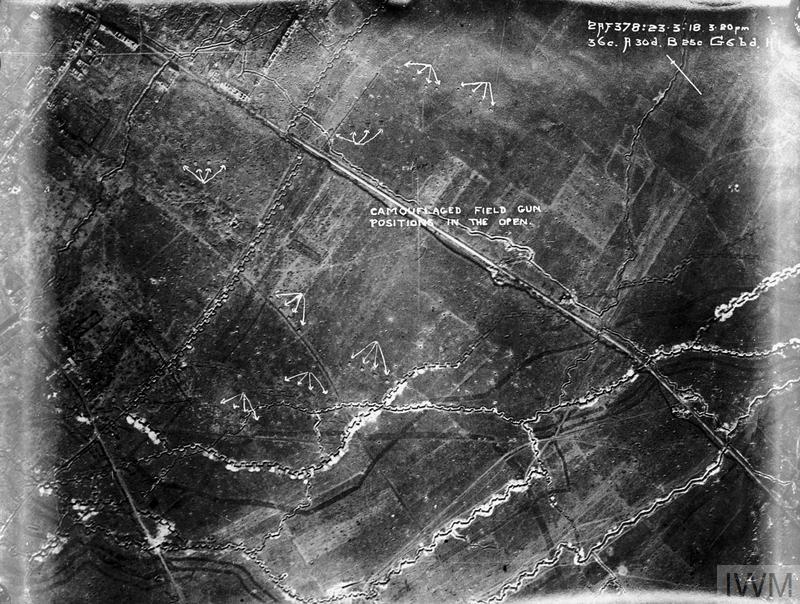 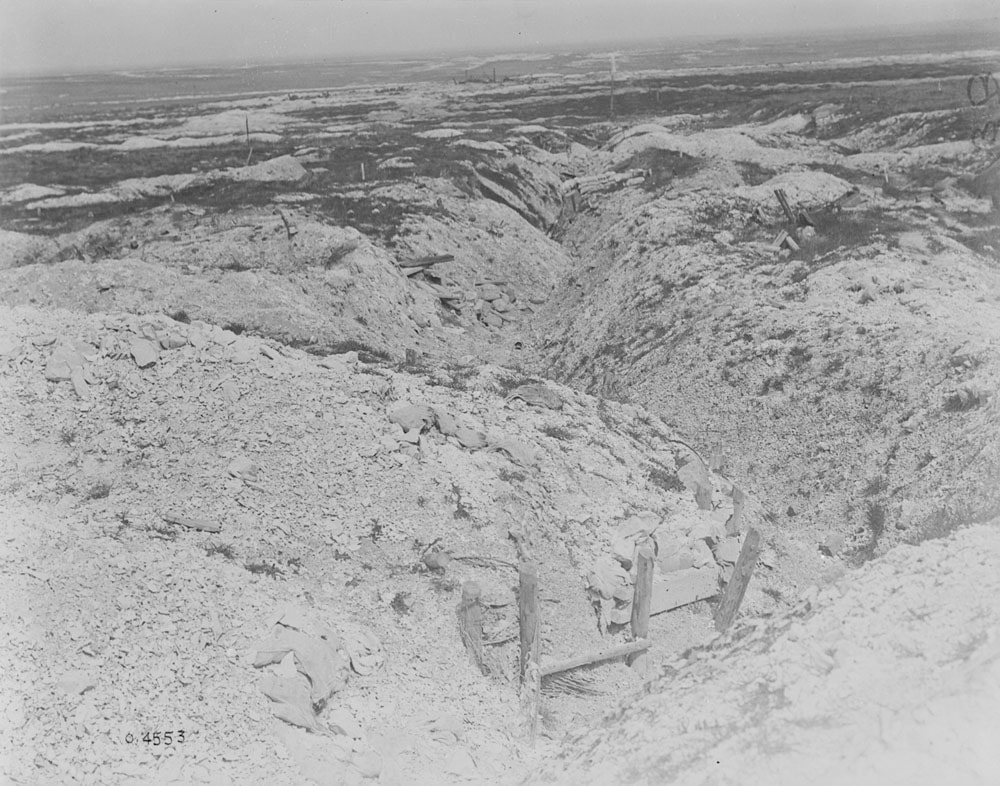 April/May 1919; The Line of Hulluch-Lens road from Hill 70. (Library and Archives Canada) 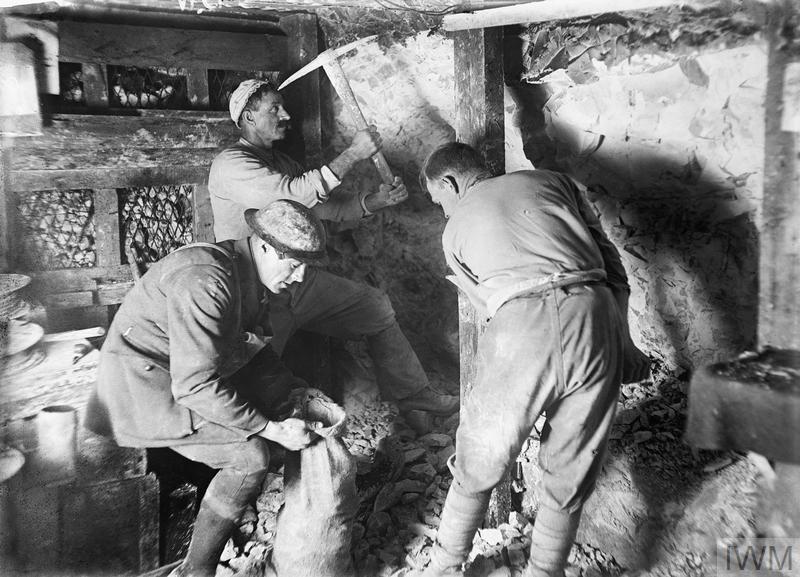 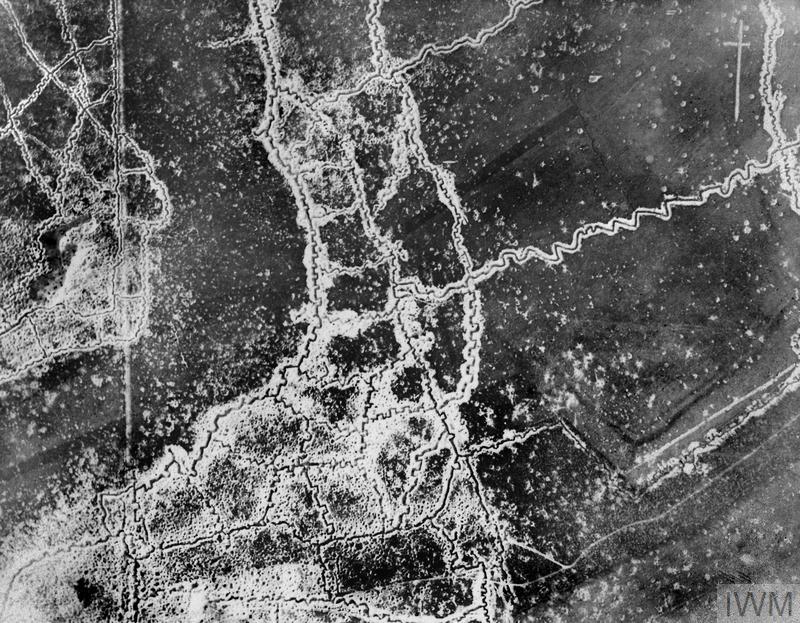