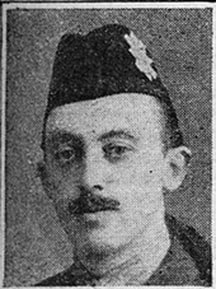 Eldest son of A. C. Anderson and Jessie Haig Anderson, of "The Homestead," Prestwick, Ayrshire. 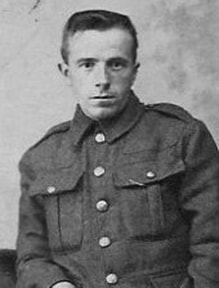 He was remembered with great affection by his son. Remembered still by Janet Ellis and family 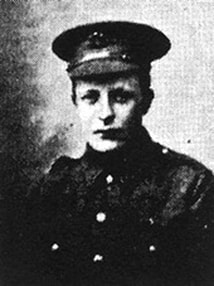 Son of Samuel and A. A. Bunce, of 37, Leyspring Rd., Leytonstone, London. Native of Forest Gate, London. 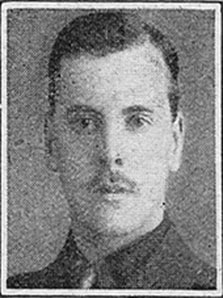 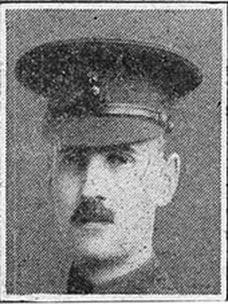 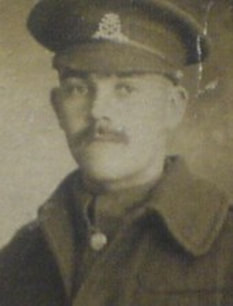 Picture courtesy of granddaughter, June Shuker,  on behalf of her mother, the daughter of William France Dutton and the Dutton family. 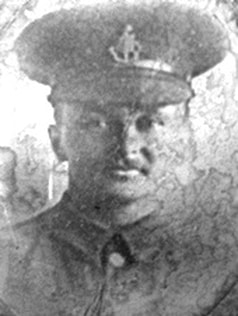 Son of the late Joseph and Elizabeth Elworthy. Native of Claygate, Surrey.

Charles Ernest Elworthy was born (October 9th 1891) in Claygate, a small rural village in Surrey. He was the son of a farm labourer Joseph Elworthy and Elizabeth (nee´ Mutimer). One of six children, both his parents had died by the time he was 15 and he stayed in the village for a while working at the farm of one of his fathers relatives: "Slough Farm" his job was delivering the milk. Two fields north of where he was staying lived a family called Scott, the family were just some of his many, many cousins in the village. He started "walking out" with one of them, Beatrice Alice Scott and eventually she was expecting a baby, sadly her mother would not them them marry because they were second cousins (although the law stated then (1909) that they could legally have done so) her exceedingly strict mother forced her daughter to leave the village and have the baby elsewhere... she also warned all of her other children to have no contact with her! Beatrice went up to London and bore a son Alfred Cecil Scott on Oct 4th 1909. Charles Ernest stayed in the Kingston area working but some time after 1911 he decided to move to Canada and ended up working in agriculture in Ontario, he attended Trinity Anglican Church near Aylmer and from there he came back to England to join up for the war. He joined up in Hammersmith - The Royal Sussex Regiment 2nd Bn. and trained in Woking, Surrey.

His service number was G/5349 and he was sent out to France on the 29th Sept 1915 and sent up to the front with a group of 392 men to join the battalion on October 4th. They were sent to Noeux-les-Mines. Two days later the battalion left Noeux-les-Mines and moved to Mazingarbe (near Loos) where they moved forward into the old German front line trenches. on October 7th. Between then and the 12th they dug towards the enemy, forming new trench systems as near as they could to the German front. They were under sniper fire from the Germans which caused casualties and deaths each day. On the 13th October, 1915 they came under the orders of the G.O.C. 1st Bde. At 1pm the gas and smoke discharge took place and the attack over the top was scheduled for one hour later. The Battalion was ordered to send one company forward as a strong patrol to help the 1st Bde. capture the German front line trenches (Along the line of the road H13-A42 leading into Hulluch) and then a second company would be sent one half hour later to establish themselves in the German trenches immediately west of Hulluch. The remainder of the battalion, minus one company was to closely support this enterprise. A company was sent as strong patrol and C company sent as support, while B company was to support C. The 1st Brigade commenced their assault at 2pm and at 2.19 A company of the Royal Sussex advanced over the open ground. By 2.30 Lieutenant-Colonel E. F. Villiers D.S.O heard that the Camerons' attack had failed so C company was sent forward to try and take the German trenches. The telegraph lines had been cut by shell fire and so orderlies were sent running with messages for B company to advance and support C company. In the end the 1st Bde. did not make any inroads on the German trenches and the remains of the B and C companies were brought back to the support line to await their next orders. At 5.30 the following morning they were sent out again to support the Northamptonshire regiment in another attack, but by the time they had started it was already become light and the action was called off. In the right hand column of the war Diary there is the notation for October 13th: Killed 9, OR Wounded 71, OR Missing 36, The Captains and Lieutenants are all named, as either missing or casualties but somewhere among the 116 "Other Ranks" lost that day was Charles Ernest Elworthy. He had turned 23 four days before he died. Back in Walthamstow (north west London) Beatrice Alice Scott heard from a friend in Claygate that he was missing in action and for a month she searched for him in the military convalescent centres around London until the tragic news of his death came through. Although Beatty had nothing but one faded picture of him as a young man she still had a round faced little boy who one day would start a family of his own....and one day one of the grandchildren would ask "What did Great Granddaddy do in the War? At last now I know....... 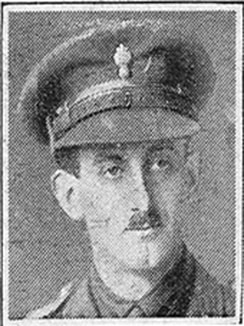 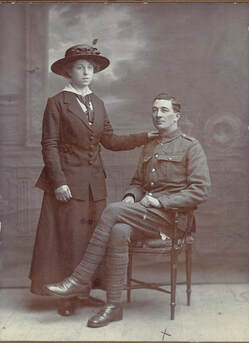 His headstone bears the inscription "We Shall Meet Again, Mother" 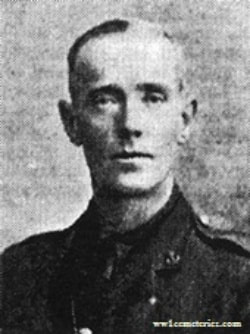