Ploegsteert Churchyard is located 14 Kms south of Ieper town centre, on a the Rijselseweg N365, which connects Ieper to Wijtschate, Mesen (Messines), Ploegsteert and on to Armentieres.

From Ieper town centre the Rijselsestraat runs from the market square, through the Lille Gate (Rijselpoort) and directly over the crossroads with the Ieper ring road. The road name then changes to the Rijselseweg.
On reaching the village of Ploegsteert the church is located on the right hand side of the N365.

Ploegsteert Churchyard contains nine Commonwealth burials of the First World War, made between October 1914 and February 1915. 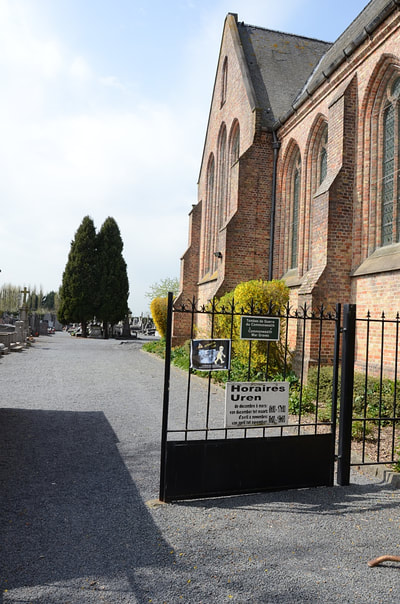 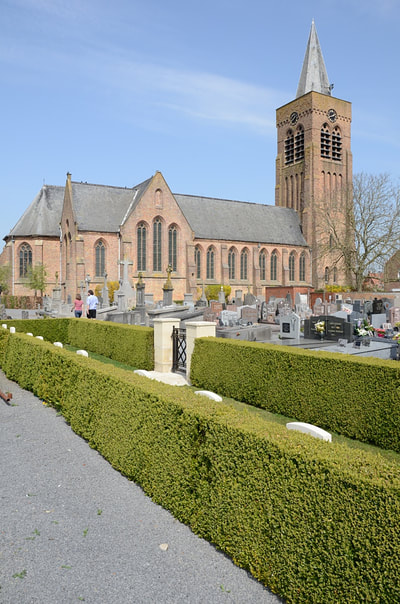 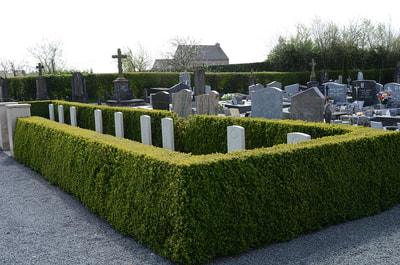 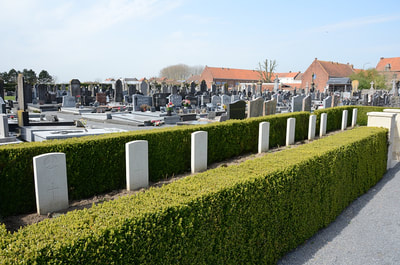 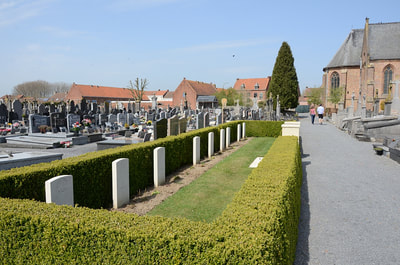 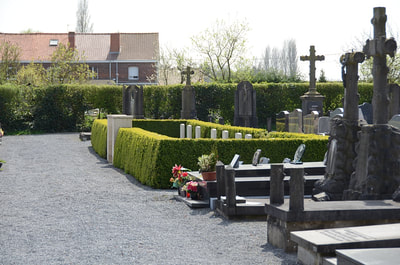 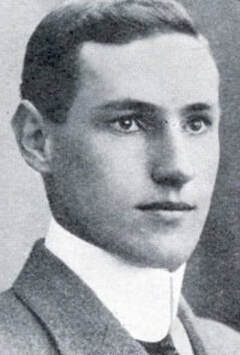 He was one of the first Canadian Officers killed in the Great War. 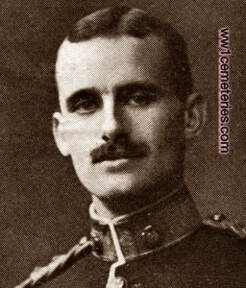 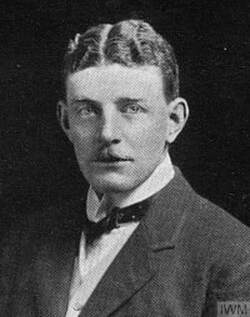 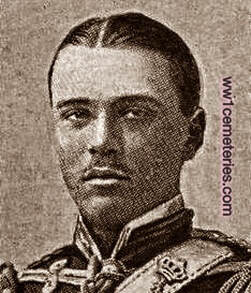 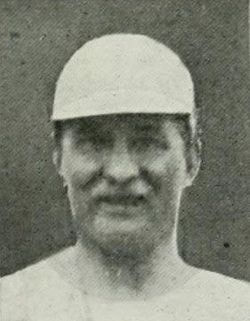 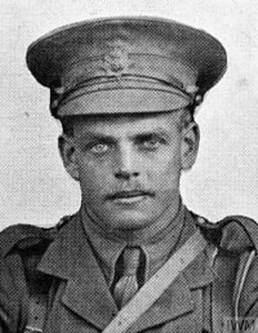 His headstone bears the inscription "Faithful Until Death" 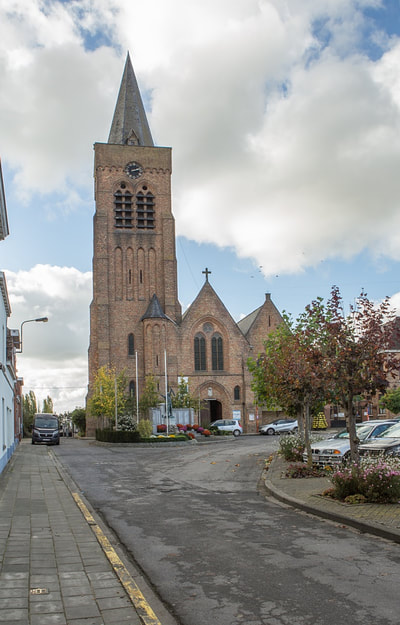 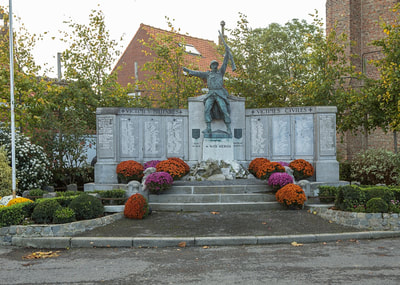 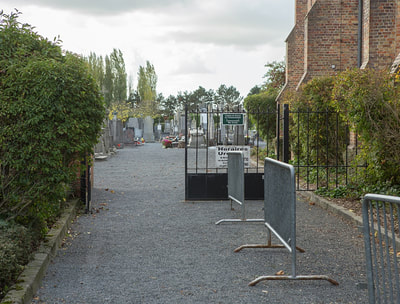 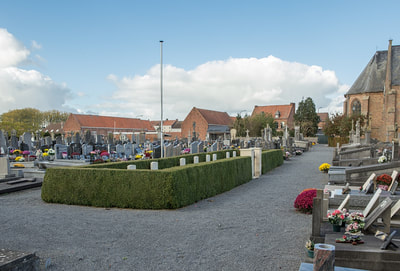 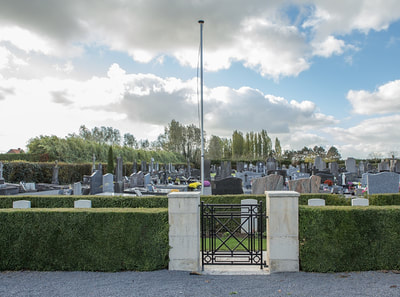 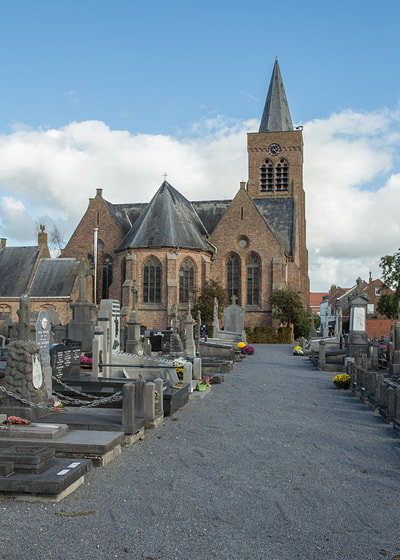 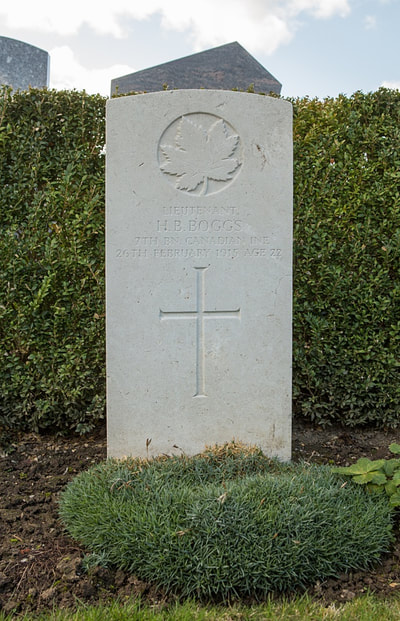 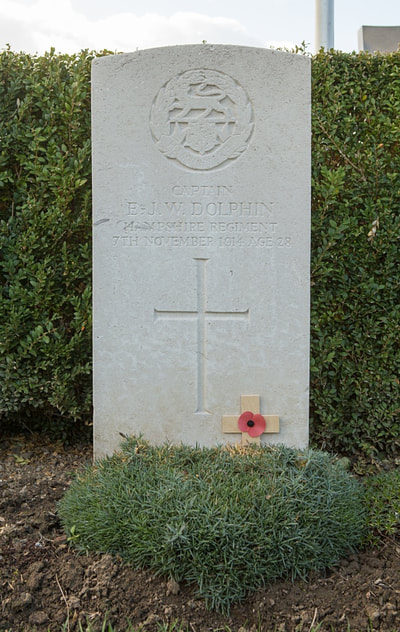 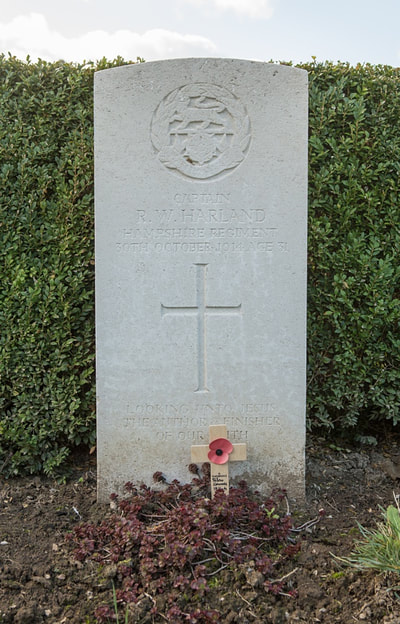 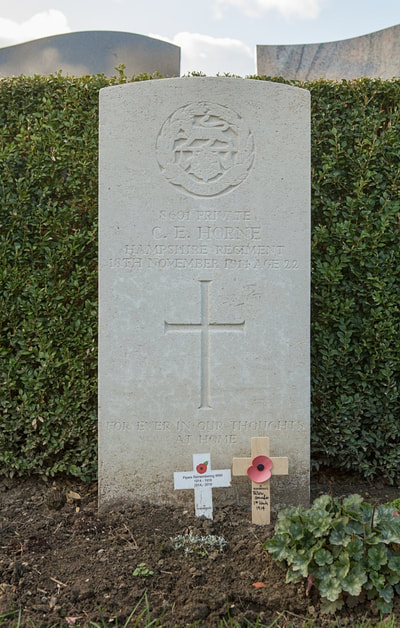 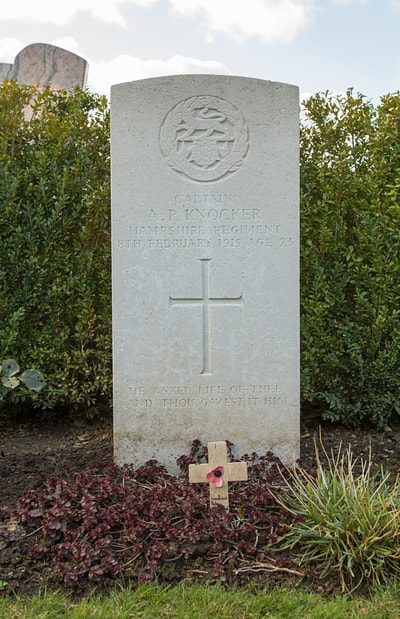 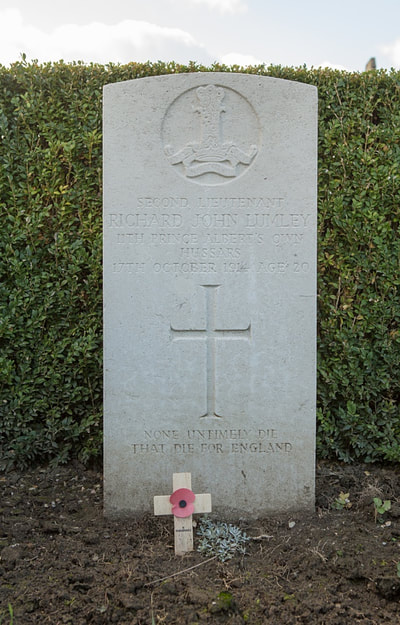 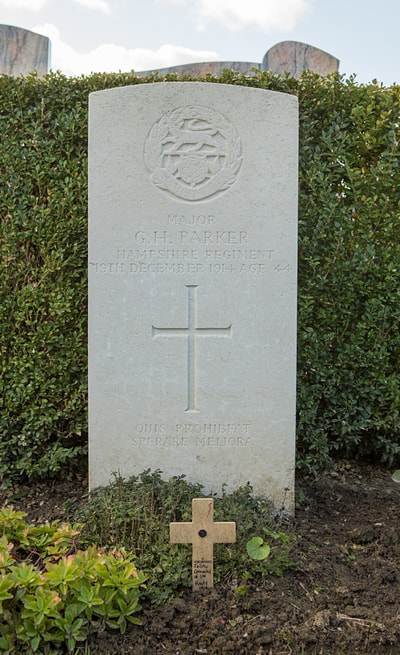 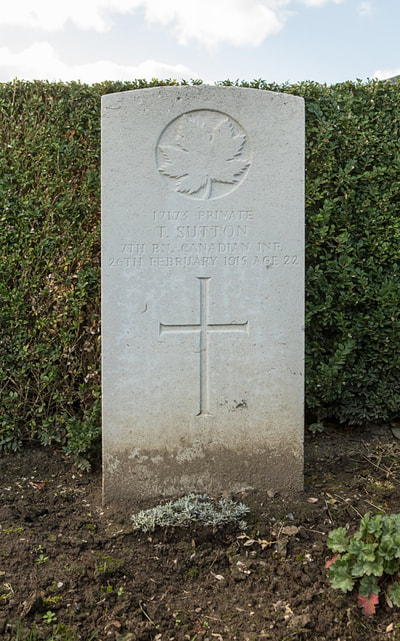 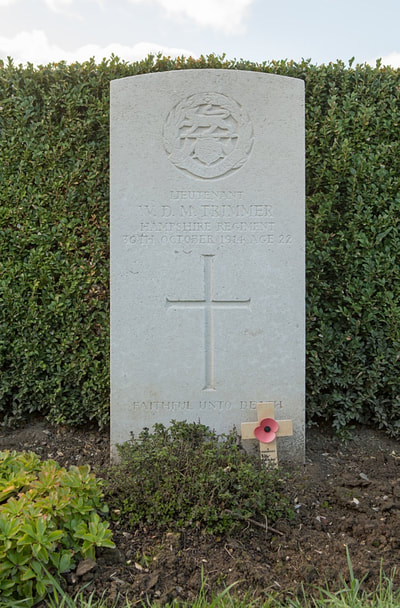