The Anzac and Suvla cemeteries are first signposted from the left hand junction of the Eceabat-Bigali road. From this junction you should travel into the main Anzac area. After 11.4 km's, Quinn's Post cemetery will be found on the left.

Quinn's Post was established on the afternoon of the 25 April by a New Zealand machine-gun crew. In the coming months, the post was held by a number of different Australian and New Zealand units and was the subject of incessant attacks and continual hand-to-hand fighting with the Turkish post opposite, who knew it as 'Bomba Sirt' (Bomb Ridge). The post was named from Major Hugh Quinn of the 15th Battalion, Australian Infantry, who was killed there during a fierce attack on 29 May. Major Quinn is buried in Shrapnel Valley Cemetery.

The original cemetery was made after the Armistice by the concentration of 225 isolated graves, all unidentified, into Rows E to I. Rows A to D were added later. The graves from Pope's Hill Cemetery, and six other graves found later, were brought into a plot, at the north-east end. Pope's Hill Cemetery was at the foot of Pope's Hill, where the track turned up to Quinn's Post. The hill was named from Lt. Col. H. Pope, then commanding the 16th Australian Battalion, which reached it on 25 April.

There are now 473 Commonwealth servicemen of the First World War buried or commemorated in this cemetery. 294 of the burials are unidentified. Special memorials record the names of 64 soldiers, most of them Australian, who were known or believed to have been buried in Quinn's Post Cemetery or Pope's Hill Cemetery. 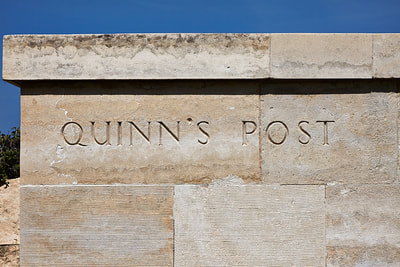 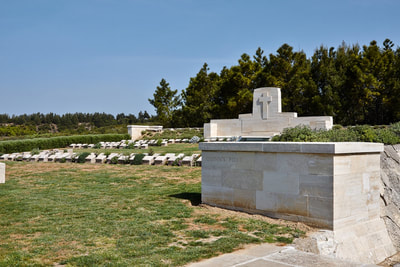 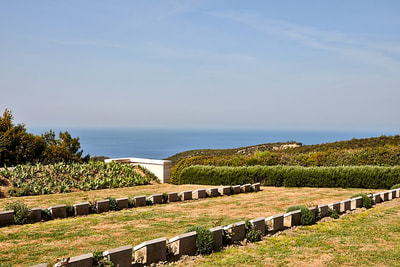 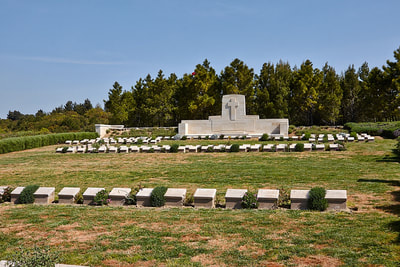 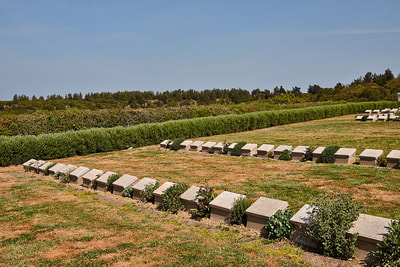 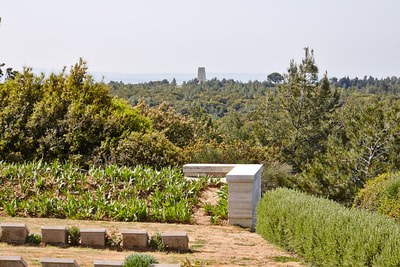 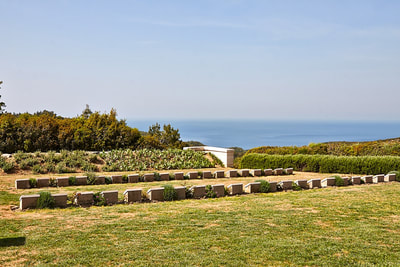 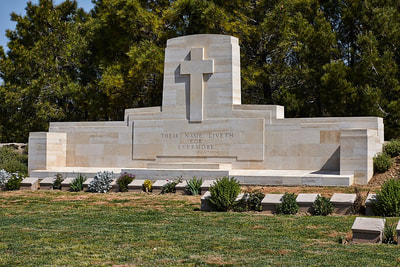 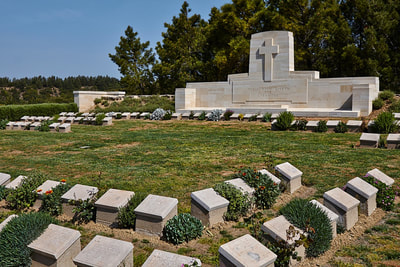 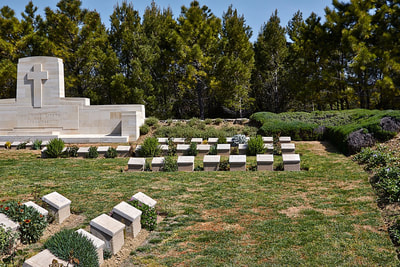 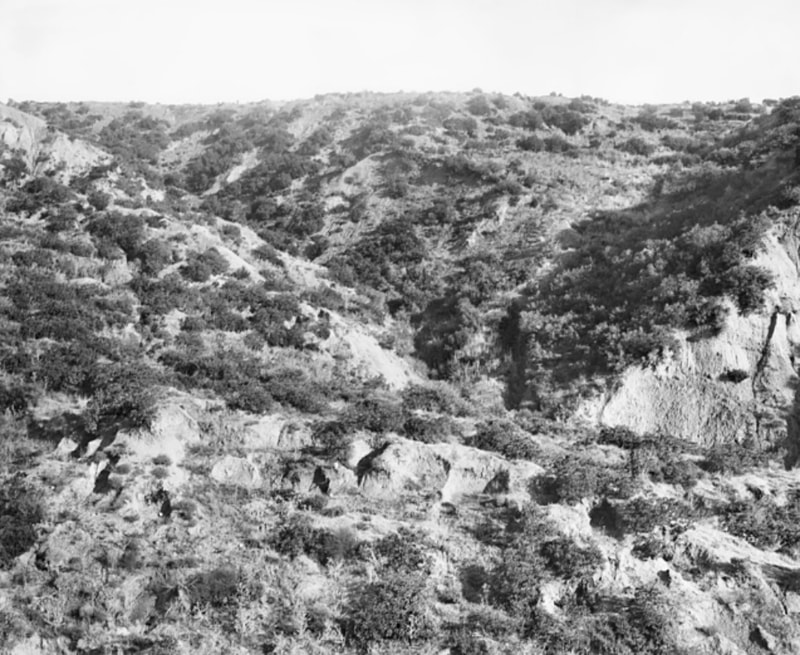 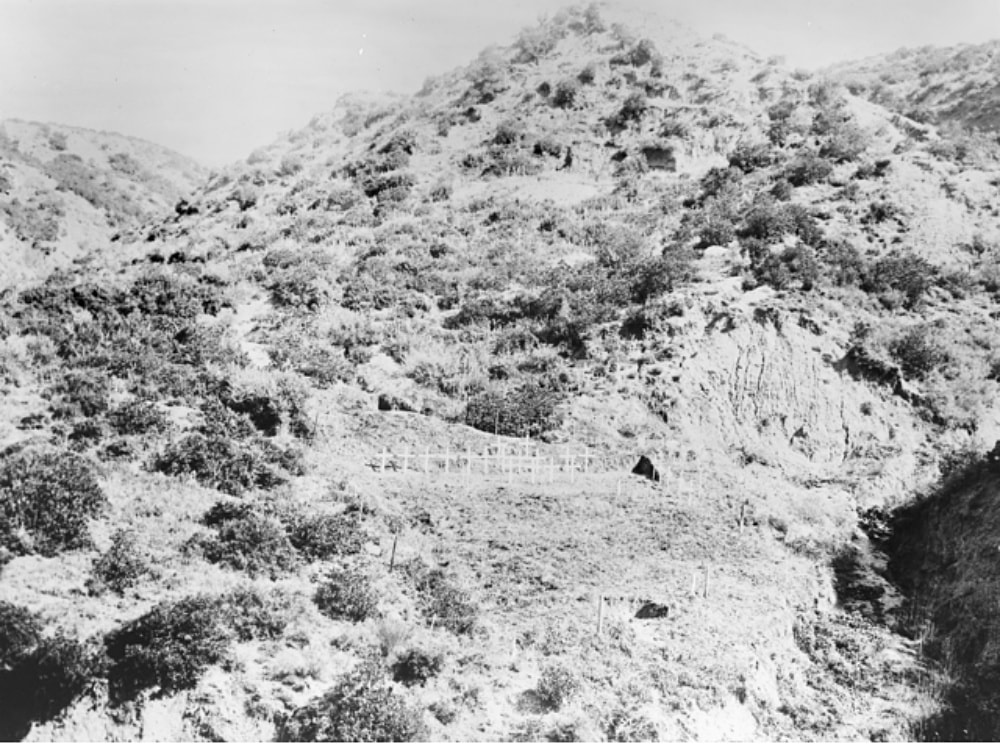 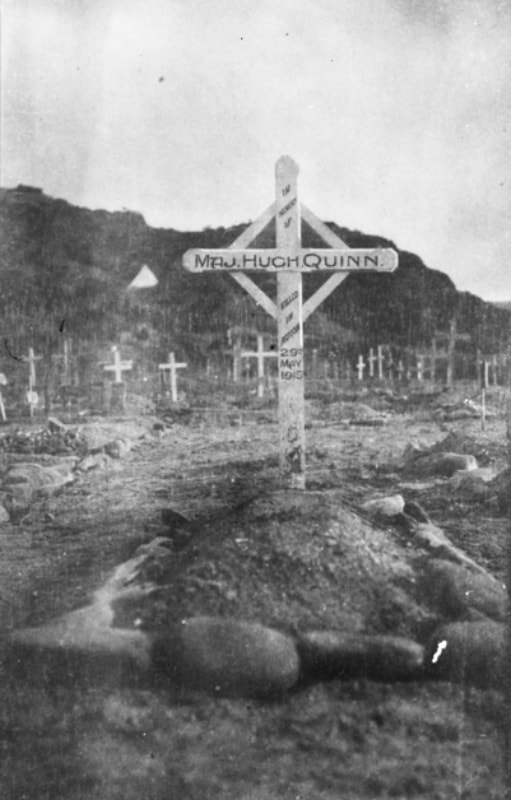 The original grave of Major Hugh Quinn, 15th Battalion from Charters Towers, Queensland. He was a 26 year old public accountant and auditor prior to being appointed a Captain in the 2nd Australian Naval and Military Expeditionary Force in September 1914. The force had been raised to capture the then German New Guinea, however, his participation in this action was short-lived, as a mutiny of the crew of his transport ship Kanowna led to the ship being recalled before he saw any action. After returning to Australia, he was appointed a Captain in the AIF on 28 September 1914 and embarked for overseas with E Company, 15th Battalion from Melbourne on 22 December 1914 aboard HMAT Ceramic. He landed at Gallipoli late in the afternoon of 25 April 1915 and in subsequent weeks served with the battalion in establishing and defending the ANZAC front line. His abilities in these actions saw his promotion to Major on 1 May 1915. Major Quinn was killed in action on 29 May 1915 and the place of his death became known as Quinn's Post in recognition of his service. He is buried in Shrapnel Valley Cemetery, Gallipoli, Turkey. 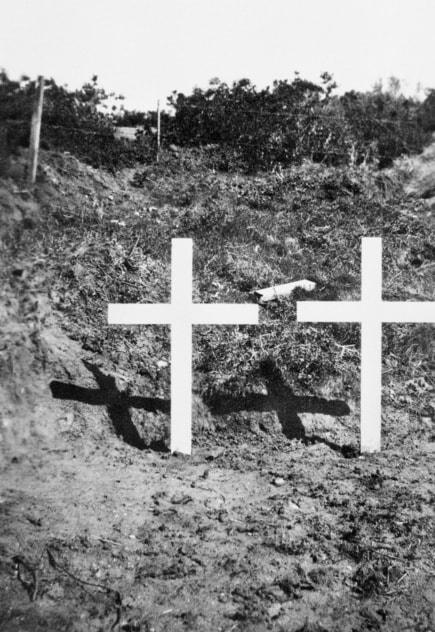 Newly erected white crosses mark the graves of 195 Sergeant (Sgt) Charles William Gibson, 1st Light Horse Regiment, of Manilla, NSW (left) and 110 Lance Corporal (LCpl) David Evans, 1st Australian Light Horse, of Kurri Kurri, NSW (right), at Pope's Hill Cemetery. Sgt Gibson and LCpl Evans were both killed on the Gallipoli Pennisula; LCpl Evans on 14 May 1915 and Sgt Gibson on 7 August 1915 at Pope's Hill. The graves of both men were later moved to Quinn's Post Cemetery in 1923. One of a series of photographs taken on Gallipoli by the Australian War Records Section, 1919.