Roll of Honour A - K 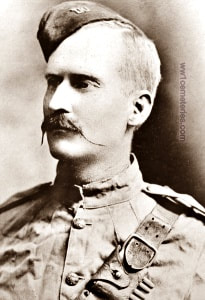 Details of his death were later given by L. Ashton of the same Battalion whilst he was at Etaples;

"I knew Lang, he was in "A" Coy., and his name was Tom. He was in the original battalion and I saw him killed at Armentieres, in June, early. He was buried by a shell in the reserve trench and was dug out dead. I saw his dead body, he was all smashed up but I could recognise him. L/C Smith had his leg broken by the same shell. Quite sure it was Tom Lang. His remains were taken out and buried at the cemetery. He was killed instantly and not buried alive." 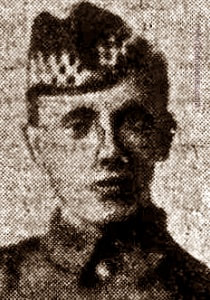 ​His headstone bears the inscription; "In Memory Of Our Dear Son. Inserted By His Parents, Greenock." 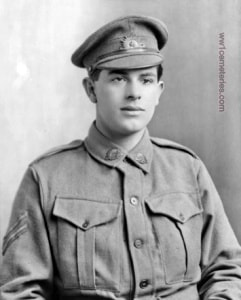 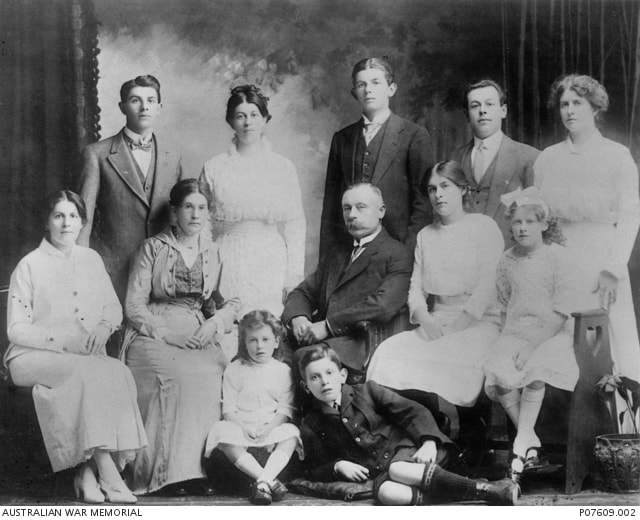 The Maddocks family. Identified back row, far left is John Henry Maddocks. A native of Port Melbourne, Victoria, Maddocks worked as a clerk prior to enlistment. 4828 Private (Pte) Maddocks, 59th Battalion, proceeded with his unit to France in June 1916. Less than a month later, on 19 July 1916, the 59th Battalion took part in its first major battle on the Western Front at Fromelles. Attacking in the first wave, the 59th suffered heavy casualties at the hands of German machine-gunners, and its advance faltered far short of its objective. After the battle Pte Maddocks was reported missing in action, and following a court of enquiry held the following year, he was officially listed as killed in action on 19 July 1916, aged 22. 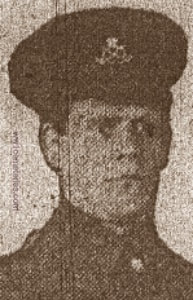 Son of George Frederick and Ann Matthews, of Heidelberg, Victoria, Australia. His brothers Frederick William Hordern Matthews DCM and Henry Hooper Matthews also fell. Frederick is commemorated at the A. I. F. Burial Ground and Henry is buried at Ration Farm along with Arthur. (See next entry)

​His headstone bears the inscription; "A Good And Loving Son; At Rest." 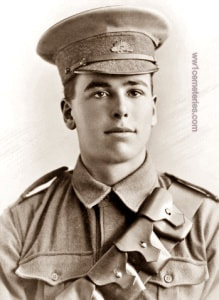 Son of George Frederick and Ann Matthews, of Heidelberg, Victoria, Australia. His brothers Arthur Francis Matthews, and Frederick William Hordern Matthews DCM also fell.
Frederick is commemorated at the A. I. F. Burial Ground and Arthur is buried at Ration Farm along with Henry. (See previous entry)

His headstone bears the inscription; "A Good And Loving Son; At Rest."

10445 Gunner Henry Hooper Matthews, 4th Field Artillery Brigade from Heidelberg, Victoria. A 19 year old university student prior to enlisting on 8 November 1915, he embarked for overseas with the 2nd Reinforcements from Melbourne aboard HMAT Afric (A19) on 5 January 1916. While serving with the 6th Machine Gun Company (MGC), he was killed in action on 4 July 1916 and buried in the Ration Farm Military Cemetery, Armentieres, France. His two brothers both also served in the 6th MGC and were killed. 475 Private Arthur Francis Matthews was also killed in action on 4 July 1916 and Second Lieutenant Frederick William Horden Matthews DCM, was killed in action on 9 November 1916. 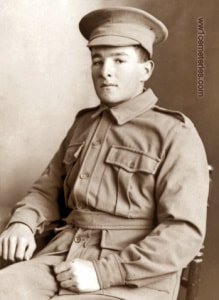 Alfred John McEwan, 8th Reinforcements, 8th Battalion, of North Gippsland, Vic. Pte McEwan enlisted on 19 May 1915 and embarked from Melbourne aboard SS Makarini on 15 September 1915. He was killed in action at Fromelles in France on 19 July 1916 while serving with the 60th Battalion. 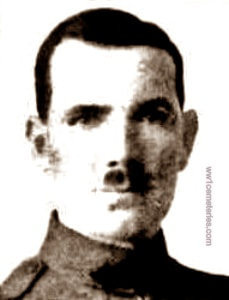 His headstone bears the inscription; "Ever Remembered By His Loving Wife & Children." 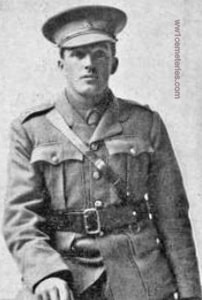 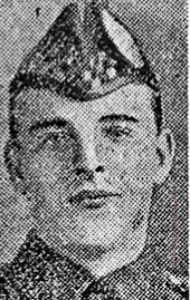 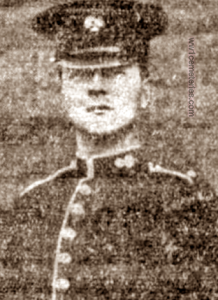 Son of William and Harriet Packer, of The Police Station, Cinderford, Gloucestershire. 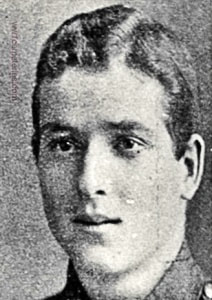 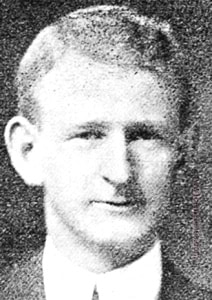 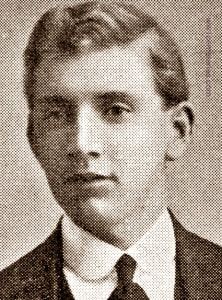 William Hugh Robertson, 1st (later 53rd) Battalion of Wollongong, NSW. A grocer prior to enlisting, he embarked from Sydney aboard HMAT Argyllshire (A8) on 3 September 1915. He was killed in action at Fromelles, France on 19 July 1916, aged 22. 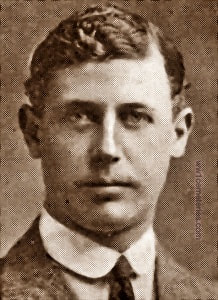 His headstone bears the inscription; "Son of Gen. Hugh A. Scott, R.A." 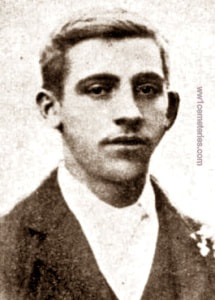 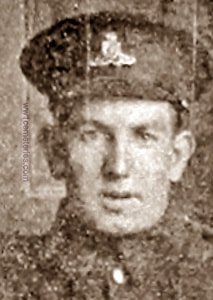 His headstone bears the inscription; "Sleep In Jesus." 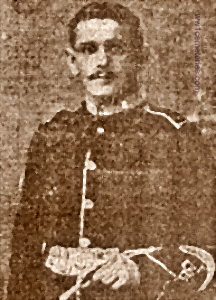 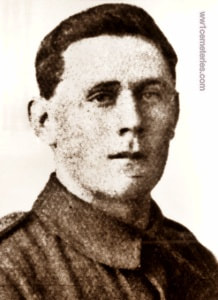 His headstone bears the inscription; "In Memory Of The Dearly Loved Son Of Mr. & Mrs. T. J. Stranger."

Arthur Thomas Stranger, originally 28th Battalion. A railway engineer apprentice of Leederville, Western Australia, prior to enlistment, he was promoted to Corporal (Cpl) in March 1915 before embarking from Fremantle on 29 June 1915 for Egypt. His battalion was sent to Gallipoli in September 1915 where he was promoted to the rank of Temporary Sergeant before the unit was withdrawn to Egypt in January 1916 and then reverted to his substantive rank of Corporal. He was transferred to the Pioneer Battalion for a period of three weeks in March and was transferred to the 32nd Battalion in early April. His new battalion relocated to the Western Front, France, during June 1916. Cpl Stranger was killed in action on 20 July 1916 near Fromelles, France. He was aged 21 years. His father, 872 Sergeant (Sgt) Thomas James Stranger, enlisted as an engine driver in the 5th Australian Railway Company on 19 December 1916 after putting his age as 44 years. He served briefly in France before being evacuated to England on medical grounds where he died of illness on 10 April 1918. He was aged 54 years and is commemorated in Brookwood Military Cemetery. 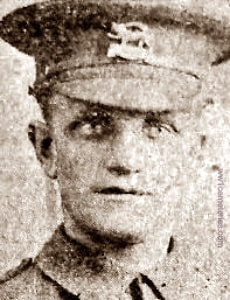 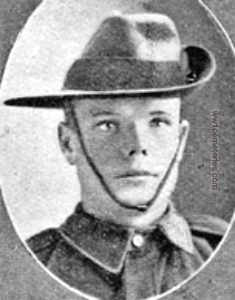