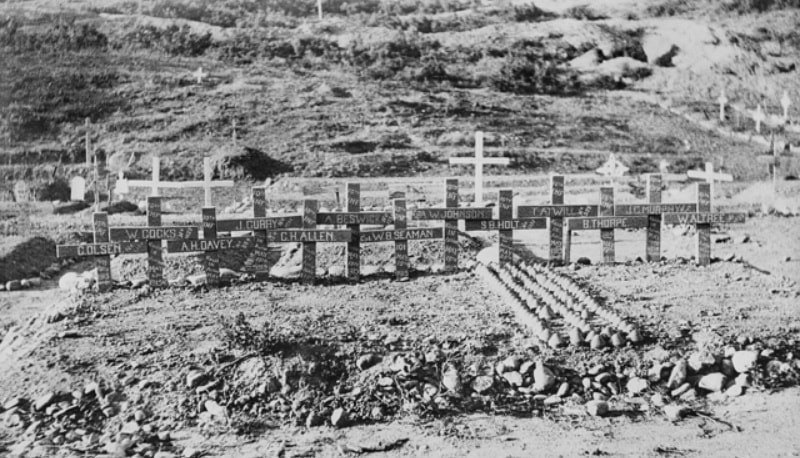 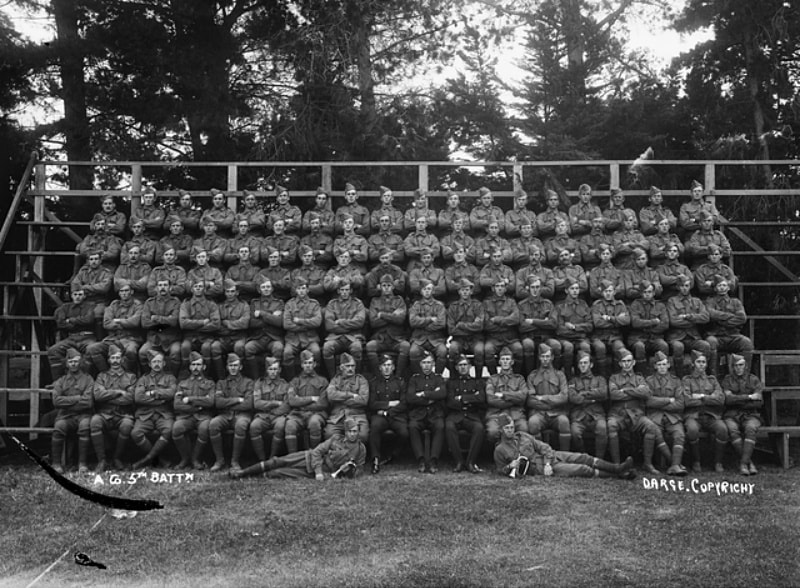 Outdoor group portrait of members of A Company, 5th Battalion. Identified, eighth from left, front row, is 25 Company Sergeant Major (CSM) William Neilson of St Kilda, Vic (originally of Muirkirk, Scotland). Later promoted to Regimental Sergeant Major (RSM) he was killed in action, aged 50, on 19 May 1915 at the Gallipoli peninsula. He had previously served nine years with the Scottish Borderers in India and in the Boer War with the Marquis of Tullibardine's Scottish Horse. 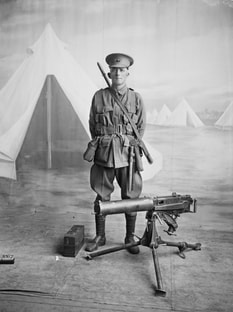 Studio portrait of 65 Private (Pte) George Albert Newbound, 22nd Battalion, of Burnley, Vic. Pte Newbound enlisted on 9 February 1915 and embarked aboard HMAT Ulysses on 8 May 1915. On 1 October 1915 Pte Newbound died of injuries at Shrapnel Gully on the Gallipoli Peninsula. After an inquiry into his death, the Board found that he died as a result of self inflicted wounds and a verdict of suicide was recorded. His brother, 7558 Pte Ernest Newbound, 24th Battalion, enlisted on 2 July 1917 and was killed in action on 19 May 1918 in France. He is buried in Ribemont Communal Cemetery Extension on the Somme. 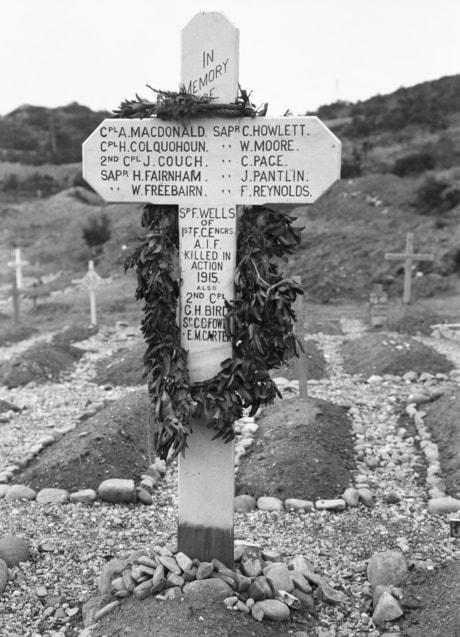 A memorial cross to Non Commissioned Officers and men of the 1st Field Company Australian Engineers, killed or wounded in action on the Gallipoli Peninsula, erected in the cemetery in which some of the men were buried by their comrades. The names listed on the cross are: 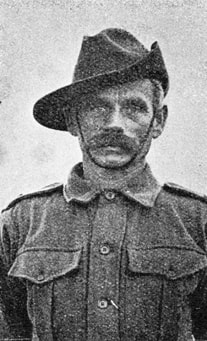 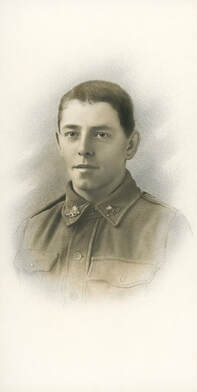 Hand coloured studio portrait of 393 Private (Pte) Phillip Marich Passmore of Stanmore, NSW. An engineer before enlisting in the AIF in May 1915, Pte Passmore served four years in the militia with the 19th Infantry (South Sydney Regiment), a year with the 1st Light Horse at Parramatta, and was one of the original 19th Battalion members to land at Gallipoli on 21 August 1915. He was killed in action on Pope's Hill on 16 November 1915, age 20. 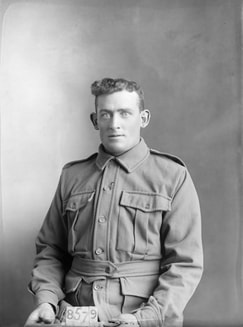 
Studio portrait of Leonard Peterson. A labourer from Middle Brighton VIC, Peterson enlisted as 722 Private (Pte) Peter Palmer on 29 January 1915. Pte Palmer embarked aboard HMAT Ulysses with 21 Battalion on 8 May 1915. On 25 November 1915 he was killed in action at Shrapnel Valley, Gallipoli Peninsula. He was 25 years old. 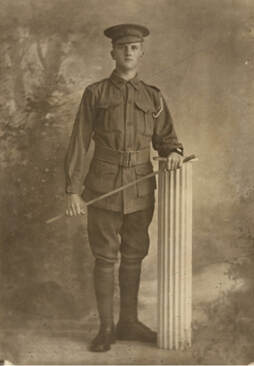 Inscription "He Dares To Fight In Heaven's Sight, Who Wages Battle For The Right"

Studio portrait of 1048 Private (Pte) Sydney Leonard Petterson, 13th Battalion, of Balmain, NSW. Pte Petterson enlisted on 14 November 1914, sailing for service overseas on HMAT A38 Ulysses in December that year. He took part in the landing at Gallipoli and was killed in action on 29 May 1915. 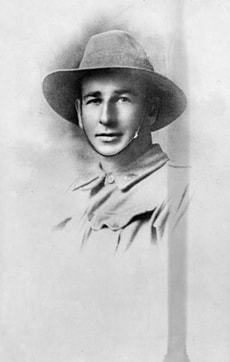 Inscription "He Gave His Life For King & Country"

Son of William and I. M. Pickup, of Maungaturoto, New Zealand.

Studio portrait of 727 Private (Pte) William John Pickup, 1st Battalion. A native of Wanganui, NZ, Pte Pickup was a carpenter from Darlinghurst, NSW prior to enlistment and embarked with F Company from Sydney on HMAT Afric on 18 October 1914. On 19 May 1915 he was killed in action at Gallipoli and was buried in the Shrapnel Valley Cemetery 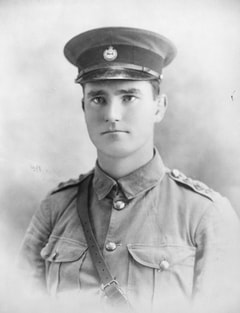 Inscription "Some Time, Some Day I Trust To See The Dear Pace I Hold To Memory"

Studio portrait of Captain Hugh Quinn, Australian Naval and Military Expeditionary Force (AN&MEF) from Charters Towers, Queensland. He is wearing the uniform of the AN&MEF with the cap and cap badge from the Queensland militia Kennedy Regiment. He was a 26 year old public accountant and auditor prior to being appointed a Captain in the 2nd AN&MEF in September 1914. The force had been raised to capture the then German New Guinea, however, his participation in this action was short-lived, as a mutiny of the crew of his transport ship Kanowna led to the ship being recalled before he saw any action. After returning to Australia, he was appointed a Captain in the AIF on 28 September 1914 and embarked for overseas with E Company, 15th Battalion from Melbourne on 22 December 1914 aboard HMAT Ceramic. He landed at Gallipoli late in the afternoon of 25 April 1915 and in subsequent weeks served with the battalion in establishing and defending the ANZAC front line. His abilities in these actions saw his promotion to Major on 1 May 1915. Major Quinn was killed in action on 29 May 1915 and the place of his death became known as Quinn's Post in recognition of his service. He is buried in Shrapnel Valley Cemetery, Gallipoli, Turkey. 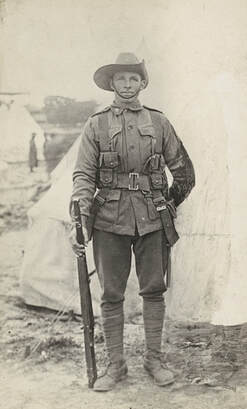 Inscription "Our Hero For God, King And Country"

Son of Claude A. and Matilda Ronald, of Koetong Rd., Tallangatta, Victoria, Australia.

Outdoor portrait of 605 Private (Pte) William Alfred Ronald, 1st Battalion from Tallangatta, Victoria. A 26 year old station hand prior to enlisting on 14 September 1914, he embarked for overseas with E Company from Sydney on 18 October 1914 aboard HMAT Afric. The 1st Battalion took part in the ANZAC landing on 25 April 1915 as part of the second and third waves. Pte Ronald was killed in action on 19 May 1915 and is buried in Shrapnel Valley Cemetery, Gallipoli, Turkey. 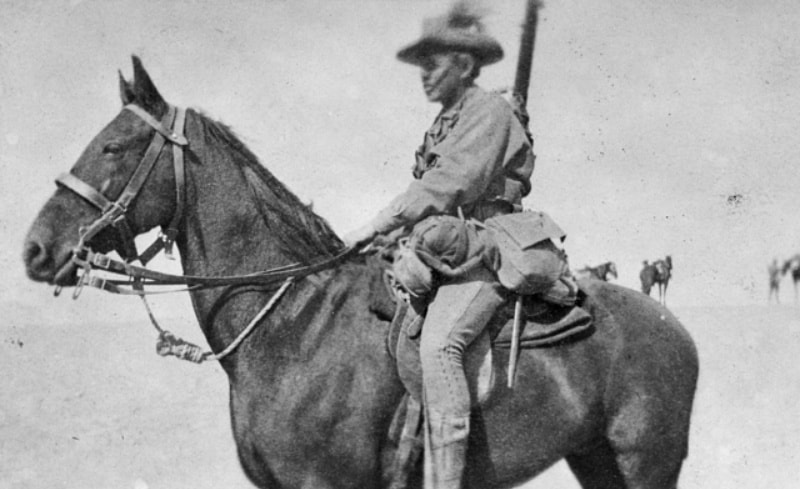 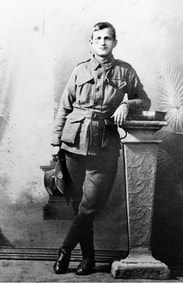 Studio portrait of 107 Sapper (Spr) John Ernest Slattery who was born at Wellington, NSW, the son of Cornelius and Emily Slattery. The family moved from Wellington to the Peak Hill District, NSW, sometime prior to the start of the First World War and Slattery was educated at the Convent School at Peak Hill and later at Bodangara. He worked as a labourer before his enlisted at Peak Hill on 19 August 1914. As a member of the 1st Field Engineers, Slattery served at Gallipoli Peninsula where he was slightly wounded by shrapnel in May 1915. On 7 August 1915, Slattery received a serious gunshot wound to the abdomen and was evacuated to the Dunluce Castle for treatment. He died of his wounds the following day, 8 August 1915, aboard the ship and was later buried in the Shrapnel Valley Cemetery, Anzac on Gallipoli Peninsula. 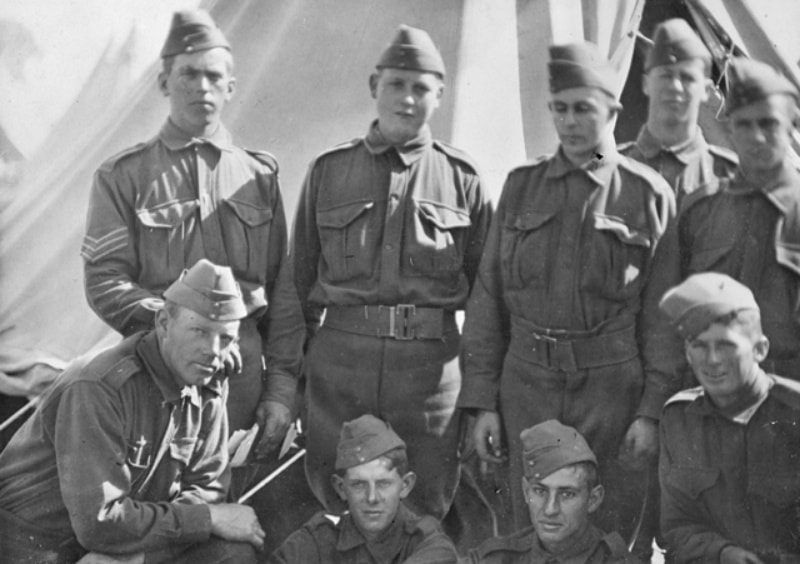 Informal group portrait of nine members of the 10th Battalion, all of whom enlisted in 1914, and embarked from Adelaide, SA, on 20 October 1914 aboard HMAT Ascanius and served at Gallipoli. All of these men, except Private (Pte) Guy Fisher and Pte Eric Meldrum were students at St Peters Anglican College in Adelaide, and five of them died during the First World War.

Identified, left to right, back row: Sergeant (later Lieutenant) John Rutherford Gordon, invalided to Australia with slight enteric fever, after which he joined the Australian Flying Corps and served as a rear gunner/observer with the 62 Squadron. He was awarded a Military Cross for his courage and returned to Australia (RTA) 6 May 1919; 40 Pte Francis Herbert 'Bertie' Stokes, killed in action on 27 April 1915 at Gallipoli after saving many lives on the day of the landing by rescuing those who fell into the water on the beach and carrying them to the relative safety of the cliff face; 33 Pte Guy Fisher, discharged on 2 January 1916; 41 Pte Eric Douglas Meldrum, returned to Australia on 21 December 1917; 638 Lance Corporal (LCpl) Philip de Quetterville Robin, killed in action at Gallipoli, on 28 April 1915. Front row: 47 Pte Thomas Anderson Whyte, died of wounds at Gallipoli on 25 April 1915; 31 Pte (later Lieutenant) Arthur Seaforth Blackburn, awarded the Victoria Cross on 9 September 1916 for his actions on the night of 23 July 1916; 38 Pte (later Lieutenant) Wilfrid Oswald Jose, transferred to the 50th Battalion, and was killed in action at Noreuil, France on 3 April 1917; 286 Pte Malcolm St Aiden Teesdale Smith, killed in action on 27 April 1915 at Gallipoli, while rescuing fellow soldiers who were wounded. 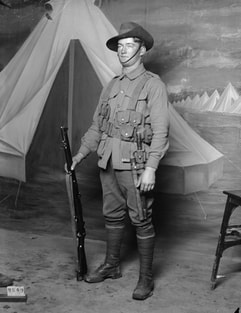 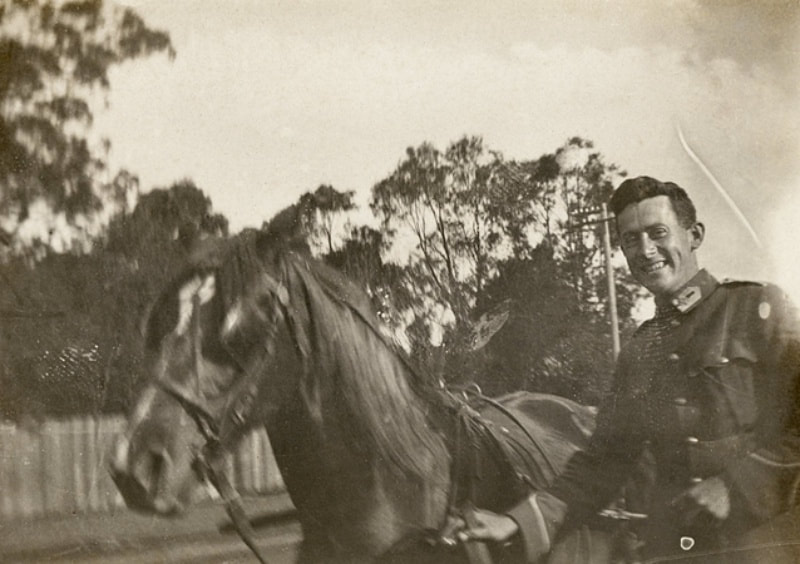 Informal outdoor portrait of William John Sullivan with his horse during his pre-war service with the 11th Light Horse militia unit. 335 Trooper (Tpr) William Sullivan enlisted in the 1st Light Horse Regiment under the alias of William John Monaghan. He was killed in action at Gallipoli on 29 June 1915, aged 25. 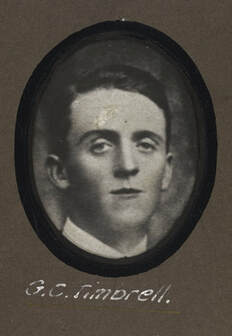 Studio portrait of 225 Sergeant (Sgt) Gordon Timbrell, 3rd Light Horse Regiment who was a 23 year old shipping manager from North Adelaide, South Australia, when he enlisted on 19 August 1914. He had been born in Glasgow, Scotland, and his mother resided in London at the time of his enlistment. Sgt Timbrell embarked for overseas from Adelaide on 22 October 1914 aboard HMAT Port Lincoln. The 3rd Light Horse deployed to Gallipoli without its horses, landing there on 12 May 1915 and playing a defensive role throughout the campaign. Sgt Timbrell was killed in action in Monash Valley on 1 July 1915 and is buried in Shrapnel Valley Cemetery, Gallipoli. One of 131 photographs displayed on an honour board showing members of the Adelaide Rowing Club who enlisted for active service in the First World War. The original is held by the Adelaide Rowing Club who kindly loaned the board to the Australian War Memorial for copying. 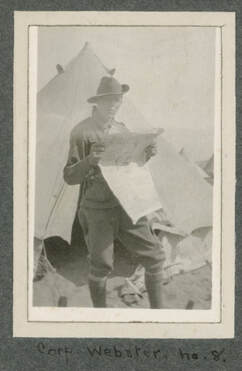 Outdoor portrait of 835 Lance Corporal Arthur Edwin Webster, 8th Battalion from Camberwell, Victoria holding a newspaper outside a tent in the camp. A 24 year old piano builder prior to enlisting in the AIF on 17 August 1914, he embarked for overseas as a Private with G Company from Melbourne on 19 October 1914 aboard HMAT Benalla (A24). After a stopover in Albany, Western Australia, they arrived in Egypt on 2 December 1914. Following further training in Egypt, the battalion took part in the Gallipoli landings on 25 April as part of the second wave. After being promoted to Corporal (Cpl) on 28 April, he was wounded in action and evacuated on 9 May for medical treatment in Malta. Two months later, he rejoined his battalion at Gallipoli only to be killed in action on 31 July 1915. Cpl Webster is buried in Shrapnel Valley Cemetery, Gallipoli, Turkey This image is from the collection of brothers Lt Alan Crawford Couve and 2nd Lt Henry Thomas Ladson Couve from Dandenong, Victoria. They photographed members of their unit in Egypt prior to serving at Gallipoli where they both died. 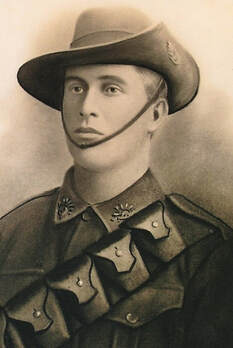 Son of William Thomas and Sabina Webster, of Bothwell, Tasmania.

Studio portrait of 662 Trooper (Tpr) Tasman Laurence Webster, 3rd Light Horse Regiment, of Bothwell, Tas. A railway porter prior to enlisting in September 1914, Tpr Webster embarked from Newcastle with the 1st Reinforcements on board HMAT Thirty Six (A36) on 21 December 1914. He was killed in action at Monash Valley, Gallipoli, on 31 May 1915. Tpr Webster was 24 years of age. 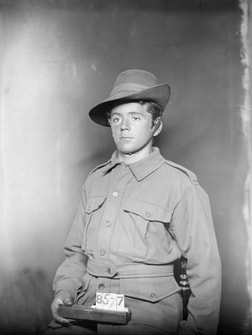 Son of Elizabeth and the late Edward Alonzo Webster. Native of South Australia.

Studio portrait of 1196 Private (Pte) Walter James Webster, 22nd Battalion, of Mildura, Vic. Pte Webster enlisted on 14 April 1915 and embarked aboard HMAT Ulysses on 8 May 1915. He was killed in action on 27 November 1915 at Shrapnel Valley, Gallipoli Peninsula, Turkey. 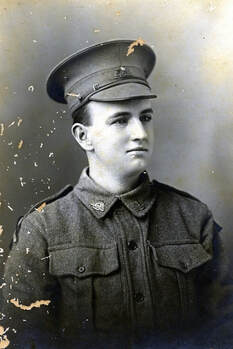 Studio portrait of 1435 Private (Pte) Eric Anderson Whiting, 1st Battalion. A labourer prior to enlisting on 10 November 1914, Pte Whiting embarked for overseas service aboard HMAT Seang Bee (A48) on 11 February 1915. He was killed in action at Gallipoli on 27 July 1915, aged 20 years. 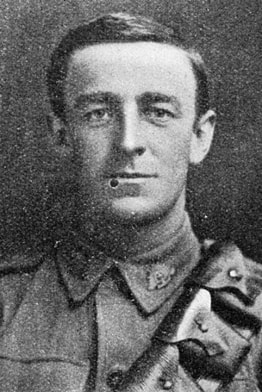 Son of Edwin and Anna Williams.

Studio portrait of 342 Gunner Frederick Arthur Williams, 3rd Battery 1st Field Artillery Brigade of Granville, NSW. Gnr Williams was a railway employee prior to enlisting. He was wounded in action at Gallipoli, Turkey on 4 December 1915 and died later that day, aged 25. He is buried in the Shrapnel Valley Cemetery, Gallipoli, Turkey. 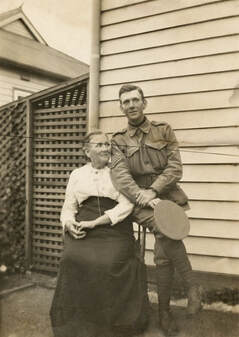 Inscription " His Last Message "Underneath Are The Everlasting Arms"

Informal outdoor portrait of 116 Sergeant (Sgt) David Murray Williamson, 13th Battalion, with his mother. A 20 year old clerk from Sydney, New South Wales, Sgt Williamson embarked from Melbourne, aboard HMAT Ulysses (A38) on 22 December 1914. He was killed in action on Gallipoli Peninsula, 3 May 1915. 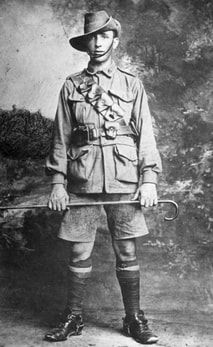 Studio portrait of 1030 Private (Pte) Thomas Wood, 17th Battalion, of Helensburgh North, NSW. A miner prior to enlistment, Pte Wood embarked with C Company from Sydney on HMAT Themistocles on 12 May 1915. On 21 September 1915 he was killed in action at Gallipoli, aged 23. Pte Wood's brothers-in-law were also killed in action, 774 Pte Albert Greenfield on 16 December 1916 in France, and 3325 Pte Stephen Greenfield on 22 July 1916 at Pozieres, France. Albert is buried in Cité Bonjean Military Cemetery and Stephen is commemorated on the Villers-Bretonneux Memorial.

Some of the Original Grave Markers 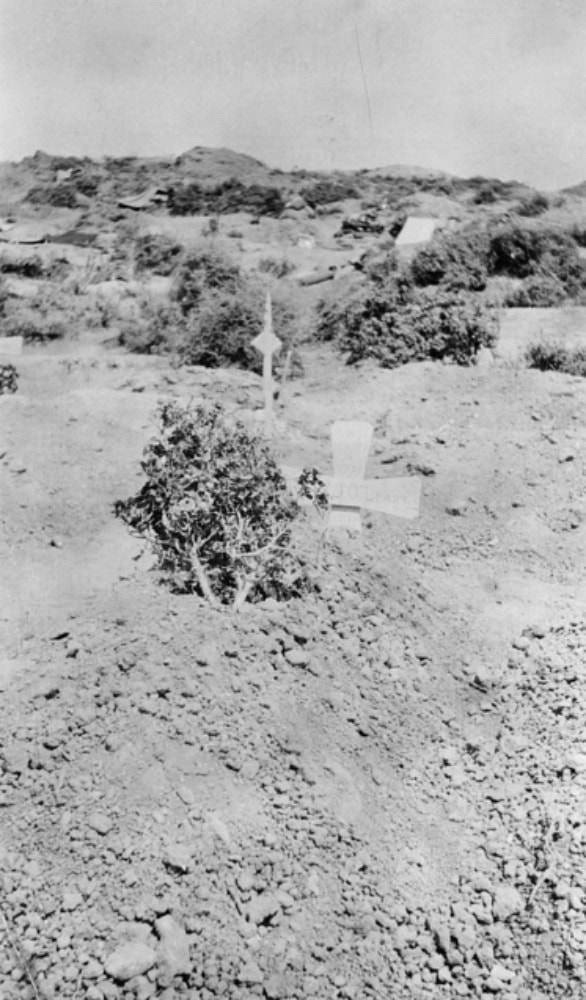 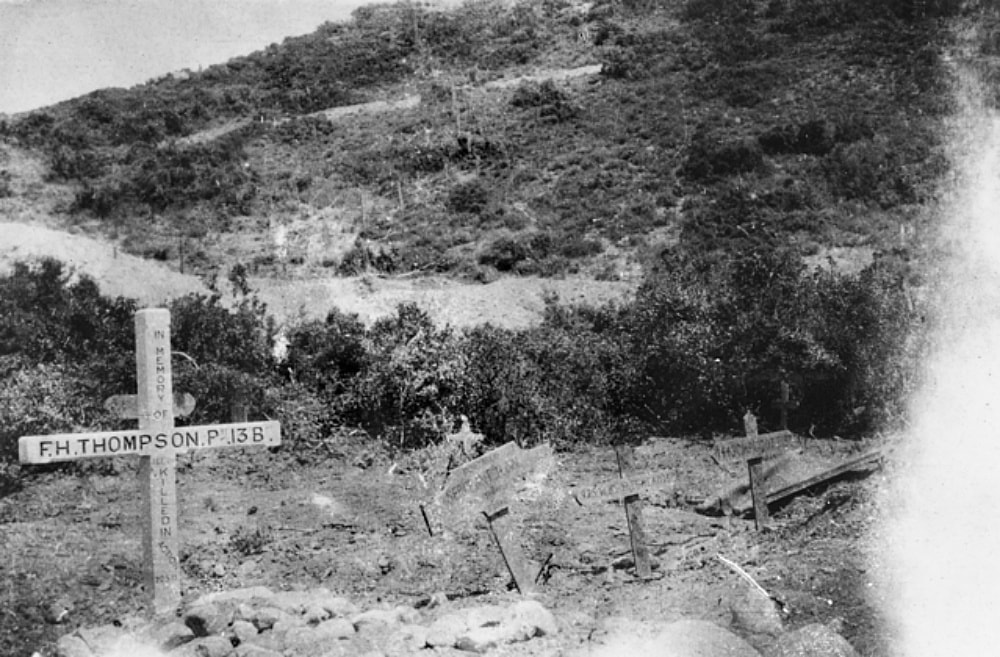 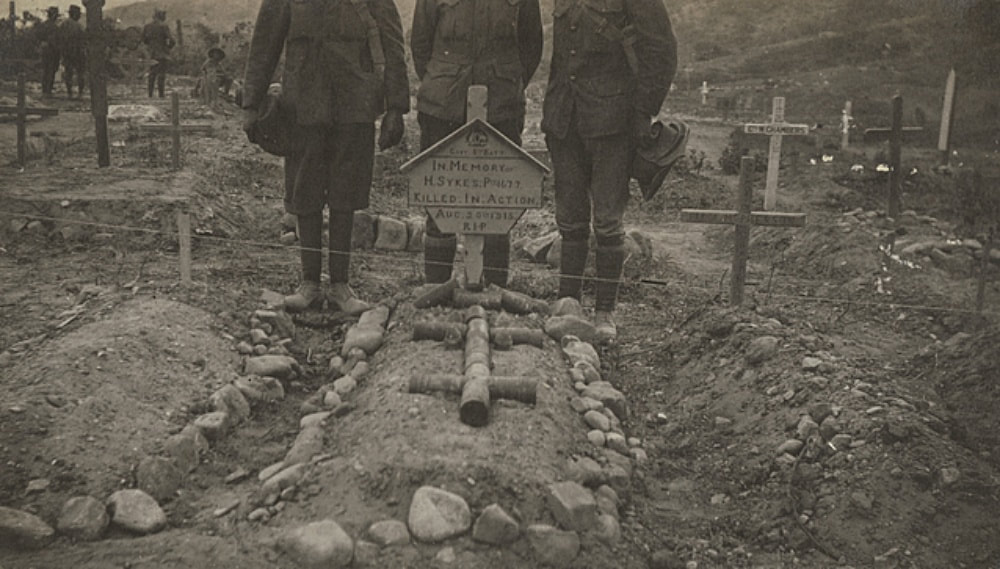 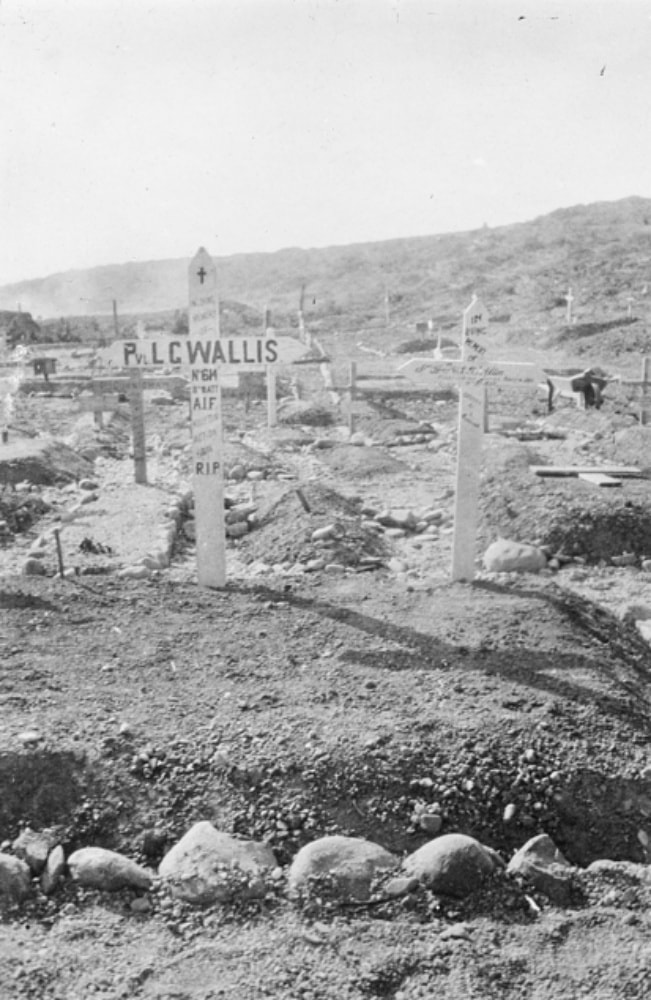 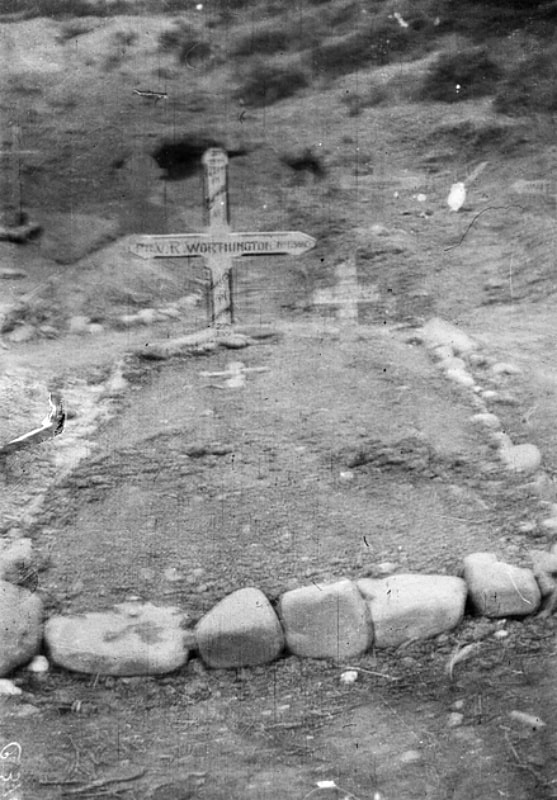