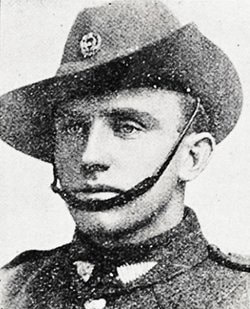 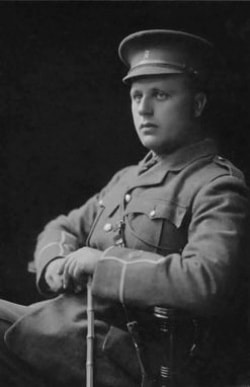 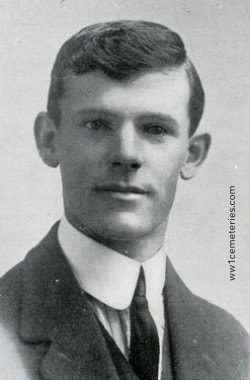 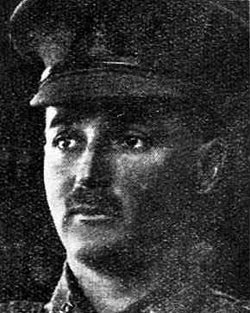 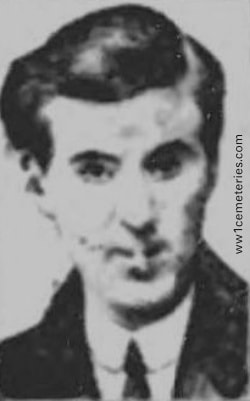 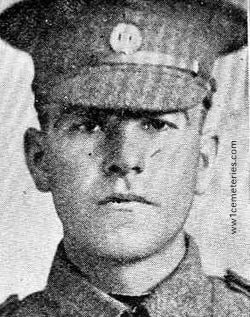 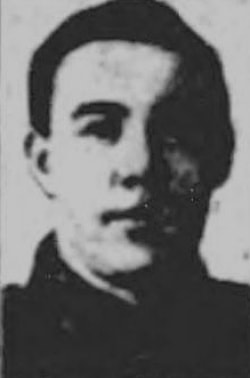 His headstone bears the inscription "In Memory Of The Dearly Loved Son Of Mr. & Mrs. Currie Of Yinnar"

Studio portrait of 4764 Private (Pte) Wesley Wentworth Currie, 59th Battalion from Yinnar, Victoria. A 20 year old farm hand prior to enlisting on 30 October 1915, he embarked for overseas with the 15th Reinforcements of the 8th Battalion from Melbourne on 7 March 1916 aboard HMAT Wiltshire. On arrival in Egypt, he underwent further training and transferred to the 60th Battalion. After arriving in France, he transferred to the 59th Battalion and was employed as a stretcher bearer. He was wounded in action near Flers, France and died of his wounds on 31 October 1916. 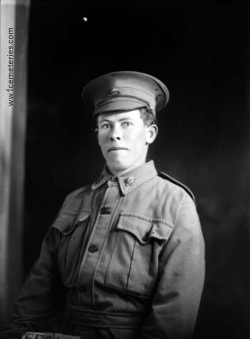 Studio portrait of 2621 Private (Pte) William Arthur Dowley. A labourer from Mildura, Victoria prior to enlistment, Pte Dowley embarked with the 6th Reinforcements, 23rd Battalion from Melbourne on HMAT Ulysses on 27 October 1915. Later suffering from shell shock he was evacuated to a casualty clearing station. Following his recovery he rejoined his battalion and was killed on 7th November 1916. 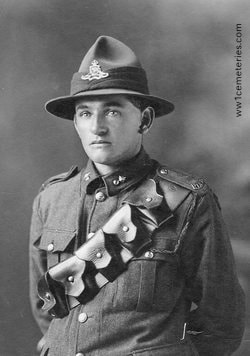 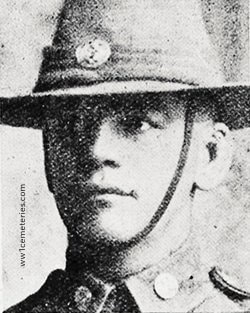 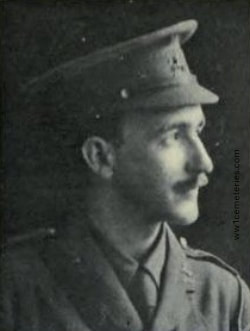 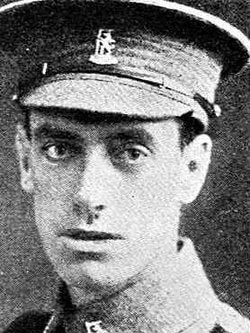 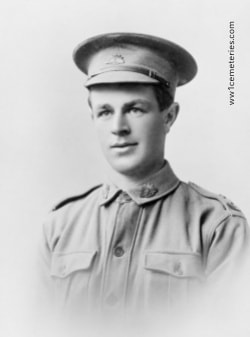 His headstone bears the inscription "In Memory Of The Dear Son Of A. E. &. F. Headley Of Launceston"

Studio portrait of 3147 Private (Pte) Alfred St Clair Headley, 12th Battalion from Launceston, Tasmania. A 22 year old painter prior to enlisting on 2 August 1915, he embarked for overseas with the 10th Reinforcements from Melbourne aboard HMAT Port Lincoln (A17) on 16 October 1915. After arriving in Egypt, he transferred to the 52nd Battalion, was promoted to Lance Corporal and went to France in June 1916. He was wounded in action on 3 September 1916 at Mouquet Farm, Pozieres and evacuated to England for medical treatment. After returning to the 52nd Battalion in January 1917, he was later killed in action at Pozières on 2 March 1917. 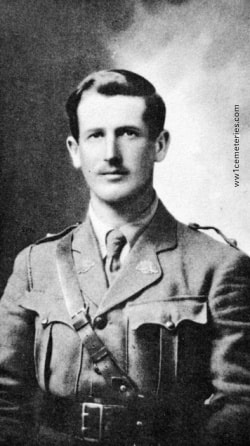 His headstone bears the inscription "Duty, Honor, Glory A Noble Ending To A Fragrant & Beautiful Life"

Studio portrait of Lieutenant Ernest Randal Holmes, 1st Divisional Artillery Brigade, Australian Field Artillery of Kew, Victoria. A bank clerk prior to enlisting, as 1143 Sergeant Holmes, 2nd Field Artillery Brigade, he embarked from Melbourne aboard HMAT Shropshire (A9) on 20 October 1914. On 30 October 1916, he was wounded in action, when hit by a shell in an area between Longueval and Flers, France. Later on 30 October 1916, he died of his wounds at the 8th Field Ambulance Hospital, France, aged 25. 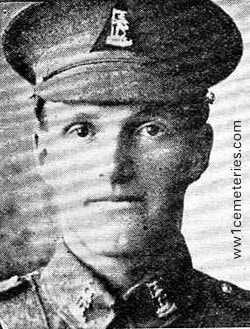 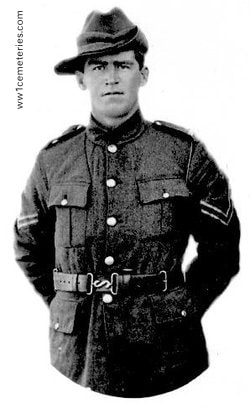