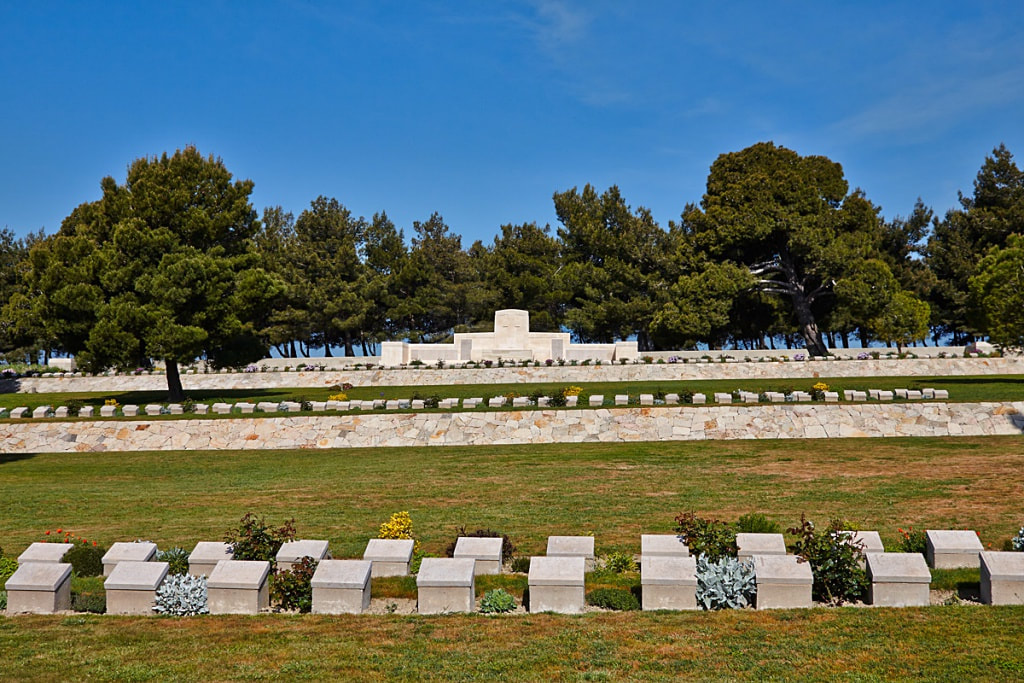 Take the road opposite the Kabatepe Museum to Helles/Alcitepe. After 14.2 km's, take a right turn at the 'T' junction to Twelve Tree Copse and other Helles cemeteries. After 14.3 km's take the left fork and the cemetery will be found on the right after 15.4 km's. Twelve Tree Copse Cemetery is in the Helles area, about 1 km south-west of the village of Krithia.

This cemetery is permenantly open and may be visited at any time.

TWELVE TREE COPSE CEMETERY was made after the Armistice when graves were brought in from isolated sites and small burial grounds on the battlefields of April-August and December 1915. The most significant of these burial grounds were Geoghegan's Bluff Cemetery, which contained 925 graves associated with fighting at Gully Ravine in June-July 1915; Fir Tree Wood Cemetery, where the 29th Division and New Zealand Infantry Brigade fought in May 1915 and Clunes Vennel Cemetery, on the south side of Krithia, which contained 522 graves.

There are now 3,361 First World War servicemen buried or commemorated in the cemetery. 2,221 of the burials are unidentified but special memorials commemorate many casualties known or believed to be buried among them, including 142 officers and men of the 1st Essex who died on 6 August 1915, and 47 of the 1st/7th Scottish Rifles killed on 28 June.

The cemetery also contains the TWELVE TREE COPSE (NEW ZEALAND) MEMORIAL, one of four memorials erected to commemorate New Zealand soldiers who fell on the Gallipoli peninsula and whose graves are not known. The memorial relates to engagements outside the limits of Anzac in which New Zealand soldiers took part. It bears almost 180 names. 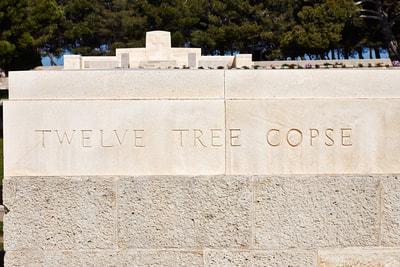 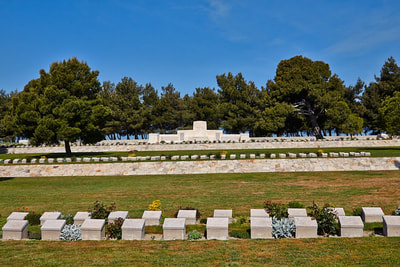 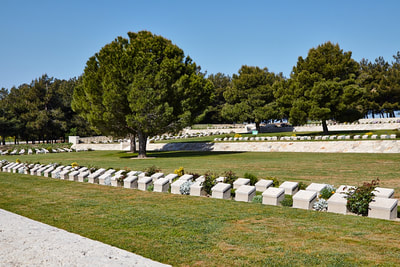 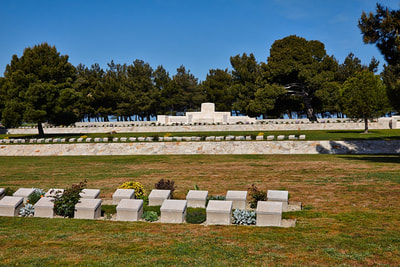 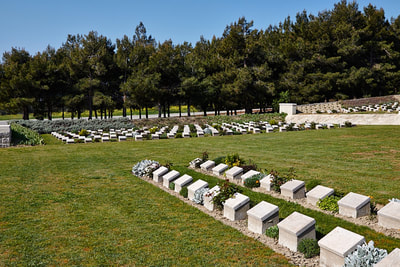 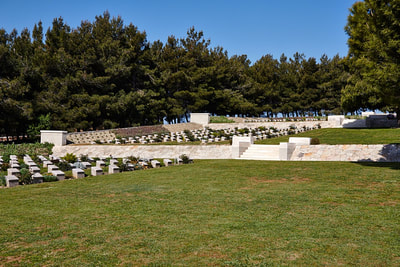 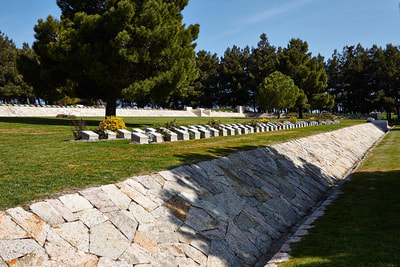 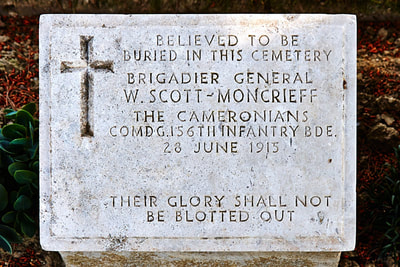 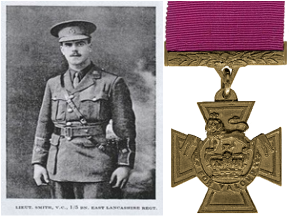 Citation: An extract from the "London Gazette," dated 3rd March, 1916, records the following:-"For most conspicuous bravery. He was in the act of throwing a grenade when it slipped from his hand and fell to the bottom of the trench, close to several of our officers and men. He immediately shouted out a warning, and himself jumped clear and into safety, but seeing that the officers and men were unable to get into cover, and knowing well that the grenade was due to explode, he returned without any hesitation and flung himself down on it. He was instantly killed by the explosion. His magnificent act of self-sacrifice undoubtedly saved many lives." 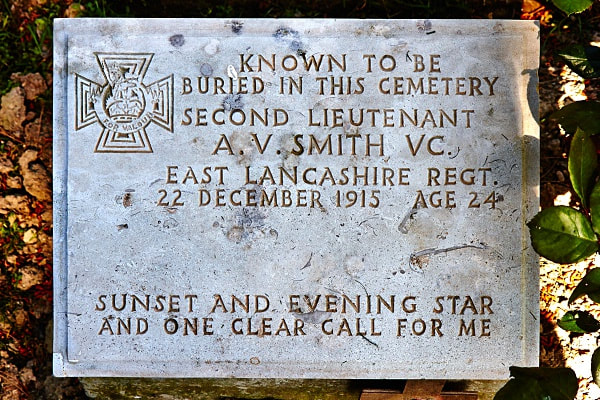 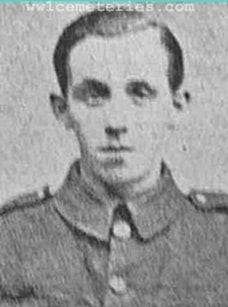 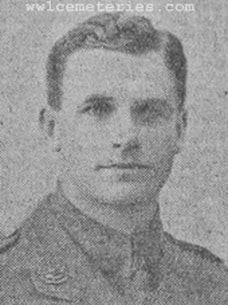 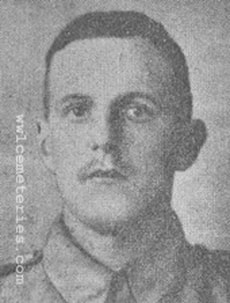 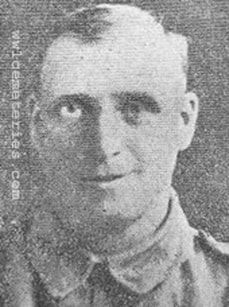 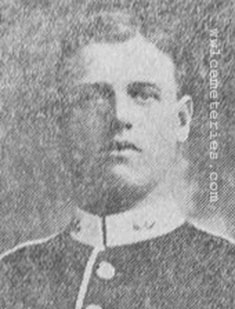 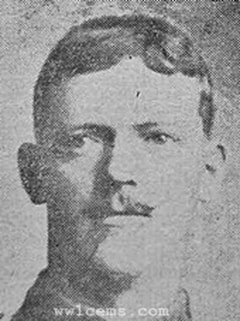 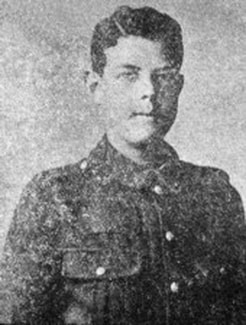 William was born at 25 Catherine Place, Kirkwall on the 7th December 1896, the second son of James Irvine, a merchant seaman, and Mary Irvine (née Johnston).  William’s father died when he was still very young. William attended the Burgh school in Kirkwall, but when he was seven years old his mother married again. She married in Leith a widower, John Dyce, who worked as a stone mason. William took on the new family name. On leaving school William found employment in Edinburgh with a florist, John Downie.

In November 1914, William volunteered to join his older brother James in the Royal Scots. After completing his training William travelled out to the Mediterranean and on the 10th May landed in Gallipoli, to join James in the 1/5th Royal Scots, the only territorial battalion in the 29th Division, the last regular Army division formed in the Great War.
The Orcadian showed a photo of William in its “Our Roll of Honour” section, with the following report of his death:

An officer conveying the sad news to his mother writes: – “I feel that I have a concern in your son’s career that is different from that of the usual relationship between officer and man.  Willie had won the esteem of all in the company, and his death is deeply deplored.  He was hit by a sniper this morning as he was fetching water for his comrades in the trenches, and died instantly.  We buried him this afternoon.  Mr Ross, the Presbyterian chaplain, conducted the ceremony, and his funeral was attended by the Colonel, and all his company officers.  A small cross was erected to his loving memory.  Willie died, as all soldiers would choose to die, in a just struggle for freedom, and with a clean record behind him.”

William Irvine Dyce died on the 18th June 1915, when he was only 19 years old.  He is now buried in Grave I.E.3 in Twelve Tree Copse Cemetery, Gallipoli.  His body was moved there after the Armistice, to join its 1,133 other identified burials.  The impressive cemetery contains special memorials to commemorate many of its 2,226 unidentified burials, also a New Zealand Memorial on which are inscribed the names of 177 soldiers from that country who died fighting at Helles in May 1915 and have no known grave there.

William’s brother James survived his service on Gallipoli with the 1/5th Royal Scots, but he was deeply affected by events there, including his younger brother's death. James was eventually discharged sick from the Army on the 13th June 1916 on List TD/55, suffering from shell shock. On the 19th February 1918 in Edinburgh, James married a widow, Eleanor Shaw (or Henderson). James worked as a sculptor, but his health never really recovered and he died of heart failure at their home in 27 Albany Street, Edinburgh on the 7th December 1919 aged 27. 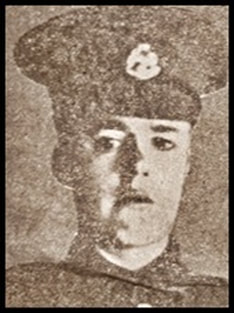 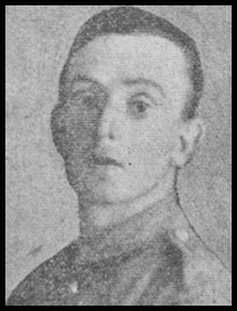 A Regular soldier, he landed in Gallipoli as a corporal in July 1915.  On 3 Dec, & by then a sergeant, Robins refused to go out on patrol, pleading sickness.  He was sent to the doctor, who prescribed  medicine & duty, but Robins refused again, repeating that he was not well enough. At trial on 7 Dec, he called no witnesses, even as to character (the adjutant said that he had a clean sheet), & declined to testify.  Robins made a statement, saying that he had served 8½ years in India & had since suffered from bouts of fever; that on 3 Dec he had been unwell for several days, made worse by the bad weather; & that he had always done his duty, & not been in trouble before.

Following sentence, his acting CO mentioned previous neglect of duty, & that he did not consider Robins to be a good NCO. The Corps commander recommended that sentence be carried out, stating that disobedience was a grave offence when committed by a sergeant, a view confirmed by Gen. Munro. (Corns, pp. 126-128) 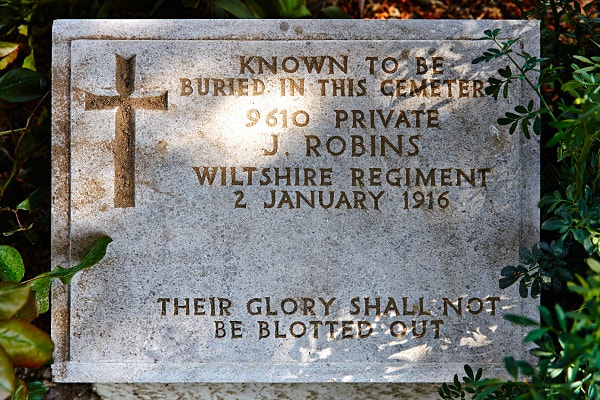