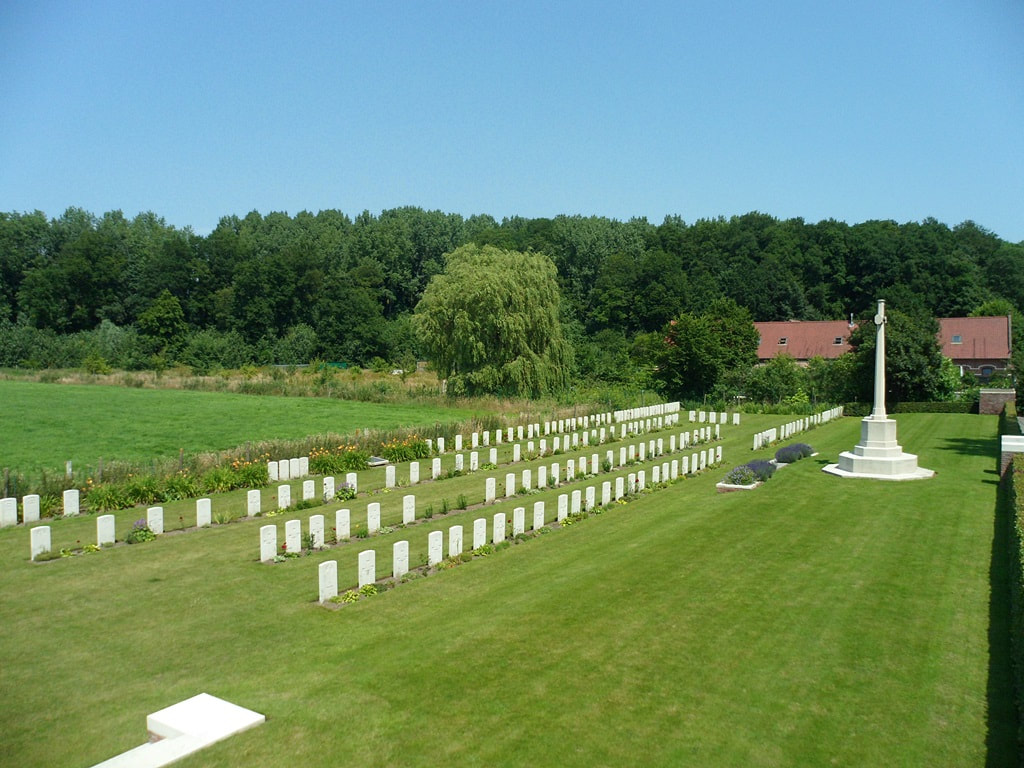 Underhill Farm Cemetery is located 12 Kms south of Ieper town centre, on a road leading from the Rijselseweg N365, which connects Ieper to Wijtschate, Mesen (Messines) and on to Armentieres.

From Ieper town centre the Rijselsestraat runs from the market square, through the Lille Gate (Rijselpoort) and directly over the crossroads with the Ieper ring road. The road name then changes to the Rijselseweg. 3 Kms after the town of Mesen lies the right hand turning onto the Rue du Petit Pont. (Kleine Brugstraat). 1 Km along this road on the right hand side of the road lies the cemetery.

'Underhill Farm' and 'Red Lodge' were the names given to two buildings on the north-western edge of Ploegsteert Wood. They were occupied by dressing stations and the cemetery which they used, is close to the farm.

The cemetery was begun in June 1917 and used until January 1918. It fell into German hands in the spring of 1918, when it was used under the name of "The Military Cemetery at the foot of the Nightingale Hill". The cemetery was recovered in September 1918 and used again for Commonwealth burials until October.

There are 190 Commonwealth casualties of the First World War buried or commemorated in this cemetery. Nine of the burials are unidentified and special memorials commemorate five casualties whose exact places of burial in the cemetery could not be determined. 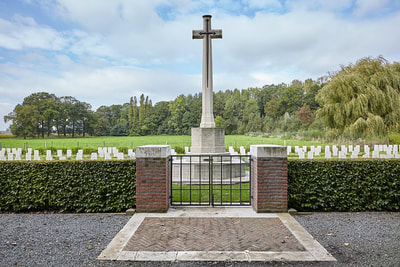 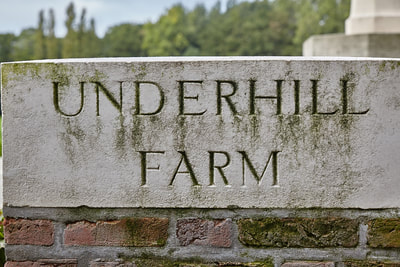 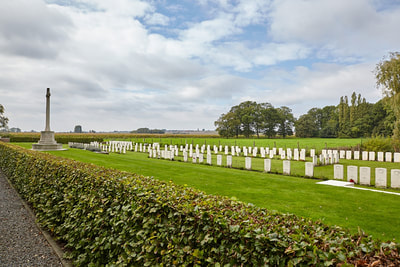 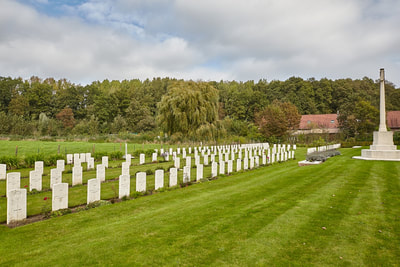 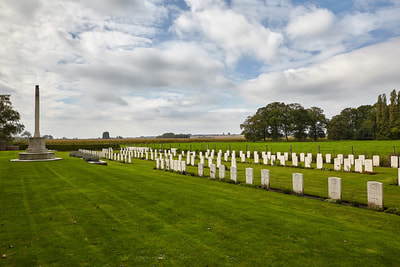 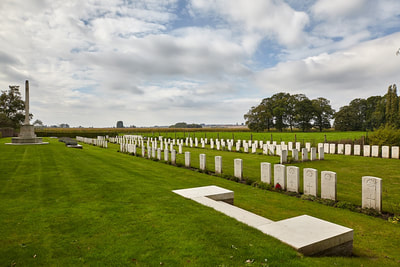 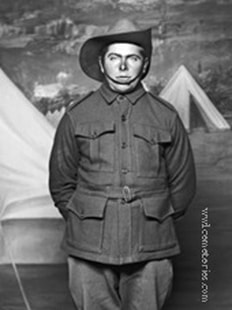 Son of Joseph and Elizabeth Clegg, of Wandin, Victoria, Australia.

Pte Clegg enlisted on 12 July 1915 and embarked from Melbourne aboard HMAT Nestor on 11 October 1915. He was killed in action on 2 July 1917 at Pozieres, France, whilst serving with the 46th Battalion, and is memorialised at Underhill Farm Cemetery, Ploegsteert, Belgium. 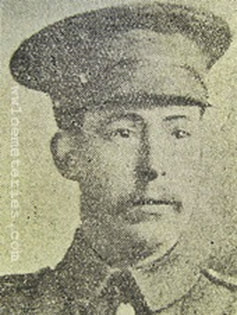 ​The following month his wife, Ada, placed this verse in the local newspaper in memory of her husband:
​
When alone with my sorrow, and bitter tears flow,
There stealeth sweet dreams of a short time ago,
And unknown to the world he stands by my side,
And whispers these words, "Death cannot divide."

I little thought when I kissed him good-bye,
It was the last parting between him and I;
Not even his helpless form did I see,
But ever his memory clings fondly to me. 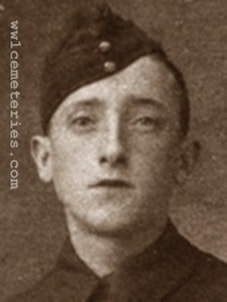 Born in Great Harwood, Lancashire and lived at 18 Mercer Street in the town. 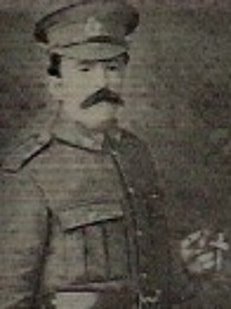 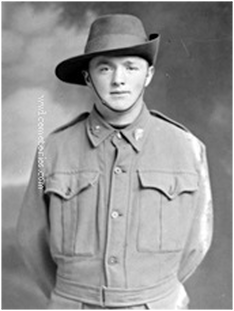 An engine driver from Dunkeld, Victoria prior to enlistment, Pte Womersley embarked with the 9th Reinforcements from Melbourne on HMAT Hororata on 27 September 1915. Later transferring to the 46th Battalion, he was promoted to Lance Corporal. On 16 July 1917, aged 20, he was killed in action and was buried in the Underhill Farm Cemetery, Ploegsteert, Hainaut, Belgium. His brother, 480 Pte Thorald Womersley, died of wounds on 13 June 1916. ​
​ 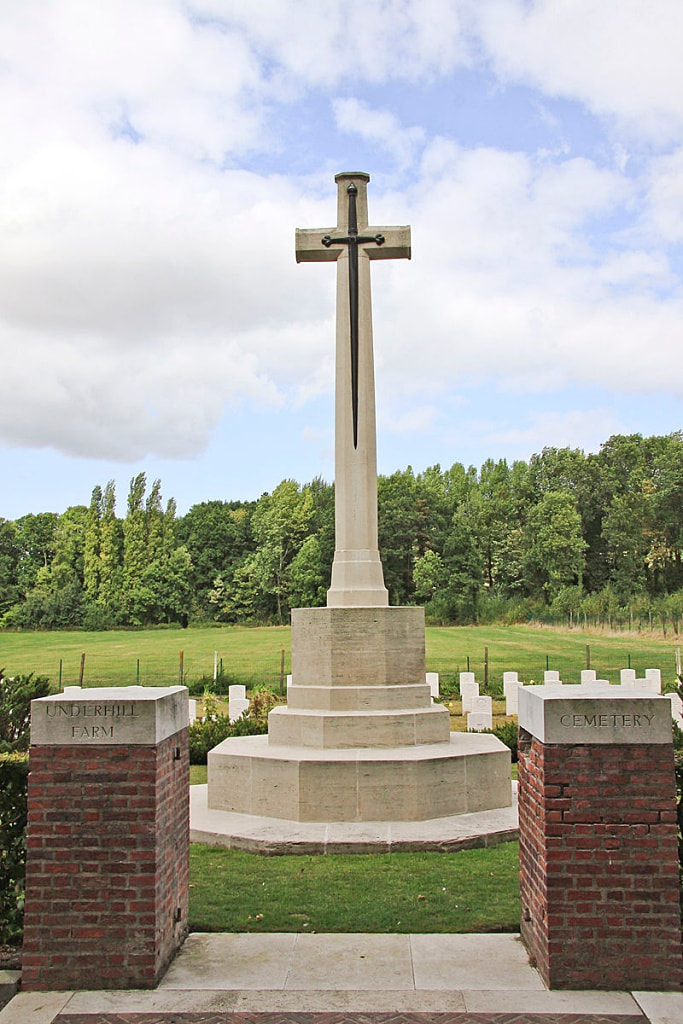 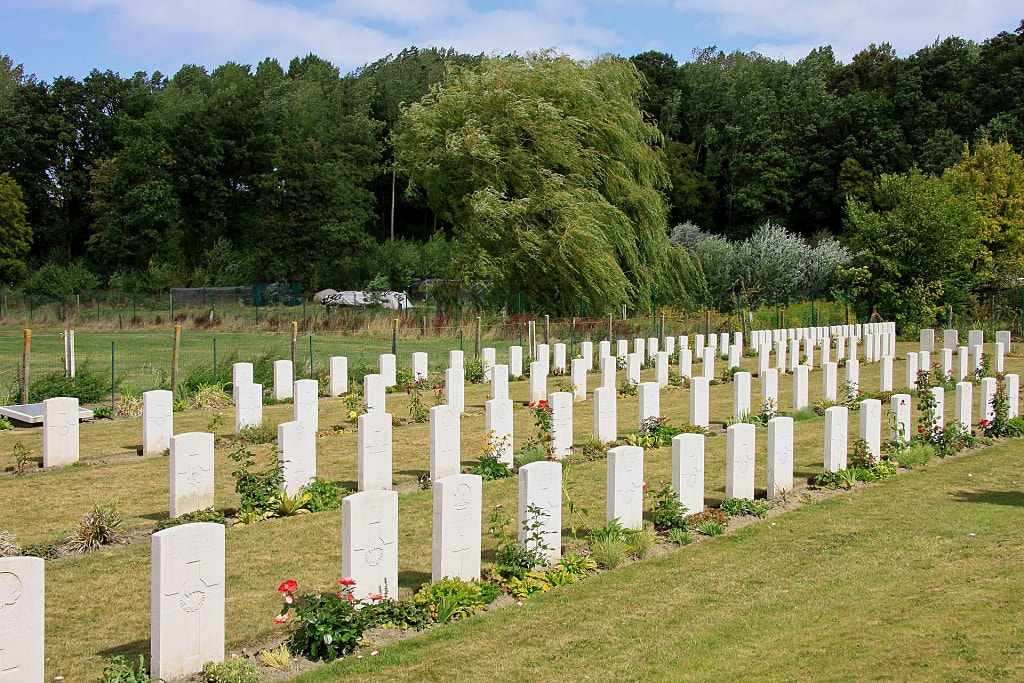 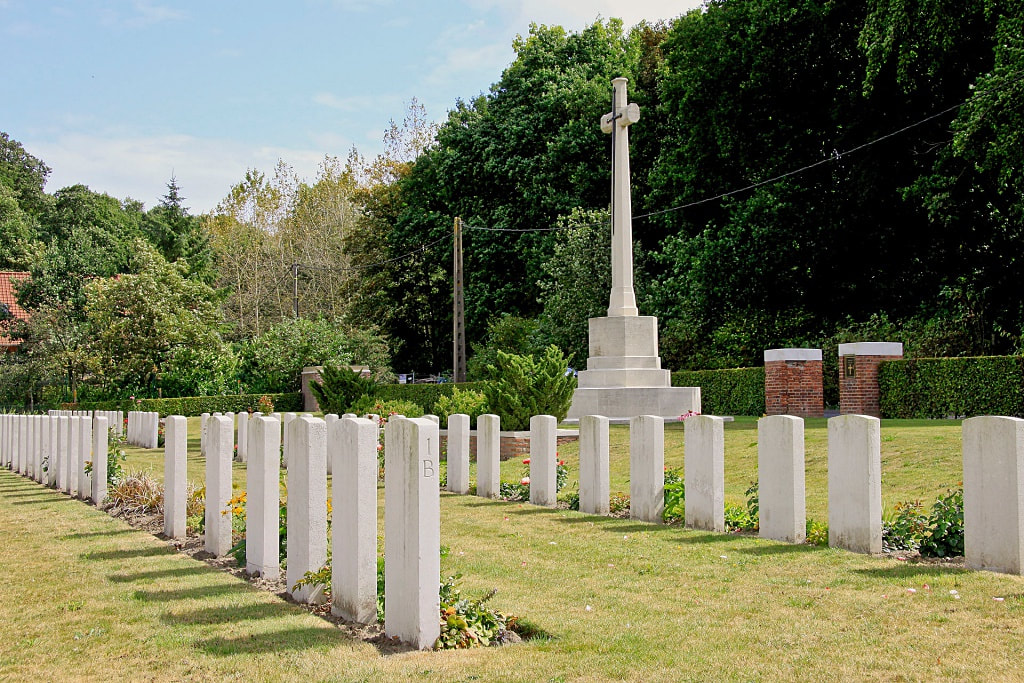 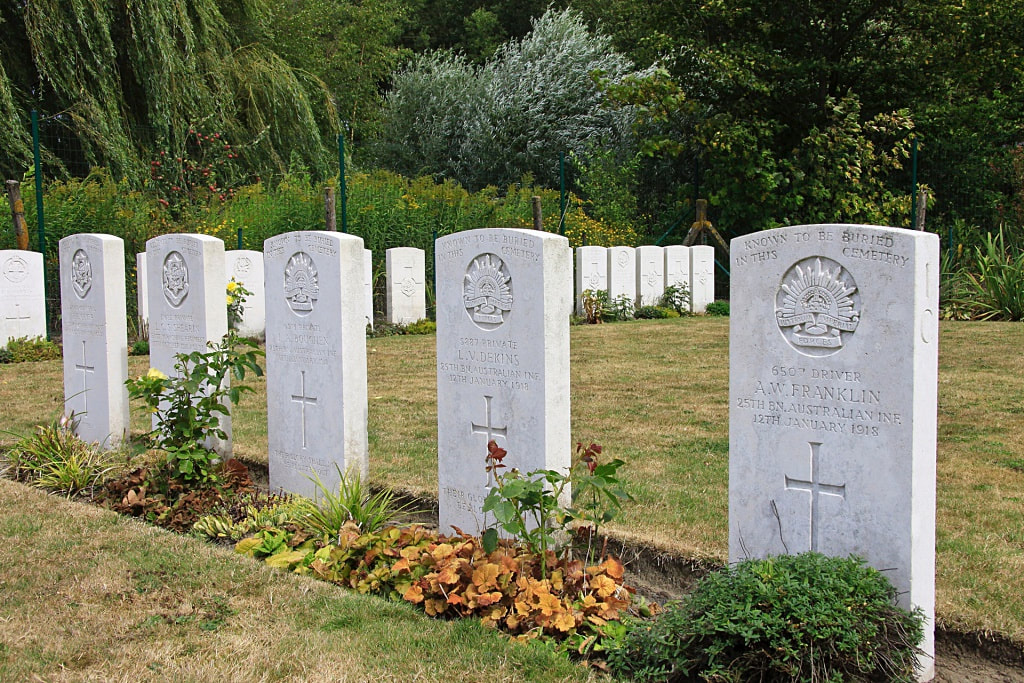 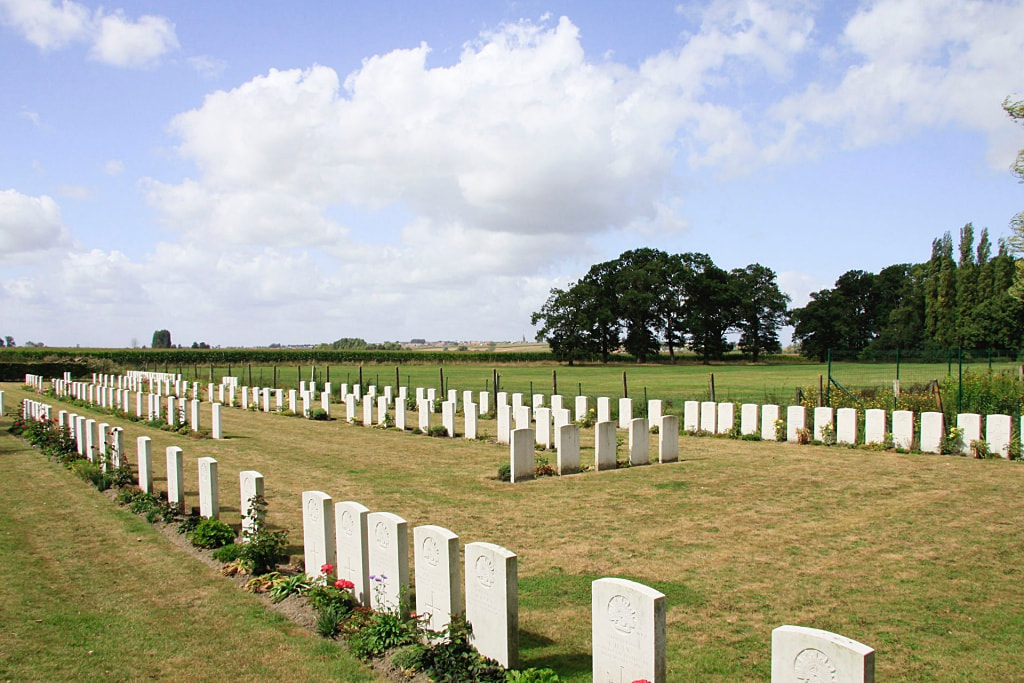 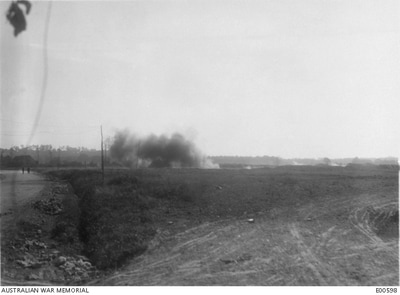 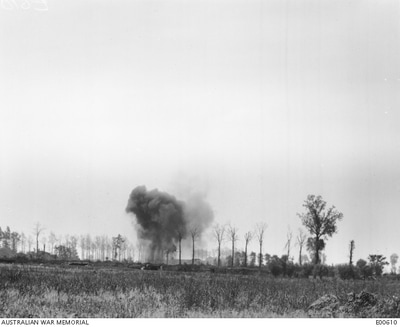 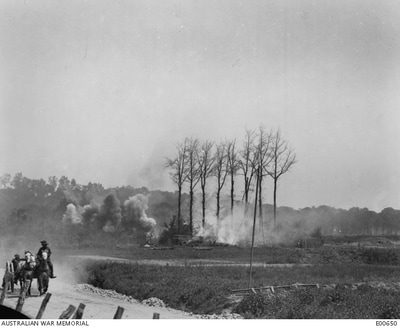 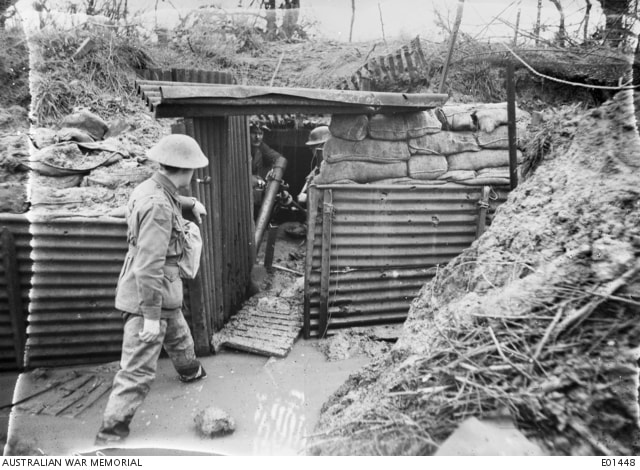 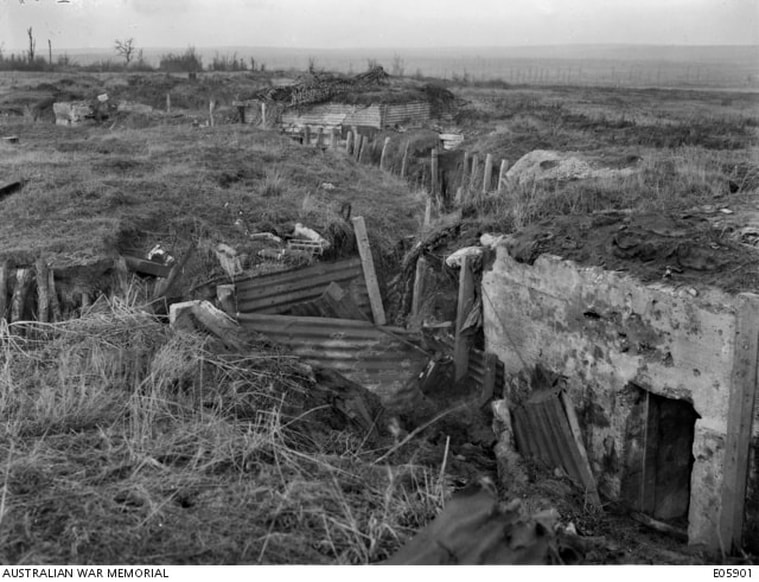 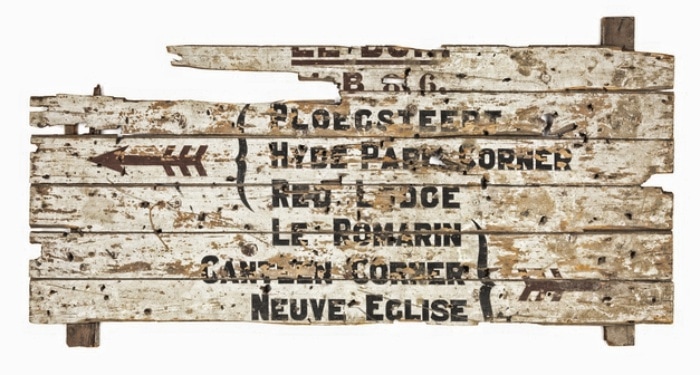 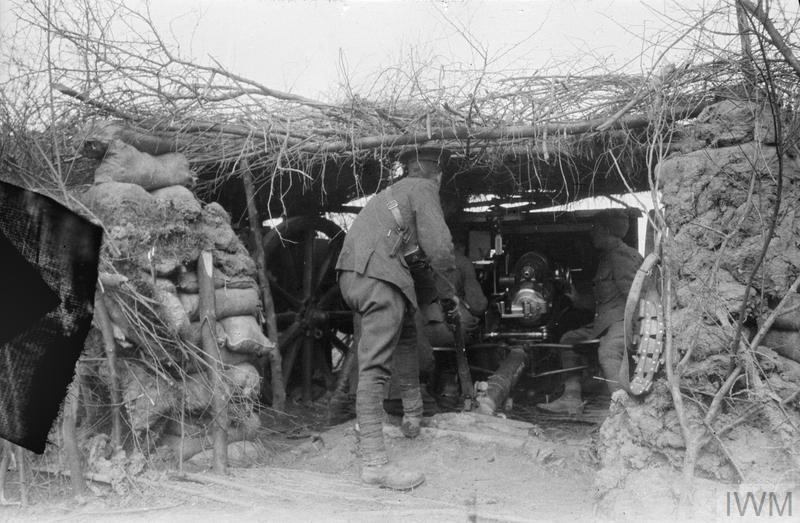 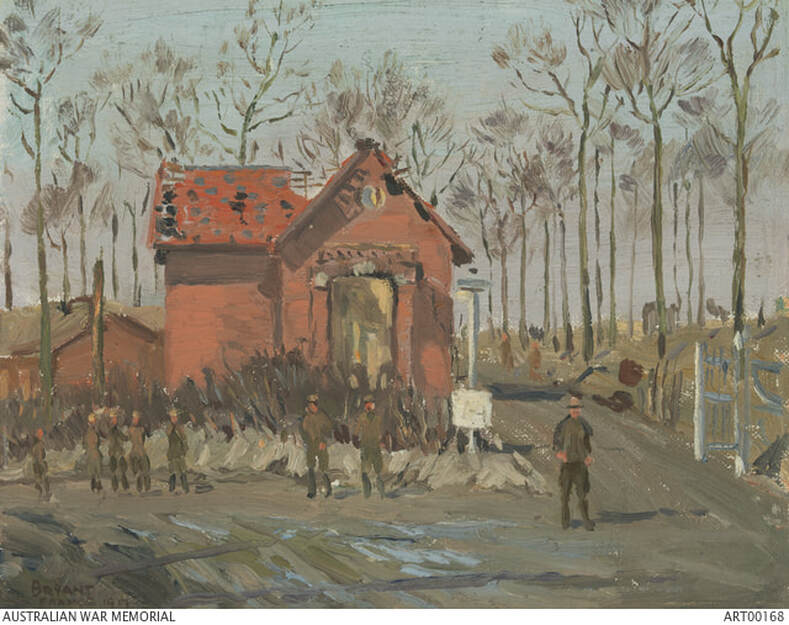 Red Lodge, Hyde Park Corner, Ploegsteert, November 1917 by Charles Bryant. Painting of a war damaged landscape, soldiers and village buildings, including the Red Lodge at Hyde Park Corner in Ploegsteert, Belgium, during the First World War. Although this work has the date 'November 1917' in the title, the work was most likely completed in December 1917, as the artist did not arrive in Belgium until the 12th of that month. 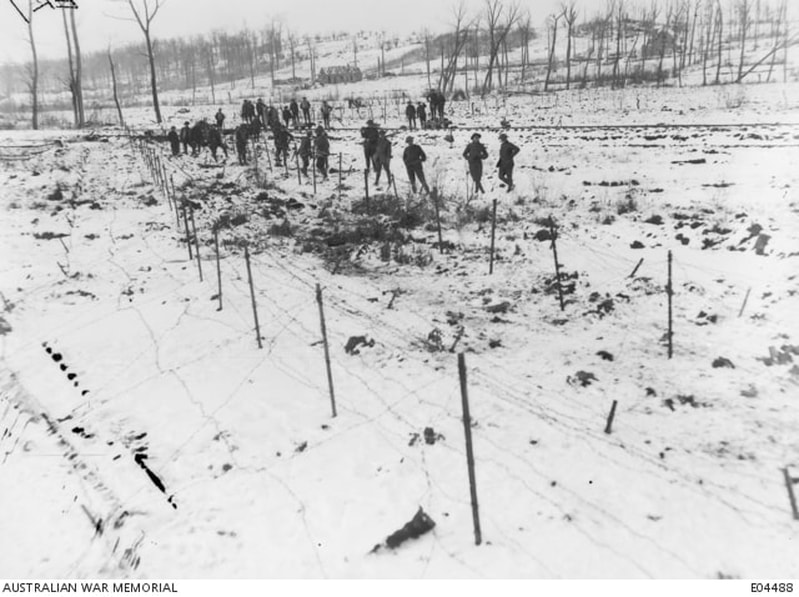 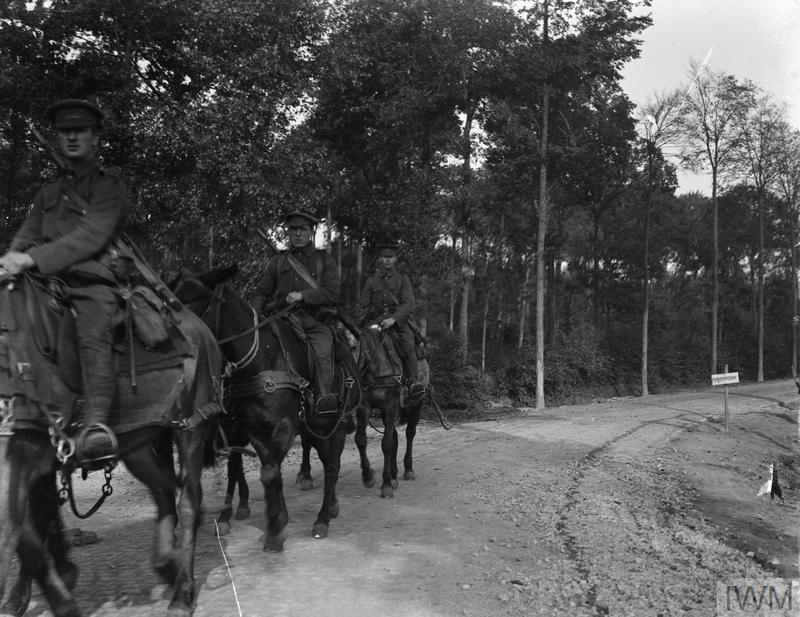 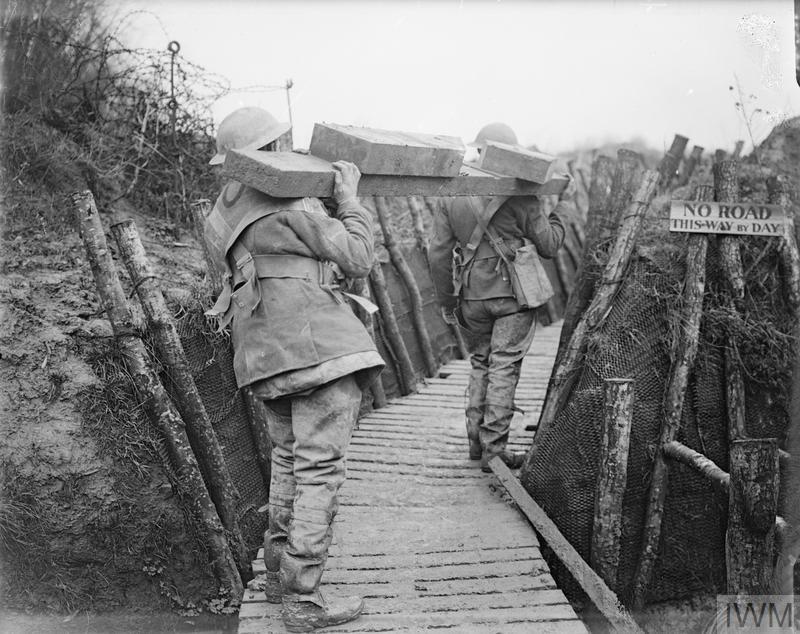 British troops taking up timber for a trench support through a communication trench at Ploegsteert, March 1917. © IWM Q 5092