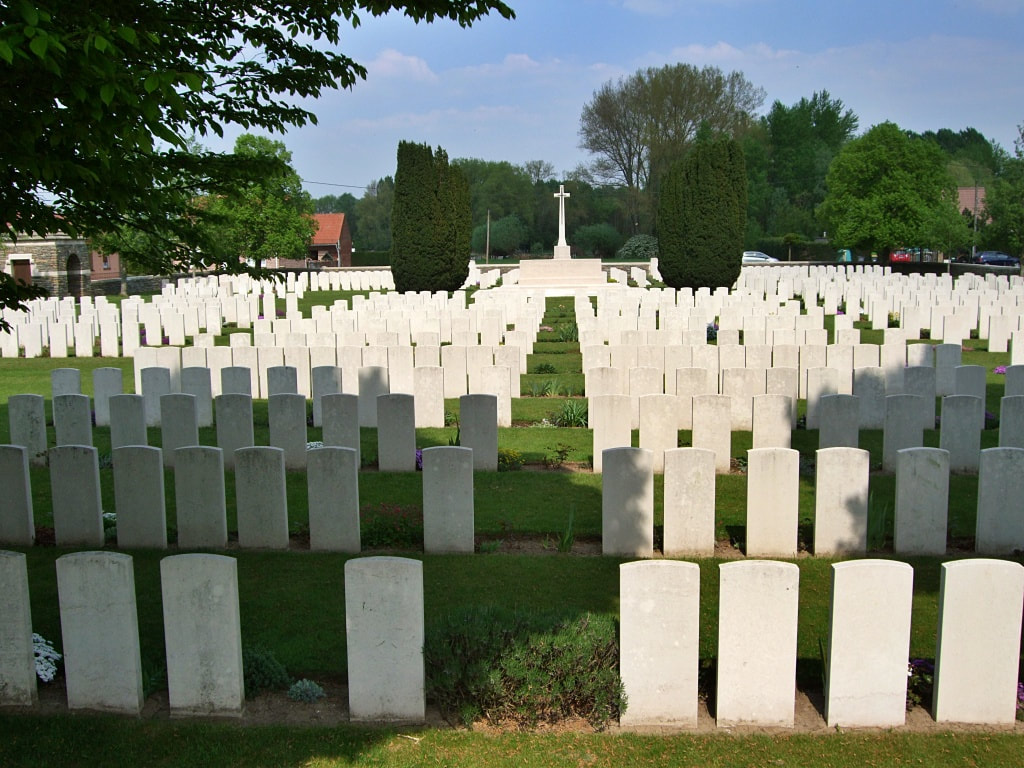 The Old Military Cemetery (now removed) was closed in November 1915, as being too near the school; and the New Military Cemetery was begun in that month and used by fighting units and Field Ambulances until March 1918. The village and the cemetery fell into German hands in the following month, in the Battles of the Lys; but in September 1918, on the German retirement, some further burials took place. These original graves are in Plot I and Plot IV, Rows A and B.

The remainder of the cemetery was made after the Armistice, by the concentration of British, Indian and Portuguese graves from the neighbouring battlefields and from other cemeteries; but the Portuguese graves were removed to Richebourg-L'Avoue Portuguese National Cemetery in 1925, and three German prisoners graves have also been removed.

The following were among the burial grounds from which graves were taken to this cemetery:-

There are now 994, 1914-18 war casualties commemorated in this site. Almost all fell in 1914, 1915 or 1918, and most of those who fell in 1918 belonged to the 55th (West Lancashire) Division. Of these, 348 are unidentified and special memorials are erected to five soldiers from the United Kingdom, believed to be buried among them. Other special memorials record the names of nine soldiers from the United Kingdom, buried in other cemeteries, whose graves were destroyed by shell fire.

The cemetery covers an area of 4,111 square metres and is enclosed by a stone rubble wall.

The village was later "adopted" by the Metropolitan Borough of Paddington. The Communal Cemetery contains a memorial to the 1st King Edward's Horse, who defended the village in April 1918. 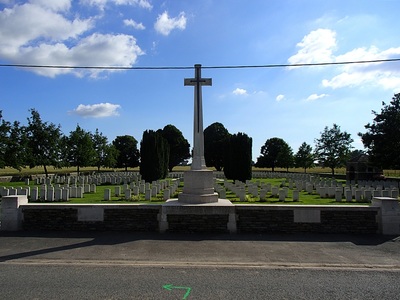 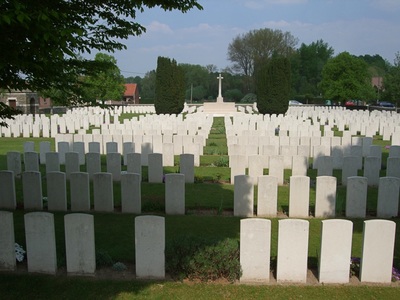 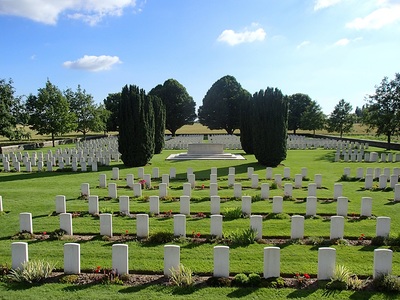 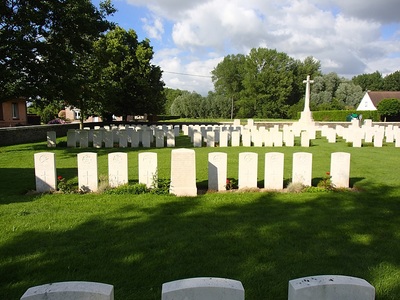 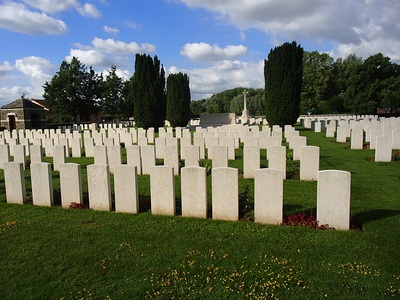 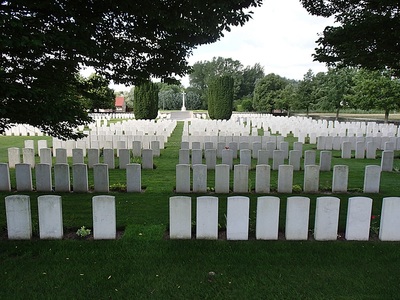 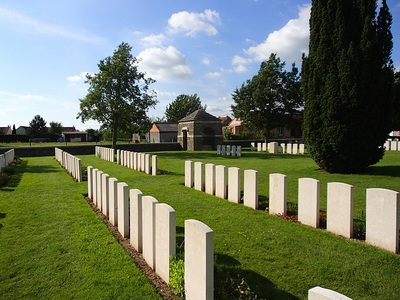 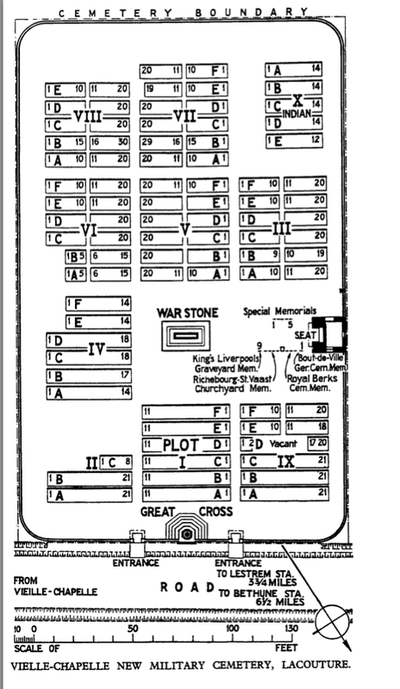 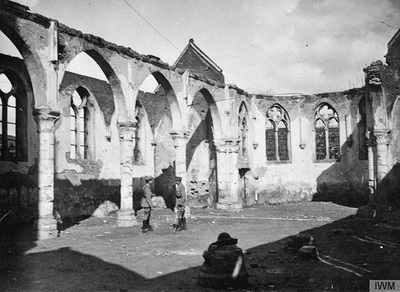 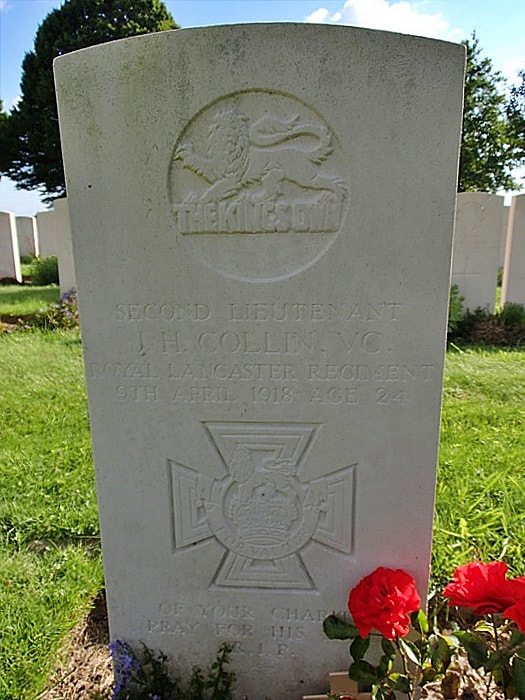 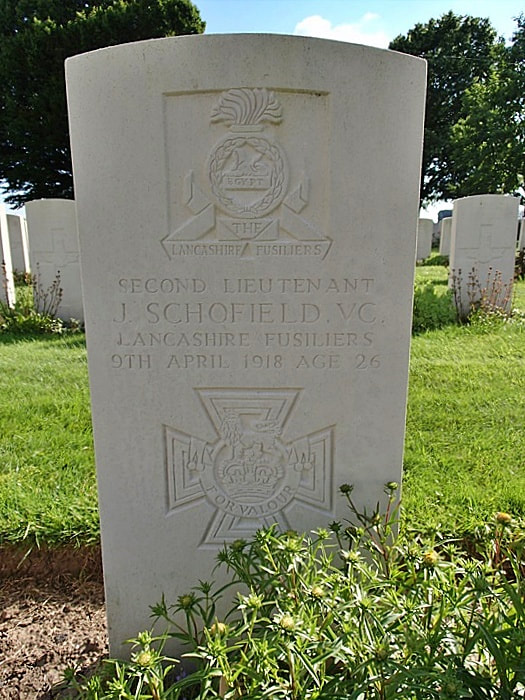 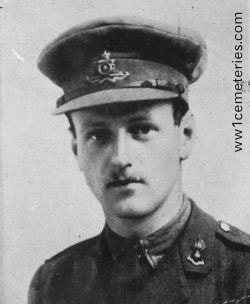 His headstone bears the inscription "Joy Cometh In The Morning" 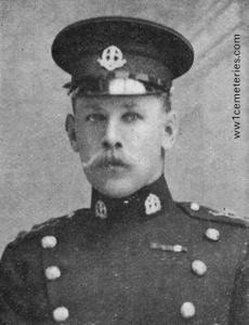 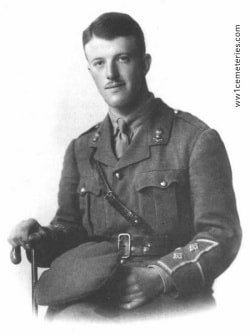 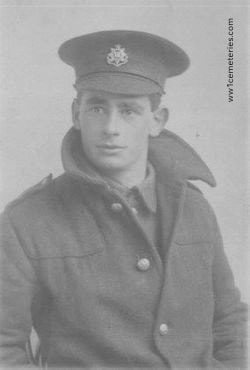 His headstone bears the inscription "Well Done Faithful Unto Death" 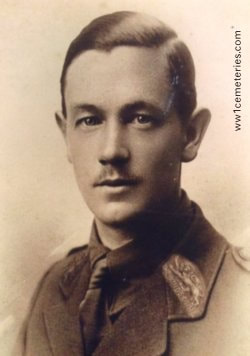 Son of Lucy Gough, of 17, Persehouse St., Walsall, and the late Arthur Gough. 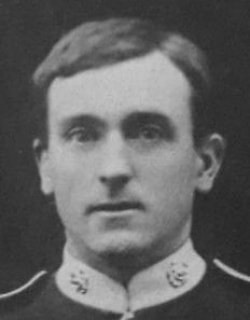 Son of George and Eliza Hitchen, of Clitheroe; husband of May Alice Hitchen, of 8, Whalley Rd., Clitheroe, Lancs.

His headstone bears the inscription "To Memory Ever Dear" 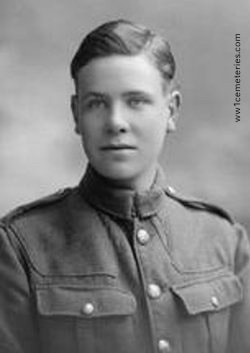 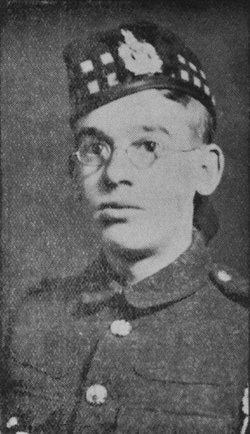 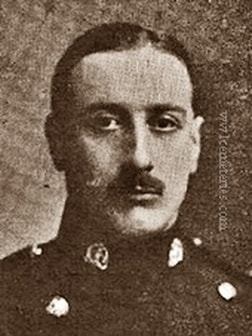 His headstone bears the inscription "For King And Country"

Privates Crimmins & Wild were among the earliest recruits to have enlisted with the 2nd Bradford Pals. Wild was a former police officer. From late March to mid-June 1916, the battalion served in the trenches on the Somme, & prepared for the new offensive.  This was postponed for 48 hours, & meanwhile a midnight raid was made on the German trenches — which resulted in heavy casualties.  On the eve of battle, Crummins & Wild, under orders to parade for duty as ration carriers at 1745, took took the opportunity to get very drunk at the local estaminet & strolled away some 3-4 miles after it closed — & fell asleep in a cornfield. Thus missing the evening parade, they made no attempt to rejoin their battalion, spending the night in a billet at Beauquesne.

They surrendered to the RMP at  a checkpoint in Vignacourt on July 4, admitting their absence & volunteering the exact time & date of their departure from the battalion. Neither had his rifle or equipment with him. Once back with their comrades at the battalion — which meanwhile had suffered severe casualties on 1 July — they remained in billets until the battalion took its place in the trenches at Neuve Chapelle on 27 July. Even now, no disciplinary action had been taken, another Bradford Pal later stating that they laughed off their wandering away.

However they were brought to court martial on 21 Aug, tried separately but by the same panel. Neither man contested the evidence — which was identical in each case.

Crimmins mentioned the afternoon’s drinking, followed by sleep in the cornfield, adding that they had gone to Vignacourt to seek advice from Wild’s brother; &, on failing to find him, gave themselves up.  He denied any intention to desert, saying that he was very sorry; & related that his father had  been in the Army for 27 years, & that he had 5 brothers serving abroad. Evidence was adduced of his good character: ‘a good soldier….who had always worked well on a recent tour in the trenches’.
​
Wild claimed to have suffered from shell-shock, saying that he had been severely shaken by  the detonation of German mortar-fire, the MO telling him that he would be better in a few  days. Other witnesses supported his account with further detail of this incident (in early June 1916): Wild was taken out with shell-shock; & on a later occasion had been so severely affected by shelling that he was sent back to camp. When cross-examined, Wild had admitted that he had not returned to camp when waking in the cornfield because he was frightened of the consequences of his absence, & thought that he would not be able to stand the noise of the guns.

Following the convictions of both men, Crimmins was recommended to mercy on account of ‘his exceptionally good character’,& Wild likewise on account of his nervous condition arising from the occasion in June 1916.

However the CO said of Crimmins that from a fighting point of view ‘his character was indifferent’; that he was a weak man led away by Wild; but nonetheless the crime was deliberate as he had shown himself to be of a nervous disposition when in the trenches. As for Wild, the CO said that he was lazy, someone who needed driving, & that ‘the case of shell-shock……was not serious as I happened to be in the front-line trenches myself at the time’.  All the other formation commanders concurred in the death sentences, which Haig confirmed on 1 Sept 1916. (Putkowski, pp.108-11; Corns, pp.253-256)
​

A Regular who had gone to France on 9 September 1914, he deserted on the way to the trenches, being found 5 days later some miles away, trying to hide himself.  At the time, Haddock was serving under a suspended sentence of 20 years’ Penal Servitude imposed for an earlier offence of desertion. (Putkowski,p 114) 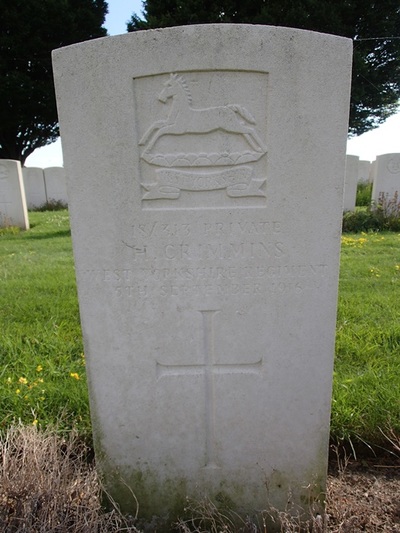 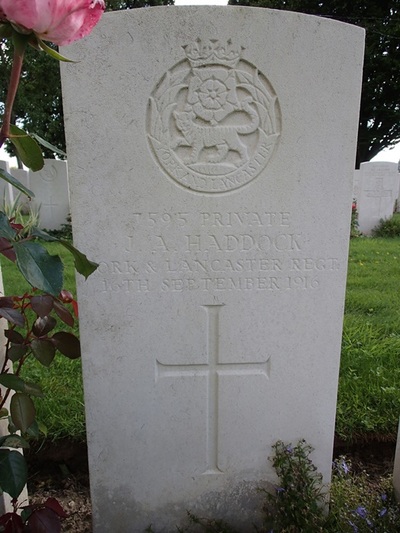 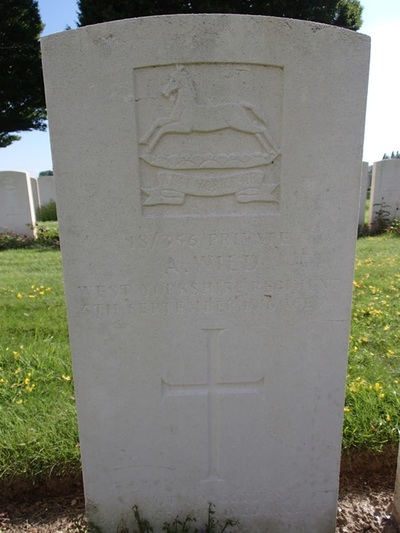