Villers-Faucon is a large village in the Department of the Somme, about 17 kilometres north-east of Peronne.

From the centre of the village take the D72 towards Lieramont. Turn right at a CWGC signpost opposite a parking area. The Cemetery is on the left hand side of the road and the Commonwealth War Graves Plot is on the north-west side of the cemetery.

The Commonwealth graves in the COMMUNAL CEMETERY are those of soldiers who died in February-August 1917, or (in the case of two who are buried in Row B) in September 1918. They were made by the cavalry, the 42nd (East Lancashire) Division, and other fighting troops.

The adjoining EXTENSION was begun in April 1917 and used until March 1918. It was then used by the Germans, and Commonwealth burials were resumed in September and October 1918. Further Commonwealth graves were brought in after the Armistice from a wide area round Villers-Faucon.

The extension contains 459 Commonwealth burials and commemorations of the First World War. 144 of the burials are unidentified but there are special memorials to six casualties believed to be buried among them. The extension also contains 66 German graves, 33 being unidentified.

The Commonwealth plots were designed by Sir Herbert Baker. 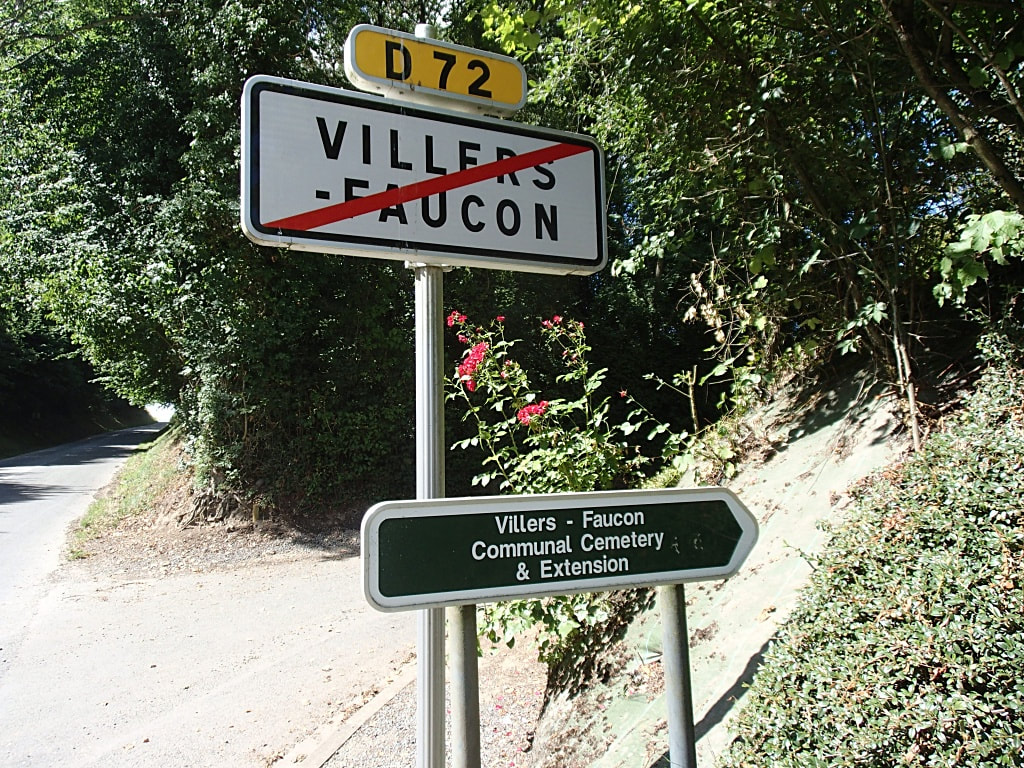 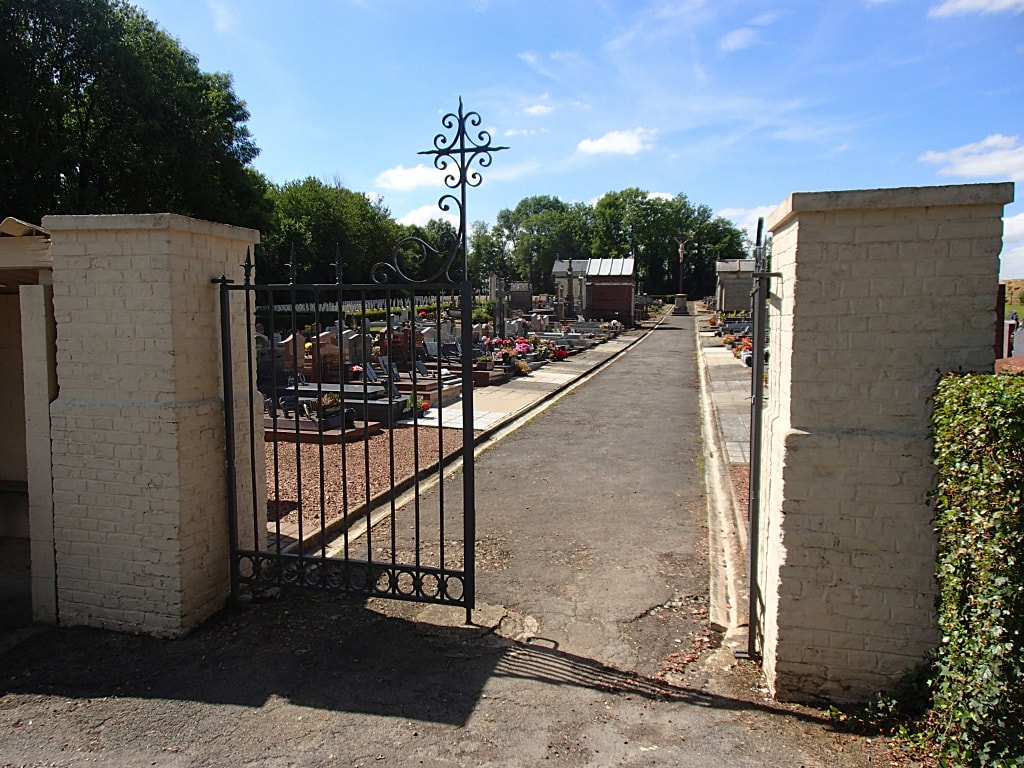 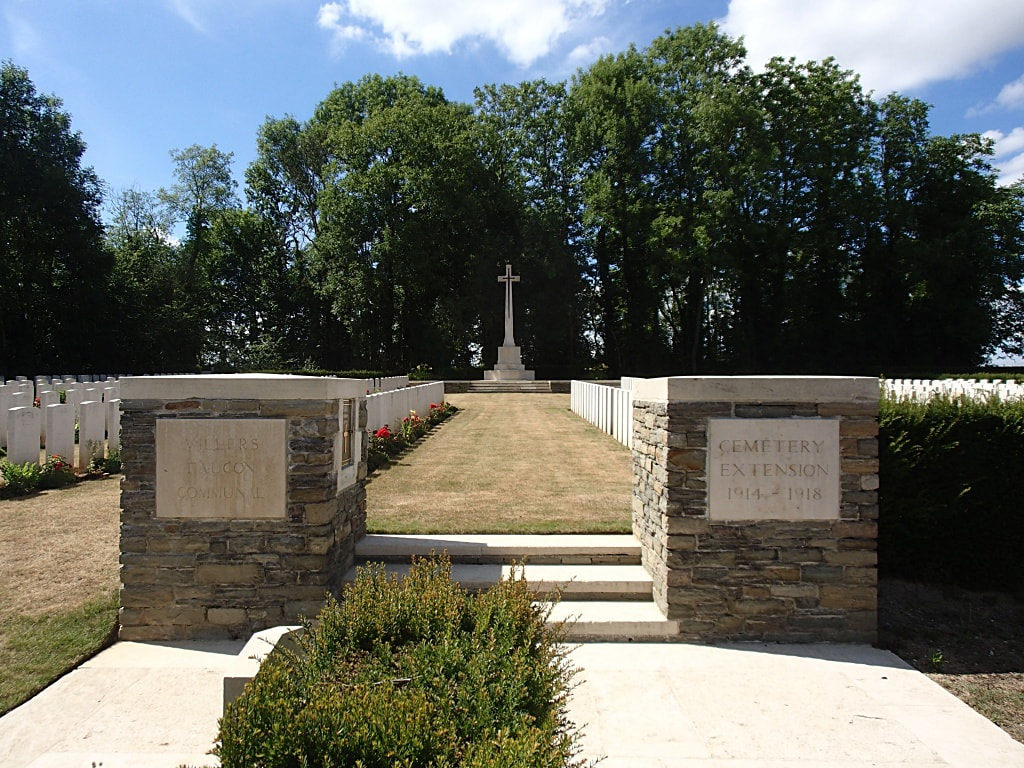 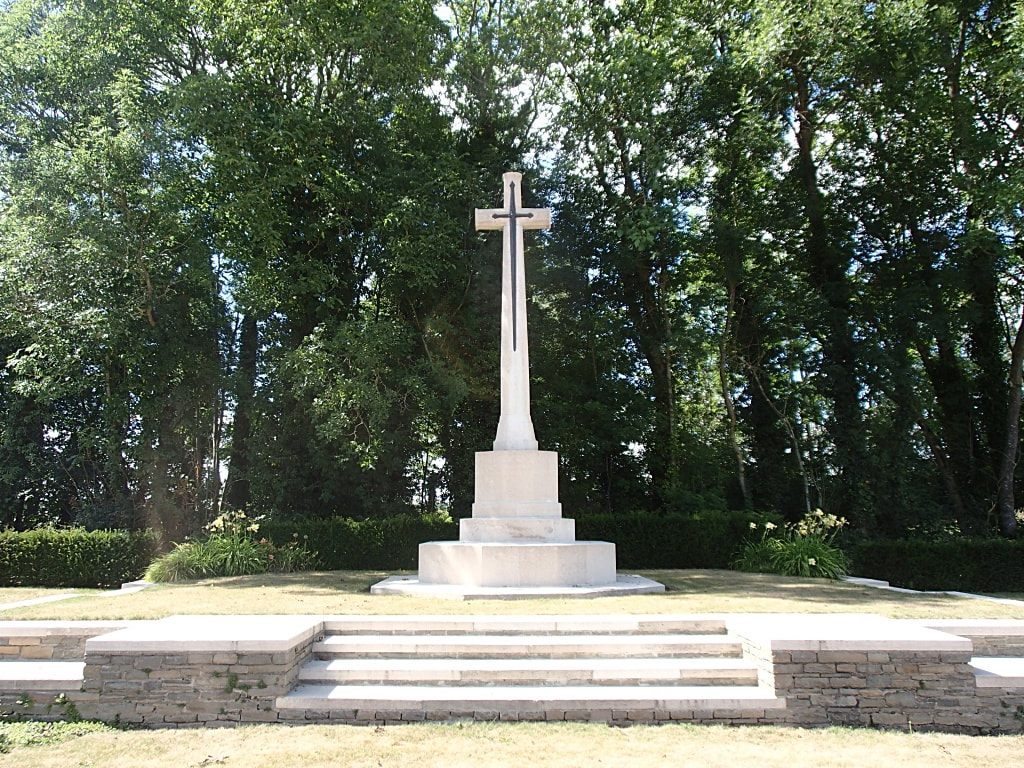 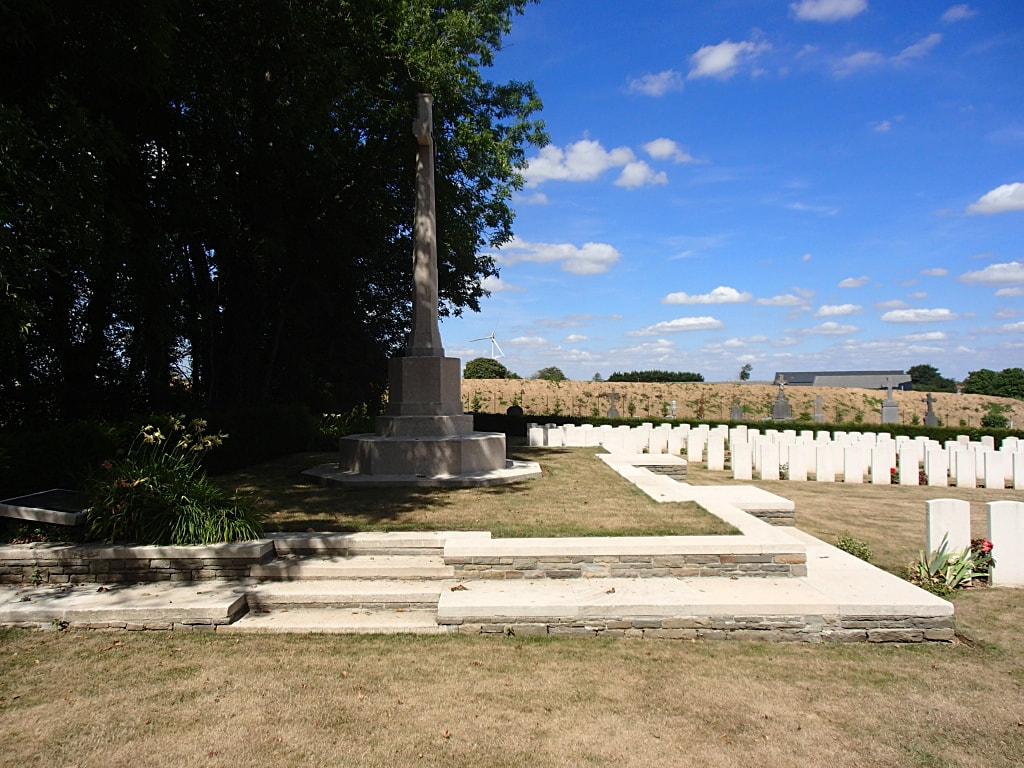 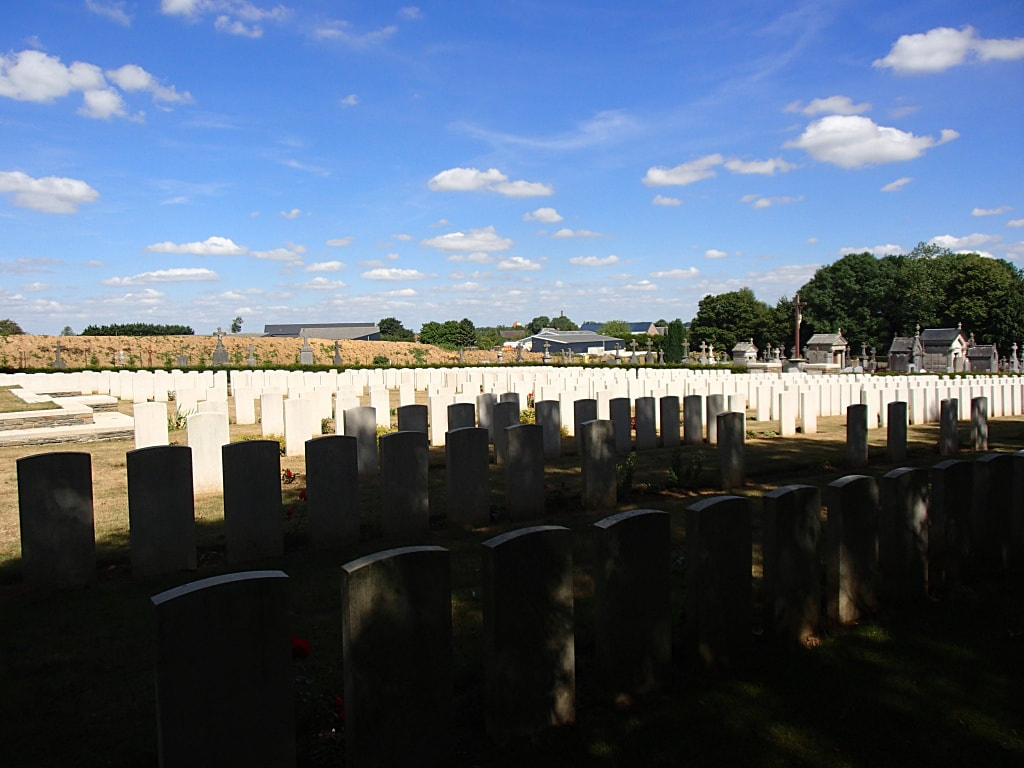 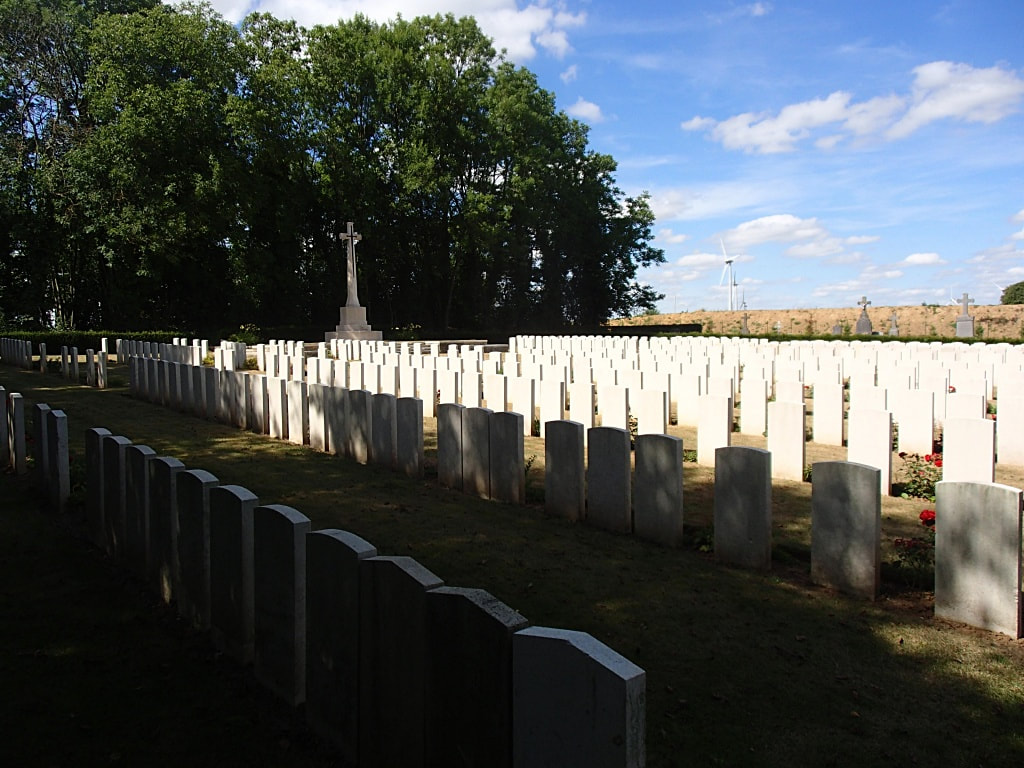 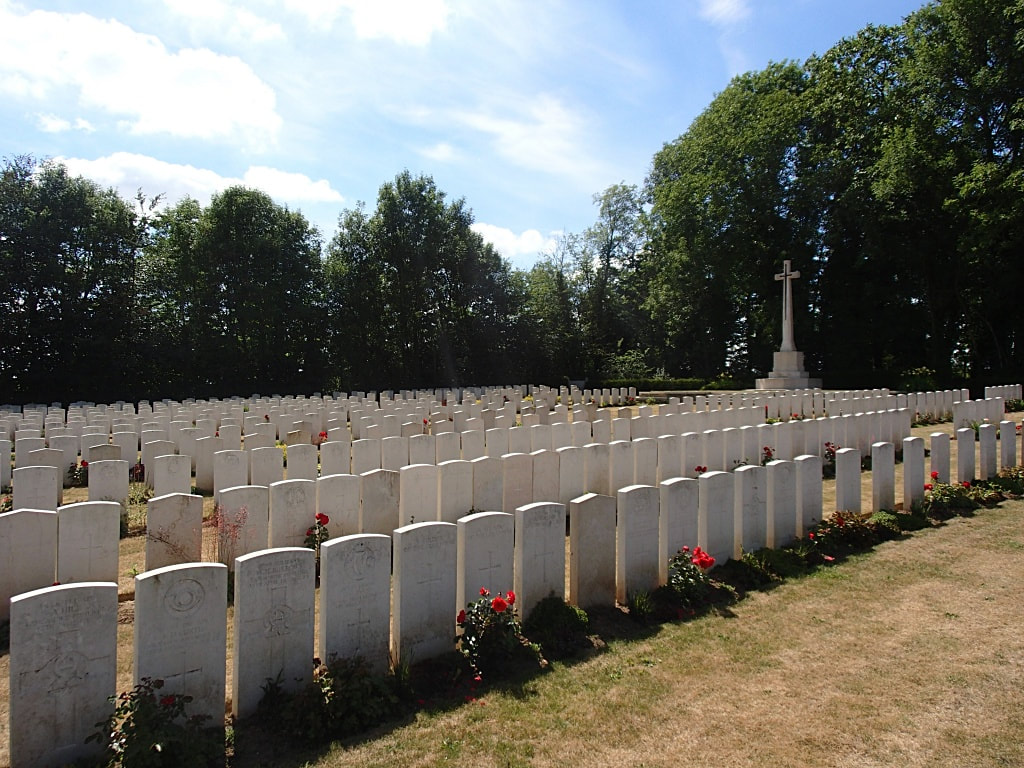 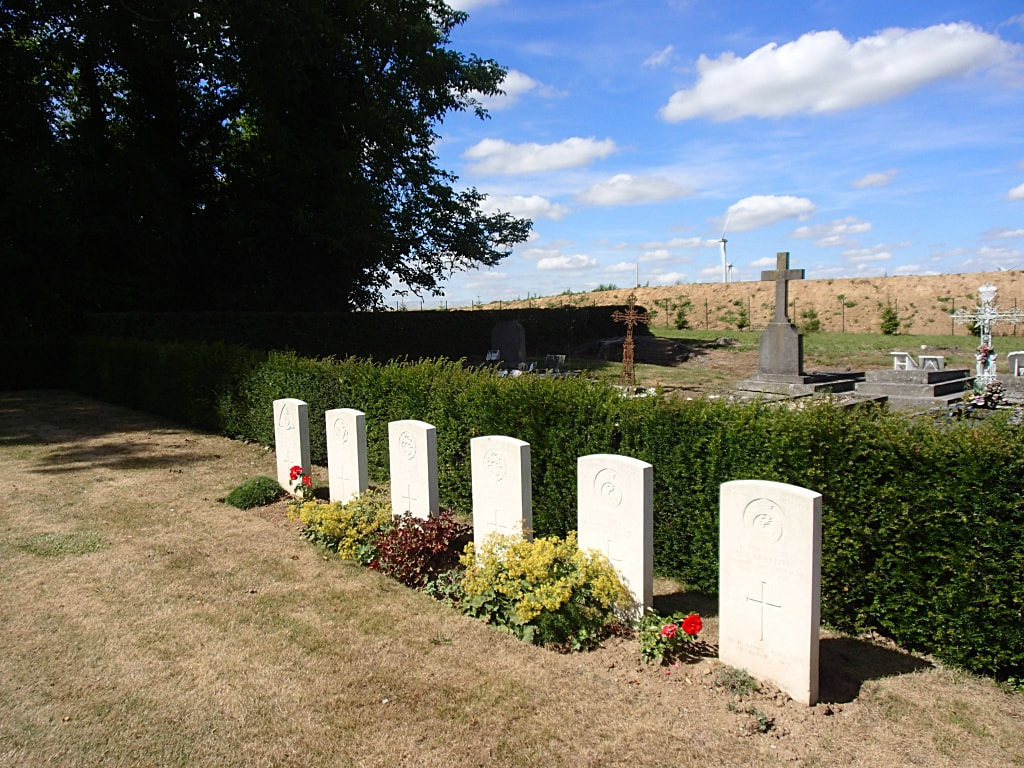 Son of Thomas and Jane Morris, of 34, Adelphi St., Preston. 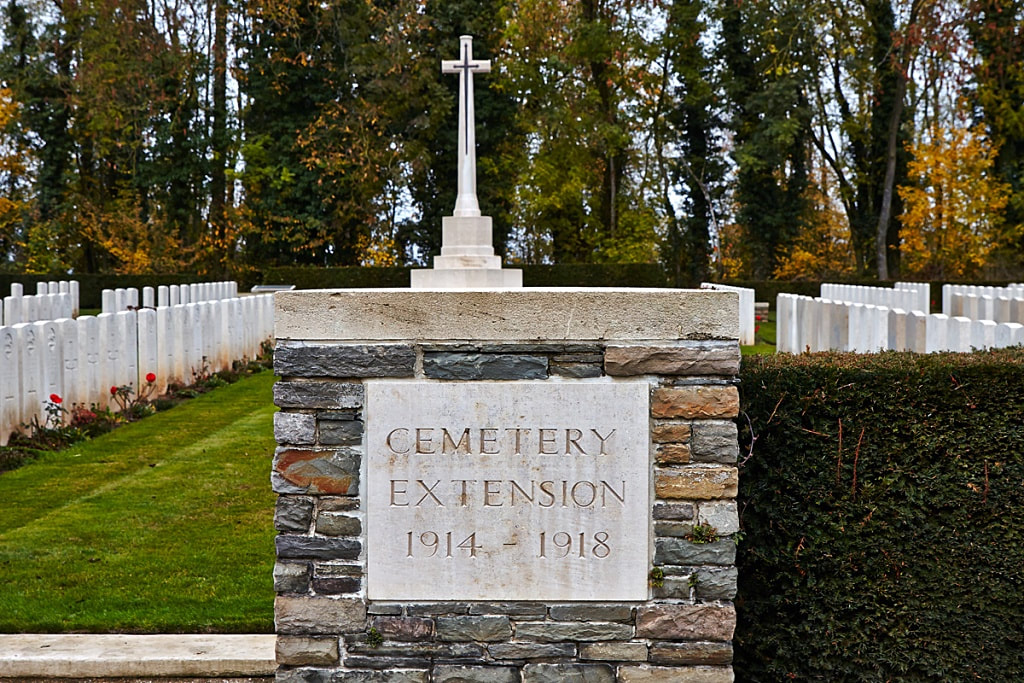 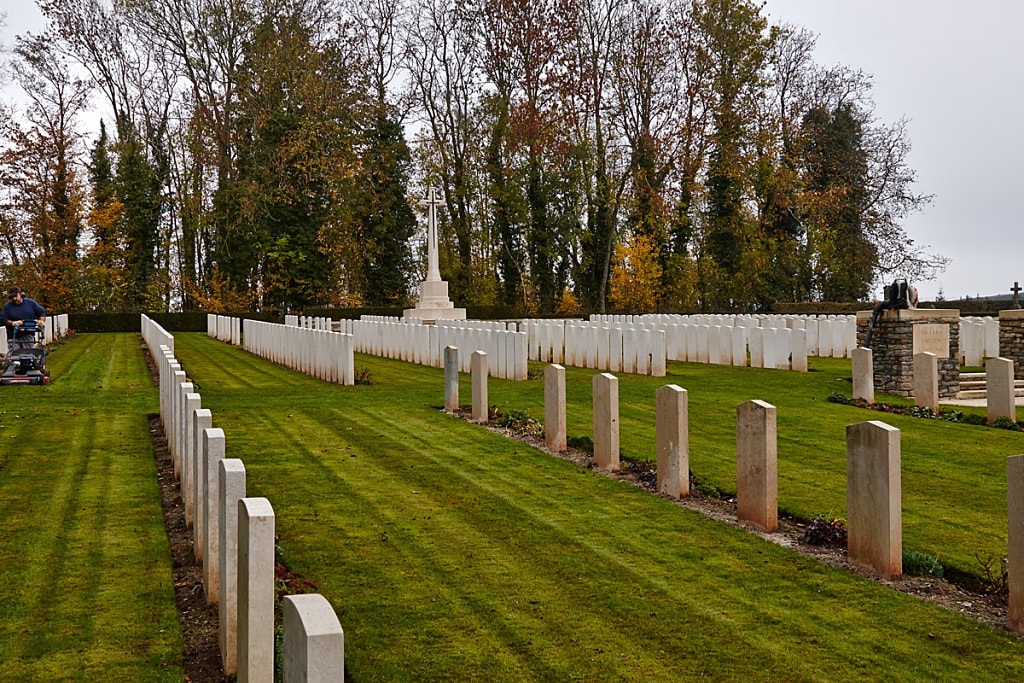 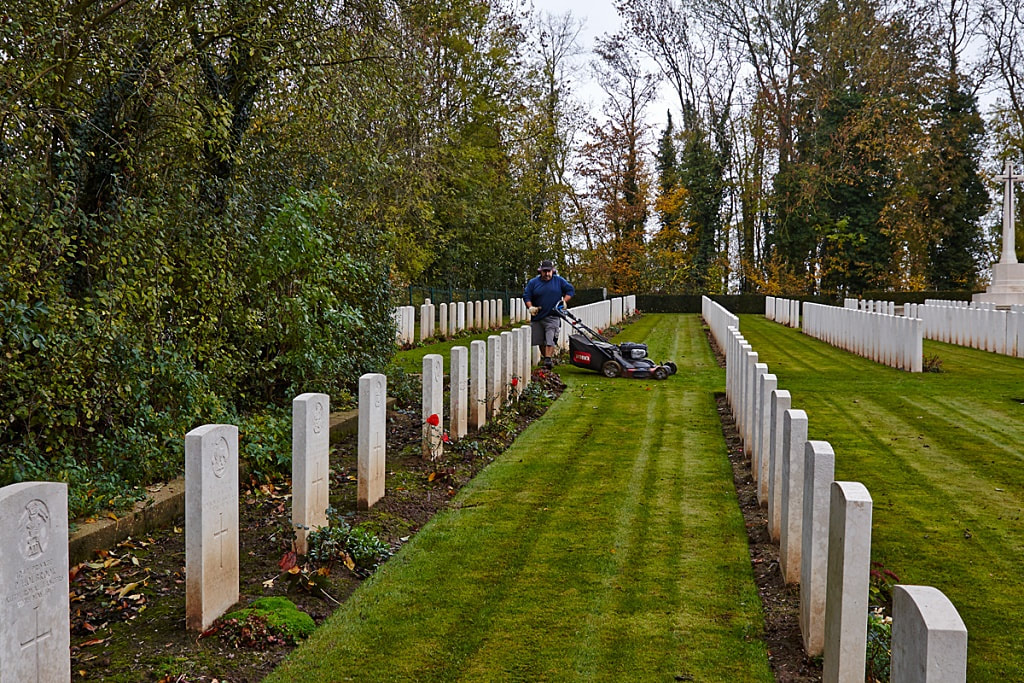 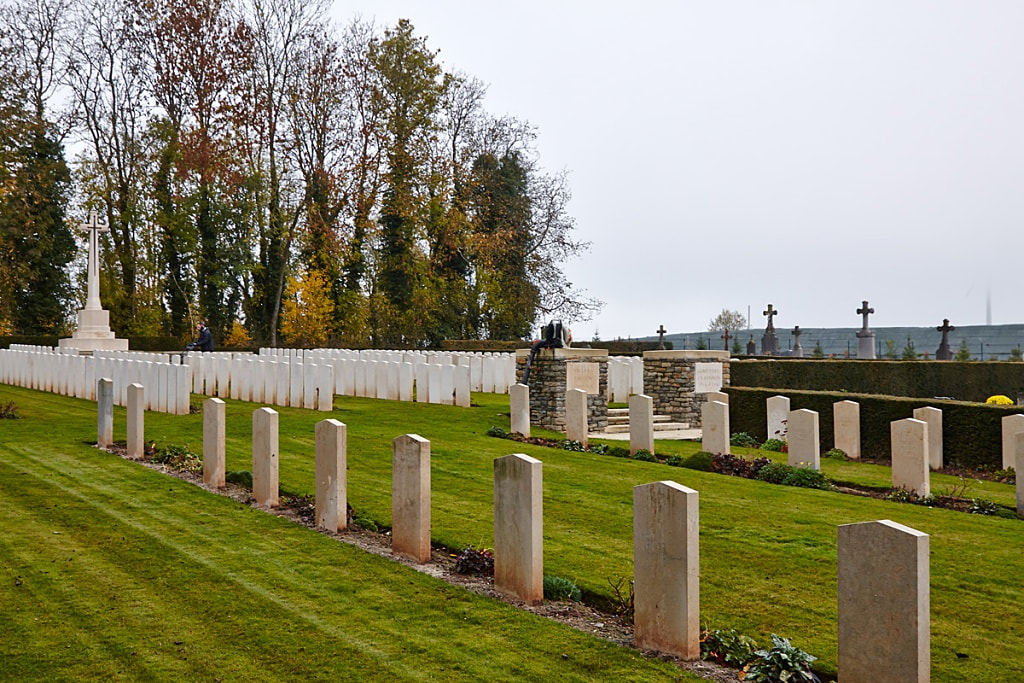 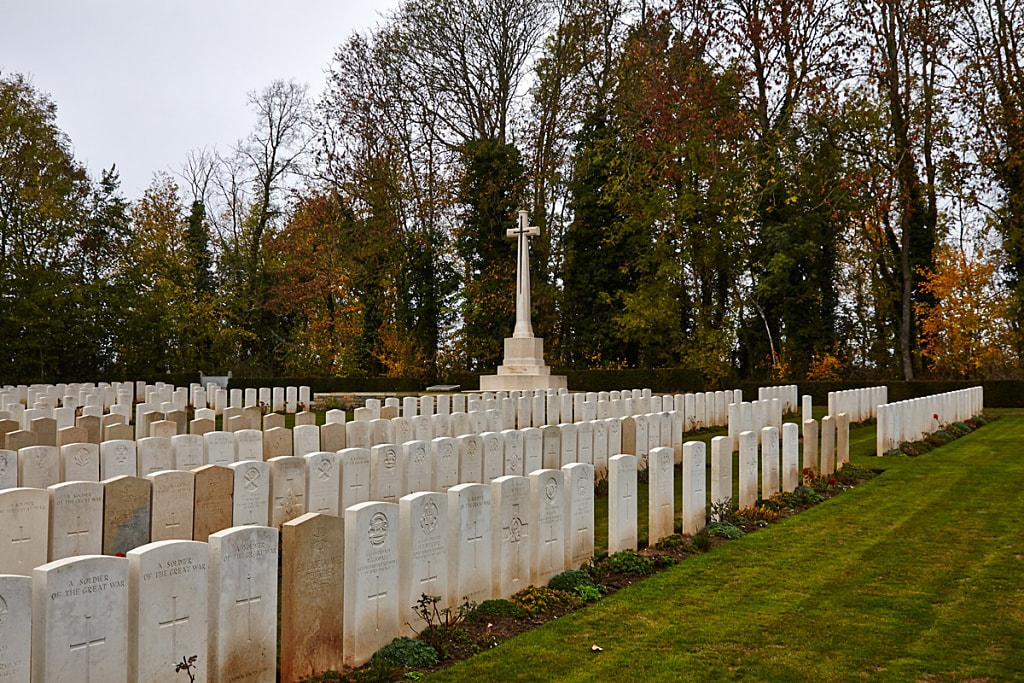 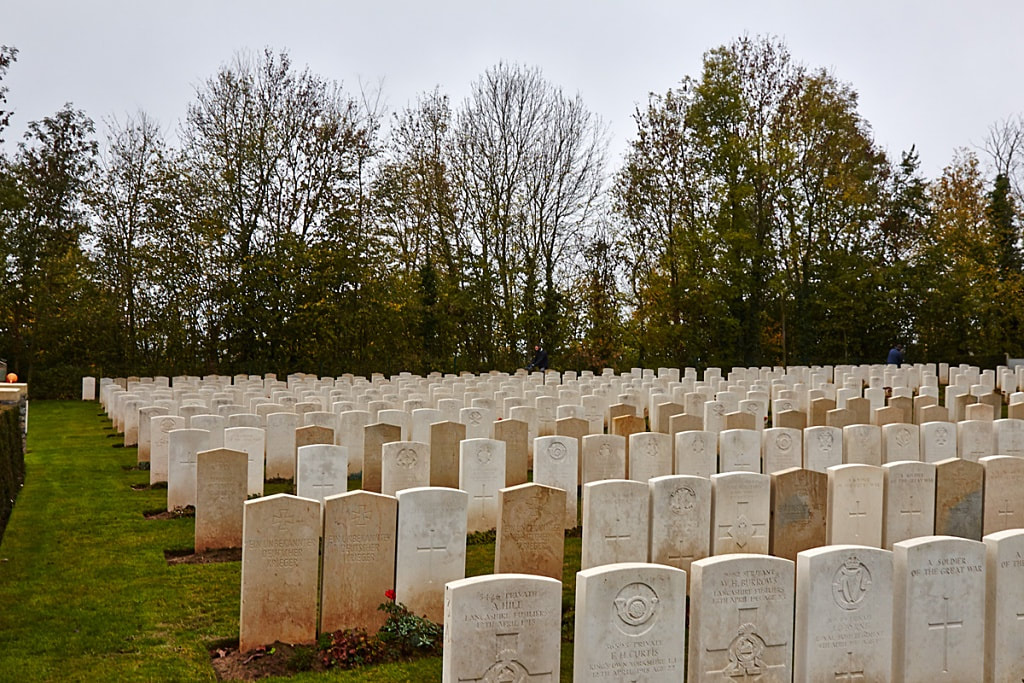 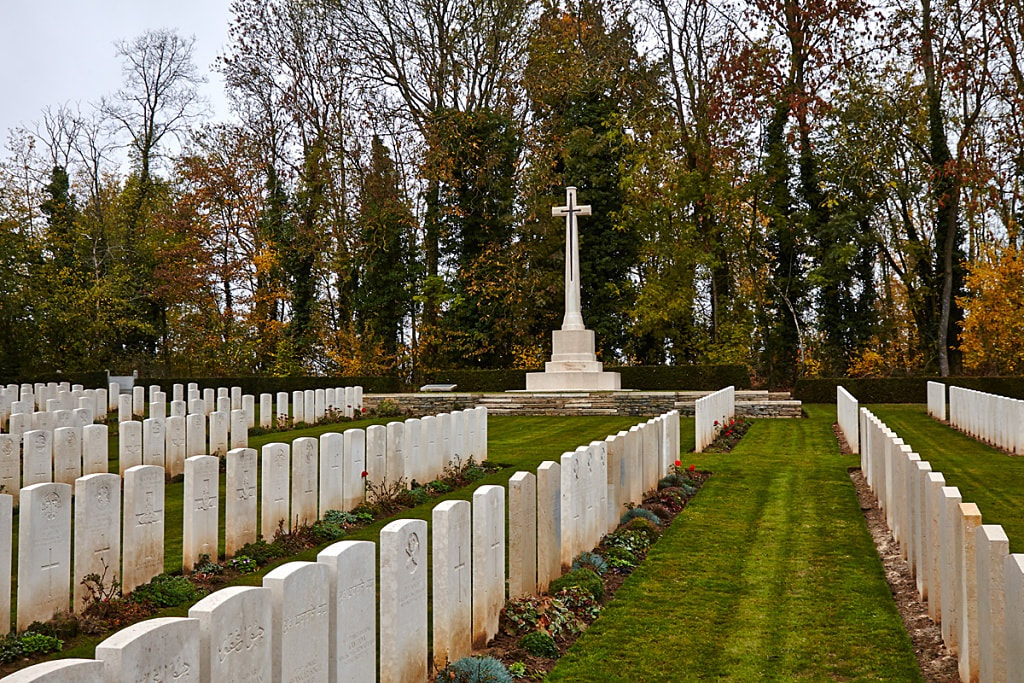 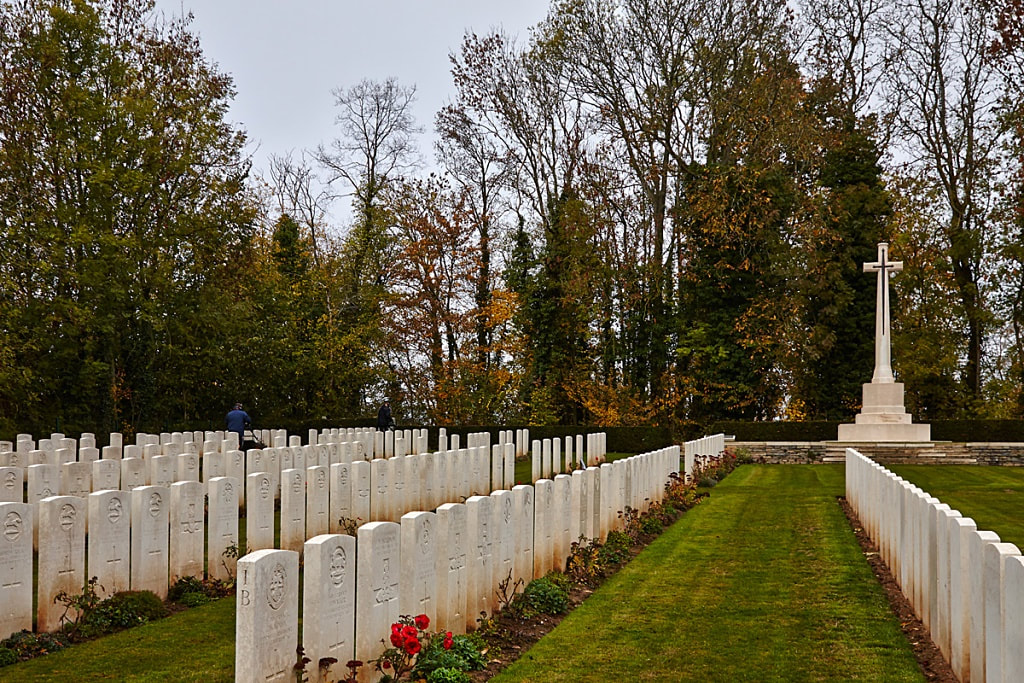 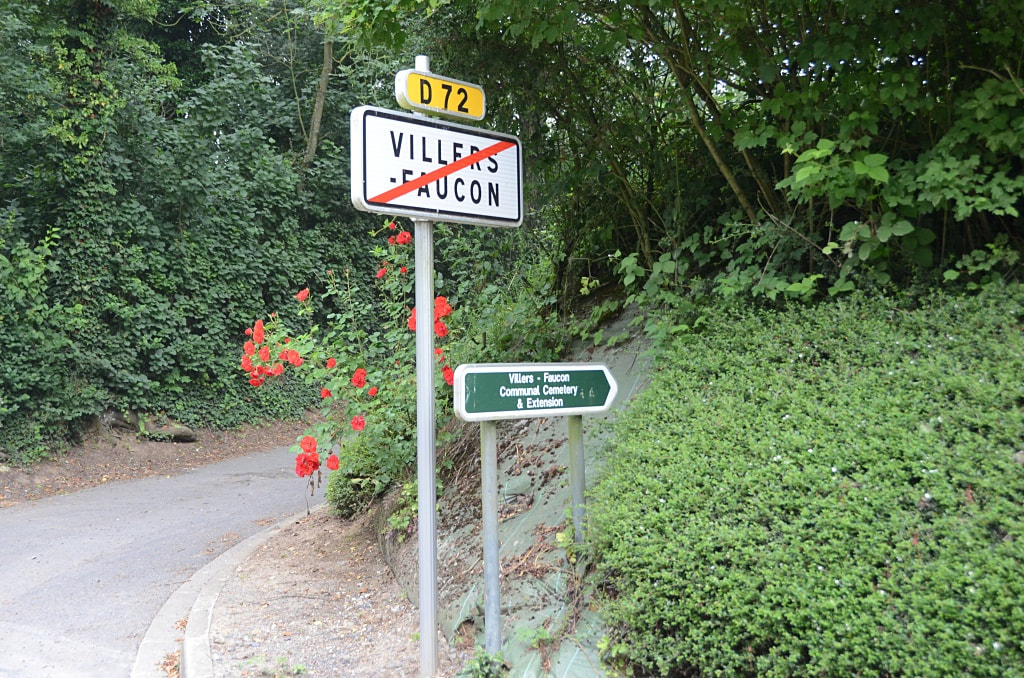 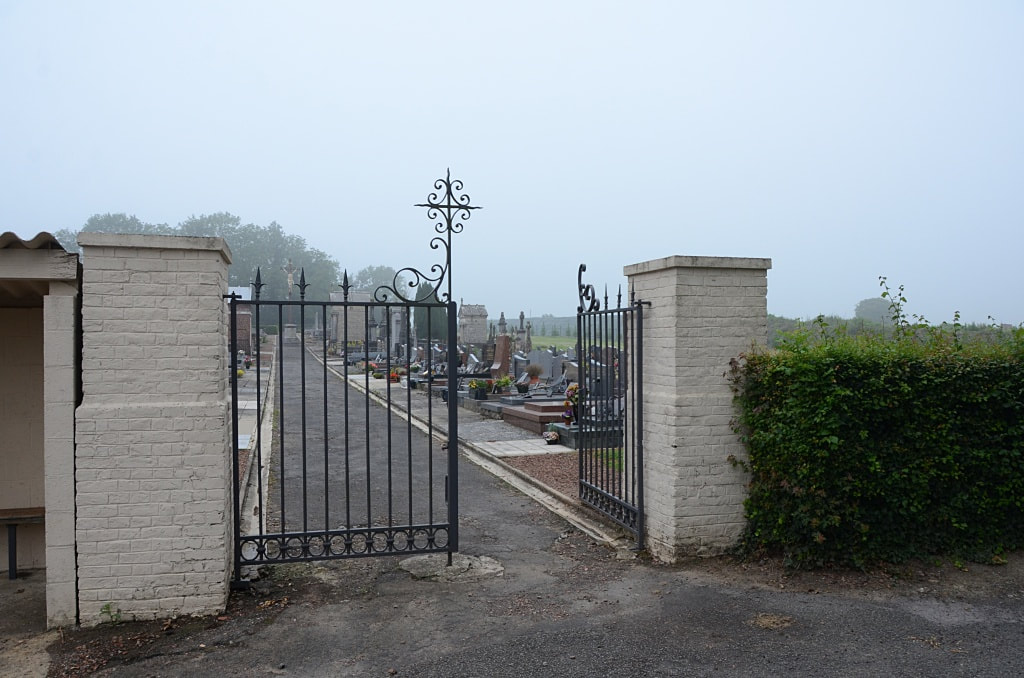 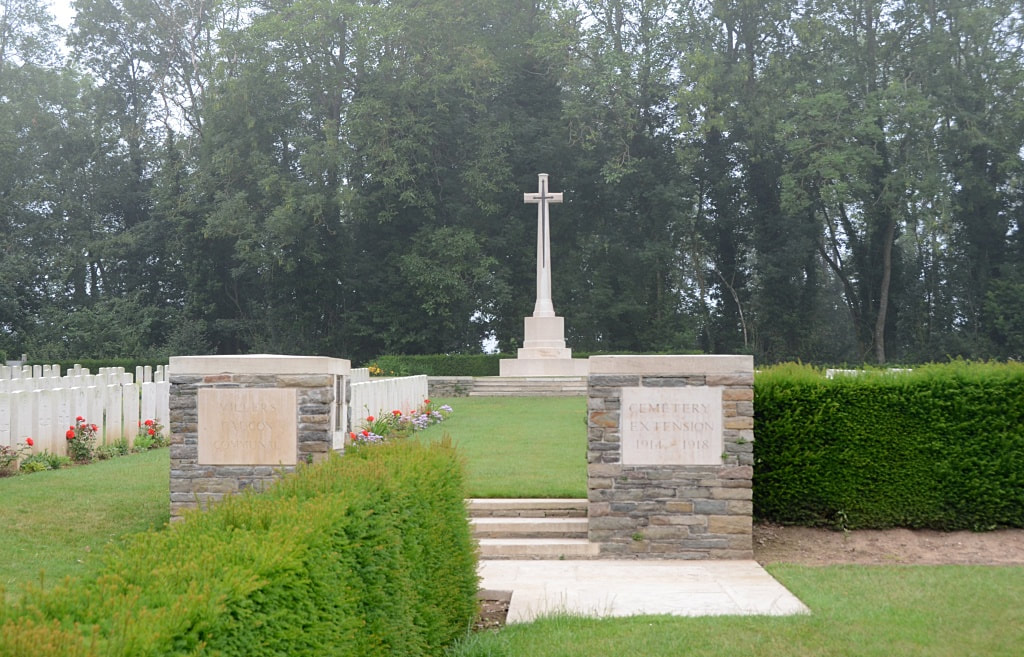 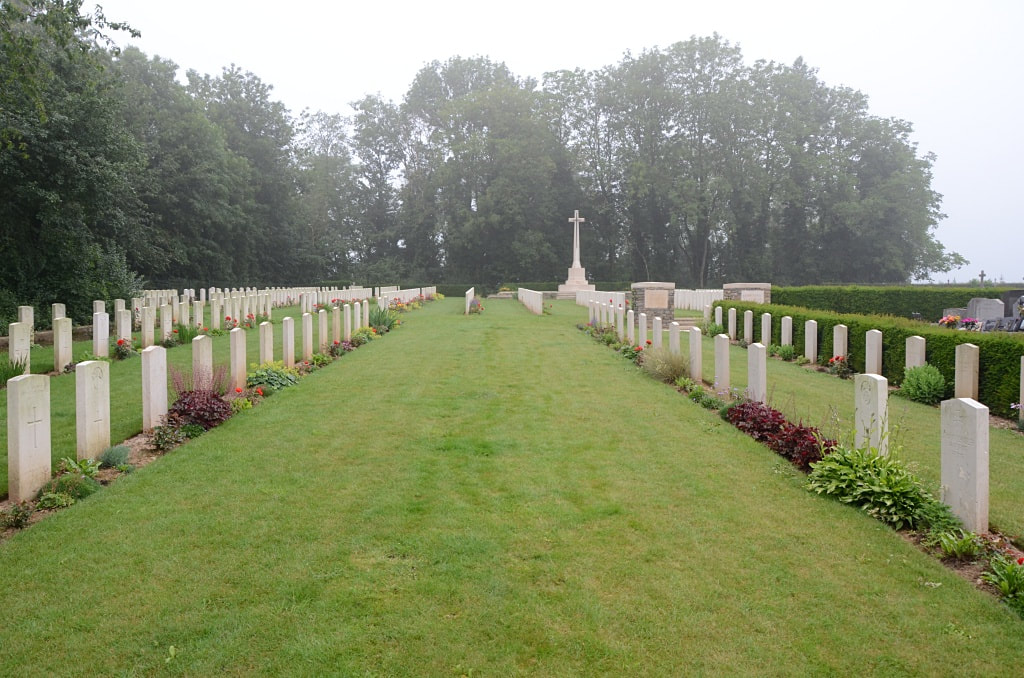 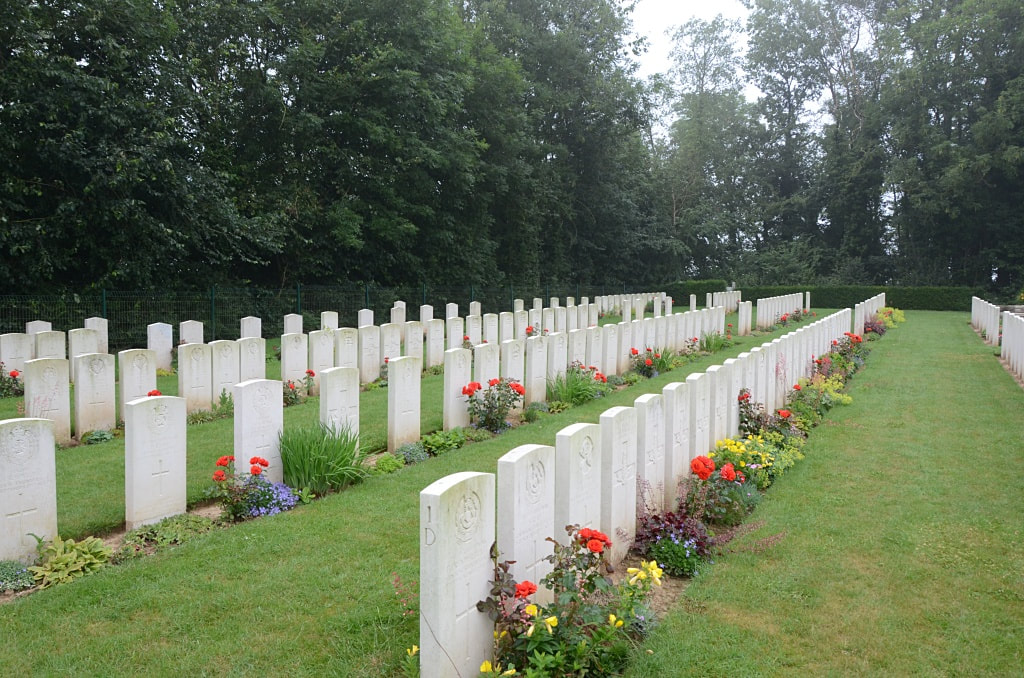 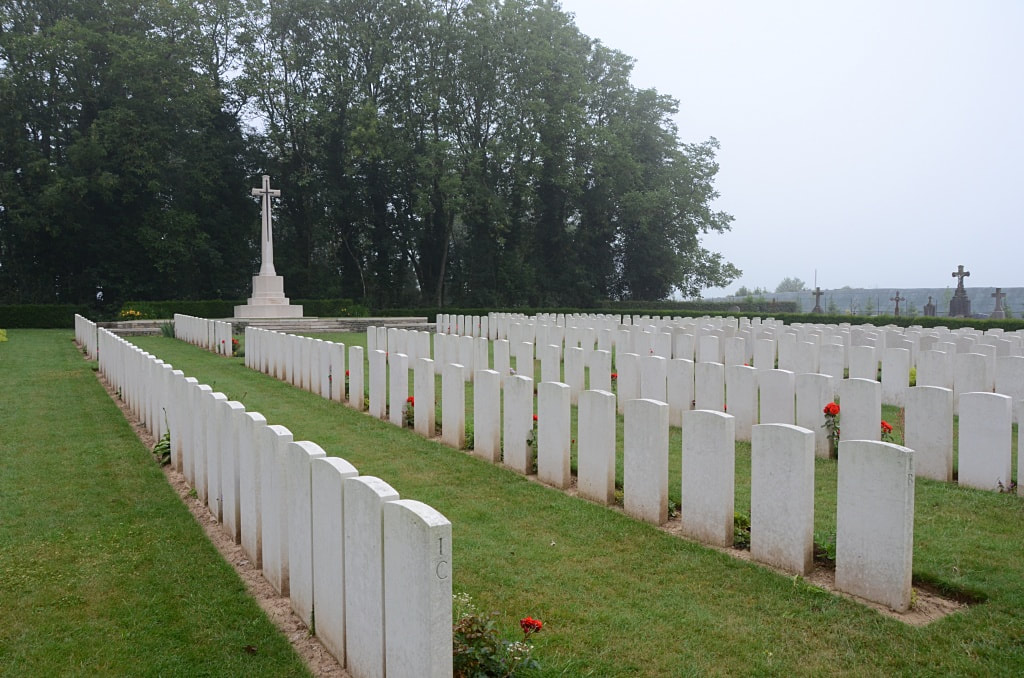 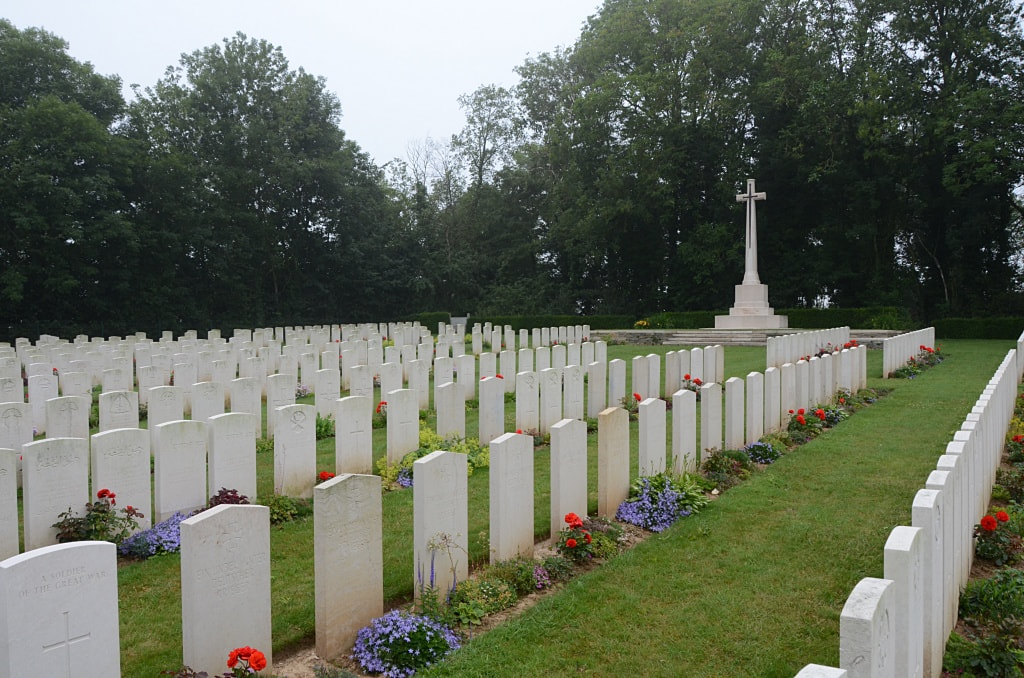 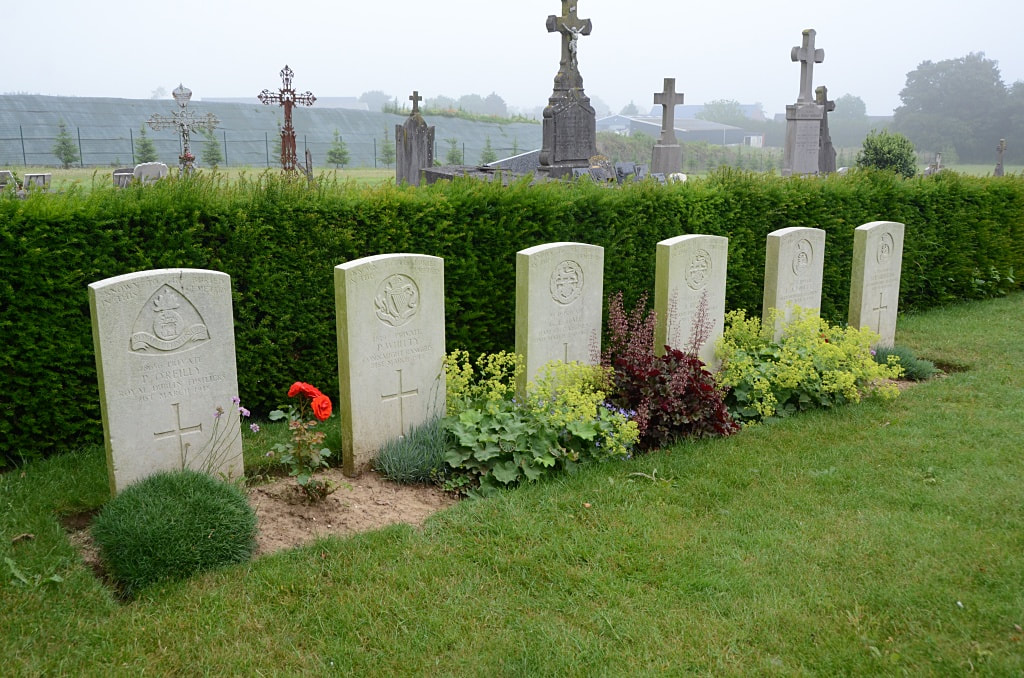 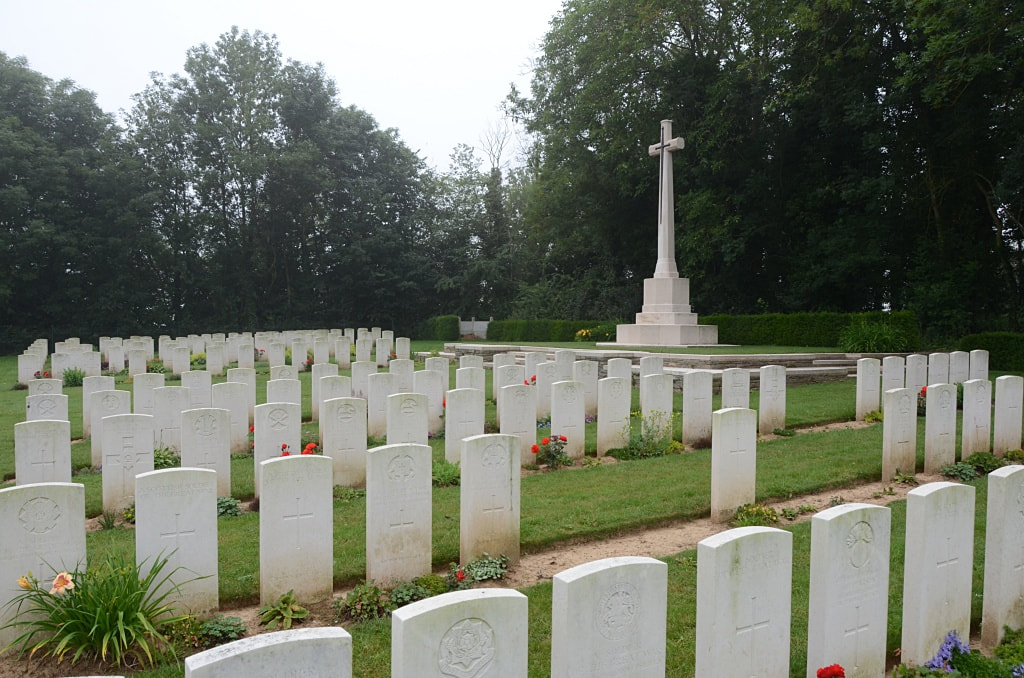