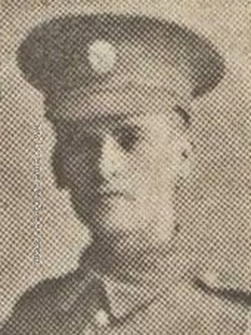 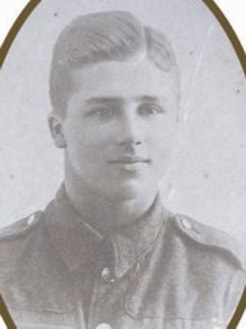 Edward Clarke was born in Winkfield, Berkshire on 29th November 1884 just two months or so after Ellesmere College had opened its doors to the first intake of students. His father, John, was a butler who worked for various families in England and Wales during his career. The 1891 Census records the family still resident at Winkfield with an elder brother, John, and sister, Mary Ann, at home.

Just two months before his eleventh birthday, on 20th September 1895, Edward was admitted to the college and allocated to the ‘Conqueror’ dormitory. For the previous two years he had been educated at Winkfield School and his home address was now at Westfield Lodge, Bracknell. He was placed in Form Lower I under the instruction of Mr. C. D. Penn, himself an Old Ellesmerian. There were one hundred and ninety four pupils on the nominal roll.

Despite boarding for three years, remarkably little is known about his time at the college. The only sporting reference that can be found is when he played cricket for his dormitory in his final summer. There are no academic records other than that he was quite an accomplished violin player. At the end of term entertainment at Easter 1896, The Ellesmerian reported that “E. Clarke came next with an impromptu on the violin which was played very nicely”. Two years later it was said that he, along with a fellow pupil, “added a lot to the effect of some of the songs by their violin accompaniment”.

At the end of the summer term 1898, Edward left Ellesmere. Three years later the 1901 Census recorded him as a 17 year old apprentice printer boarding at Arundel Road, Oswestry. His father was, at this time, working as a butler at Gloddaeth Hall, Penrhyn, Caernarvon.

Ten years later Edward was still in the print industry working as a cost clerk. He was 26 years old, single and living at his uncle’s house at Boston Road, Brentford on the boundary with Ealing.

Like hundreds of thousands of other men, Edward enlisted into the armed services to fight for his King and Country. His service records have not survived apart from his Medal Card. The information on this single document is very sparse but it shows he originally enlisted with the 1/22nd London Regiment (attached the Royal West Surrey Regiment), probably at a recruitment centre in Ealing, as Private Clarke, Service No: G 73047. The letter ‘G’ in his service number indicates he was in General Service.

He saw service with the 2/5th Nottingham and Derby Regiment (with Service No: 102673) and with the 6thBattalion, the Royal West Kent Regiment. With this last regiment he was promoted Corporal and also had to memorise yet another Service Number (17799). The card does not show an embarkation date, nor the award of the 1914-1915 Star and, as such, it can be assumed that he did not serve overseas prior to 31st December 1915.

Exactly where Edward saw active service is not known but he died on 30th August 1918. As was the case for thousands of other soldiers, his body was never recovered and his life is commemorated on the Vis-en-Artois Memorial. He was awarded the Victory Medal and the British War Medal. 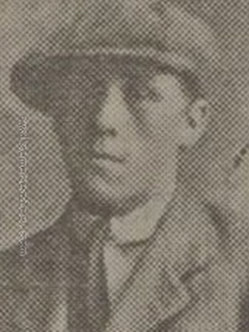 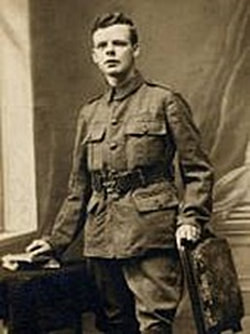 Remembered with honour on the Vis-en-Artois Memorial

Eldest son of William and Mary Ann Constantine, of 10 Southfield St., Bolton brother of Margaret, Percy, Gladys, Lillian, Beatrice and Harold.
The image on the left shows 'Billy' when he first joined up, then follows a newspaper image showing him with his father leaving Buckingham Palace where he had received his Military Cross and the final image shows him as a second lieutenant on leave after being wounded.
​
Photo courtesy of Sharon (Mallory) Gigliotti, maternal great-niece of Captain William Constantine. His sister Margaret was my grandmother. He was remembered always with enduring love and affection. 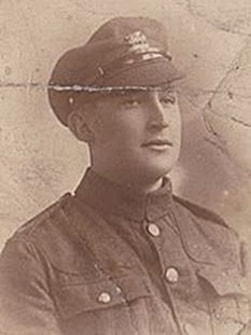 Thomas pictured with his wife and 2 daughters. 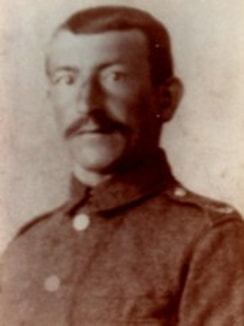 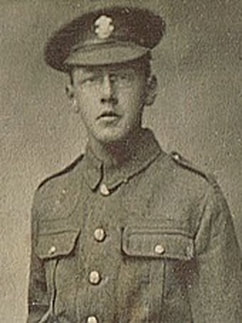