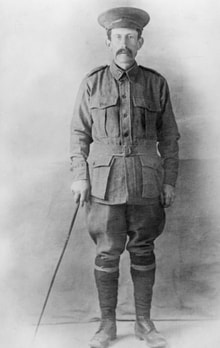 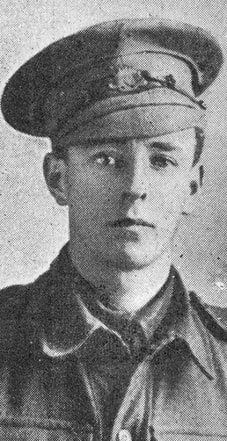 ​
From Newtown, Sydney, NSW. A marine fireman prior to enlisting, he embarked from Sydney aboard HMAT Star of England (A15) on 8 March 1916. He died on 2 September 1916 at the 2/1st South Midland Casualty Clearing Station, Warloy, France, of wounds received in action, on 29 August 1916, aged 23. 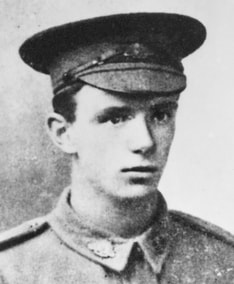 Studio portrait of 4551 Private (Pte) Ronald Edward Macarthur, 14th Reinforcements, 15th Battalion, of Corinda, Qld. A farmer prior to enlisting on 8 September 1915, he embarked from Brisbane aboard HMAT Wandilla on 31 January 1916. Pte Macarthur transferred to the 47th Battalion on 20 April 1916. He died of shrapnel wounds on 11 August 1916, in France, aged 20 years. He was a descendant of Phillip Gidley King, Third Governor of NSW, one of over 50 whom served in the First World War. 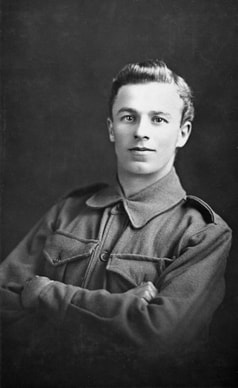 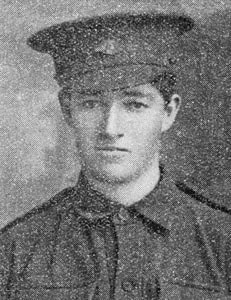 Of Surry Hills, Sydney, NSW. A labourer prior to enlisting, he embarked from Sydney aboard the HMAT Euripides (A14) on 2 November 1915. He was wounded in action at Pozieres, France and died of his wounds on 26 July 1916, aged 25. 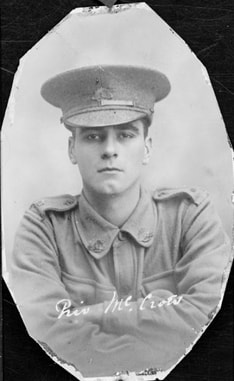 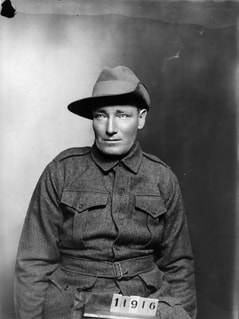 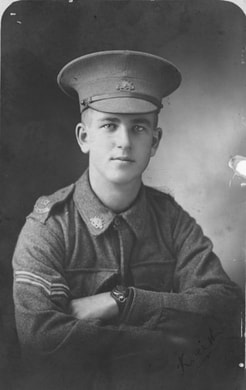 Studio portrait of 3869 Acting Corporal (A/Cpl) Keith Robert Douglas McFadyen, 19th Battalion. A grocer of Arncliffe, NSW, prior to enlistment, he embarked with the 9th Reinforcements on 20 January 1916 aboard HMAT Runic (A54). On 26 July 1916 A/Cpl McFadyen died of wounds received at Pozieres. He was aged 19 years. 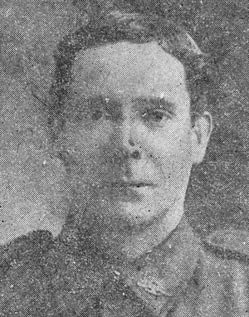 Studio portrait of 3181 Private (Pte) Charles Michael McFarline, 4th Battalion of Liverpool, NSW. Employed as a fellmonger prior to enlistment, he embarked on board HMAT Suevic (A29) on 20 December 1915. Pte McFarline served on the Western Front and was fatally wounded by a sniper at Pozieres on 19 August 1916. He was 33 years of age. 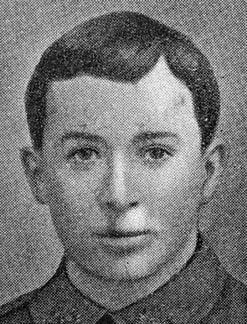 Also known as William Ray McKenzie, 15th Battalion of Parramatta North, NSW. A labourer prior to enlisting, he embarked from Brisbane in April 1915. He died at the 13th Australian Field Ambulance Station, France on 12 August 1916, aged 22 from wounds received in action near Warloy, France on 9 August 1916. 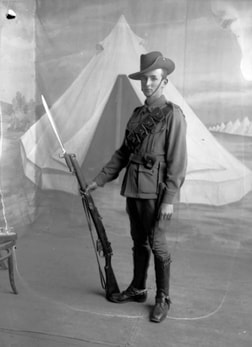 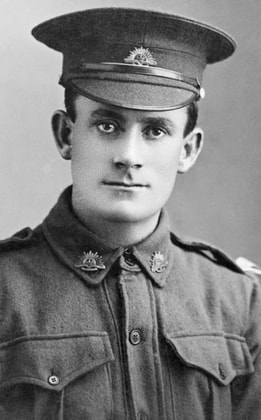 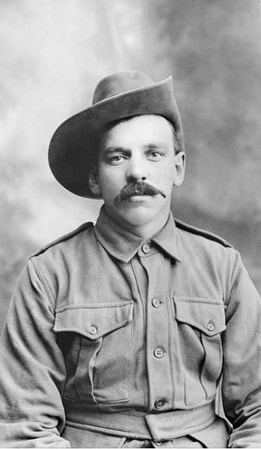 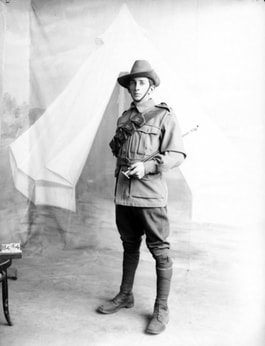 Son of John and Rachel Molloy, of Coolgreany, Wexford, Ireland.

Studio portrait probably of 1550 Private (Pte) Patrick Joseph Molloy, 24th Battalion, of Gunbower, Vic (originally of Coolgreany, Wexford, Ireland). Pte Molloy enlisted on 3 April 1915 and embarked aboard HMAT Euripides on 10 May 915. On 8 June 1918 he was killed in action on 8 June 1918 near Amiens in the Somme area of France. On 12 June 1918 he was awarded a posthumous Military Medal (MM). 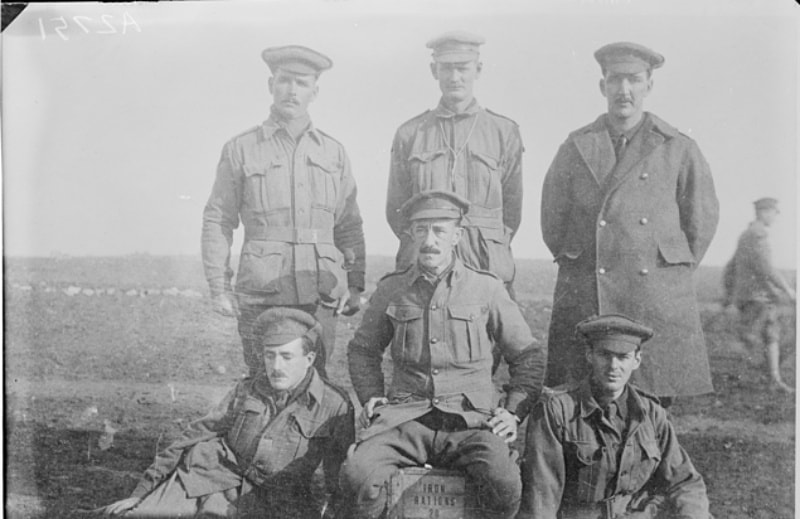 An informal group portrait of officers of the 17th Battalion taken after the evacuation of Gallipoli. Identified, from left to right: back row Lieutenant James Alexander Millar, from Sydney, NSW; Captain Cecil Rodwell Lucas, from Waverley, Victoria and Captain Clive Nigel Smith, Medical Officer from Manly, NSW. Front row from left to right: Captain Harold Woodford Johnson, Adjutant, from North Sydney; Lieutenant Colonel Henry Arthur Goddard Commanding Officer (CO) from Brisbane, Queensland (sitting on an irons rations box) and Lieutenant (Lt) Frederick William Moulsdale, from Sydney NSW. Lt Moulsdale was later promoted to the rank of Captain, served with the 7th Company Australian Machine Gun Corps and when he had gone forward to inspect his unit's guns, was shot by a sniper and died of his wounds on 12 April 1918 . 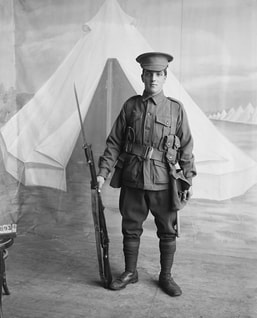 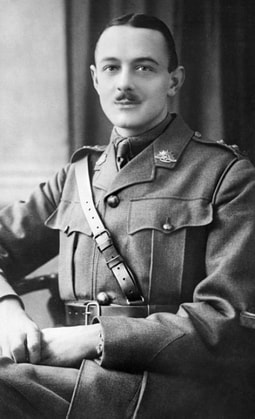 Inscription "Loved Son Of Mr. & Mrs. Oliver Of Malvern His Life The Price Of Peace"

From Oakleigh, Victoria. A 21 year old builder prior to enlisting on 19 August 1914, he embarked for overseas as a Private with the 6th Battalion Machine Gun Section from Melbourne on 19 October 1914 aboard HMAT Hororata. He was promoted through the ranks from Lance Corporal to Sergeant and then to Second Lieutenant on 6 September 1915 and to Lt on 14 July 1916. After serving at Gallipoli, he went on to serve on the Western Front where he was wounded in action on 27 July 1916 near Pozieres, France. Lt Oliver died of wounds on 31 July 1916. 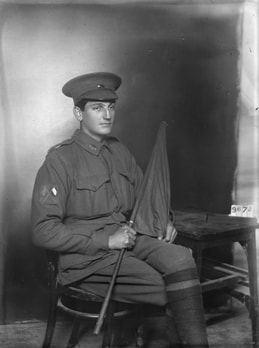 Of Lawson, NSW, wearing the badge which denotes that he is a qualified signaller. Pte Plumb enlisted on 11 May 1915 and embarked aboard HMAT Runic in Sydney on 9 August 1915. On 31 July 1915 he died of wounds at Contalmaison, in the Pozieres area in France, whilst a member of the 5th Australian Machine Gun Company. Note he is holding a signal flag. 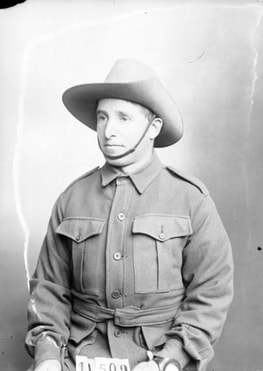 Inscription "Loved By All Who Knew Him"

Son of Charles A. and the late Eliza Isabella Read, of Hazeldene, Yarra Junction, Victoria, Australia. 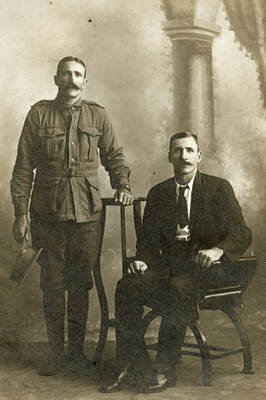 Studio portrait of 4236 Private (Pte) Edward (Ned) Charles Rice, 47th Battalion, left and his brother Walter Rice on the right. A labourer prior to enlistment Pte Rice embarked from Brisbane aboard HMAT Kyarra (A55) on 3 January 1916. He died of wounds on 9 August 1916. His two brothers were also killed in the First World War; and all within a year of each other. 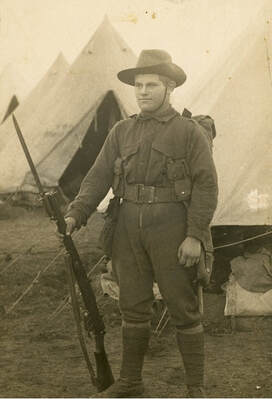 Inscription "Though Lost To Sight To Memory Ever Dear" 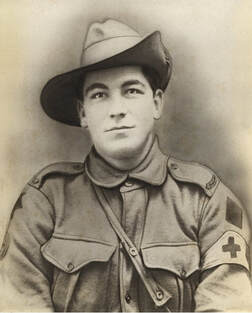 Inscription "In The Dearly Loved Son Of Mr. And Mrs. Roberts Nambour, Queensland"

Son of Robert and Betsey Roberts, of Nambour, Queensland.

Studio portrait of 13645 Private (Pte) Robert Allan Roberts, Army Medical Corps. A locomotive fireman from Nambour, Qld prior to enlistment, Pte Roberts embarked with the General Reinforcements from Sydney on HMAT Kanowna on 29 March 1916. Whilst serving with the 6th Australian Field Ambulance in France he was wounded in action and, on 7 April 1918, aged 23, he died as a result of his wounds and was buried in the Warloy-Baillon Communal Cemetery Extension, France 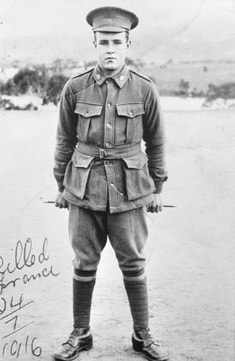 Son of William Patrick and Rose Ryan, of Blessington, Tasmania.