Monchy-le-Preux is a village about 7 kilometres south-east of Arras. Windmill British Cemetery lies to the south of the village on the north side of the main Arras-Cambrai road, the D939.

On 23 April 1917, in the Second Battle of the Scarpe, Infantry Hill (east of Monchy) and Guemappe (due south of Monchy) were captured by Commonwealth troops. Guemappe was lost the same day, but retaken almost at once, and further progress was made in the following days. In May, the 29th Division began this cemetery and buried in it a number of the dead of 23 April. It continued in use until March 1918, and was used again from August to October 1918. In Plot II, Rows D and E, are buried 23 officers and men of the 1st King's Own Royal Lancasters who died in the Battle of the Drocourt-Queant Line at the beginning of September.

Windmill British Cemetery contains 402 Commonwealth burials and commemorations of the First World War. 33 of the burials are unidentified but there is a special memorial to one casualty believed to be buried among them. 
John William GERRING was born in 1895 in Fringford. His parents James & Jane GERRING registered his birth at Bicester in the last quarter of 1895.
The 1901 census shows John (5) living in Main Street, Fringford, with his parents James (39) a road contractor, his mother Jane (38) and siblings, Charles (15) an agricultural labourer, George (13) an agricultural labourer, Edith (12), Elizabeth (10), Thomas (7) and Edward (2).
By 1911 John’s mother Jane had died and his father had married Sarah Marriott, making him a step brother of Charles Thomas Marriott, another Fringford Casualty. John was now living at 36 Manor Road, Teddington as a 15 year old House Boy Domestic, for DR Harold Davidson and his wife Edith.
John initially joined the Kings Royal Rifle Corps as Private R35487 and later transferred to the Machine Gun Corps as Private 84598.
He was killed in action on the 21st December 1917. He is buried in Windmill British Cemetery, Monchy-Le-Preux, France. He is the only one of the Fringford fallen to have a known grave.
John’s father James was the church sexton and lived in old cottage on the site of Rosemary Cottage. 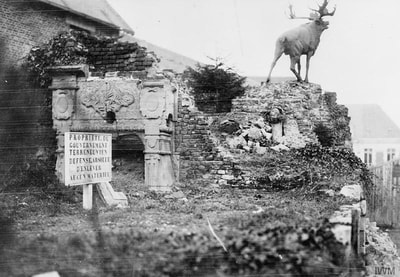 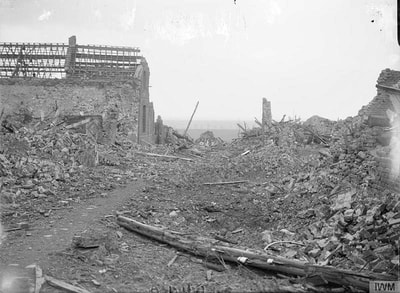 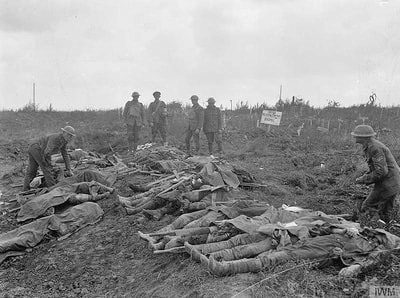