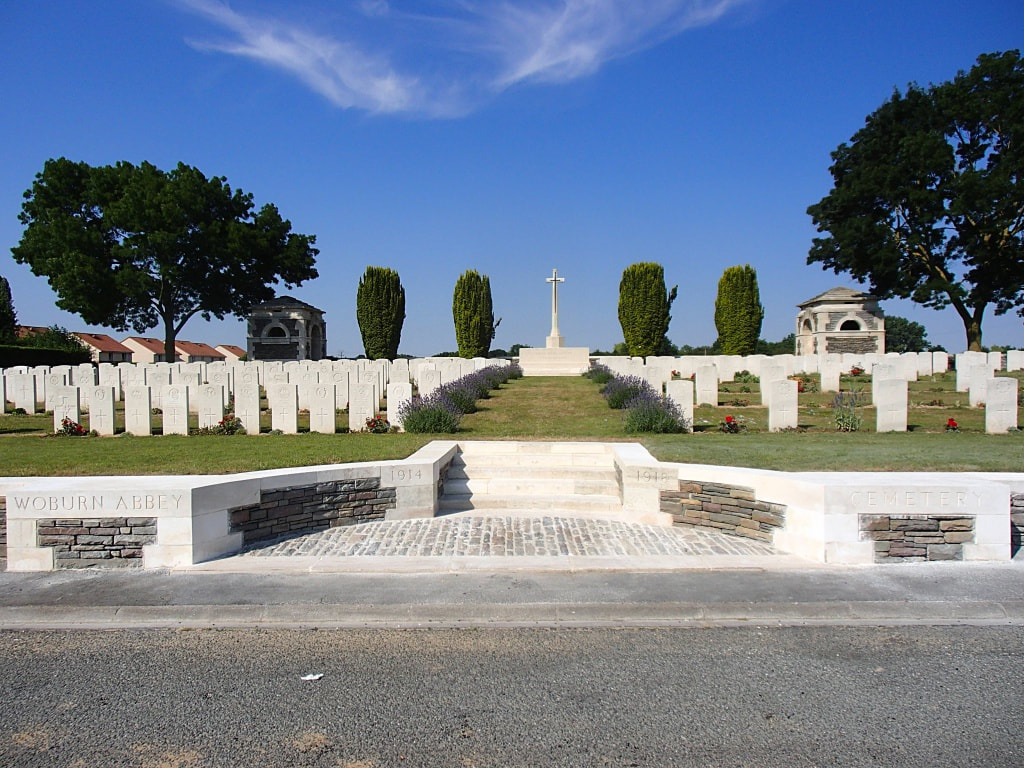 Cuinchy is a village midway between Bethune and La Bassee. Woburn Abbey Cemetery lies to the south-west of the village towards the village of Cambrin. From the church in Cuinchy head south on the D166, after 300 metres turn left. The cemetery is a further 200 metres from the junction on the left hand side.

Cuinchy remained during almost the whole of the war within range of German guns, and the cemeteries in the commune were made, so far as British troops are concerned, by fighting units and Field Ambulances.

Woburn Abbey Cemetery was named from a house on the East side of it used as Battalion Headquarters and as a Dressing Station. It was begun by the Royal Berkshire Regiment in June 1915 and closed in January 1916 on account of its exposed situation, but a few further burials were made as late as April 1918. Plots II to V were added after the Armistice by the concentration of graves from the battlefields East of Bethune and from the following smaller cemeteries:-

THE CHERIOTS, RUE-DU-BOIS, RICHEBOURG-L'AVOUE, was in an orchard on the North side of the Rue-du-Bois West of Richebourg-L'Avoue. It contained 16 soldiers from the United Kingdom and one from India who were buried there in the summer of 1915.

KING'S CLAIRE, CUINCHY, on the road to Givenchy, was where 20 soldiers from the United Kingdom were buried in 1915.

No.1, HARLEY STREET, CUINCHY, on the road running South from Cuinchy station, contained the graves of 29 soldiers from the United Kingdom and two French soldiers, and was used from November 1914 to December 1915.

PONT-FIXE POST OFFICE CEMETERY, CUINCHY, was used at intervals from January 1915 to April 1918, and contained the graves of 35 soldiers from the United Kingdom and one from Canada.

VAUXHALL BRIDGE ROAD CEMETERY, CUINCHY, where 24 soldiers from the United Kingdom and ten from Canada were buried in 1914, 1915 and 1918. The name "Vauxhall Bridge" was given to the bridge over the canal near Cuinchy station.

There are now over 567, 1914-18 war casualties commemorated in this site. Of these, 251 are unidentified and special memorials are erected to three soldiers from the United Kingdom known or believed to be buried among them.

The cemetery covers an area of 2,659 square metres and is enclosed by a low rubble wall. 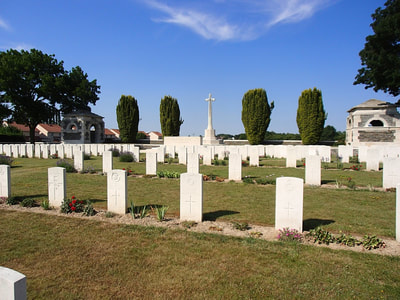 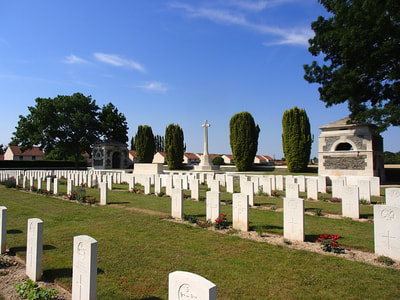 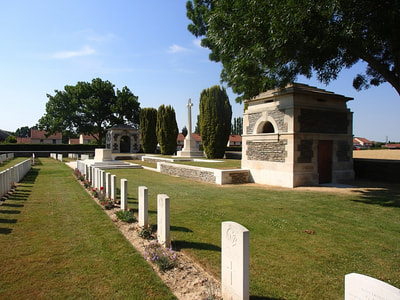 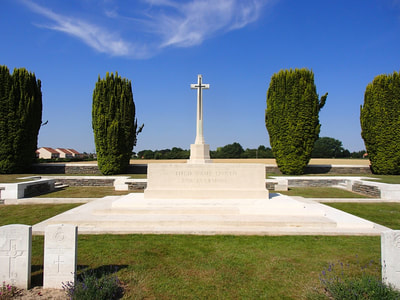 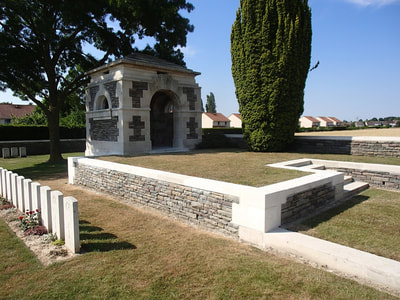 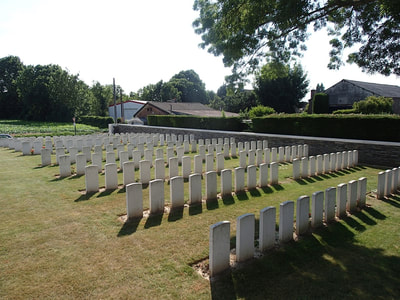 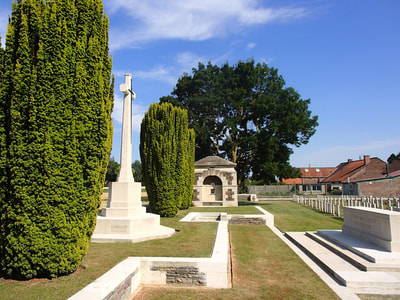 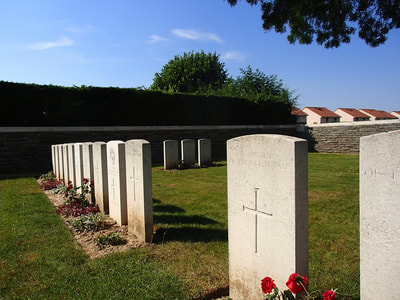 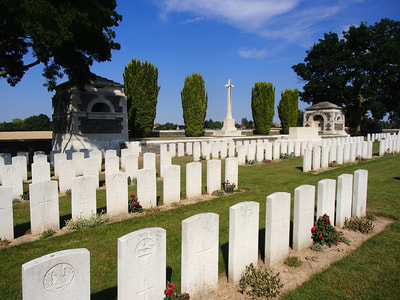 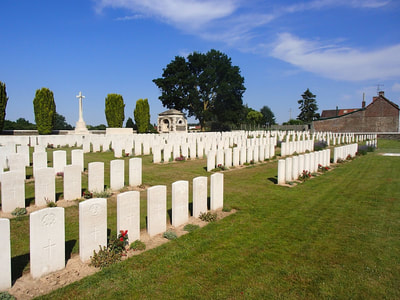 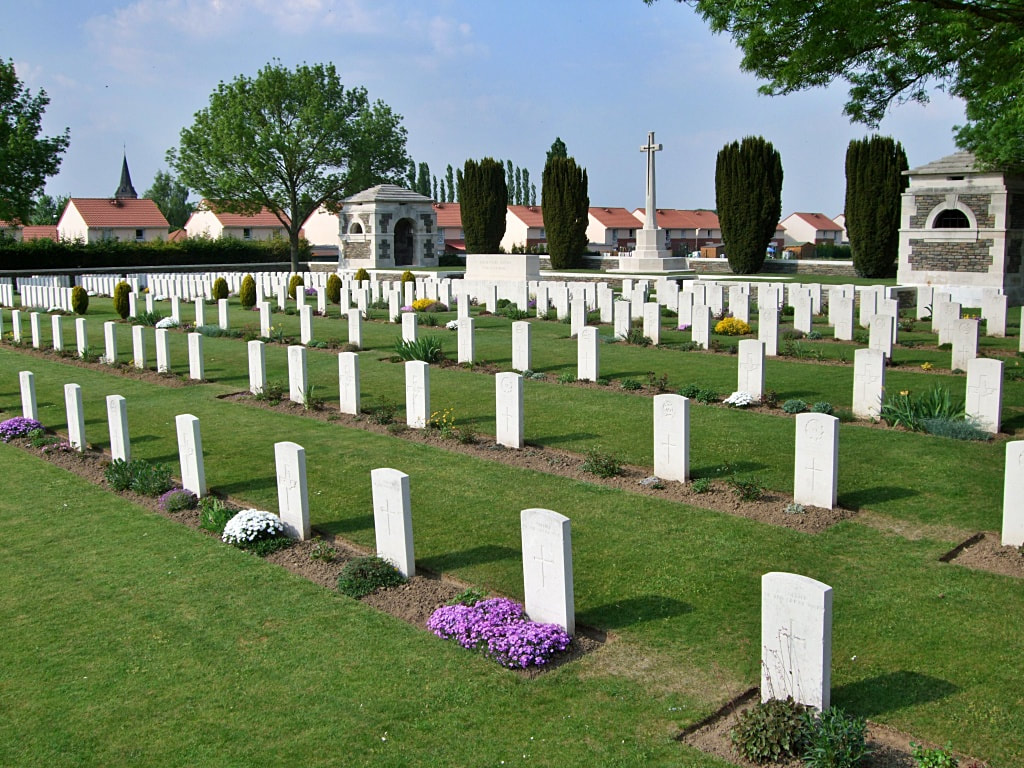 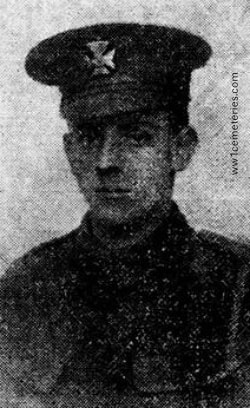 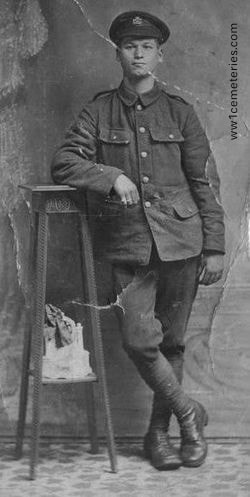 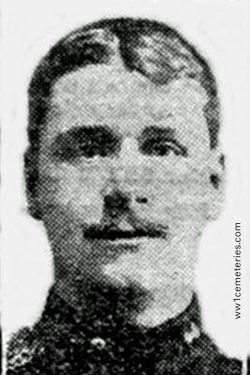 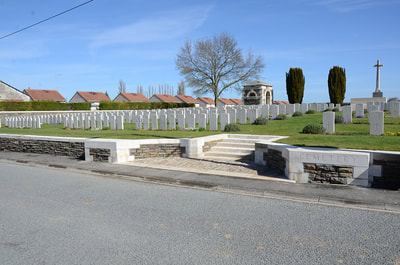 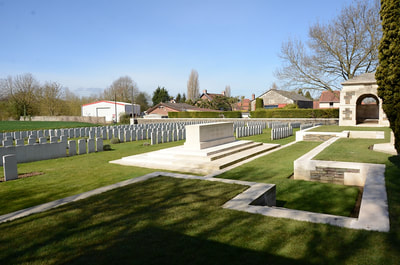 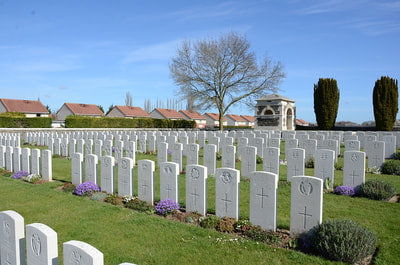 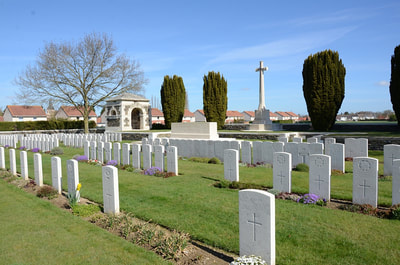 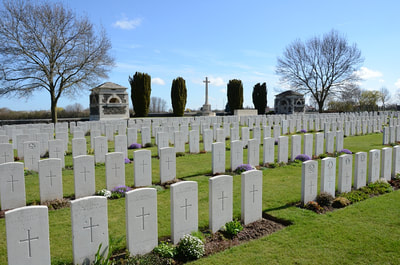 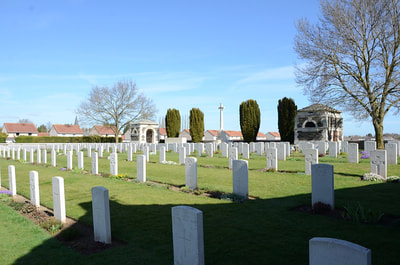 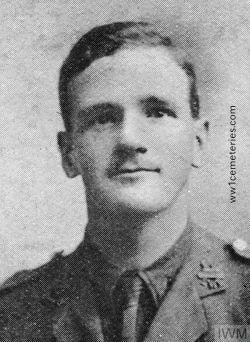 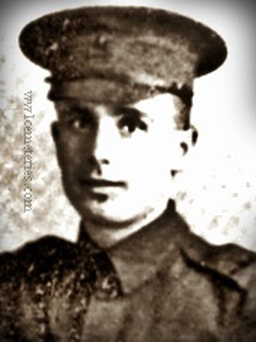 His headstone bears the inscription "God's Will Be Done" 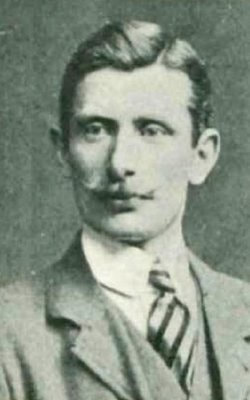 Son of John and Margaret Morrison, of Brodie, Forres, Morayshire. 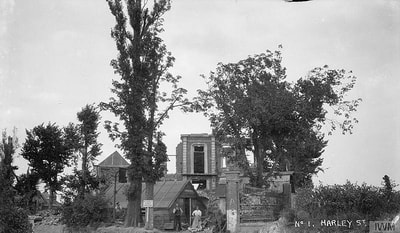 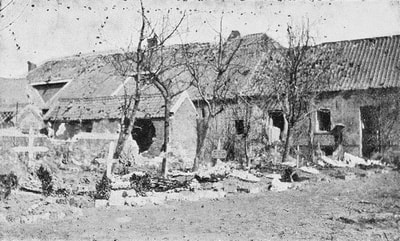 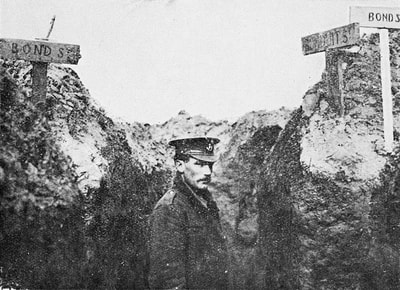 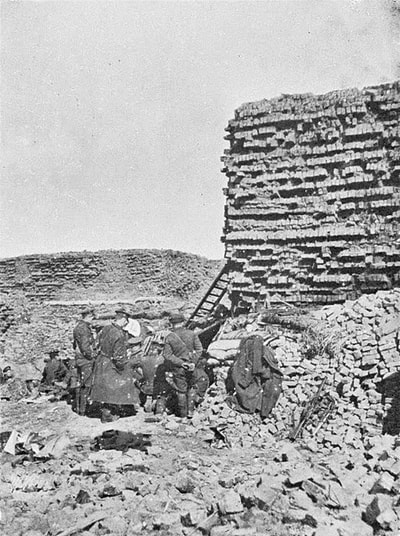 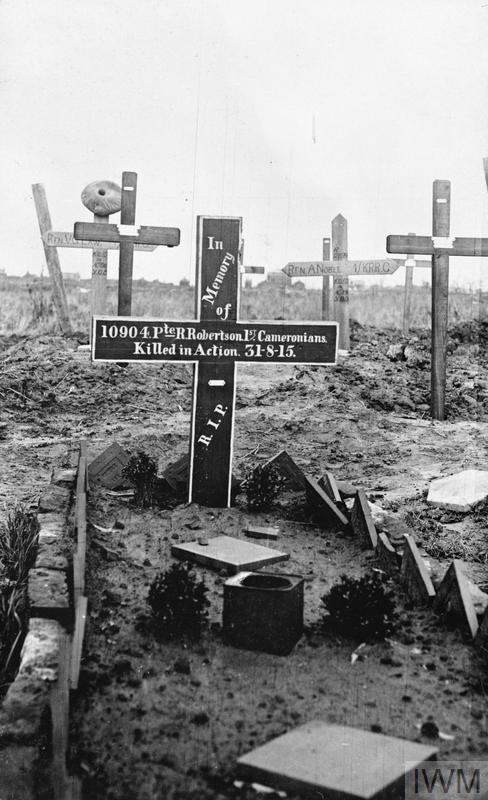