Aix-Noulette is a village in the Department of the Pas-de-Calais, 13 kilometres south of Bethune on the main road to Arras. From Arras take the D937 towards Bethune. At Aix-Noulette, turn right at the church. The Communal Cemetery is a few hundred meters on the left side of the road to Bully-Grenay.

The cemetery contains (near the entrance at the East end) the graves of five soldiers from the United Kingdom who fell in March, 1917. There are also graves in the Extension which are listed in a separate register. 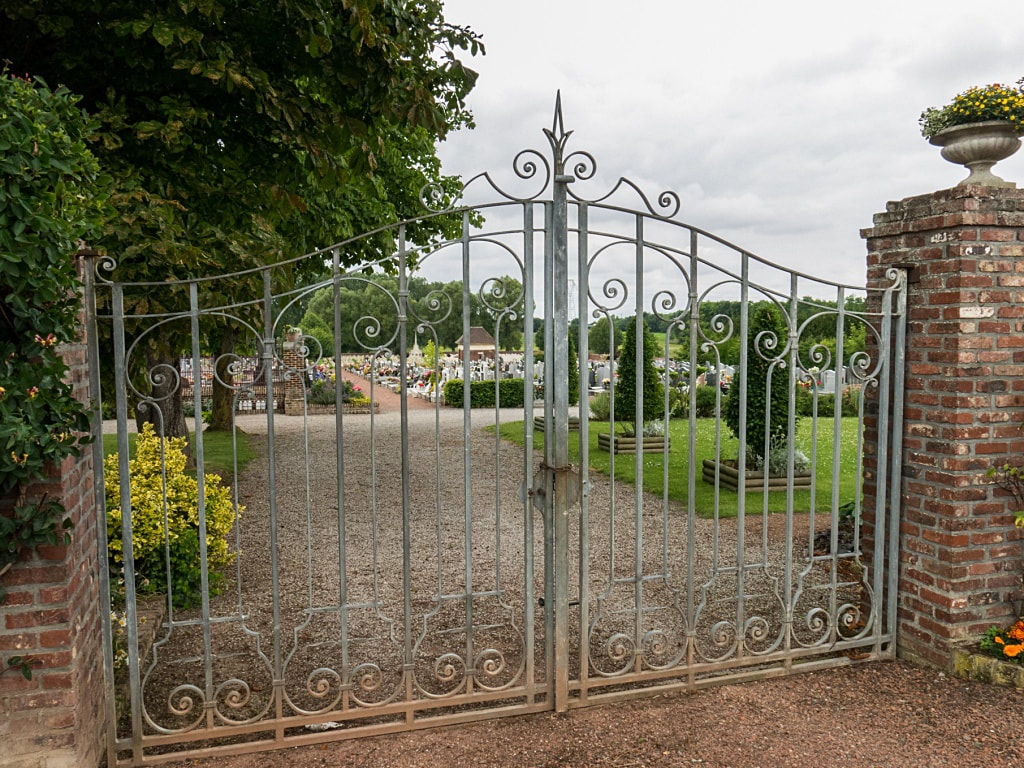 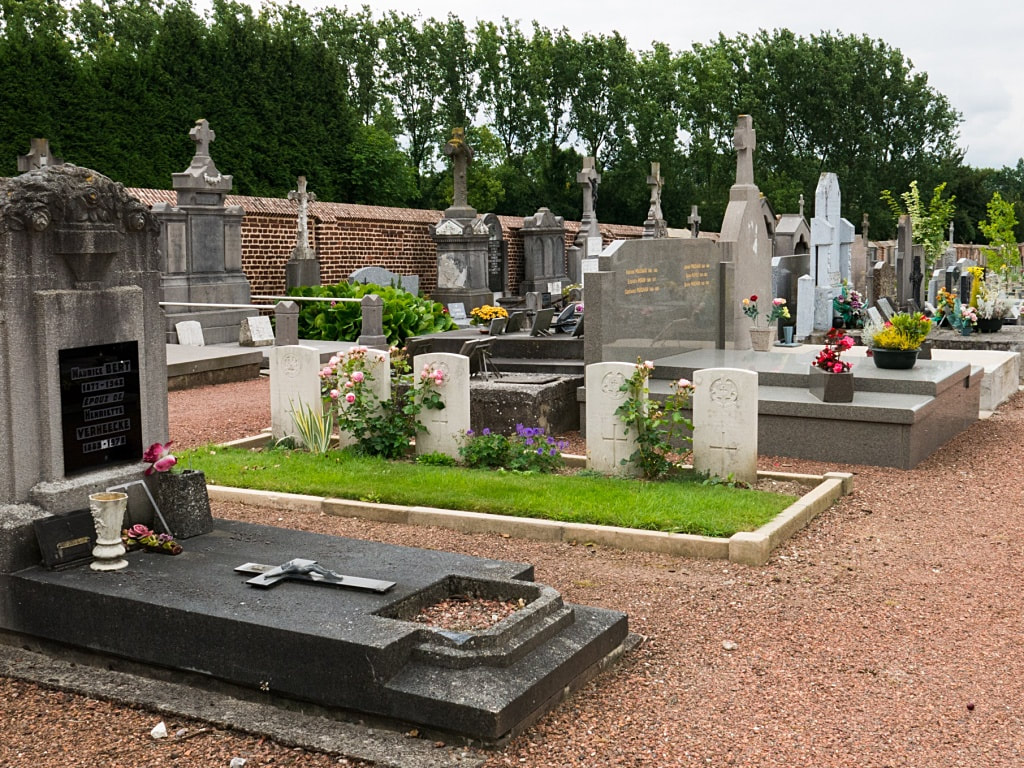 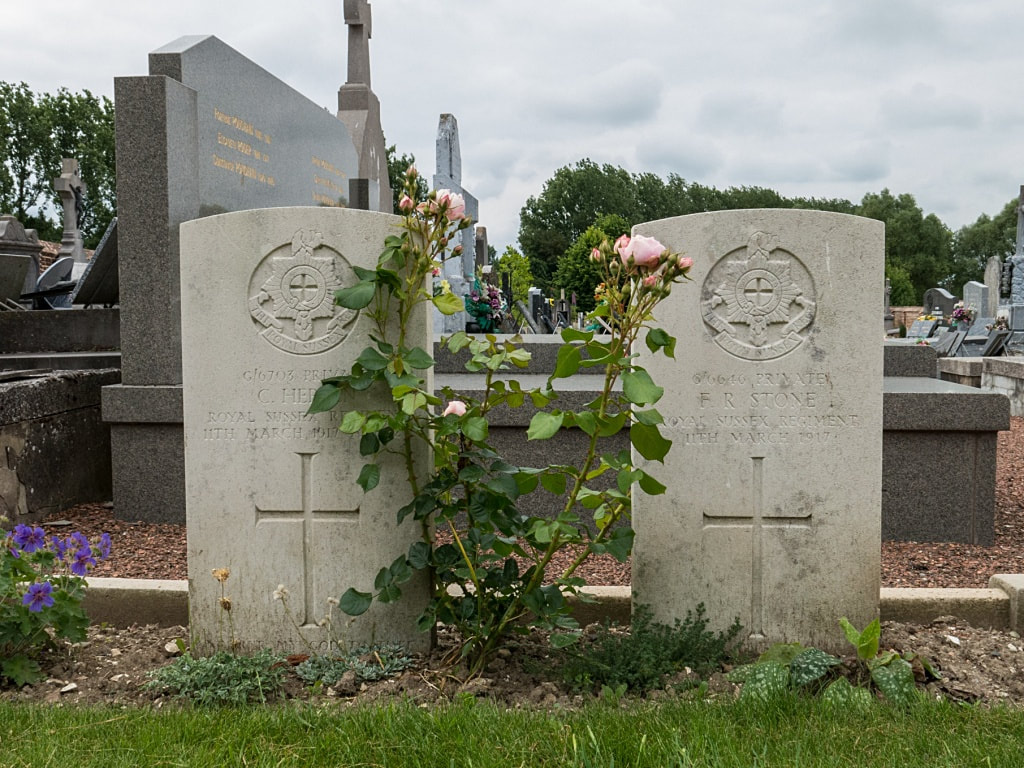 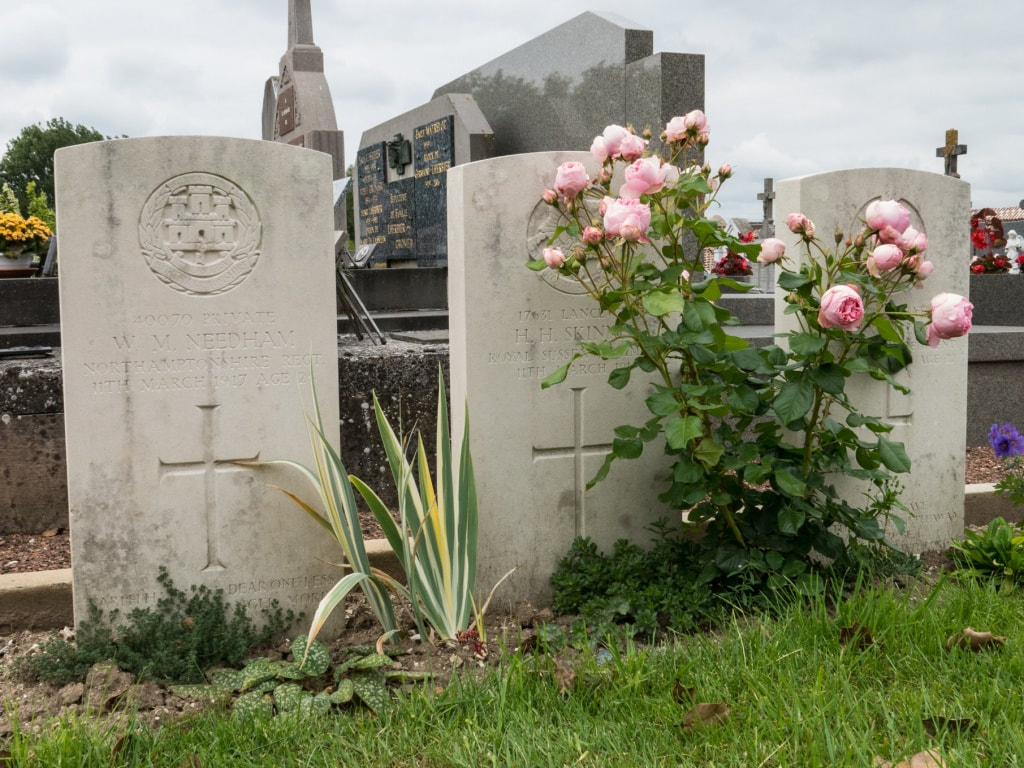 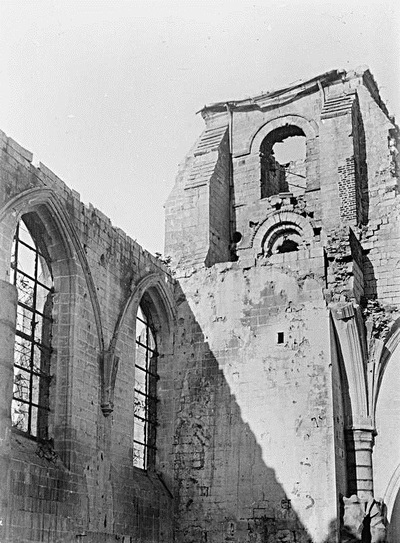 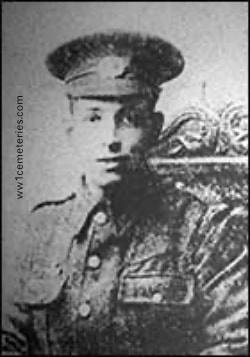