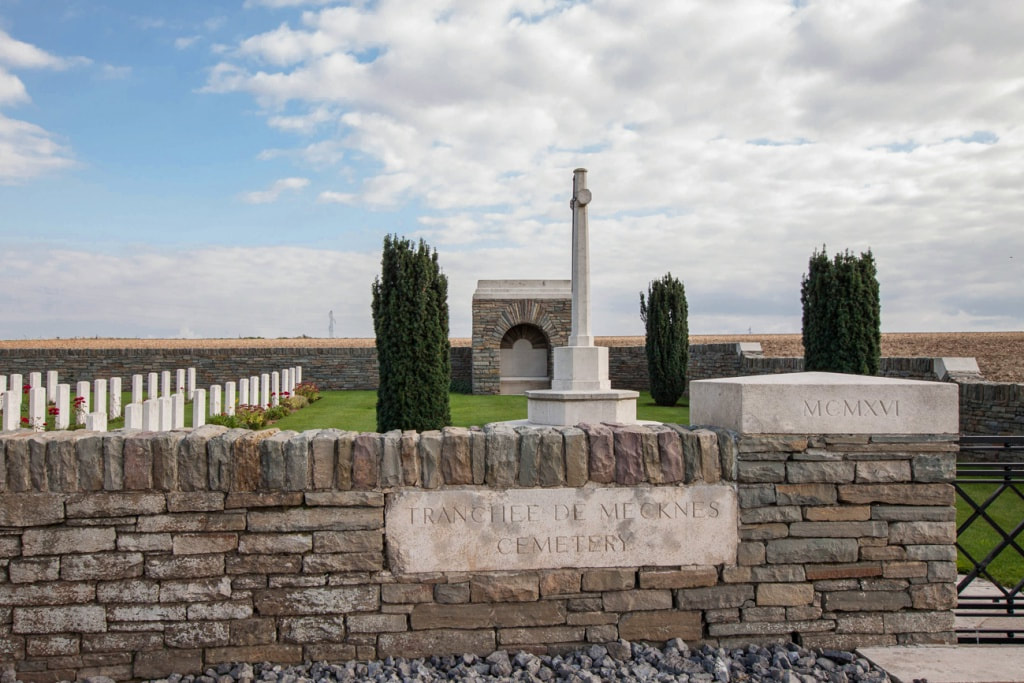 Access to the cemetery is by a rough track which can be difficult under bad weather conditions.

The cemetery was begun by French troops in May 1915, and the trench, and consequently the cemetery, were named from the Arab version of the town of Mequinez in Morocco, from which these troops had come. The cemetery was taken over by British units in February 1916, and besides its present name it was called at times Pioneer Point, Mechanics Trench and Corons d'Aix.

There are now 199 Commonwealth burials of the 1914-1918 war commemorated in this site, 3 being unidentified and a special memorial is erected to one soldier from the United Kingdom whose grave cannot now be found. There are 171 French and 2 German burials here.

The British part of the cemetery covers an area of 1,129 square metres. 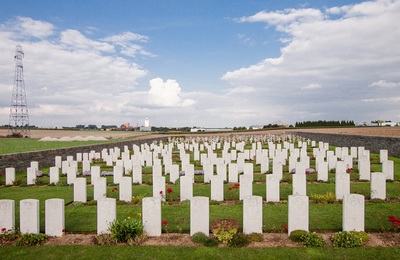 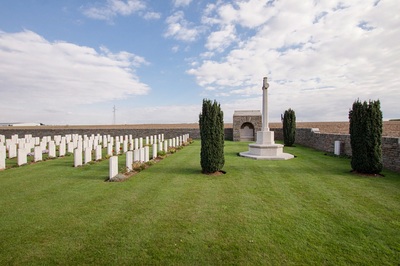 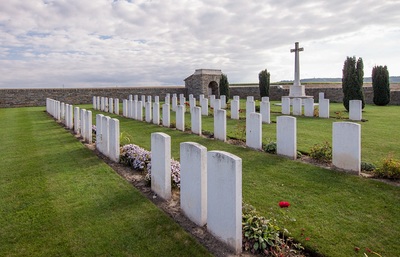 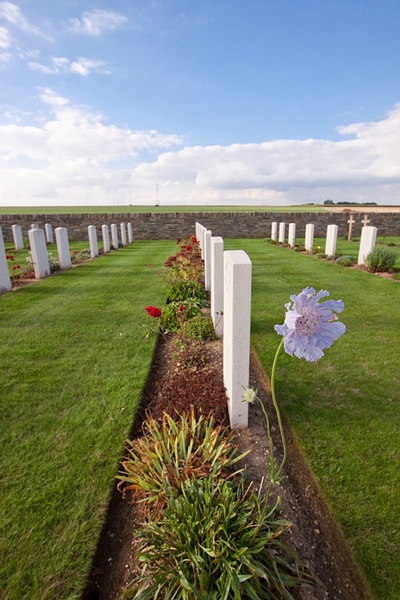 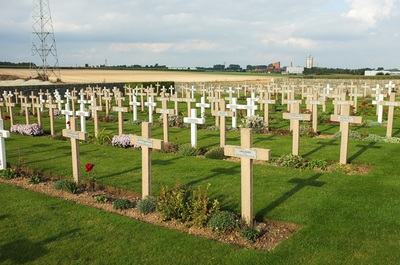 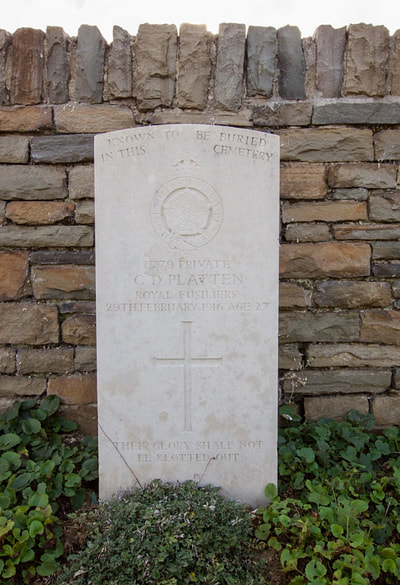 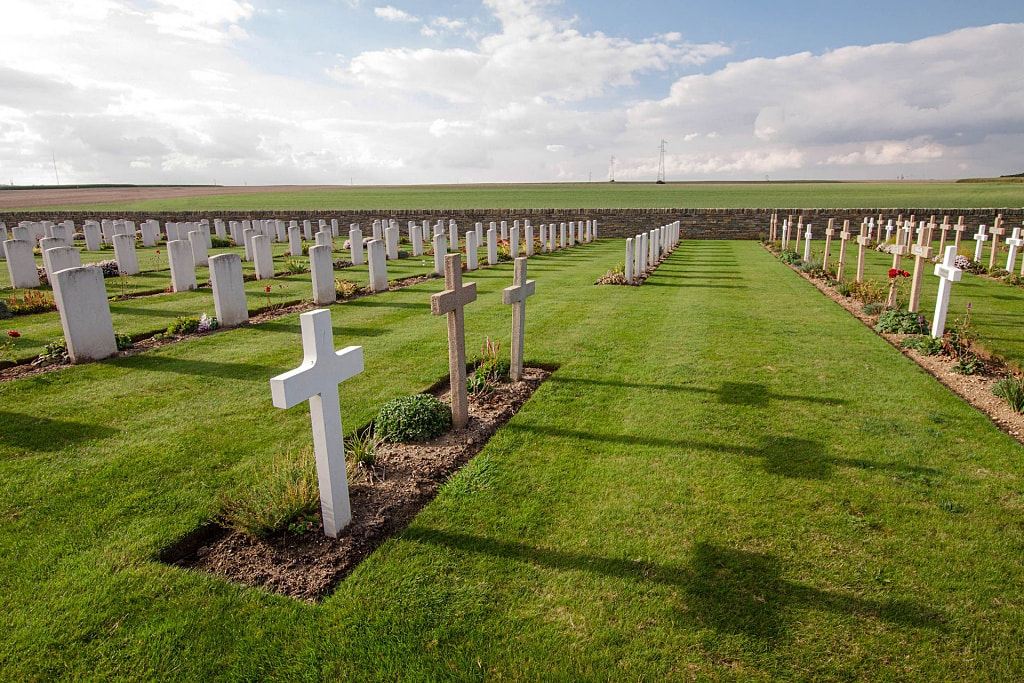 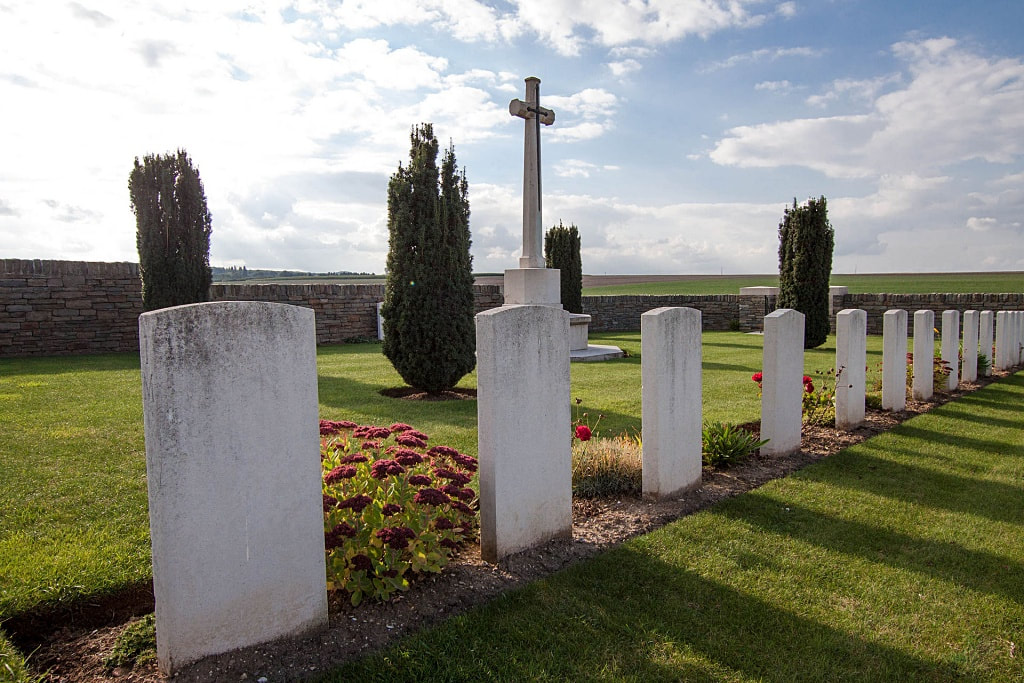 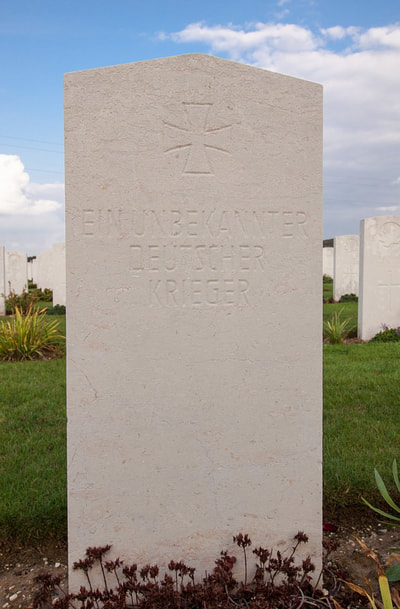 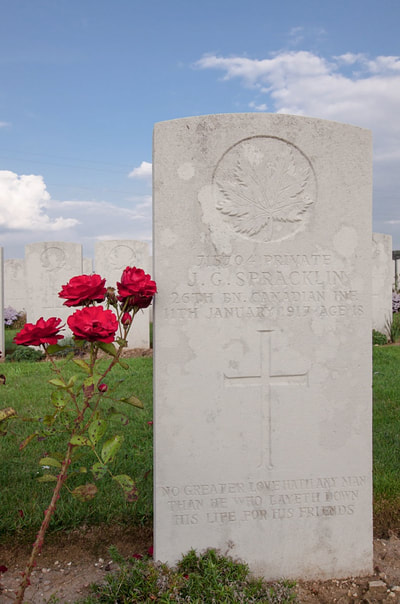 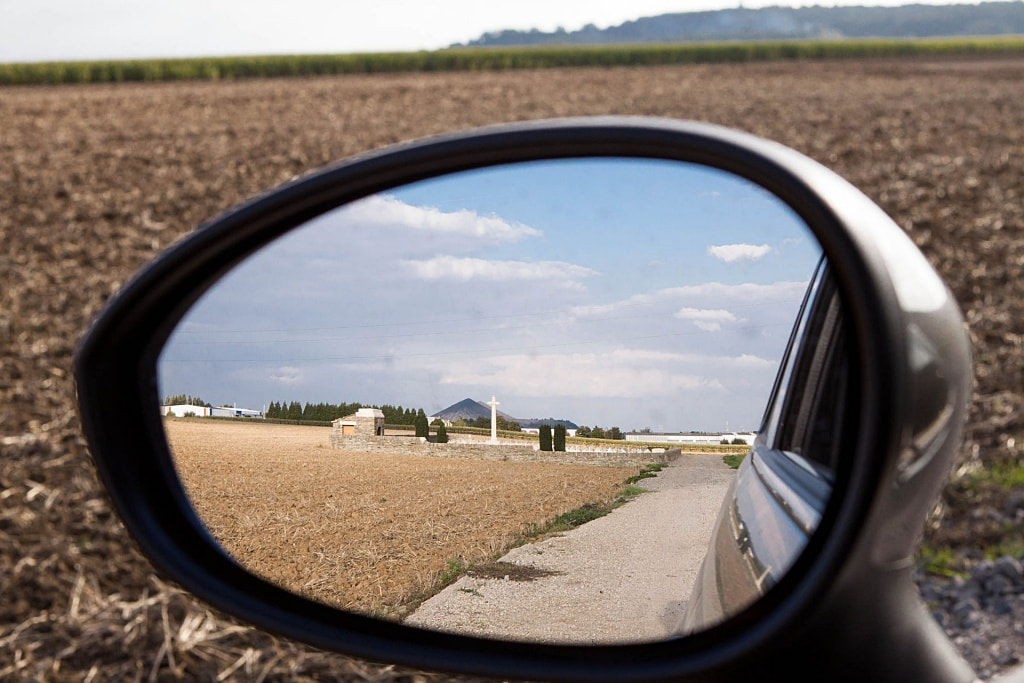 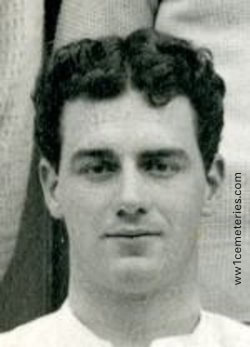 Son of William and Sylvia Baker, of Compton, Petersfield. 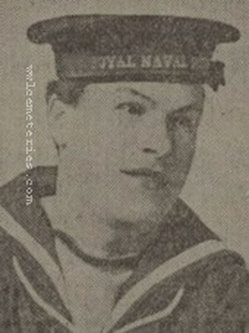 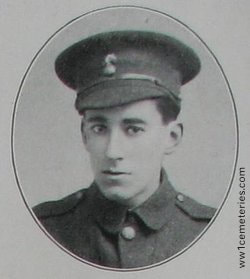 Son of Miles and Edith Curran, of 9, Myrtlefield Park, Belfast. 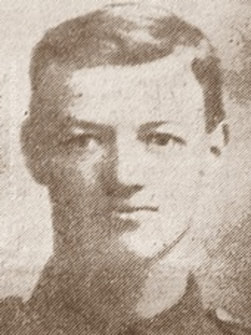 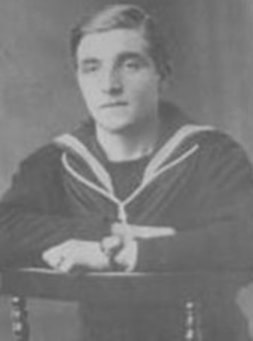 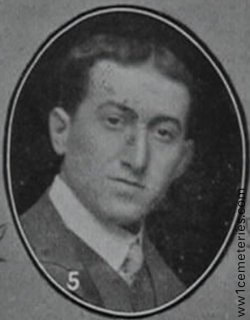 His headstone bears the inscription "Rest In Peace"
​ 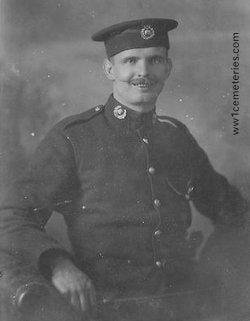 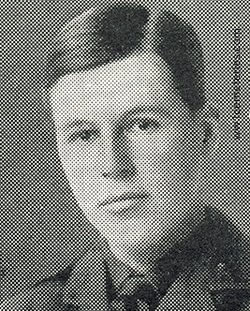