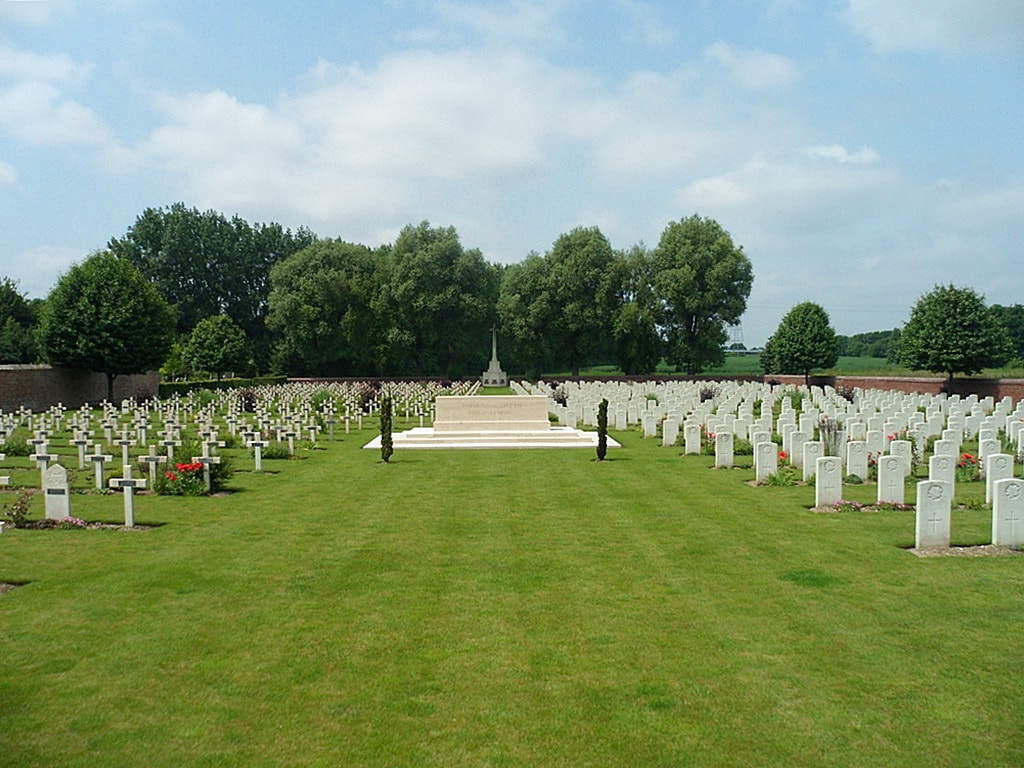 Aix-Noulette is a village in the Department of the Pas-de-Calais, about 13 kilometres south of Bethune on the main road to Arras. From Arras take the D937 towards Bethune. At Aix-Noulette, turn right at the church. The Communal Cemetery and Extension are a few hundred metres on the left side of the road to Bully-Grenay.

The Cemetery Extension was begun by French troops early in 1915, and the two French plots are next to the Communal Cemetery. It was taken over by the 1st and 2nd Divisions in February, 1916, and used by fighting units and Field Ambulances until October, 1918. It was increased after the Armistice by the concentration of graves from the battlefields to the East.

There are now 749 Commonwealth burials of the 1914-1918 war commemorated here, 61 are unidentified. There are also 502 French burials here.

The cemetery covers an area of 5,198 square metres and is enclosed by a red brick wall on three sides, and on the South by the wall of the Communal Cemetery. 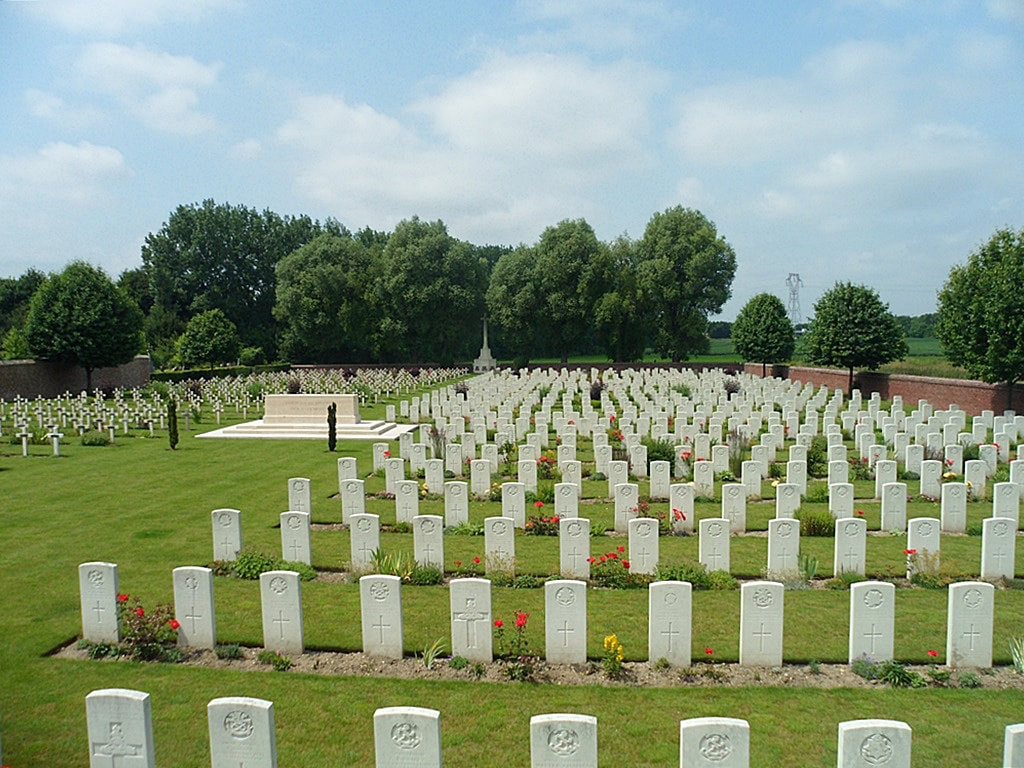 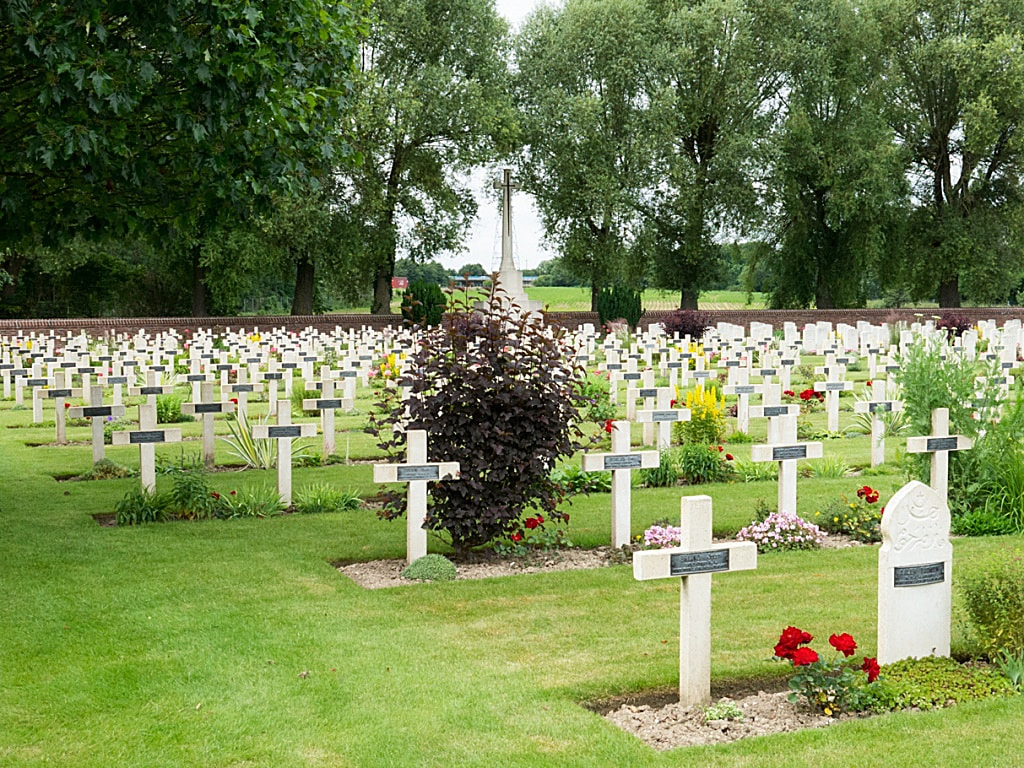 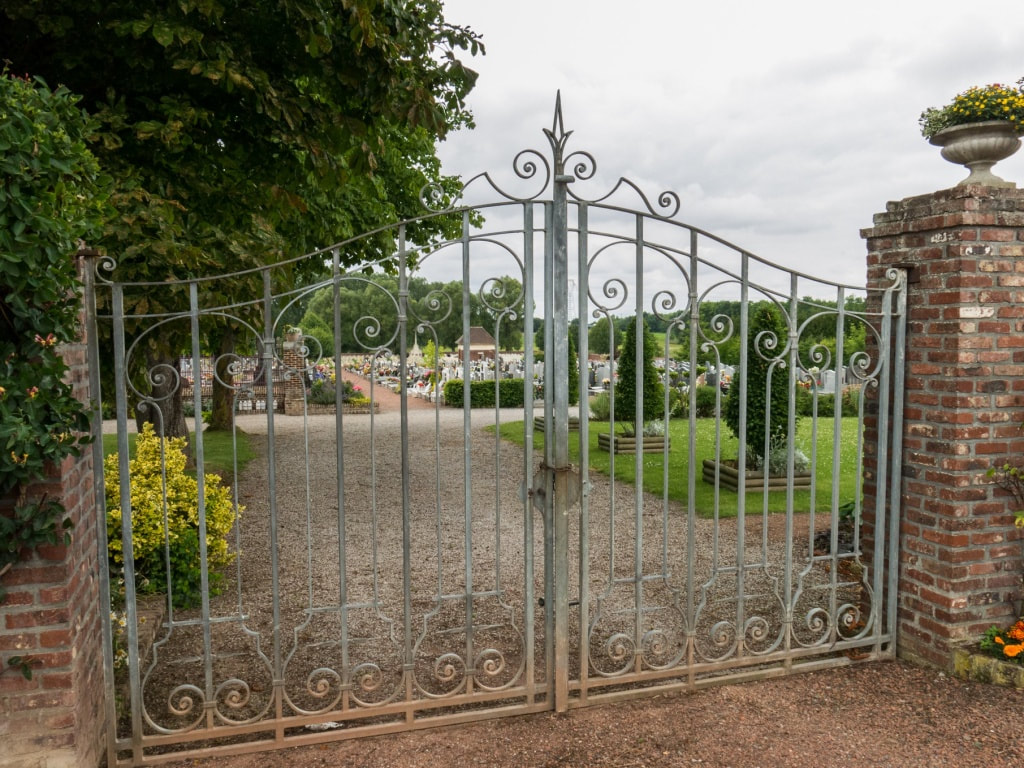 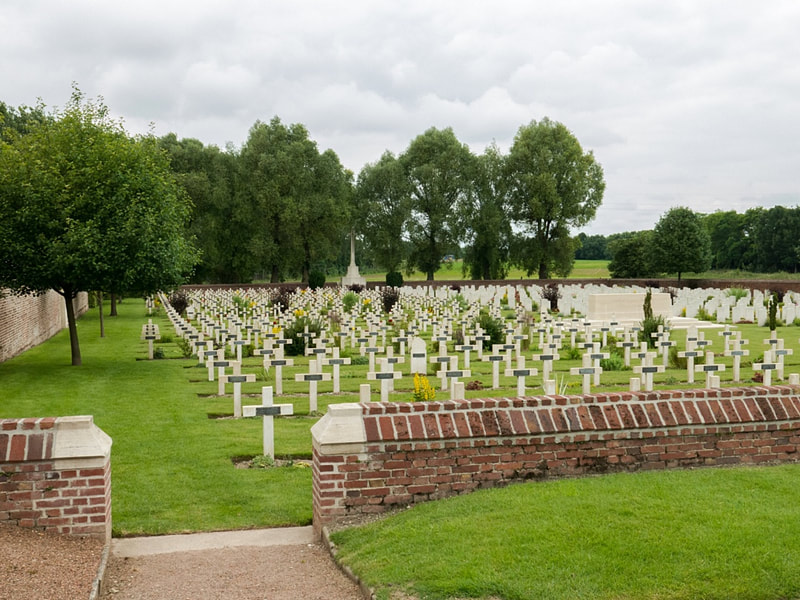 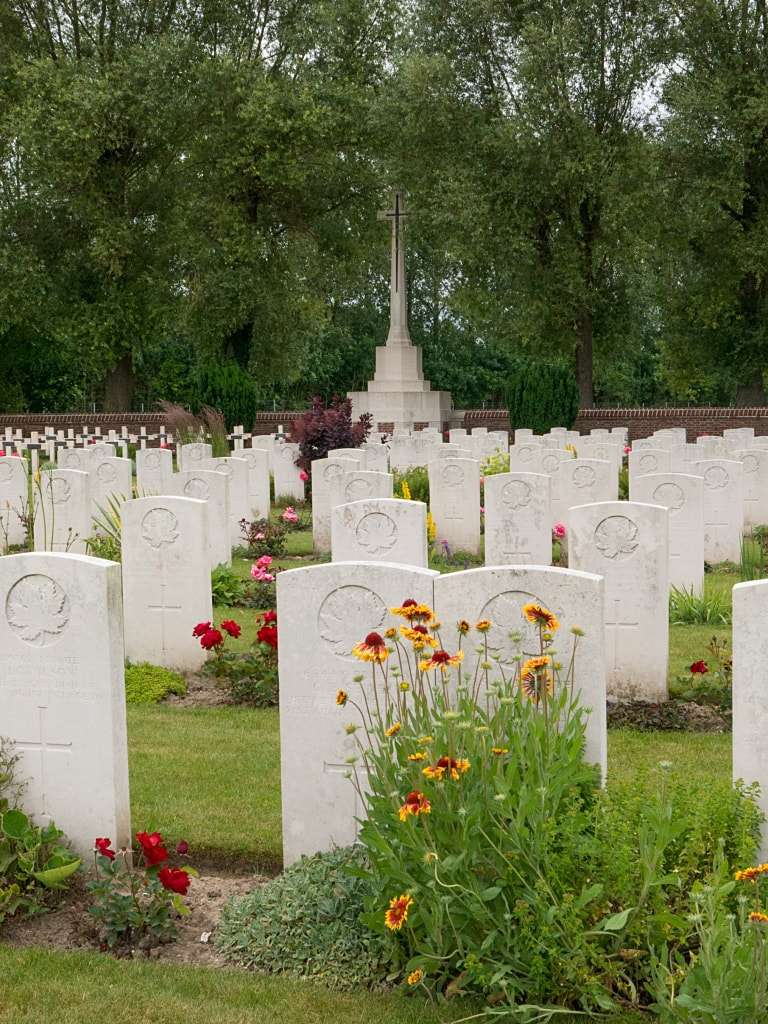 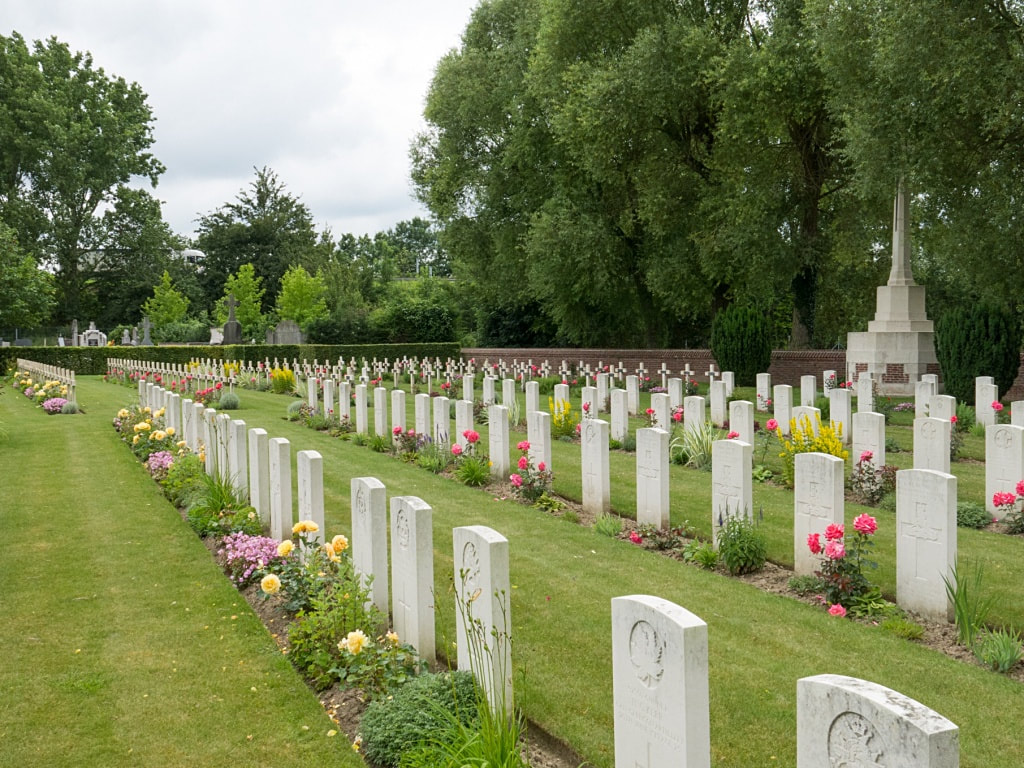 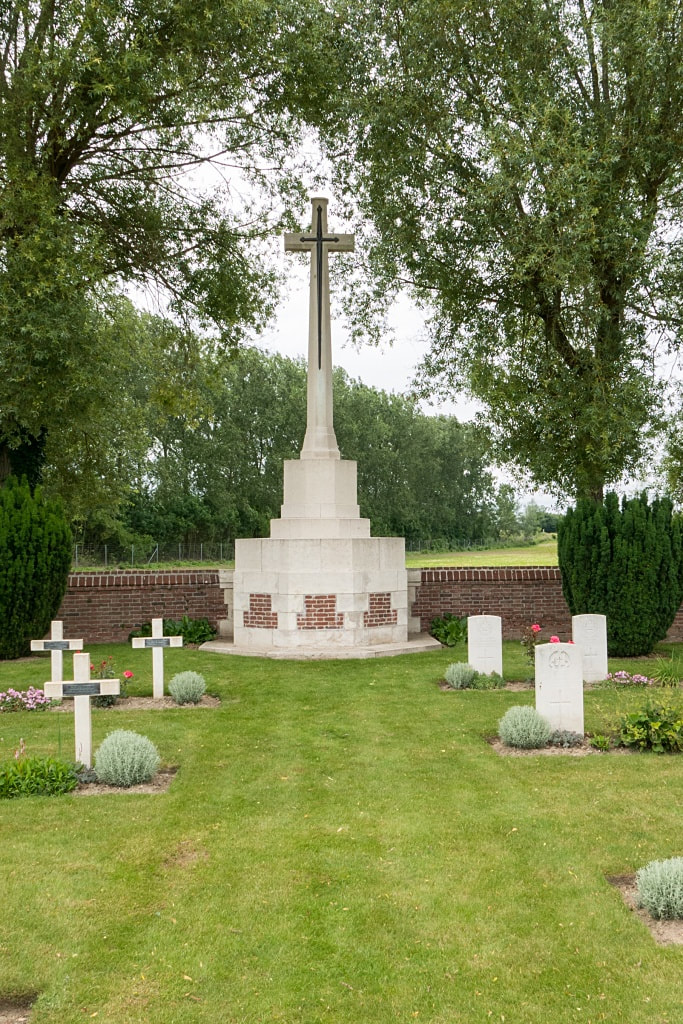 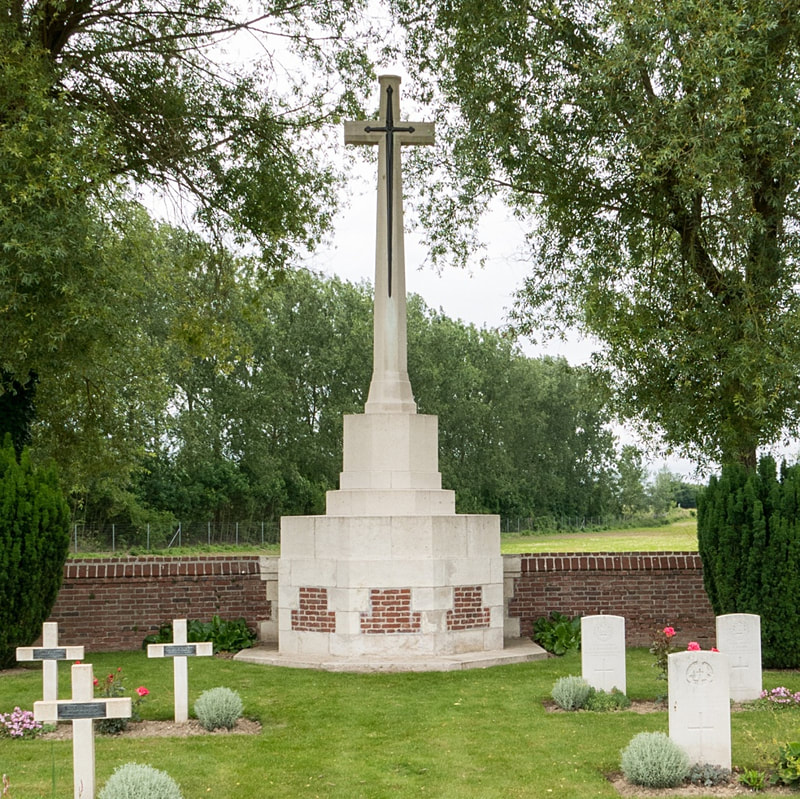 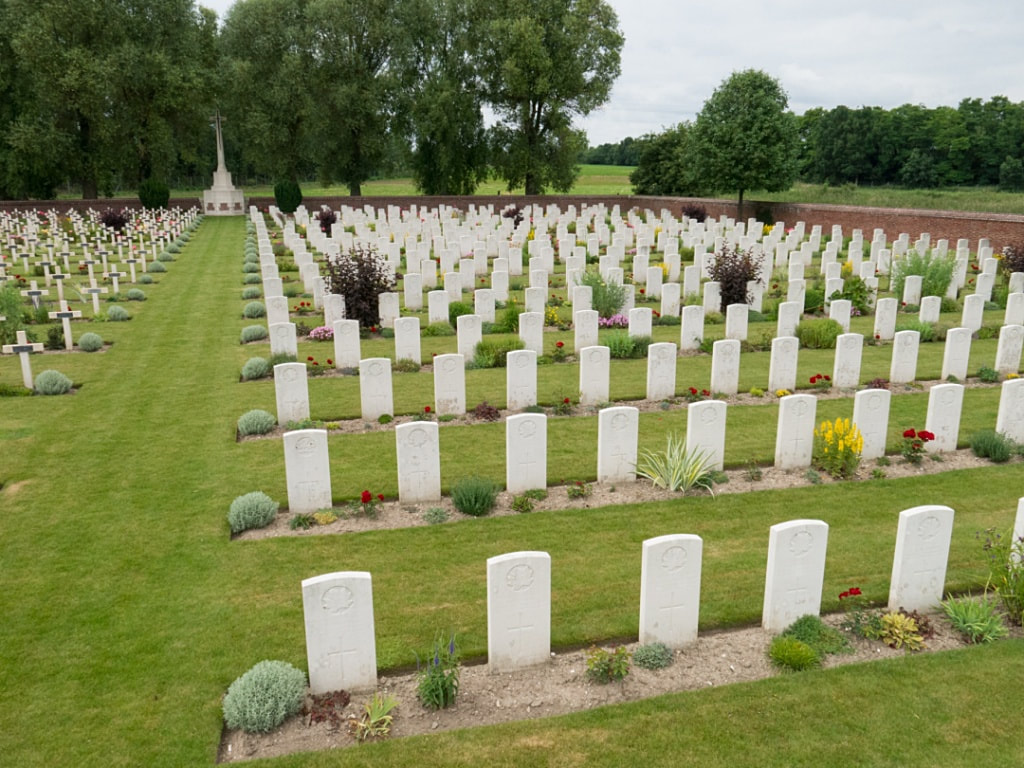 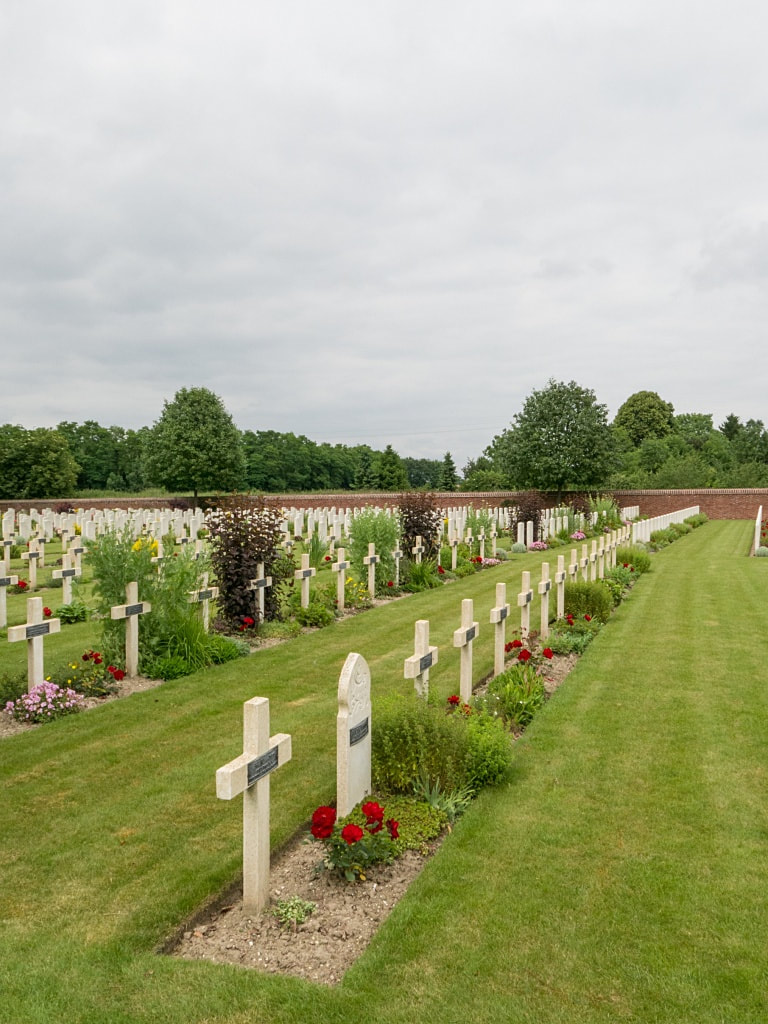 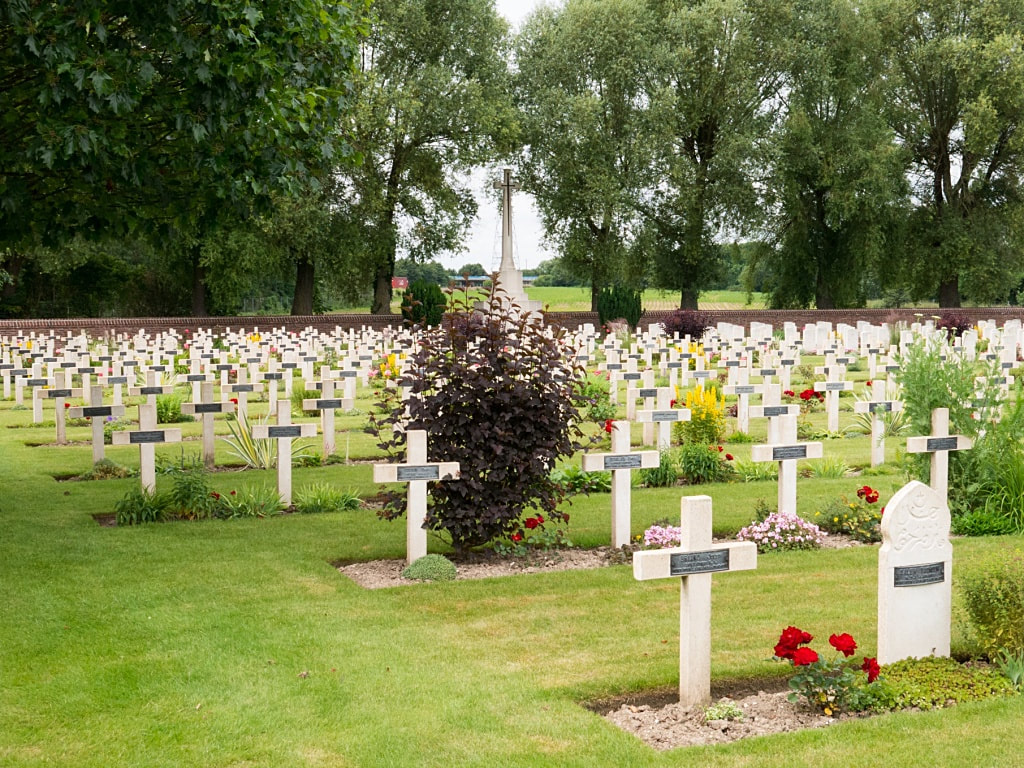 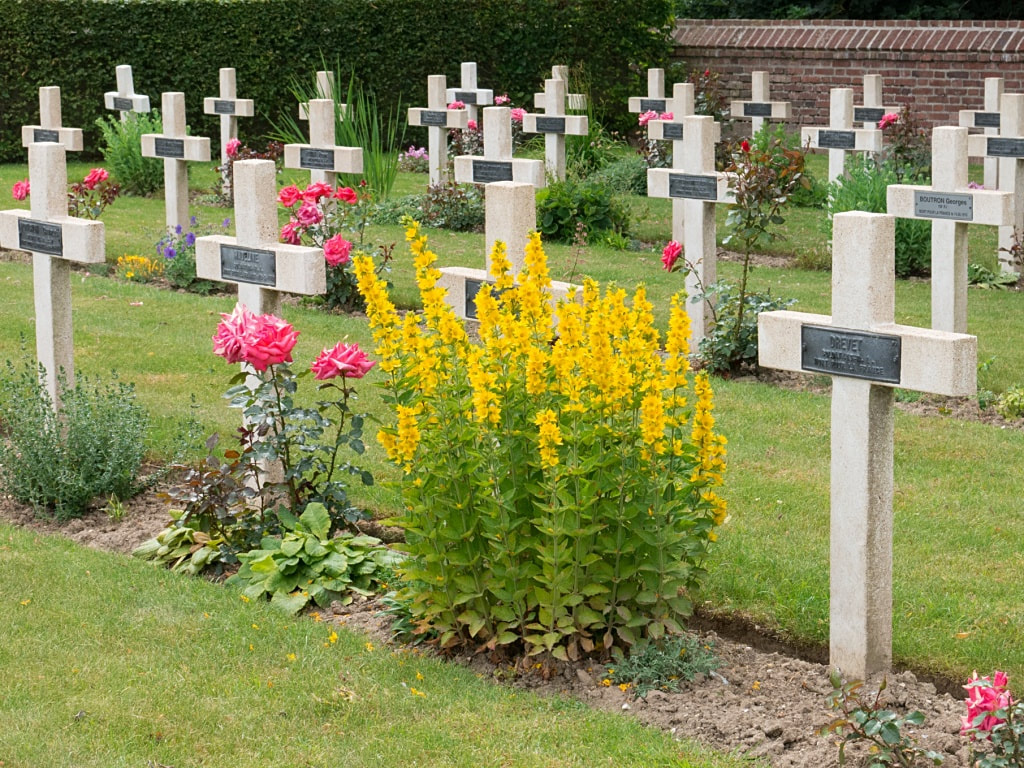 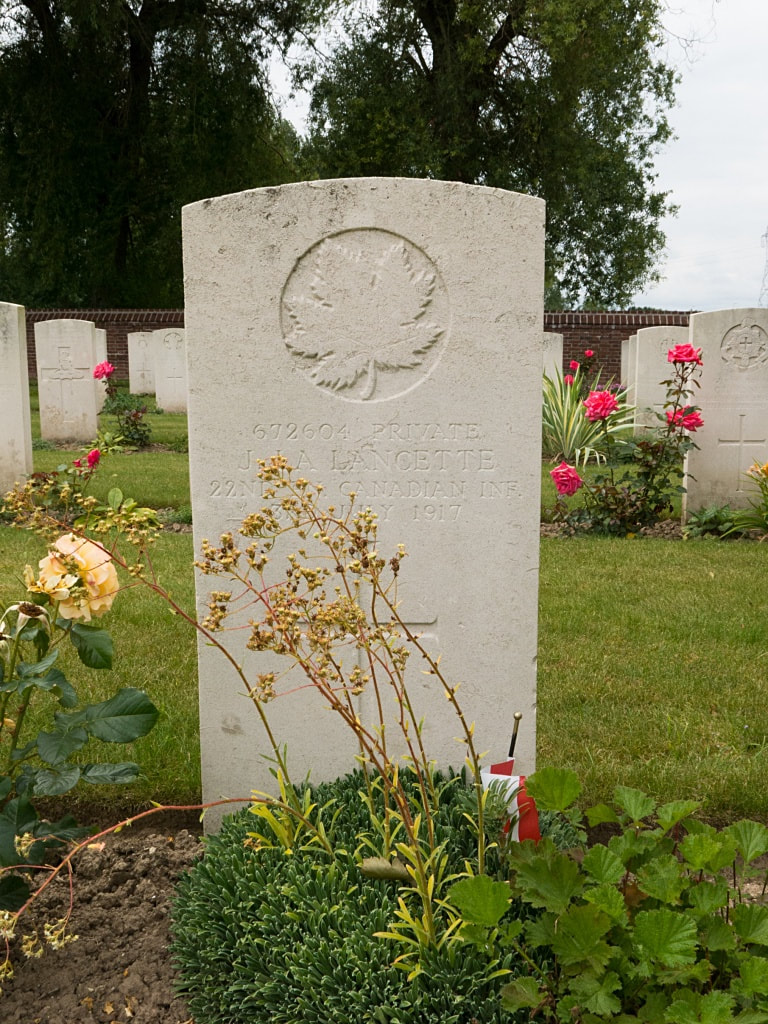 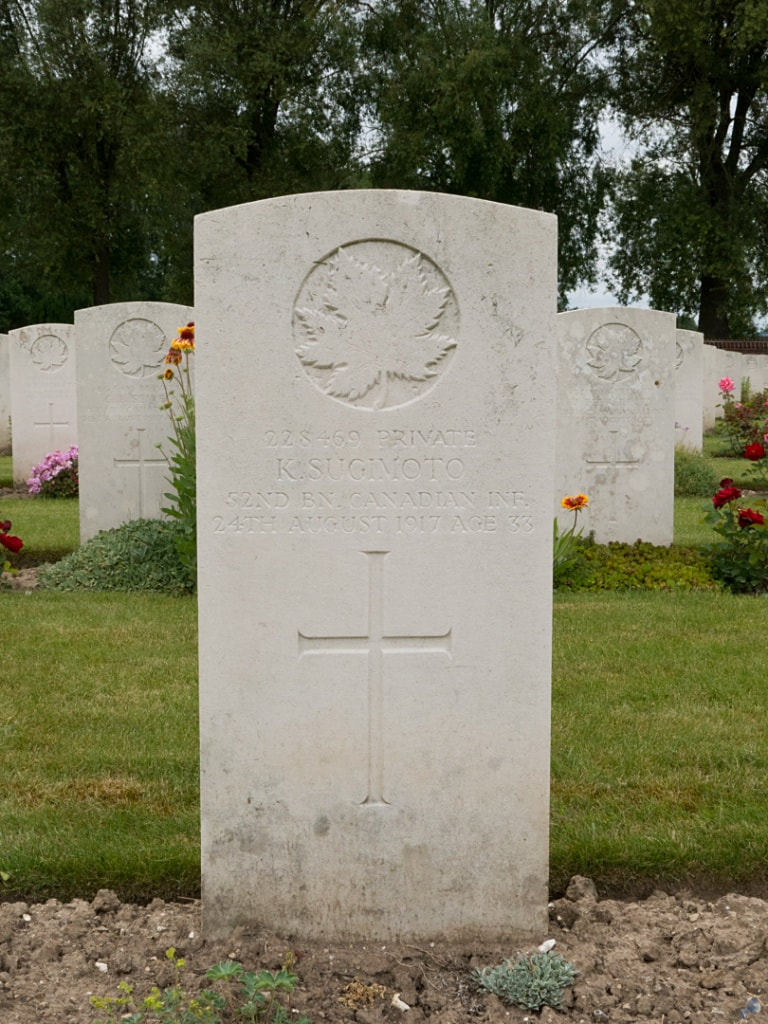 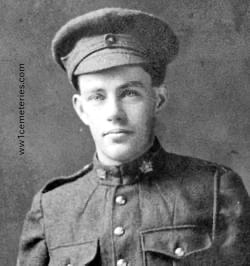 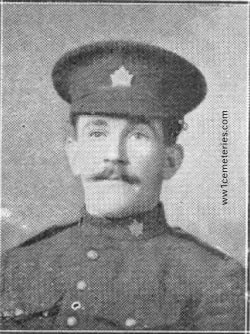 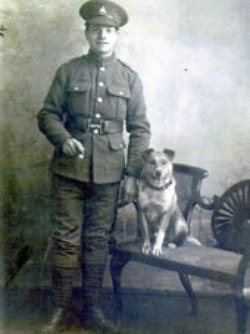 This soldier was officially registered as Charles Leonard Bennett although his actual name was actually Leonard Charles Bennett. The reason for the change being that Leonard had been nicknamed ‘Elsie’ at school because of his initials. Not wishing to be known as ‘Elsie’ in the army, the enterprising lad turned his names around! Because his elder brother Albert (my father) had joined up, he tried to enlist at the age of 16, but his fib was discovered and he was sent home. When he reached the correct age for enlistment, he joined the Royal Sussex, and was sadly killed near Arras in April 1917 at the age of 19. 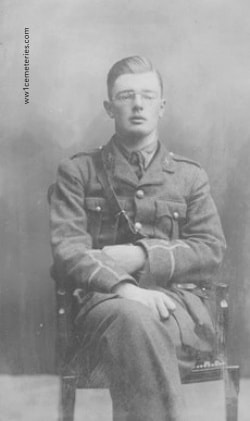 ​Son of Charles and Mary Chepmell. 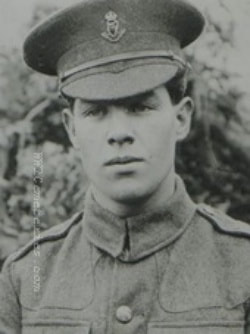 Archie was born in Jersey Channel Islands on May 9th 1891 and was the son of Joseph and Mary Dee of King Stanley, Gloucestershire.
​
Along with a brother and two sisters he emigrated to Canada and was working as a farmer when he enlisted in Winnipeg on 16th December 1914 to serve in the Canadian Over-Seas Expeditionary Force with the 32nd Battalion.His description on enlistment was 5ft 9ins tall, with brown eyes and dark brown hair.

On 22nd April 1916 he was again injured. This time it was a wound to the shoulder and he took leave in the UK landing at Folkestone on 26th April 1916. He spent time at hospitals in Woodcote Park, Epsom and Taplow before going back to France on 24th April 1917.

He was killed in action on 9th February 1918 and is buried at Aix-Noulette.His widowed mother received a separation allowance and a War Gratuity of $180 which was twelve months pay @ $15 per month from the Canadian authorities in 1920.

Note: As can be seen in the images below, the original cross erected showed Archie as a Lance Corporal, the CWGC show him to be a Private. 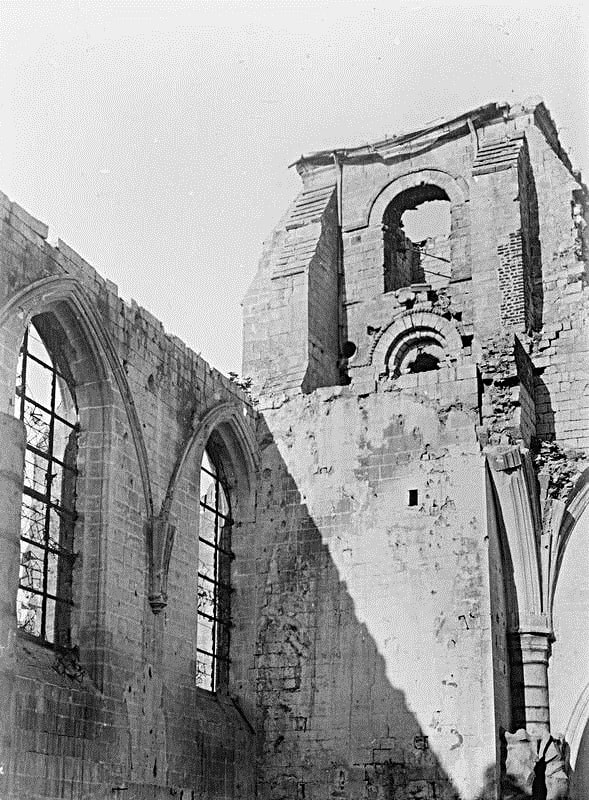 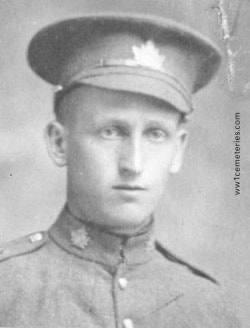 His headstone bears the inscription "Christ Died For Me" 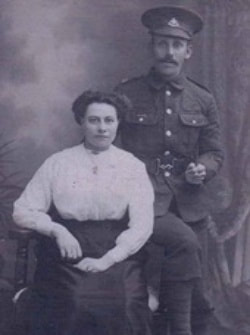 Husband of Mrs I Grosse, of Newark 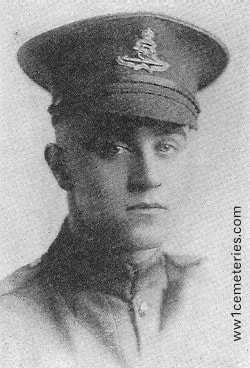 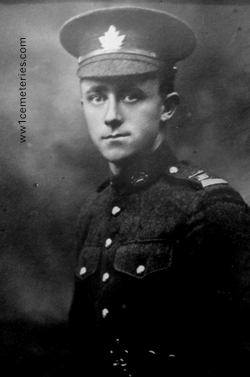 ​Son of John and Frances McPhail, of Walkerton, Ontario. 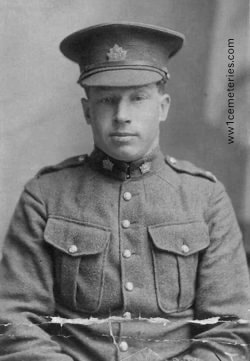 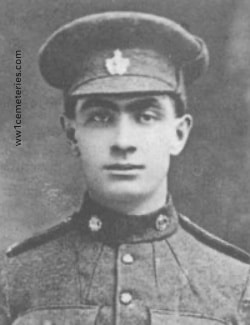 ​Son of J. F. and Jennie Stouffer, of Holmfield, Manitoba.

His headstone bears the inscription "Asleep In Jesus" 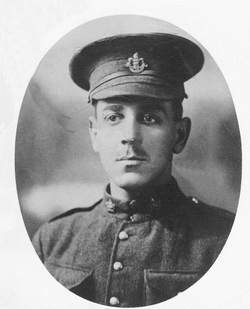 448160 Private Gustave Comte,  22nd Bn. Canadian Infantry executed for desertion on 3rd July 1917, aged 22. Plot I. F. 20. 4 days after his arrival in the UK in June 1916, he was confined to the camp for a week for being unshaven on parade, the sentence being doubled the next day for being improperly dressed on parade.  On 29 December, Comte was sentenced to Field Punishment No 1 for ‘irregular conduct whilst a sentry’ on Christmas Day.  4 days later, he went missing for 6 hours, resulting in a further 7 days' Field Punishment.  In early April, prior to the assault on Vimy Ridge, he decamped again, being captured only in the following month.  (Putkowski, pp. 176-177)

672604 Private Joseph LaLancette, 22nd Bn. Canadian Infantry, executed for desertion 3rd July 1917, aged 21. Plot I. F. 21. A slightly built man, a tailor in civilian life, he absented himself for a day when bound for entrenching work, & 2 days’ pay was docked.  Just before Christmas 1916, he absented himself again from the trenches for a period of 4 hours, which resulted in Field Punishment for 14 days.  Upon completion, he was taken ill — & went absent for the last time after he had recovered.  He was executed along with his fellow-Canadian Pte Comte. (Putkowski, pp 177-178)
​