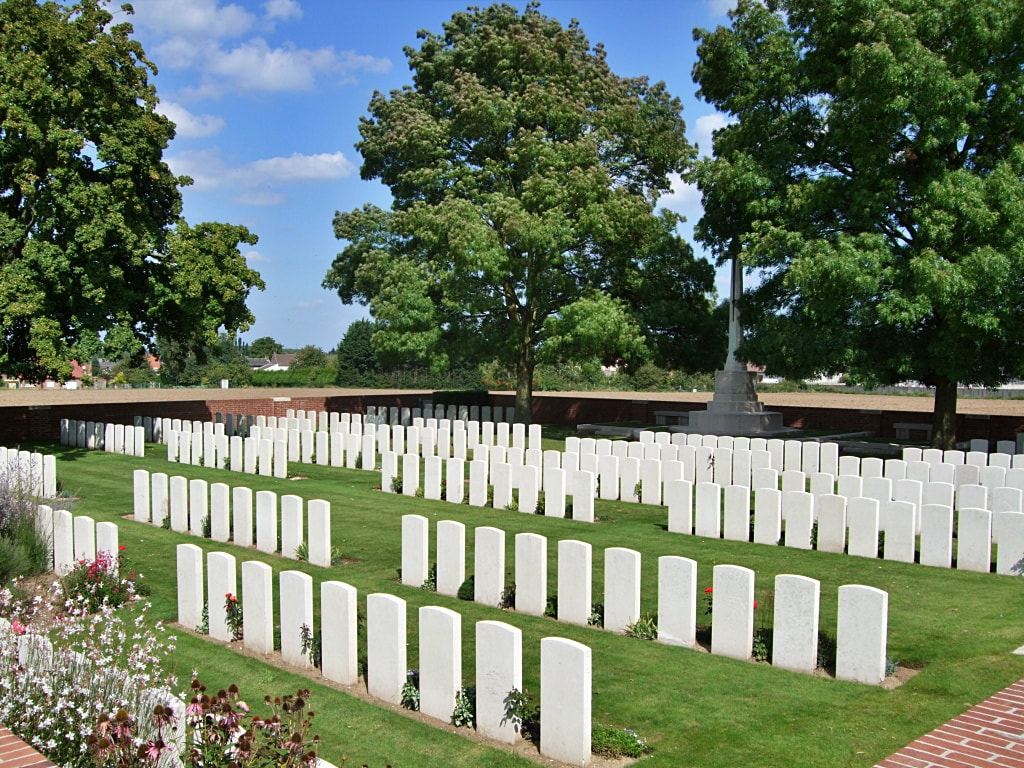 Auberchicourt is a village 11.5 Kms east of Douai on the road to Valenciennes.

Auberchicourt British Cemetery is 1 Km west of the village on the northside of the road to Erchin, 300 yards away from the Communal Cemetery.

The village was occupied by Commonwealth troops in October 1918. The cemetery was begun at the end of that month and used until February 1919 while the 6th, 23rd and 1st Canadian Casualty Clearing Stations were in the neighbourhood. These original graves are in Plot I, but the cemetery was enlarged after the Armistice when graves (mainly of 1918-19, but also of August 1914) were brought in from the surrounding battlefields and from the following smaller burial grounds.

Auberchicourt British Cemetery contains 288 Commonwealth burials and commemorations of the First World War. 19 of the burials are unidentified and special memorials are erected to one soldier from the United Kingdom but there is a special memorial to one casualty known to be buried among them. 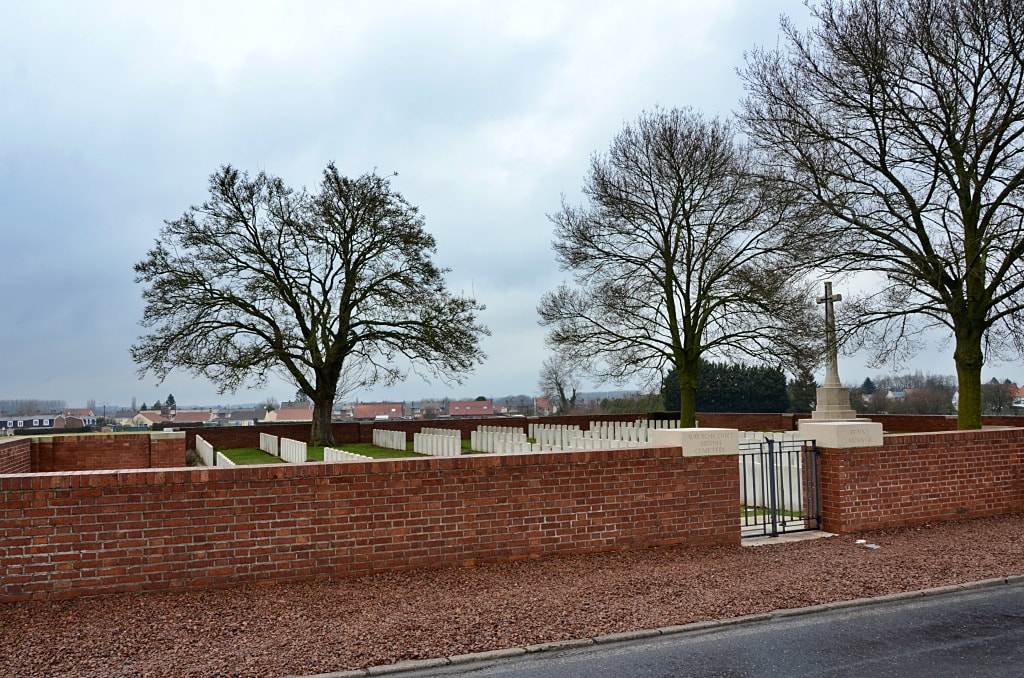 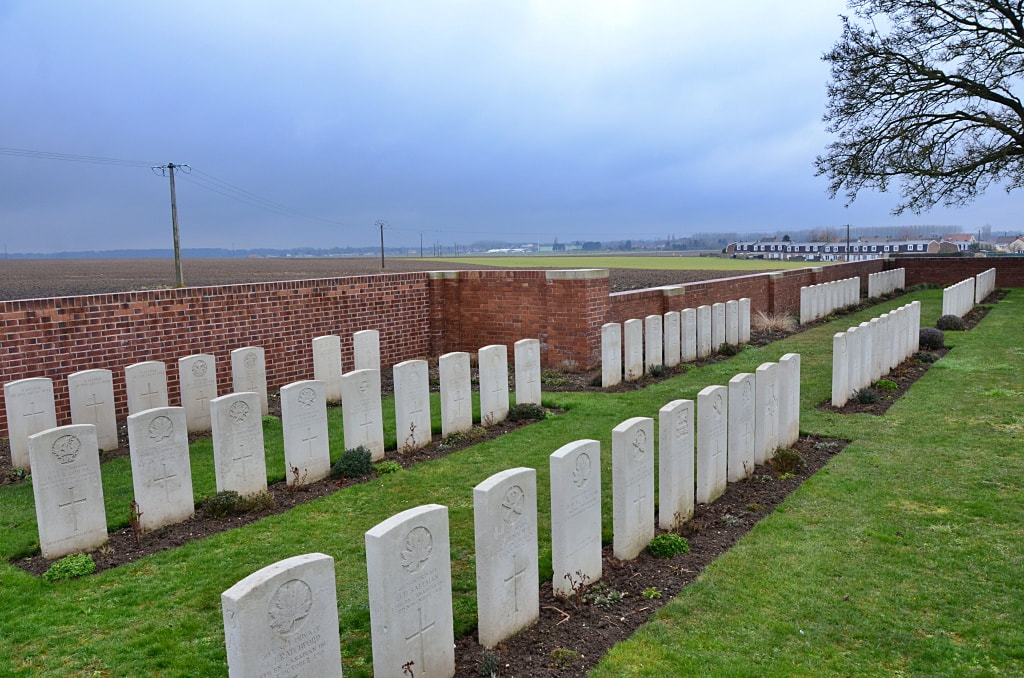 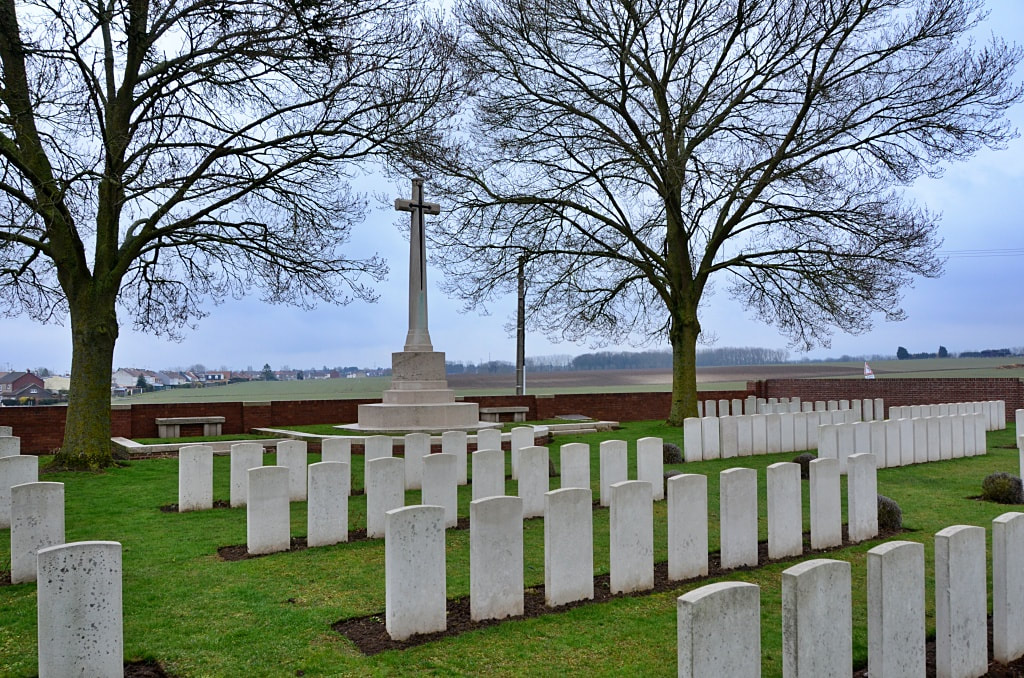 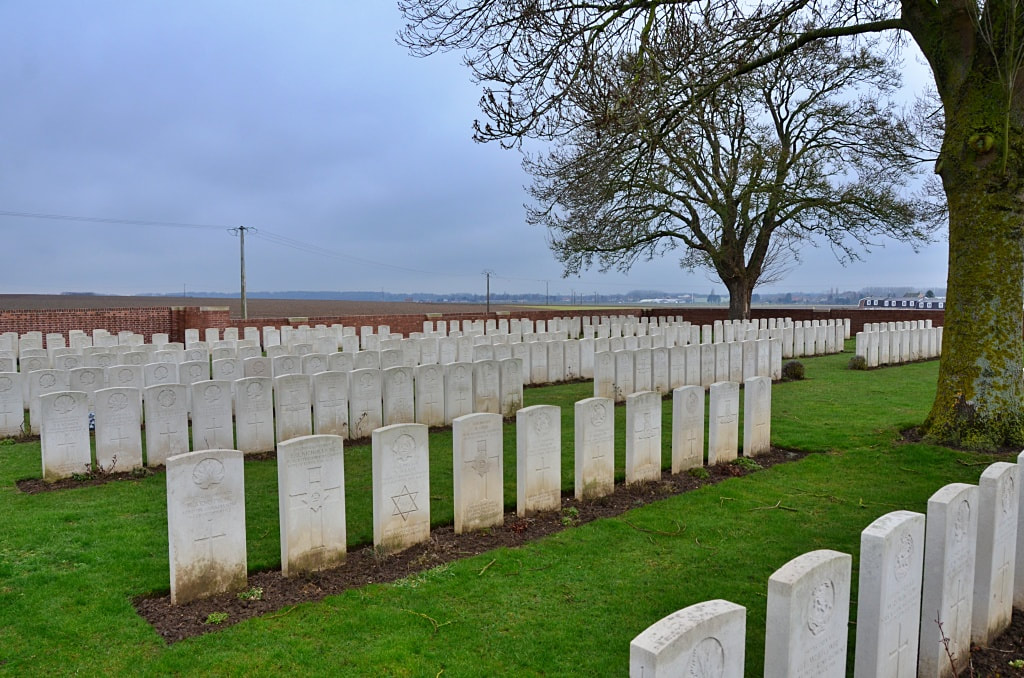 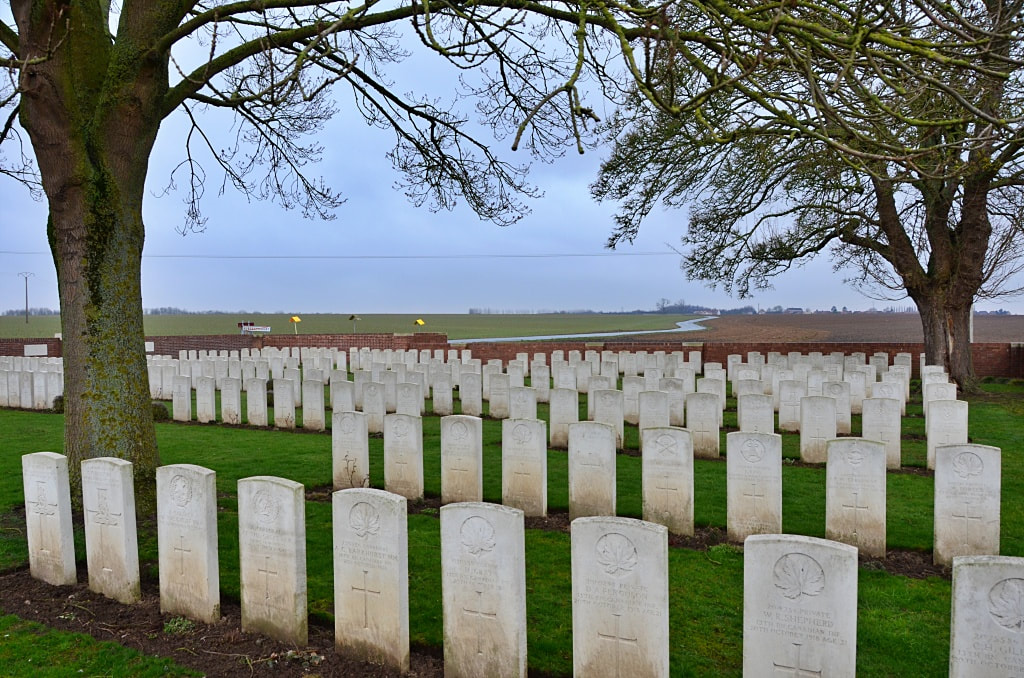 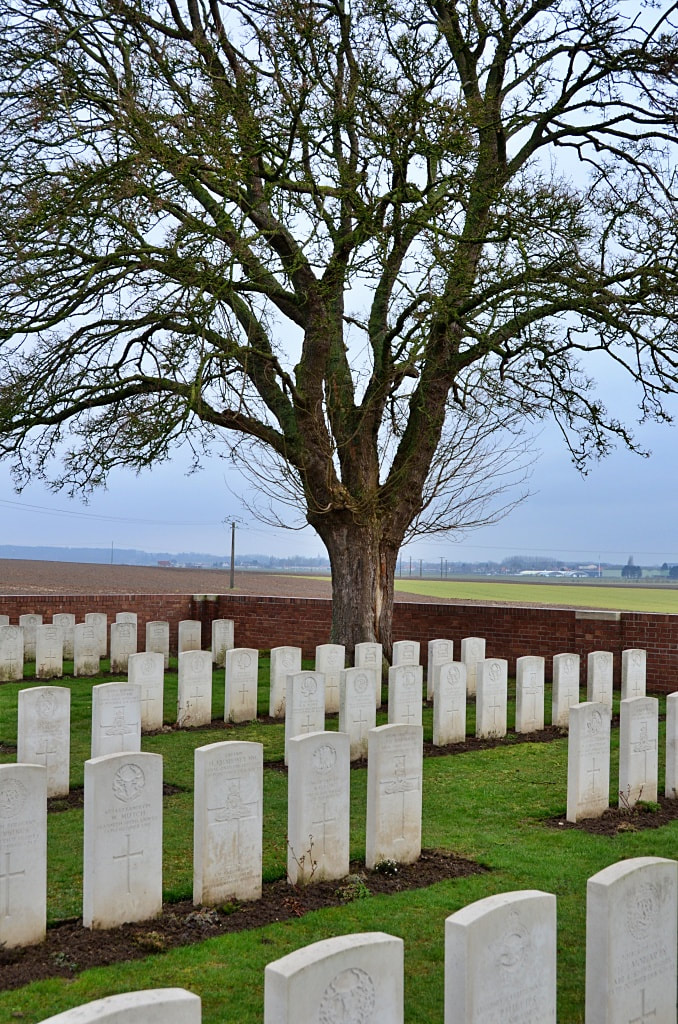 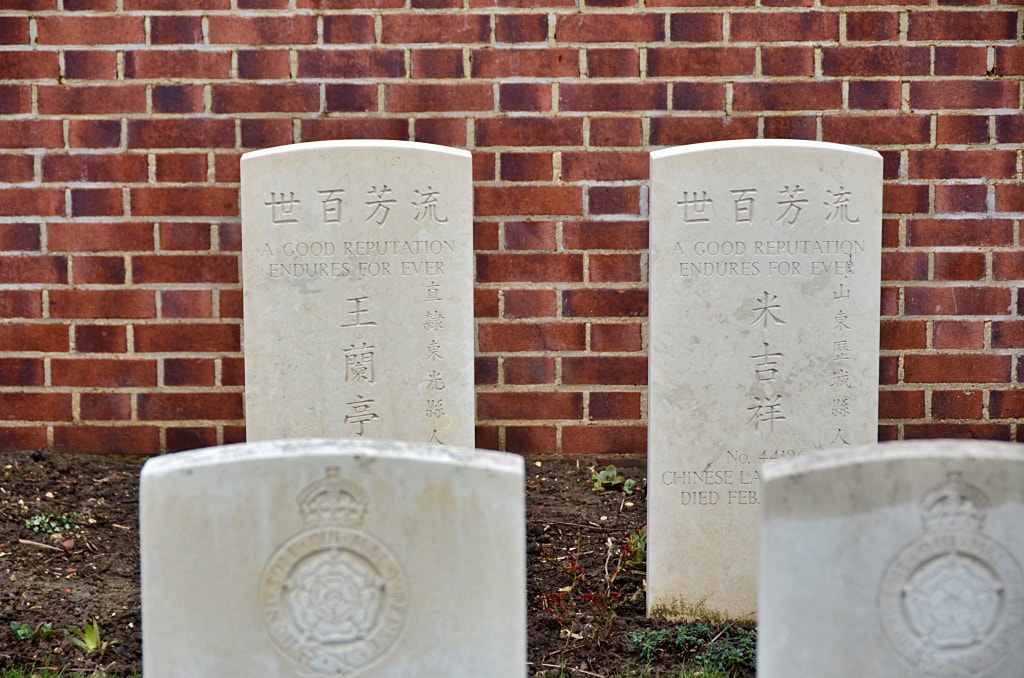 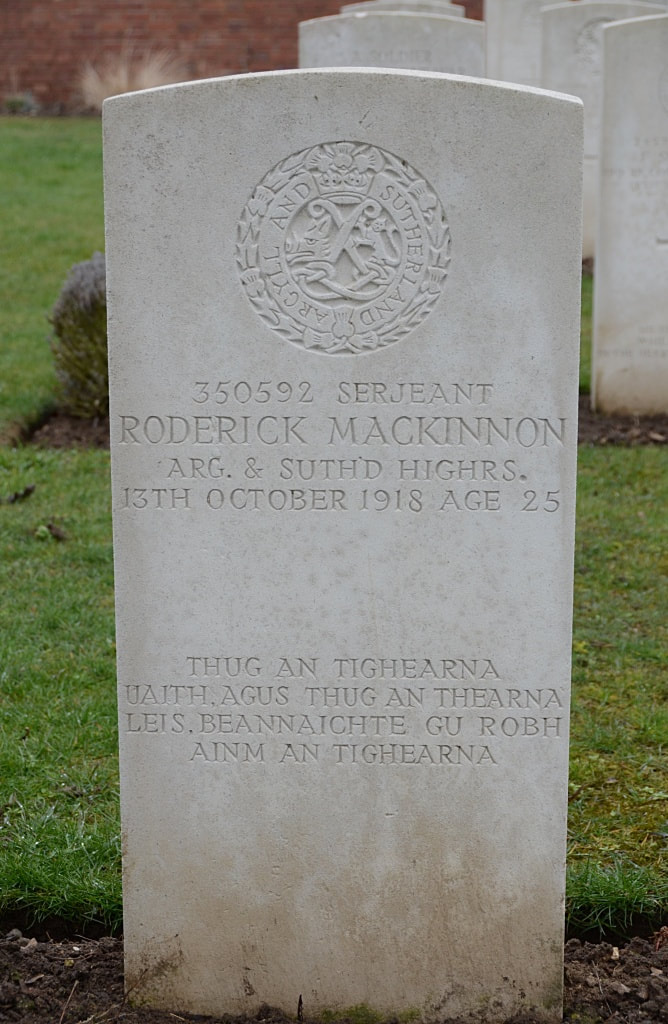 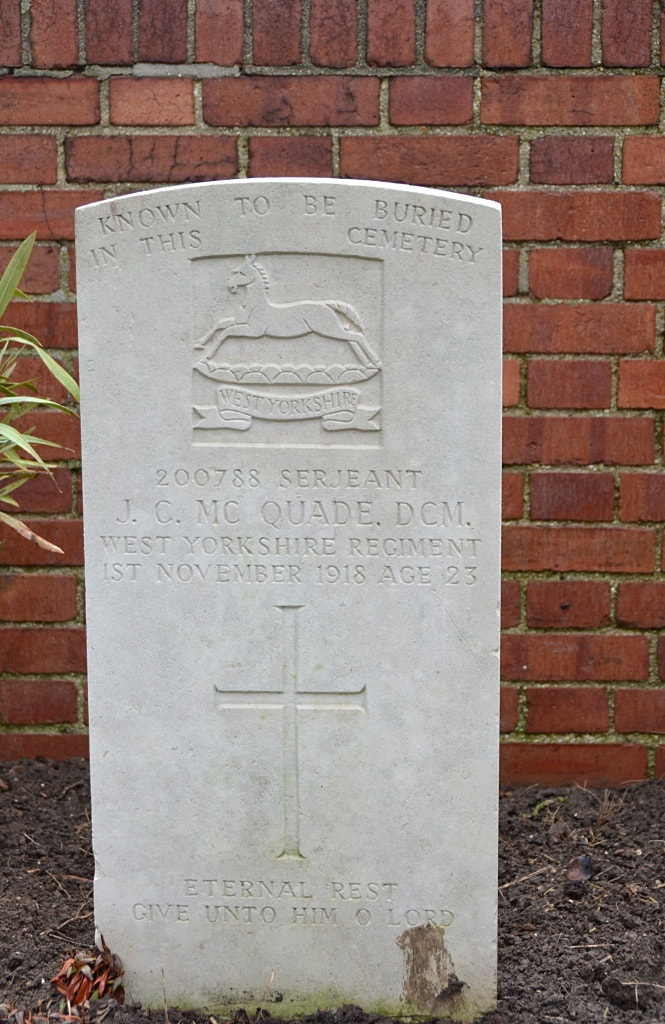 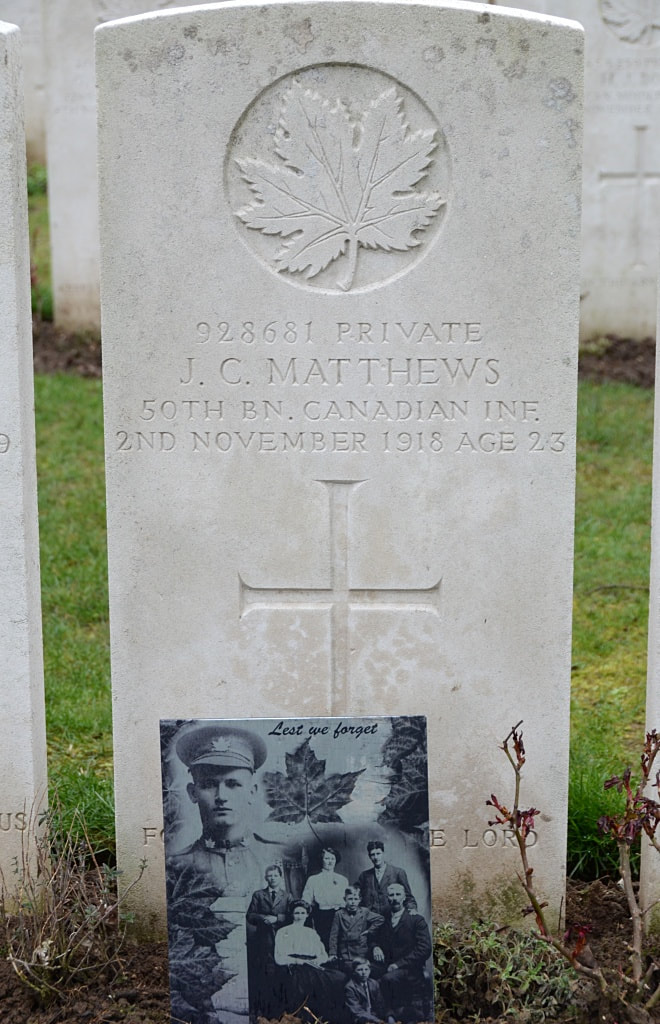 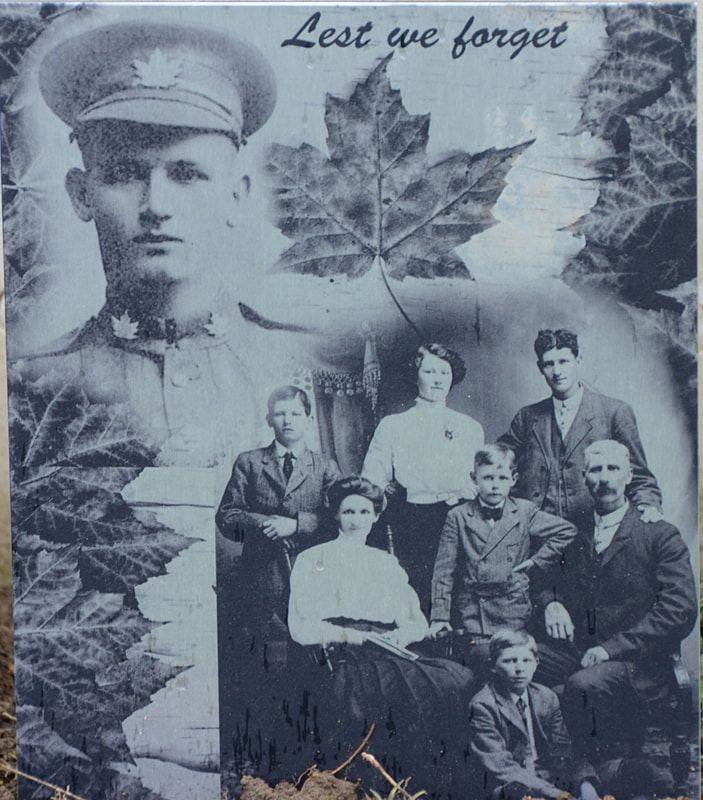 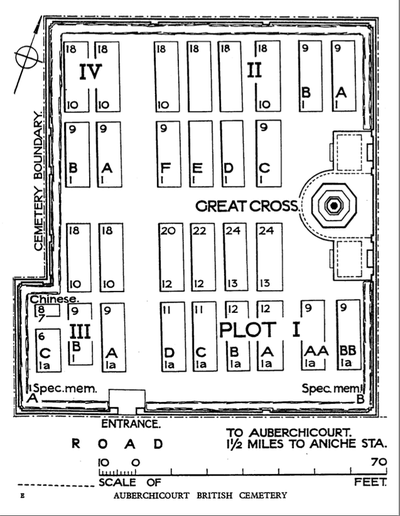 His headstone bears the inscription "Leaving Us An Example That Ye Should Follow His Steps". "Thy Will Be Done"

​An extract from "The London Gazette," No. 31155, dated 28th Jan., 1919, records the following:-"For most conspicuous bravery before Valenciennes on 1st November, 1918, when a machine gun opened on his platoon. Without a moment's hesitation Serjt. Cairns seized a Lewis gun and single-handed in the face of direct fire, rushed the post, killed the crew of five, and captured the gun. Later, when the line was held up by machine-gun fire, he again rushed forward, killing 12 enemy and capturing 18 and two guns. Subsequently when the advance was held up by machine-guns and field guns, although wounded, he led a small party to outflank them, killing many, forcing about 50 to surrender, and capturing all the guns. After consolidation he went with a battle patrol to exploit Marly and forced 60 enemy to surrender. Whilst disarming this party he was severely wounded. Nevertheless he opened fire and inflicted heavy losses. Finally he was rushed by about 20 enemy and collapsed from weakness and loss of blood. Throughout the operation he showed the highest degree of valour, and his leadership greatly contributed to the success of the attack. He died on the 2nd November from wounds."​ 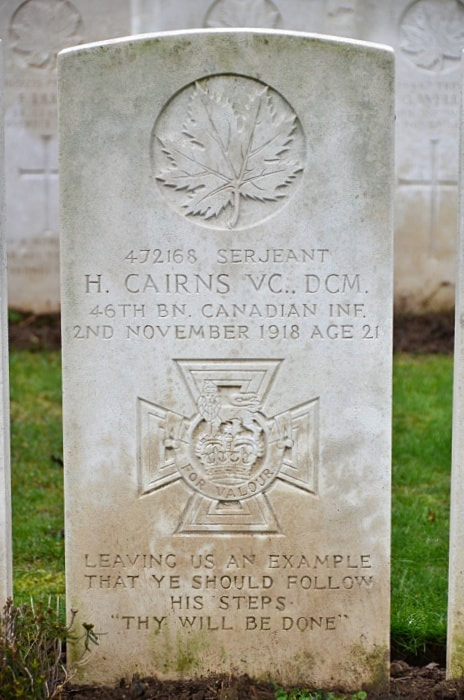 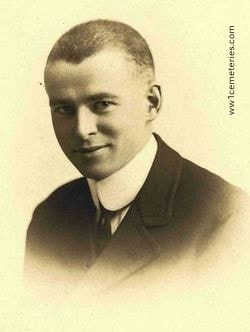 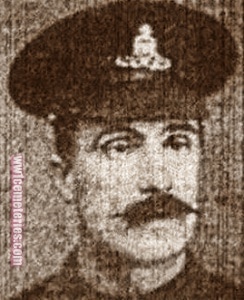 Peter died after the armistice from Pneumonia. 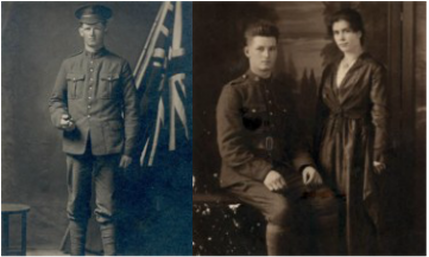 Son of Samuel and Margaret Matthews; husband of Lillian Matthews (on their wedding day), of Fordwich, Ontario. 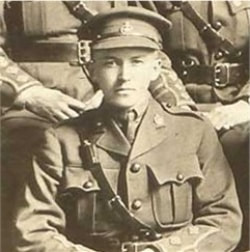 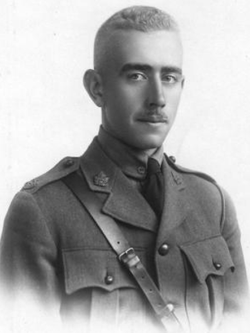