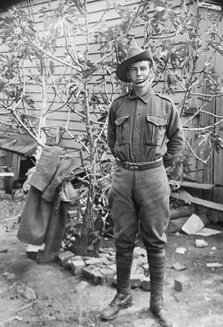 Inscription "In Memory Of The Loved Son Of J. & E. Gilchrist Sunbury, Vic"

Studio portrait of 3317 Private Albert Vincent Gilchrist, 8th Battalion from Riddell, Victoria. A 20 year old carpenter prior to enlisting on 22 July 1915, he embarked for overseas with the 11th Reinforcements from Adelaide on 11 October 1915 aboard HMAT Nestor. He was killed in action on 24 June 1916 near Messines, France and is buried in the Berks Cemetery Extension, 12.5 kilometres south of Ypres, Belgium.. 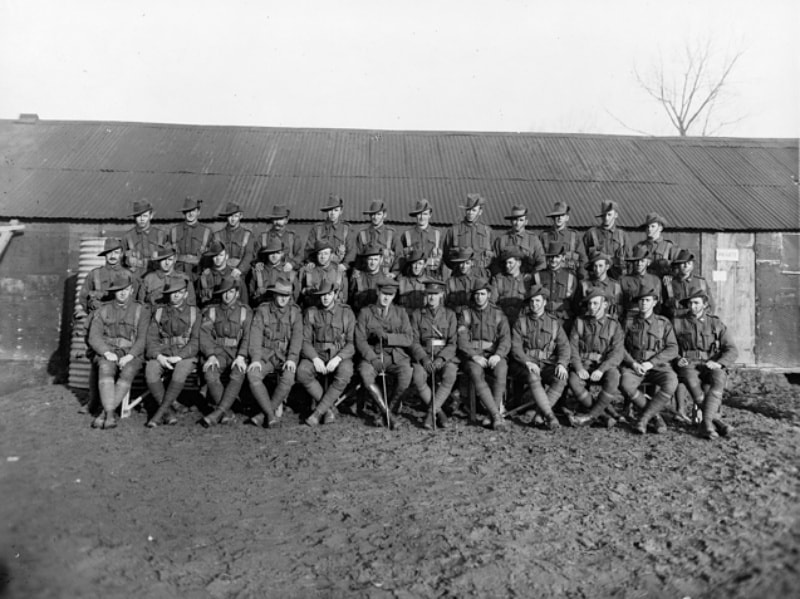 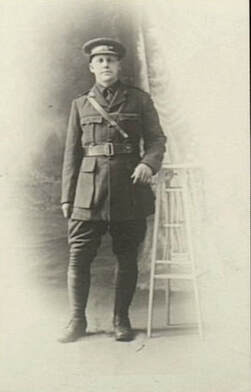 Inscription "The Lord Gave And The Lord Has Taken"

Studio portrait of 355 Sergeant Gerald Wallace Harvey, 41st Battalion from Toowoomba, Queensland. A 21 year old fireman prior to enlisting on 11 October 1915, he embarked for overseas with B Company from Sydney on 18 May 1916 aboard HMAT Demosthenes. After being commissioned as a Second Lieutenant on 13 January 1917, he was killed in action at Ploegsteert Wood, Belgium on 14 April 1917 and is buried in the Berks Cemetery, Ploegsteert. 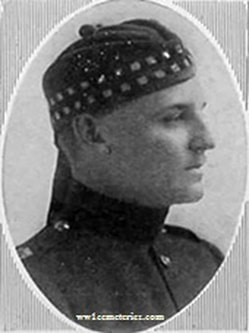 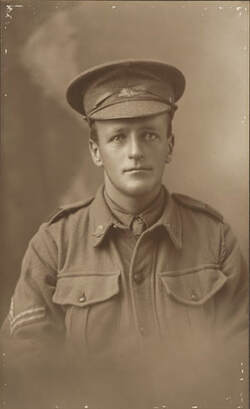 Studio portrait of 791 Corporal (Cpl) Edward Hewit, 35th Battalion. Cpl Hewit, an ironmonger from Newcastle, enlisted in January 1916. He was killed in action in Belgium on 3 March 1918, aged 28. 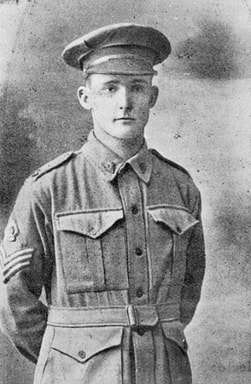 Inscription "A Gallant Gentleman A Loveable Comrade And A Fearless Soldier"

Studio portrait of Warrant Officer (WO) (later 2nd Lieutenant) Charles Chalmers Jameson, 42nd Battalion, AIF, of Brisbane, Qld. He enlisted on 10 September 1915 and embarked from Sydney aboard HMAT Borda on 5 June 1916. He was killed in action in Belgium on 4 April 1917, aged 21. 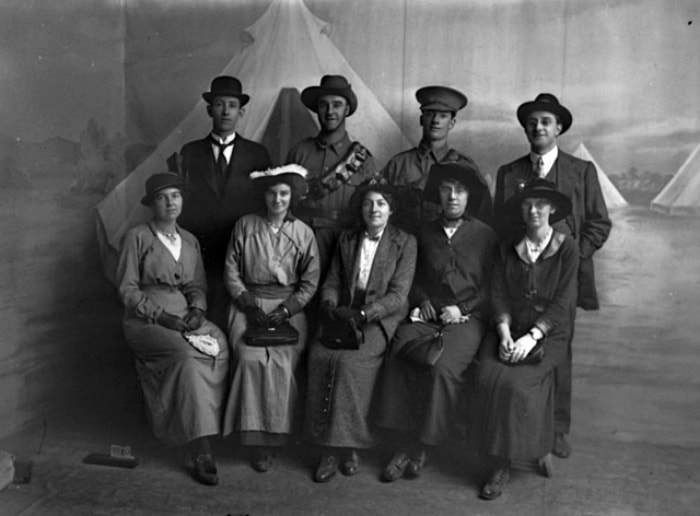 Studio group portrait of four men and five women. One of the two servicemen is identified as 581 Sergeant Walter King of Melbourne, Victoria. 23rd Bn. Australian Infantry, A. I. F. who was killed in action on 22nd March 1918, aged 29. Plot II. B. 17. Son of Samuel King, of 126, St. Thomas Rd., Finsbury Park, London, England. Sergeant King enlisted on 23 February 1915 and embarked aboard HMAT Euripides on 10 May 1915. ​Inscription "Not Lost But Only Gone Before Where God Shall All Tears Away" 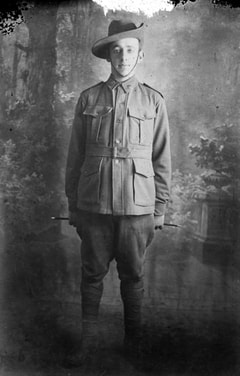 Portrait of Bert Knight copied for the Cobram Honour Roll. The soldier is probably 2594 Private (Pte) Bertie Rowbottom Knight, a farm employee from Cobram, Victoria, prior to enlistment. Pte Knight embarked from Melbourne with his brother, 2593 Pte Hugh Menoak Knight, with the 8th Reinforcements, 7th Battalion aboard HMAT Anchises (A68) on 26 August 1915. Bertie Knight was killed in action in Belgium on 27 June 1916, aged 19. Pte Hugh Knight returned to Australia on 4 May 1917.