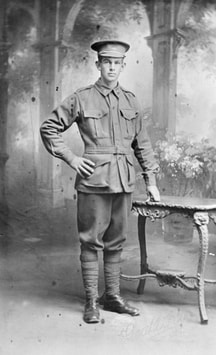 Inscription "Thine The Eternal Love The Cross, The Crown"

Studio portrait of 531 Private (Pte) Charles William (Will) Morton, 43rd Battalion, of Adelaide, SA. A grocer before enlisting in February 1916, Pte Morton left Australia for England in June 1916, and arrived in France for service on the Western front in November 1916. Pte Morton was killed whilst the battalion was in the line at Ploegsteert Wood, Belgium, on 23 April 1917, aged 22. According the 43rd Battalion War Diary on the date of Pte Morton's death, an Australian patrol of No Mans Land in the Ploegsteert Wood encountered a German patrol and withdrew after drawing small arms fire. The diary notes that one Other Rank soldier was killed in the engagement, and Pte Morton was the only soldier from the 43rd Battalion to be killed on that day. 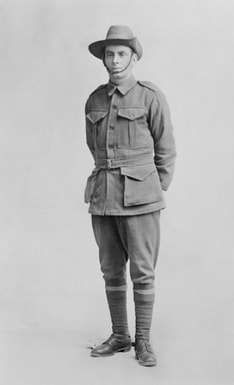 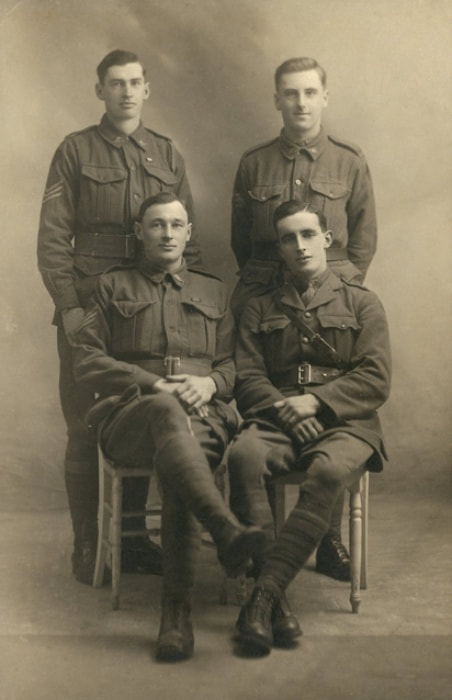 Studio portrait taken at Fromentel of four members of the 21st Battalion (positions unknown);
One of the above and buried in this cemetery is Second Lieutenant James (Jim) O'Brien, 21st Bn. Australian Infantry, A. I. F. who was killed in action on 22nd March 1918. Plot II. A. 39. Prior to enlistment Jim was a tailor from Colac West in Victoria, Australia and embarked with "B" Company on H. M. A. T. Ulysses on 10th May 1915. 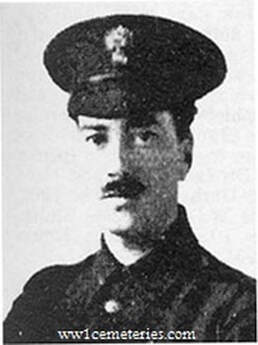 ​Son of Edmund C. and May V. Potter, of Lewisham, London; husband of Hilda May Potter, of 47, Blackheath Park, London. Chartered Accountant. 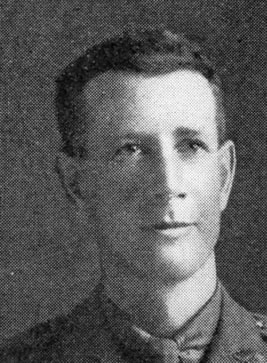 Studio portrait of Lieutenant Charles John Alexander Ramsay, 39th Battalion of Auburn, NSW. A paper ruler prior to enlisting, he embarked from Sydney aboard HMAT Benalla (A24) on 9 November 1916. He was killed in action on 1 December 1917 during a night raid in the Messines sector near Warneton, Belgium, aged 33.