Brie is a village on the Amiens-St Quentin road (D1029).
The Cemetery lies on the left side of the D88 road about 1 kilometre from Brie in the direction of St Crist-Briost.

Wheelchair access to this site possible, but may be by alternative entrance.

The cemetery was begun by Commonwealth units after the second occupation of the village and taken over by the 5th, 47th and 48th Casualty Clearing Stations, which were posted at Brie in September and October before being moved on along the St. Quentin road to Bihecourt, near Vermand. It was enlarged after the Armistice when graves were brought in from the battlefields east and south of Brie and the following cemeteries:-

ST. CREN BRITISH and GERMAN CEMETERIES, MONS-ENCHAUSSEE, were side by side at the North-Western exit of the hamlet of St. Cren. They contained the graves of 23 soldiers from the United Kingdom and four from Australia, who fell in March, April, September and October, 1918.

Brie British Cemetery contains 409 Commonwealth burials and commemorations of the First World War. 49 of the burials are unidentified but there are special memorials to 15 casualties known or believed to be buried among them. There are also 36 German war graves in the cemetery. 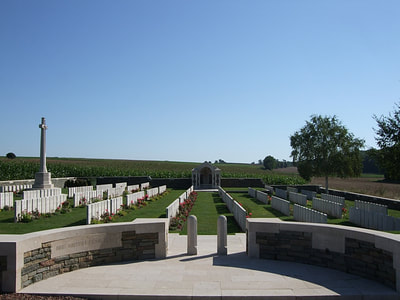 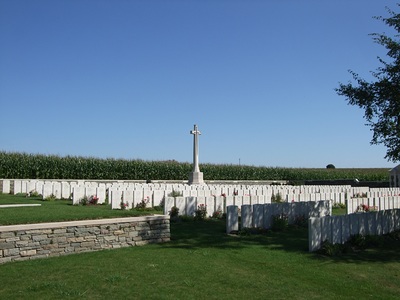 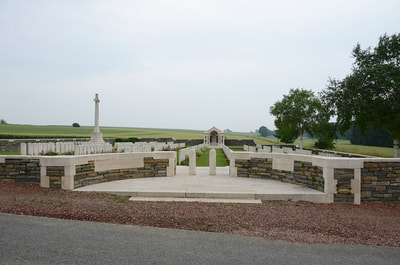 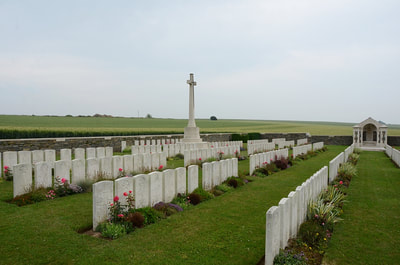 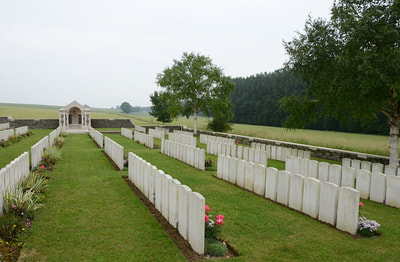 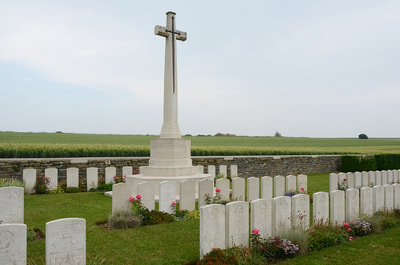 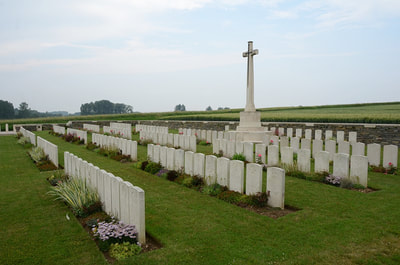 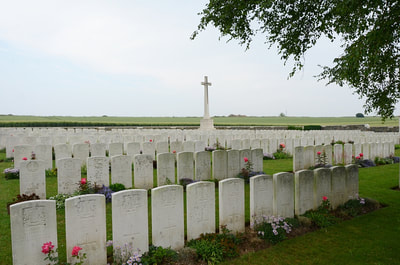 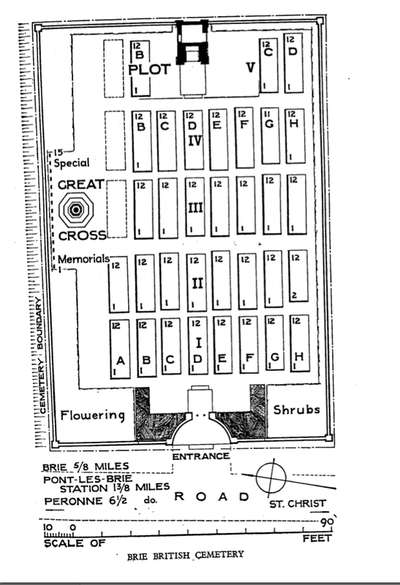 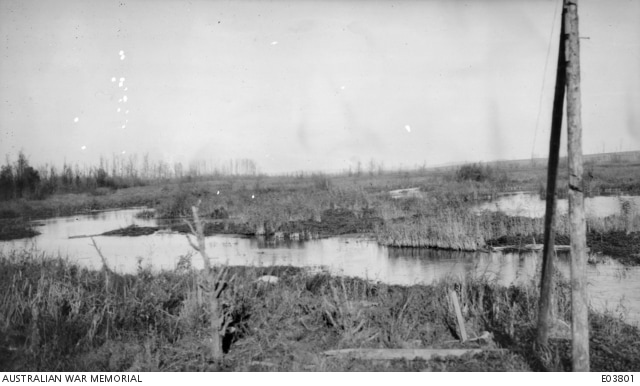 9th November 1918: The Somme marshes at Brie, showing how difficult it was for the attacking troops to obtain a crossing at this point during the operations at the end of August 1918. 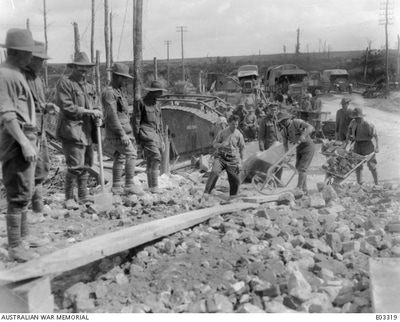 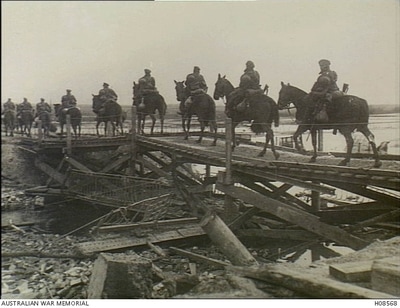 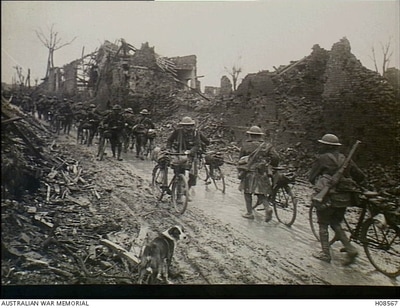 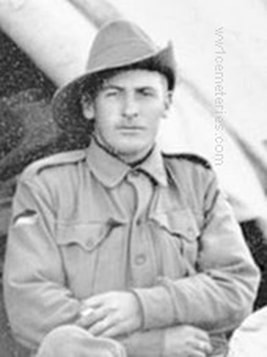 Herbert Bailey embarked from Melbourne on 7 March 1918 aboard RMS Ormonde for Suez and then to Southampton, England, before being transferred to the 50th Battalion. Pte Bailey, a news vendor from Thebarton, South Australia prior to enlistment, joined his battalion on the Western Front near Villers-Bretonneux. Pte Bailey was wounded in action on 13 September 1918, died of these wounds the same day 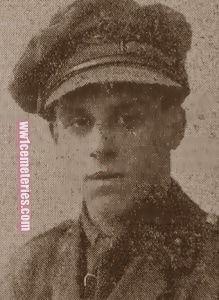 "For conspicuous gallantry and devotion to duty during several days of active operations when he handled his section with marked ability, keeping such close touch with the field batteries that, at much danger to himself and his section, he prevented low flying aeroplanes machine gunning our batteries. His personal courage and resource offered a splendid example to his men." 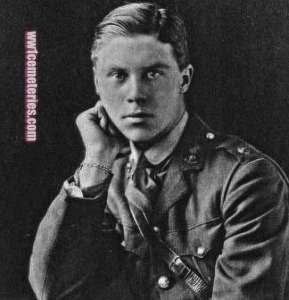 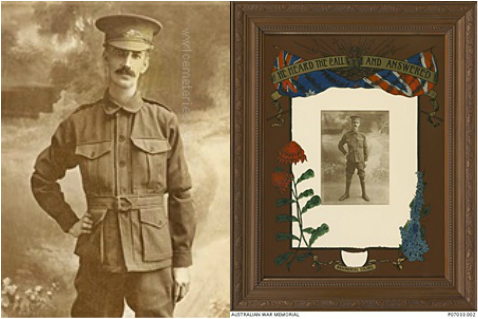 Originally a member of 1st Anzac Cyclist Battalion, of Wattle Flat, NSW. A timber carter prior to enlistment, he embarked with the 4th Reinforcements on HMAT Anchises (A68) on 24 August 1916. He later transferred to the 4th Machine Gun Battalion and attained the rank of corporal in July 1918. On 18 September 1918, near Jeancourt, he was severely wounded in both legs during an advance. He later died of these wounds. 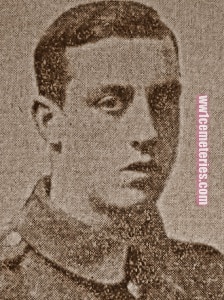 ​Arthur was admitted to a Red Cross Hospital on the 24th September 1918 suffering from severe wounds to both arms and abdomen, he died the following day. 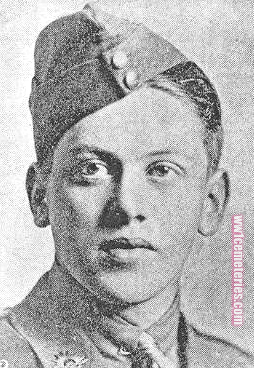 Son of Thomas E. and Charlotte Machin, of Queenstown, Tasmania. Native of Melbourne. 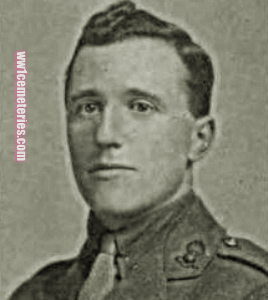 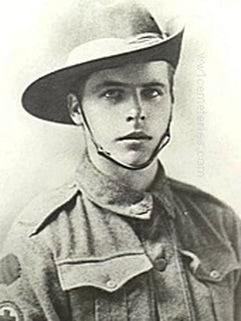 From Hawthorn, Victoria and an 18 year old clerk prior to enlisting on 17 July 1915, he embarked for overseas with the 13th Reinforcements of the 2nd Divisional Signal Company from Melbourne on 5 January 1916 aboard HMAT Afric. Following training in Egypt with the 4th Divisional Signal Company, he transferred to the 12th Field Ambulance and deployed with them to France in June 1916. He was wounded in action at St Quentin, France on 18 September 1918 and died of wounds two days later. 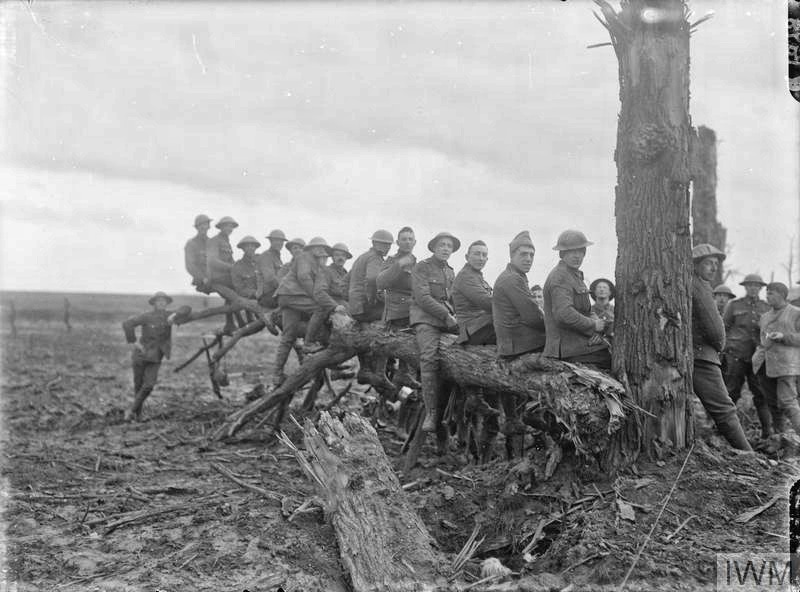 Party of the Nottinghamshire and Derbyshire Regiment (The Sherwood Foresters) near Brie, on the side of the Amiens St. Quentin (Saint-Quentin) Road, March 1917. © IWM (Q 1878) 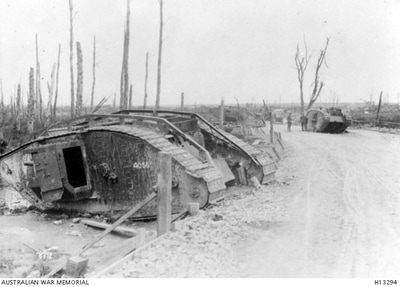 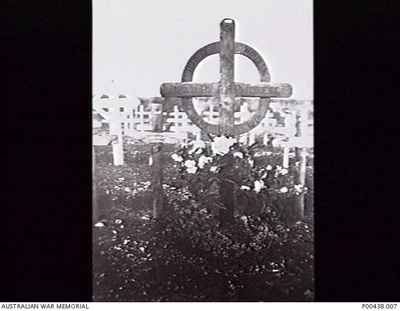 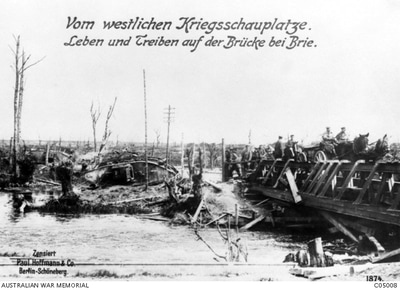