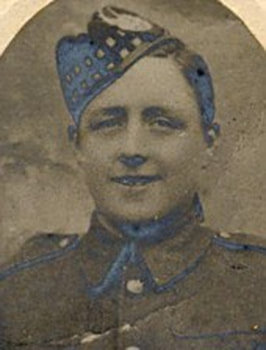 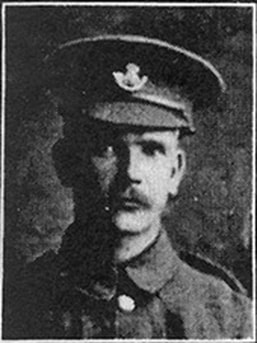 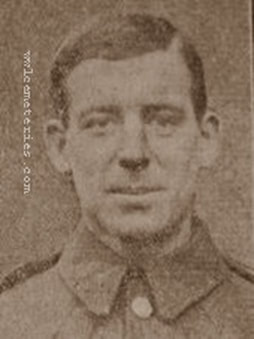 Son of Mr. and Mrs. Fairburn. A widower, he lived with his wife's parents and two children at 30 Clifton Street, Burnley. 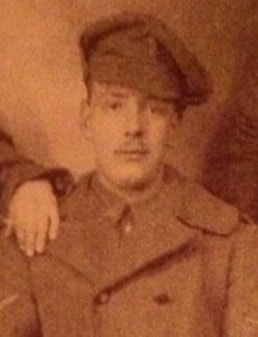 Son of Joseph and Jane Farrer, of 15, Lochrin Terrace, Edinburgh. Native of Edinburgh. 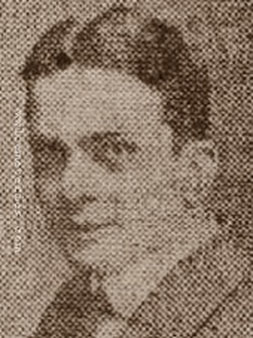 Son of Mr. and Mrs. Albert Fisher, of Loughborough. 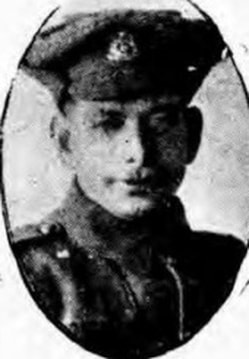 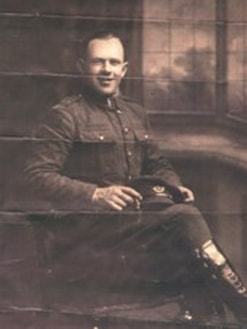 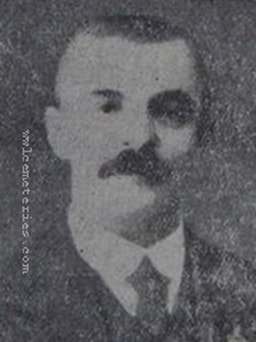 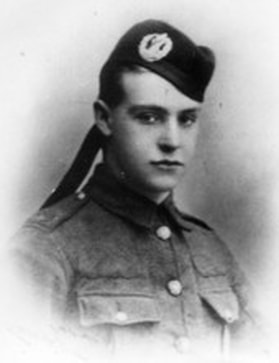 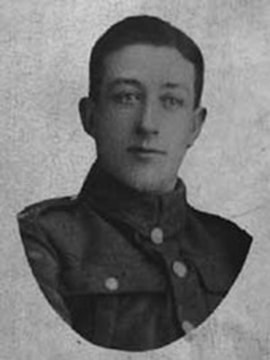 Son of Edward and Fanny Francies; husband of Lily May Francies, of 47, Pond Lane, Wolverhampton. 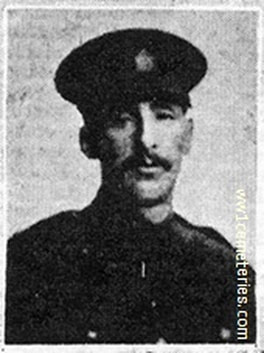 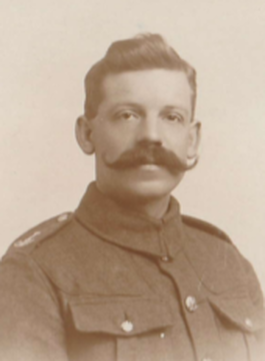 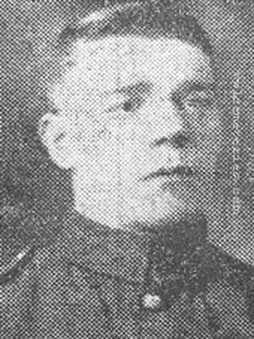 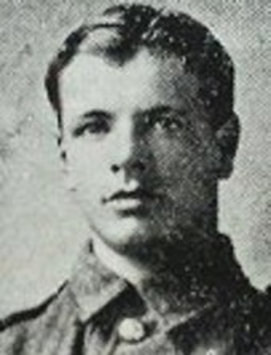 Son of Mr and Mrs Peter and Mary Graham, of 45 Calder Street, Motherwell, Lanarkshire. Dougald had a brother John who was killed in action. 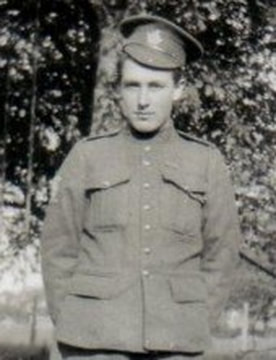 Son of Mr. and Mrs. William Green, of Parkhill, Ontario. 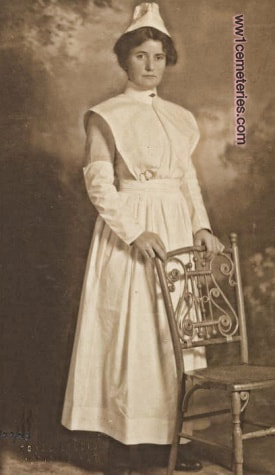 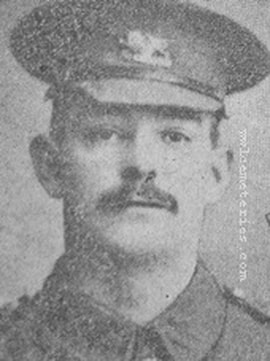 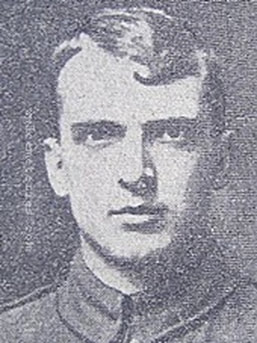 Died of wounds received on the first day of the Battle of the Somme, he had lain in no man's land for 4 days before being found. 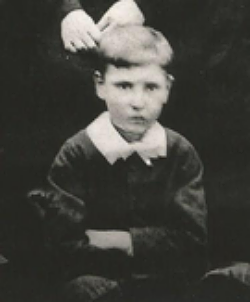 Albert was born in 1995 to John K. Grover and Elizabeth K. Grover ( nee Heather ) of 17, Town End St., Godalming, Surrey , Albert was one of six children born to the family.

His headstone bears the inscription "Sleep On Dear Son"

At the age of 15, according to the 1911 census, Albert's occupation was listed as a Tailors Apprentice at Gammons Drapery in Godalming Surrey.

He enlisted in 1914 to the Queen's 6th (Service) Bn. which was formed at Guildford as part of the First New Army (K1). He then moved to Purfleet in Essex to join the 37th Brigade, 12th Division and then moved to Hythe near Southampton in Hampshire. In February 1915 he moved to a camp in Aldershot and was mobilised for war in May 1915 and landed at Boulogne in France.

In early 1918 he returned to England and on 10th February 1918 he married Florence Victoria Kate Heather, who was   born in 1897 in Guildford , Surrey. The marriage certificate records that Albert was with ‘D’ Company, Surrey Yeomanry in Suffolk .The battalion was in France and took part in the Battle of Arras and Amiens. By the cease fire and end of the War in November 1918, Albert had been wounded and was being treated at the Military Hospital in Étaples in Northern France.

In early November 1918 his wife, Mrs Florence Grover, was brought to see Albert at the hospital. She caught the mysterious respiratory infection ( Spanish Flu ) and died on 26th November 1918 . Albert  also caught the same influenza; and died on 17th December 1918 and was buried in Étaples Military Cemetery.

Unusually Florence was buried in the same Military Cemetery and is buried in Plot LI. C. 1. Loving daugher of Ernest J. Heather and Louise K. Heather. Her headstone bears the inscription "In Loving Memory Until The Day Breaks And The Shadows Flee Away" 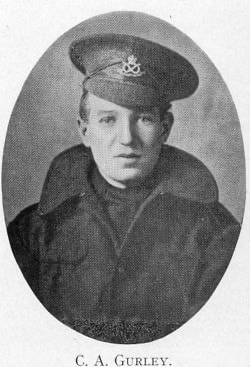 Only son of Arthur Charles and Selina B. Gurley, of Aston, Birmingham.

​His headstone bears the inscription "His Country Called He Nobly Answered"

The information below supplied by 'The Ellesmerian Club', the alumni organisation for Ellesmere College where Charles was a pupil.

Charles Arthur Gurley, the only son of Arthur and Selina, was born on 11th January 1896 in Aston, Warwickshire. His father was a baker (who died when Charles was only twelve years old) and Charles’s early education was at the Aston Manor Council School.

Charles was admitted to Ellesmere College in October 1910 and was allocated to the ‘Heywood’ dormitory and Form Upper II under the guidance of Mr. Sinclair.

Records of the time show that he was an accomplished sportsman. He represented the college and his dormitory in various rugby teams, usually as a half-back, earning his full Colours. His performance in the 1912 season was summarised by one commentator: “Should pay more attention to the wing man. Tackles well and recovers quickly when beaten. Has some useful tricks and uses his head well”.

Charles was also to represent his dormitory in cricket and hockey. At the 1912 Sports Day Athletics he took part in the 100 yards flat race, the hurdles and the 880 yards flat race.

Charles left Ellesmere in December 1912 and we do not know how he had anticipated his life and career developing at this stage. He enlisted in 1914, soon after the outbreak of war, as Private Gurley, Service No: 8844 (later changed to No:200430) in the 1/5th Battalion, the South Staffordshire Regiment, a territorial unit based in Walsall serving with the Staffordshire Brigade in the North Midland Division.

He completed his basic training and, on 3rd March 1915, he was mobilised for war, landing in Boulogne two days later as part of the first complete Territorial Division to arrive in a theatre of war. Here they joined the British Expeditionary Force in the Ypres Salient and first saw action at Wulverghem in April. They were in action during the German liquid fire attack at Hooge and the attack at the Hohenzollern Redoubt in October.

Charles was wounded at the Battle of Loos in September 1915 but recovered and returned to active service. It would have been around this time that he was promoted to Lance-Corporal.

On 23rd December, the unit was ordered to proceed to Egypt by way of Marseilles leaving the Divisional Ammunition Column, the Divisional train and the mobile veterinary section behind. All units had arrived at their destination by 13th January 1916 but they had only been there for a few days when orders were received instructing them to return to France.

On the 1st July 1916, they took part in the diversionary attack at Gommecourt. In 1917, they were involved in many operations, including the Battle of the Somme where Charles was seriously injured in March.
Charles died of the wounds he received on 4th April 1917. He was buried at St. Etaples Military Cemetery. He was awarded the Victory Medal, the British War Medal and the 1915 Star. His life is commemorated on War Memorials at Aston Brook and at Ellesmere College. 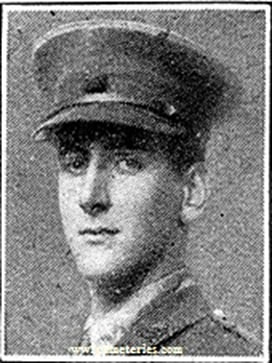 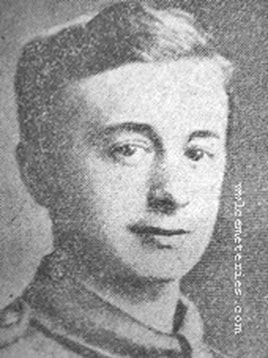 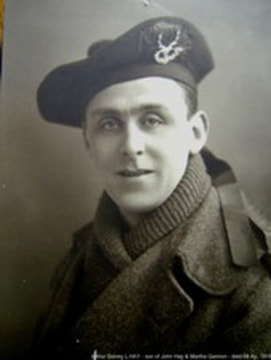 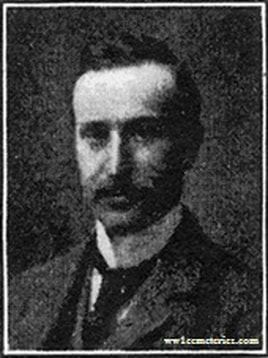 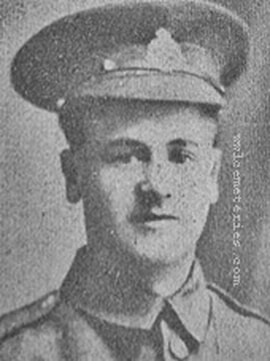 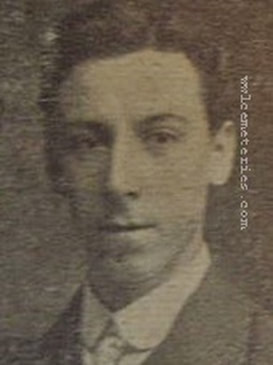 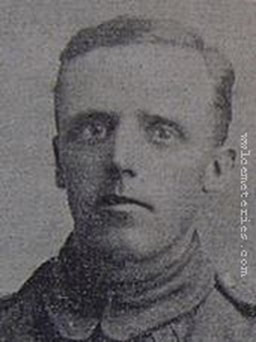 A weaver at Messrs. Walmsley's Peel Mill, Rosegrove prior to enlisting, he was married with one child. He died from wounds to the "lower part of his body." 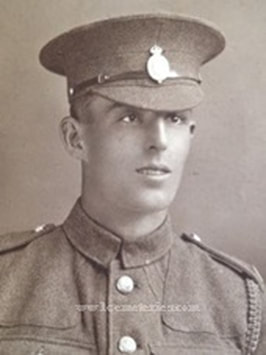