Hagle Dump Cemetery is 7.5 Kms west of Ieper town centre on the Sint Pietersstraat, a road leading from the N308 Poperingseweg, connecting Ieper to Poperinge. From Ieper town centre the Poperingseweg (N308) is reached via Elverdingsestraat then directly over two small roundabouts in the J. Capronstraat. The Poperingseweg is a continuation of the J. Capronstraat and begins after a prominent railway level crossing. 6 Kms along the Poperingseweg, after passing through the villages of Vlamertinge and Brandhoek, lies the right hand turning onto Galgestraat. 1 Km along the Galgestraat lies a staggered crossroads. The cemetery lies 300 metres after this crossroads on Sint Pietersstraat.

Elverdinge was behind the Allied front line throughout the war, and Hospital Farm and Ferme-Olivier Cemeteries, both in the commune, were used in the earlier years for Commonwealth burials.

The cemetery, which was begun in April 1918, during the Battles of Lys, was named after a nearby stores dump. It was used by fighting units and field ambulances until the following October and was enlarged after the Armistice when more than 200 graves were brought into Plots III and IV from the battlefields of the Ypres Salient and the following cemetery:-

BRIELEN MILITARY CEMETERY, which was close to the South side of Brielen village, contained the graves of 31 French soldiers, 16 from the United Kingdom and four Canadian, and was used from April 1915 to September 1917.

The graves of 26 American soldiers, who fell in July-September 1918, and two French soldiers were removed to other burials grounds.

Hagle Dump Cemetery contains 437 Commonwealth burials of the First World War, 139 of which are unidentified. 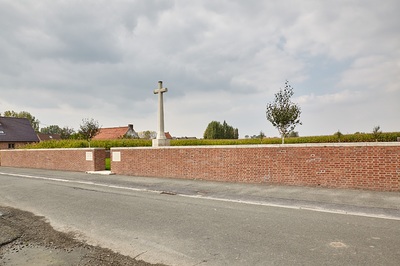 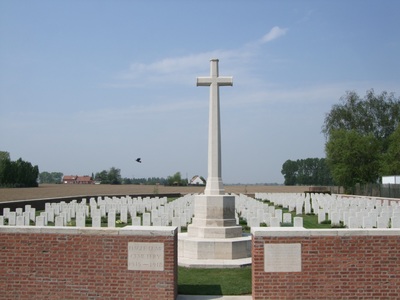 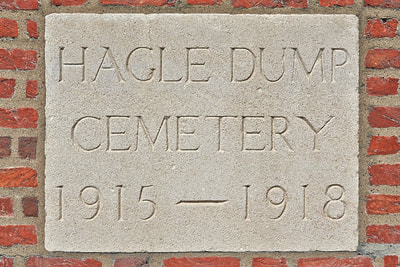 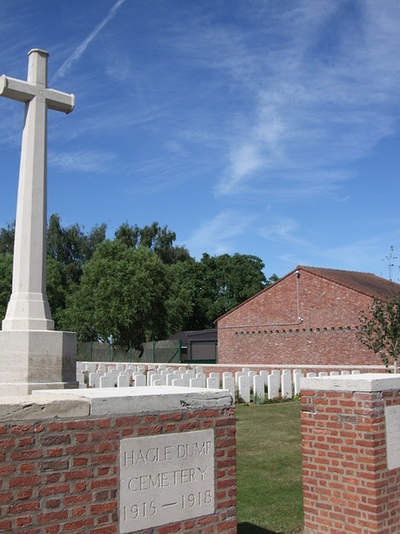 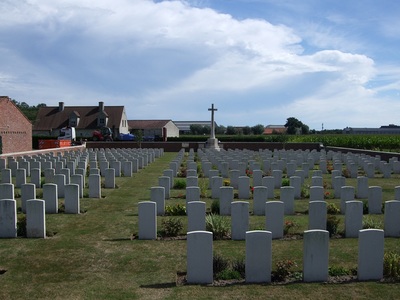 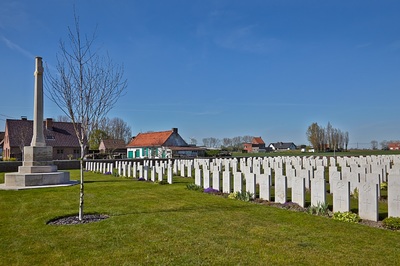 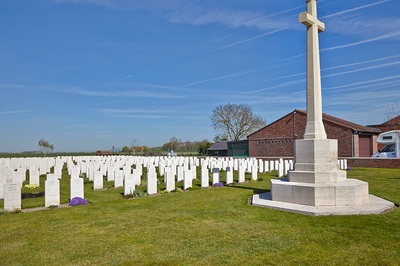 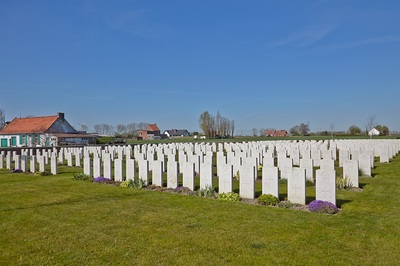 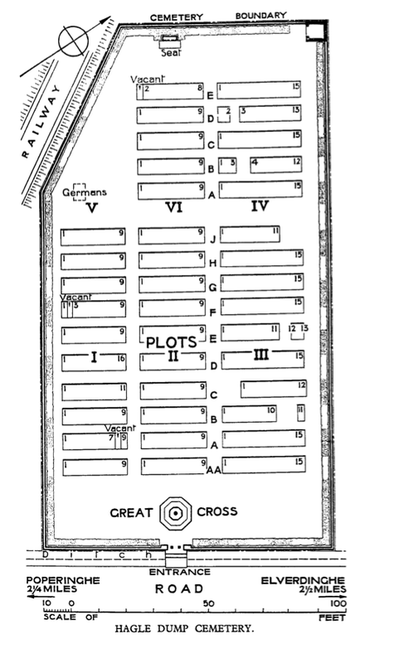 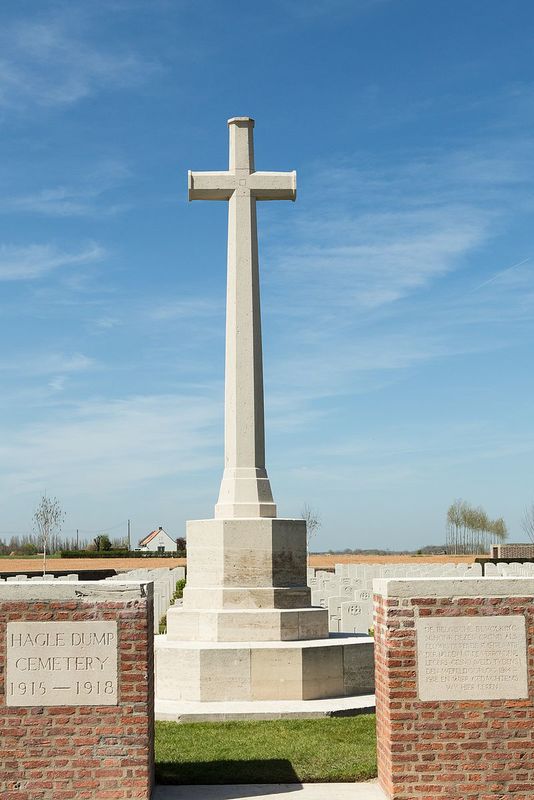 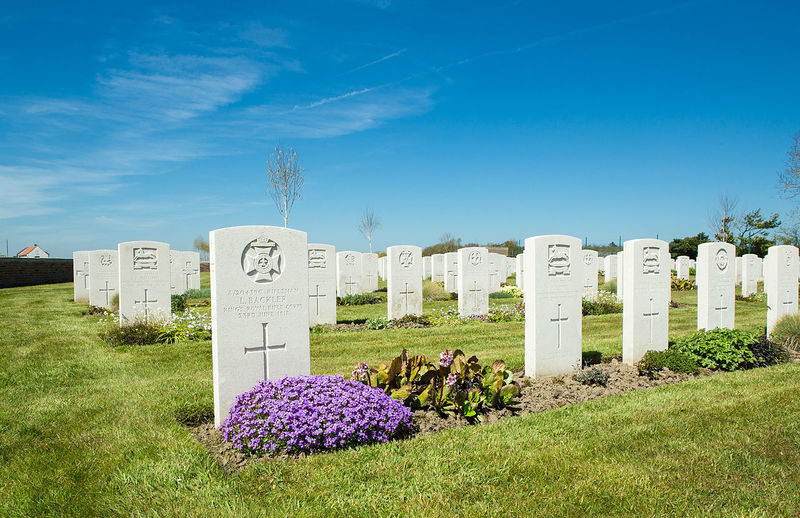 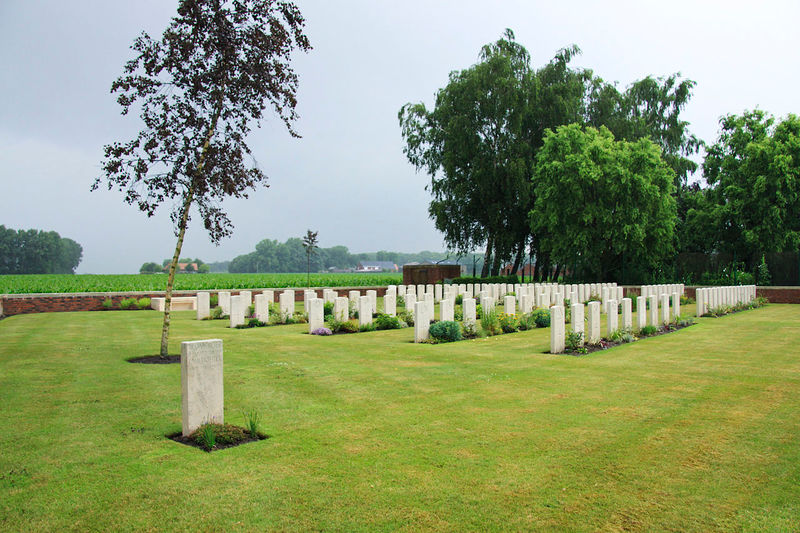 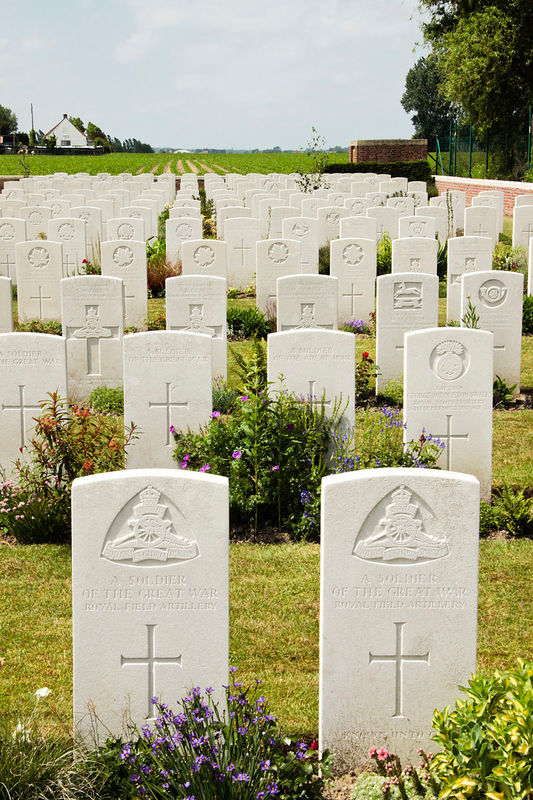 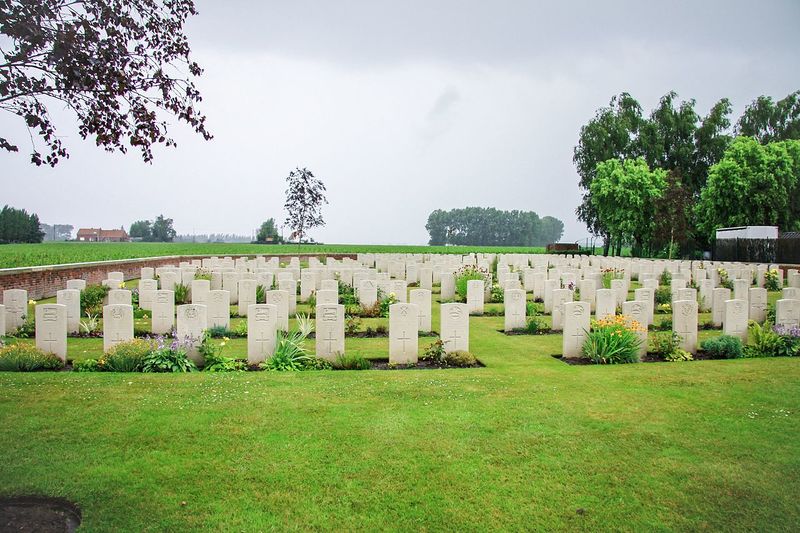 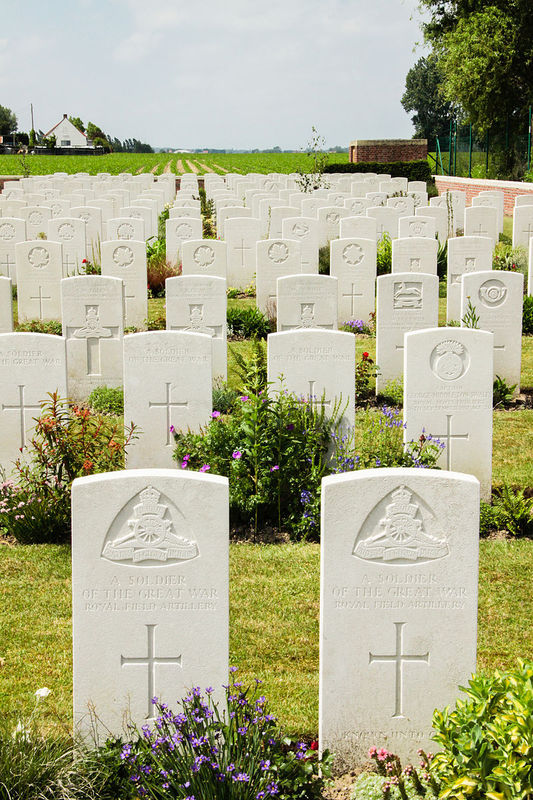 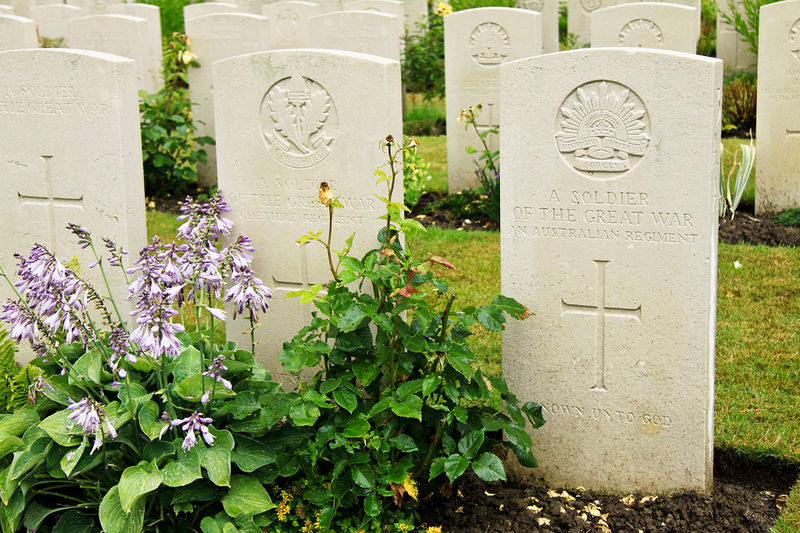 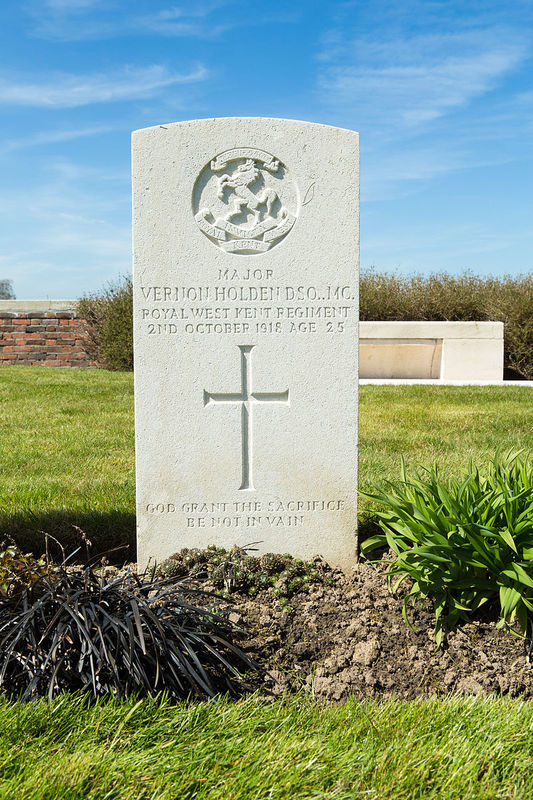 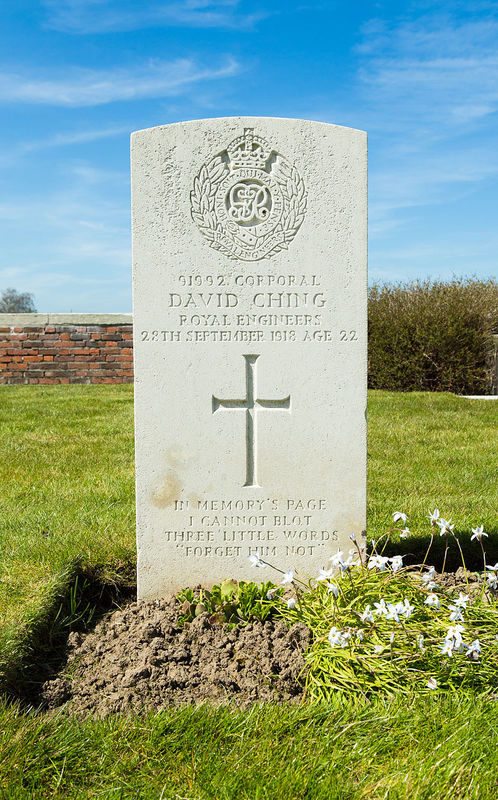 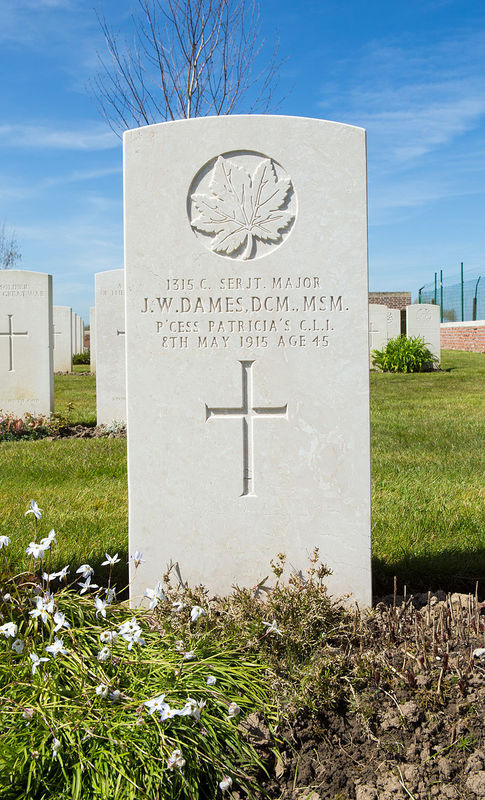 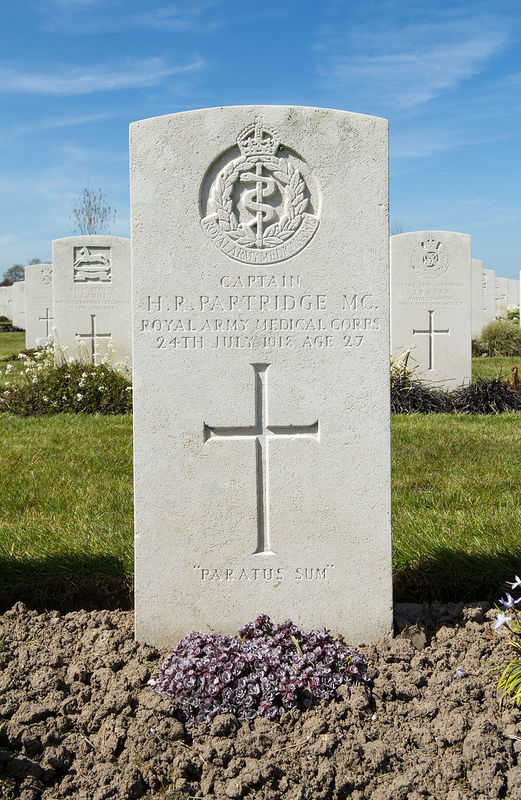 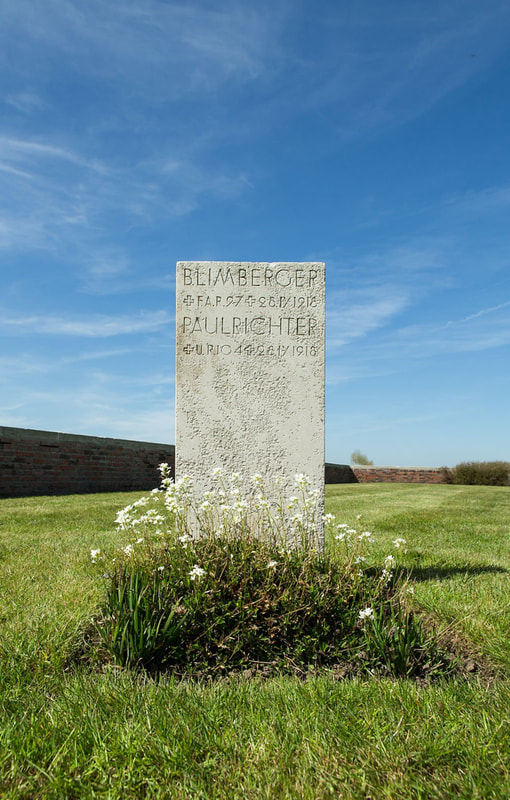 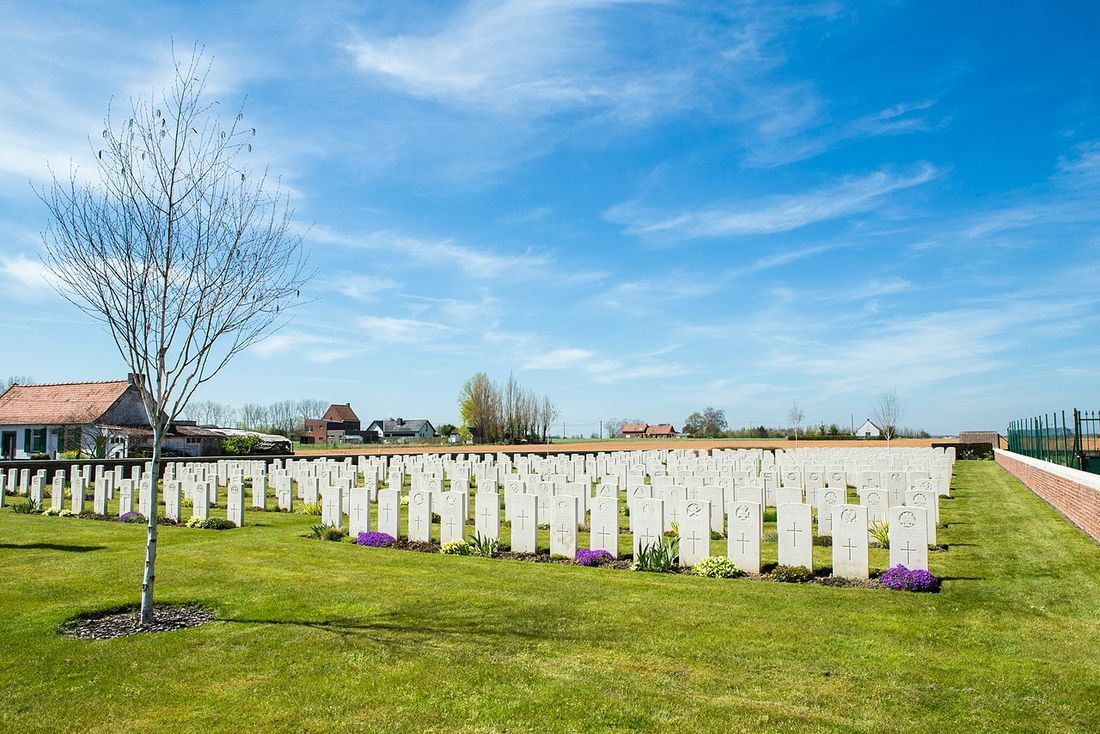 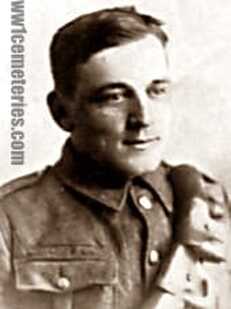 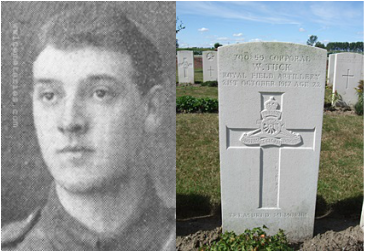 Son of Fred and Emma Tuck, of 53, Devonshire Rd., Burnley.

45980 Private Walter Dossett 1st/4th Bn.  York and Lancaster Regiment, executed for desertion on 25th June 1918, aged 22. Plot I. E. 7. Son of William and Lily Dossett, of Sheffield. Absented himself during the Ludendorff Offensive in 1918.  He had previously served as a Machine Gunner with 3 different Companies, one of which provided the firing squad.  (Putkowski, p 247)​
​