Le Vertannoy is a hamlet nearly 1 kilometre west of the village of Hinges, which is a small village 2 kilometres north west of the town of Bethune in the Department of the Pas-de-Calais. From the church in Hinges head north-west towards Gonnehem and after 500 metres turn left. The cemetery is approximately 200 metres on the left.

The cemetery was begun in April 1918, during the Battles of the Lys, and was used by field ambulances, burial officers and fighting units until the following September.

The cemetery was designed by W C Von Berg 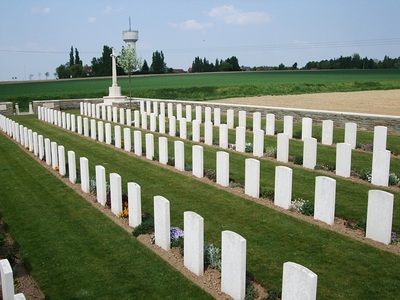 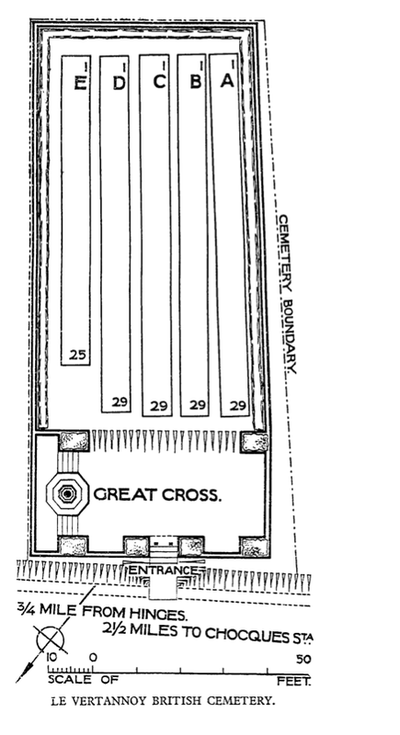 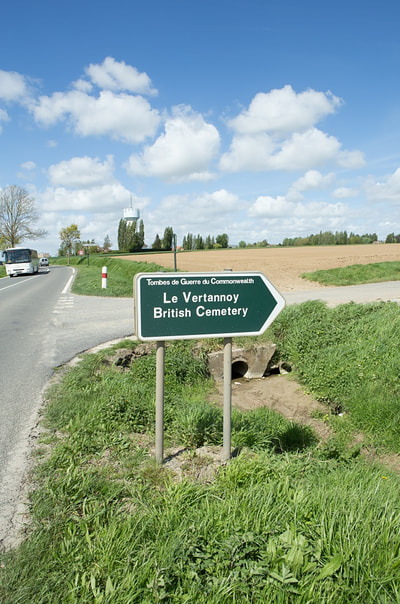 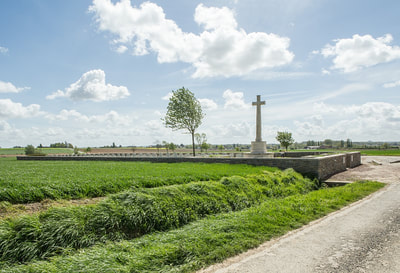 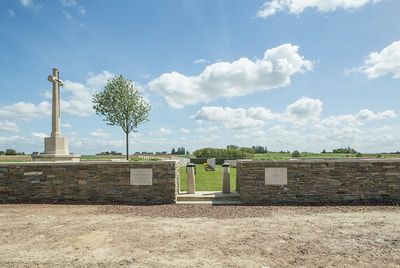 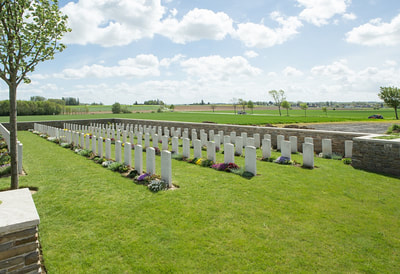 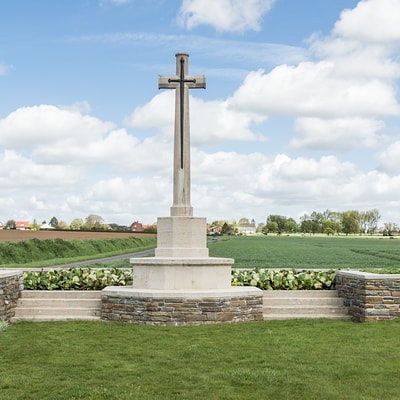 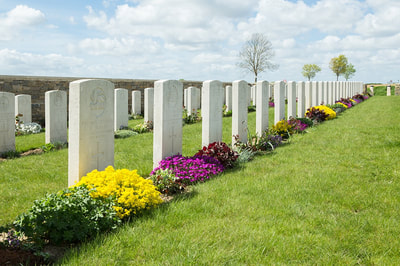 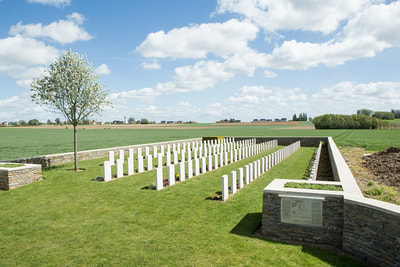 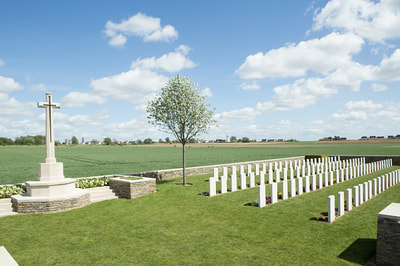 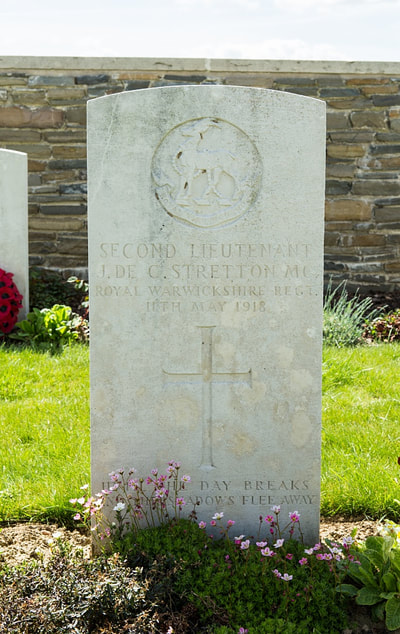 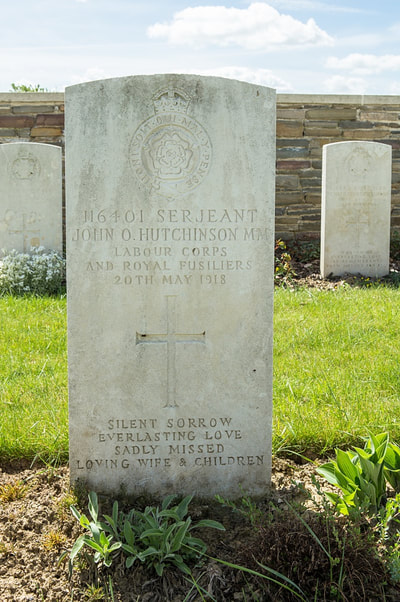 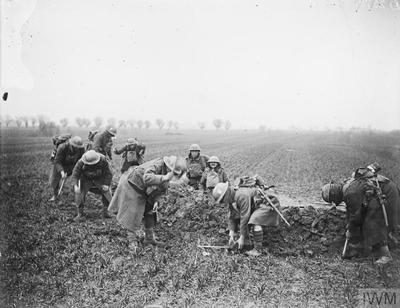 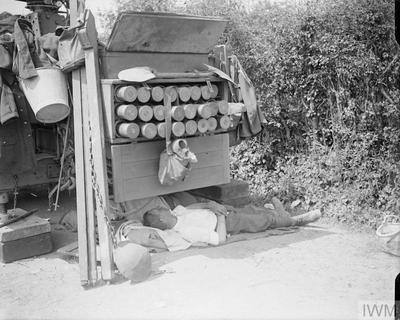 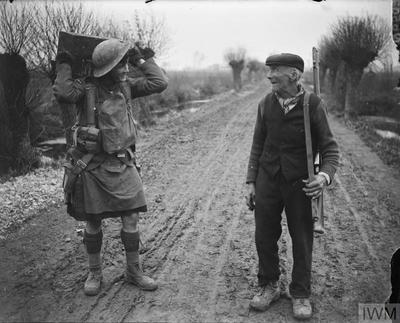 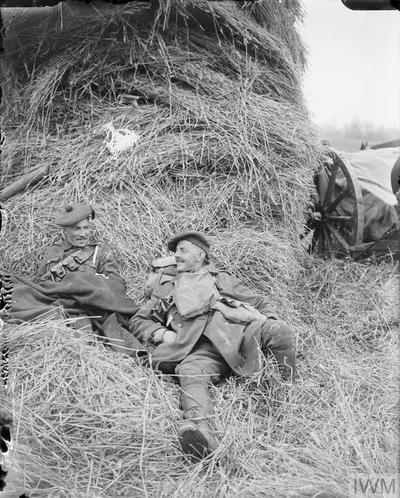 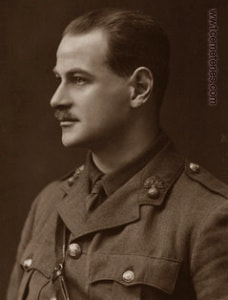 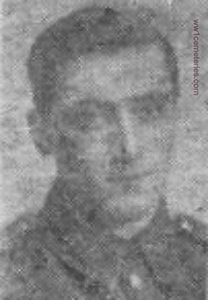 ​His headstone bears the inscription; "He Bravely Answered Duty's Call And Gave His Life For One And All." 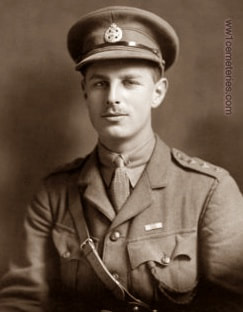 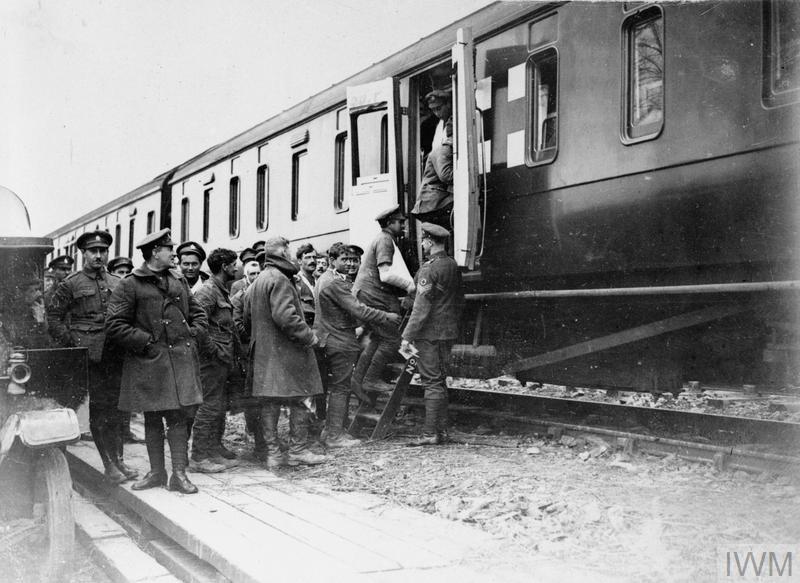 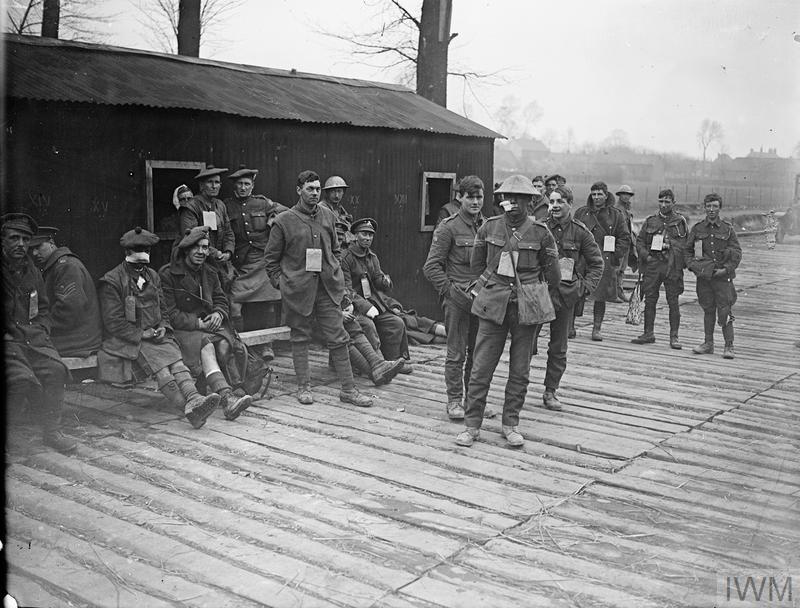 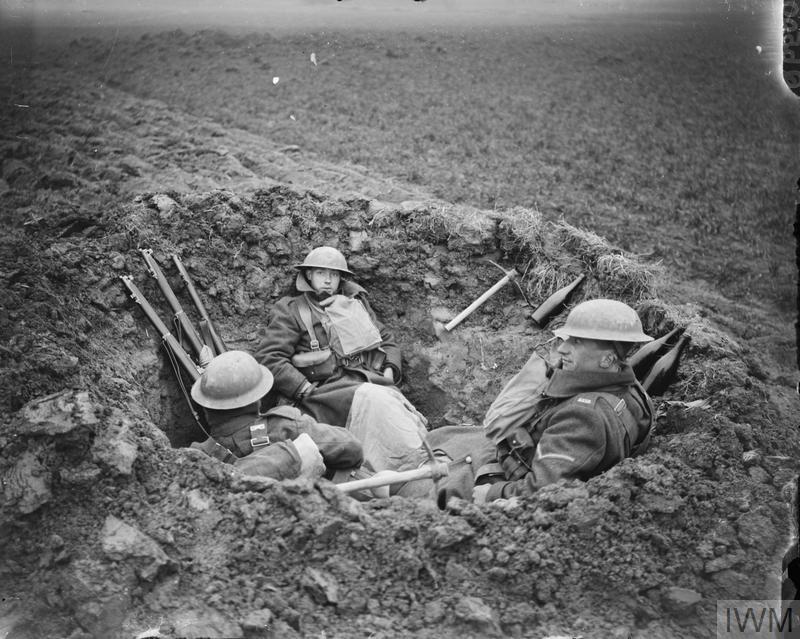