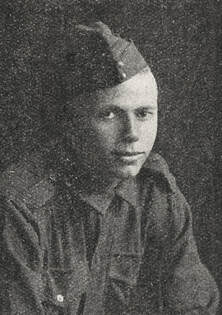 Inscription "Willingly Gave His Life For The Benefit Of His Comrades"

Studio portrait of 236 Private Hugh Creagh Massy Carter, 1st Battalion of Smithfield, NSW. A storekeeper prior to enlisting, he embarked from Sydney aboard HMAT Afric (A19) on 18 October 1914. 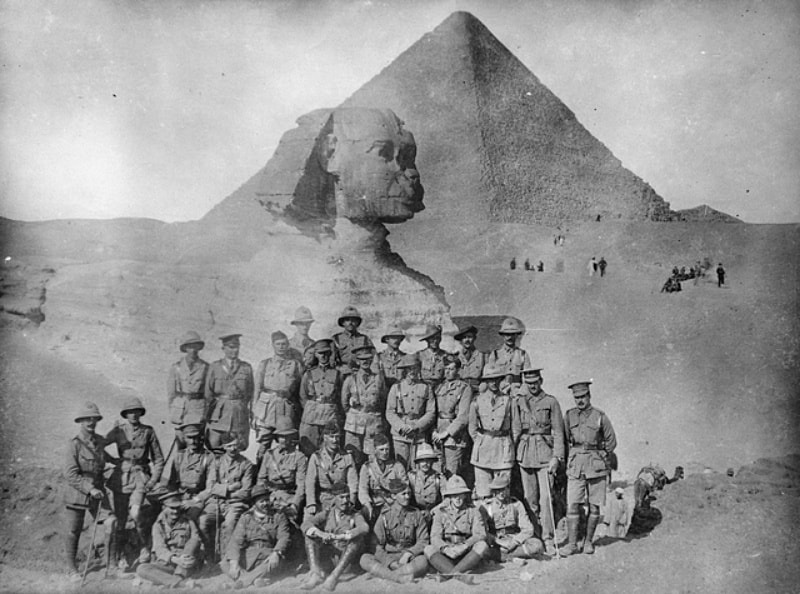 Group portrait of officers of the 5th Battalion in front of the Sphinx at the foot of the Pyramids.

In the front row, 3rd from the left is Captain Sydney Reynold Clement, 5th Bn. Australian Infantry, A. I. F. who was killed in action on 26th April 1915, aged 42. Plot I. F. 9. Son of the late Maj. Reynold Clement and Mrs. Clement, of Ascot, Berks, England; husband of Gladys Clement, of 31, Stow Park Avenue, Newport, Mon., England. Served in the South African Campaign. Inscription "Greatly Loved" 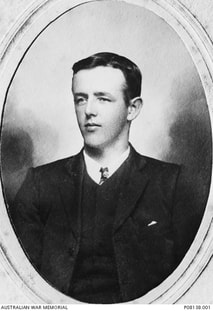 Inscription "He Liveth For Evermore"

Pre enlistiment studio portrait of 1677 Private (Pte) Charles Edwin Joseph Clues, 11th Battalion, of Sale, Vic. He was a farm labourer and horse trainer prior to enlisting in February 1915. Pte Clues embarked from Fremantle WA with the 3rd Reinforcement on board HMAT Itonus(A50) on 22 February 1915. He arrived at Anzac Cove, Gallipoli, in May 1915 and was killed in action on 12 July 1915. He was 33 years of age. Pte Edwin Clues was cousin to 652 Pte Hubert Clues also of Sale, Vic. 652 Pte Clues was killed in action at Bullecourt, France on 11 April 1917 and is buried in Queant Road Cemetery. 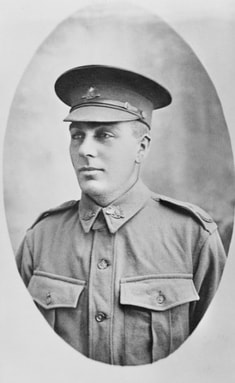 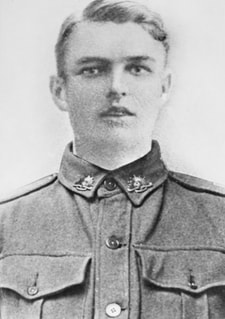 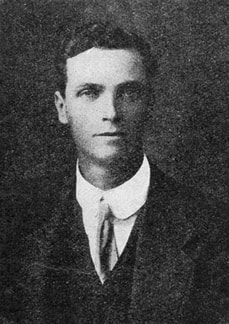 Studio portrait of 1728 Private Alfred Edward Conyers, 2nd Battalion of Burwood, NSW. A pressman prior to enlisting, he embarked from Sydney aboard the HMAT Argyleshire (A8) on 10 April 1915. Pte Conyers was killed in action on 25 July 1915 at, Gallipoli, Turkey, aged 28. 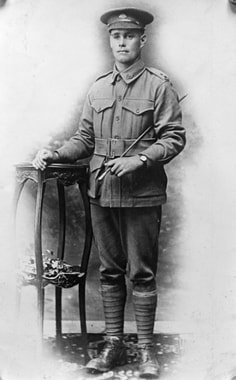 Studio portrait of 643 Private (Pte) Leslie Cormick, 4th Infantry Battalion of Ashfield, NSW. Pte Cormick embarked on 2 October 1914 on HMAT Euripides. He was killed in action on 6 August 1915 at Lone Pine aged 30. Leslie Cormick was a childhood friend of Sister Imlay. This is a photograph from Sister Imlay's collection held in the Private Records Collection 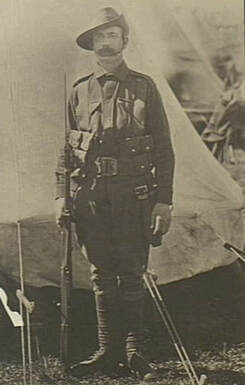 Inscription "May His Soul The Mercy Of God Rest In Peace"

Outdoor portrait of brothers Oliver and Joe Cumberland on camels near the Sphinx and Pyramids. The brothers served in the 2nd Battalion and both died at Gallipoli. A stockman prior to enlistment, 1087 Private (Pte) Oliver James Cumberland was killed in action at Lone Pine on 8 August 1915. His brother, 837 Pte Joseph Hilton (Joe) Cumberland, a fireman in civilan life, died on 5 May 1915 of wounds received at the landing on 25 April and is buried in Alexandria (Chatby) Military & War Memorial Cemetery.