Hancourt is a village in the Department of the Somme, 12 kilometres east of Peronne.

From Peronne take the D44 towards St. Quentin. Travel approximately 4 kilometres then turn left on to the D194 to Cartigny. Go through the village of Cartigny towards Hancourt on the D194. In the centre of Hancourt turn right and at the end of the road turn left, when the cemetery will be found on the left hand side of the road.

Hancourt was captured by the Australian Corps in the middle of September 1918. The British Cemetery was made by Australian units in September 1918, and these original graves are in Row B, C, and D; but it was enlarged after the Armistice by the concentration of graves from the battlefields in the immediate neighbourhood and from the following cemetery:-

ESTREES-EN-CHAUSSEE BRITISH CEMETERY, which was immediately South of Estrees village. It contained the graves of 26 soldiers from the United Kingdom and two from Australia, who fell in September, 1918.

The new graves are mainly of March and September 1918.

There are now over 100, 1914-18 war casualties commemorated in this site. Of these, nearly one-fifth are unidentified and special memorials are erected to four men of the 7th Northants, believed to be buried among them.

The Cemetery covers an area of 586 square metres and is enclosed by a brick wall. 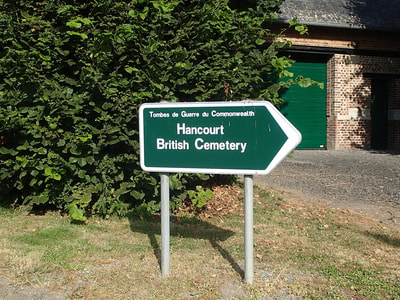 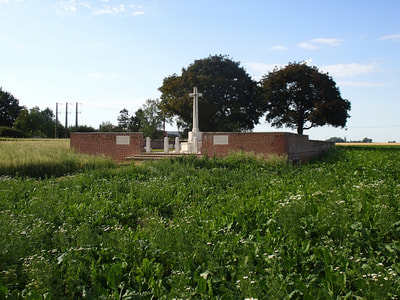 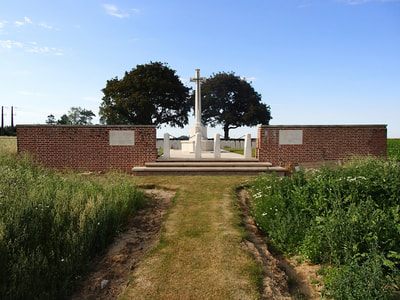 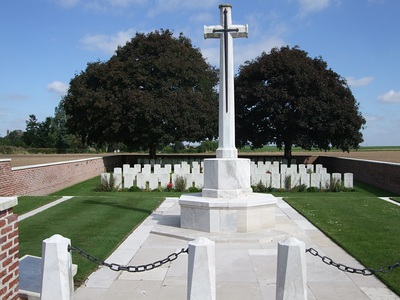 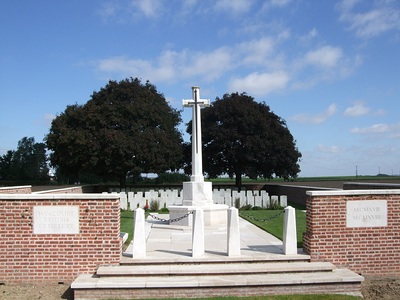 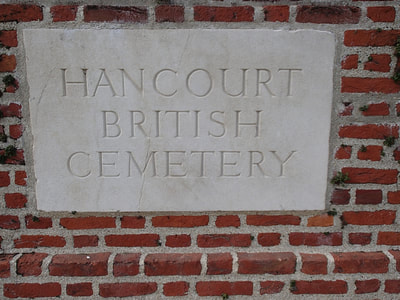 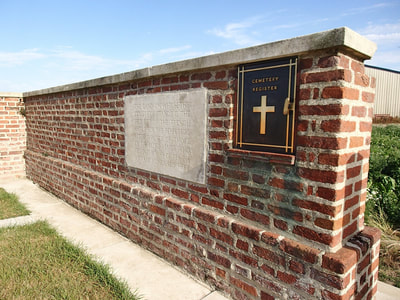 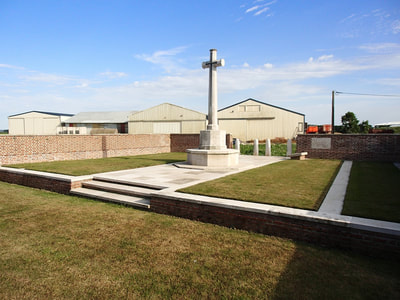 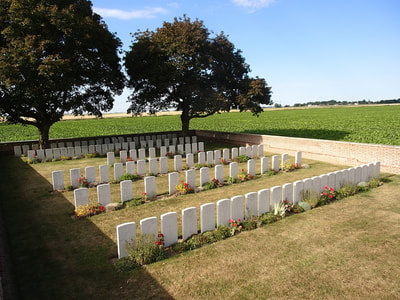 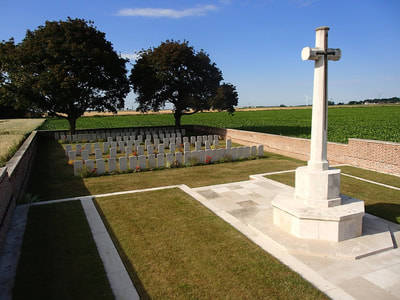 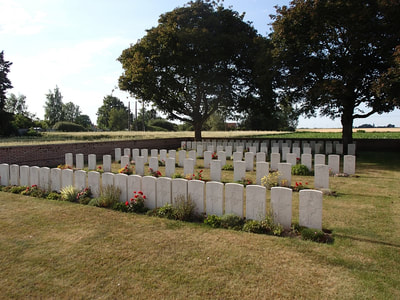 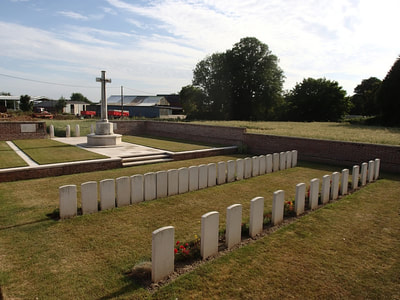 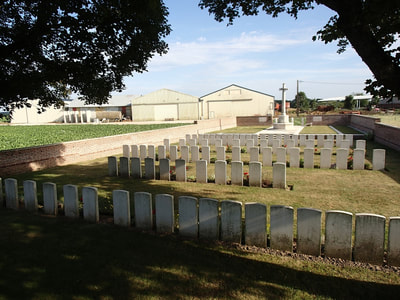 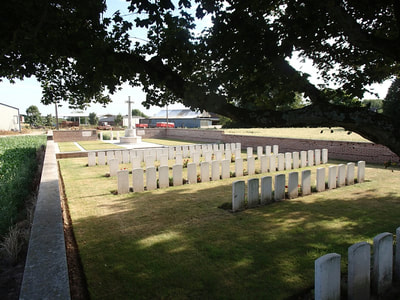 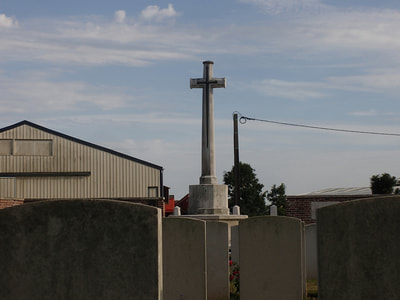 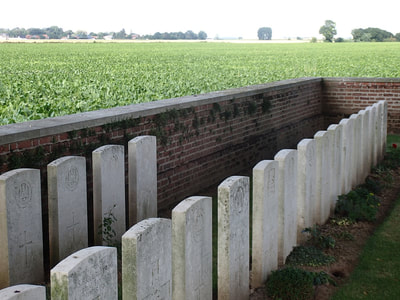 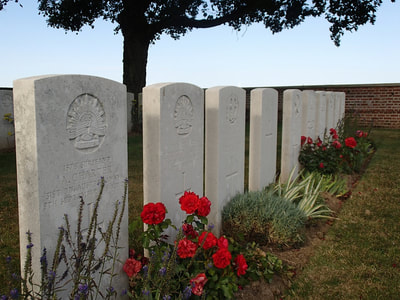 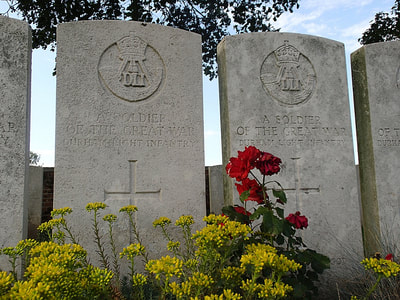 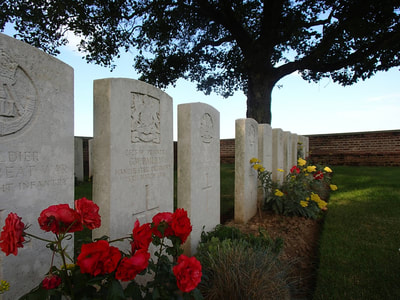 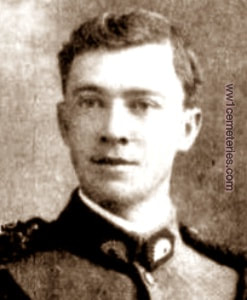 ​His headstone bears the inscription; "To Live in Hearts We Leave Behind Is Not To Die." 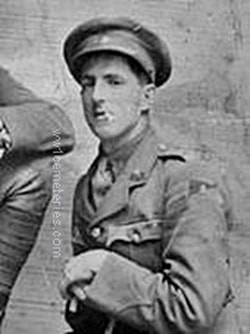 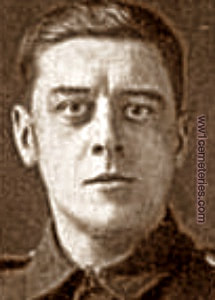 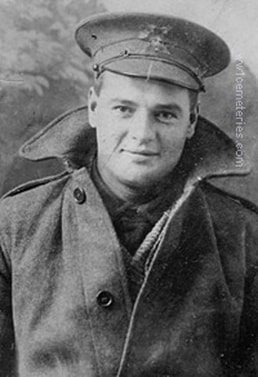 From Mudla Murra, SA. A farmer prior to enlistment, he embarked with the 10th Reinforcements from Melbourne aboard HMAT Aeneas on 30 October 1917. Later transferring to the 48th Battalion, Pte Jenkins was wounded in the battalion's last battle of the war during the seizure of the Hindenburg 'outpost line' on 18 September 1918. He died later the same day, aged 19. 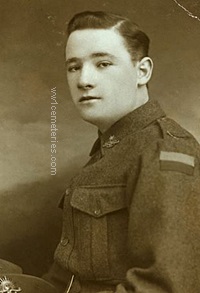 A clerk from Clifton Hill, Vic prior to enlistment, Pte Johnstone embarked with the 7th Reinforcements from Melbourne on RMS Persia on 10 August 1915. Later promoted to Sergeant, he died on 20 September 1918, aged 23, of wounds received in action, and was buried in the Hancourt British Cemetery, France. Two brothers also served in the AIF. 738 Corporal Donald Wallace Johnstone, 5th Battalion, was killed in action on 11 December 1916, he is buried at Beaulencourt British Cemetery and 847 Lieutenant Thomas Watt Johnstone MC, 8th Battalion, returned to Australia on 22 August 1919. 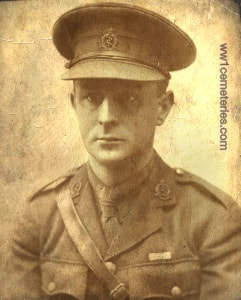 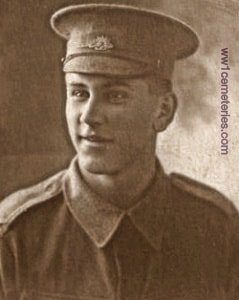 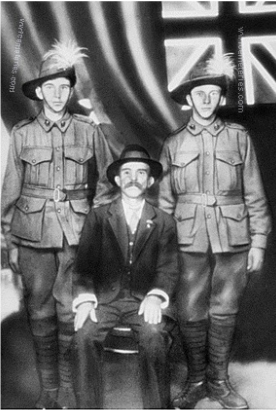 His headstone bears the inscription; "In Memory Of The Dearly Loved Son Of Mr. E. G. Watts, Of Brisbane."

358 Private (Pte) Frederick Watts (left) and 359 Pte George Ernest Watts (right) with their father Ernest George Watts. Both men were grooms from Ascot, Queensland prior to enlistment and embarked with B Company, 15th Battalion from Melbourne on HMAT Ceramic on 22 December 1914. Pte Frederick Watts was wounded in action at Gallipoli and, following his return to duty was awarded the Military Medal "for conspicuous gallantry in action near Villers-Bretonneux....His cheerfulness and gallantry throughout the tour of duty in the line greatly inspired all the men around him." Later promoted to Lance Sergeant, he died of wounds received in action and was buried in the Hancourt British Cemetery, France. Pte George Watts was killed in action at Gallipoli on 9 May 1915 and, having no known grave, is commemorated on the Lone Pine Memorial. 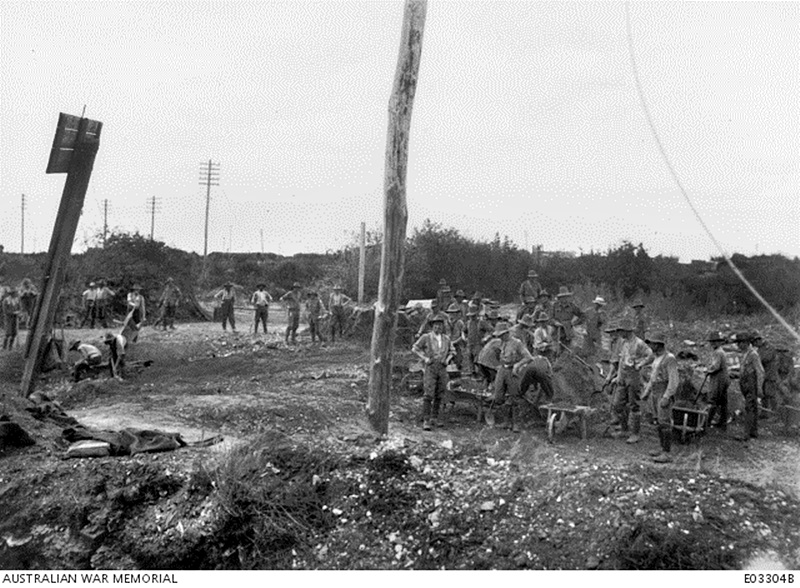 8th September 1918 - Hancourt, France. Pioneers of the 5th Division filling in mine craters at the main cross roads. The explosion of these craters was part of the German effort to delay the advance of allied troops.