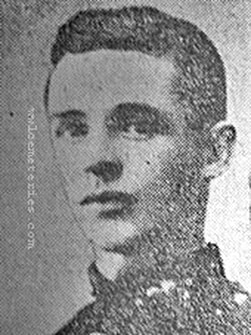 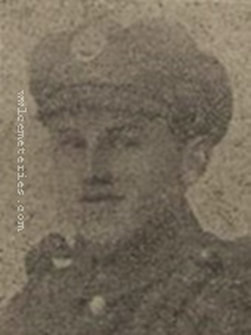 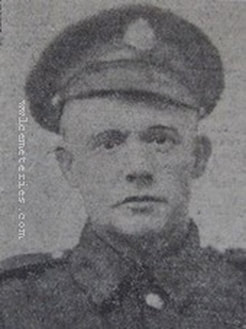 Lived at 48a Clarence Street, Burnley, he enlisted November 1914 and prior to that had been employed as a weaver at Veevers', Brierfield. He left a widow and seven children. 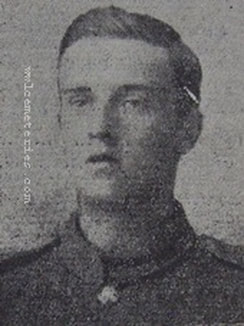 The information below supplied by 'The Ellesmerian Club', the alumni organisation for Ellesmere College where Ernest was a pupil.

Ernest Jones, a local lad born and raised in Ellesmere, was employed at the college, probably as a porter, in the months before he enlisted. Home was at 2, Sparbridge, Ellesmere where he lived with his parents, Edward, a carter / labourer, and Sarah Ann. There were seven children in the family. One child died in infancy and Ernest, born in 1895, was the youngest of four brothers. Two younger sisters were born in 1899 and 1900. All four sons saw active service in the Great War, only one of them survived.

Nothing has been discovered with regards to his Ernest’s childhood but he probably attended the National School in the town. The servitor scheme the college had run in the last few years of the 19th Century to give under privileged children an education at minimal cost had ceased to exist by the turn of the century.

The 1901 Census recorded that the family lived on Talbot Street, ten years later they had established their home at Sparbridge. Ernest was 16 years old and a ‘newsboy’.

It was only in June 1917 that he was finally called up. Very few military records have survived and it is not known where he was posted or when / where he saw action. His Medal Card indicates that he was initially embodied in the Royal Fusiliers as Private Jones, Service No: 74530. At some stage he was transferred to the Labour Corps and issued with a new Service No: 379416.

The Labour Corps was formed in January 1917 and by the time of the Armistice comprised 390,000 men accounting for more than ten per cent of the British Army strength – just under half of the ‘work force’ were employed on ‘Home Service’. Almost without exception the men employed were categorised as below ‘A1’ and were deemed not fit for front line service.  Many were men who had seen active service and who had recovered from their wounds. Labour Corps units that operated in theatres of war were often to be found within range of enemy guns and, at critical periods, they could be relied on to provide emergency infantry manpower.

Commonwealth War Graves Commission records indicate that Ernest died on 30th March 1918 and is commemorated on the Pozieres Memorial. His sacrifice is also recorded on the War Memorial at St. Mary’s Church, Ellesmere. His name will be added to the War Memorial at the college. For his military service he was awarded the Victory Medal and the British War Medal.

On 3rd May 1918, the Llangollen Advertiser published an obituary notice. It read: “Jones, Pte. Ernest. Reserve Army Infantry School.  Pte. Jones (23), who is the youngest son of Mr. Edward Jones, Sparbridge, Ellesmere prior to joining up in June last year was employed at Ellesmere College. He has been in France since last September. He is the third member of the family to pay the supreme sacrifice, and much sympathy is felt for his relatives. His only remaining brother (Percy), who has been badly wounded, has had his discharge from the army. His officer, in a letter of sympathy to his mother, said that he was killed instantaneously by a shell during the time the school had to go into the line. He (the writer) had commanded the Demonstration Company and saw a good deal of him. He was one of the hardest workers they had ever had in the Company, and everybody missed him very much. He died doing his duty for his country and helped to make the operation for which the school was put into the line a success”. 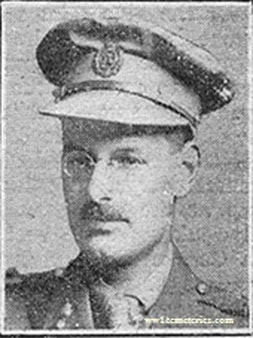 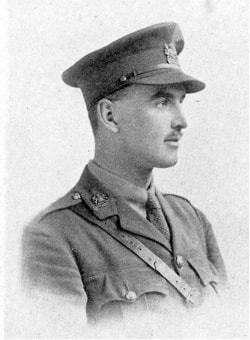 The information below supplied by 'The Ellesmerian Club', the alumni organisation for Ellesmere College where George was a pupil.
​

George Guest Lomas, the only son of the Reverend George Lomas and his wife, Eleanor, was born on 9th April 1894 at Solihull, Warwickshire.

As a clergyman, his father would be incumbent in different parishes around the country and, as such, George was to spend some time at the Blue Coat School, Hereford prior to his arrival at Ellesmere College in May 1908.

George was one of ten new boys admitted that term – and three of them were to lose their lives in the war. He took up his place in the ‘Gordon’ dormitory and whilst not much is known about his first few terms at the college, his name soon starts to be mentioned in The Ellesmerian of the time.

He was an all-round sportsman representing his dormitory in cricket and hockey, eventually captaining the champion team in March 1912. He also represented the college at hockey, playing in various positions from goalkeeper to forward, eventually gaining his full Colours. He captained the swimming team and put in an appearance with the college football 2nd XI in 1912 before becoming Captain of the 1st XI football and hockey teams in his last year.

He enrolled with the Officers Training Corps (which was officially attached to the 4th Battalion, the Kings Shropshire Light Infantry) being promoted Colour Sergeant. In 1911, he was appointed Prefect, sat his Junior Oxford Local Examinations, and joined the Debating Society where he was elected to the honorary post of ‘Sergeant-at-Arms’. Promotion within the college continued and he was appointed Prefect of School culminating in his appointment as Captain of School, before he left in the summer of 1913 to attend Trinity College, Dublin. Sadly, his mother died that year and was not to see so many of his achievements.

Upon leaving university, he returned to Ellesmere to teach for a year before he enlisted with the ‘Special Reserve’ in 1915 having been commissioned as a 2nd Lieutenant in February 1914.

He transferred to the 14th Battalion, the Manchester Regiment as Lieutenant before his last posting to the 2/6thBattalion – this was a training unit specially set up in 1914 whose main function was to train reservists for action. The unit itself was despatched to France in February 1917 and it is highly likely that George saw action in many of the Somme offensives.

The British Army sustained losses of approximately 60,000 men wounded, killed in action, or missing on 1stJuly 1916 – the first day of the Battle of the Somme.  Amongst this number were three Old Ellesmerians; Frederick Wilkinson, Frederick Payton and Edmund Outram, a direct contemporary of George.

Little is currently known about where George saw active service but he was killed in action on 22nd March 1918 and his life is commemorated on the Pozieres Memorial, France. In a letter to his father, Lieutenant Colonel Melvill wrote:

“His end was absolutely instantaneous and painless. He was in a trench encouraging and directing his men when he was shot in the forehead by a rifle bullet. I can assure you your son died doing his duty without a thought for his own safety. I have always regarded him as one of my best officers. He was much loved in the battalion by officers and men alike”.

His father received the official news of his son’s death on the 9th April – George’s birthday. At the time his father was incumbent in Cannock.

Lieutenant Lomas was awarded the Victory Medal, the British War Medal and the 1914-1915 Star. His sacrifice is remembered on the War Memorial at Ellesmere College and also, it is thought, on the Cannock Market Place Memorial although there is some work to be done to confirm if the name engraved “J.G. Lomas” should be “G. G. Lomas”. 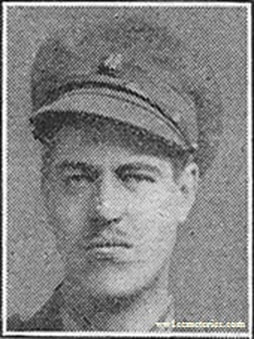 One of the war poets, his most known poem is entitled "Kismet" 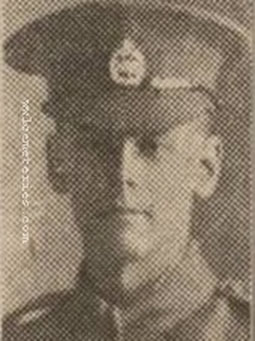 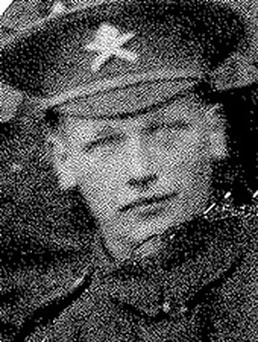 Pte Millard died on 24th March 1918. I was told many years ago by my grandmother that he was shot by a sniper's bullet but I have no written confirmation of this. 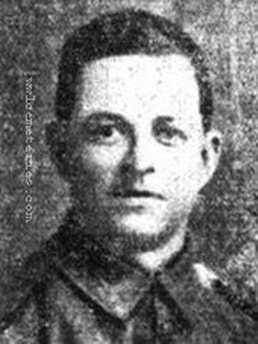 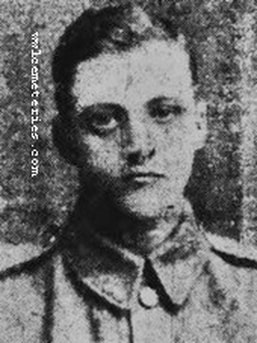 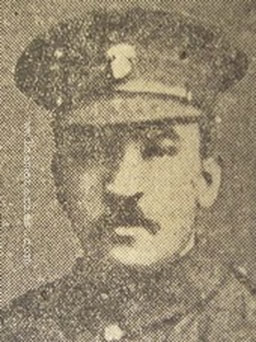 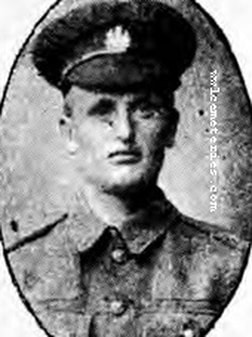 Son of Mrs. Emma Pammenter, of The Square, Quy, Cambs. 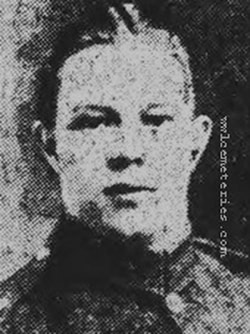 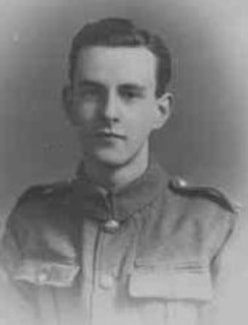 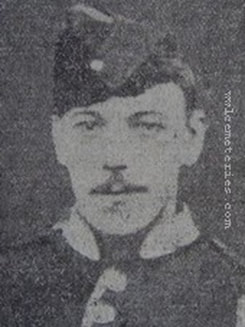 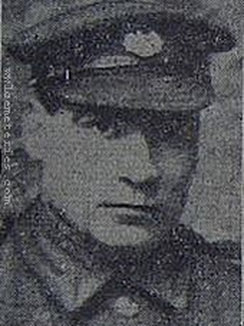 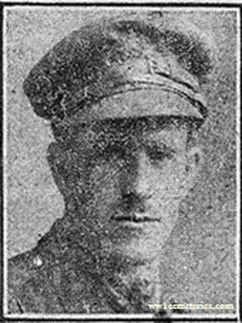 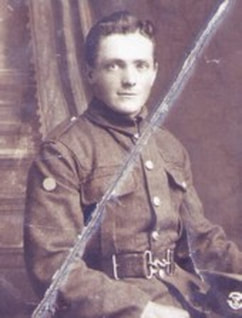 Army Form B 104-82A records that he was missing from the 21st March to the 3rd April 1918 and that his death took place between those dates. His friend reported to the family that he had been wounded and had been taken to a field hospital. Shortly thereafter the hospital received a direct hit and there was no record or knowledge of his whereabouts after that time.

Picture courtesy of Christopher Hutchinson, great nephew of this soldier 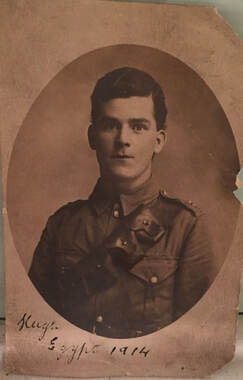 Born in Castleton and an iron moulder by trade, Hugh was already a member of the local territorial force - the Lancashire Fusiliers - when war was declared. He left for Egypt with 1/6 Lancashire Fusiliers on 9th September 1914. One of the first territorial units to go overseas.
​
In May 1915 the Battalion arrived in Gallipoli where Hugh was injured and shipped back to UK in August suffering from wound in thigh, septic wound in right hand and dysentery.  He recovered and had home leave that Christmas.

From then his records are lost but he must have rejoined the Battalion back in Egypt in 1916 - arriving in France in April 1917. The Battalion fought at the battle of Passchendaele in September that year, suffering heavy losses during the attack on Beck House and Borry Farm.

He finally lost his life on 21st March 1918 at Templeux-le-Gerrard near Roisel on the opening day of the Spring Offensive. 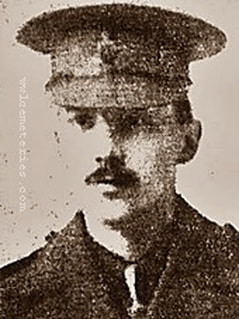